The work that comprises Yes, But Bigger! is the marriage of Isabel Santos’ confidence as an artist and the leap she makes into unknown territories. Though cradled by the typical motifs she enjoys and has been working on for the past few years — vintage comics, deconstructed imagery, a female gaze into feminized figures, she too has embraced the parts of uncertainty, where she feels her weakest. Here, the fear of “messing things up” becomes part of her process, as does the scaling up of the work she makes.

“Yes, but bigger!” is a common comment given by advertising executives and creative directors, often commanding the poor artworker to scale up elements, fighting for the consumer’s increasingly short attention spans. Here, Santos battles with herself and her inner critics, making the studies of her work bigger, translating the act of play and experimentation into more intentional, large-scale pieces. Santos is quick to say that there is still some hesitation, particularly in covering up the elements of her work that she has become attached to, but there is freedom, too, to change it up and obscure these parts because of the knowledge that the act of painting is something that is loved and can be repeated. The translation of freeform, enjoyable work to larger, more serious pieces eliminates the fear and culminates into a joyous process instead, resulting in a body of work that is representative of both her skill and vision. 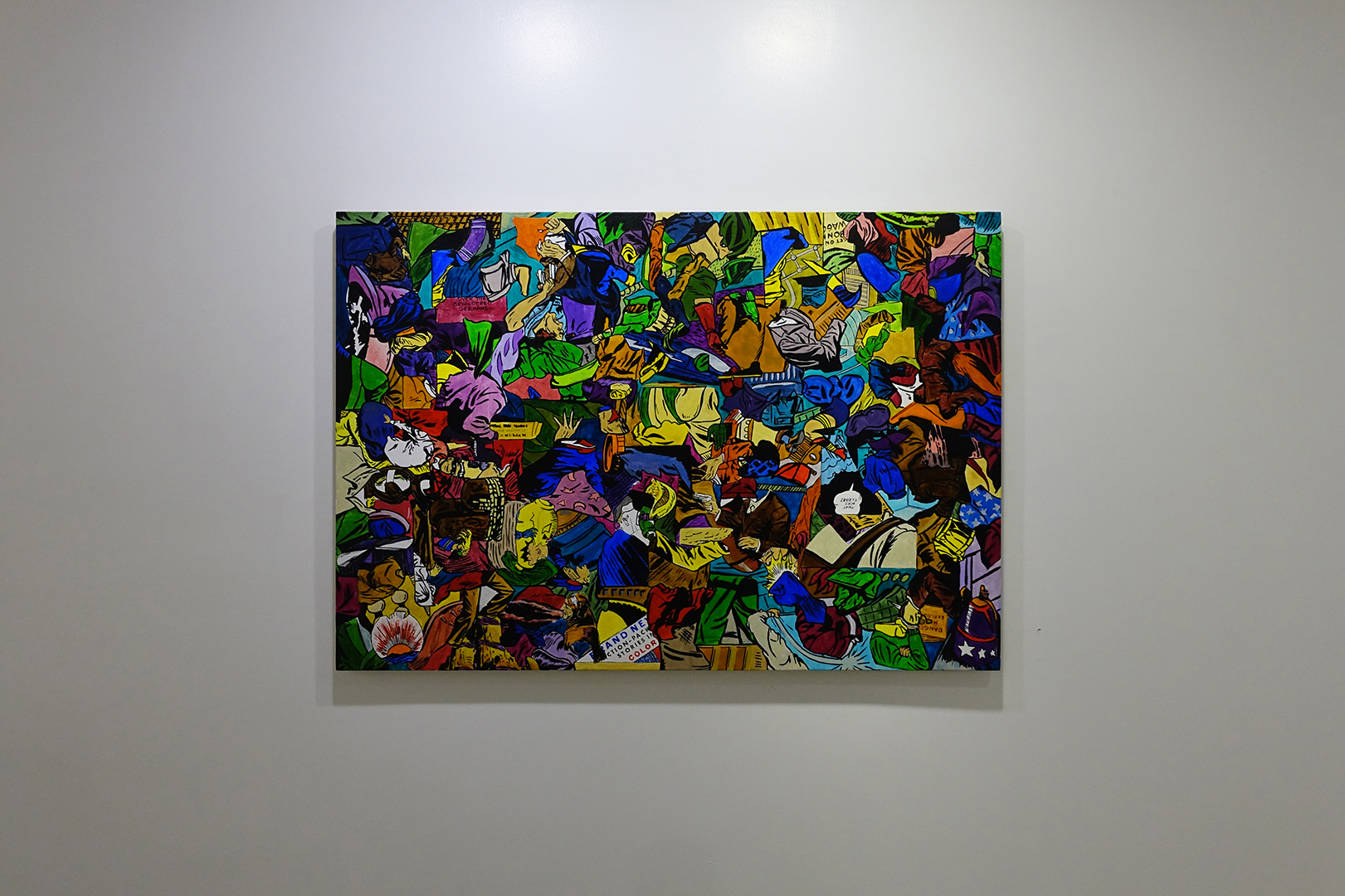 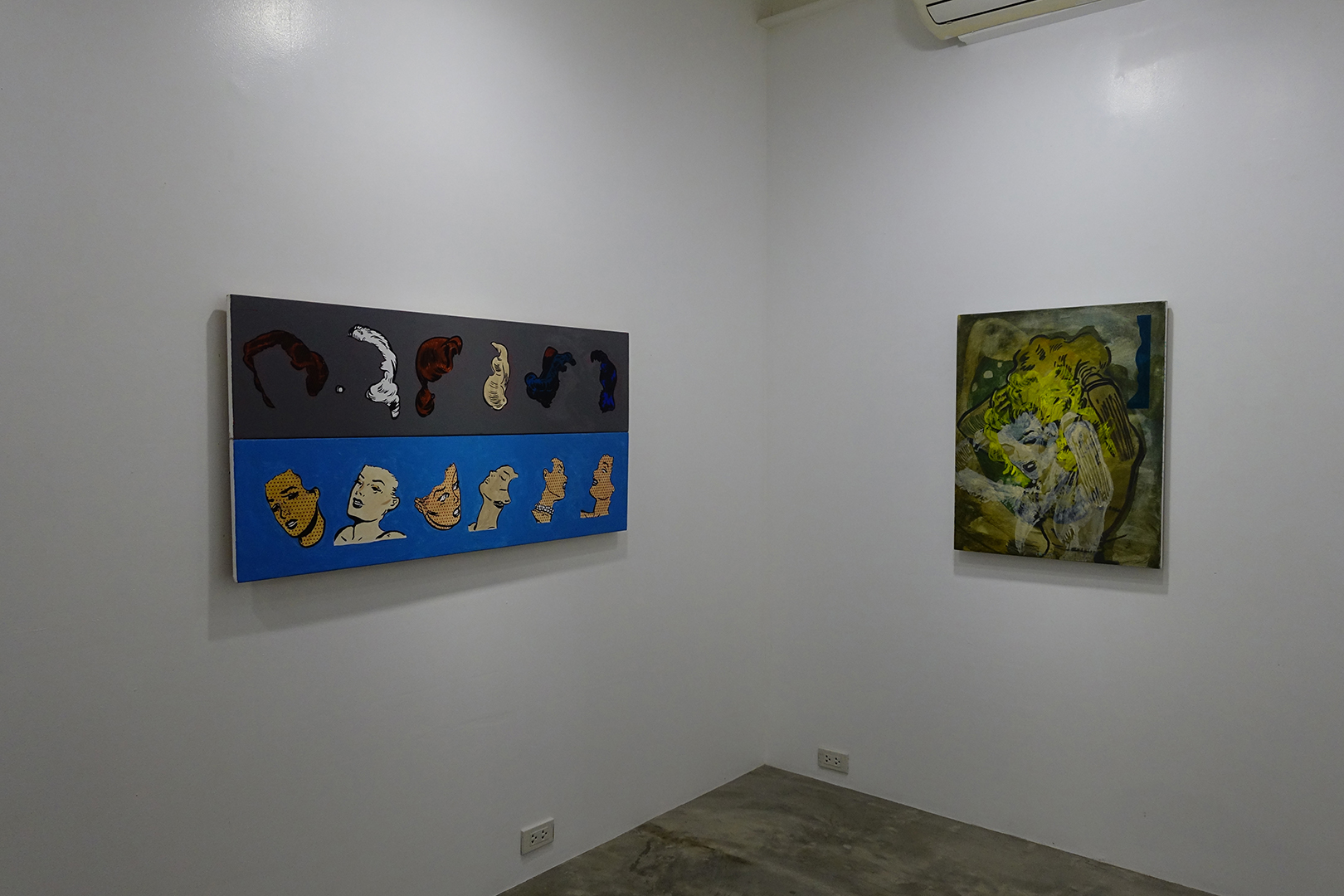 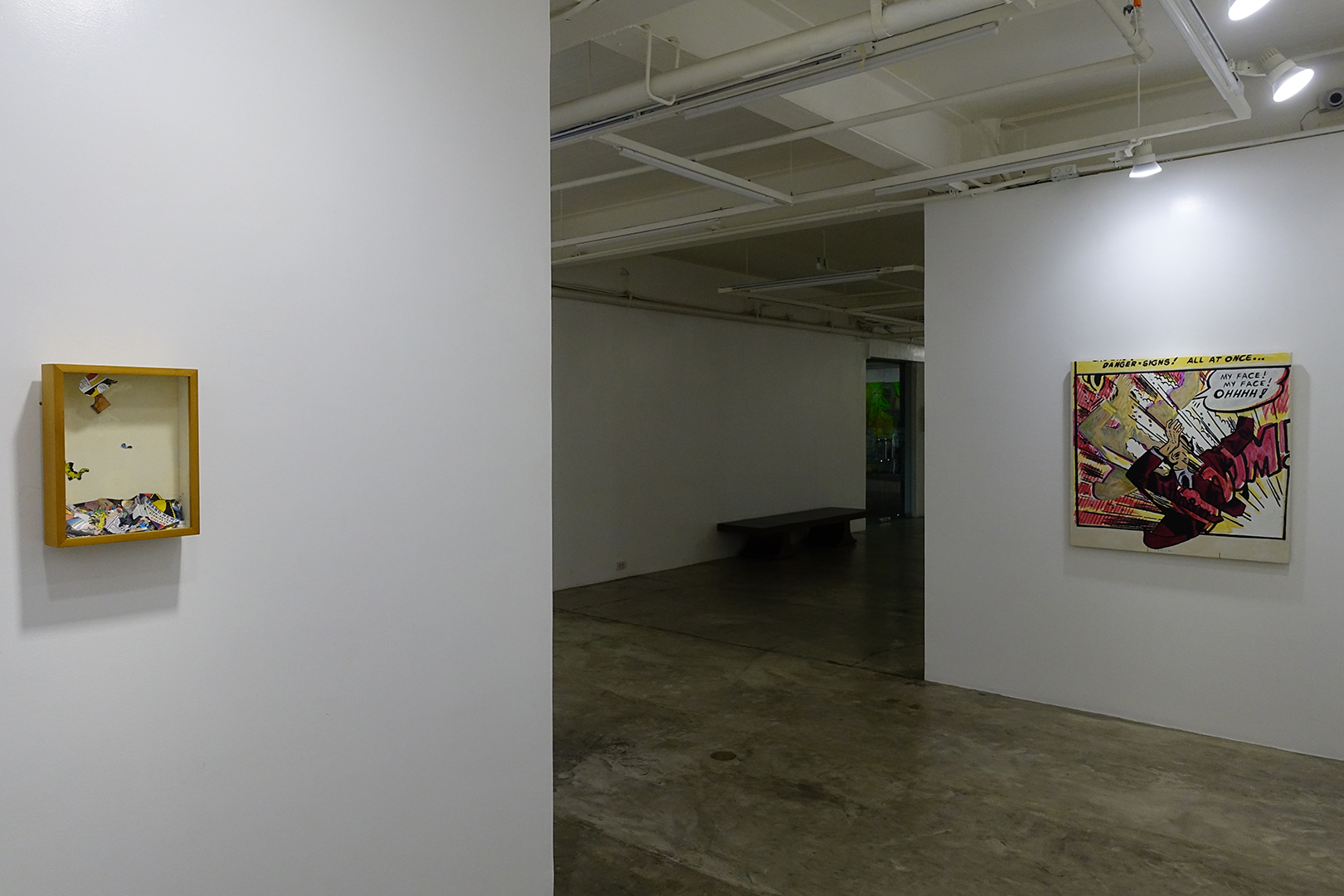 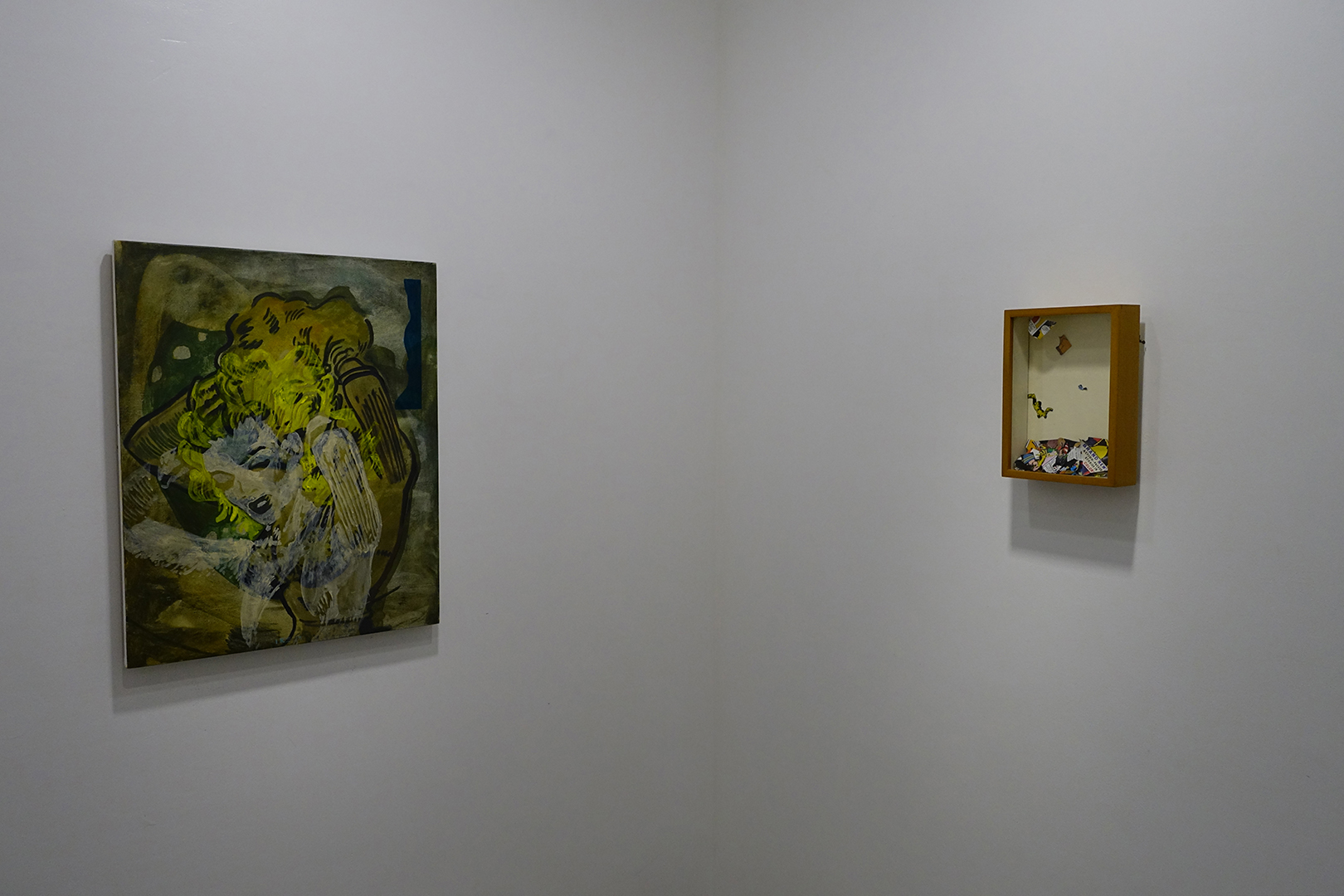 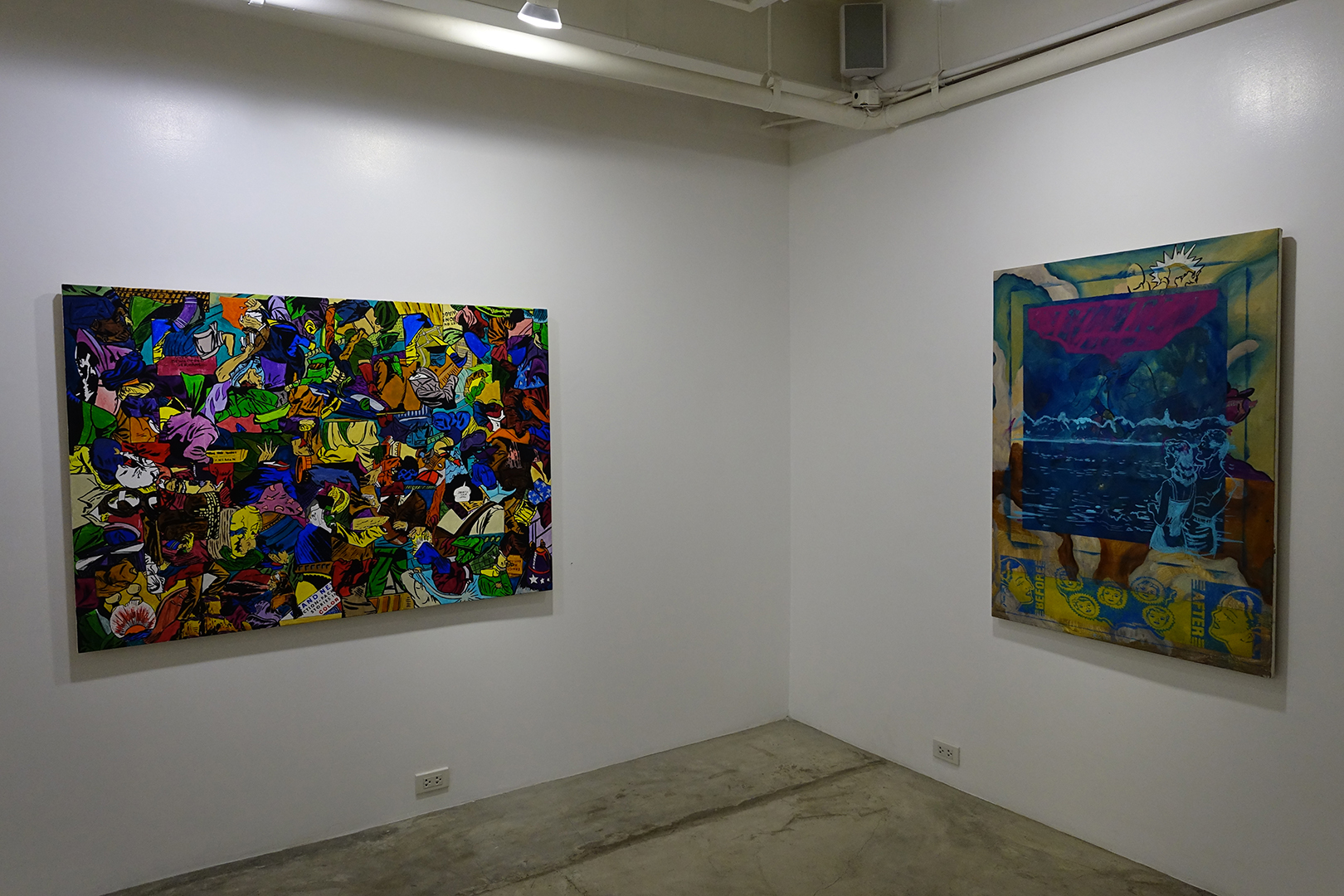 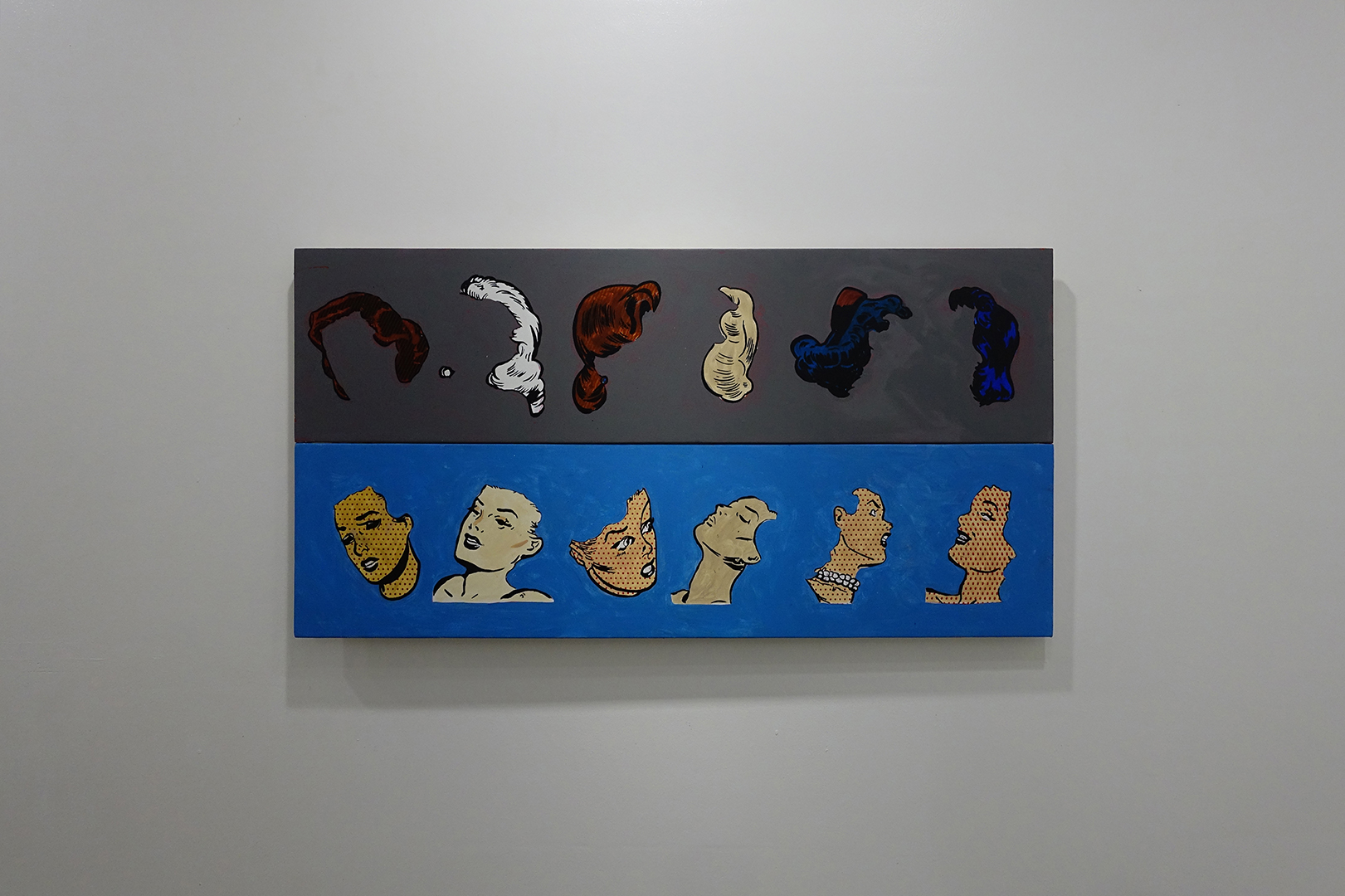 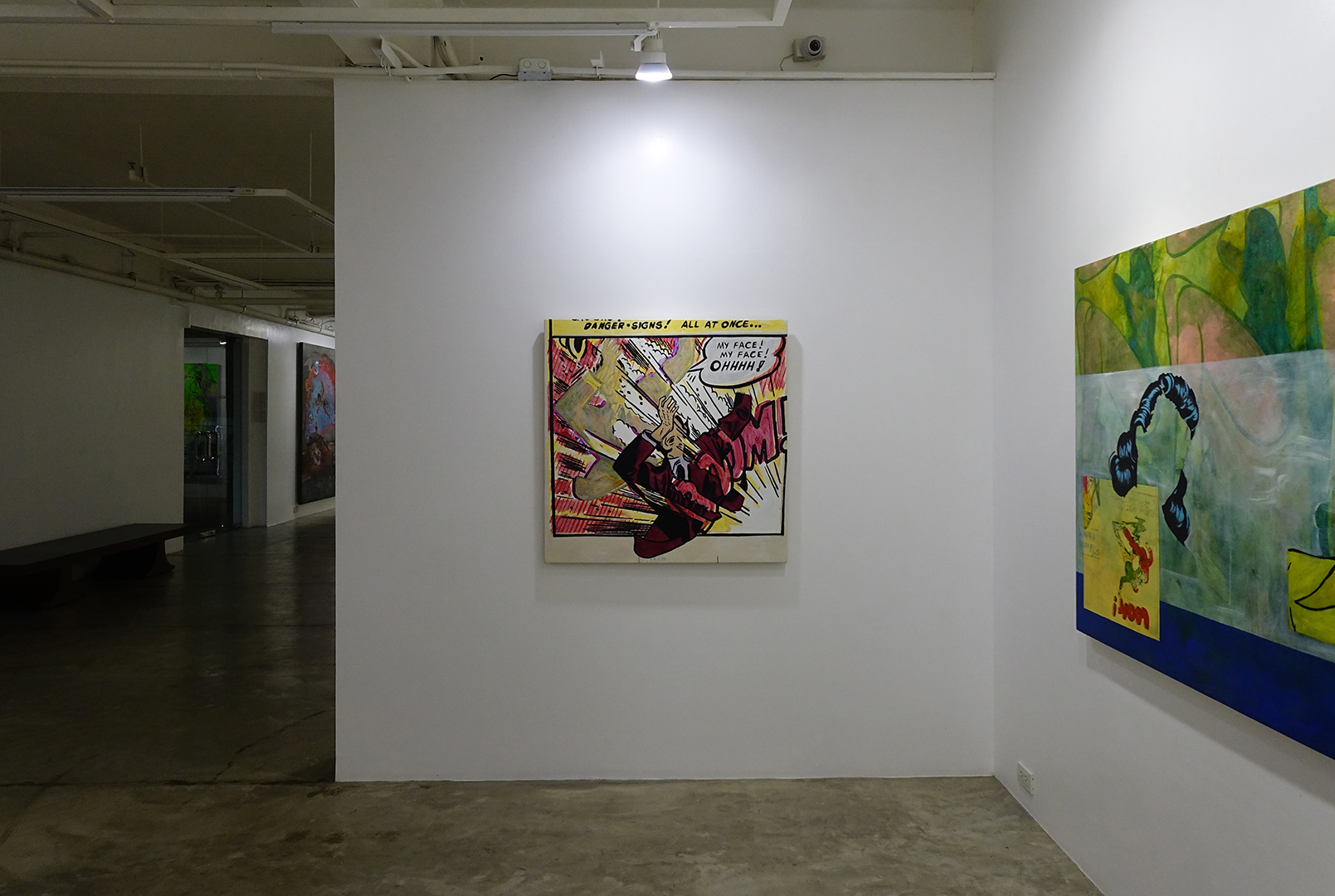 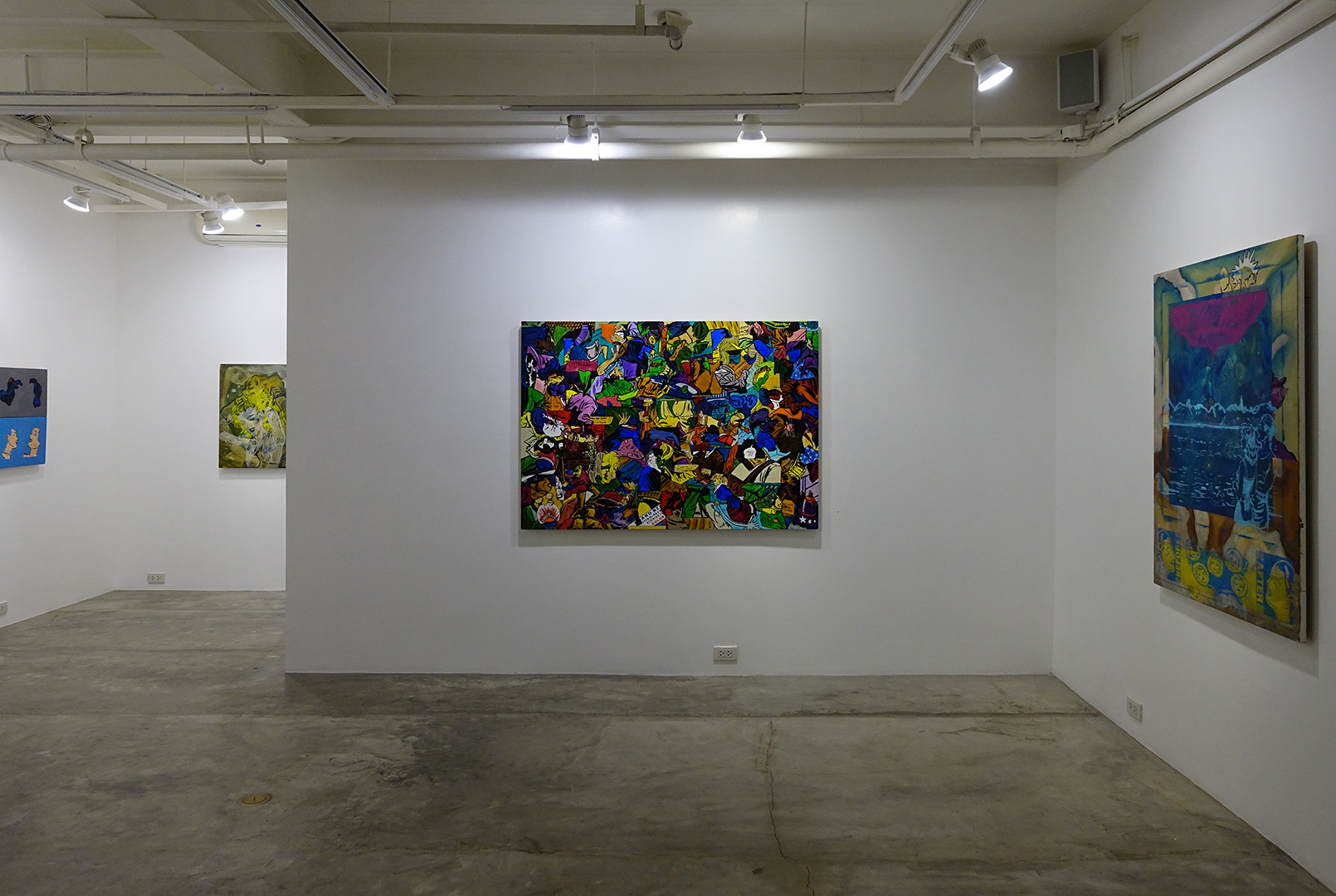 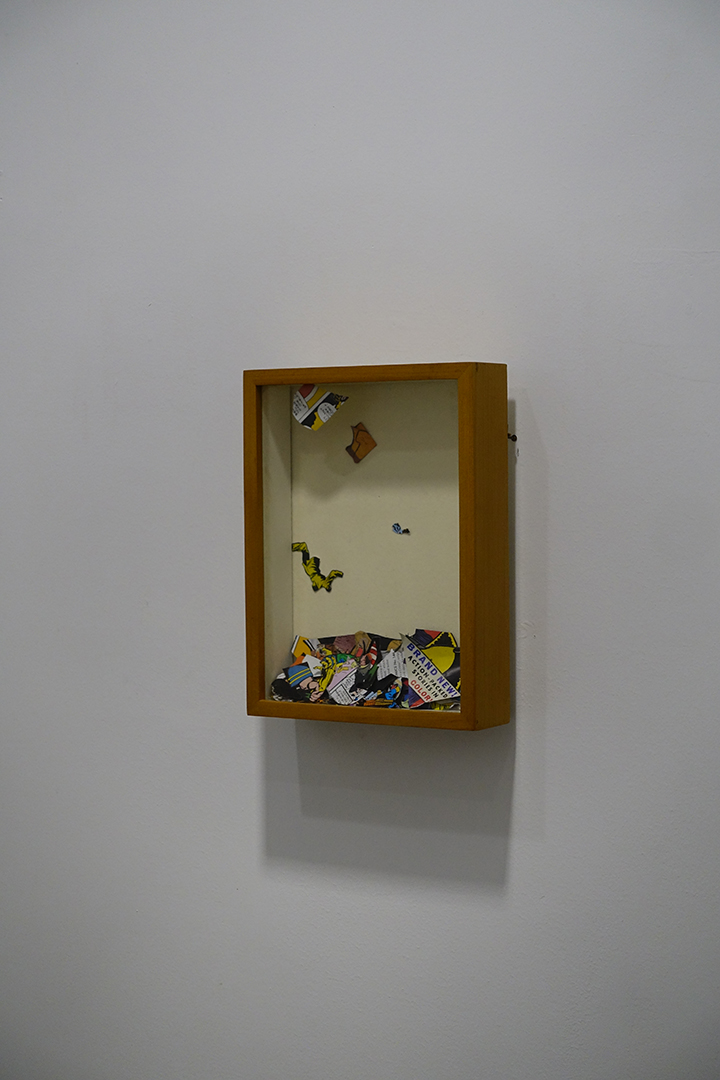 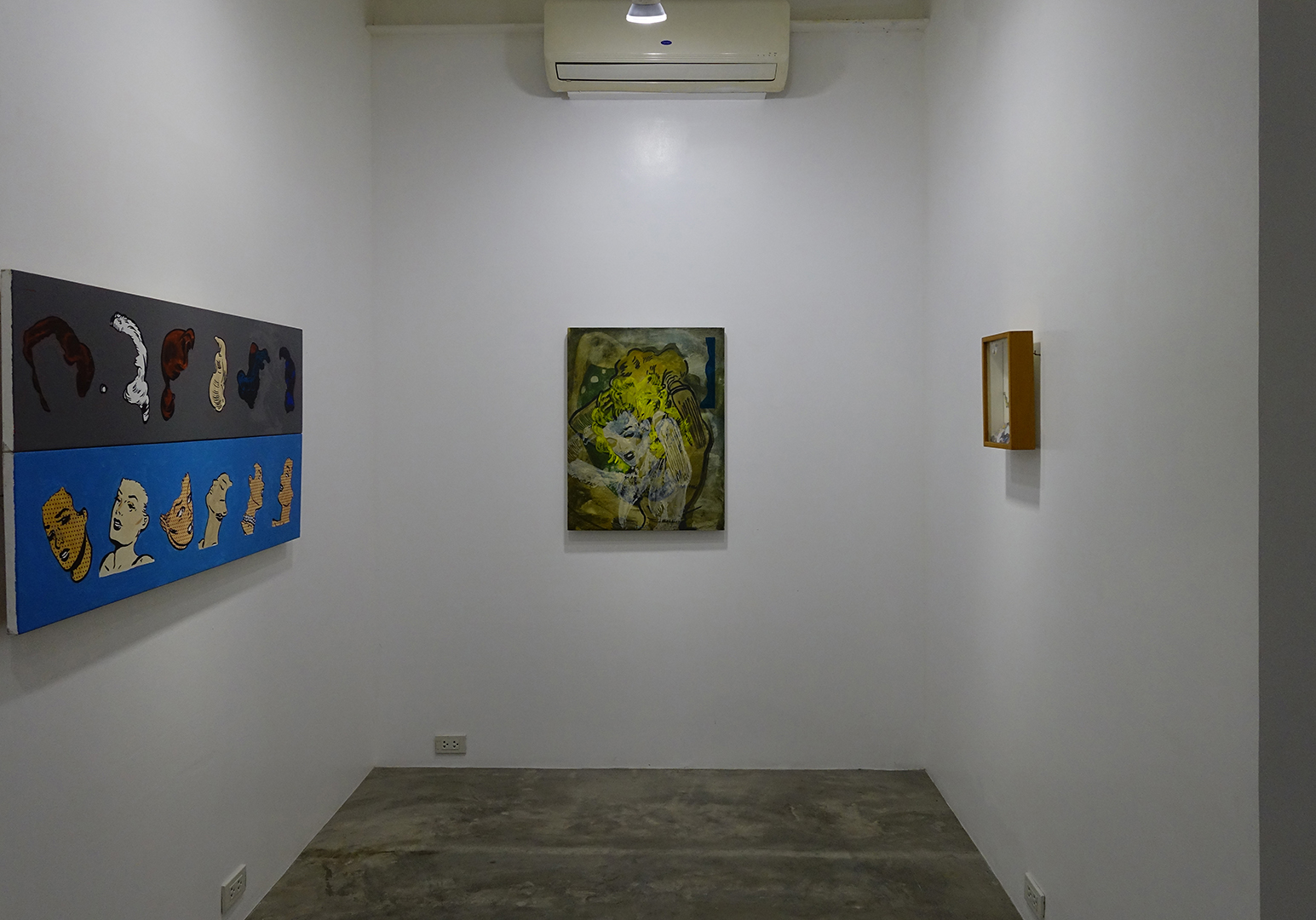 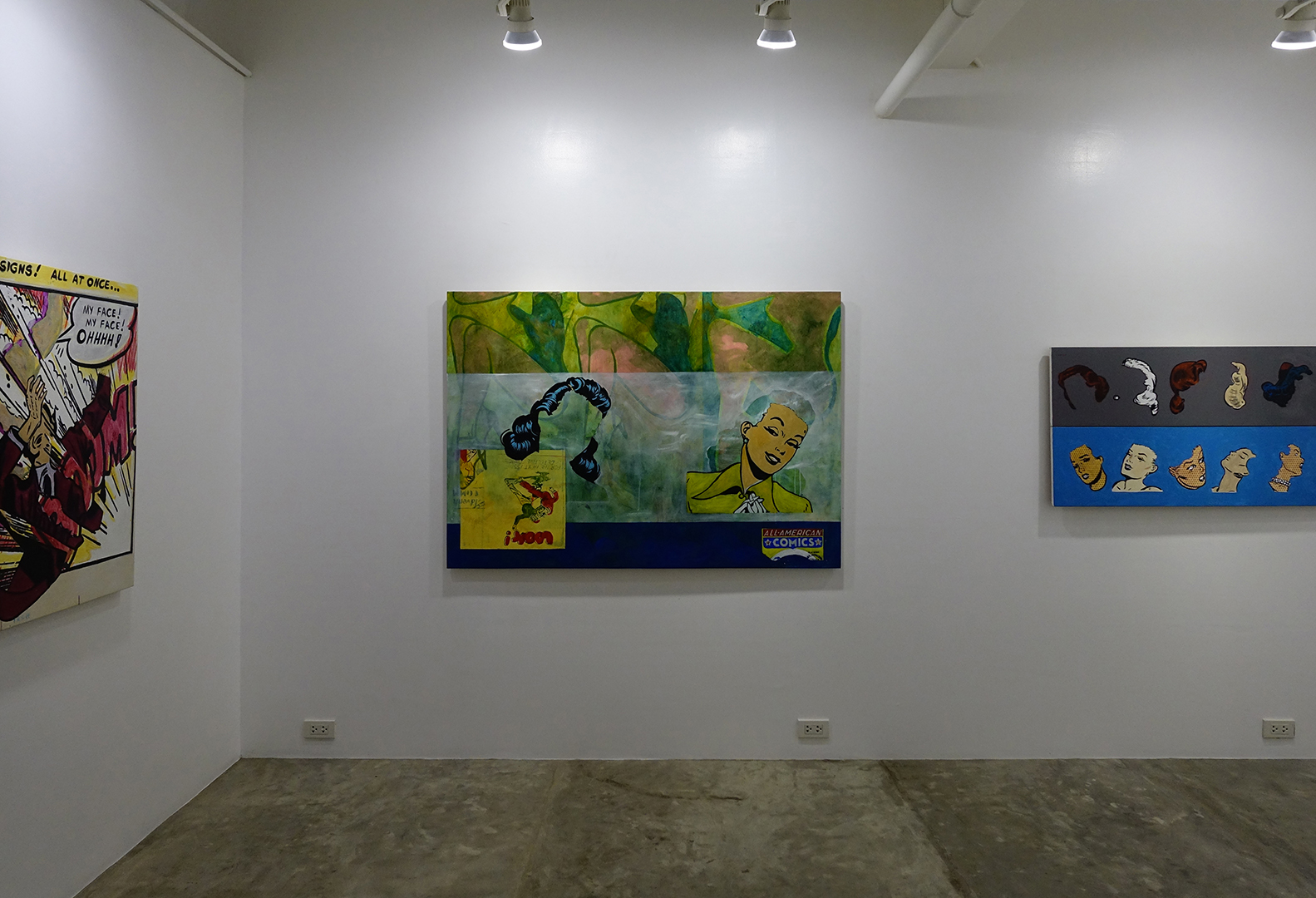 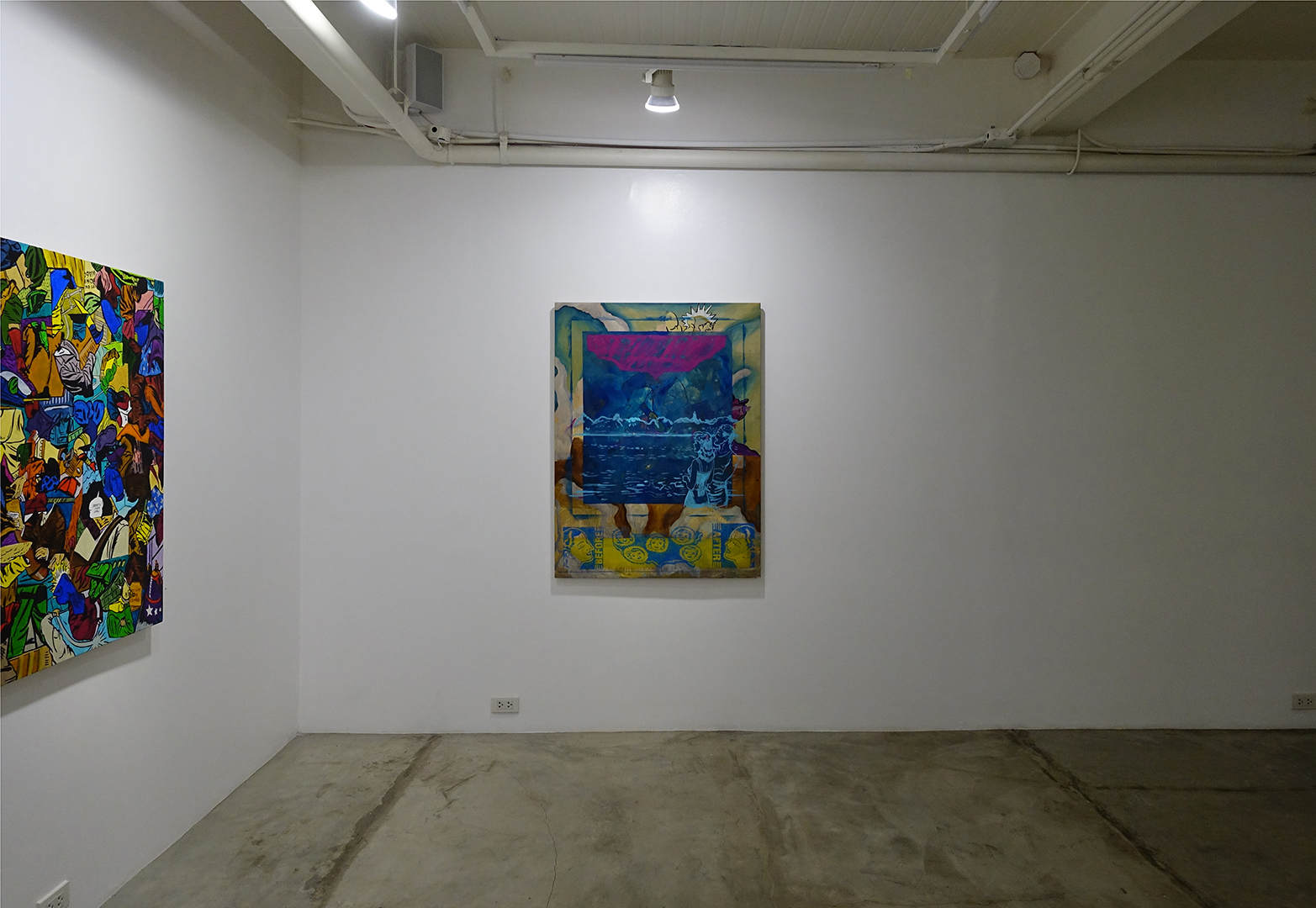