The latest exhibit of Caloy Gernale entitled “Tao Po” features a total of six masterpieces expressed in a thematic presentation of Filipino mythological figures or monsters. The title “TAO PO” is a brainchild of the artist, taking cue from the double-barrel TOKHANG campaign of the present administration to crackdown drug dealers and users. Obviously, this campaign is done by knocking on the suspect’s door, but most of the time done without asking courtesy to the home owners. “Tao Po” could also mean as the work itself, introducing to the audience, claiming that he is human but inhumane. Or the words “Tao Po” might be a question to affirm their human-ness. It is on this part that the artist wants to give a generous space to his audience to make their own meaning and interpretation of the title. But what do these artworks represent?

Once again, Caloy Gernale’s “Tao Po” is a depiction of the status quo under a fascist and blood-thirsty regime. The artist who personally believes that art should mirror, if not, describe the present social and political condition of a society, poses a challenge to everyone to re-examine and critically call out a distorted establishment. Gernale, whose body of work has been consistent in using his art to depict social ills, deeply gets inspiration from these mythological figures which serve as perfect metaphors of a bloody, inhumane society. Moreover, Gernale aims to describe the semi-colonial, semi-feudal political system and the monstrous policies and campaigns propagated by the current powers-that-be. Instead of using Western concepts of mythological monsters, the artist opted to use these indigenous mythological figures because, according to the artist, it is culturally familiar and relevant to his audience, thus, effectively conveying his message across. These mythological monsters such as “Bungisngis” for one, a one-eyed monster that crazily grins in a postured manner while carrying a machine gun depicts the government’s boasting of newly acquired war armaments such as guns which might be used on its own people.

Clearly, these mythological monsters are used by the artist to adopt the concept of image appropriation and image subversion. Thus, in first glance, Gernale’s thematic presentation of his works appear as indirect illustrations of these monsters which are different from what the audience has conventionally seen these monsters in books. These mythological monsters are made real and alive by the artist to establish a connection and relevance to the most pressing social issues of our times that perfectly fits the character of the subject.

Staying true to his signature, Gernale’s artworks go through rigorous artistic and creative processes. The creative process includes being engaged in the exchange of thoughts and ideas in conversations and immersing oneself with the basic sectors of society. It is in this manner that the artist can think of images to use and include. For the artist, one of the most important aspect of his process is the sifting of ideas, images, and metaphors. He usually takes note of these ideas, draw them rough sketches, and make these ideas alive by painting it using acrylic and airbrush on the canvass. The artist has skillfully mastered the use of airbrush for his body of work for more than a decade now.

Lastly, Gernale’s “Tao Po” and the artist himself, as always, wants to dedicate this endeavor to the toiling masses. Majority of the population in the country is composed of the masses who have no opportunity, enough time, and financial capability to own such artworks or visit museums and art galleries. Gernale wants to bring his masterpieces closer to the masses and for the masses by painting their unspoken grievances, by telling the world of their plight and dire condition through his artwork, because according to Gernale, he considers the masses as the true owners of his work. 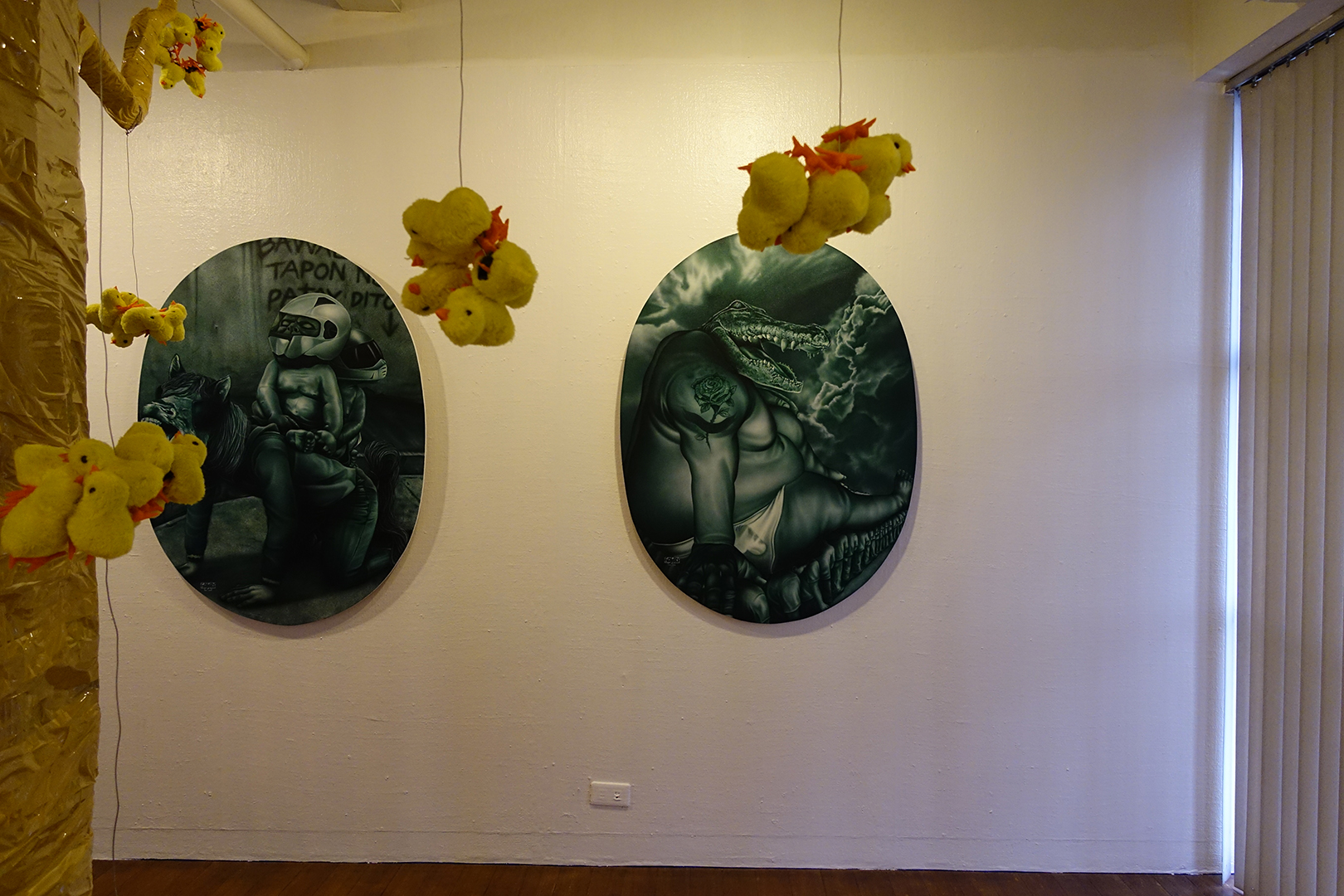 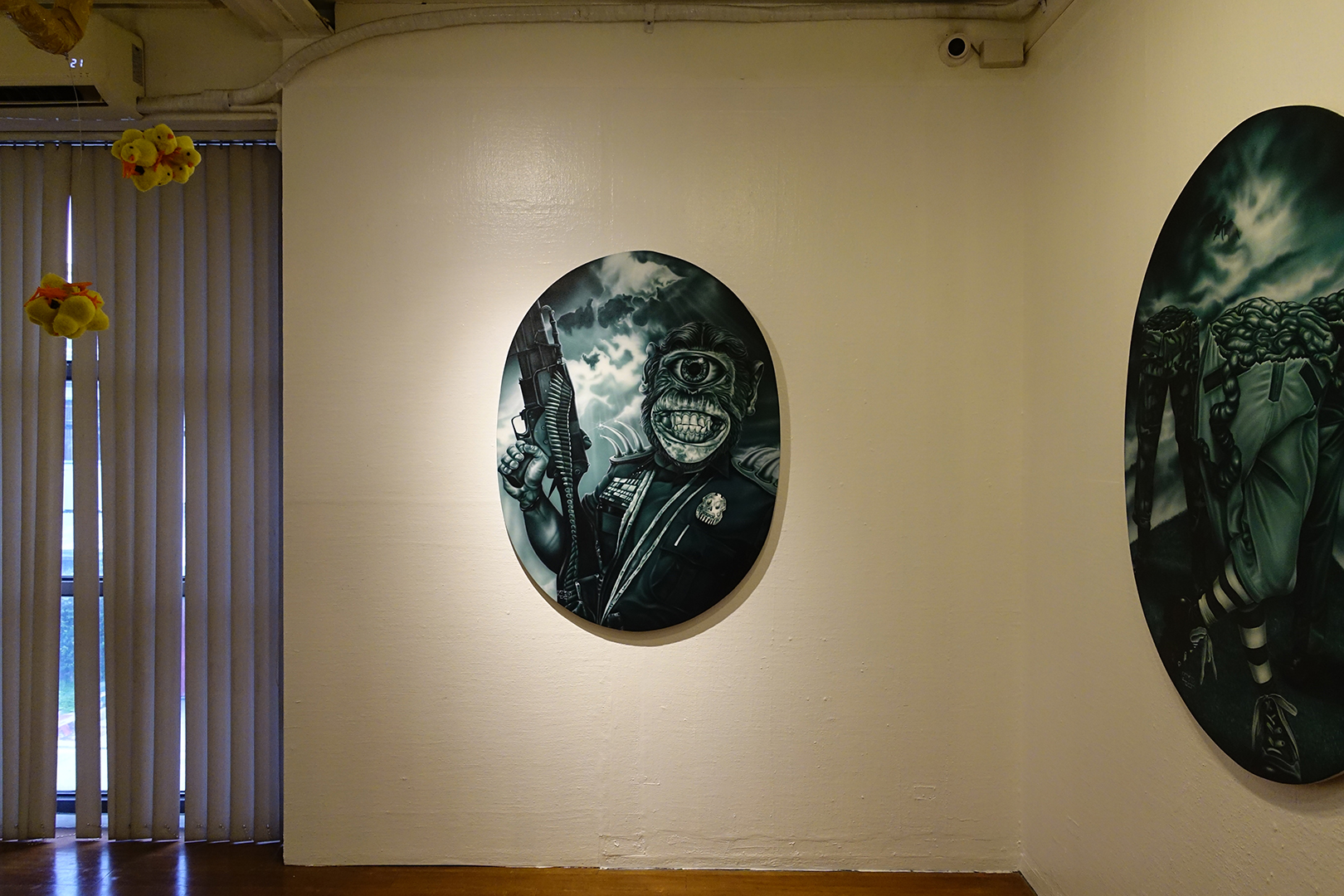 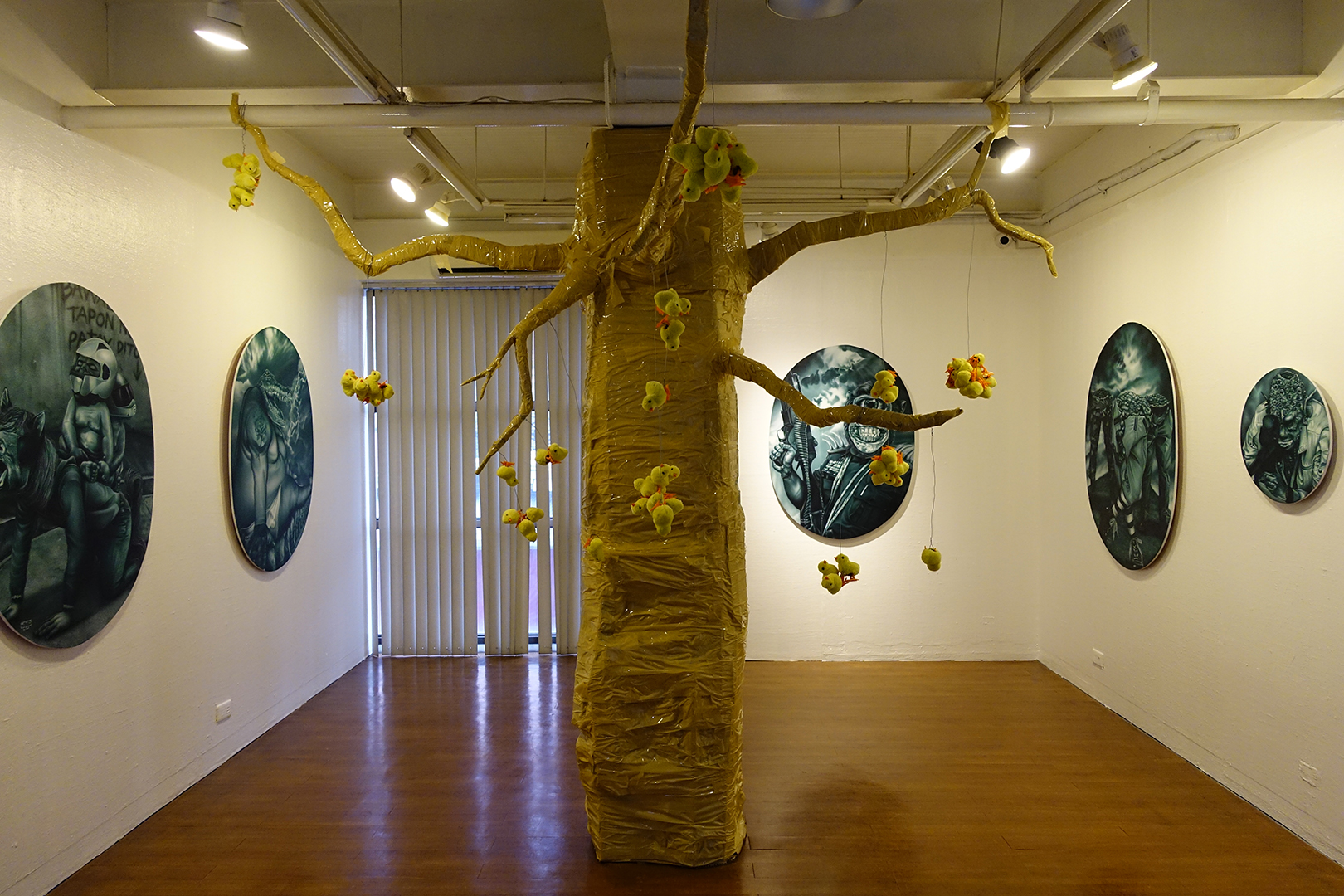 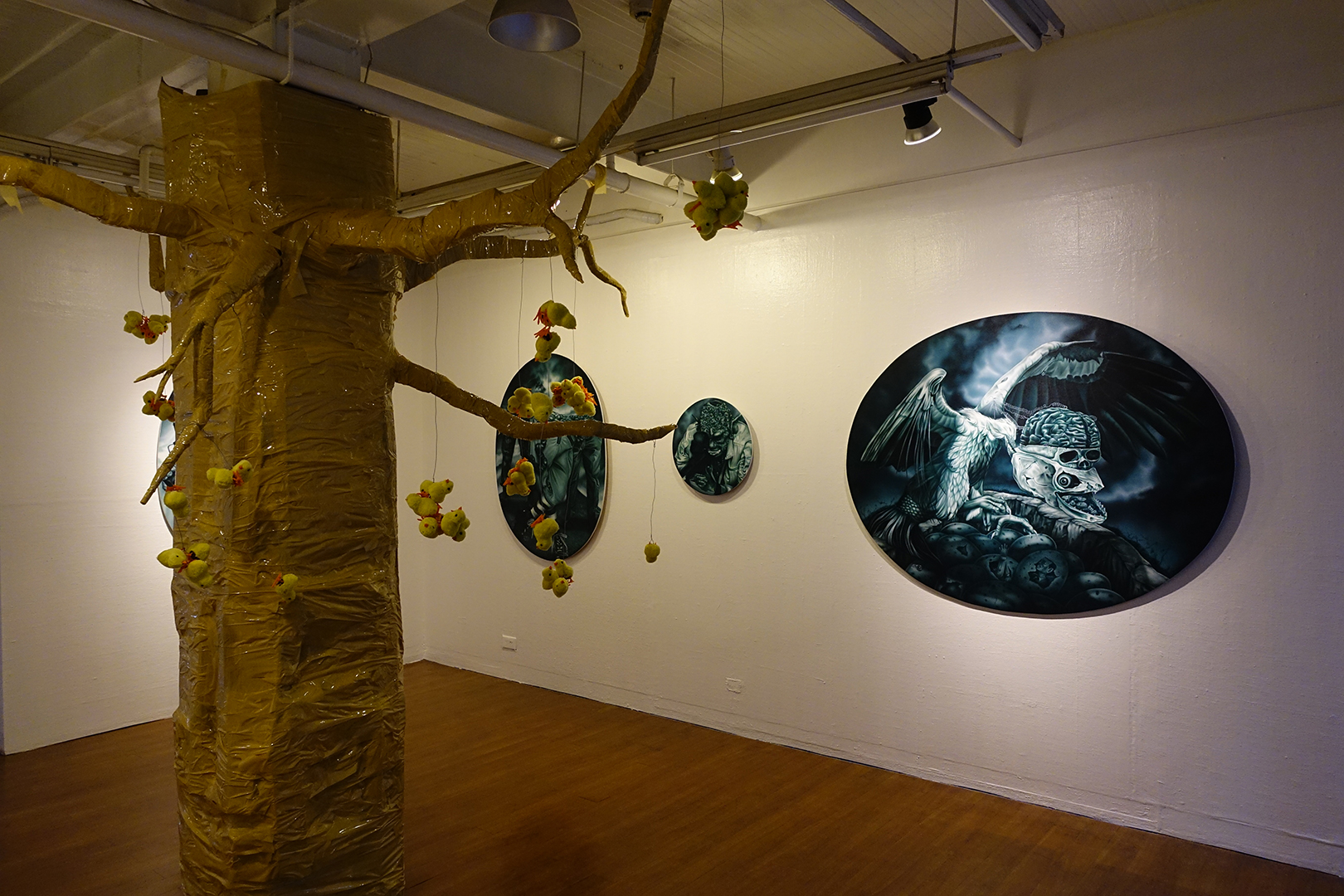 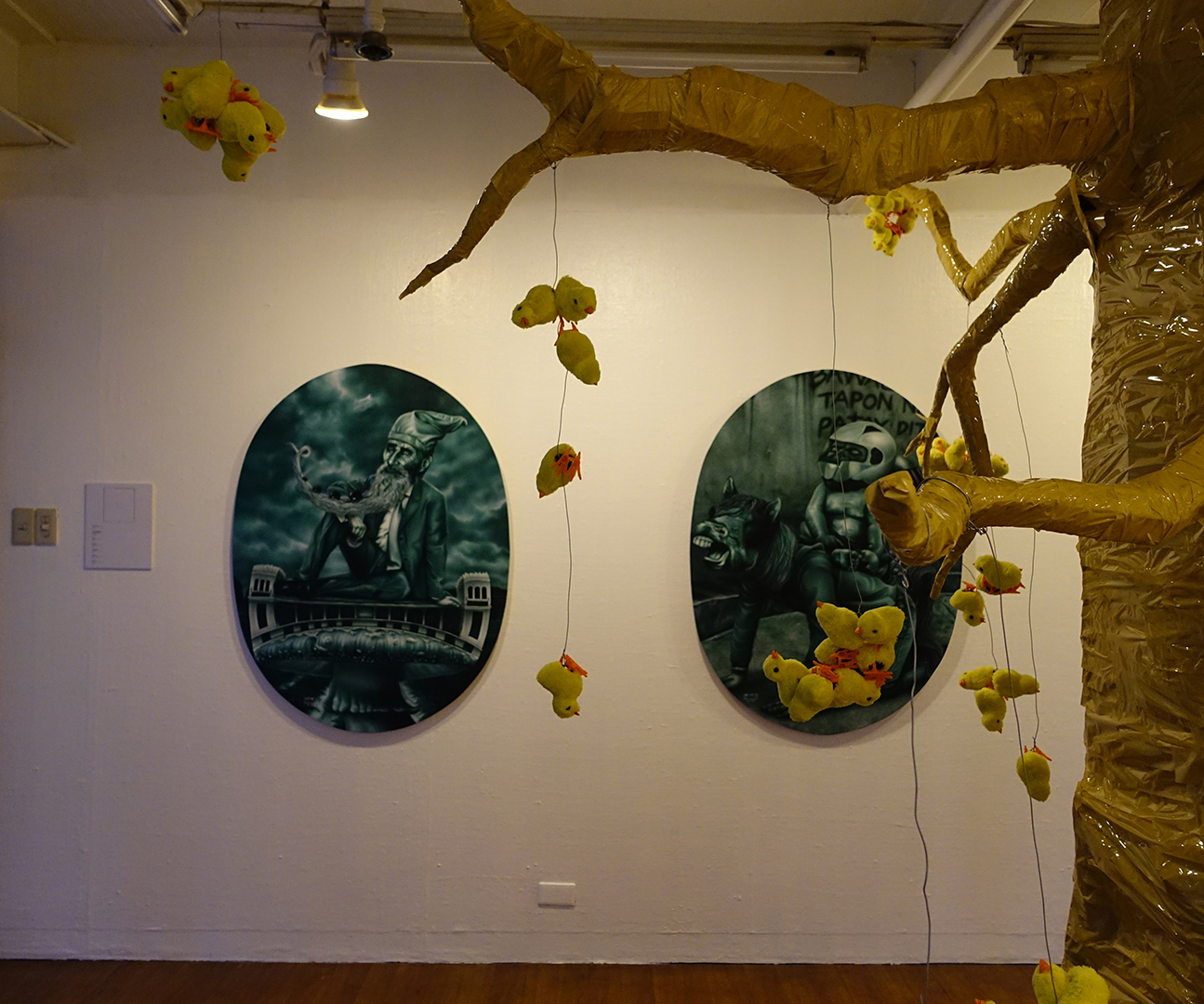