In his pioneering research on sugar, anthropologist Sidney Mintz marveled at the ways in which an intensifying European appetite for sweetness coincided with the continent’s imperialist incursions. Regarded in earlier times as medicine, sugar’s increased supply in the 15th century led to its more modern-day role as sweetener and, in an ironic inversion of its once lauded health benefits, as addictive and detrimental substance. Today it exists in almost every street corner, consumed in copious amounts, and applied to a dizzying array of edible things.

Efren Madlangsakay paints variations of this modern-day addiction in white, refined granule, as ice-cold, fizzy drink, caramelized popcorn or soft, gummy bears. These are interspersed with cross-sections and close-ups of body parts, of the very organs used to consume and partake of these food items. Yet some aspects seem amiss. The ice float ominously in inky waters, the bears are of a blood red cheer, and the eyes are glaring or fearful. Akin to most modern fairytales, Madlangsakay’s childlike forms and pop culture references insinuate a subtext of darkness, an underlying nerve of violence. Peril lurking within a house of candy. Similarly, the titles of the works are the stuff from which marketing one-liners are made of: just a pop, just a spoonful, just a morseful of remorse. Catchy phrases that connote both cavalier disregard and uncontrollable craving. The garish sheen of consumerism coupled with its seedy underbelly.

Madlangsakay references sugar, but indeed, this is beyond the sweet powder or the sticky juice of the sugar cane. Strung together, the images and titles imply a questioning of the moral narratives engendered by and entangled in the consumption of substances. It begs further scrutiny of the concentrations of power and violence, of the barbarities and mottled histories, in which they are ingrained. What sweet, sickly medicine are we being asked to partake? And how much to mask the bitter aftertaste of slaughter? 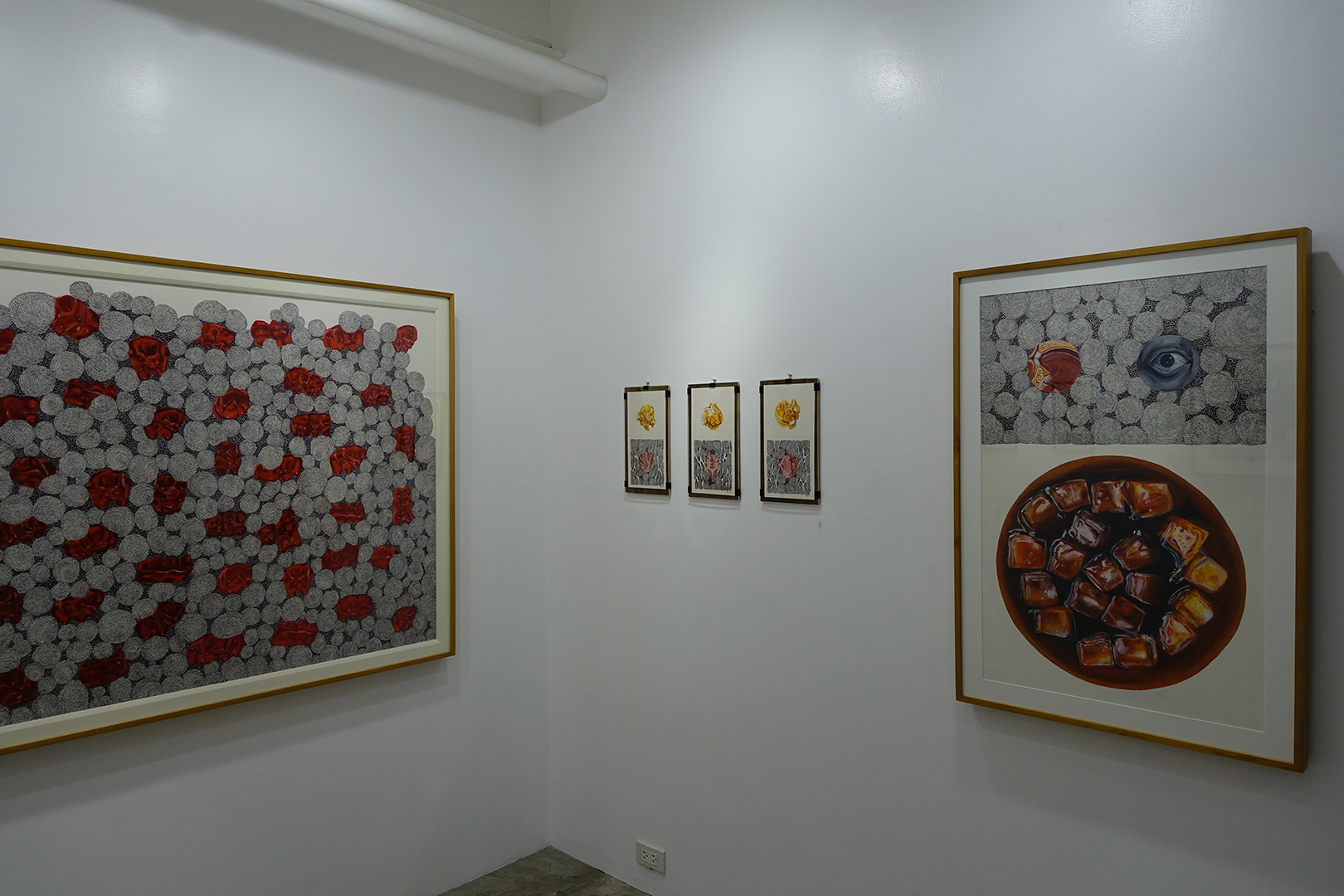 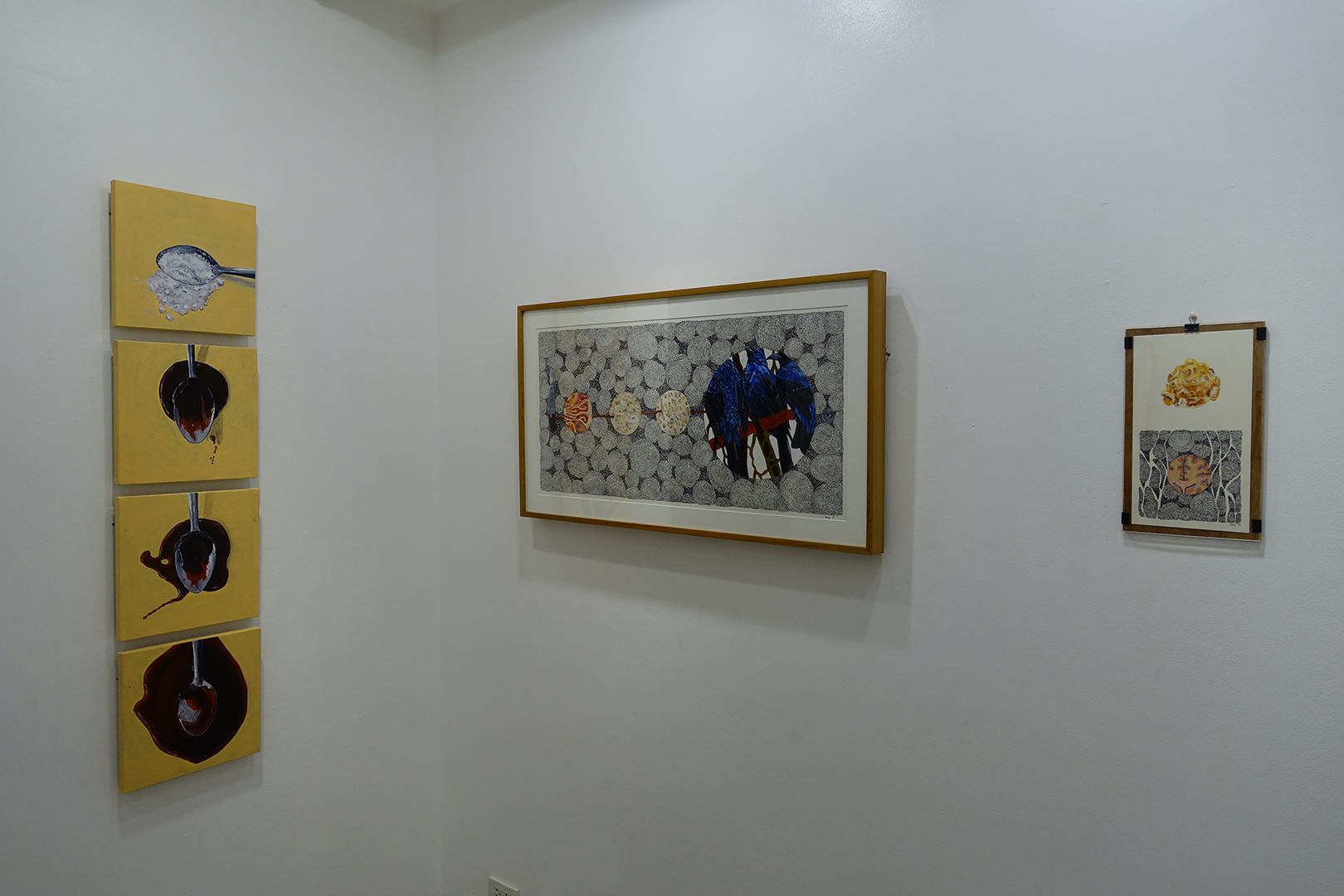 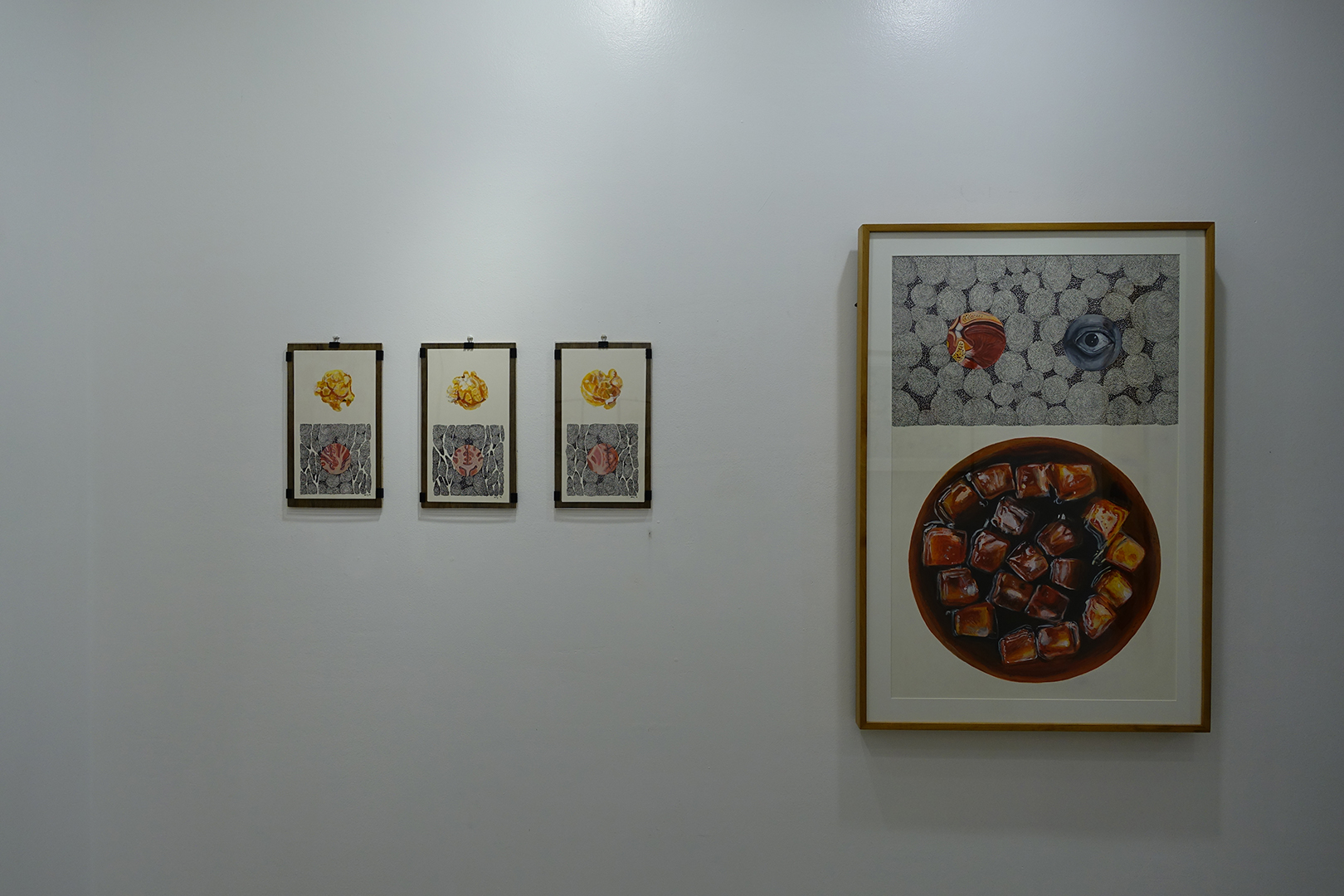 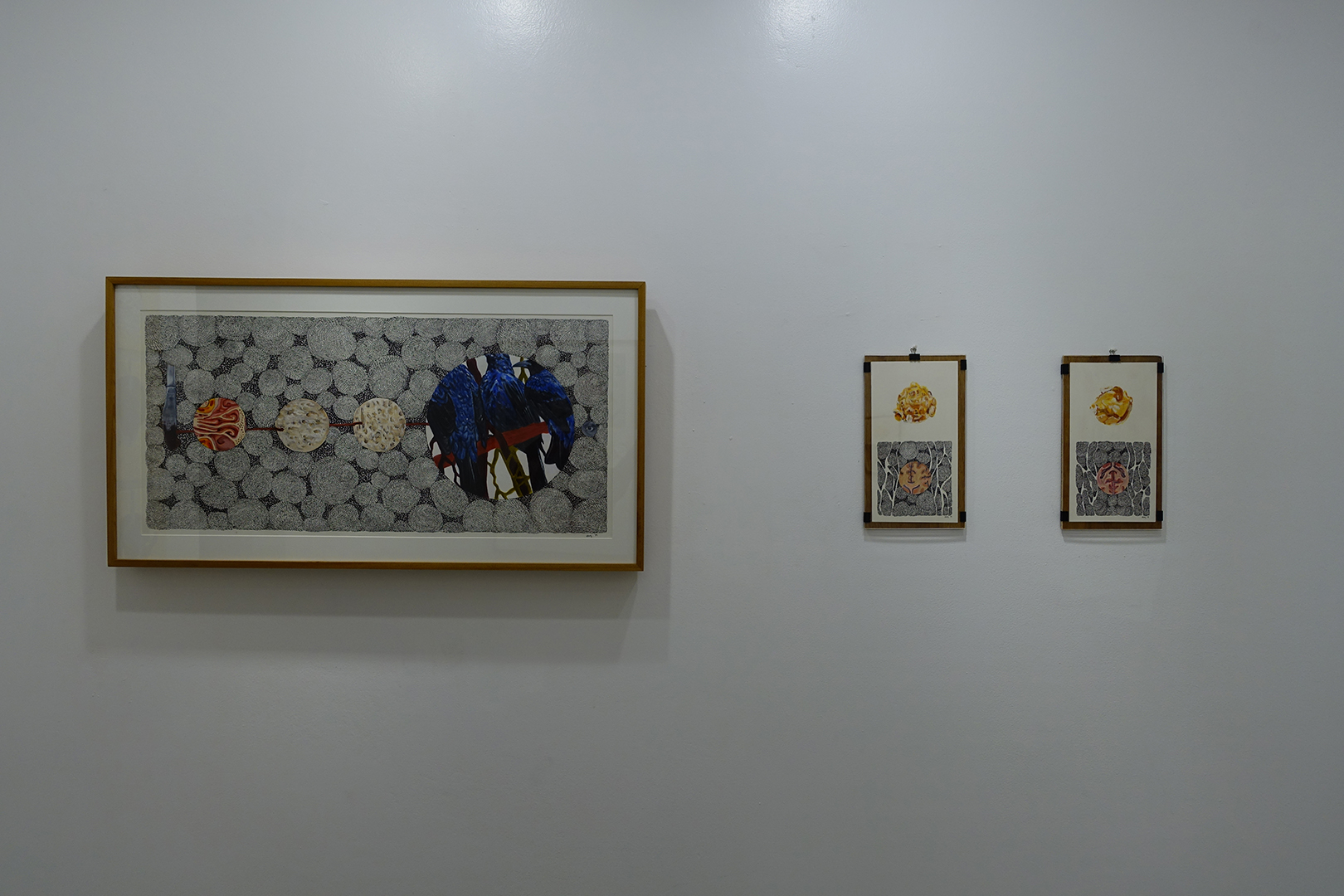 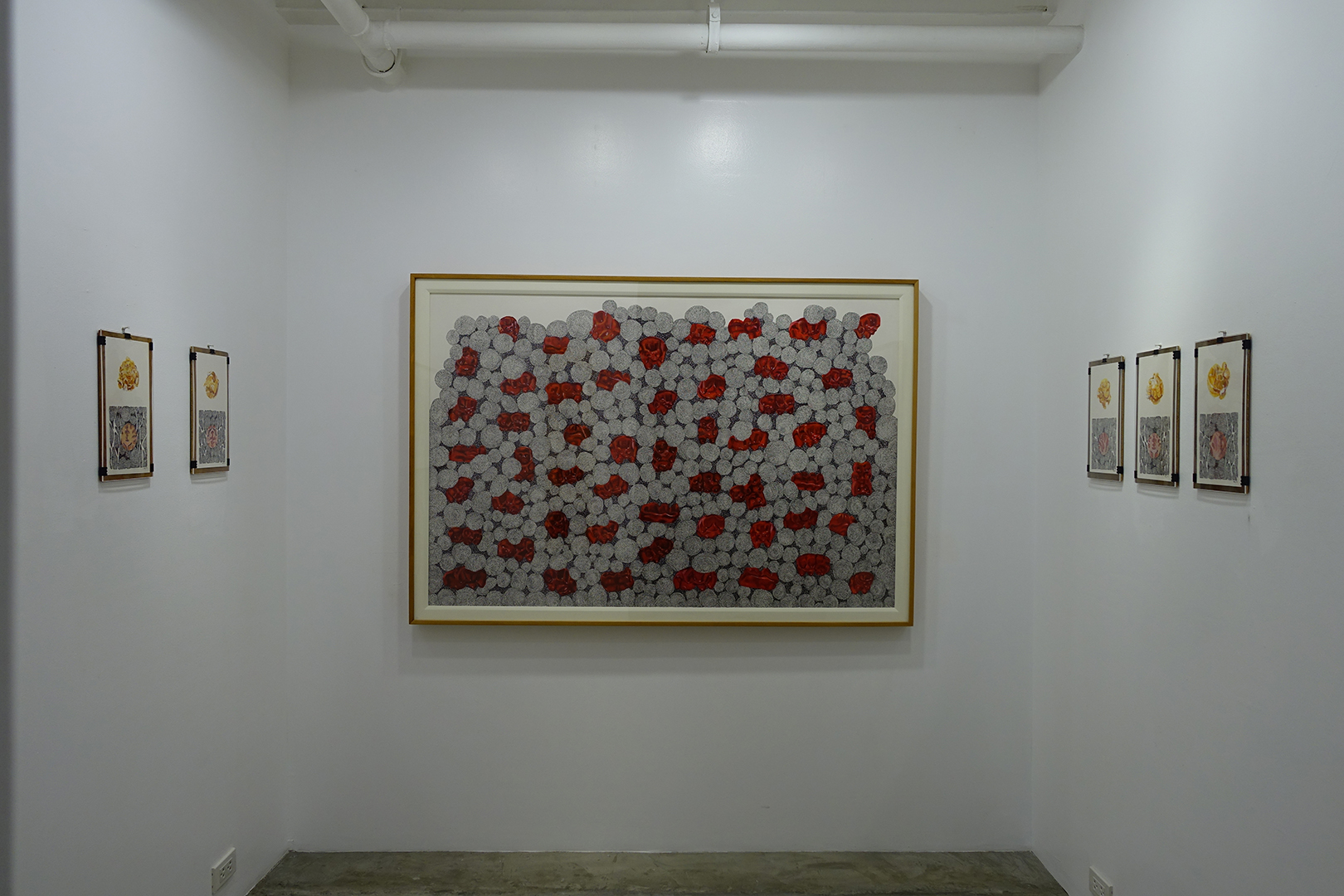