Caloy Gernale’s “Sal_t” is not a social commentary. It is not the product of an intellectual petit-bourgeois’s excitation of his/her own genitals, so to speak. It is not a reflection of what people already see on primetime news and national dailies. The exhibition is about the marginalized portion of the Filipino population but it will never be a lament for their long-standing condition. Instead, “Sal_t” is a declaration of the economic and political standpoint which Caloy Gernale shares with the proletarian movement.

The exhibition’s title “Sal_t” is derived from two Filipino words salát and salot. Salát has two meanings—as a verb, it means “to touch,” while as a noun it refers to the poor. Replacing “á” on the second syllable of the word with the vowel “o,” we would come up with salot, which means a plague or a pandemic.

“Sal_t” consists of 5 of CaloyGernale’s most recent works on denim. He consistently makes use of his airbrush painting skills in creating 5 paintings—3 of which are 60″ x 84″ in dimensions. The image of the hand/fingers is the theme that weaves all five paintings into one cohesive narrative.

Literally, the hand is what we use touch (salát) and grasp or hold objects with. Gernale explores on the image of the hand, one part of the human body, and use it to represent the whole—both the concurring and recurring crises which have already been considered pandemic (salot). In the context of contemporary Philippines, these are feudalism, bureaucrat capitalism, and imperialism—the three root causes of the armed struggle. This is how Gernale intends to put the discussion on local/global issues into its most basic level.

“Denationalization of Third World Meat” (60″ x 72″ acryclic on denim) for instance, shows a surreal image of a businessman riding a huge centipede that rests on top of large slab of meat. The centipede has human fingers for its legs. Replacing the man’s head is a drinking straw, which serves as a conduit that transfers nutrients from the meat to the man. The tinier details make this composition more interesting—the seal of the Philippine president on the head of the centipede, the red and white stripes on the drinking straw, the star-spangled tie of the businessman, and the troops of red ants marching and climbing from one area to another. “Denationalization of Third Wolrd Meat” is an exciting visual and mental exercise. It intelligibly creates a figurative image of the actual denationalization that takes places in many areas in the Philippines (or in many third world countries) by combining fresh metaphors and archetypal symbols.

The hands are also the central image of Gernale’s “Advancing from the Strategic Defensive” (84″ x 60″ acrylic on denim). It shows two people—a man and a woman, both of them have hands on their shoulders instead of heads. These hands have wrinkles, proof of hard work and hardship. Amidst vast field of rice which seems to be ready for harvest, they walk towards a particular direction. The woman holds a newspaper/newsletter—the masthead of which shows a familiar “B” (for Bayan or Ang Bayan, the official newsletter of the national-democratic movement in the Philippines). The man, on the other hand, holds a rifle. This work depicts the poor not as victims whose plight we lament for, but as proletarian revolutionaries who are ready to take matters into their own hands, and thus, mold their own destiny. Gernale intends to show or perhaps, put into the limelight, a topic which many other contemporary visual artists may not dare to talk about. (Why? Because it could be tantamount to what progressive critics mention as “class betrayal” or “class suicide.”) But it seems that Gernale believes that the time for artists to discuss such matter is already as ripe as the rice grains in the painting. 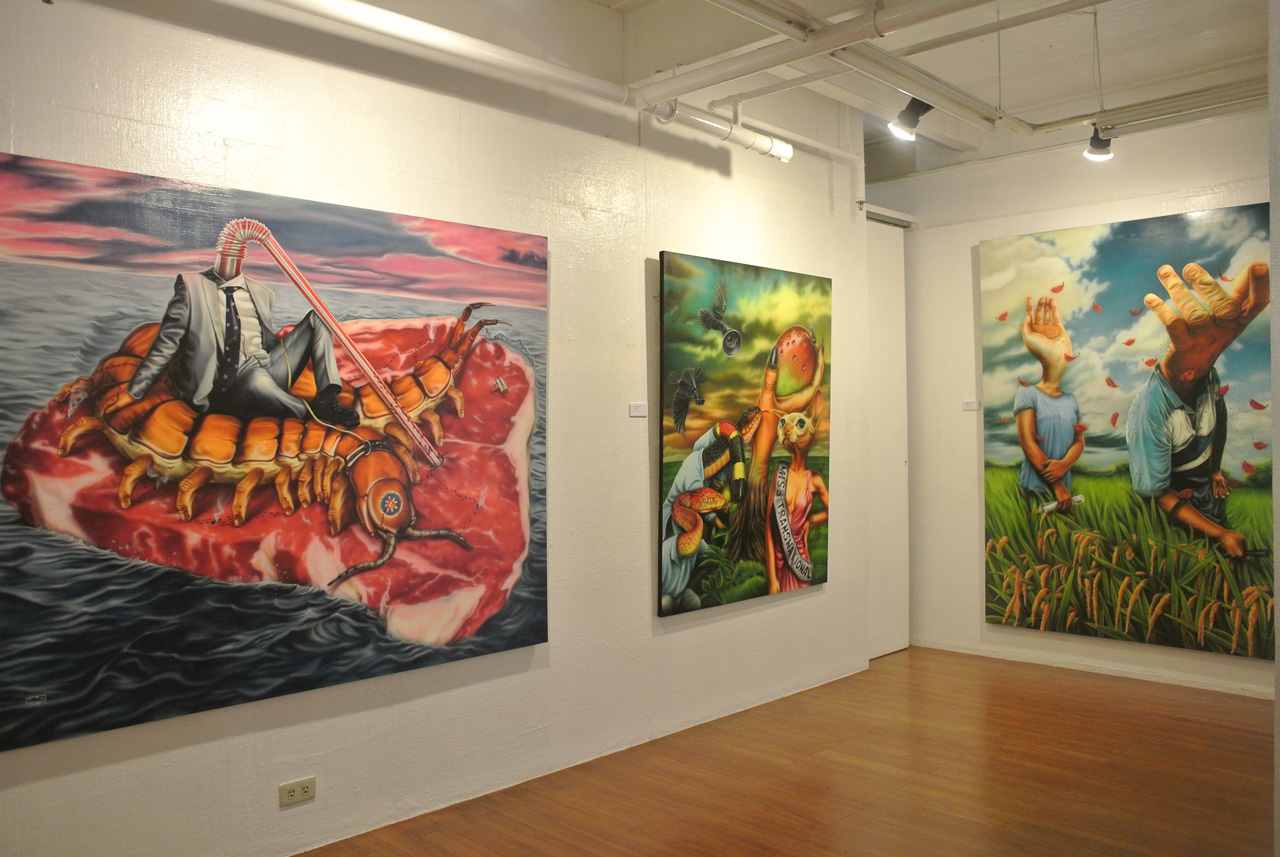 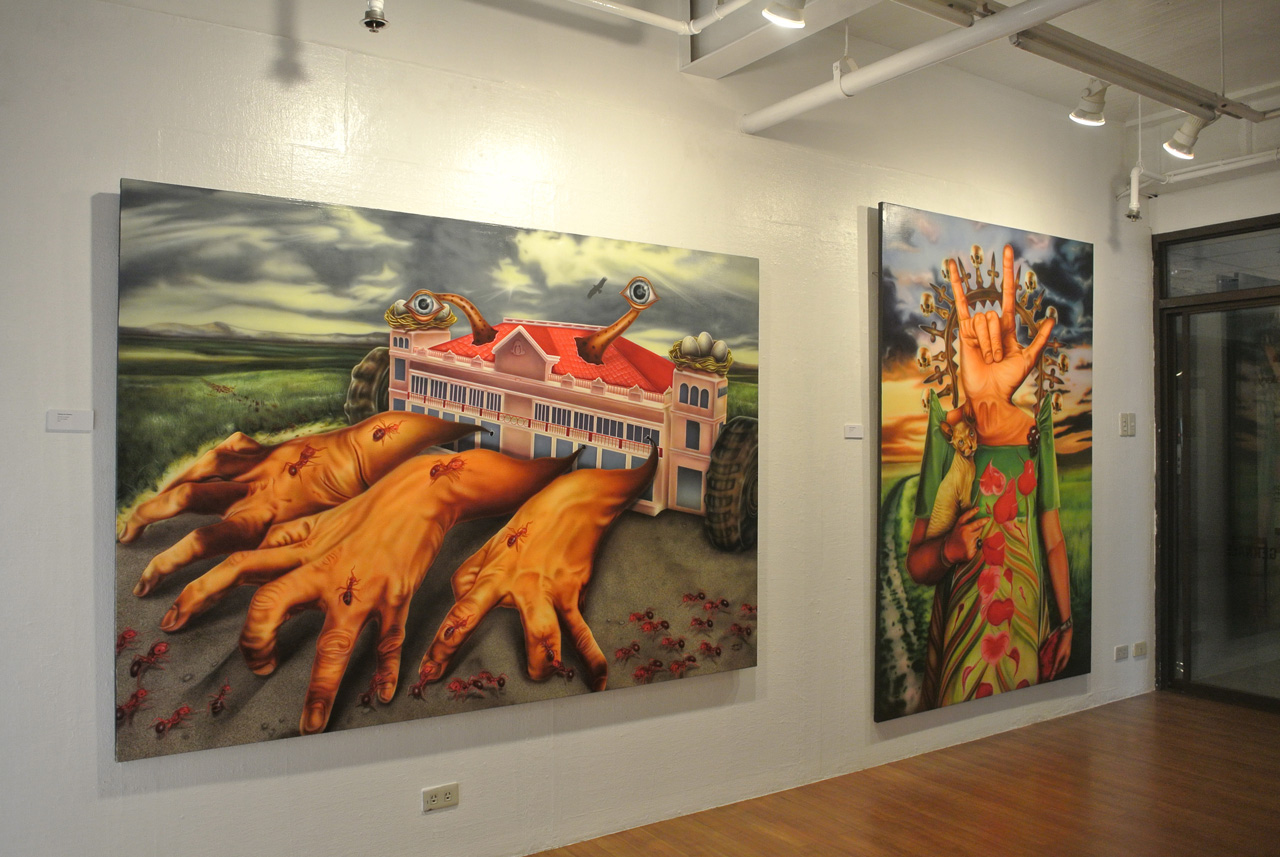 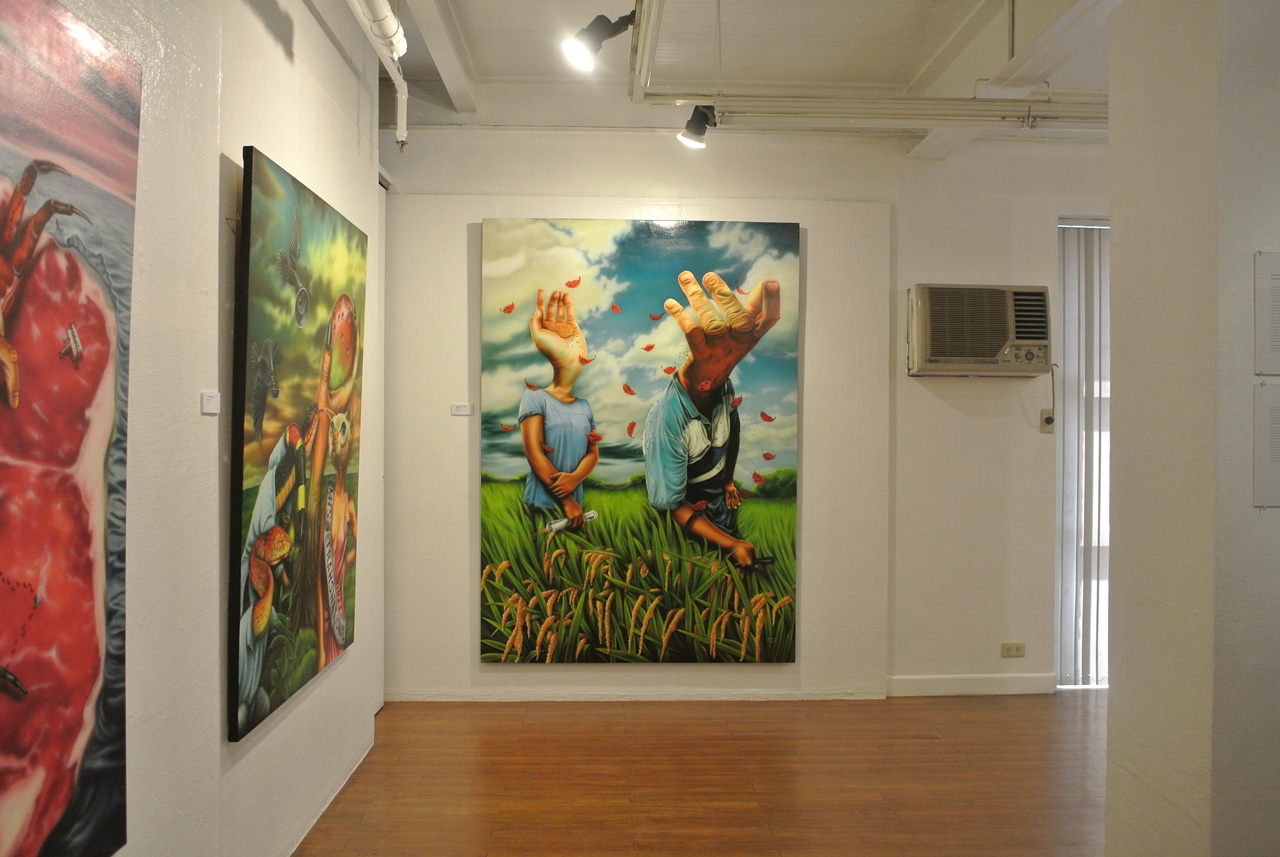 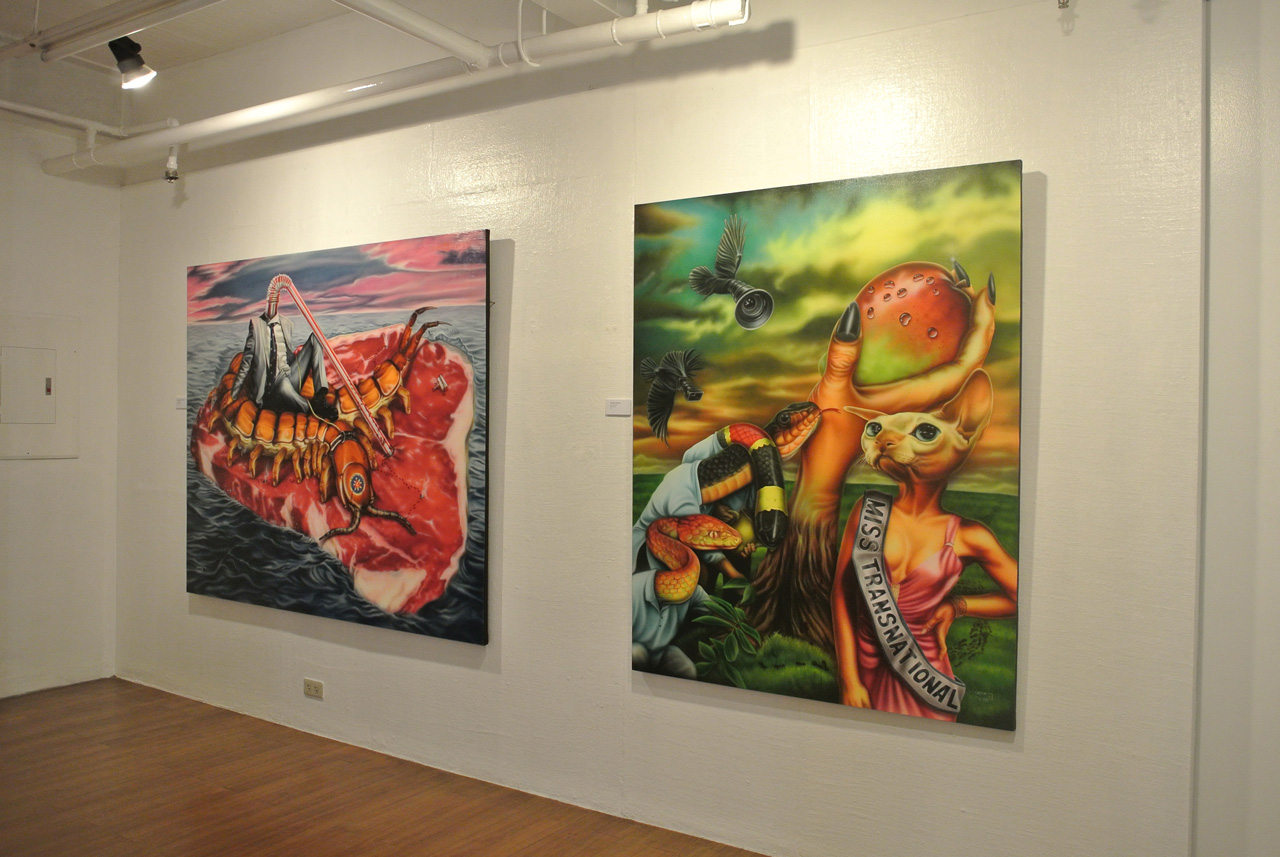