One Man's Trash Is Another Man's Treasure

Throughout his career that has spanned for decades, RM De Leon has endured a lot–from criticisms thrown by his University Mentor-Tormentor (God bless his soul), to the challenges of facing Kingmaker galleries and so called avant-garde art spaces, to the daily, universal struggles of an artist who just wants to work to materialize a great idea and just make a painting for painters with no romanticized notions or whatsoever involved. In turn, it was fair to say that he gained a lot as well, like exhibitions abroad, the much-elusive Thirteen Artists awards, and even a historical first Filipino artist residence grantee at the Vermont Studio Center in Vermont, USA.

His most recent show One Man’s Trash is Another Man’s Treasure is somewhat a comical allusion towards those amusing chain of events. It pokes around the notion of time continuously reshaping things into better structures, affecting the modes of perception in which we view them extensively. Like there’s this painting that you do years back: you just can’t figure it out so you decide to stash it somewhere, perhaps a vault that contains other random, passive things and just eventually forget about it as months, and even years progress. Fast forward into the future, while sorting your movables you incidentally come across these artworks (almost mistaking them for trash and disposing them) and realize how great they actually look. It’s almost like an artifact that you have buried deep into the soil in a tin can box and unearthed after some time. Maybe that’s just the essence of it; some things just grow on you if you take a break from them. Maybe abandonment is the key, maybe it’s the memories, maybe it’s the absence of familiarity, maybe it’s a lot of other things but to put it plain and simple, time just changes things if you let it. It heals and destroys whatever it has created and just doesn’t care so in the end, so why should you?

The technicality of his creations also refer to this paradox as some of his works are intermixed by an almost abstracted noise of lines and graphic cartoonish forms practically dissolving into each other all too naturally, while others are quieter and are almost bordering into the minimal. In both these styles, the absolute presence of the artist’s intuition comes across as his greatest strength. He has already mastered the balance of these contrasts by not caring too much and just allowing his creative instinct to take over, entrusting the painting with a life of its own. Extracted from the act of performing painted sacrilege over satiric pop images that we used to love and worship as kids, His works emerge as a crude ritual of chaos as it attempts to destroy and mutilate the very form that it gives life to. Just like how time absurdly demolishes all the things that it creates, while simultaneously recreating the things that it has previously destroyed into newly rediscovered, better forms. 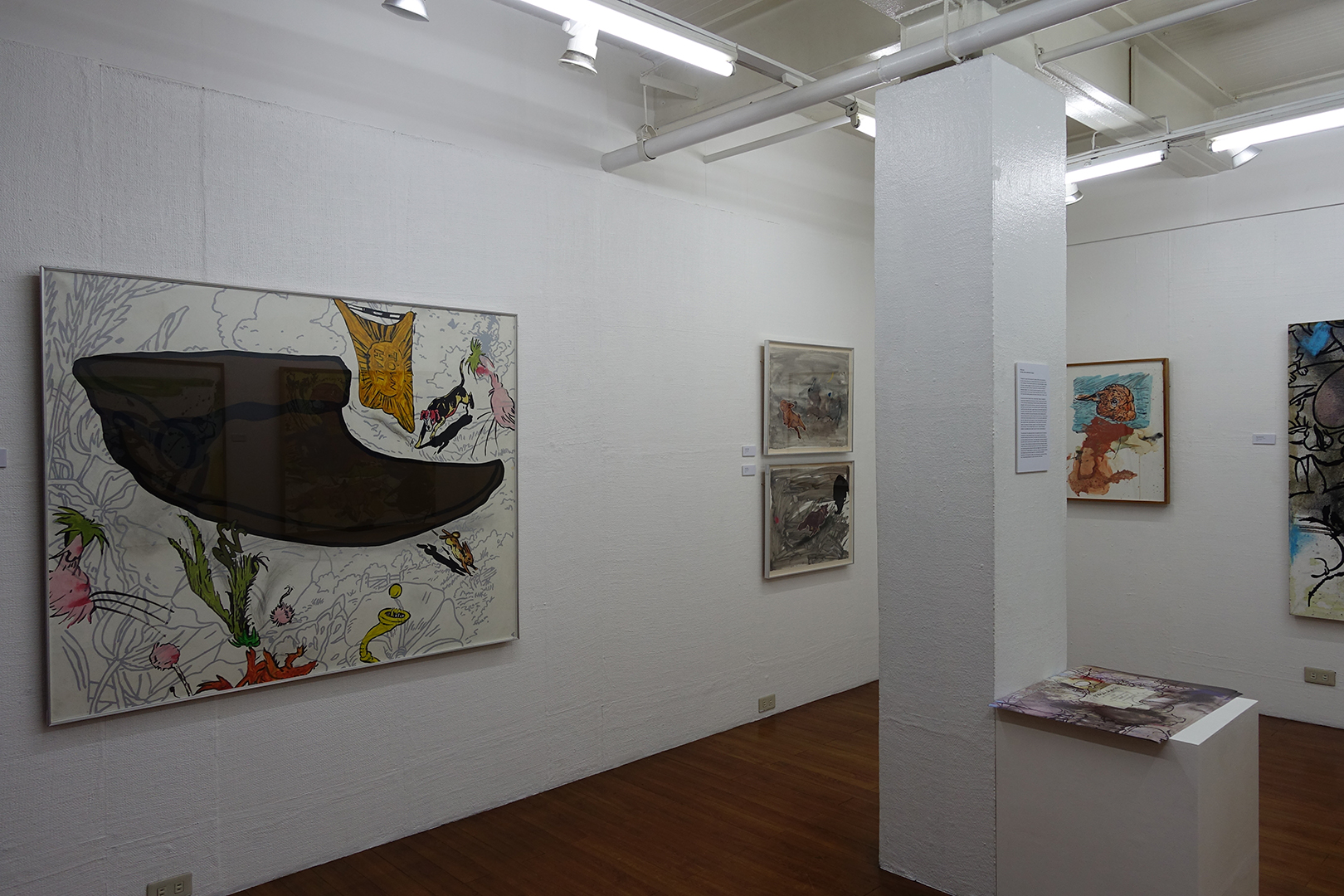 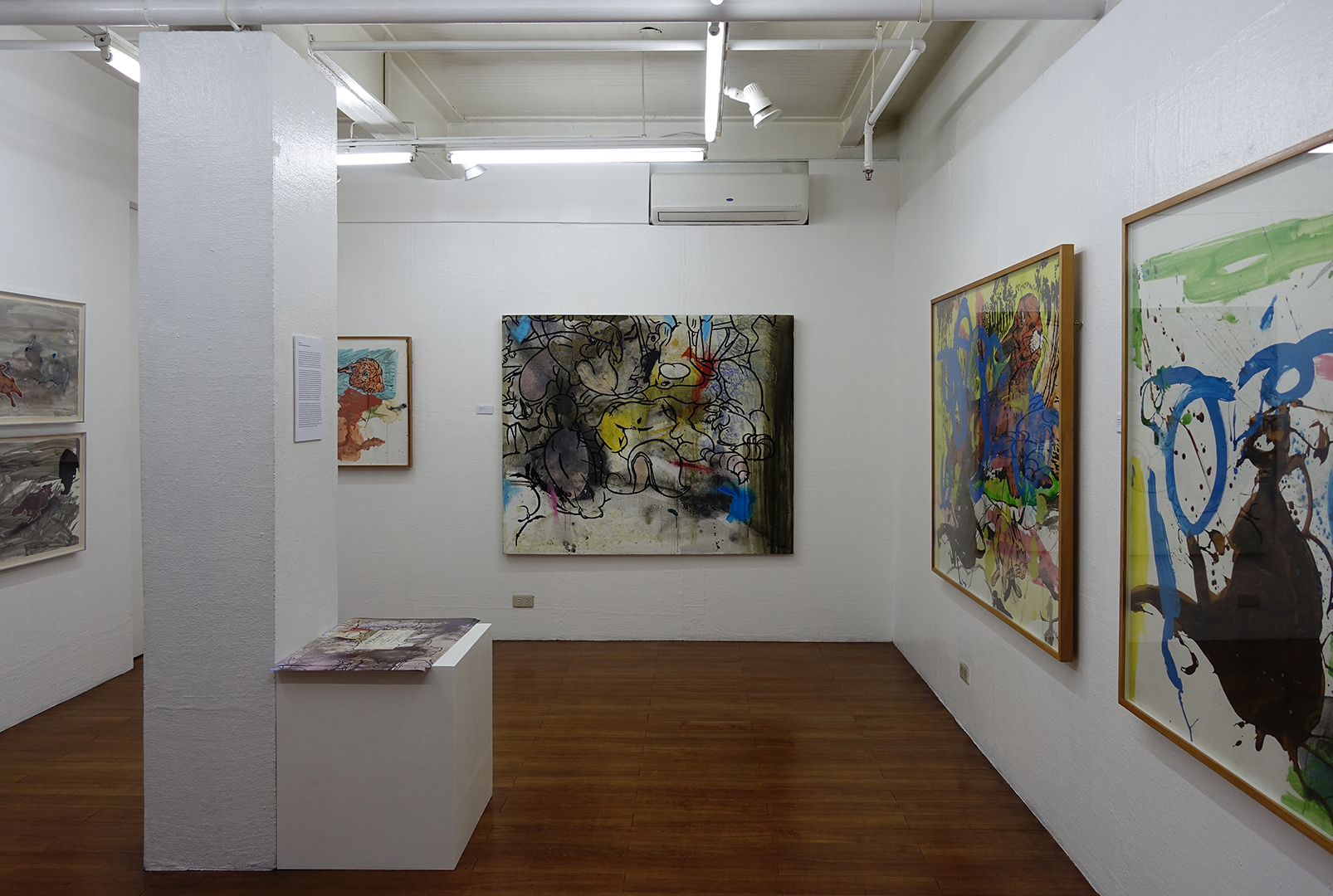 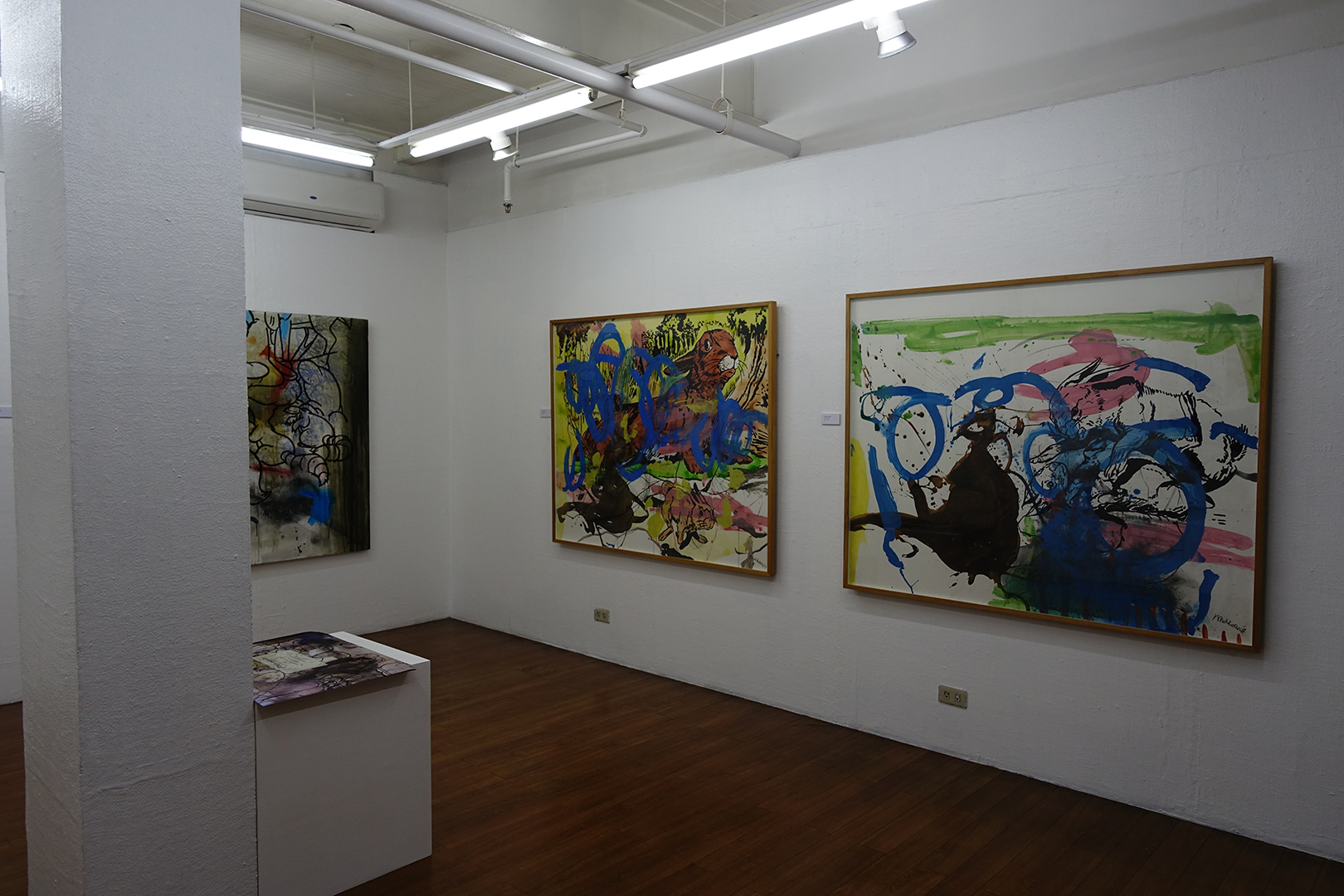 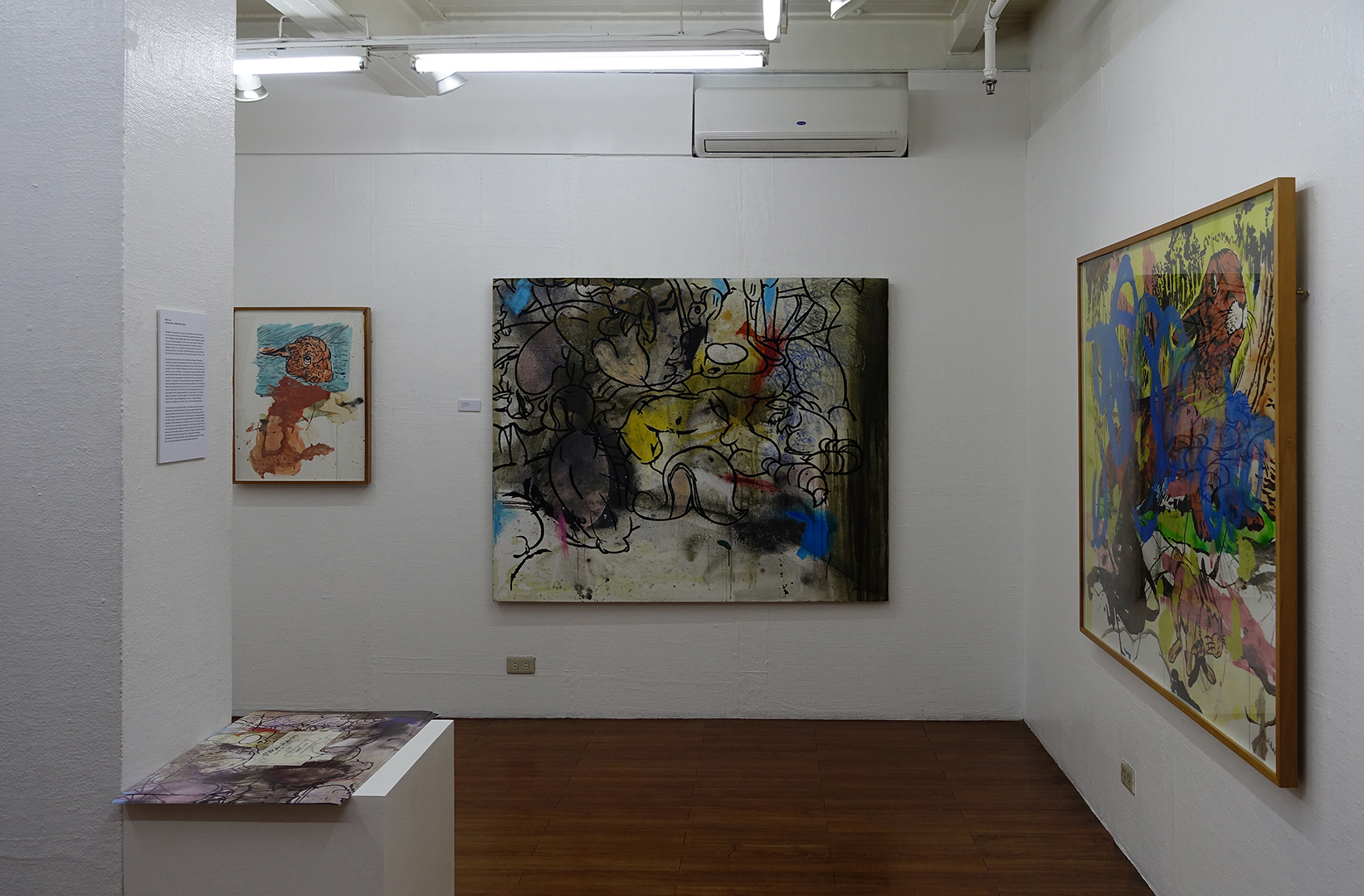 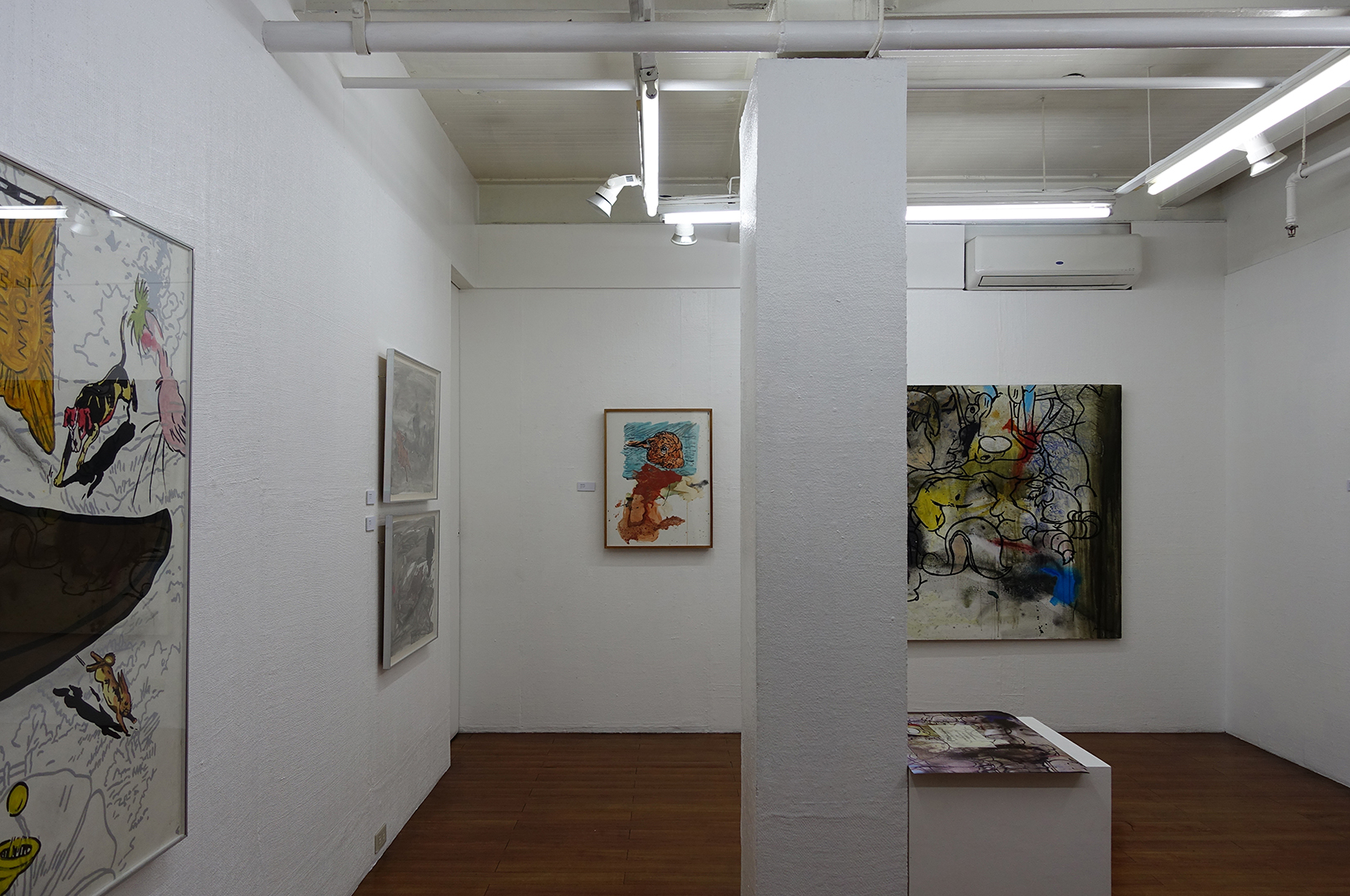 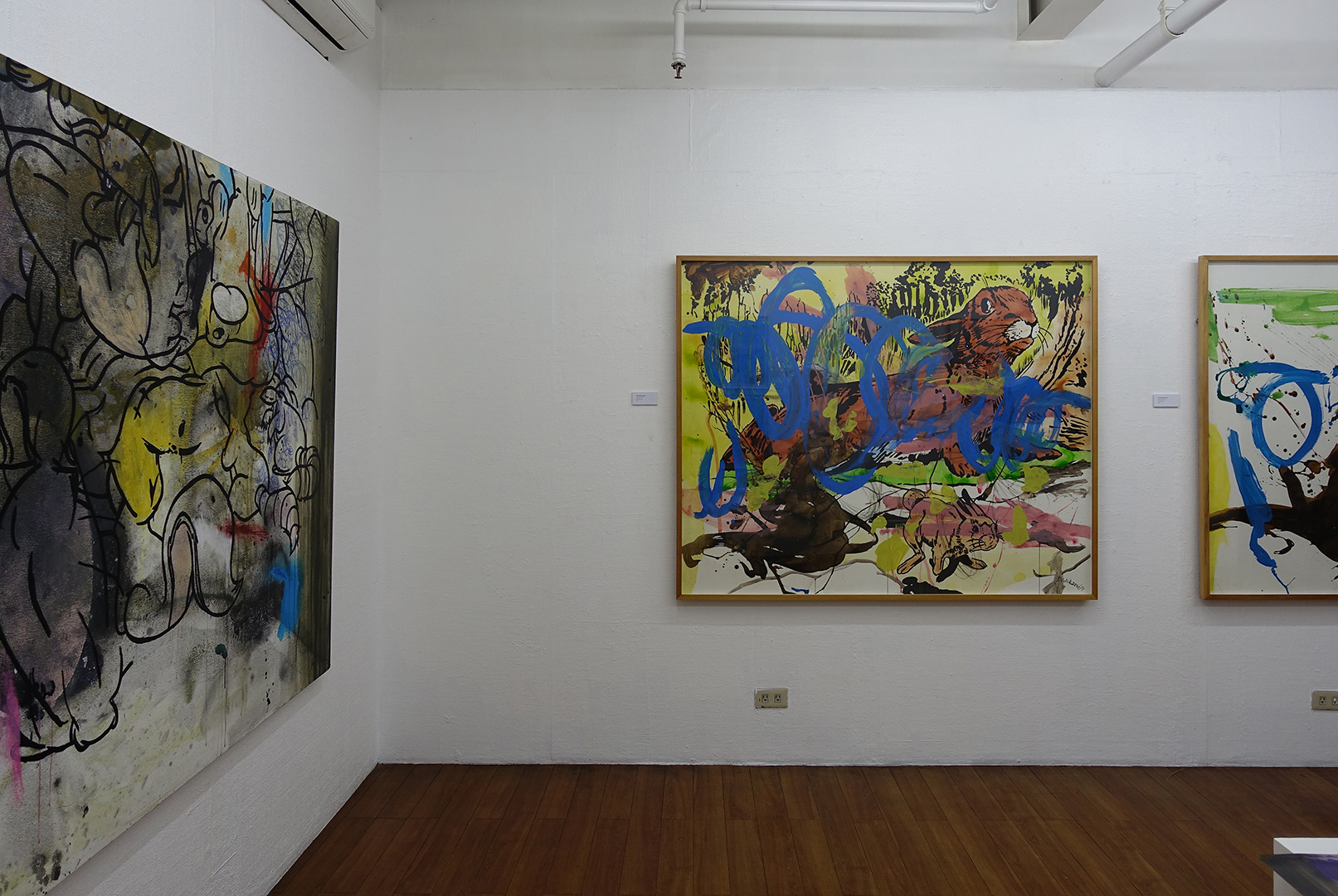 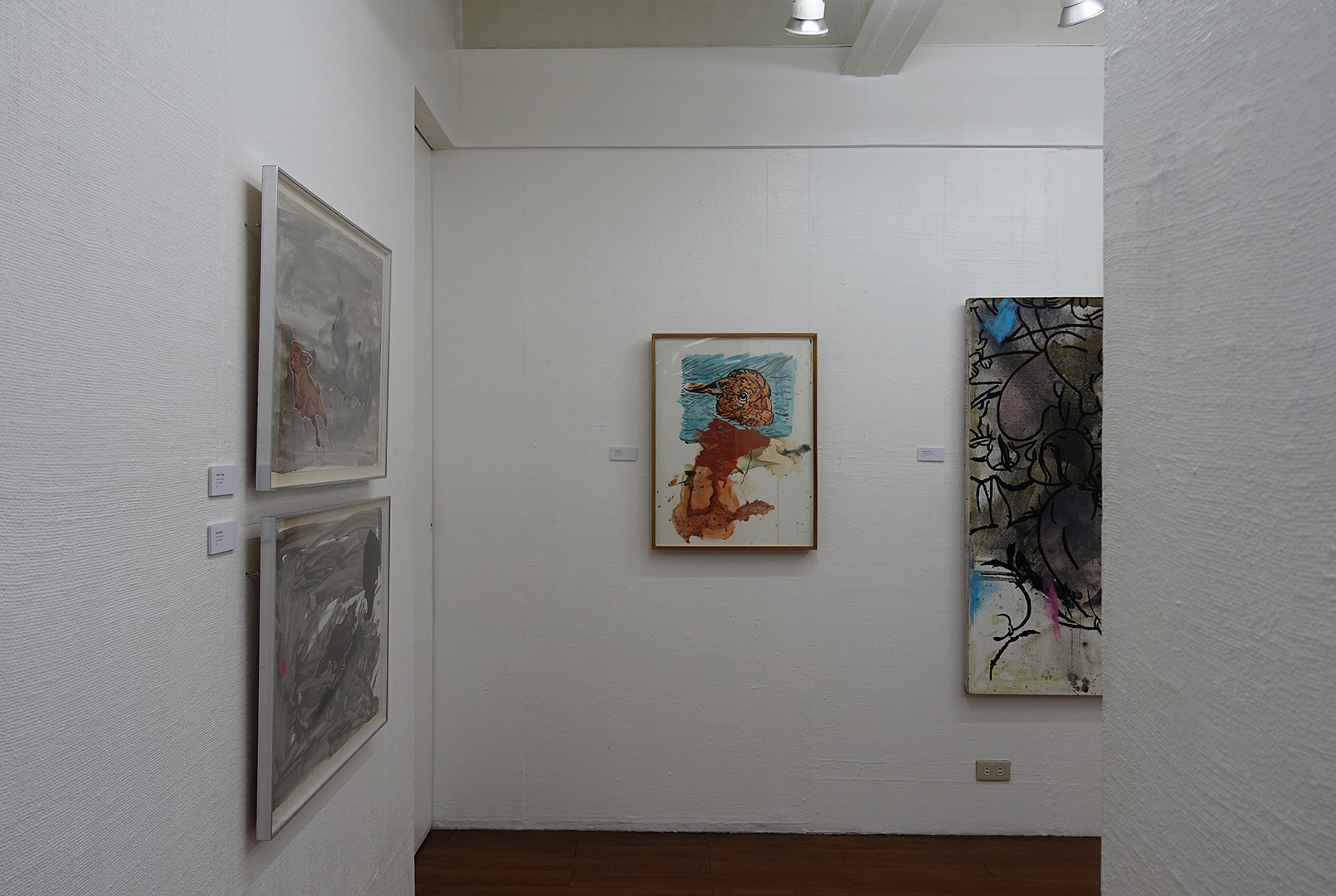 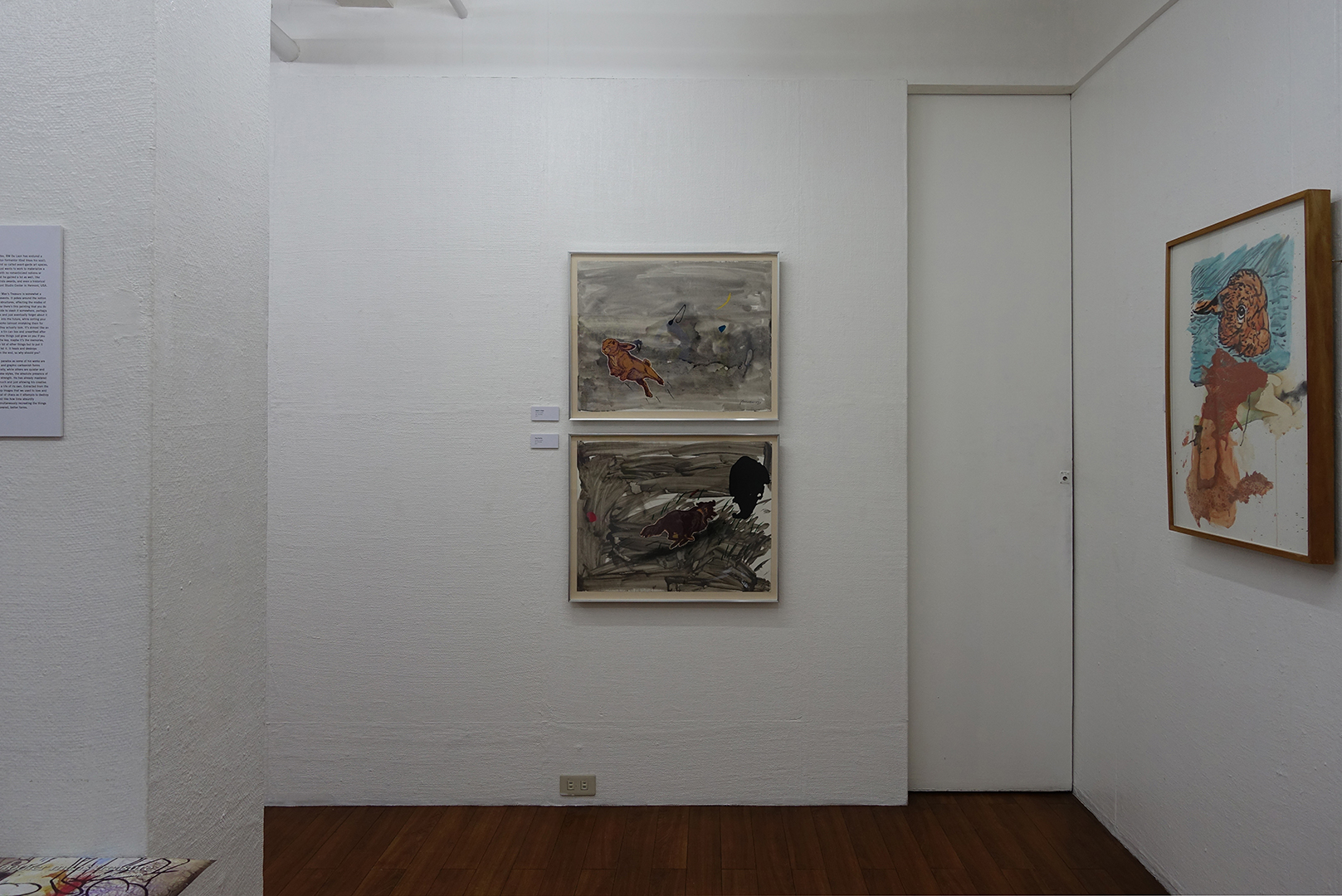