The phrase Cris Villanueva Jr.’s new show takes its title from is more commonly used to denote a state of inebriation, but much as he’s using it as a pun to denote influence in aesthetic contexts, there is a tinge of drunkenness to the sort of energy transfer he’s referring to that makes it a state of inebriation in and of itself. Villanueva admits Under The Influence started out with a curiosity to trace and identify the influences that inform his work which he has, over time and as he should, buried in various codes of misdirection.  But rather than center the show on this confrontation with his own process, Villanueva centers it rather on the processes, and permutations, of influence itself. The abandoned art gallery in  A Picture Like The Others with its former signage lingering on its façade like a ghostly stain of its former self. The black and white image of a chess box in False Starts and  Rough Sketches, as a metaphor for exile. The vintage automobile in People Seen From A Distance Are Rarely Moving  embodying power. Geometric mimicry. Consensual intrusions.  Spectral coercions. Art and space leaking into each other.   The title of one of the pieces, Between An Excess of Praise And A Lack of Love, is taken from a book on the iconic French filmmaker Jean Luc Godard, who certainly knows a thing or two about influence and appropriation and how, at some point, the overlap between the influencer and the influenced blurs until you can’t tell one from the other. This is the position of autonomy from which Villanueva begins his investigation. And Under The Influence is, if nothing else, an investigation, on the physics of osmosis, on the politics of appropriation, on the poetics of influence. 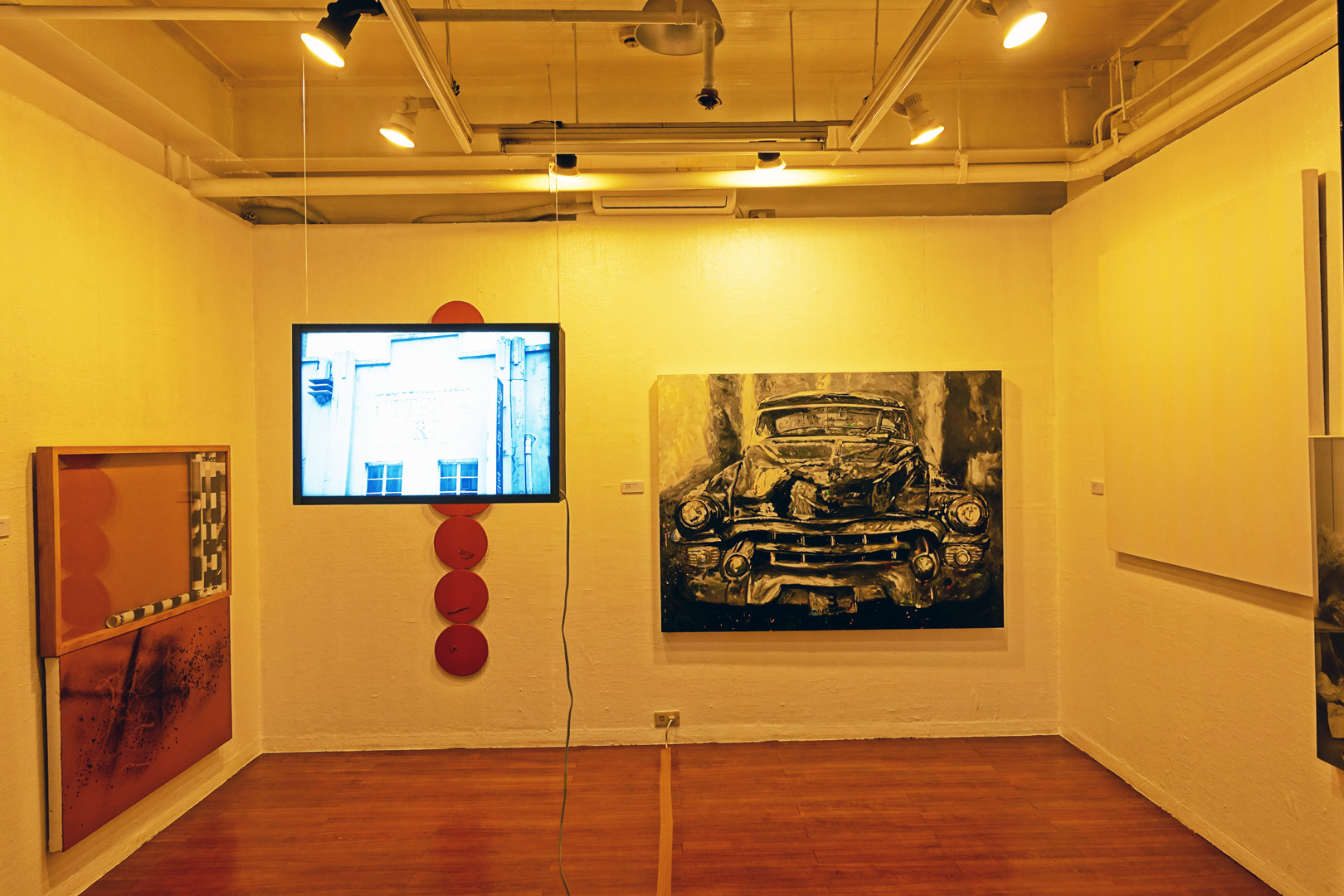