Revering the Road’s  Angles and Turns

With public transport crippled in the midst of the longest lockdown during the coronavirus pandemic, urban dwellers have had to resort to alternative means of mobility, hence the emergence of a huge number of cyclists now traversing Metro Manila’s highly congested streets. Now, even social media is filled with images of bicycles, picturesque spots, and tired, sweaty and smiling road warriors in jerseys and helmets.

Demosthenes Campos is part of the pack, riding Manila’s wave of two-wheeled enthusiasts. In his exhibition of most recent works, the artist presents assemblages inspired by his bike rides. He starts with Hamog, an all-white piece of varying textures that harkens to a fresh early morning start, with the added calming effect of cool dew, fog and mist. In Pagaspas, strands of multihued thread are suspended like tiny mudguards flapping in the wind. Angle of Dip’s multiple triangulations are interpretations of a biker’s brain calculating the force needed to overcome the next seemingly impossible incline. Matarik offers the texture of cracked concrete broken by the steeply angled bumps on the road. Observant is a whole trip condensed into a wall-hung object, replete with the multiple colors of the city encountered while on the road, celebrating streets, avenues, stalls, stores, and even bystanders that also need to be kept safe by the riders. Detour is the hidden alley that leads to a particular destination faster, with less turns and extra effort, sometimes into surprising thoroughfares. The largest piece in the exhibition, notable with its row of colored pencils and deep green turf, Rainbow Tree is named after the only eucalyptus specie that usually lives in rainforests and is native to the Philippines. The varying pigments of its bark portray the colorful characters met along the way, the flexibility and hardiness of each cyclist, and homage to the eucalyptus menthol oil used to massage weary calves at the end of the day.

In Inclination to Observe, Campos imparts not only life on the saddle, but all the details involved in it. The straight lines of his assemblages not only pay respect to the paths that lead toward one’s intended destination, but also to the relative freedom that a cyclist experiences, and the desire to go further and farther despite the sun, sweat and smoke. With multi-layered pieces, patterns and objects of varying hues juxtaposed in his works, each crack, obstacle, twist and turn leads to the heightened awareness required for each ride, witnessing while looking at all directions and experiencing glimpses of sky, grass, and soft textures ruffled by wind gusts. Observing the road properly means riding safe and adding to the rush of overcoming that steep incline you thought you’d die before conquering, and enjoying the inertia gathered while freewheeling downhill. Indeed, life is a series of ups and downs. Still we pedal on, looking forward to the end of each trip, and the fulfilled rest our mortal bodies deserve.

Demosthenes Campos graduated from the Technological University of the Philippines. His fascination with form, texture and the physical characteristics of myriad materials has led him to unexpected explorations in mixed media that dwell on environmental issues, urban landscapes, growth and decay. He has participated in group shows in the Cultural Center of the Philippines, Bangko Sentral ng Pilipinas, UP Vargas Museum, Ayala Museum’s ArtistSpace and Art Fair PH, emerging as one of his generation’s most prolific abstractionists. A grand prize winner of the Nippon Paint Spray Art Contest in 2000, his works have been cited by other competitions such as third place in the Philippine Association of Printmakers Open Fine Print Competition, finalist in the Instituto Cervantes Letras Y Figuras, and several prizes in the AAP Annual Art Competitions. He also placed second in the 2006 AAP-ECCA Semi-Annual Art Competition, and received an Honorable Mention in the 15th GSIS National Art Competition 2019. 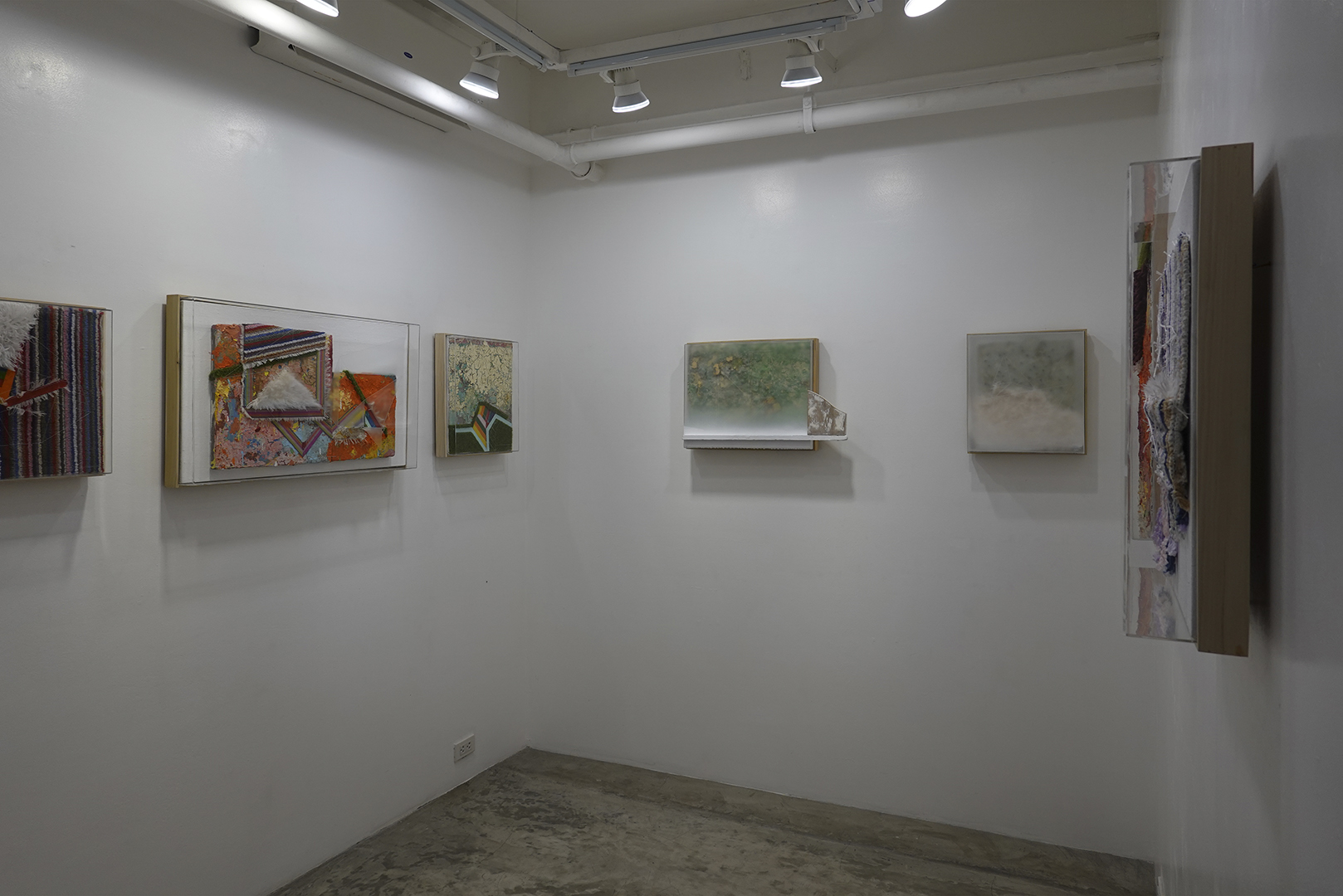 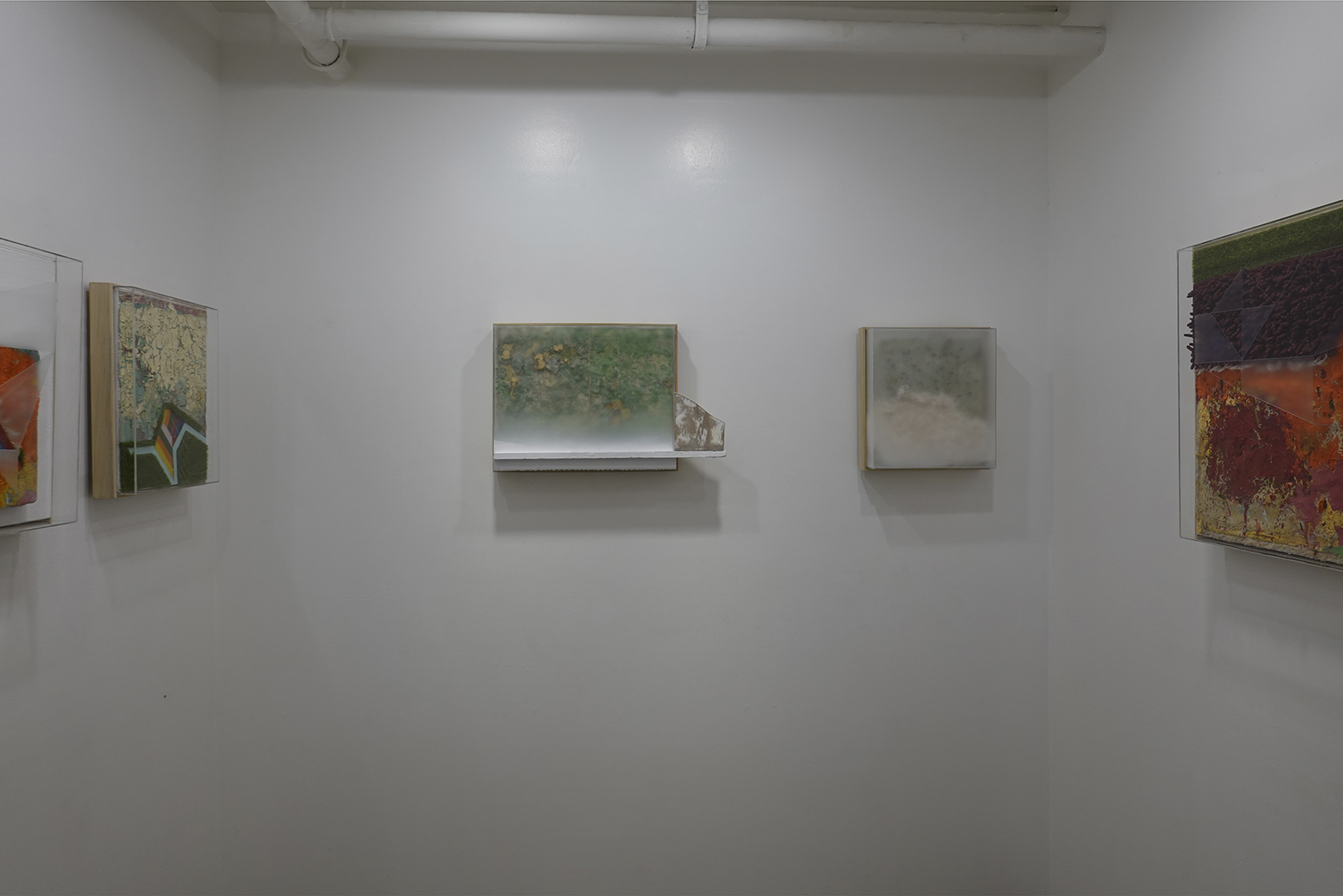 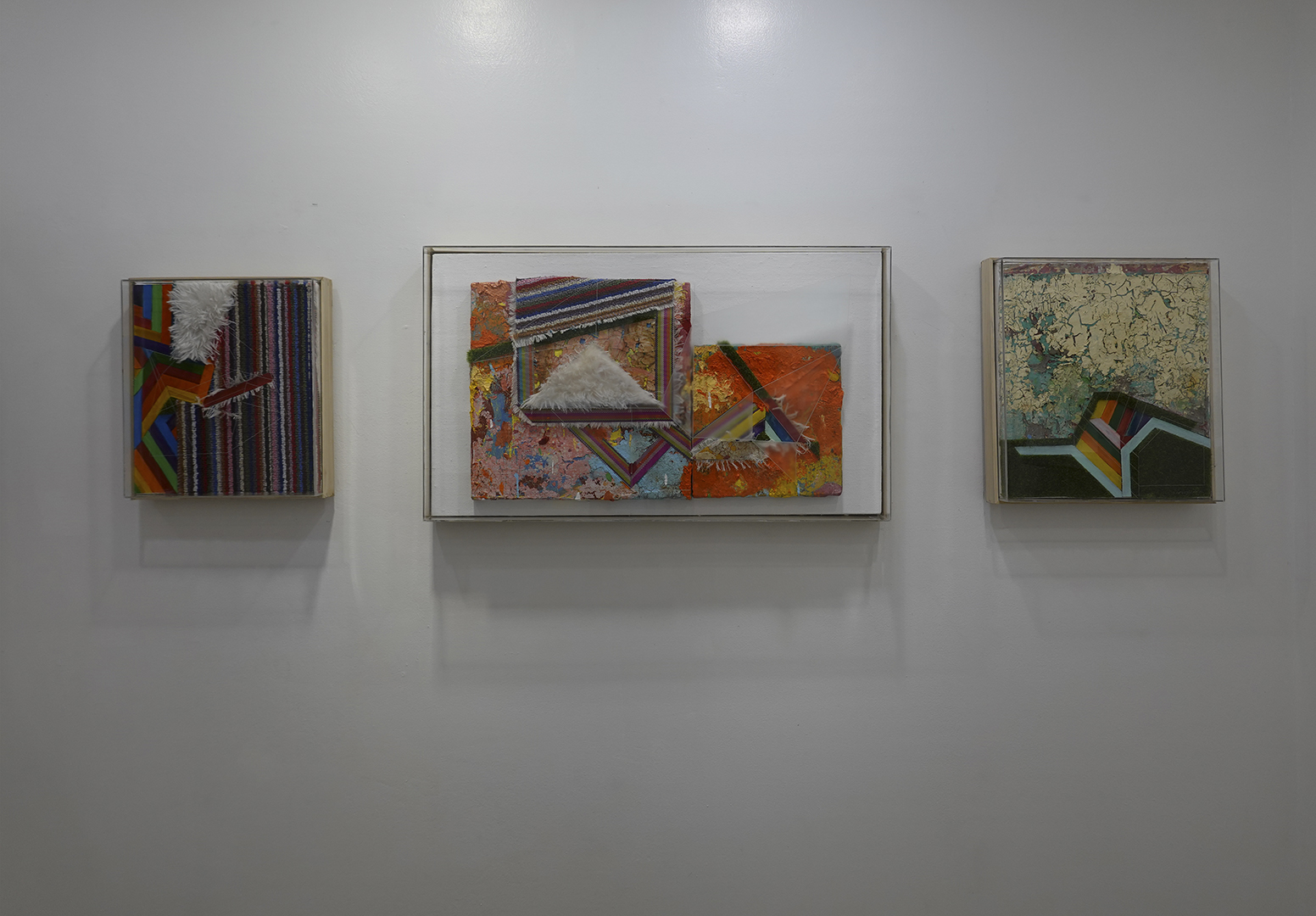 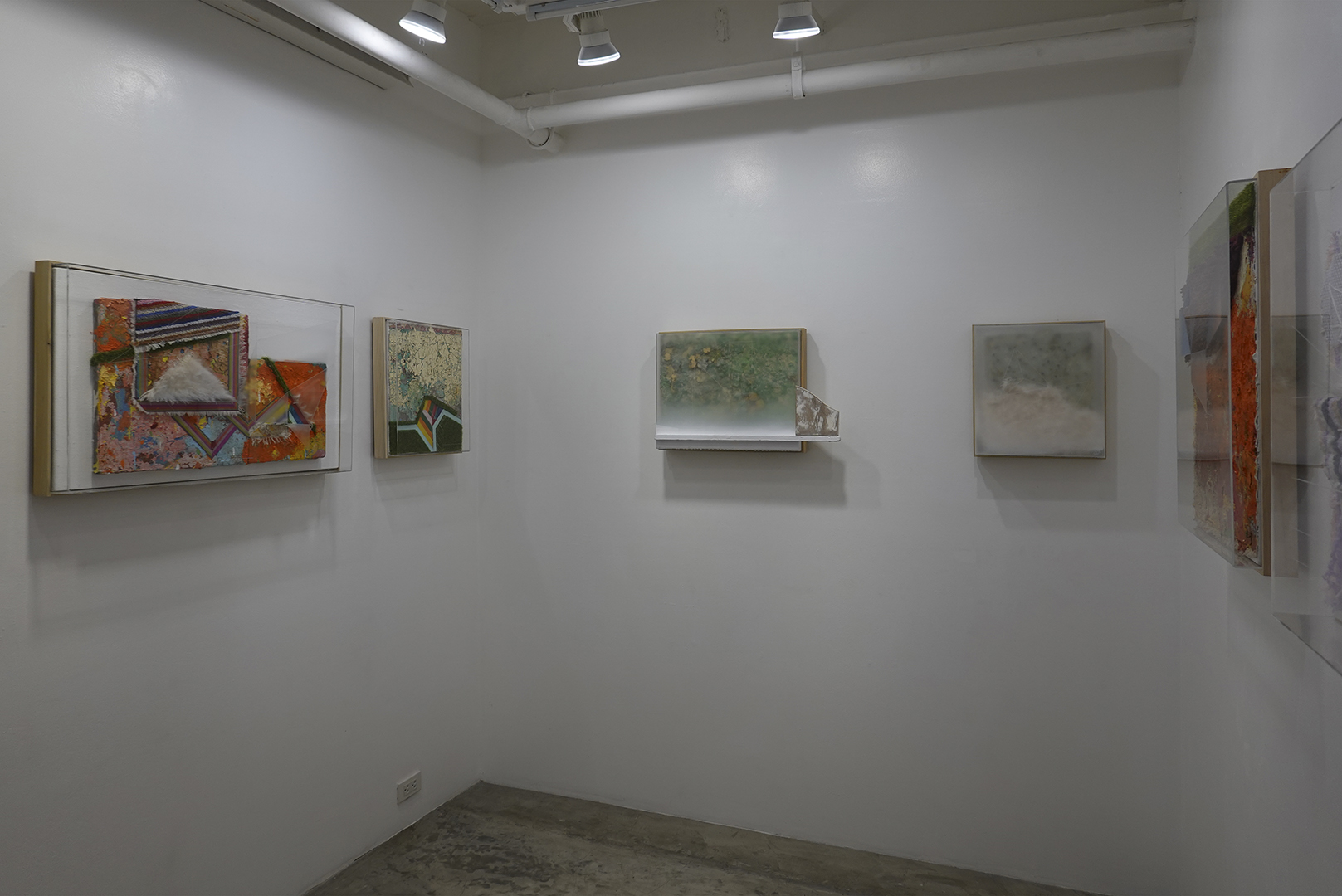 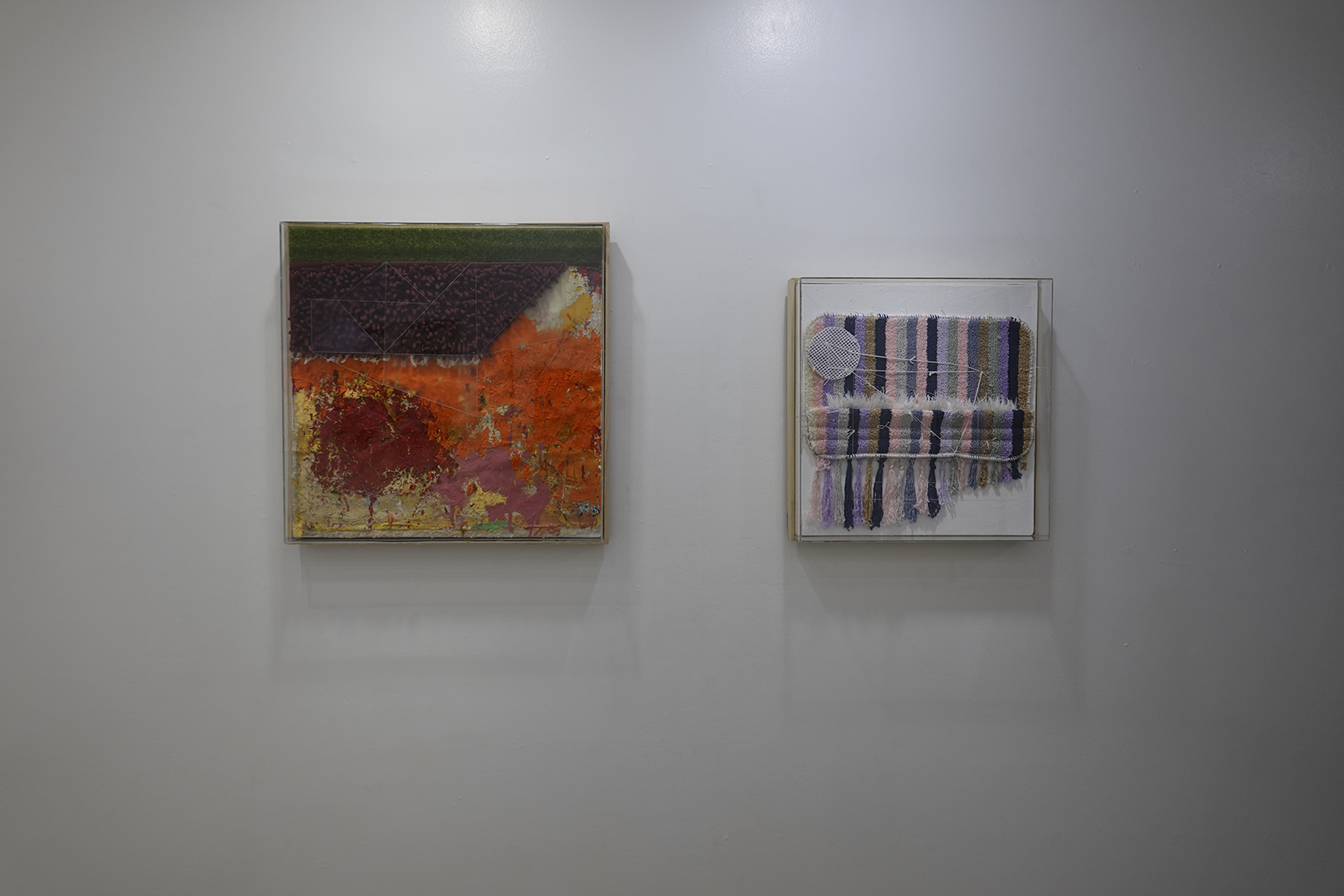 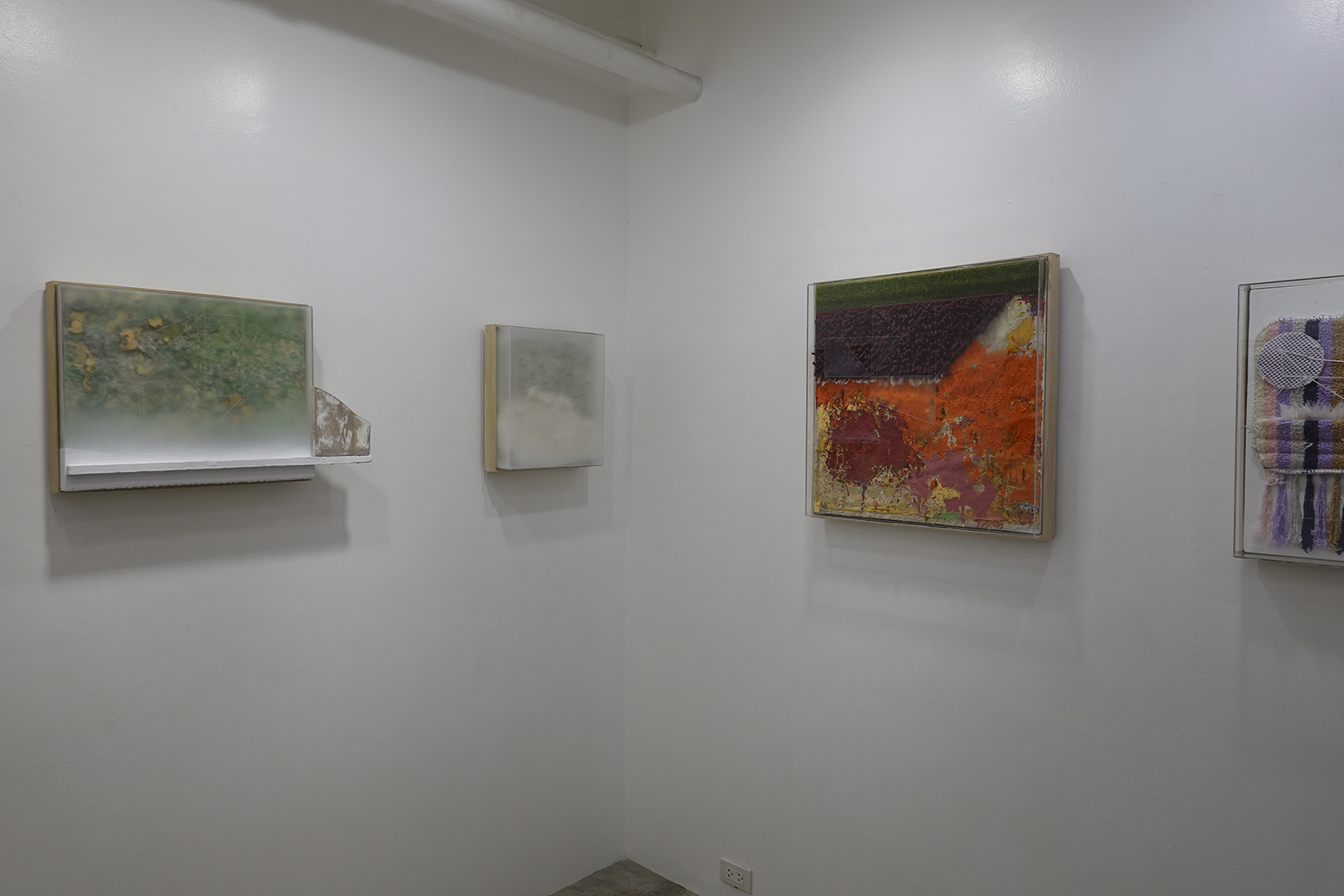 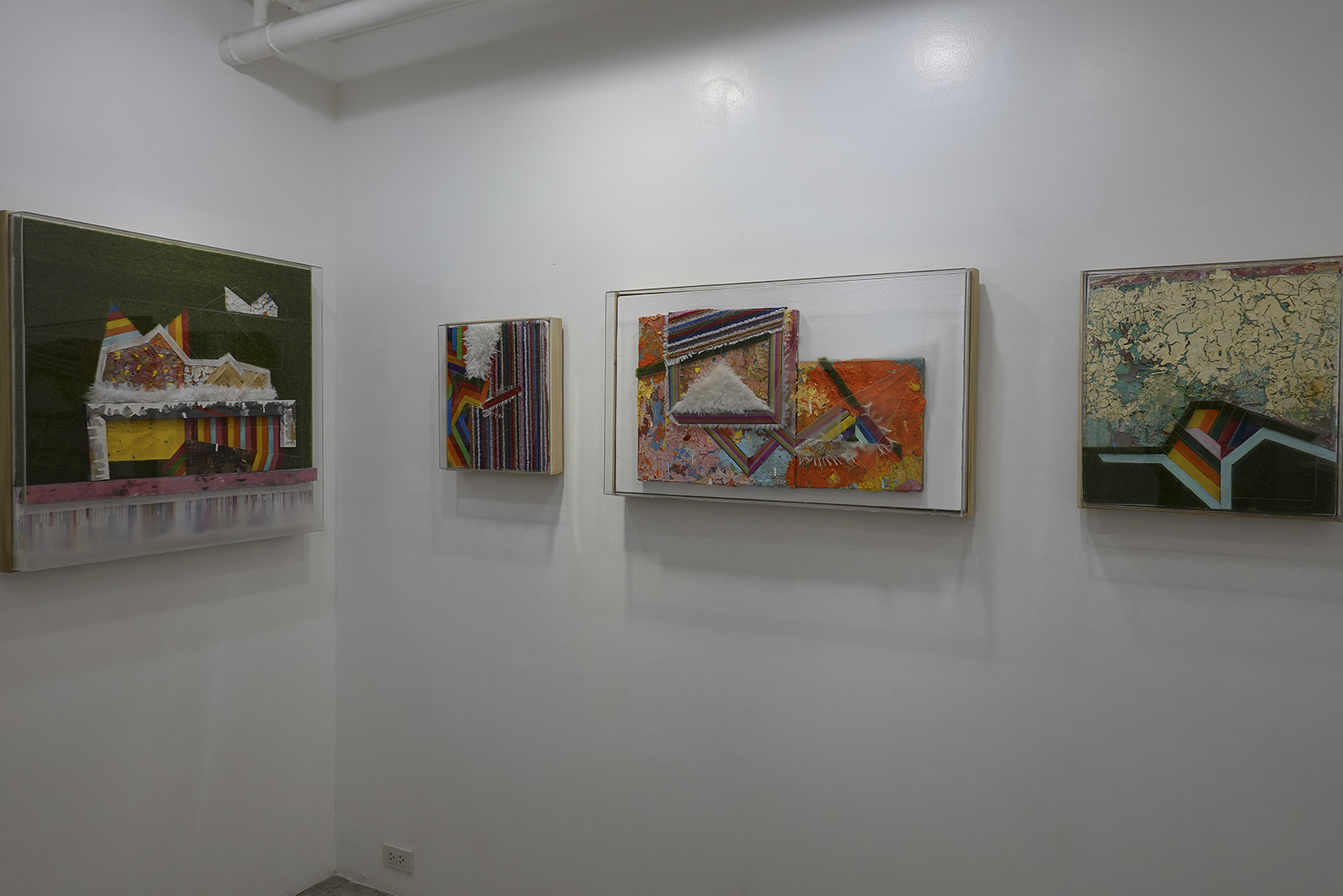