A fine work of art can start a dialogue and speak to us in a language full of obscurity and clarity at the same time. It tempts our gaze into the sublime and communicates through the familiar symbols and images transformed to a fantastical world. Don Dalmacio’s pensive abstraction can attest to this idea. In Hi Hello, Dalmacio surrounds us with the silence of phantom images with hints of urban life. Employing his usual tactic of seamless and deliberate overlapping thin layers of paint, Dalmacio renders a complete image to his viewers. His spontaneous intervention in each blank canvas results to fragmented yet completed thoughts as if he they are memories of dreams with enough details to convey a story.

Inside the gallery we are greeted with his Hi Hello Forever; an image reminiscent of his old paintings of two coconut trees in solitude but this time, they are mere impressions covered with muted olive greens with hues of gray. Behind them are outlines, resembling a pyramid and neon lighted house forming a sort of mirage amidst a barren land. The monumental piece is contrasted with Dalmacio’s ominous rendition of David Hockney’s Bigger Splash, giving it a different tone and narrative by inverting Hockney’s bright color pallete to a more somber color scheme while focusing on just the splash and adding a personal element outlining a pool ladder. His Still Still Life is exemplary of Dalmacio’s bravado and mastery in choosing a single image that relates an entire scene. A single monochromatic street cone can automatically acquaint the viewer to a night scene passing by a construction site or a traffic jam along the busy streets of the metro.

Dalmacio’s magnanimous triptych, Old Waves and New Caves, spawns a vague yet compelling meaning with every symbolism attached to it. We are presented with objects mimicking actual things; a lamp like object; a half naked woman and splashes of neon and muted colors. In each glimpse a new idea emerges however inchoately perceived. This holds true in all of Don Dalmacio’s works, they taunt us with new effect with every glance and signifies a never-ending investigation of the actual intended interpretation. One may never find a resolution but his works promise to never cease to ask the viewer to make a guess; their personal response to every interaction. The works will endlessly challenge the viewer to go beyond ‘hi’s’ and ‘hello’s’ and proceed, intimately and aggressively, to a colloquy only they can realize. 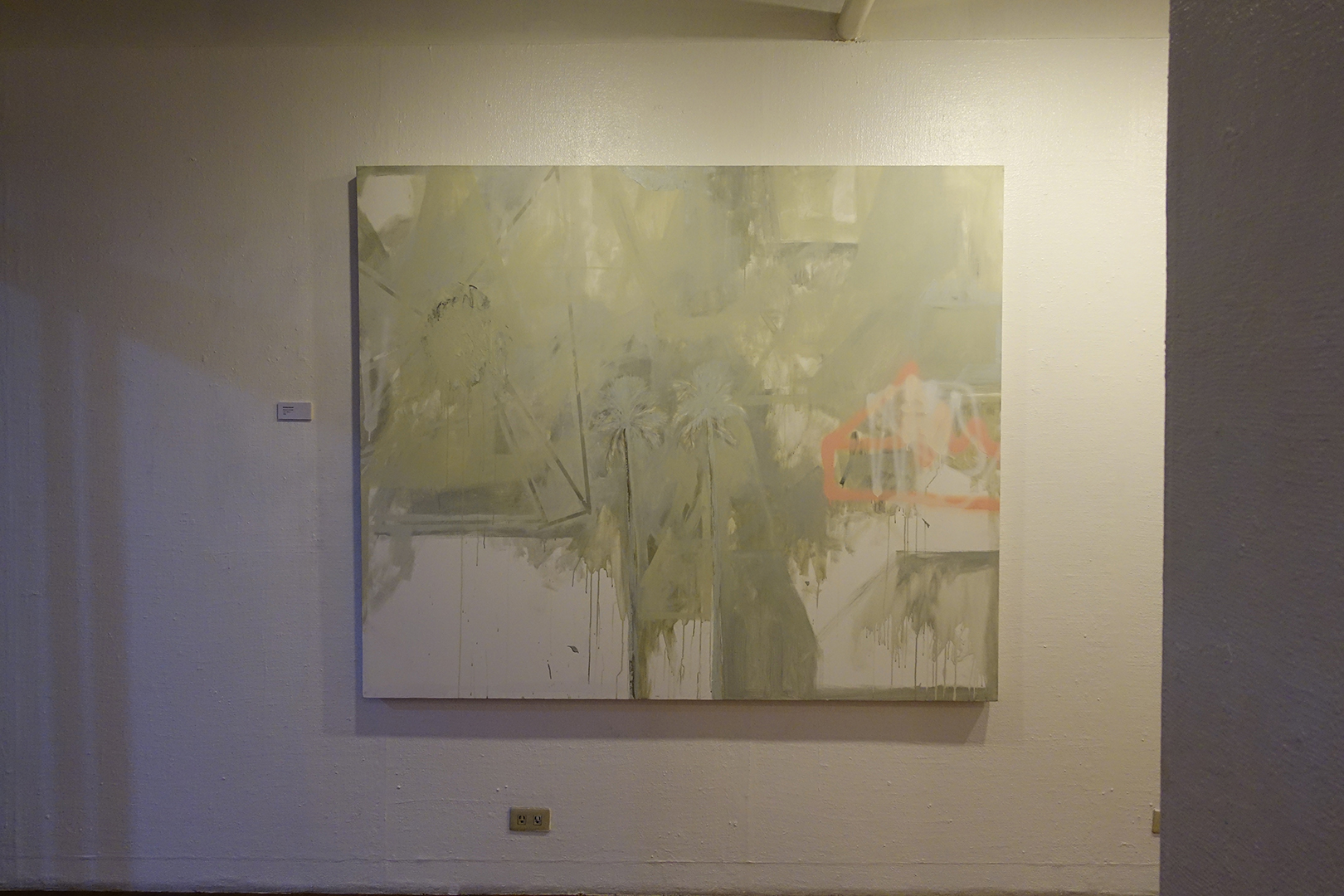 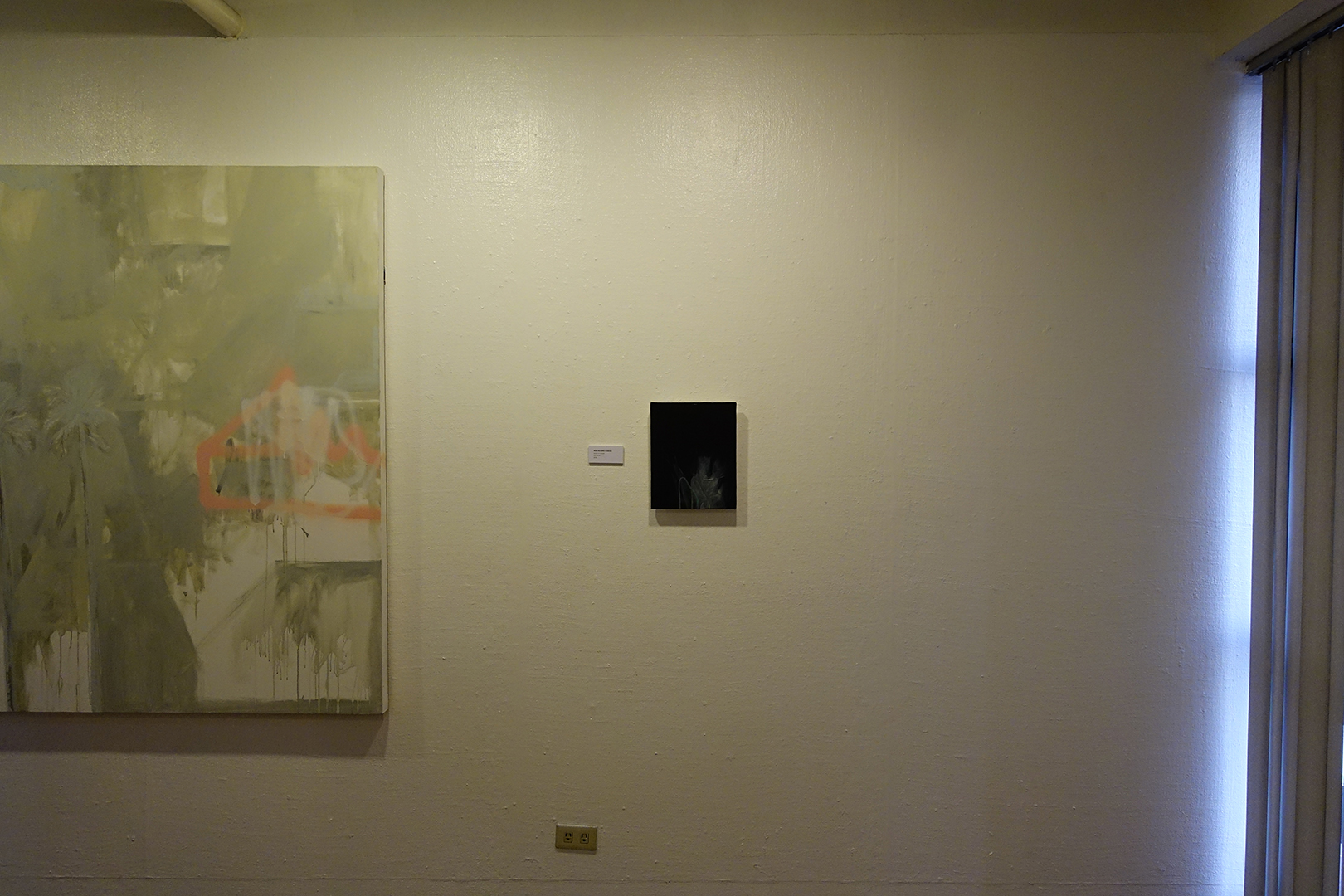 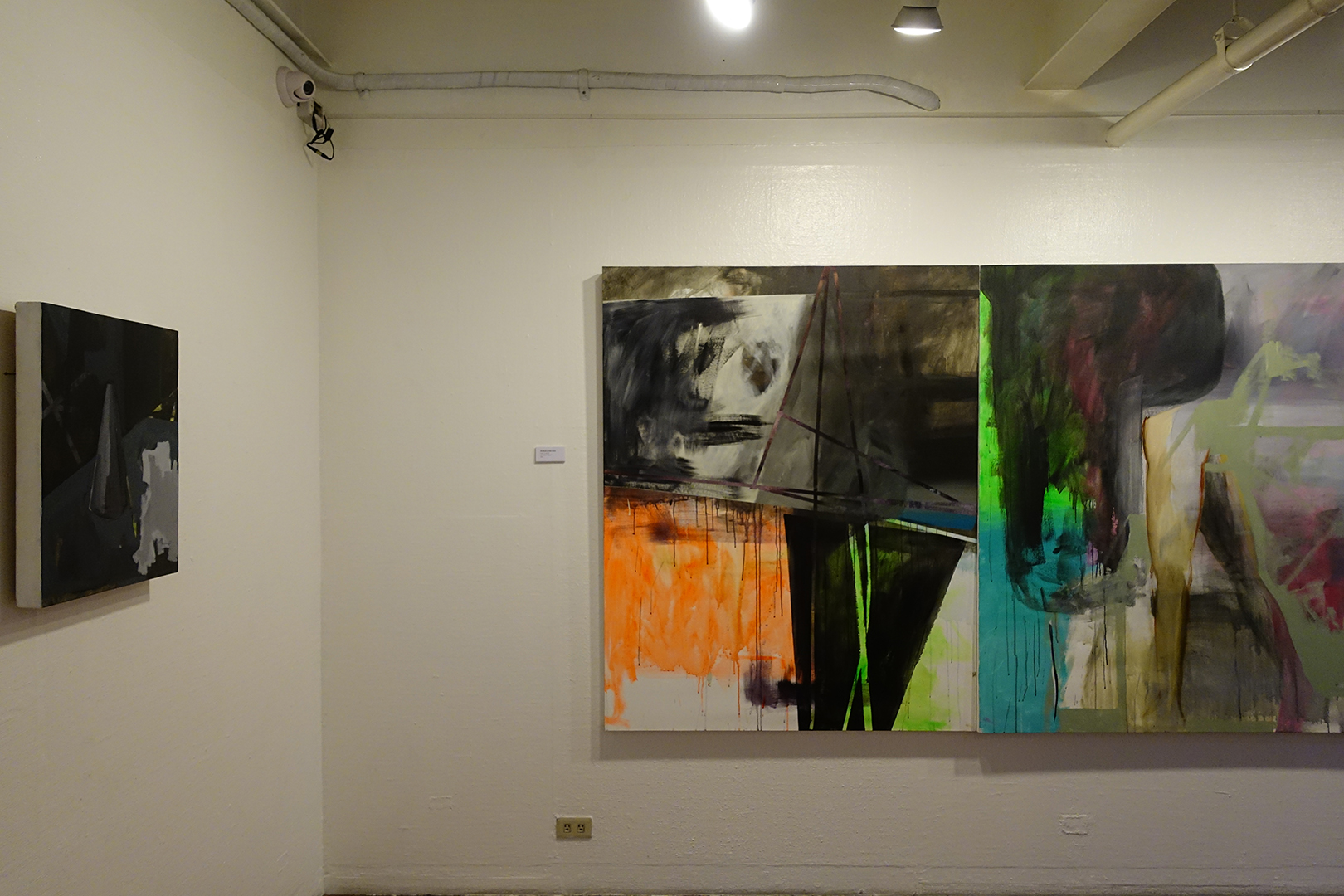 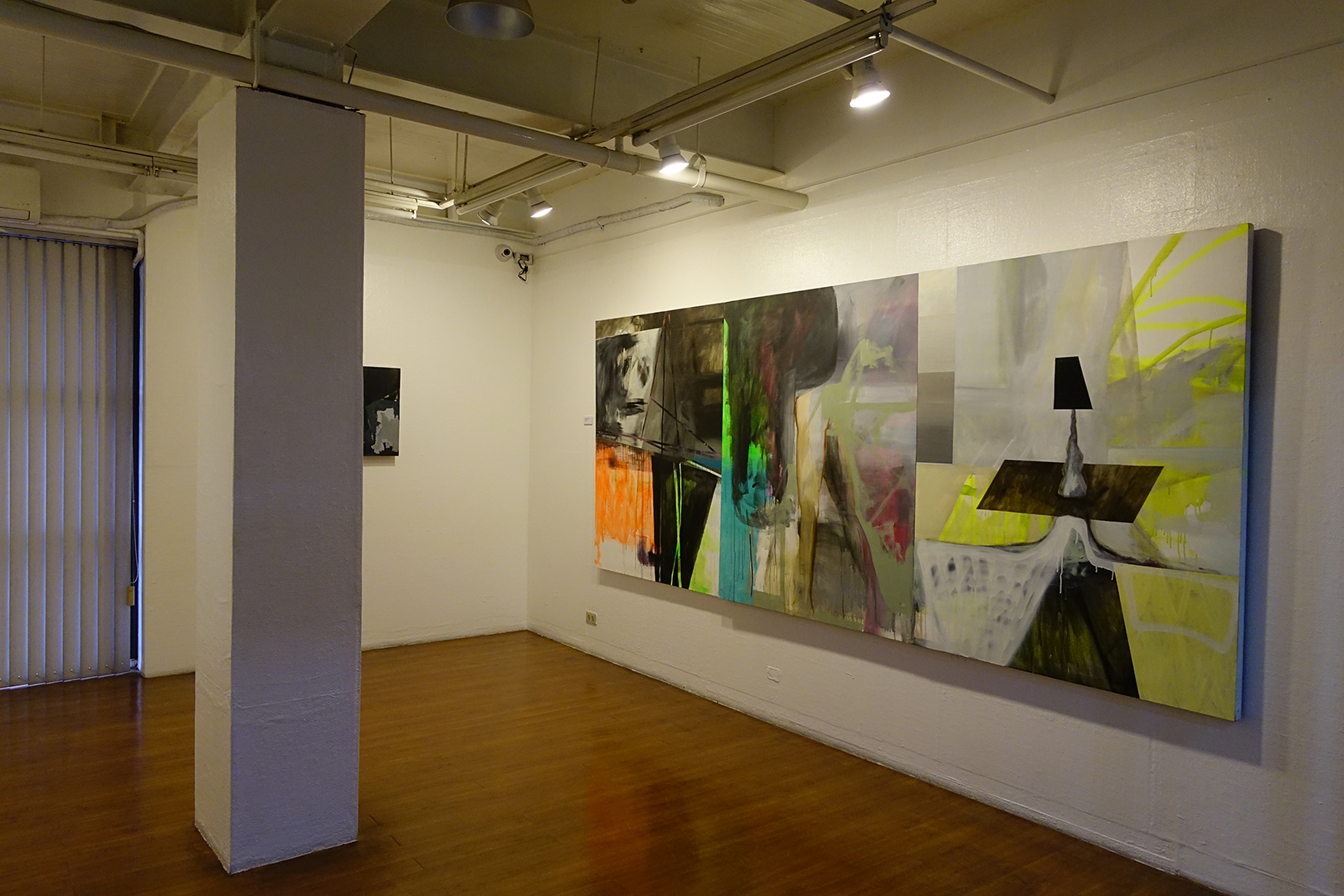 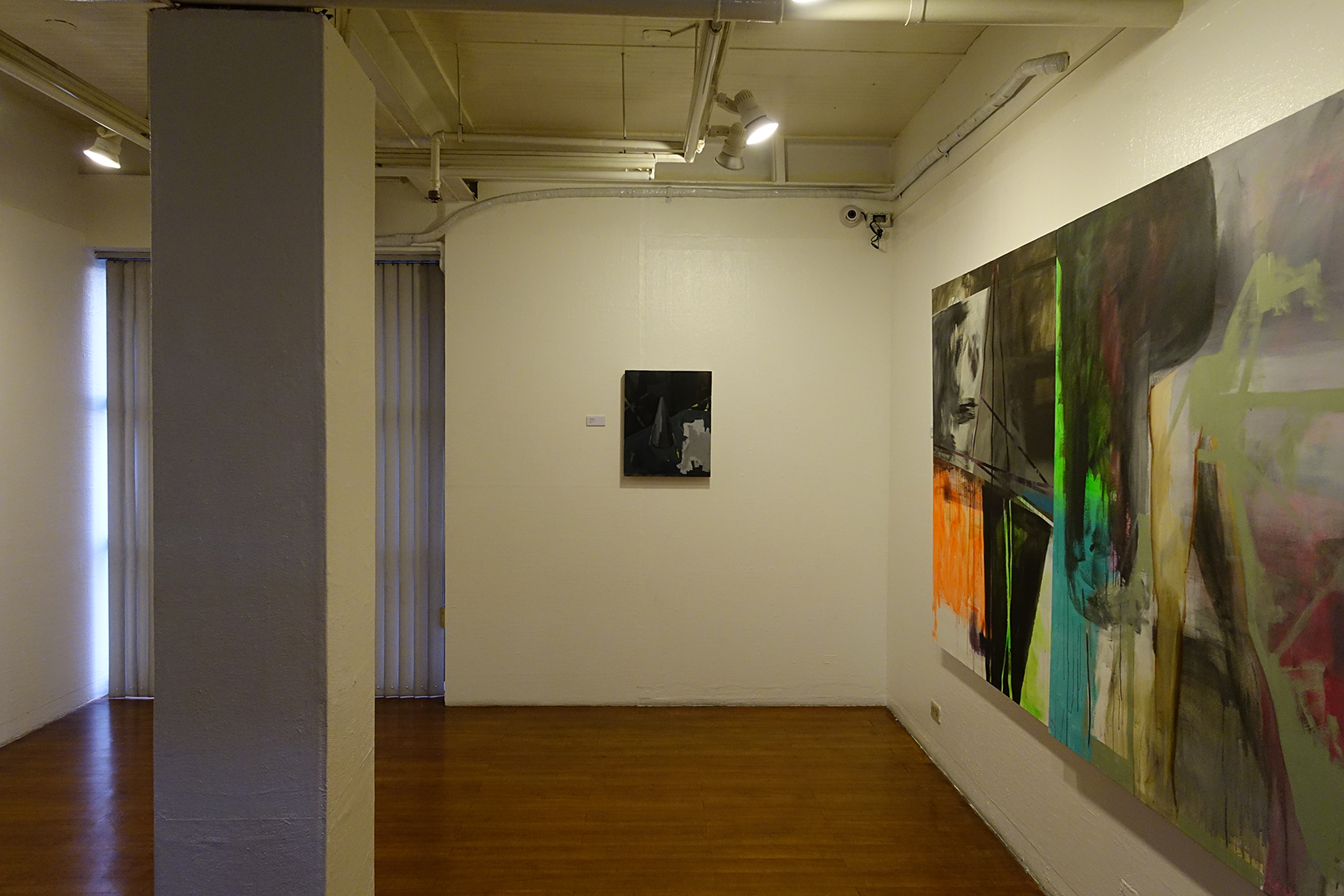