Reflect. At your own risk.

From the myth of Narcissus to the investigations of Lacan, it seems that man can never escape the complexities that arise from seeing one’s own image. From tales of the ancients as well as of Narcissus’s reflecting pool, reflections were deemed foretelling—which either enchant or distort the image that begins to form upon the surface of tranquil water, fleeting and vulnerable against the slightest disturbance.

Mawen Ong explores this delicate relationship that reflection has with reality by turning to objects that embody reflexivity itself: vanity and compact mirrors of various shapes and sizes. Here, she takes them out of their respective dwellings, from the bureaus and dressers of the masters which they have served and into the scanning machine, exposing to light properties and characteristics that have defined and shaped their existences. Some of these identifying marks include a chipped frame, the discoloration from worn-out brass handles, scratches from brittle plastic casings, and the intricate patterns that line the edge of an antique hand mirror. By running them through a scanner, their images are recorded, archived, and are reflected against the machine’s own looking glass.

The photographing of these instruments for reflection—processed on photo paper and encased in their new set of frames—is in itself an act of mirroring reality. And it is a reality echoed and encapsulated into these little devices, into these compact mirrors, from which we can sense through their nuanced forms the hundreds and thousands of other realities that were once reflected upon their surface, the different personas who faced themselves attesting, “This is I, I am real.”

It is the kind of self-realization attained through mirrors. The kind that Lacan has postulated necessary for man’s development into an evolved social being. And the images of these used and worn-out mirrors are proof that every once in a while, we still drive ourselves to that pond of Narcissus, willing to get caught in our own image, willing to fall in love with it. These hand mirrors—instruments that satisfy cravings for self-validation—become indexes to that idea, to the vulnerability of reality as if it were reflected on still water.

Here, like in many of Ong’s previous works, photographic technology plays a key role. The flatbed scanner, as a photographic device, becomes our reflecting pool, which is mired in its own limitations and susceptibility. It is an instrument that reflects, which could be argued as holding the same, age-old purpose of art—as a reflection of reality. A mirror does the same, which could also be contended as being the primeval origin of all complex recording devices of today. But in reflecting them against each other, what we see is a void. Darkness envelopes the mirror’s surface. It is light reflecting light, an overexposure. A chasm across two reflecting worlds. It becomes materialization of that fear—when sometimes, the desire for an unblemished reflection is thwarted by the unexpected. It is the risk we take.

This blank, negative space from Mawen Ong’s images of mirrors are the unexpected, the undesired. They failed to reflect, but at the same time they are the unblemished reflections of the mirror’s state during the scanning process. The resulting non-image becomes the truth to which we can index the world. And from this occurrence lies a gamut of philosophical and practical musings, such as, ‘a mirror can never reflect itself,’ or, ‘light reflecting light can only cause darkness.’ But as a symbolic object to an idea, it pronounces a poignant aspect about reflection: that it is almost as unreliable as artifice, and that it is almost as bendable as perception. Much like reflections from a pond.

In Fear of Still Water, not only is the material condition of the mirror questioned but also the notion of reflection itself—as apparatus for the discovery of either delight or dread. In doing so, Mawen Ong also raises questions about representation and the artist’s ability to record appearances. In recording the mirror’s unfiltered appearance with an image scanner, she has found an irresistible paradox: that it inevitably eradicates the mirror’s essential trait which is to reflect; and in doing so, its existence becomes more pronounced. The mirror as object has been freed from the other—its reflection, which is like a veil lifted to reveal its true face. The mirror’s failure to reflect gives way to its own existence, as if talking back to the world that used to fill its surface—this is I, I am real. 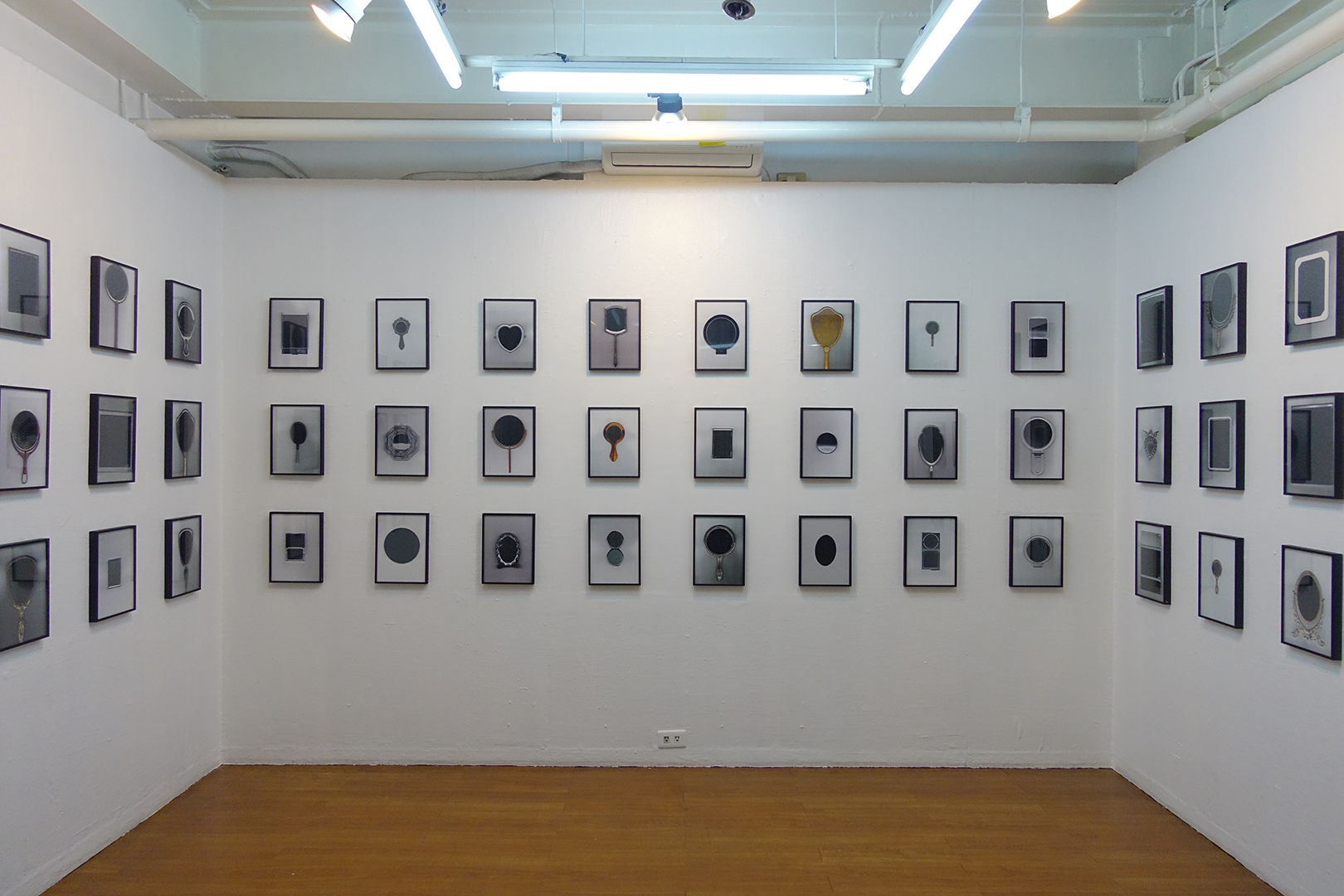 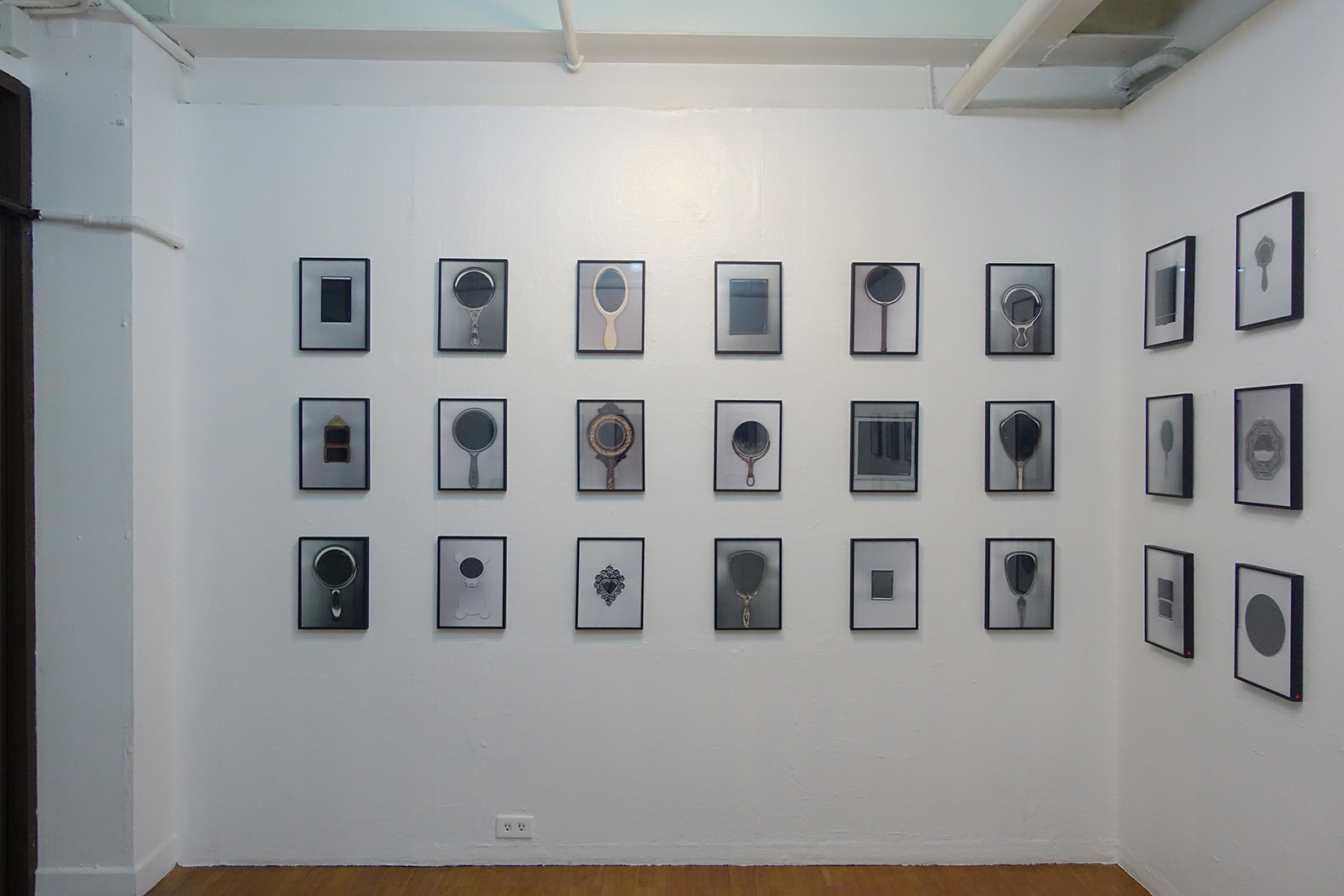 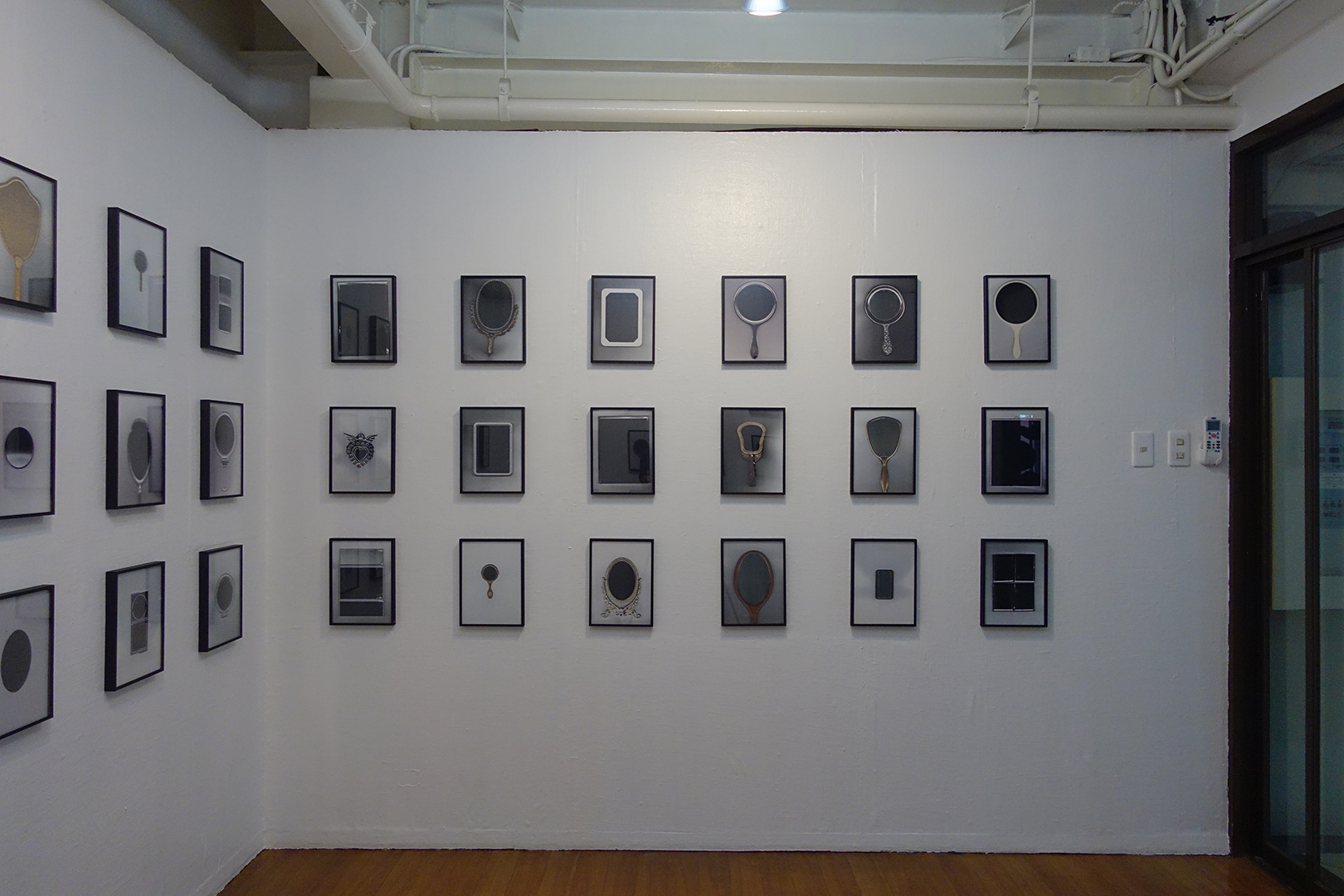 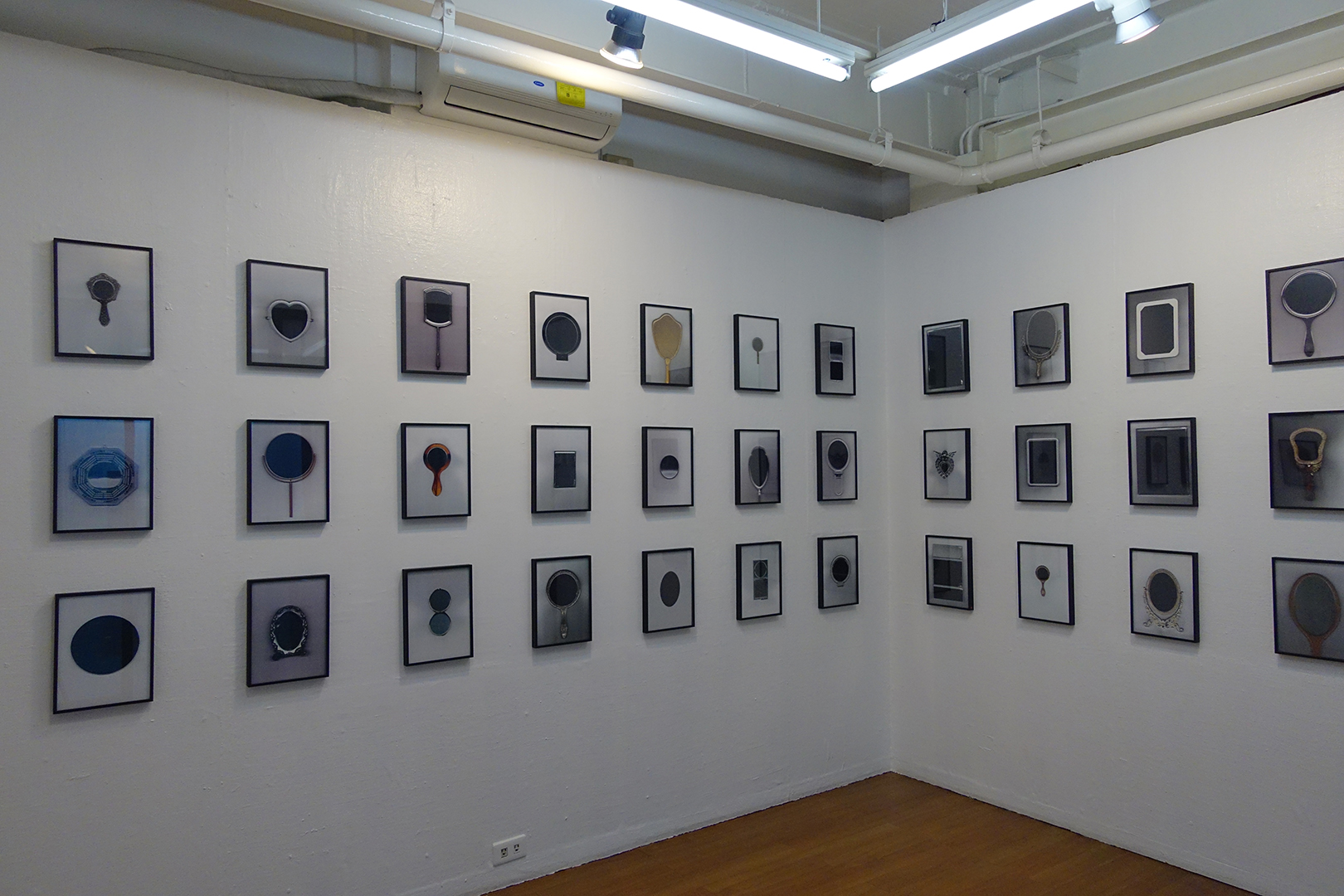 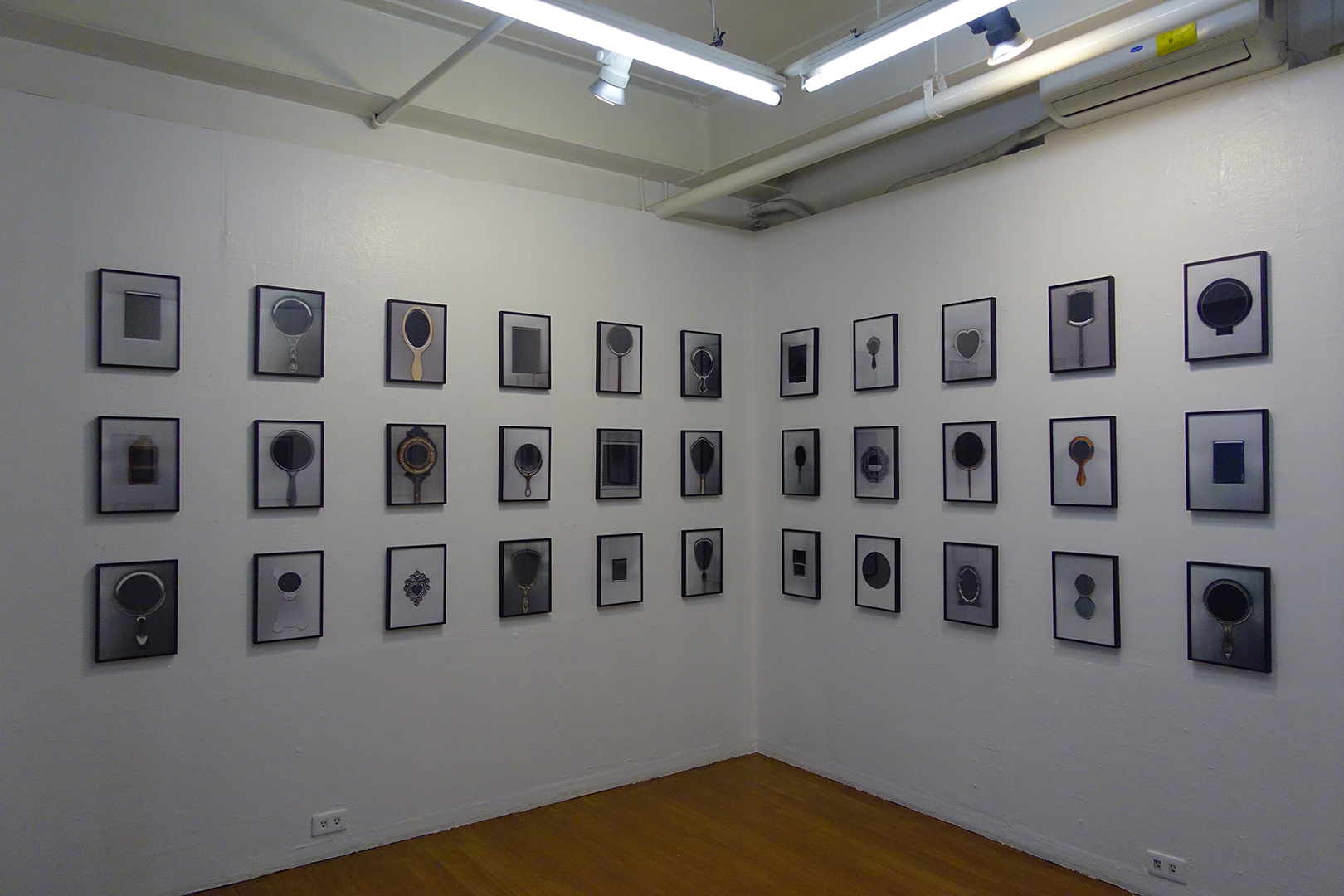