In Earth and Sky, Erwin Leaño continues to explore landscape as a subject in his paintings. “I still want to try other possibilities in terms of color and technique,” says Leaño, unrelenting in his quest to master his craft. The composition is still simple, he insists: A horizon line divides the picture plane to depict the earth and sky’s different moods, while weather and time are used as defining elements.

Leaño creates various moods through different visual approaches and subtle changes in color and tone. He recalls, “I start by having a general idea for a painting then I just let the painting develop as I work on it.” Working on several paintings at a time, he adjusts his approach and technique, depending on the subject and the mood that he wants to convey. “I want to play with the actual surface, and, at the same time, suggest perspective and depth.” He credits acrylic paint for helping him create the effects that he wanted to achieve, while learning to let similarities and differences coincide and allowing chance effects into the work.

“Light Shower,” for example, suggests a scene with a hazy view caused by rain, while “Amidst a Cloudy Sky” is a more recognizable depiction of a view with a hill in the foreground and an overcast sky.

Leaño admits he has a certain attachment with the landscape, and is happy to have discovered new materials and approaches in presenting his current ideas. It gives him the confidence to experiment some more in the future, as well as the experience to use the same techniques in other modes of expressing new points of view. 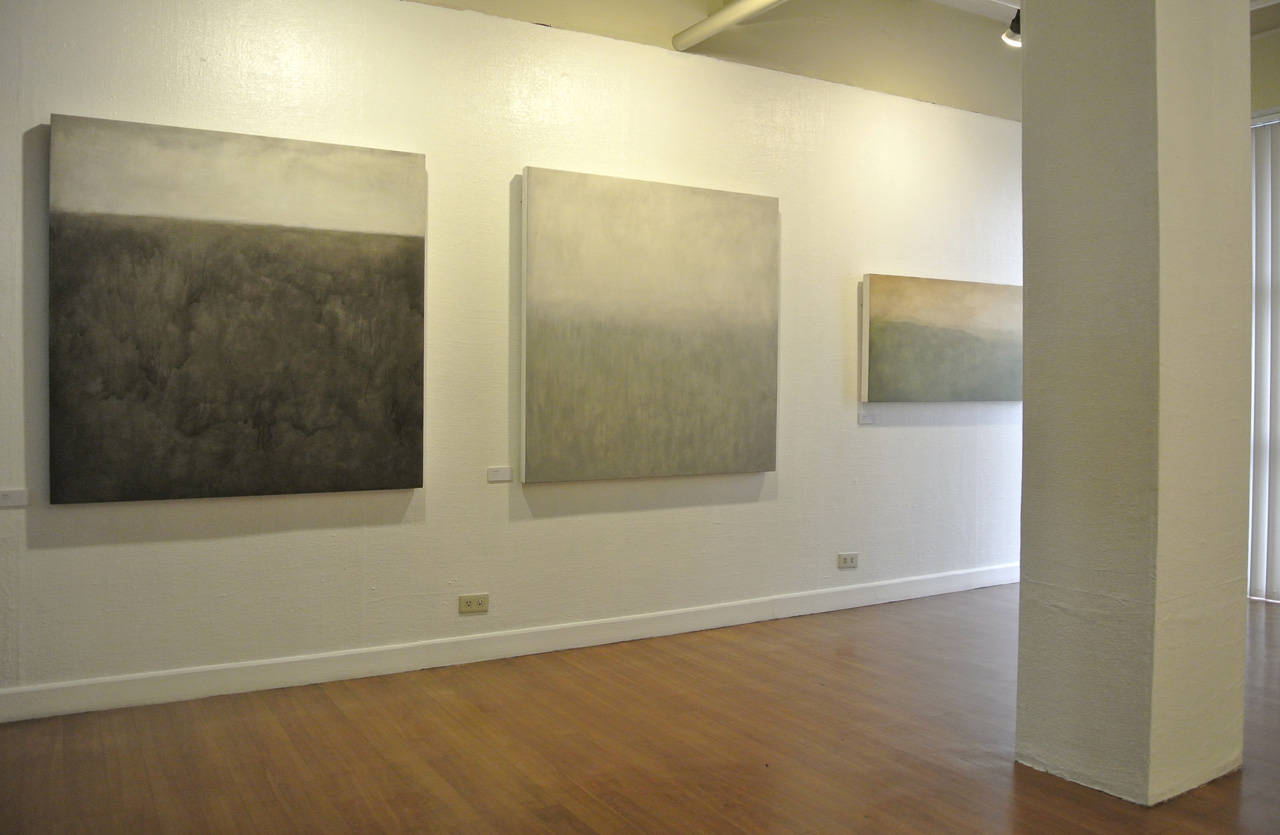 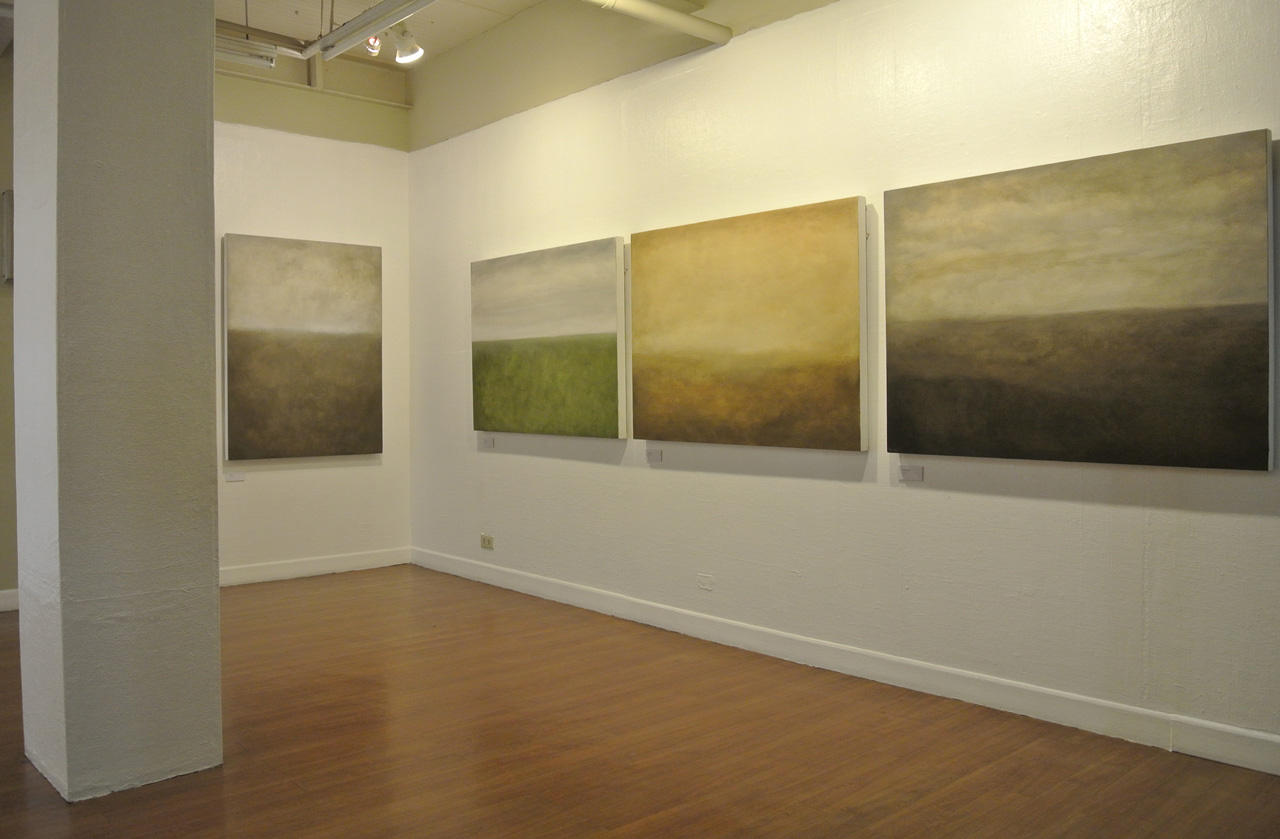 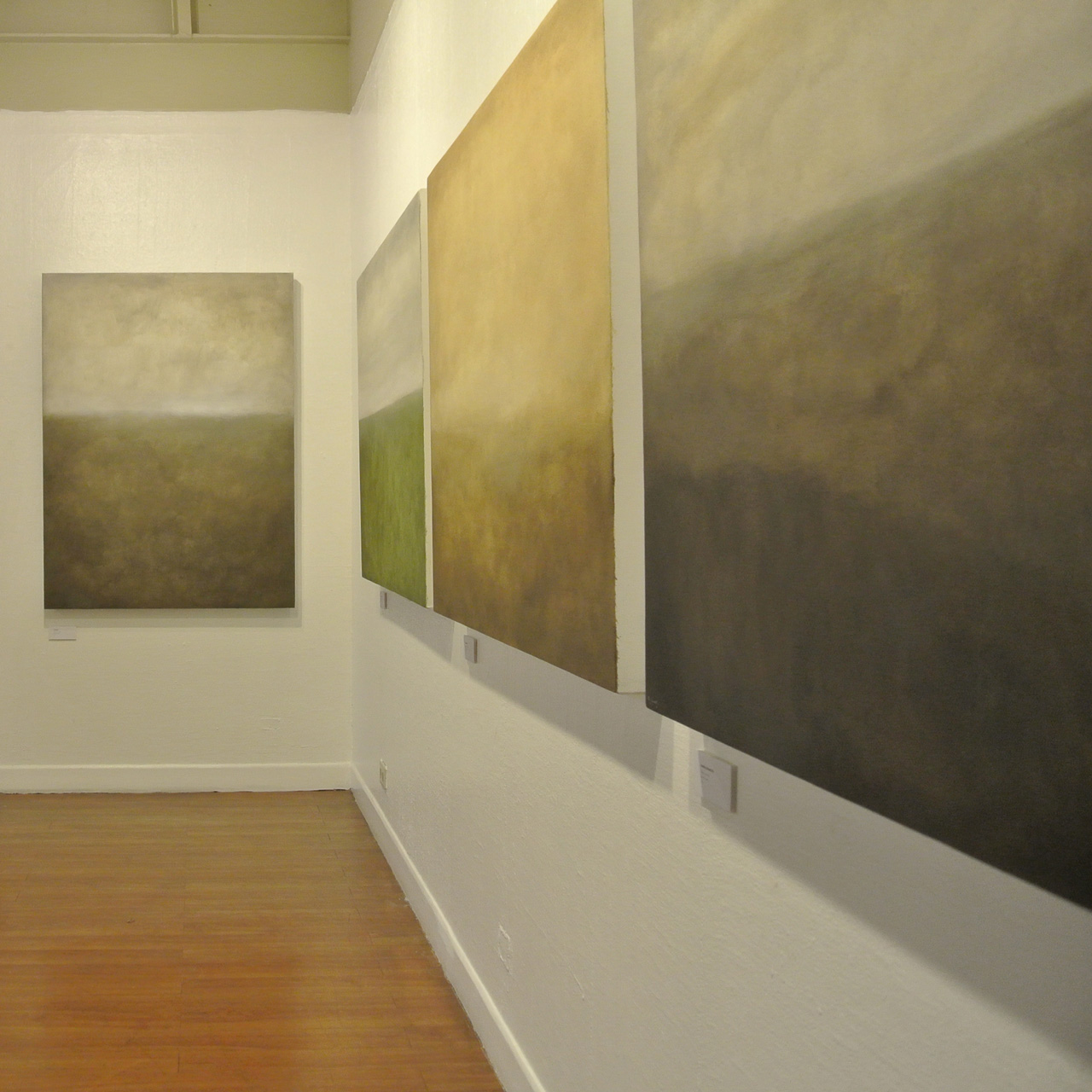 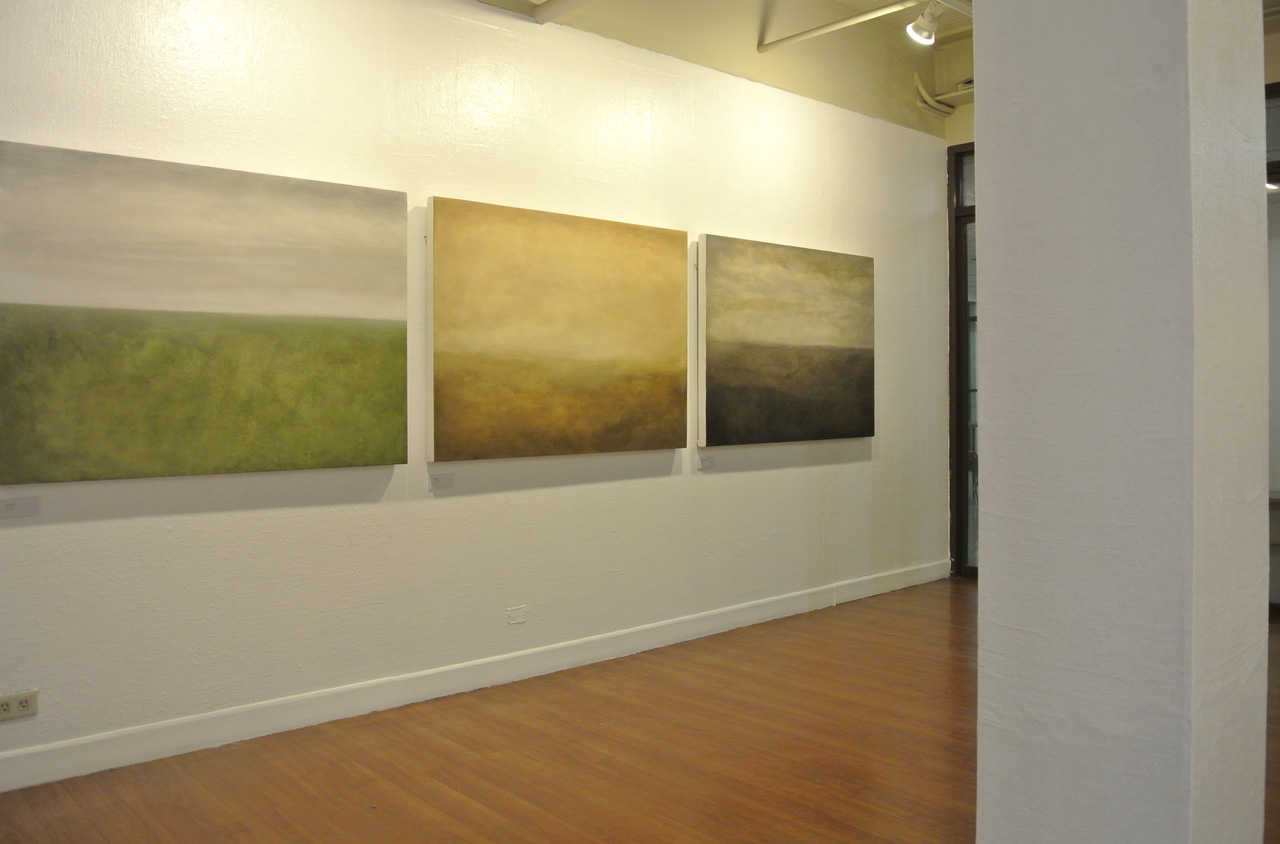 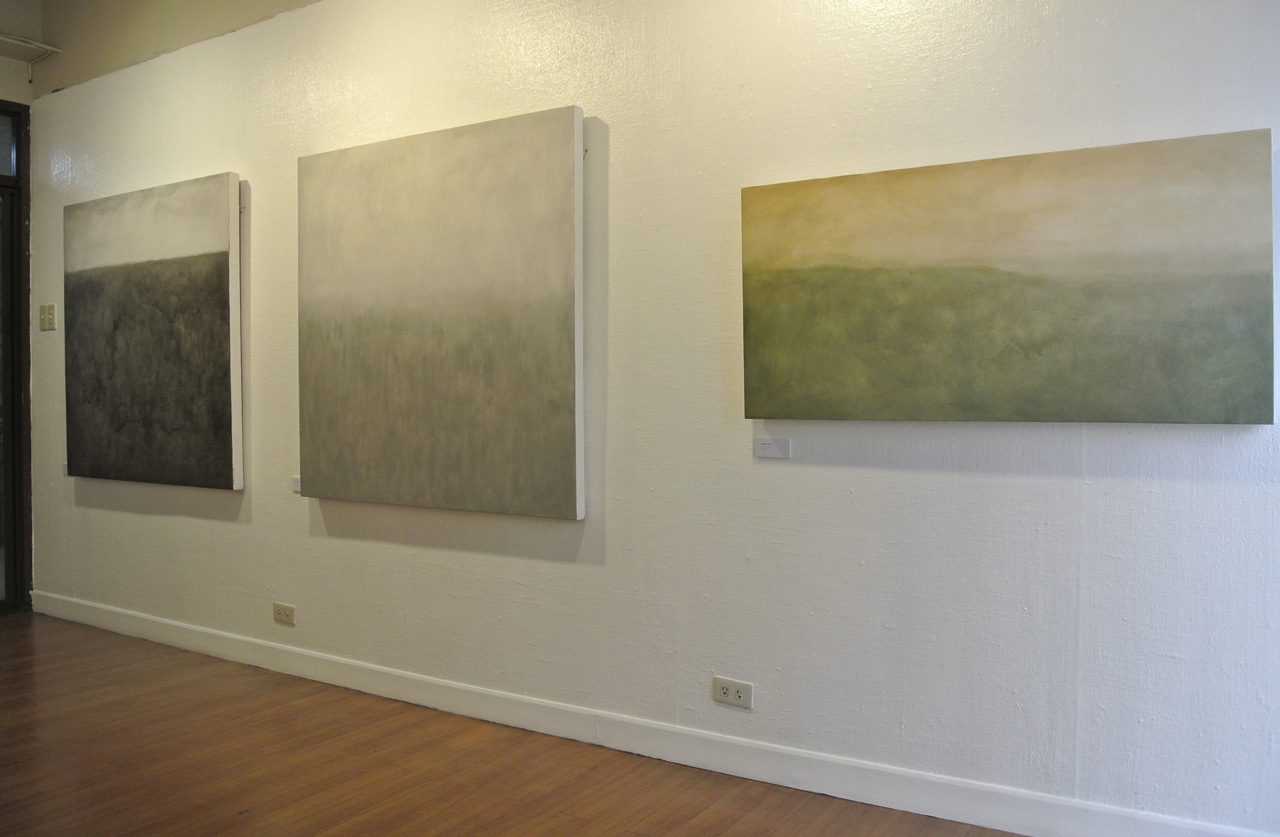