The typical house is meant to shelter its inhabitants, keeping them safe within a warm and cozy environment. However, this atmosphere may also turn cold and hostile. Closeness can become a suffocating intrusion, resulting in one’s difficulty to carve a space for their own- and over time boundaries are slowly built to shelter one’s own sentiments, blocking those that threaten their safety. What was once familiar warps entirely into a confined space that one has to endure.

In a time that has also magnified our inner lives, it’s becoming harder to negotiate what’s truly ours in favor of the benefit for the whole. Rising tensions become unavoidable as our choices start thinning and the pursuit of keeping one’s peace can only exist in the back of our minds. In her third solo exhibition, Harn responds to this lack of agency by manifesting a space between reality and make-believe- where the concealed is pushed to the forefront by revealing a house devoid of its façade.

The artist’s body of work illustrates the distortion of the home. A dollhouse reveals personal sentiments through intimate spaces. Swirling lines are intricately carved within, giving a visually claustrophobic atmosphere while a central wall, acting as the main pillar of the whole structure is lined with water droplets, reminiscent of a leak. What seems like an outwardly stable house is revealed to be one that threatens to implode on itself.  The inexorable need for intervention escalates through a series of sequential prints, where remnants of sentimentality expressed through pastel tints become mundane in their recurrence. Small acts of consolation manifest most clearly through a quiet yet palpable act of detachment: the gradual tearing of the home into separate rooms.

What comfort can we find in these spaces? Is this still a place of rest? When every object, nook, and cranny is coloured by experiences we can’t control, what else do we have left that’s ours? We question our purpose and if belonging would still serve any sway. Sometimes, the inconsolable truth is that we can only tear ourselves away. 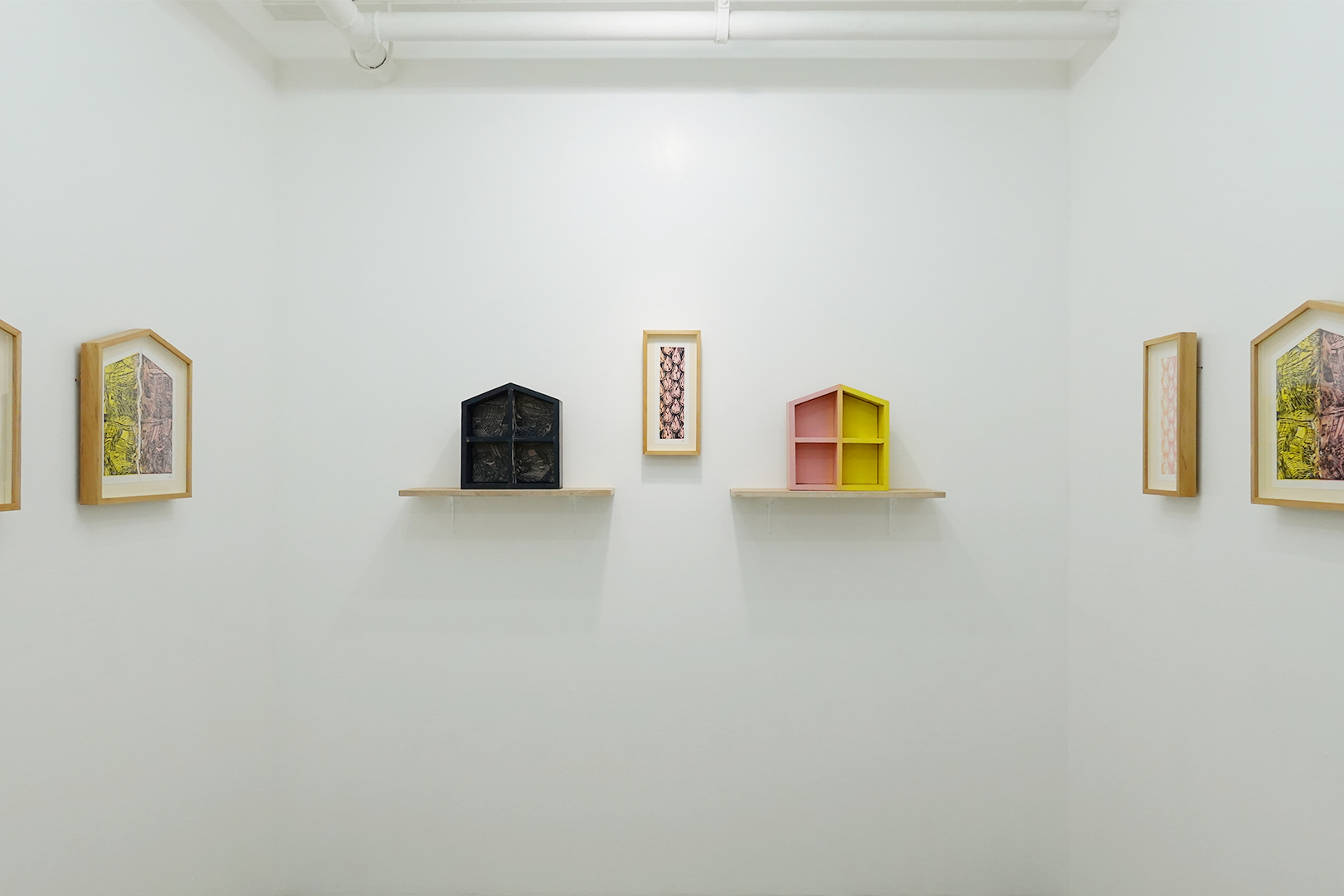 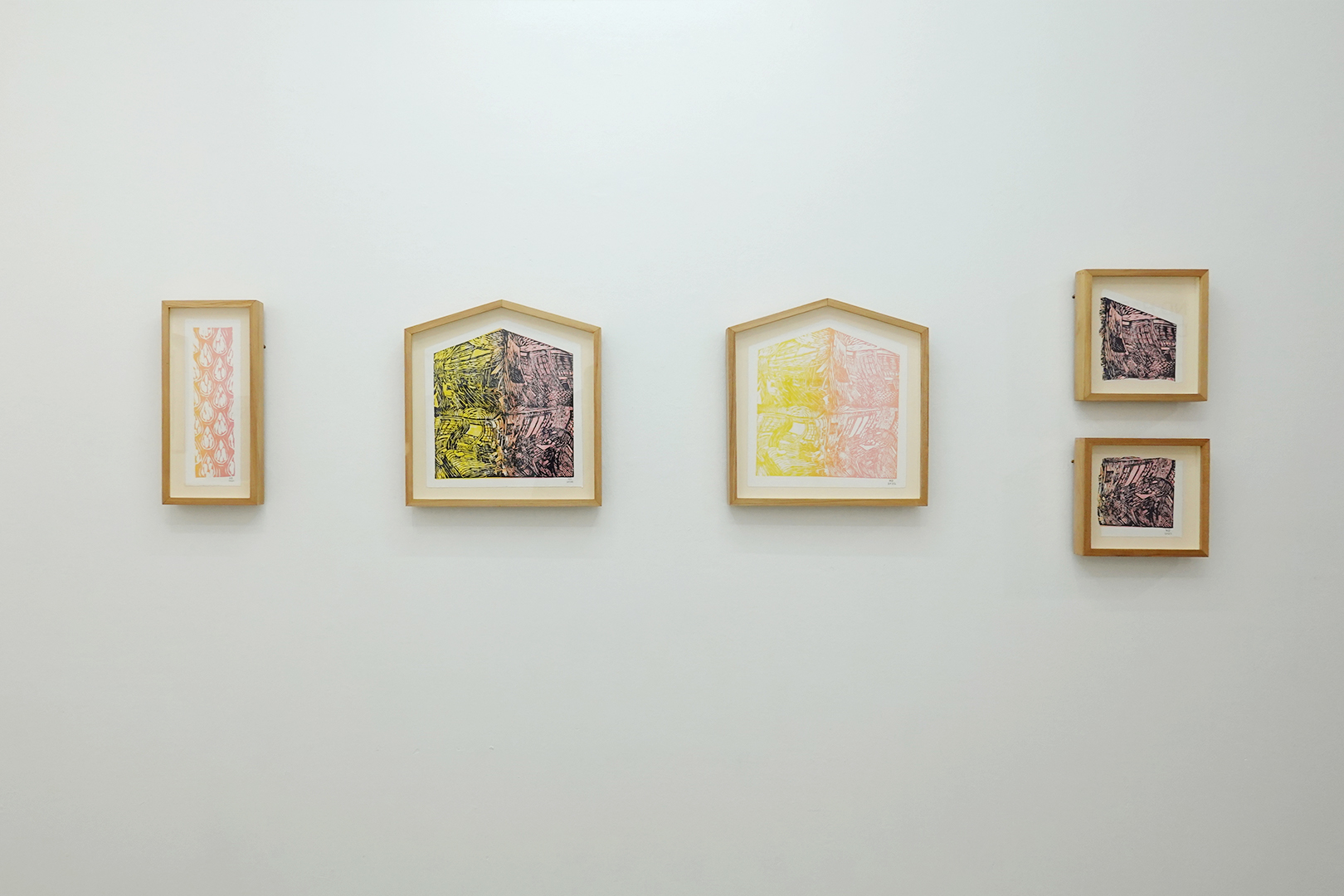 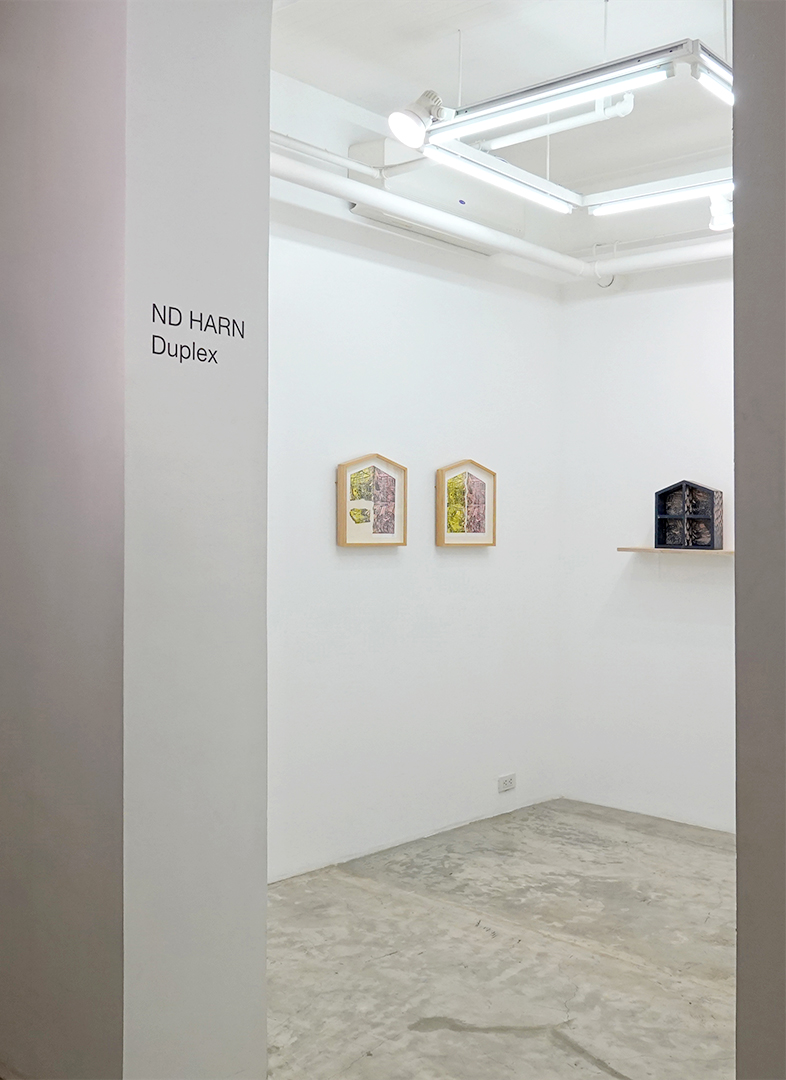 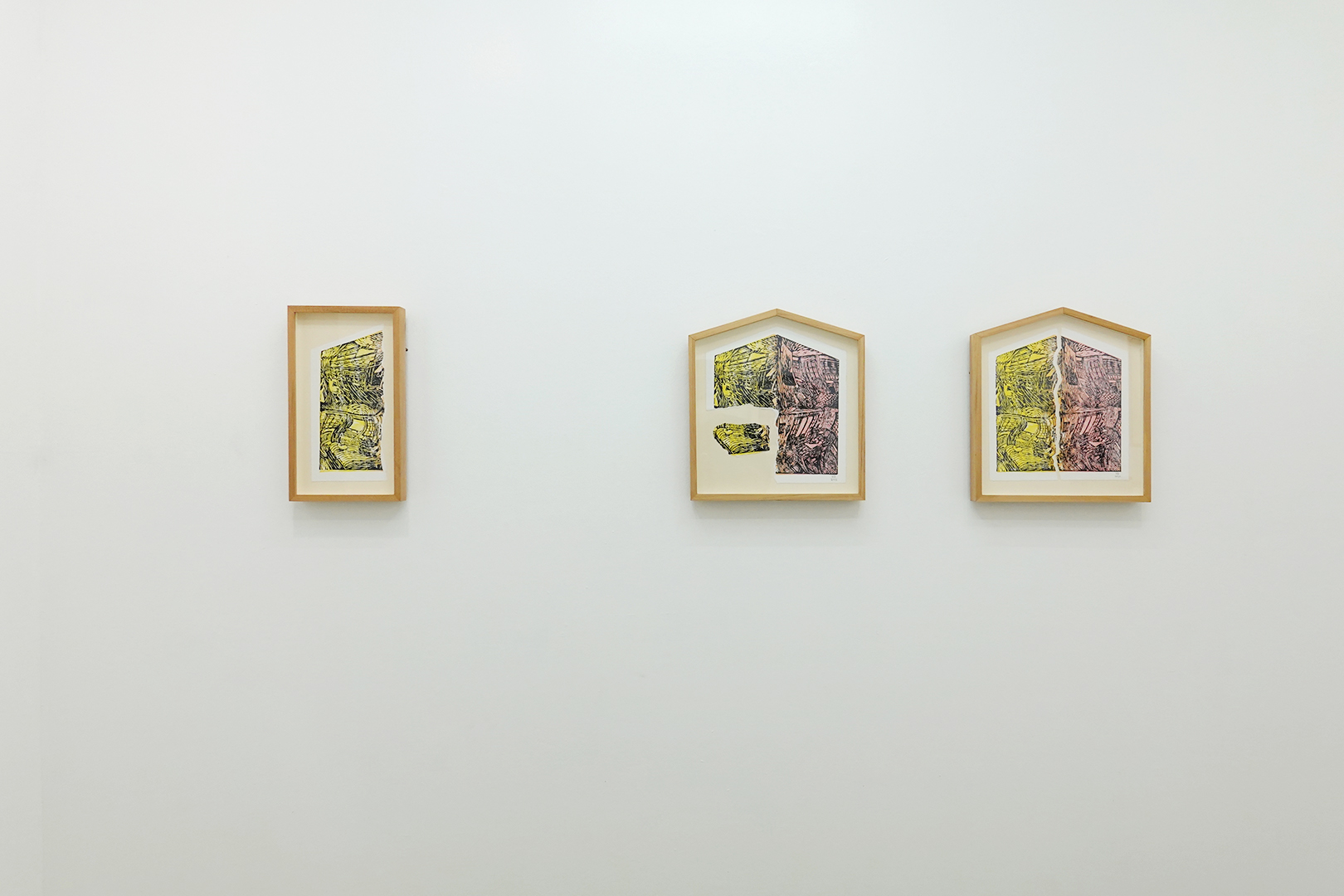 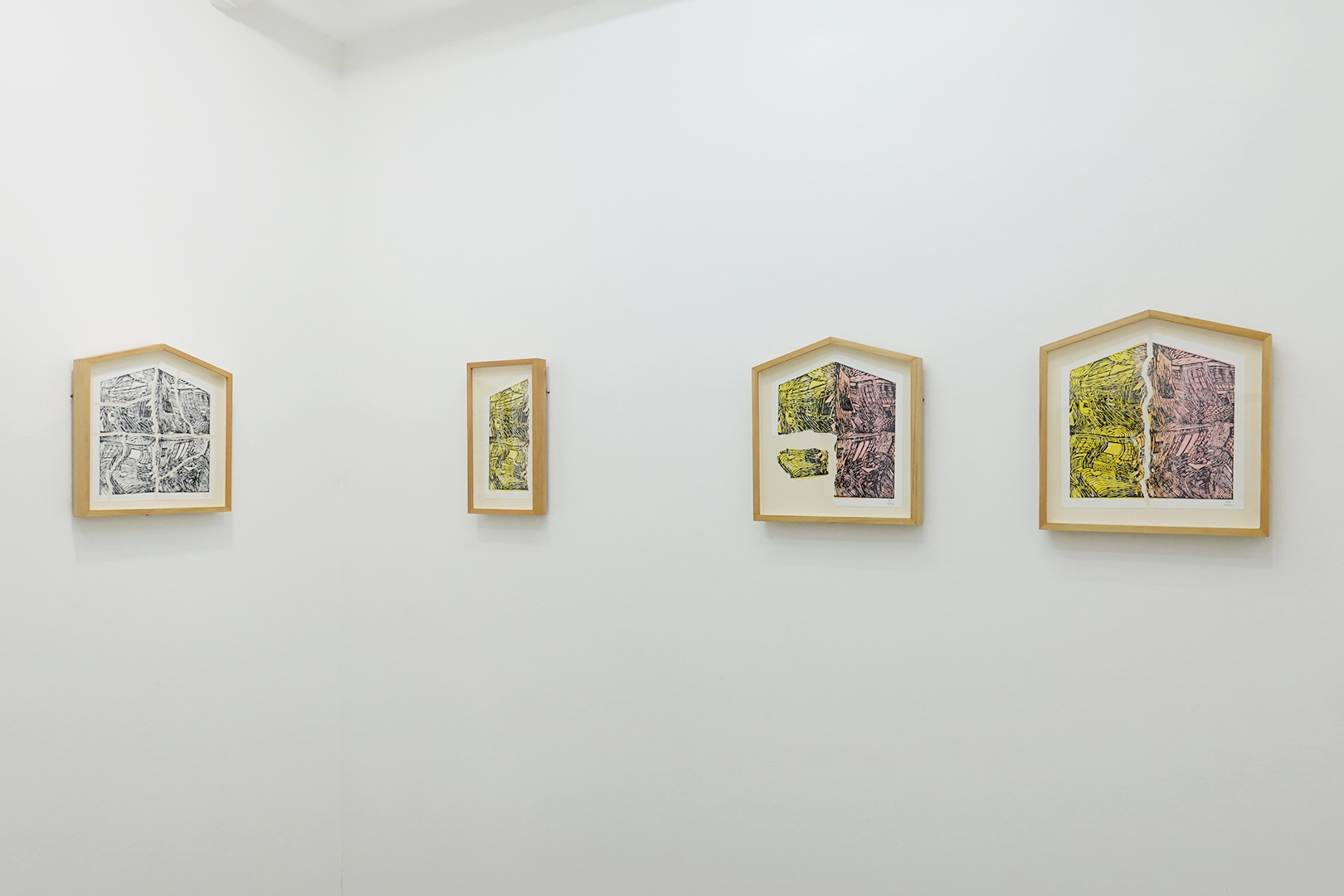