Door to Door presents a temporal shift, presenting an immediate jump in time, in fragments and in unlinked specifics — the way that memory often works. For this show, Elaine Navas has resurrected a series of gate paintings, a collection of gates from their neighborhood in Roxas District, Quezon City, made 20 years ago, before her family uprooted and moved to their current home in Singapore. The series was curated by the late Roberto Chabet — a mentor and friend to Navas and many others — and Nilo Ilarde, who again takes on the task decades later.

The pieces work in harmony, and are almost like abstractions of what they are meant to represent. A big black expanse of space looks ominous, a void that one can get lost in, but is painted after the water fountain at Paco Park, where Navas and her husband, Rene, got married. There are smaller pieces, rendered in monochromatic greys are fragments and isolations of details of a now distant domestic life: a drain that never fails to get clogged during floods, the downspout of their apartment, the post that runs through their garage gate.

Navas’ new addition, as part of the exhibit, is an imposing diptych, halved across a horizon, based on a photograph by Sam Kiyoumarsi. It marks a difference in style and direction, a quite apparent shift from Navas’ early work, visual evidence of the jump in time. The objects move into view, clearly, and the world now — twenty years later — seems vibrant, as though it were a moving image rather than a fixed point. There is a shift in the gaze, too, a redirection to look up at the sky, to expand what we see beyond what lies in front of us. 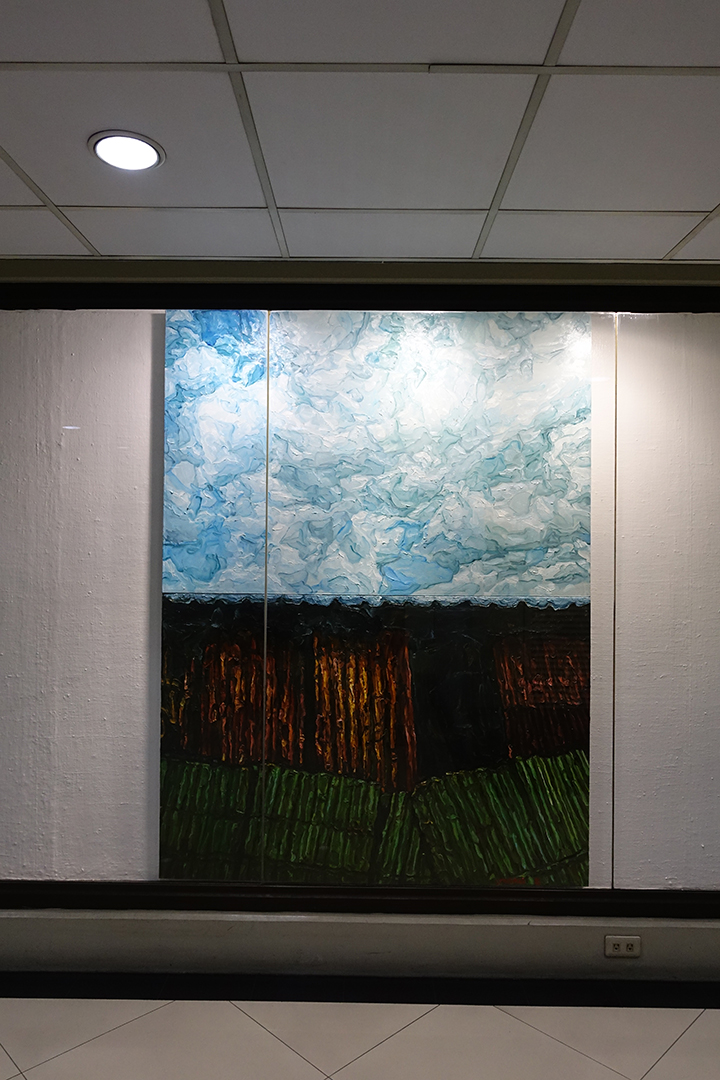 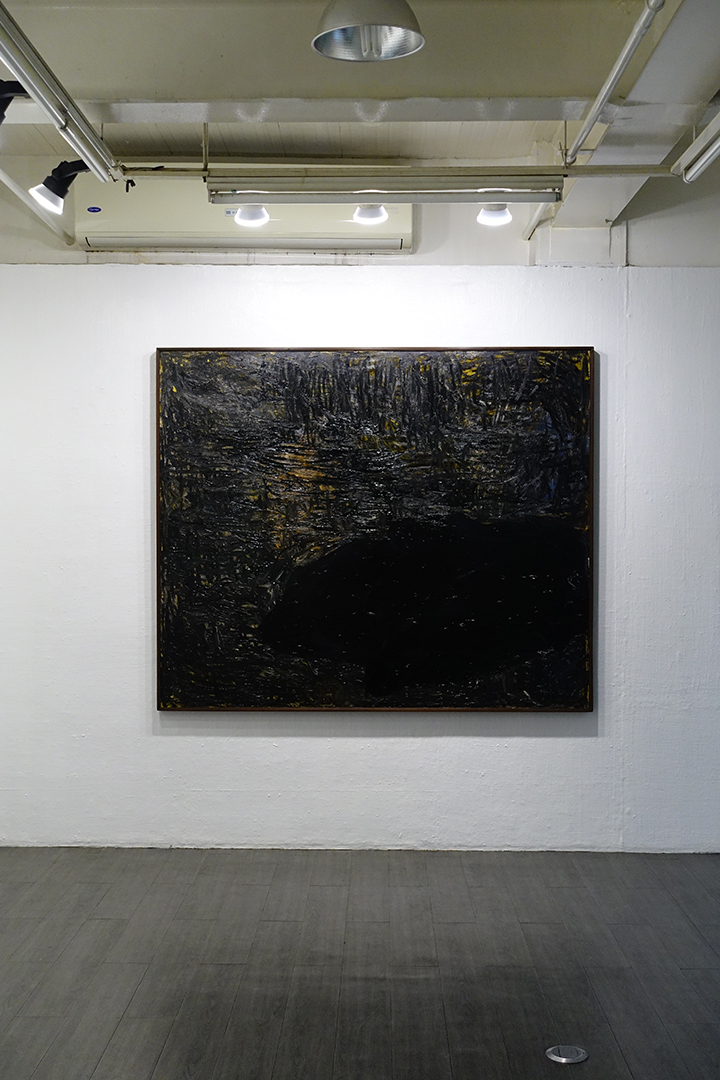 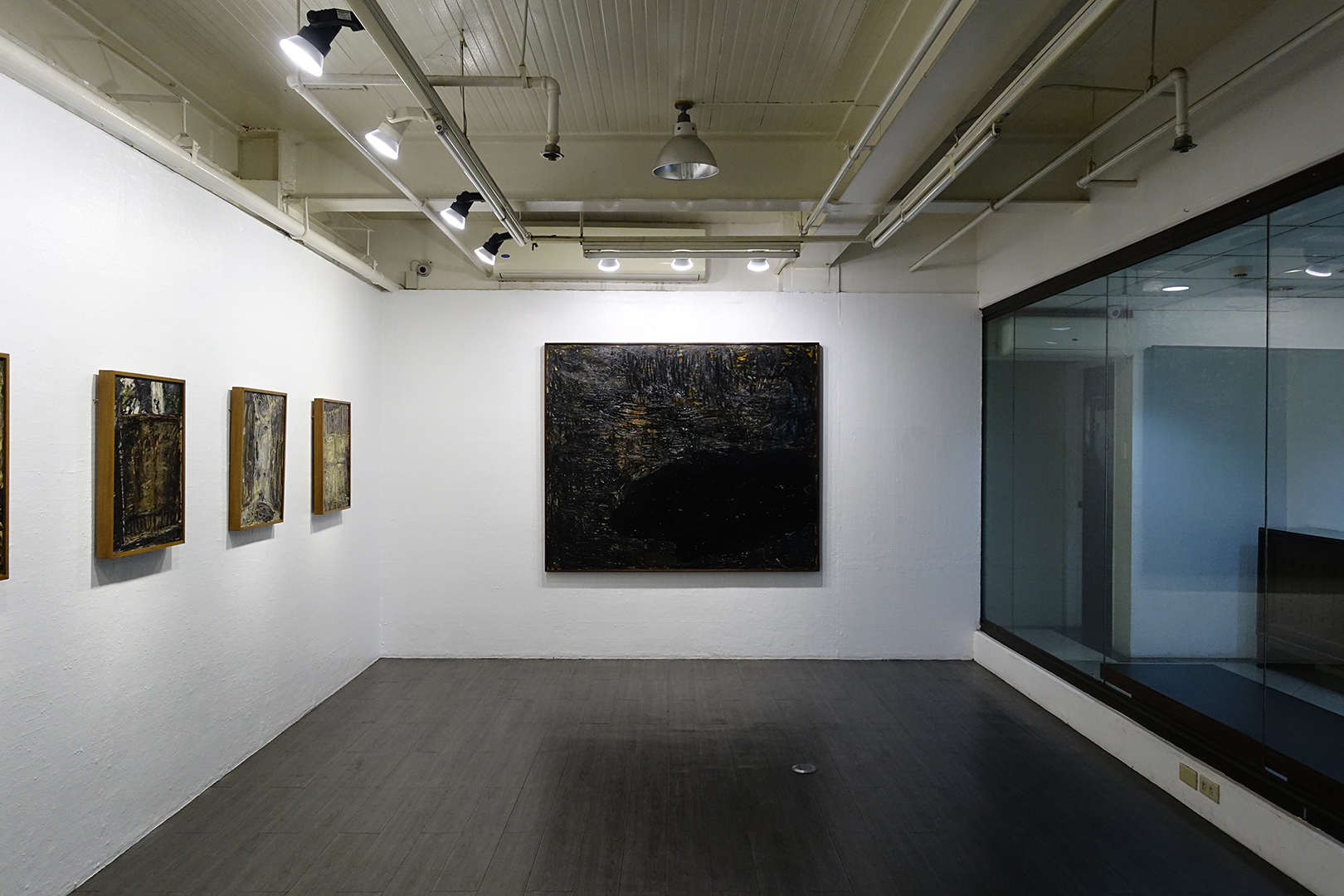 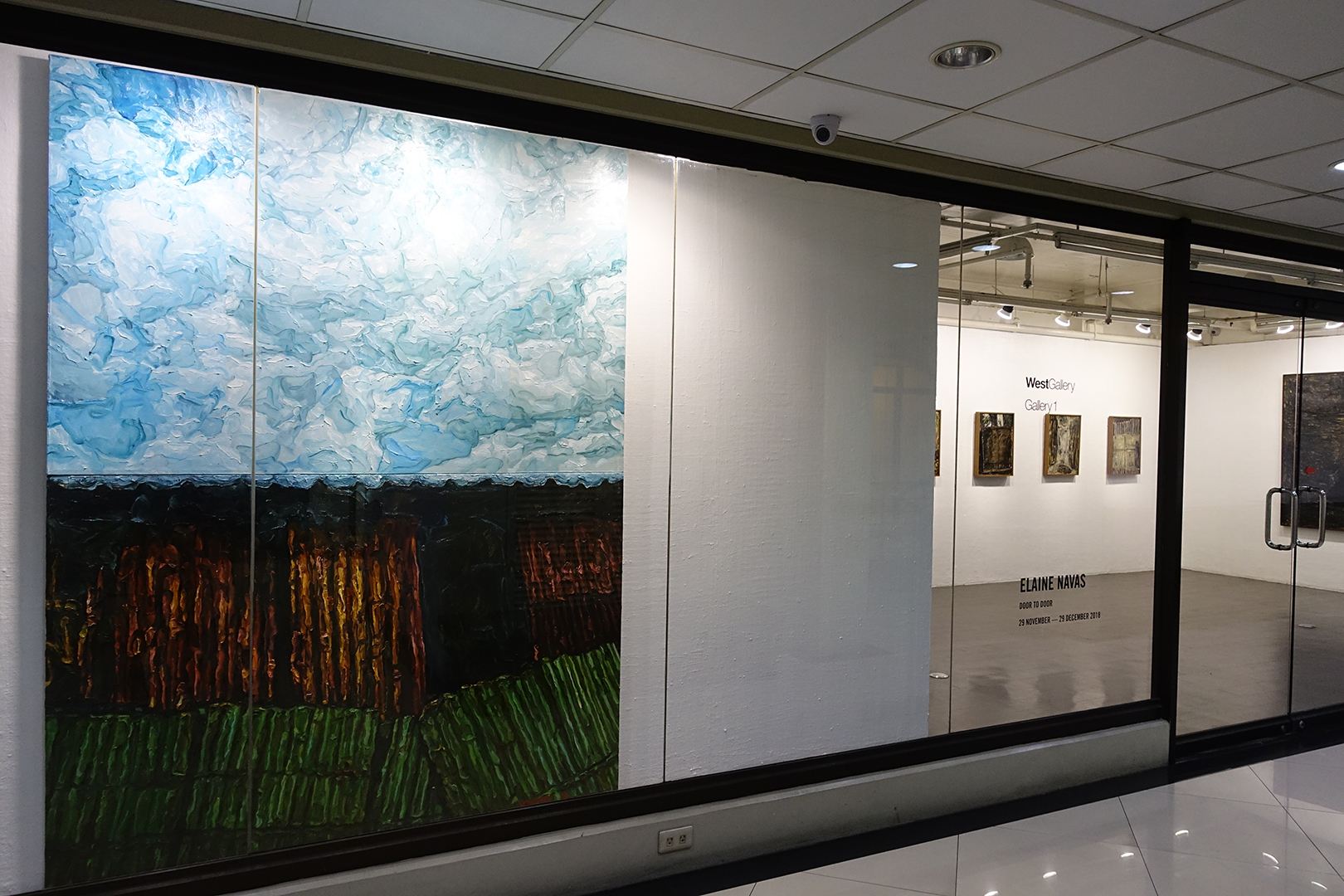 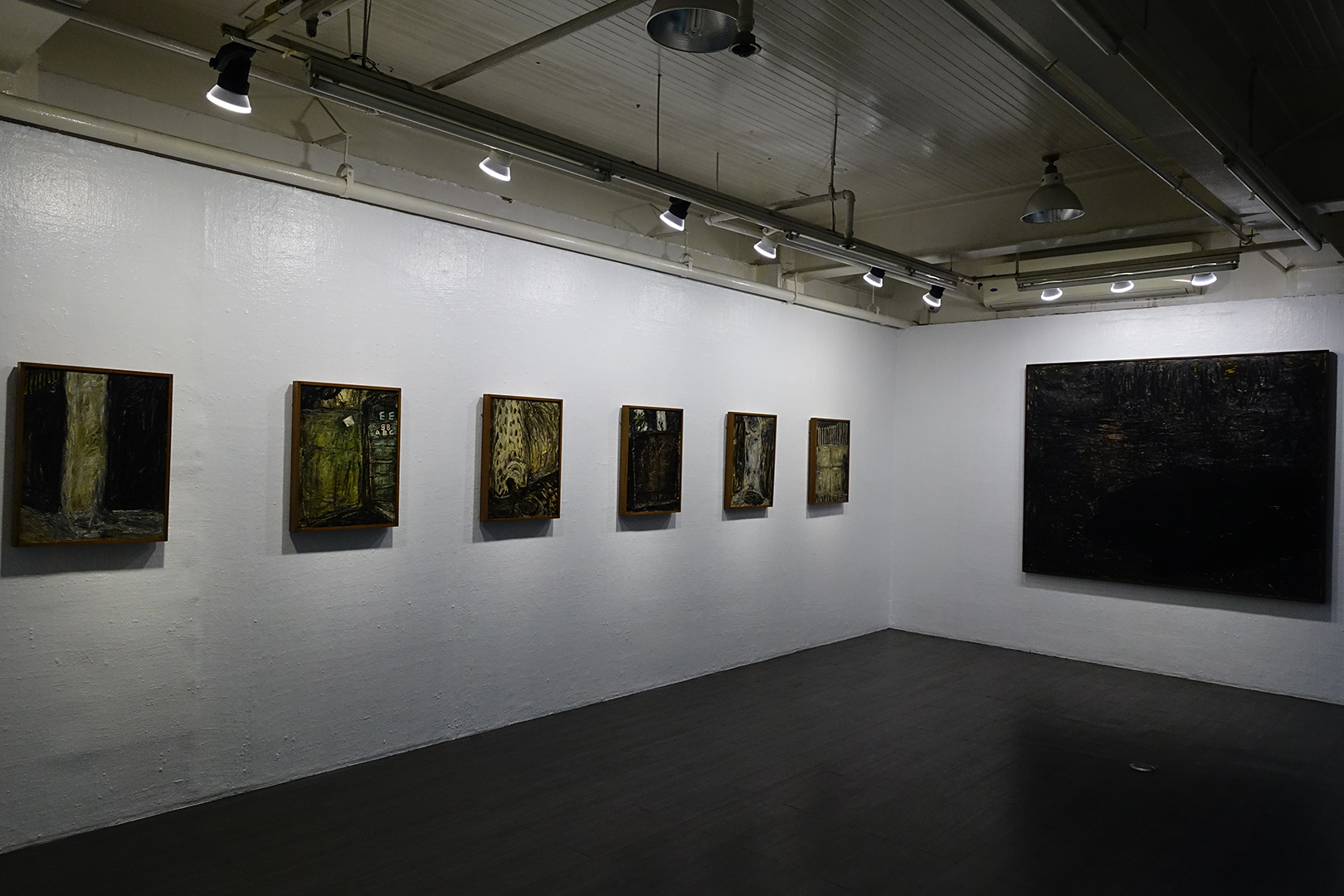