Narratives are intrinsic in my work and exploring animation has made me re-examine my own process of image making thru painting.

This suite of paintings is based from Block, a short animation video I have shown in December of 2013. In Block, the protagonist reconfigures a spherical object into a cube. It is loosely based on a number of things: Sisyphus’ punishment of endlessly rolling up a boulder up a mountain, the pinball machine and a visual diagram of how to stack boxes from a truck delivery into a storage facility.

More than the obvious similarity of the round objects (boulder, pinball) it is the constant movement of the object that seems to be going nowhere that I am interested in. Sisyphus pushes a boulder up a mountain only to have it roll back down again. The pinball zipping and being tossed around by the flipper away from the drain is a game that only begins again shortly after it ends.

This back and forth movement is my own experience of being in two places the past few years. Splitting my time between Brooklyn where I live and Manila where I work has made me re-evaluate the idea of a “home”. More than the physical space, I wanted to zero in on the idea of the mental state of being home. This reconfiguration of a spherical object (always moving, the body) into a cube (the mental state) is a metaphor for a home within a moving structure.

In the video, images are revealed thru a story line. The paintings, on the other hand, are made to function differently. Elements from the narrative are placed alongside each other in the paintings, giving the viewer a sense of the space the animation unfolds in and the relationships the narrative builds. Full sequences fan out to become cartographical representations of the animation. This unpacking of images on the painting’s surface creates yet another site for the narrative to retell itself. 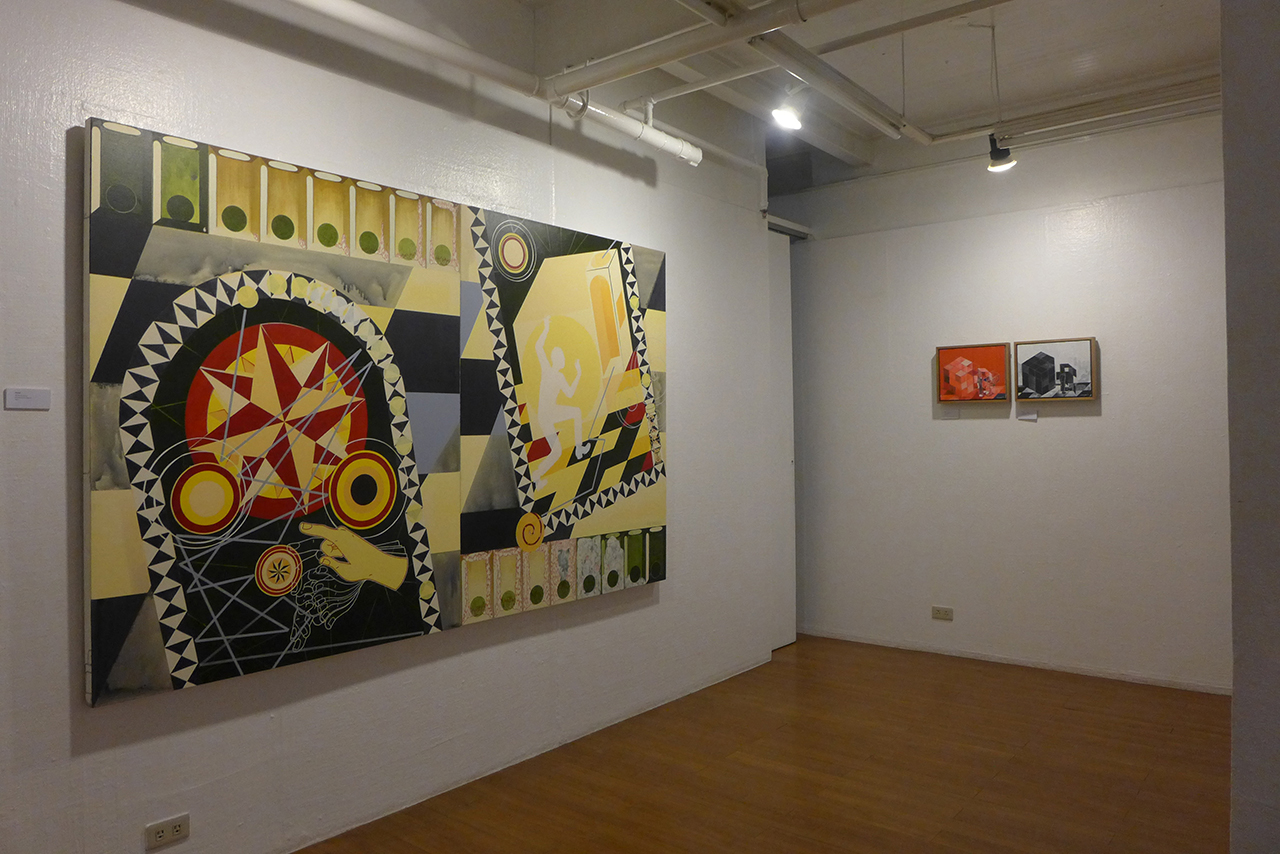 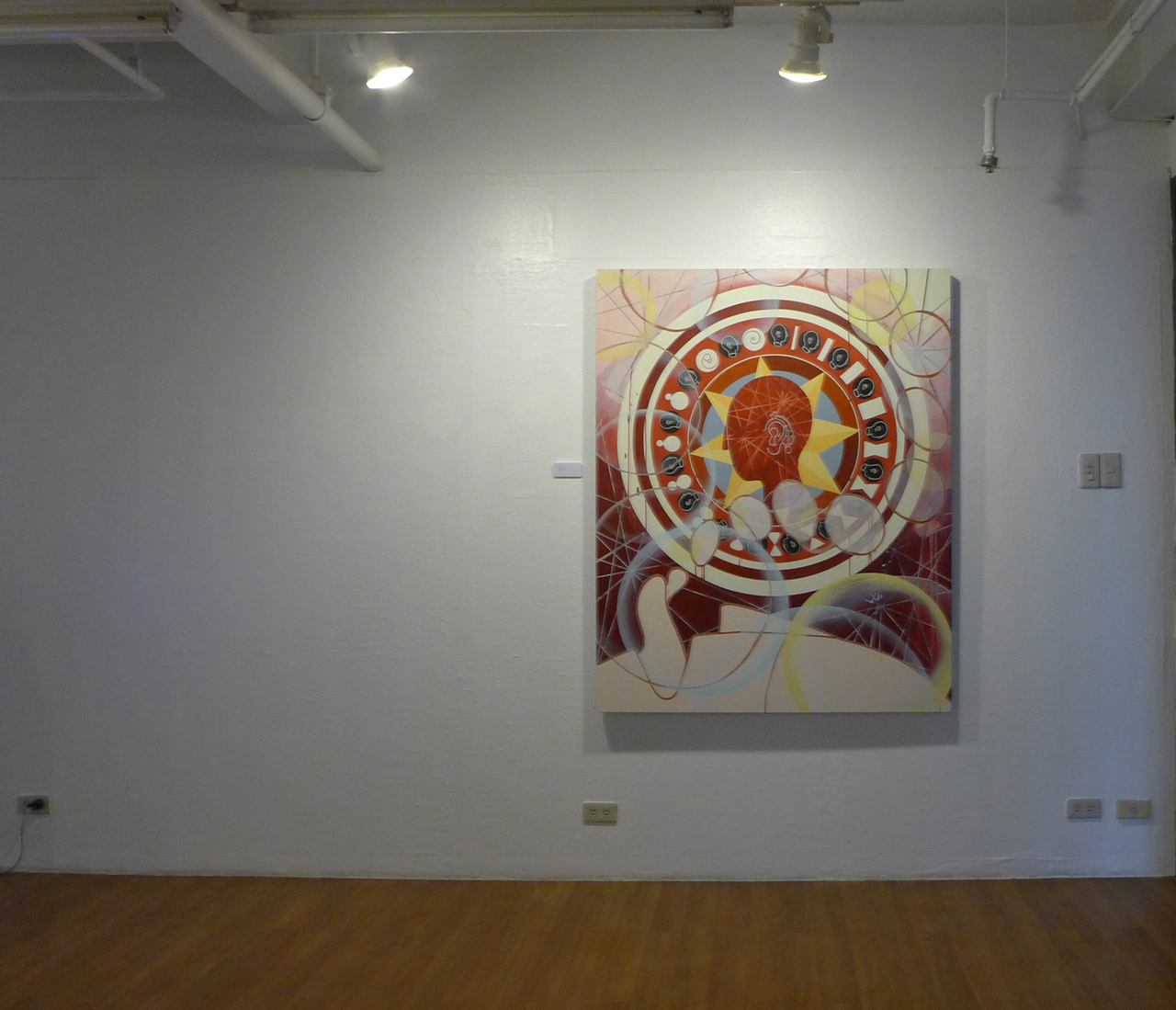 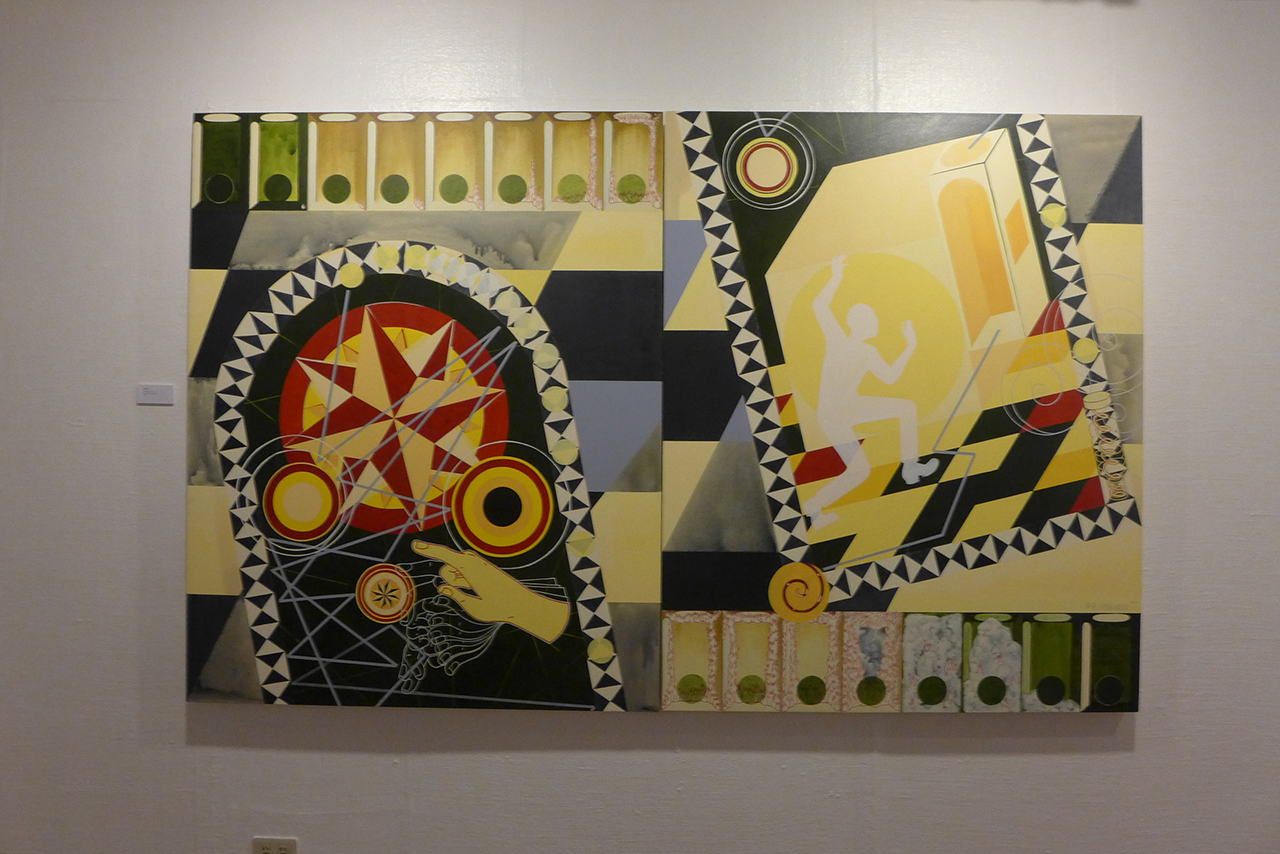 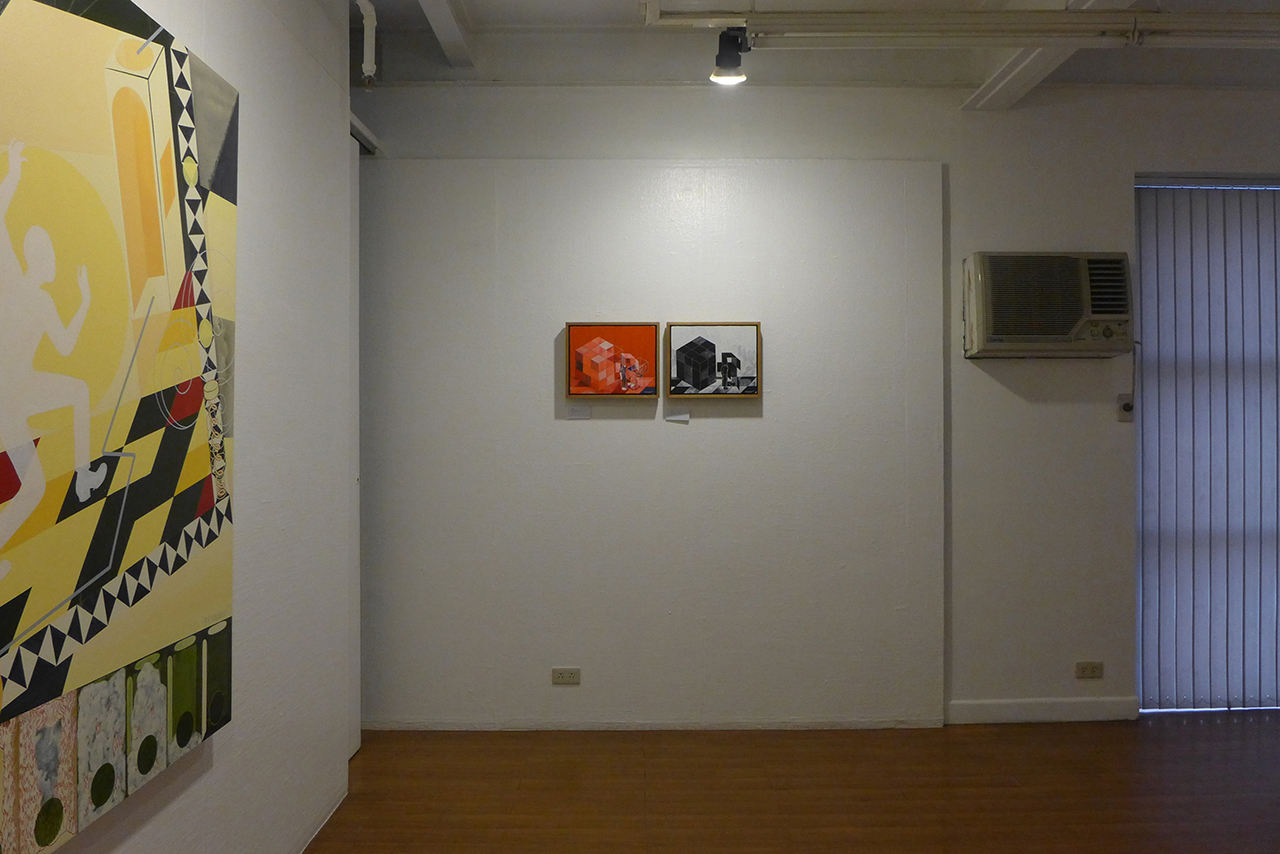 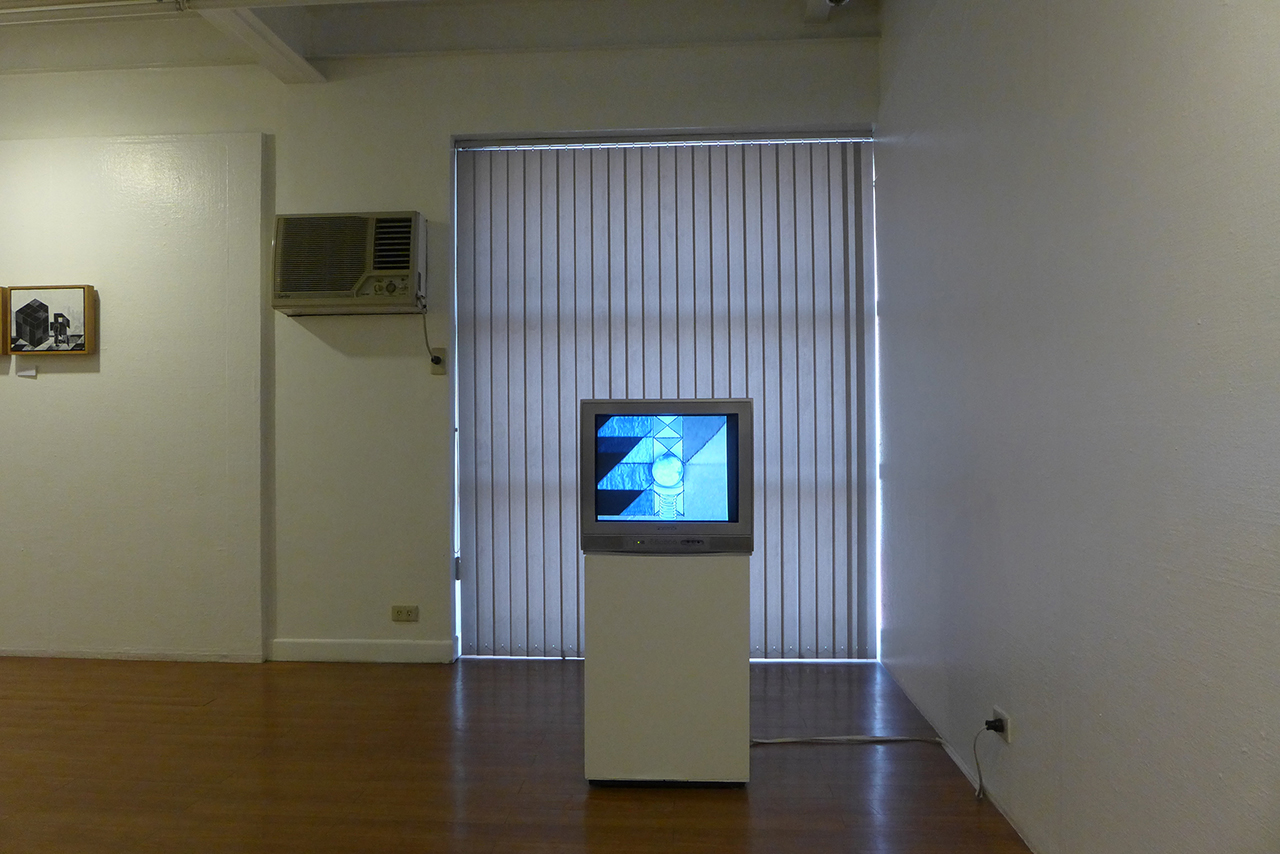