The past is knowledge

The present our mistake

And the future we always leave too late

In those who promote the confusion for this ever changing mood.

My Ever Changing Moods

One day everything will be gone at one fell swoop–we will no longer be here.

This factual eventuality has provoked artist Arturo Sanchez Jr. in Unearthed to further investigate our own near extinction by experiencing the various possibilities of materiality in art.

It was his cutouts etched in layered shifting narratives on mirrors that first gained attention for Sanchez; how he carefully composed by transferring each image to suit his desired effect on what it intently reflects to the viewer.

Again as objects of contemplation, Sanchez continues his collage of cutouts from various printing sources with the assumption of man’s inexistence on earth. Layered with resin, he compliments these images with ghoulish and macabre hues evoking an eerie mood reminiscent of the apocalypse being implied on us.

Excavation Site was initially inspired from Steve Cutts’Man, a four-minute video on how man came to destroy his surroundings including himself. Sanchez always had the forced habit of collecting clutter and debris around him–how he likes things that slowly deteriorate or observe them as they physically disintegrate. With his collection accumulating, he thought of creating that ultimate “end of the world” scenario. Meticulously done like a fine draftsman that he is, Excavation Site is collage in three parts covered in clear-cast resin. Emanating a beautiful tragedy where everything will just be covered in debris. With grayish strokes resembling an impending melancholy in our midst, Sanchez reveals all of man’s folly and his greediness will be his own culprit and eventual downfall. With this exposition in ruins, all his secrets will self-destruct in the dustbin of history.

With depopulating the earth and a breakdown of urban systems emerged New Found Specimen 1-4. Using huge quantity of images from several references making each perspective an emerging narrative, Sanchez’s imagination is limitless: ranging from flowers blooming from a clot of blood; a tree trunk morphs into another fabled being; a torso becomes a shelter inhabited by earthy creatures. Connoting an aesthetic honed from our diverse experiences of the everyday, he pours in resin into customized frames resulting in a realist play in abstraction. Sanchez would like to consider continuing this into other series in his next forays.

Enduring Decay is an artistic drama unfolding a sculpture of a boy and girl morphed into a surreal tight embrace on a mound full of animal bones and carcasses. A romantic interlude amidst this infatuated setting exuding a beauty in impermanence. A lone mythical bird reminding us all that love is fleeting with only the memory of one another remains. Notice how Sanchez brutally finishes off his pieces with black splats even deepening his evocation of the affection between these tragic lovers.

More like science projects Future Past shifts the focus to more ethereal and mundane subjects in everyday objects. Imitating the natural process of amber in archeological diggings this series provides a glimpse of how artists like Sanchez can be as ordinary beings live and how their lives evolved.

Sanchez attempts to achieve the pale yellow orange effect of amber as his resin fossilizes whatever brought to its attention. Attracted to the intricacies of the method he makes up for what his pieces represent. For Sanchez it could be a simple shell or as complex as exploding egg shells; they could also be the tools of his artistic trade as an overused paint brush, rubber roller, cutting tool or his daughter’s favorite shoe. They are all extensions of his being expanding notions of time, space, process, or participation how materials obstruct, disrupt and interfere both with his being a struggling artist and a devoted father.

The given simplicity of materials is complicated with the adverse complexity of his process. Sanchez considers many factors to its mortality such as the thickness of his layers, the volume in pouring his resin which is controlled by its varying temperature. Depending upon how the material behaves with resin is another difficulty. Before the resin dries up he must paint over his pieces to achieve the amber haze finish. Finally Sanchez polishes to smoothen to be lighted on a customized pedestal.

Coming from a well-appointed position, Sanchez has revived that bygone debate on what and how conceptual art is. For viewers these pieces could be easier seen than done yet it is that element of surprise that grabs them which shows the wit and candor of Sanchez. How each visual and physical memory by the random selection of material evokes like a time capsule is effective in its own context.

Inspired by the natural desire for the uncharted lies the artistic prowess of Sanchez in capturing what we have been missing out and looking forward to. While he makes us conscious of the things we do not see, he transports us to our current actuations and opportunities. With his experiments, we need to step back and marvel at his art’s exuberance for he has captured our evolving mortal transience. In an appropriated time our short lives can be told through Facebook, Instagram, You Tube, but only in Sanchez’s boxes of curiosity and wonder can life be resurrected and celebrated. 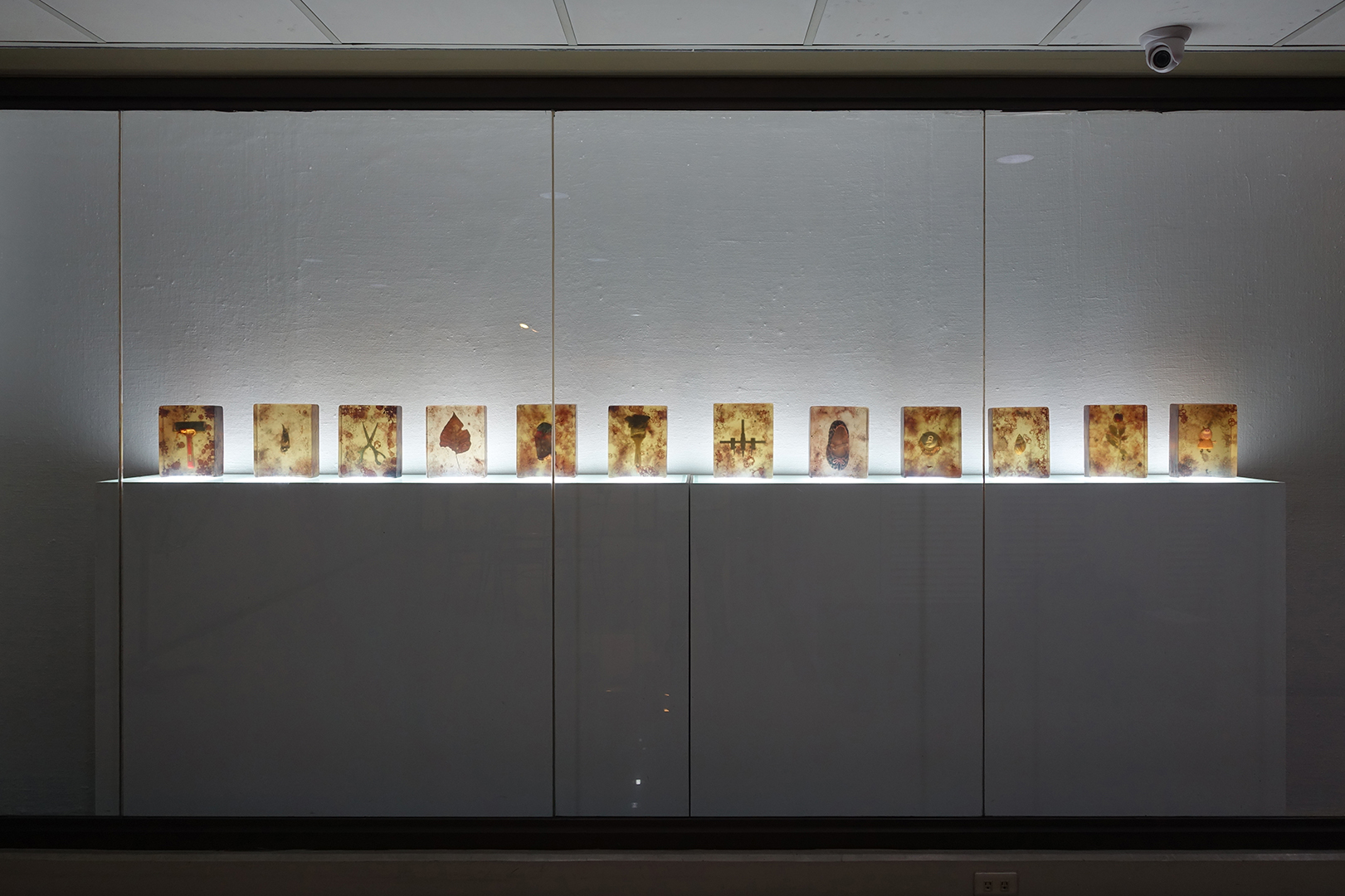 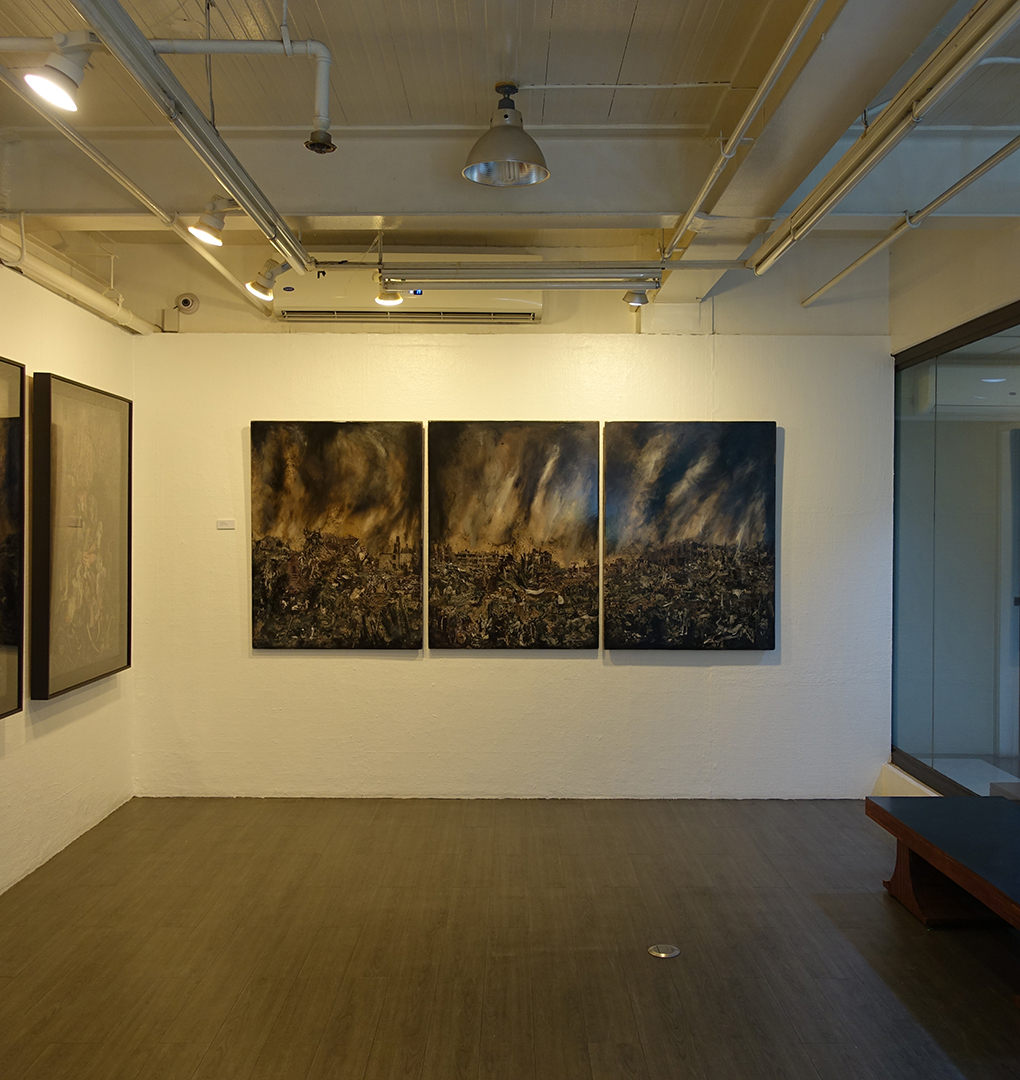 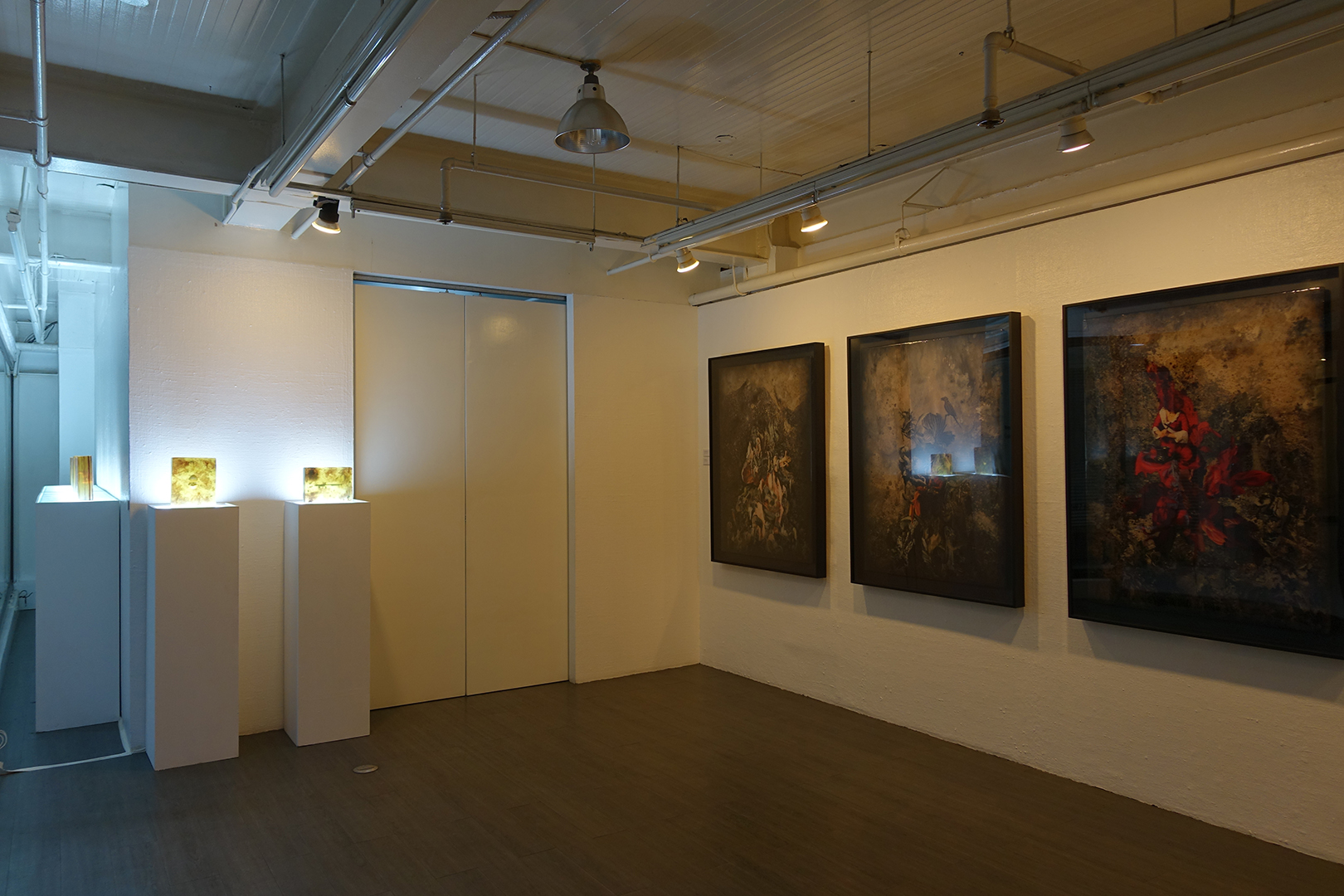 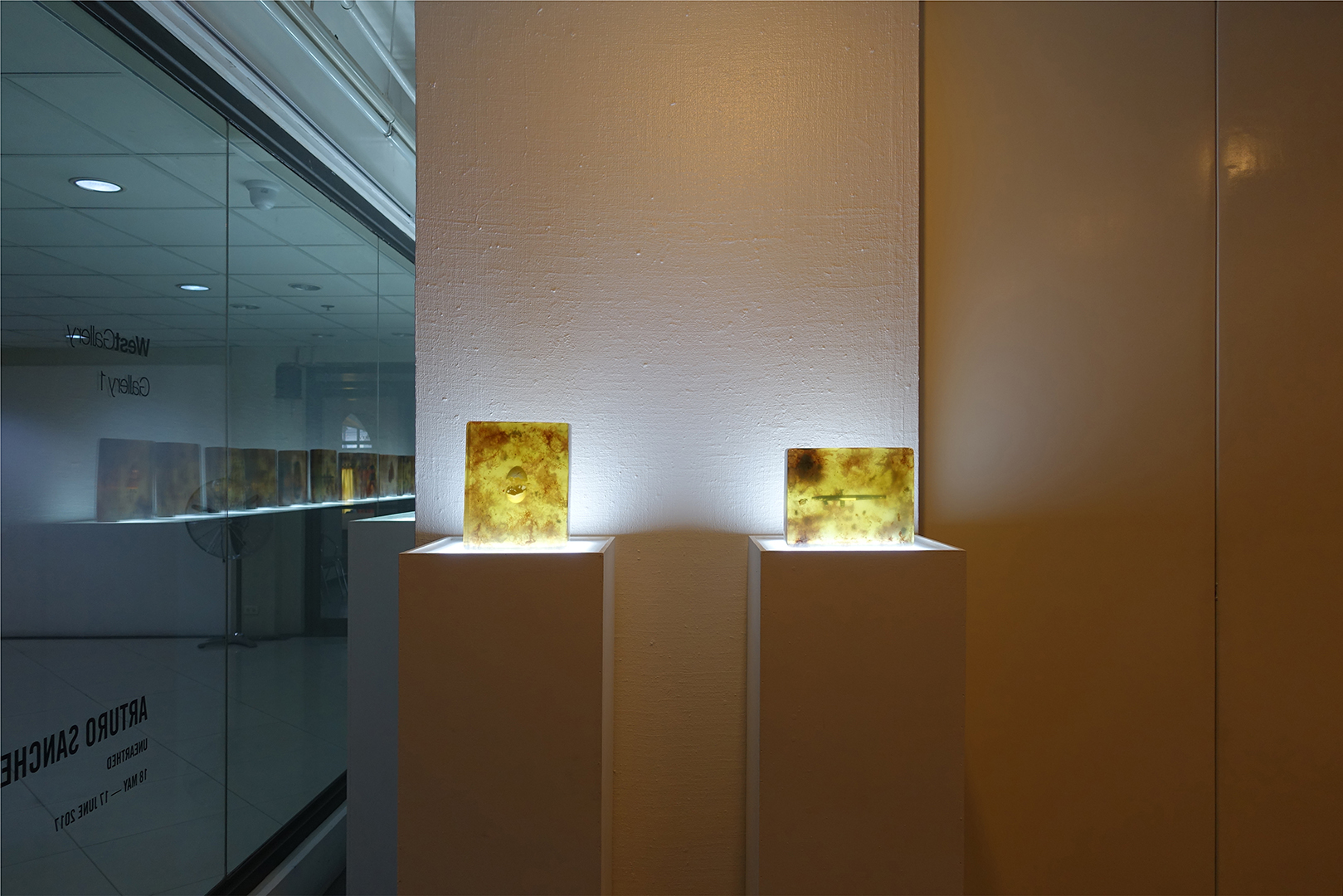 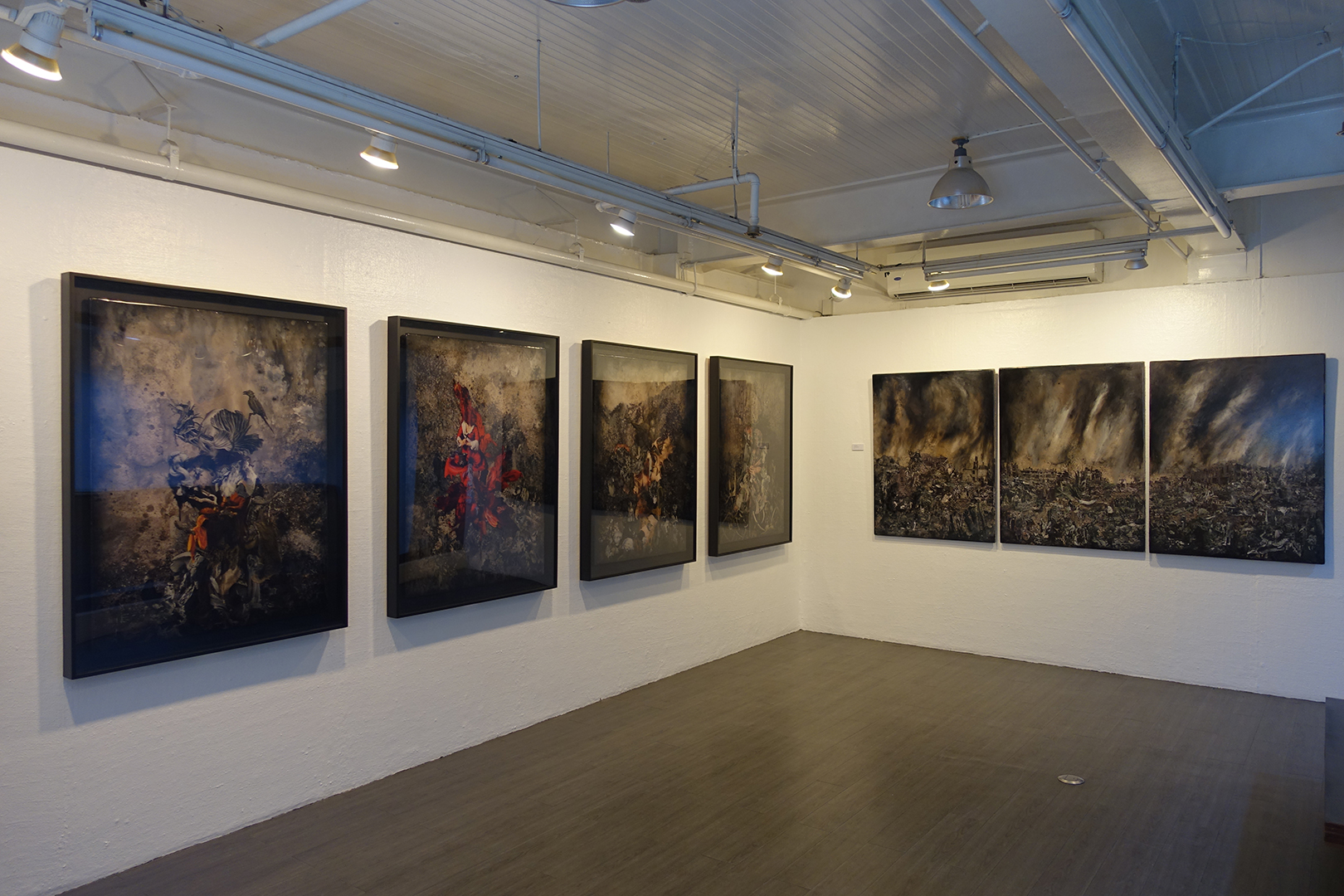