At the Top of the Food Chain

The Triumph and Fall of Man

In his latest solo exhibition, At the Top of the Food Chain, Lendl Arvin examines man’s place in the hierarchy of creation—the species that has radically shaped the face of the Earth as well as its climate, atmosphere, fate, destiny. “This show is how people have changed the world, how they have lived their lives, and how they make their own history,” the artist states.

The term that describes the epoch of man’s dominance is the Age of the Anthropocene, which was promptly brought to speed by the so-called “discovery of fire.” In a title of a work, Arvin calls it as “the element that put us on top,” depicting it as a solemn, contained conflagration, fed by tinder sticks and set against the dark. Not only did fire lead to the cooking of food (which meant it was sterilized and less likely to cause illness), but also to the razing of forests and the scorching of the earth, which meant that civilization could emerge.

Despite the fact that man has distanced himself from nature through the towering walls he has built, Arvin emphasizes that we are still vulnerable to forces that can wreak havoc and cause the collapse of what we have built through time. The works “The Elder” and “536 A.D.” respectively remind of the two phenomena that mankind had confronted in the past and which we are facing right now: a raging plague and the collapse of atmospheric balance.

In the first work, a cadaverous hand turns a globe, shadowed, with the lands and oceans almost indecipherable—a visual representation of the Justinian plague (541–549 AD) caused by the bacterium Yersinia pestis, the same organism that would be the culprit behind the Black Plague. Estimated to have killed 30 to 50 million people, the bacterium is said to have originated in or near the region of China, just like the novel coronavirus or COVID-19. The second work, on the other hand, which shows a human skeleton juxtaposed against a shriveled-up flora, points at the worldwide famine in 536 A.D., brought about by extreme weather conditions. Just like in the present, man’s food supply will be threatened if global warming continues unabated.

While the cyclical rhythm of world events is underscored by the abovementioned works, “Whitewash,” “Aryan,” and “6586,” examine the hand that wields the pen and writes history. In these paintings, Arvin presents images whose negative/positive connotations are dictated by those who have the most power and therefore can manipulate how historical records are edited, narrated, and handed down to people. The turkey in “Whitewash,” for instance, may be a symbol of gratitude, of Thanksgiving, to those who settled in America but it is a metaphor of oppression to the natives whose lands were forcefully taken away from them.

At the Top of the Food Chain, while it places the centrality of man, also underscores his vulnerability. The fact that events recur, says the artist, proves that the lessons of the past have not been internalized. The best example is how the world is poorly handling the pandemic, despite the fact that it has faced it multiple times before. In addition, history is never actually neutral and settled, but is always being morphed to the image of the victor, which is why constant vigilance is needed, especially towards those who claim to have the truth on their side. 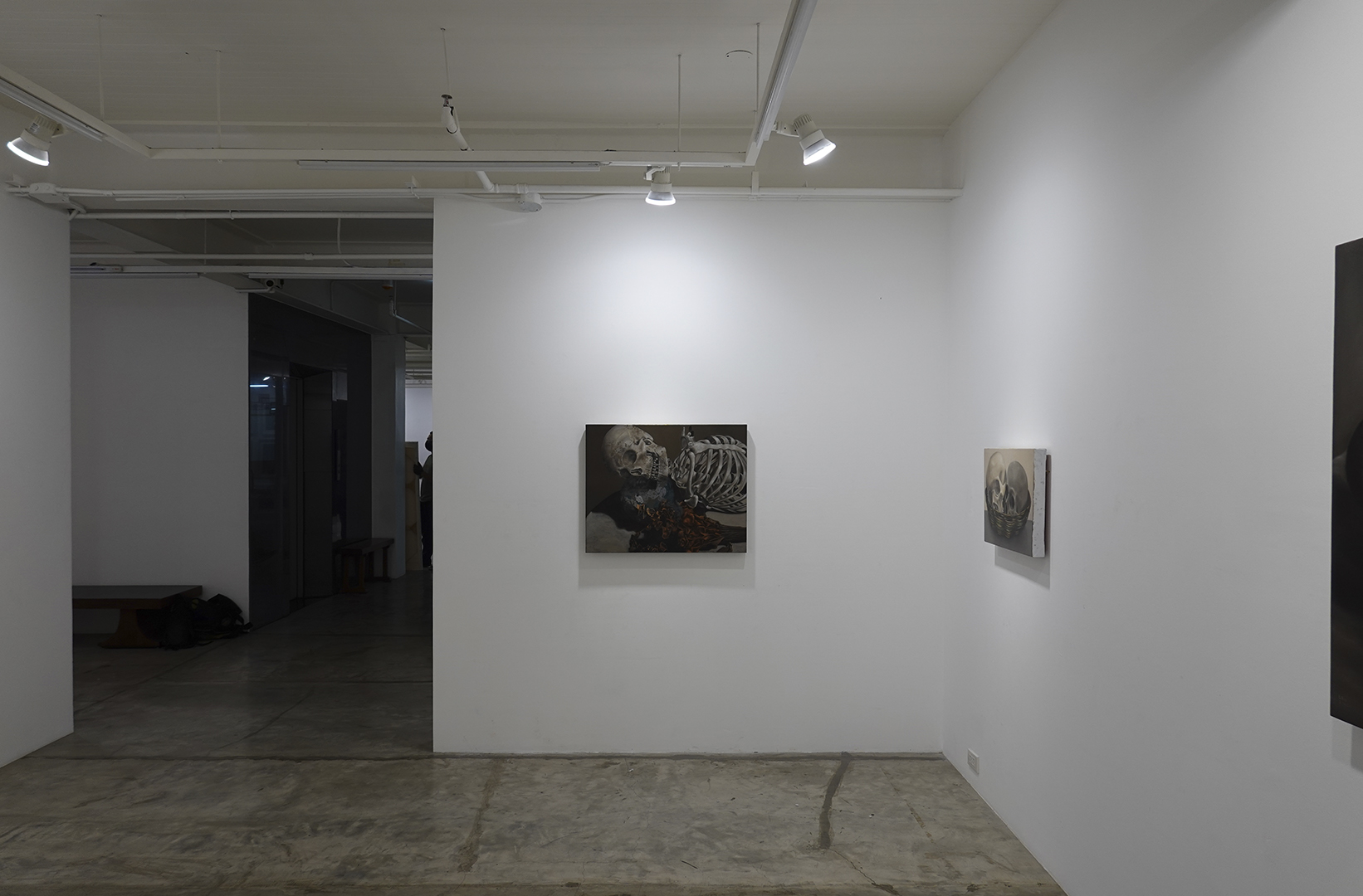 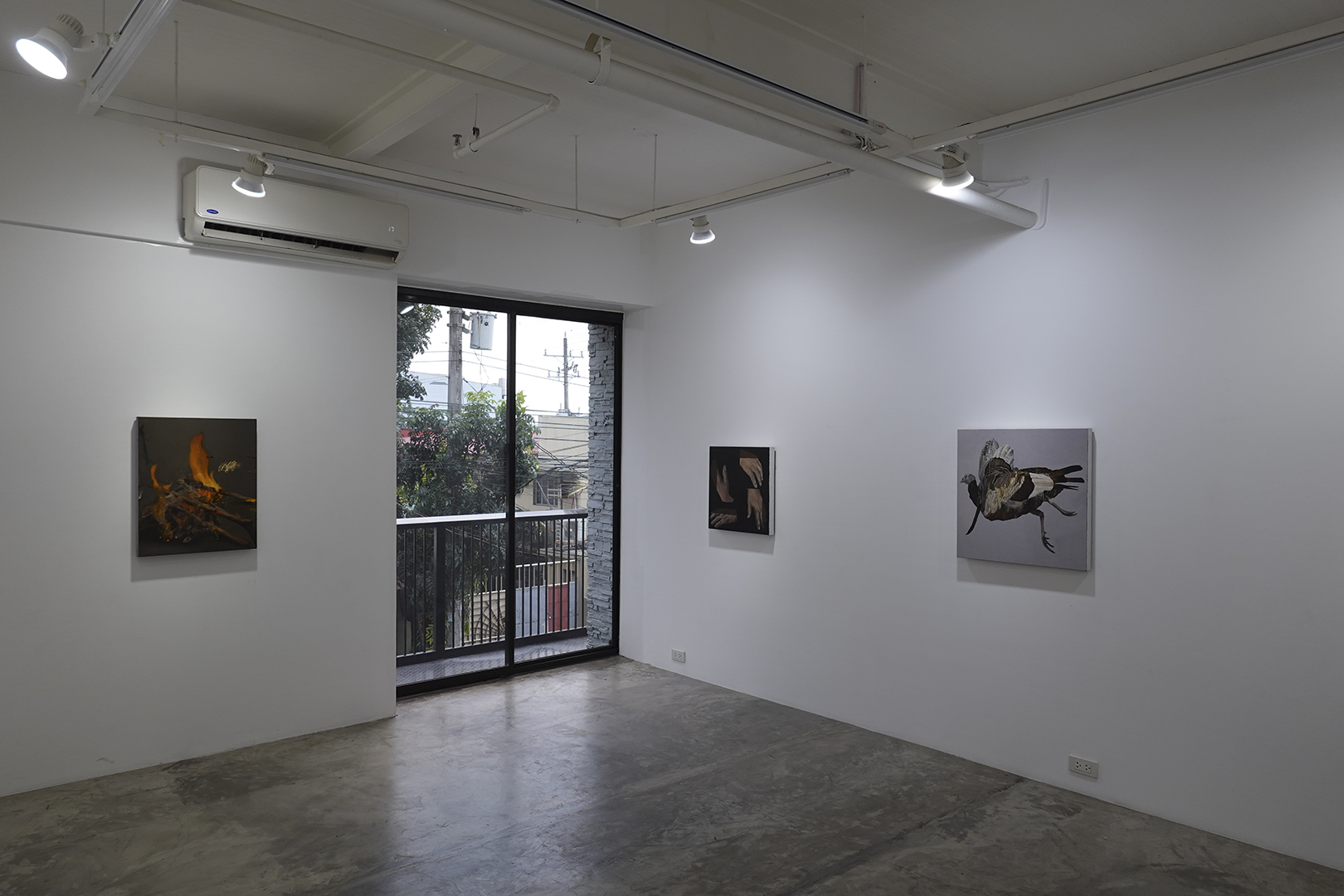 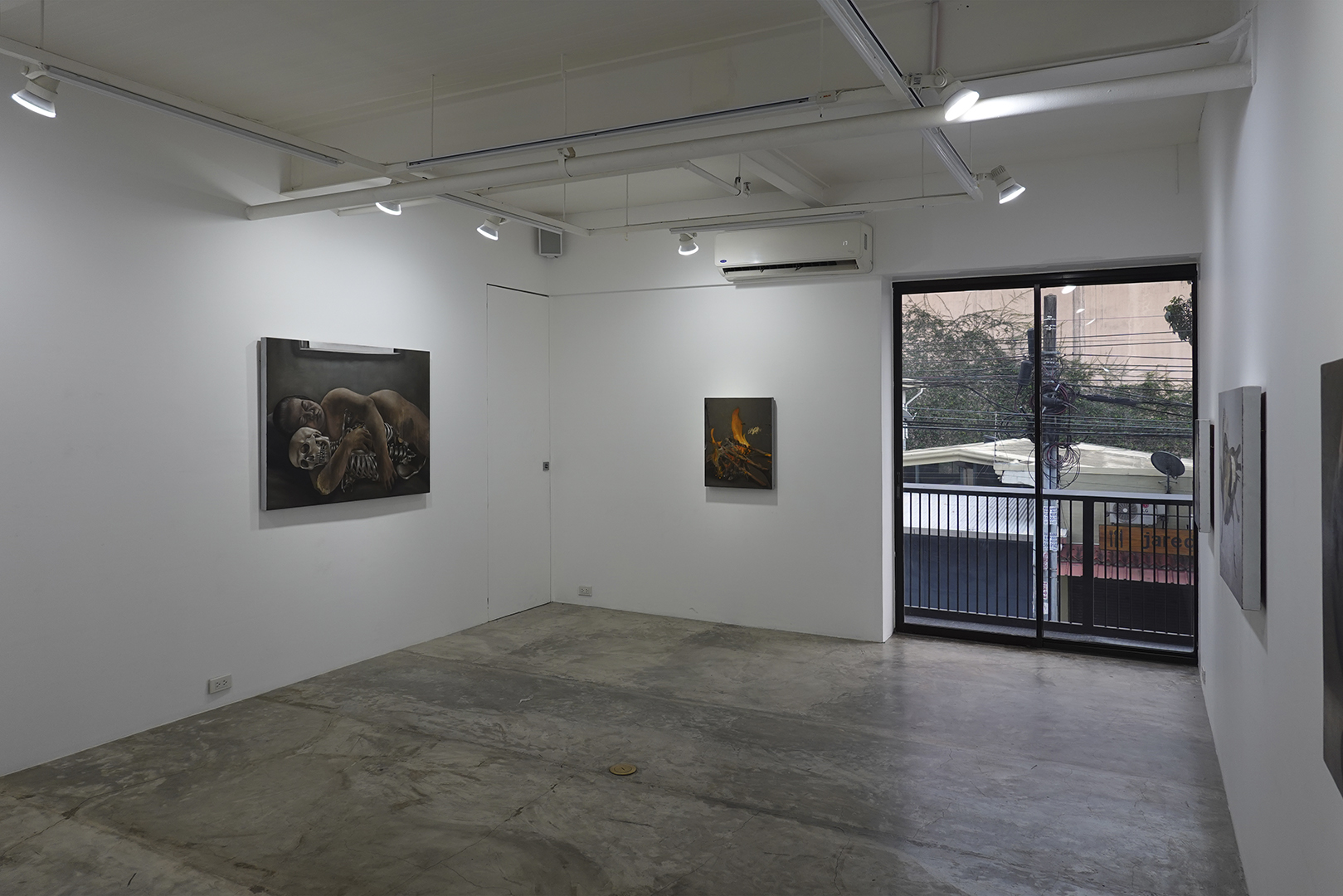 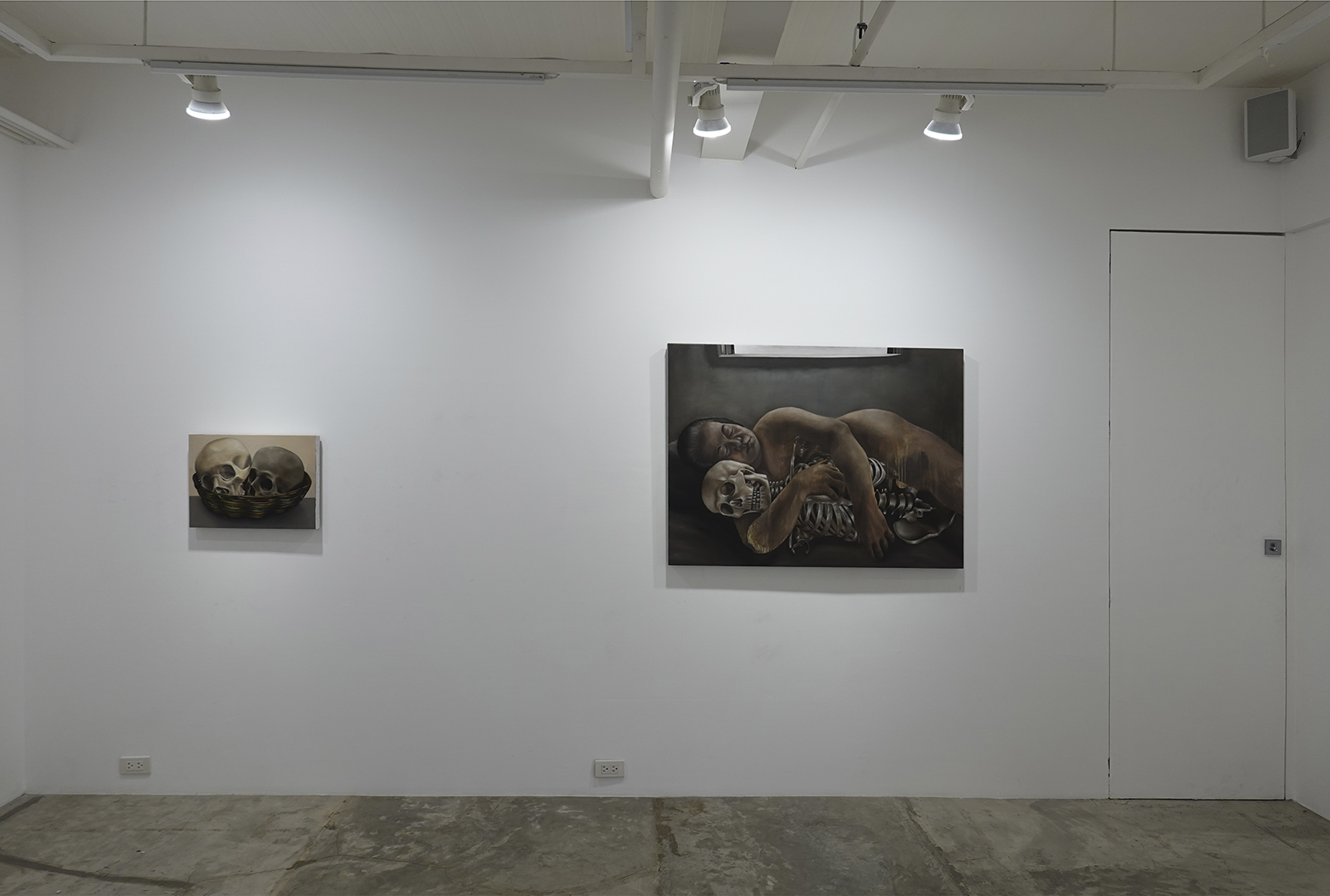 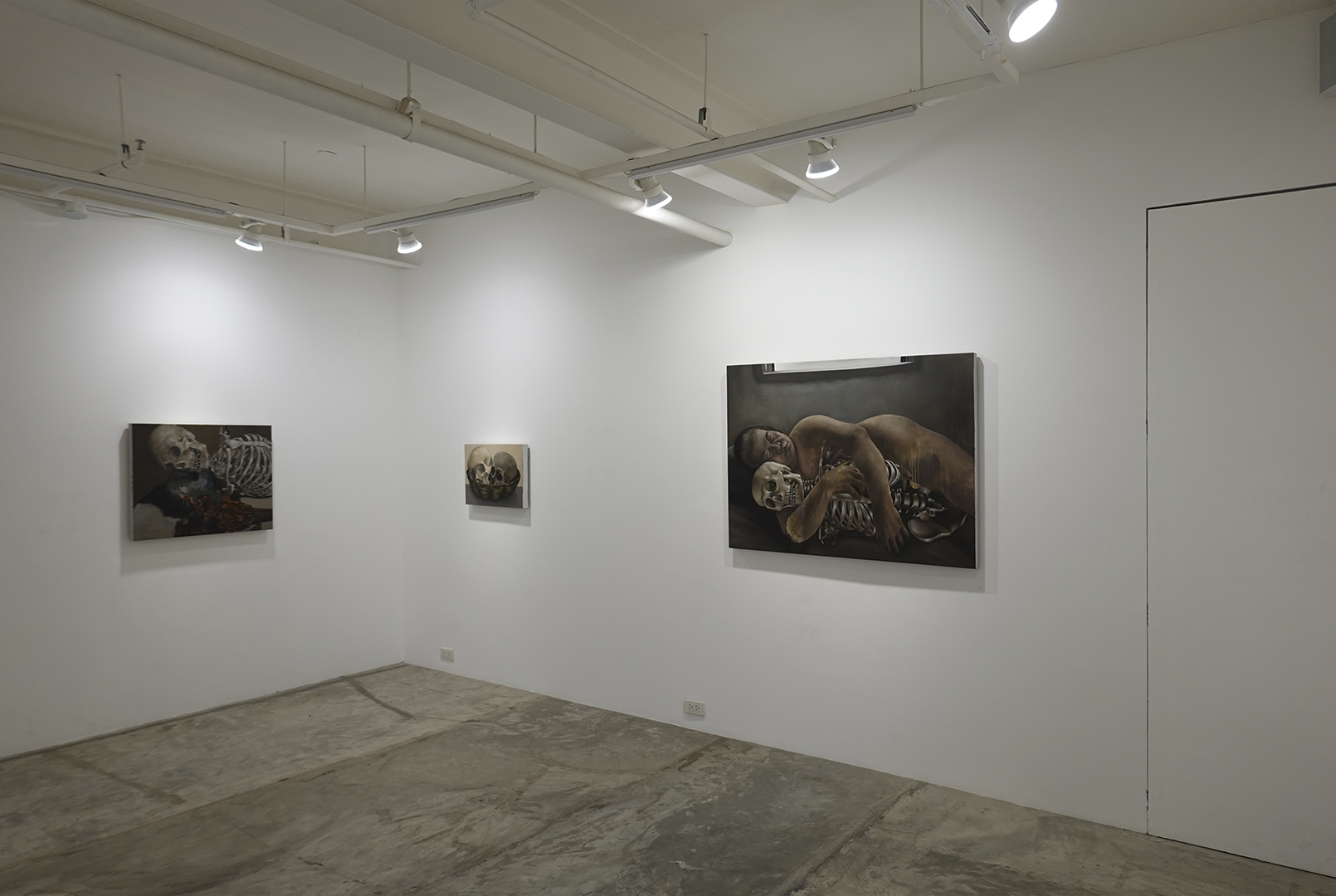 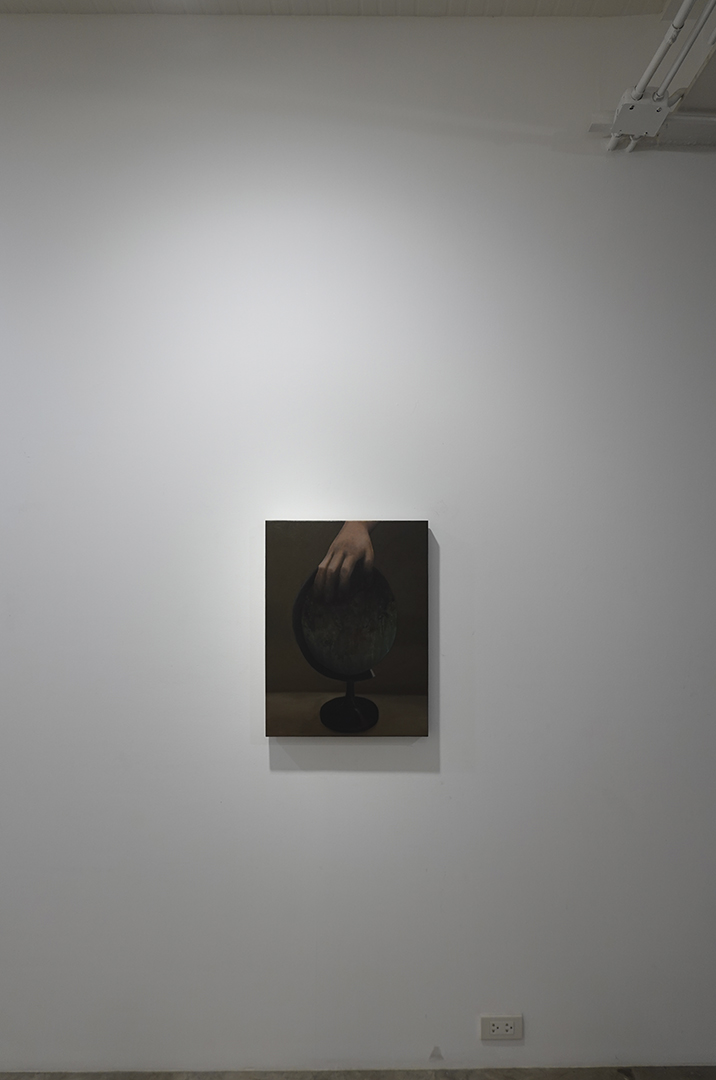 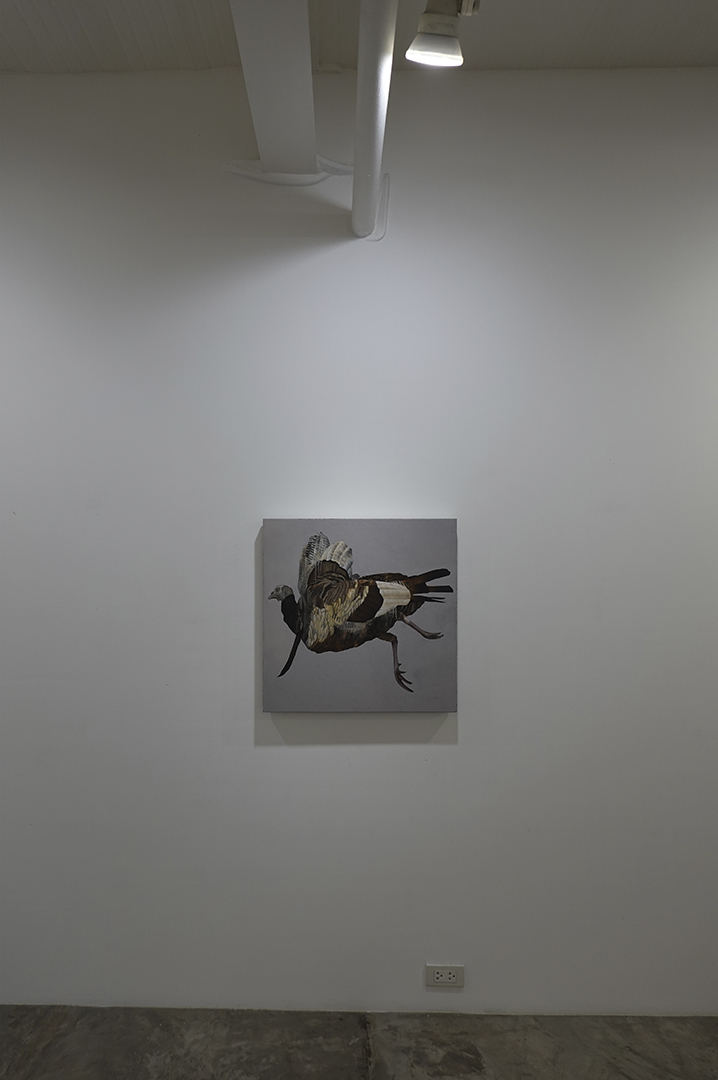 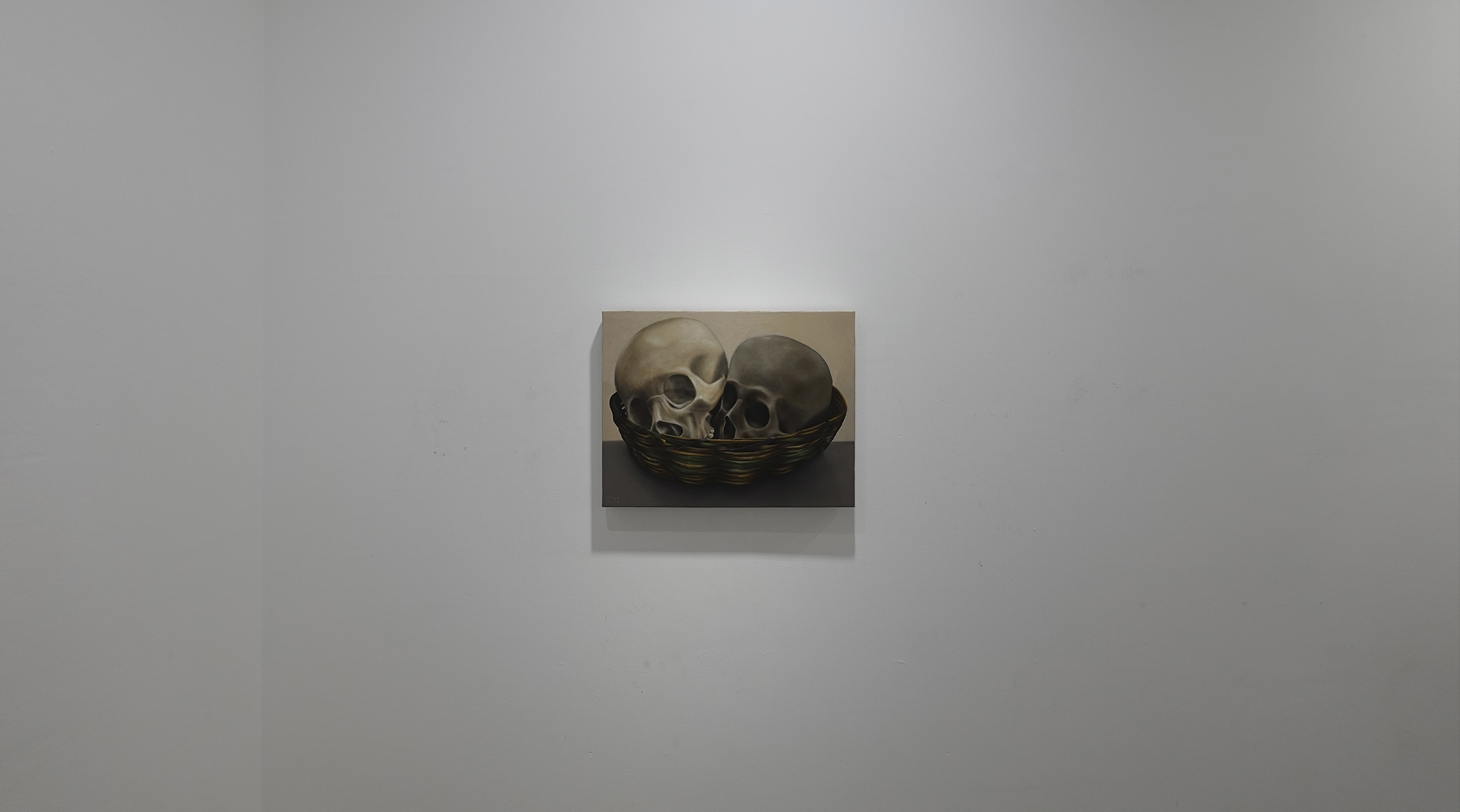 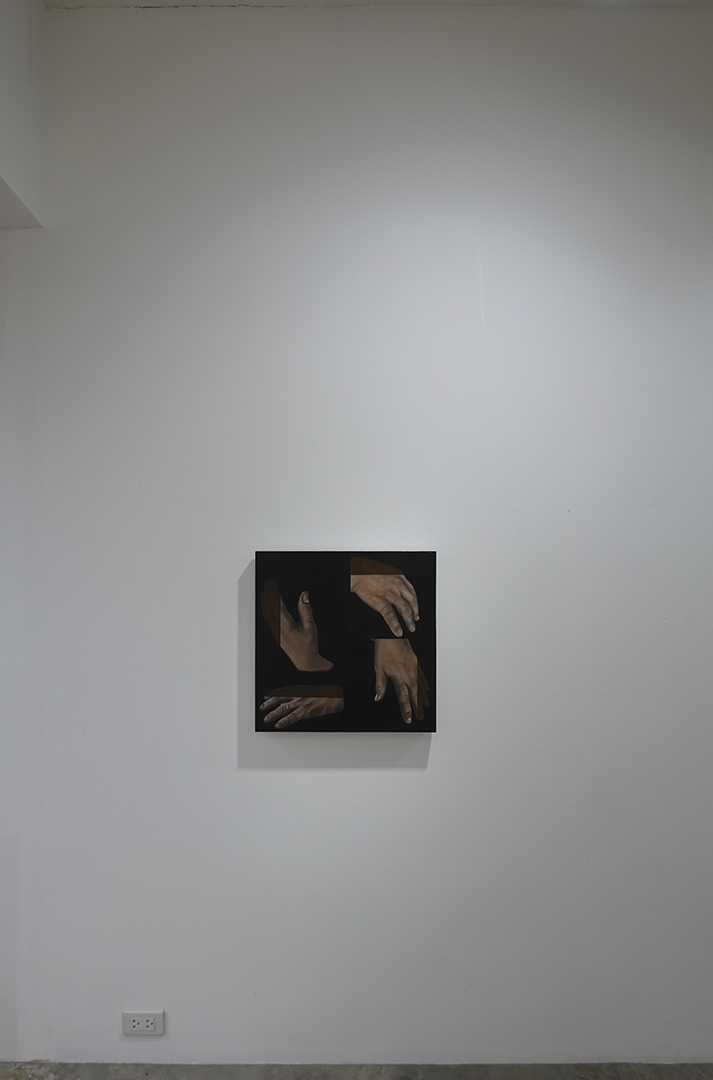 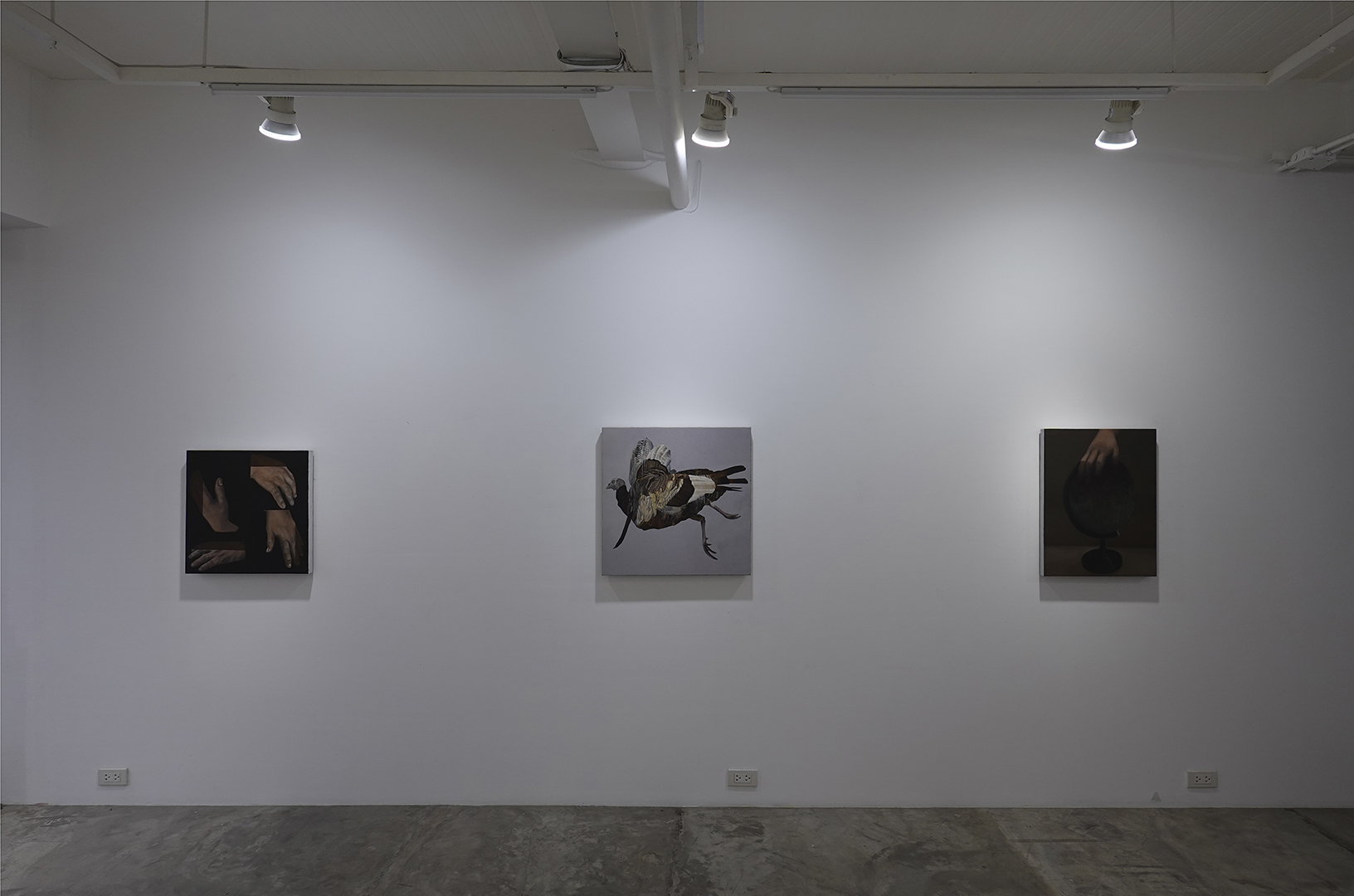 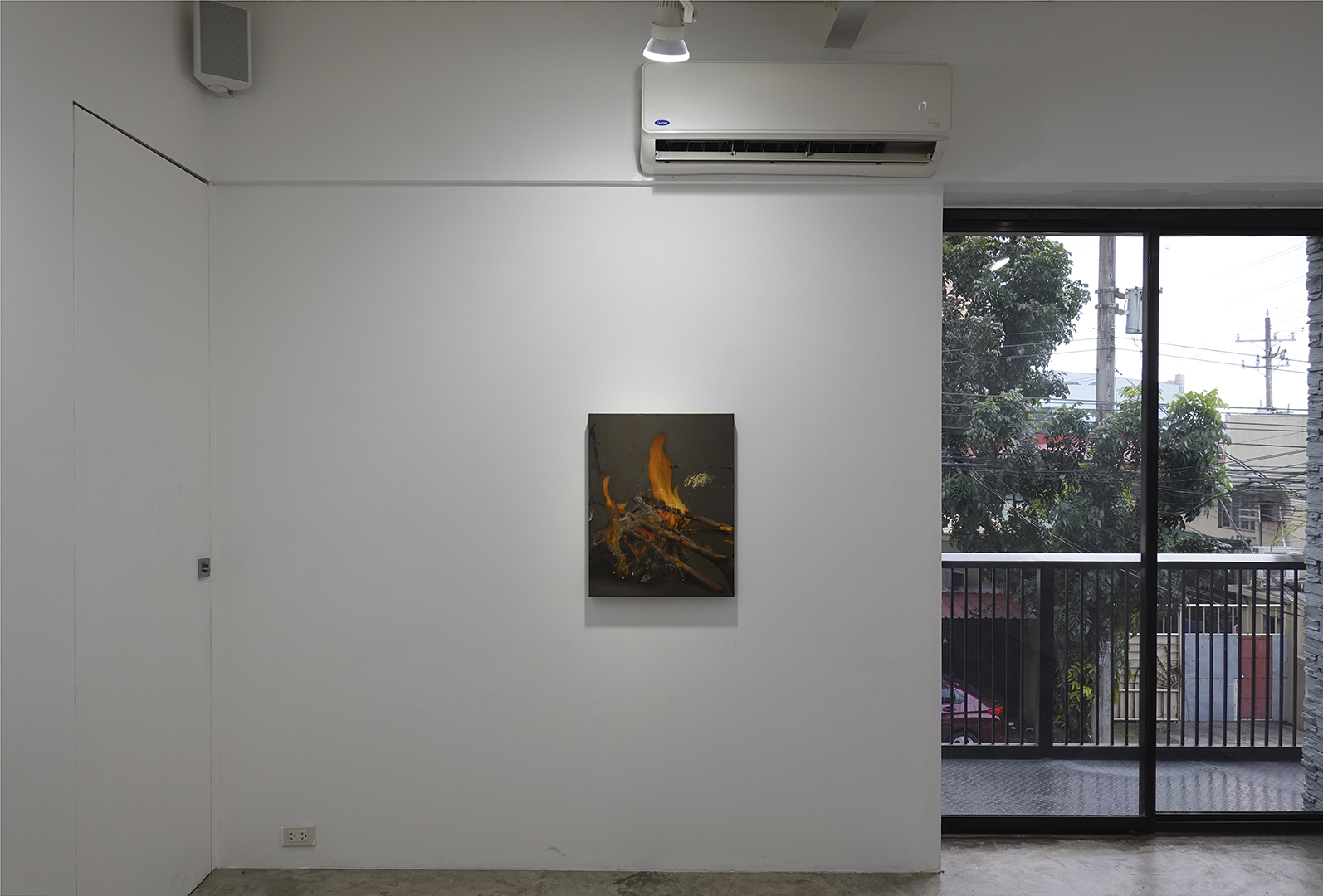