In Alvin Zafra’s latest exhibit, titled The Morning After, he explores the story behind a handgun and the thought of destroying it so that it wouldn’t be used as a weapon to harm anyone or even himself.

Zafra believes making sculptures is healthy for painters like him, as he tries to break away from the monotony of two-dimensional art. This time, he also focuses on the circle format, as opposed to the geometric tendencies seen in his most recent exhibit, Liberty Modules.

With a handgun as subject matter, Zafra says he is not advocating its use, rather stressing that there is no need for it. So he used an angle grinder and three grinding disks to take it apart until it was totally crushed. Then he mounted the disks inside balls of resin to encapsulate them, while sprinkling them with gun shavings. For him, resin was a logical choice for a material because of its mounting capabilities and sense of permanence. “I wanted to present the disks in a more palatable manner, rather than just sticking them on the wall. It’s a 3D object, so I might as well present it as a 3D piece,” says Zafra.

At the core of the exhibit is a sculptural piece titled “Magic Hour,” in which grinding disks are encased in clear resin. Two other works, which were based on the images of grinding a hand gun, reflect the conceptualization and execution that went into completing “Magic Hour,” describes Zafra. One painting depicts gun shavings, while the other painting features an image of a gun trigger.

Zafra says he enjoys the entire process of trying to convey a message through an art form, as well as challenging a viewer’s perception of art and everyday objects by making something new and expanding his visual vocabulary. Helping him achieve his artistic goals are his power tools, which serve as the extension of his painting technique on sandpaper. “Using machinery to make art is a choice, rather than a gimmick,” reveals Zafra, improvising as he recovers from a right collarbone injury. 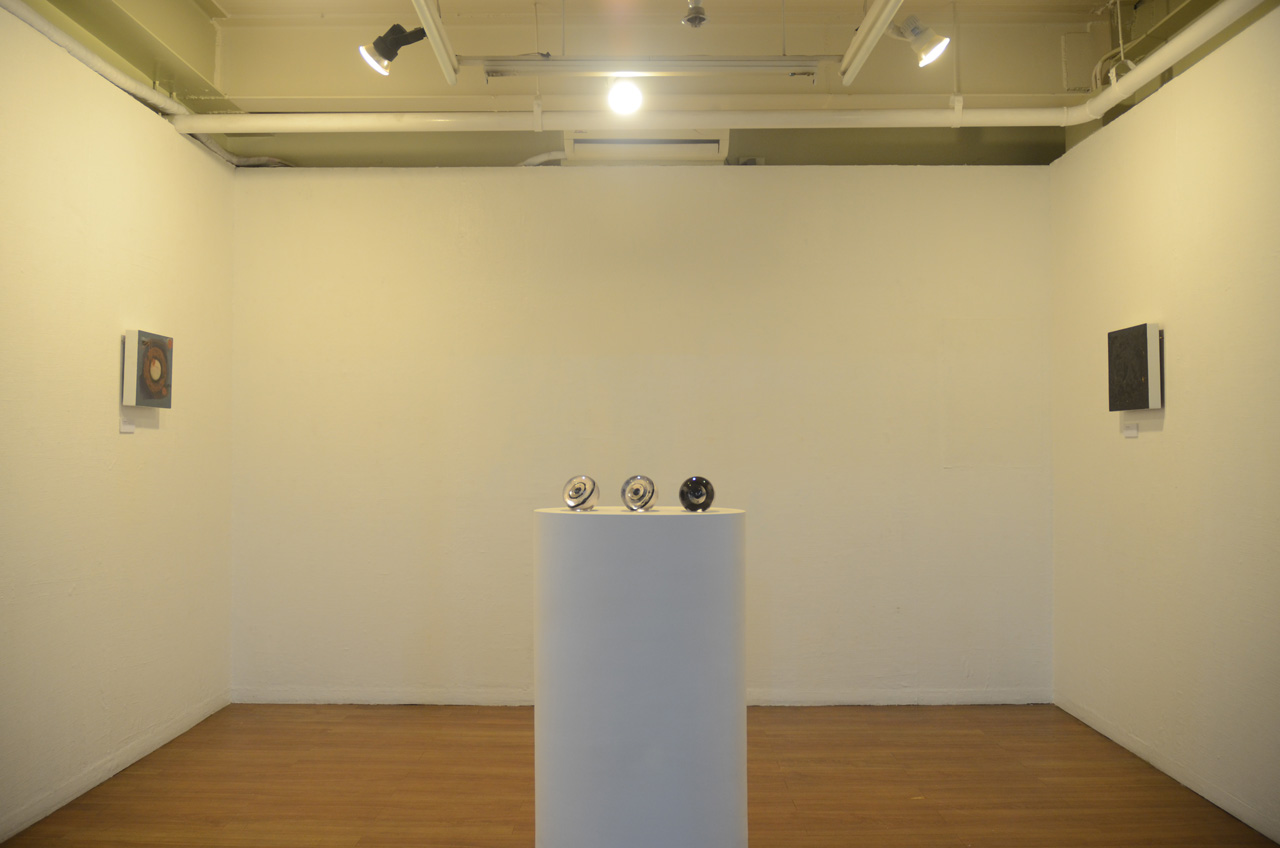 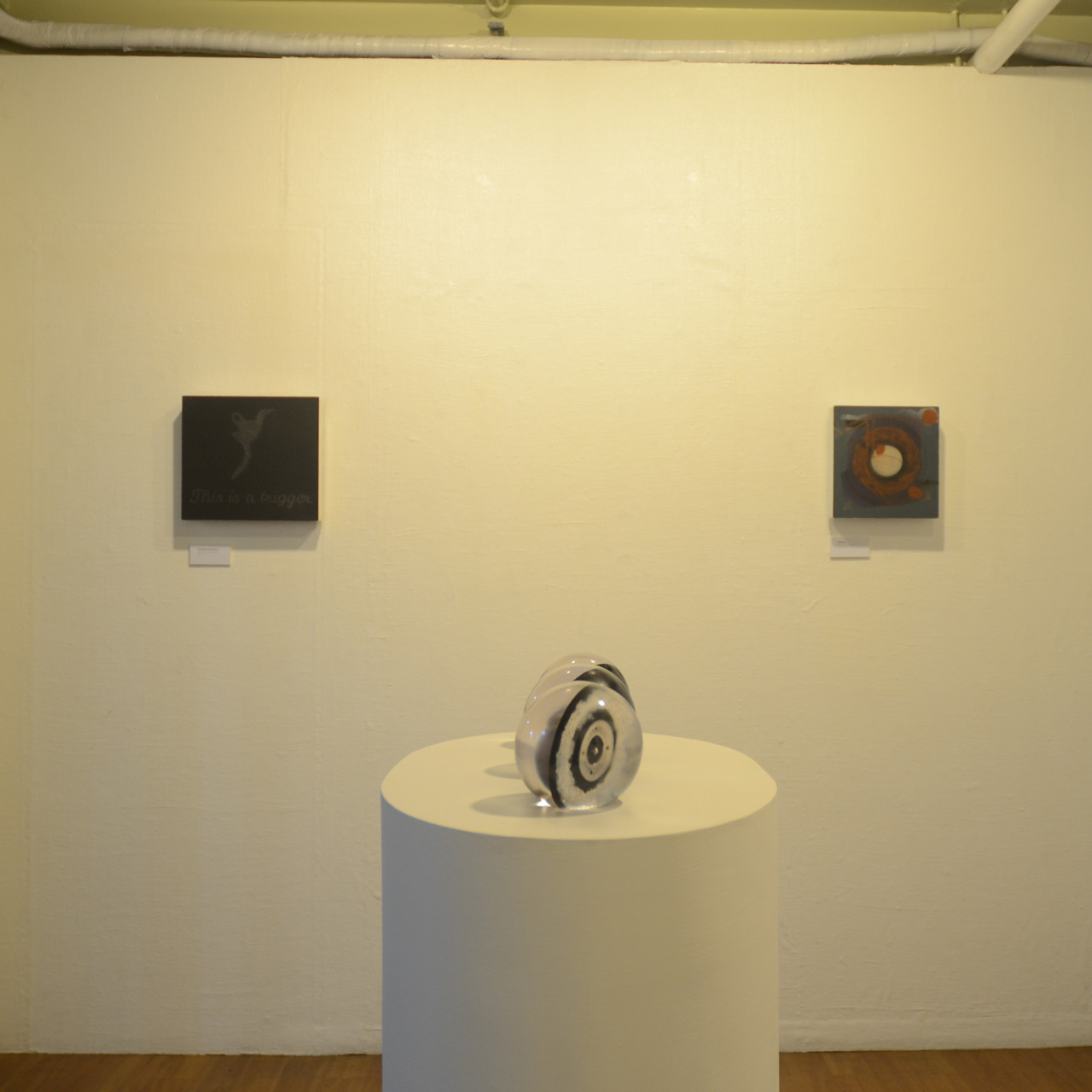 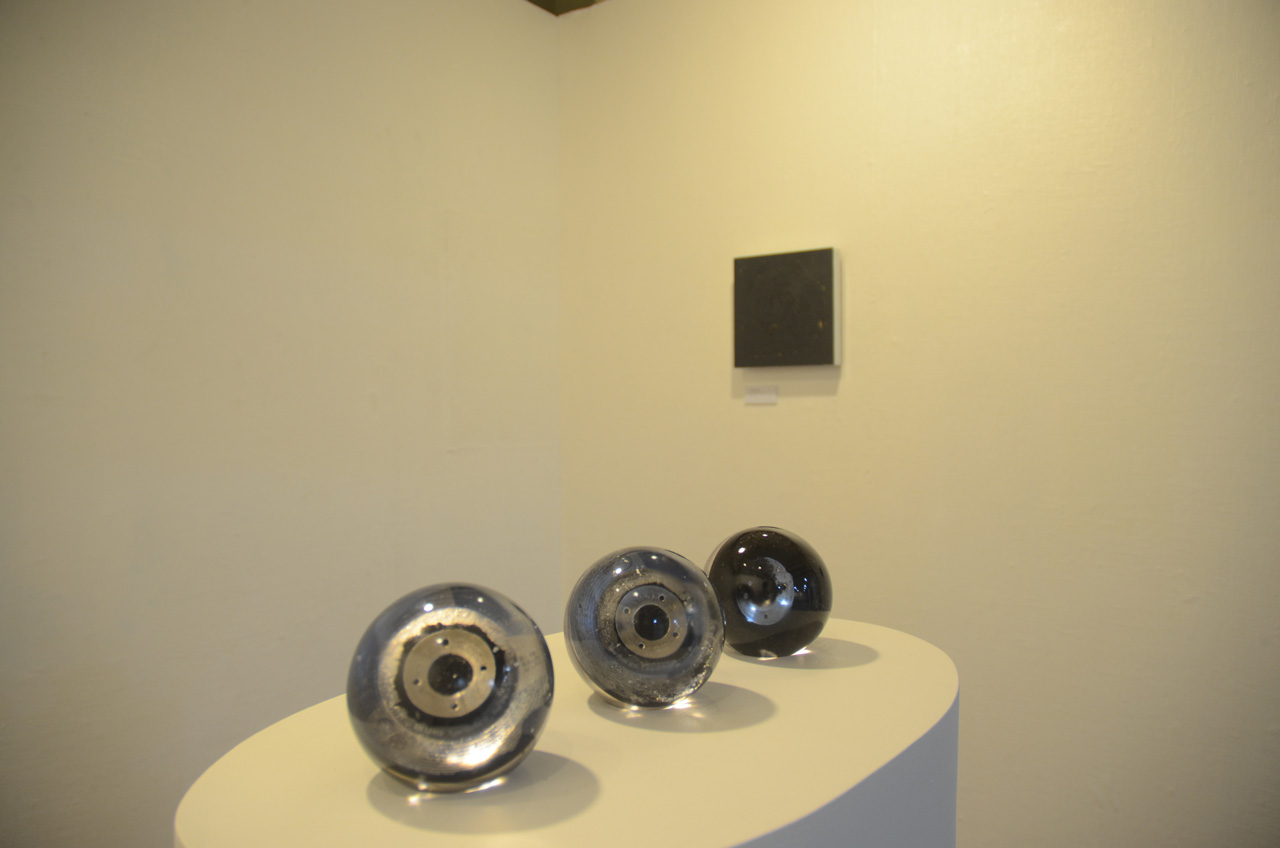 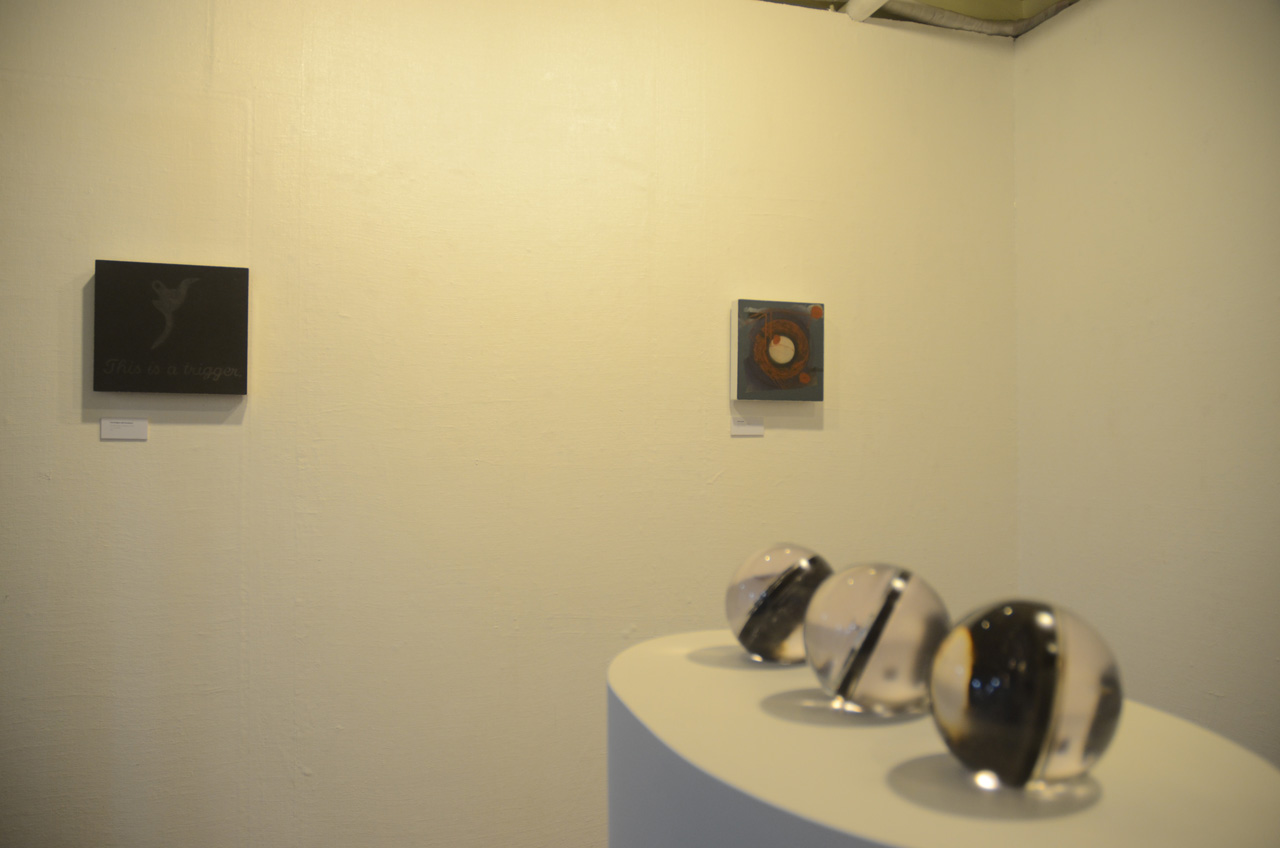 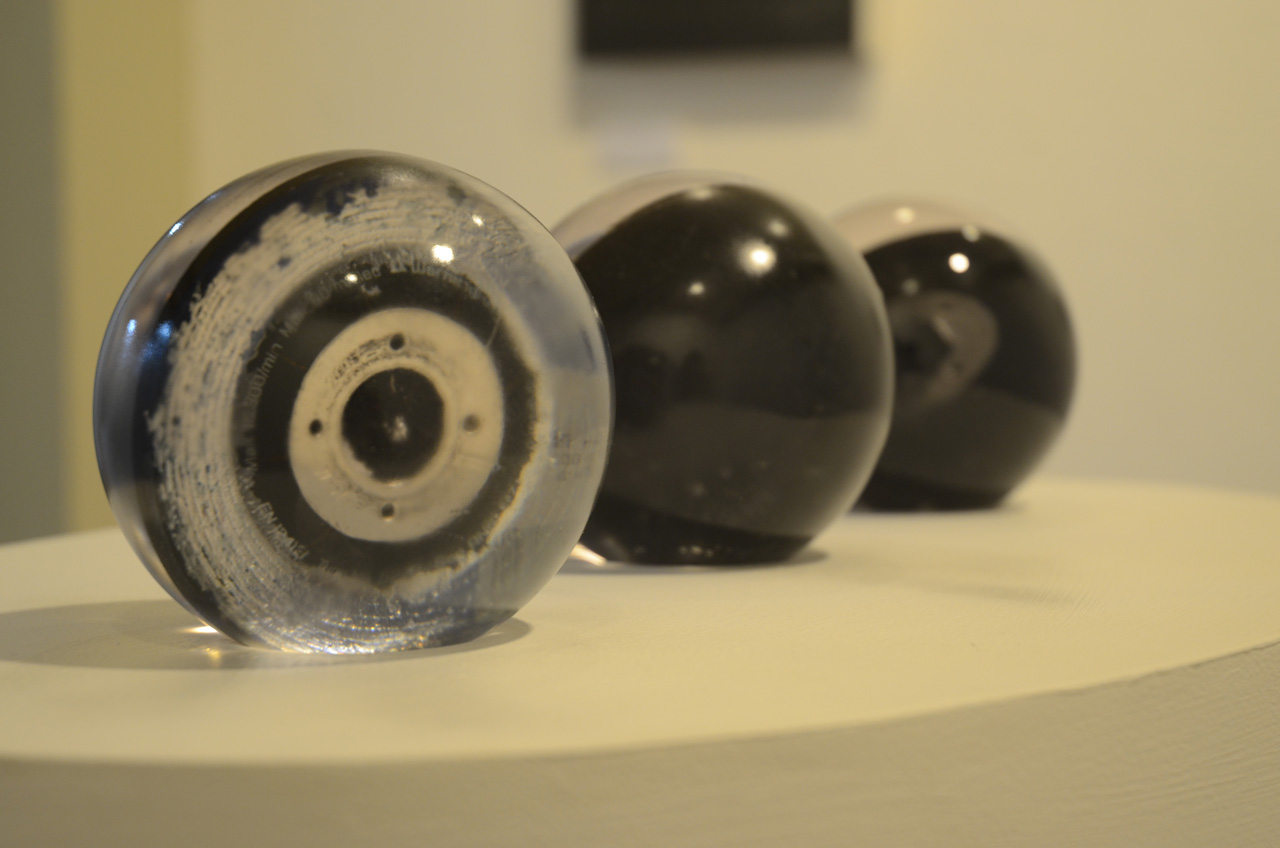 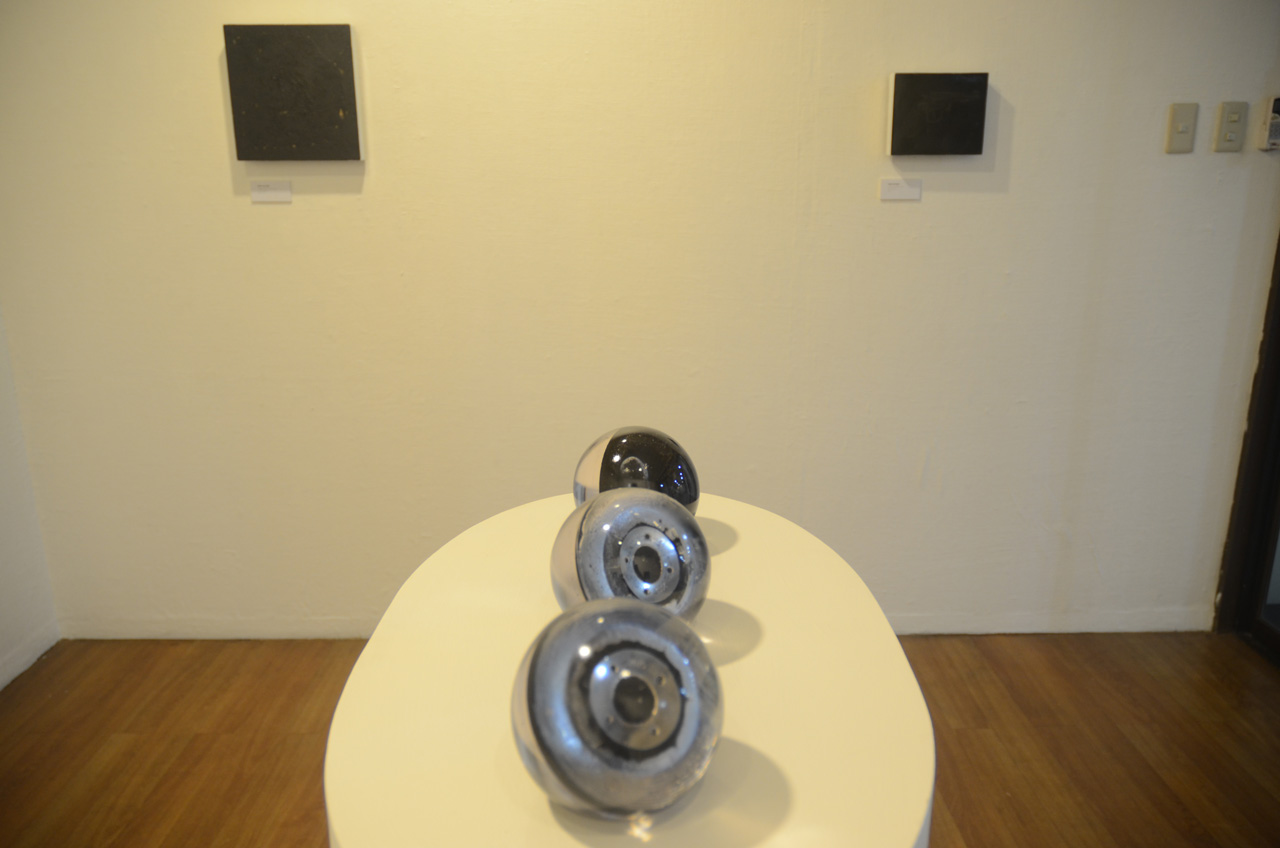 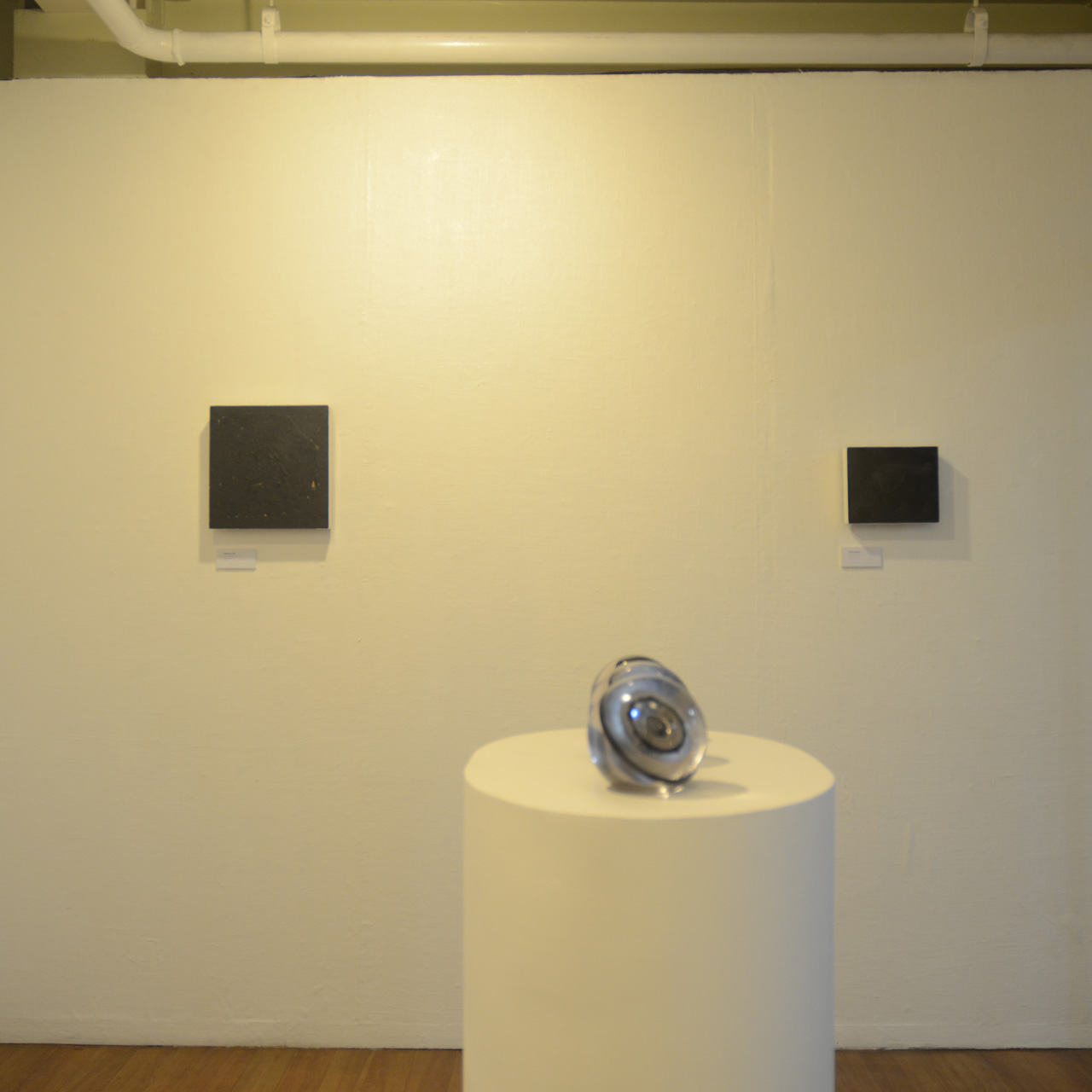 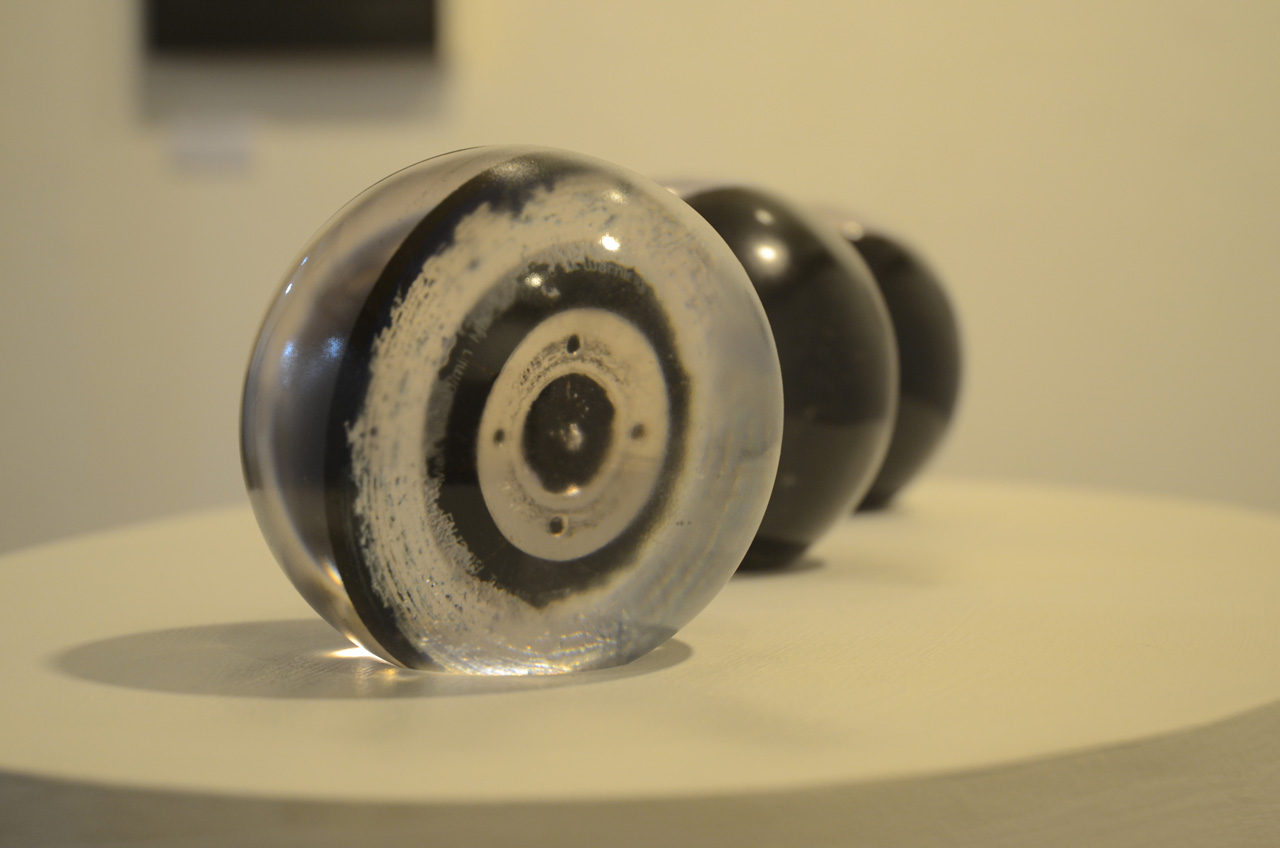