Paintings, they say, compress time and space. They can act as time machines.  We can go forward and back. Mike Crisostomo chooses to plunge forward to the future.  But what does the future look like? Is 2 years forward the “future” or rather an alternate present? Do numbers in years even matter?  I think it’s all just a matter of perception, just how Cezanne envisioned apples and oranges as spheres on a continually changing plane of vision.  Green and barely ripe on one side, mottled and rotting as we turn another side.  It is a Schrodinger fruit, bearing the promise of spring and a harbinger of death.  Ultimately, Cezanne ushered in the 20th century.

2022 is a time skip. It is also near perfect vision.  We only need to look from 20 feet to see the 8th line from a Snellen chart and it doesn’t even spell a word we can recognize. Dyslexics be damned in these eye tests.    There are only two colors included in these charts – red and green, and they have to be named, they needed words, giving credence to their being perceived or seen.   Did it happen or even exist even without the consequential verbiage of form to symbol to idea to language, turning phenomenon to abstract.   How did painting happen in between these strings of cognitive links?  How does painting even experience painting or of its own making? Or confoundingly its being perceived?  Do paintings have feelings and do they even bleed when they get pricked? Laugh when tickled? Conspire revenge when they are wronged?   Don’t be silly, they are just objects, feelings don’t matter to them. They can’t kill you. They are rather to be spectated upon.  In all its glorious full ultraviolet spectrum.  Mostly the short wavelength though, in this case.  Purple rain, purple reign, in these rather flat ambiguous shapes. Are they mountains, word bubbles, combustible yolks, a thing to bait fish withal?  All of those and none of those. Like oranges are apples that are on a table and at the same time a chair. They morph, in all its utopic plasticity. And in between must be excruciating birthing pains of conception, execution and perception, if it will feed on nothing else but its own experience as a painting. 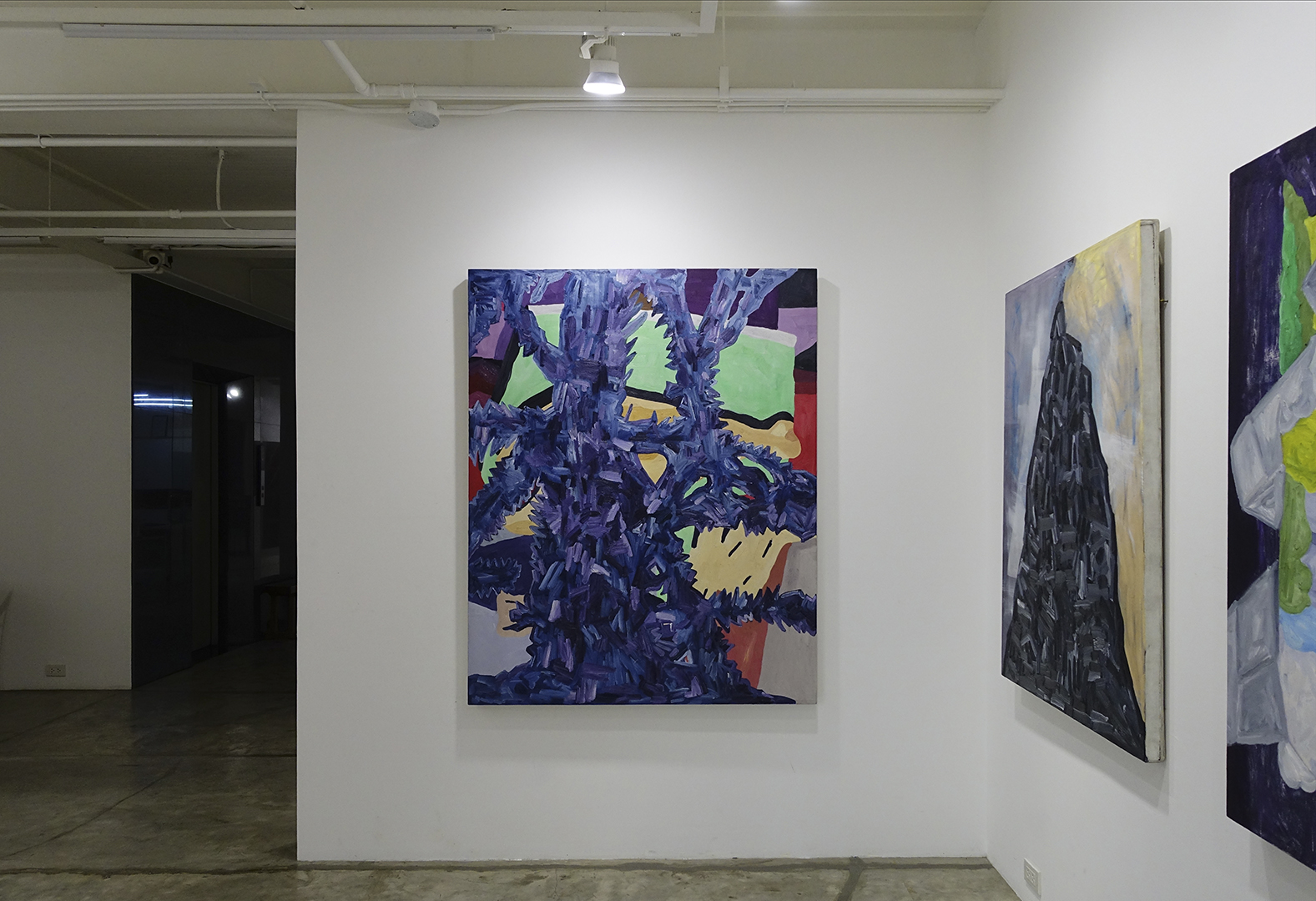 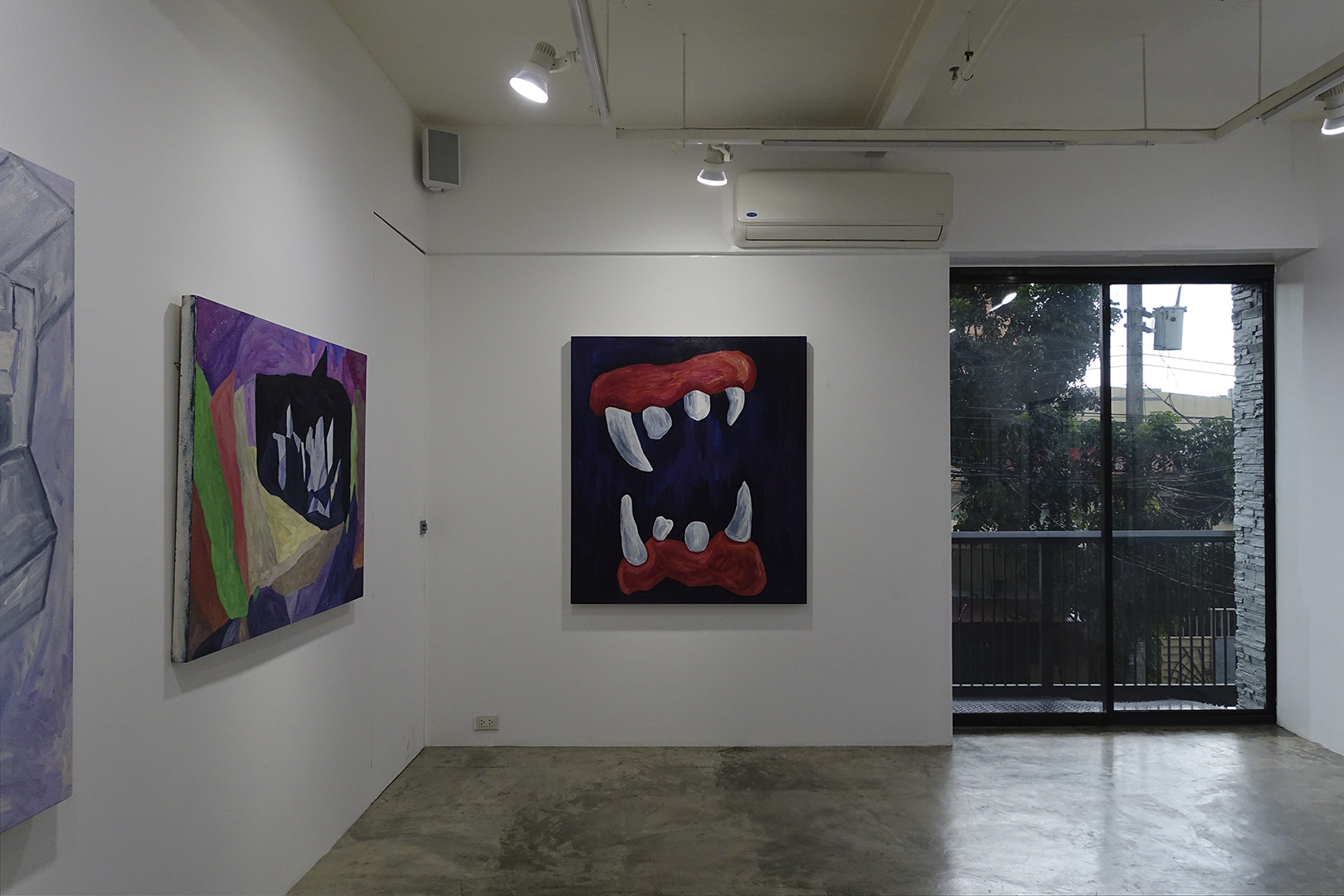 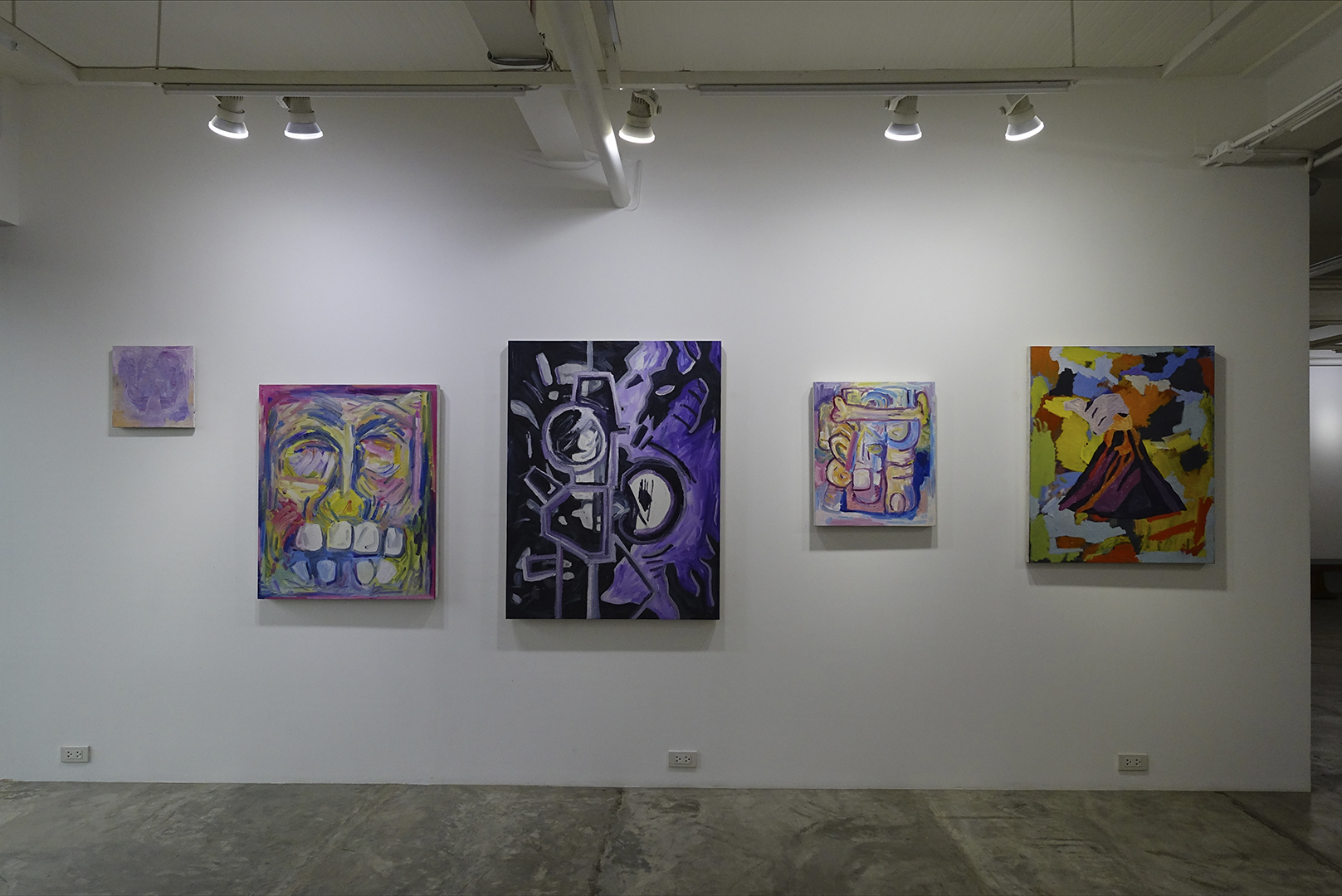 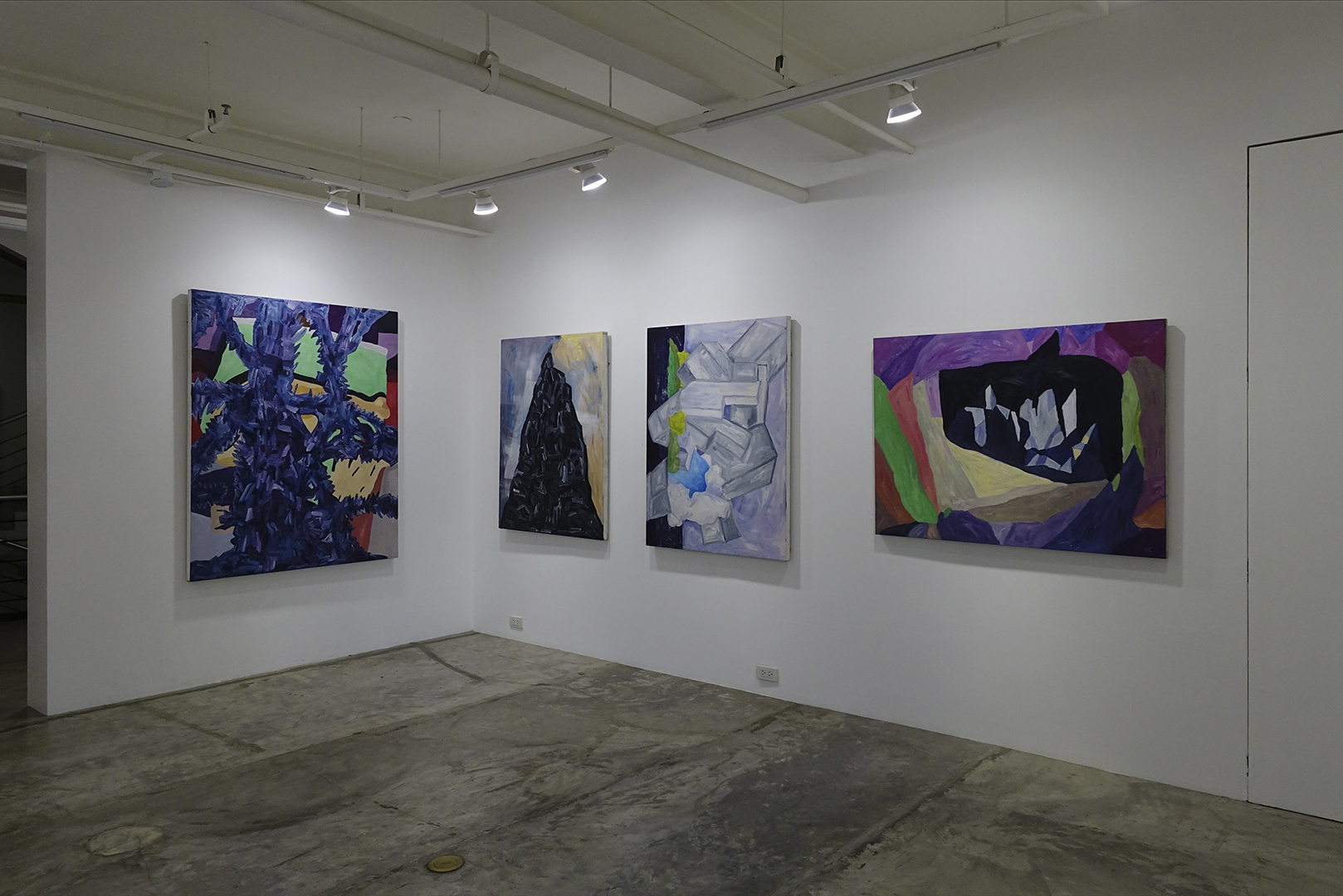 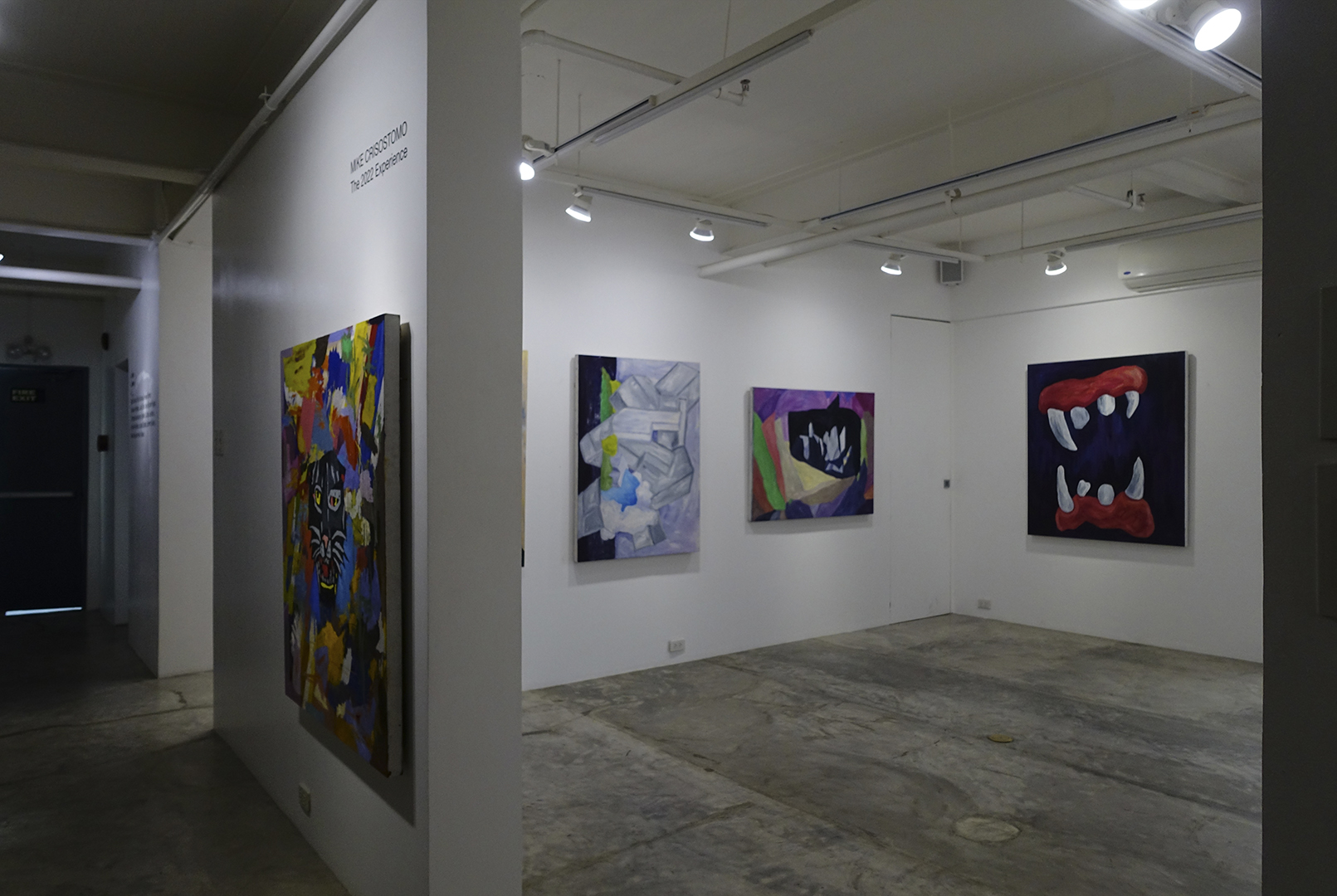 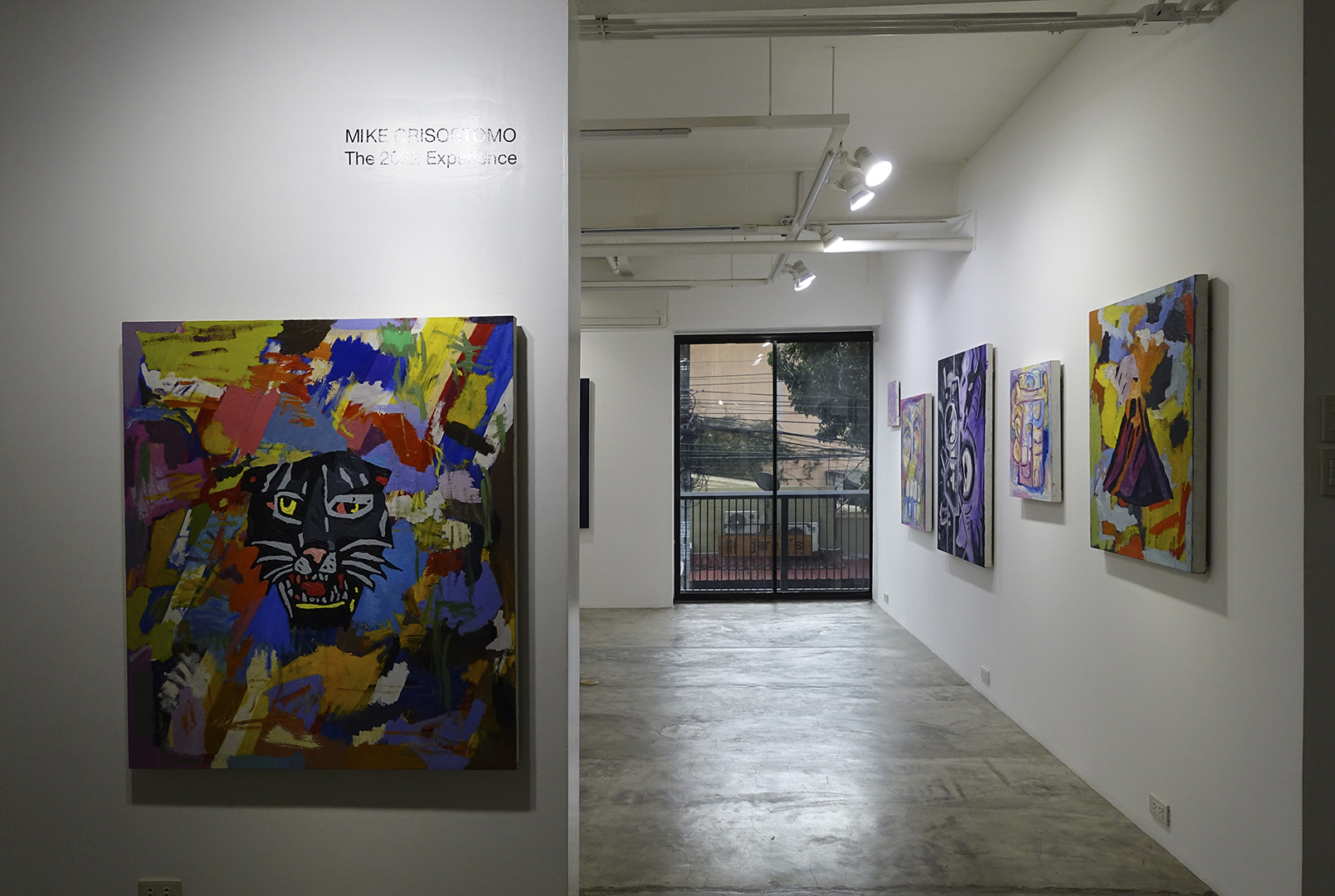