In his latest exhibition, Synchrodelic Hybrid Fractals Screenshots, Dex Fernandez hexes the viewer’ s perception like a contemporary shaman with his delirious concoction of elements—from photographic medium, pigments, and threads—to let them have a safe passage into the universe hidden under the seam of this one, where dreams, apparitions, and visions emerge like multi-colored filaments. Across the surface of the works, they create shapes, patterns, and structures, which sometimes form into eyes, botanical creatures, animals, only to dissipate into waves, undulations, concentric circles.

The figures, through which this alternate world spills over and dominates reality, are transformed from mere corporeal vessels into dynamic sites of energies, vortices, and glowing orbs, manifesting the true nature of the spirit, which is never stable and still, but is eternally locked in a swirling, frenetic dance with the cosmos. These luminescent filaments of the spirit express the individual’ s nature like the particularity of a thumbmark: some lines cascade outwards in an orgasmic expansion while others are wrapped within a self- contained pulsing aura. One figure’ s pubis is marked by the sign of a goat, whose connation in different cultures ranges from a sacrificial animal to the devil himself.

This series of works, punctuated by psychedelia, either achieved chemically or accessed through transcendental vision, presents how reality is not merely a linear succession of events, but a synchronous overlapping of different worlds, so much so that time and space bend and reach out towards one continuous loop. Nothing in creation is ever isolated and solitary. All of us— from the most far-flung stars to the deepest atoms—are caught in one universal intricate web, through whose lines energies are transmitted, exchanged, received. Synchrodelic Hybrid Fractals Screenshots offers us a glimpse of that hidden mathematics, stroking our third eye open. 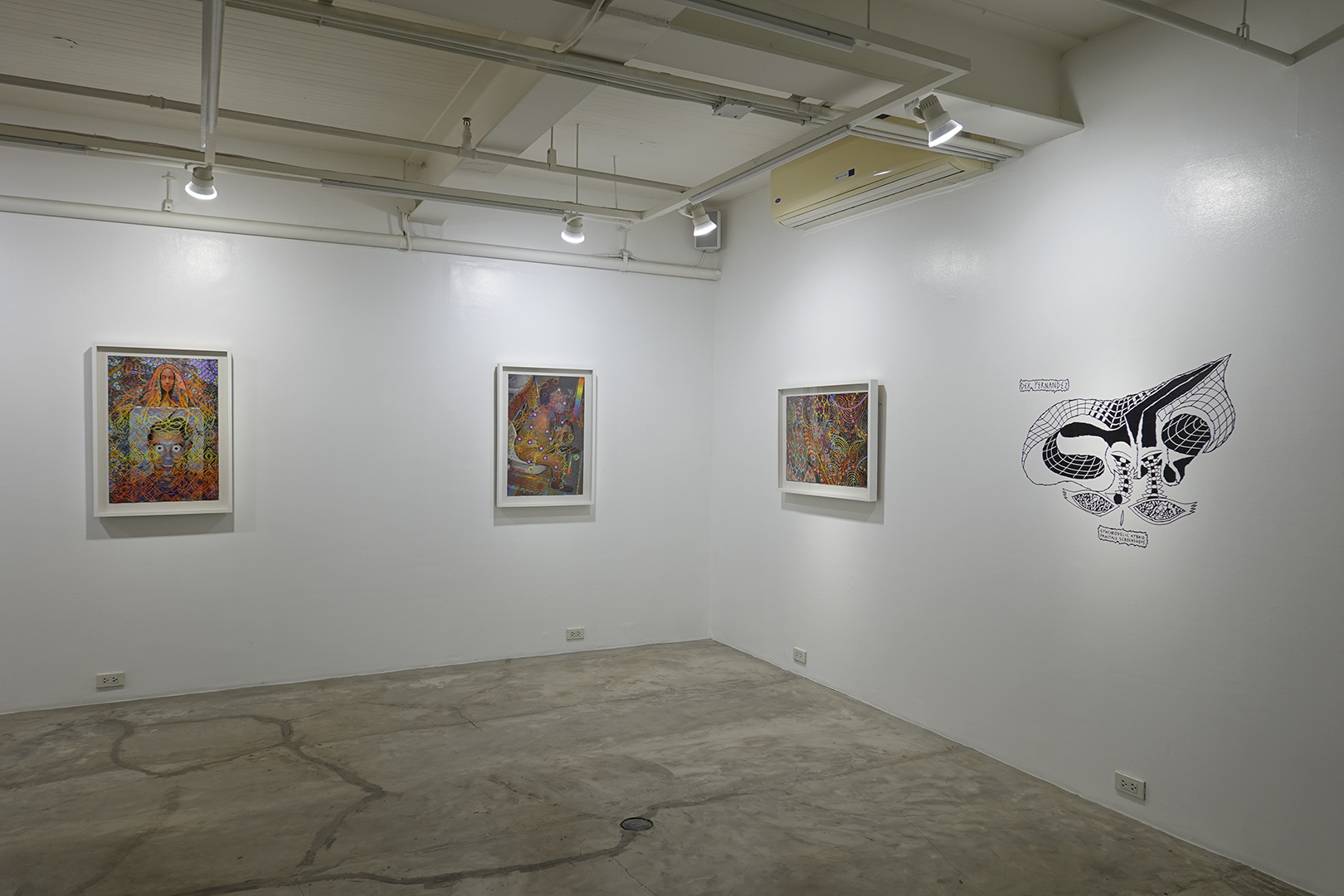 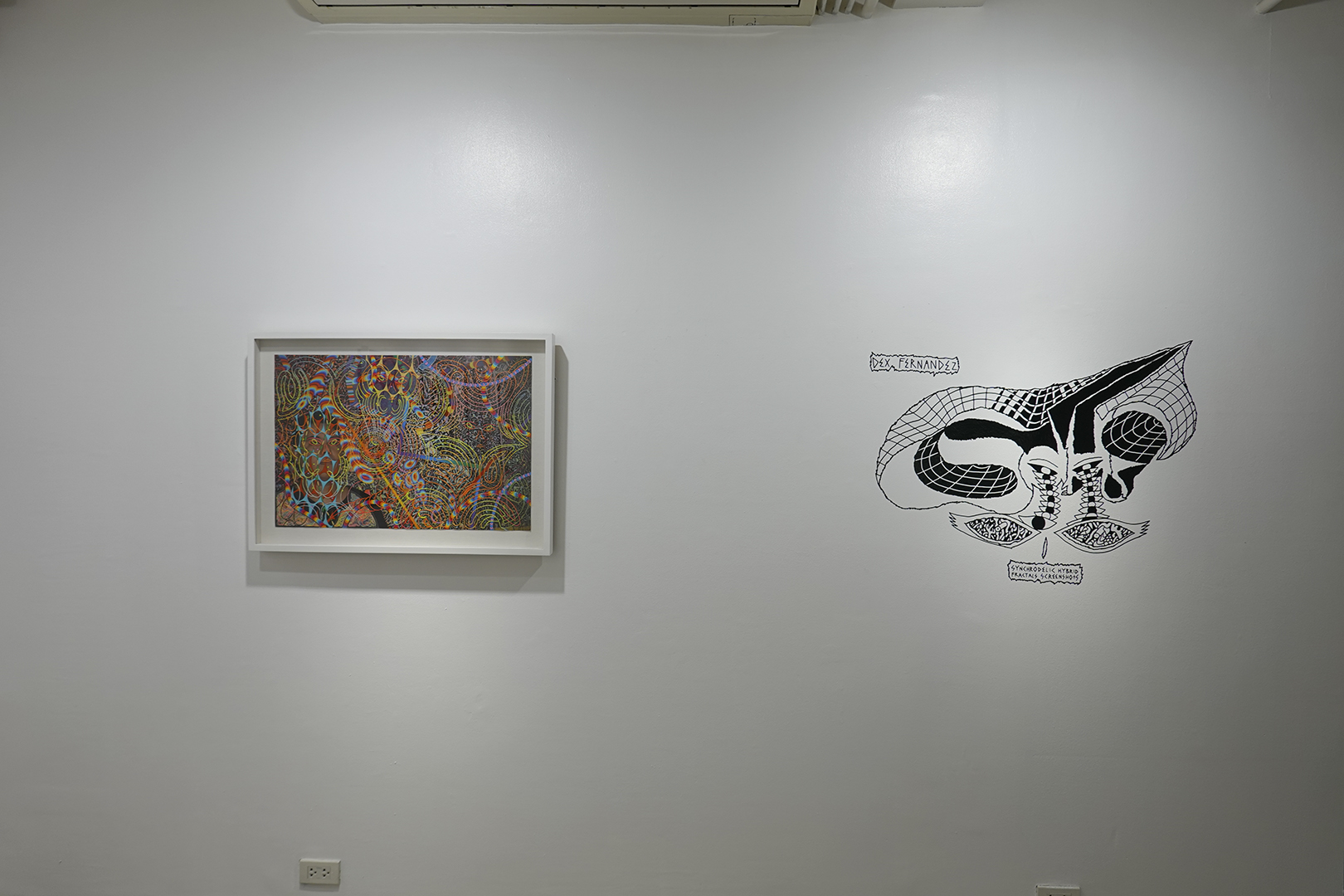 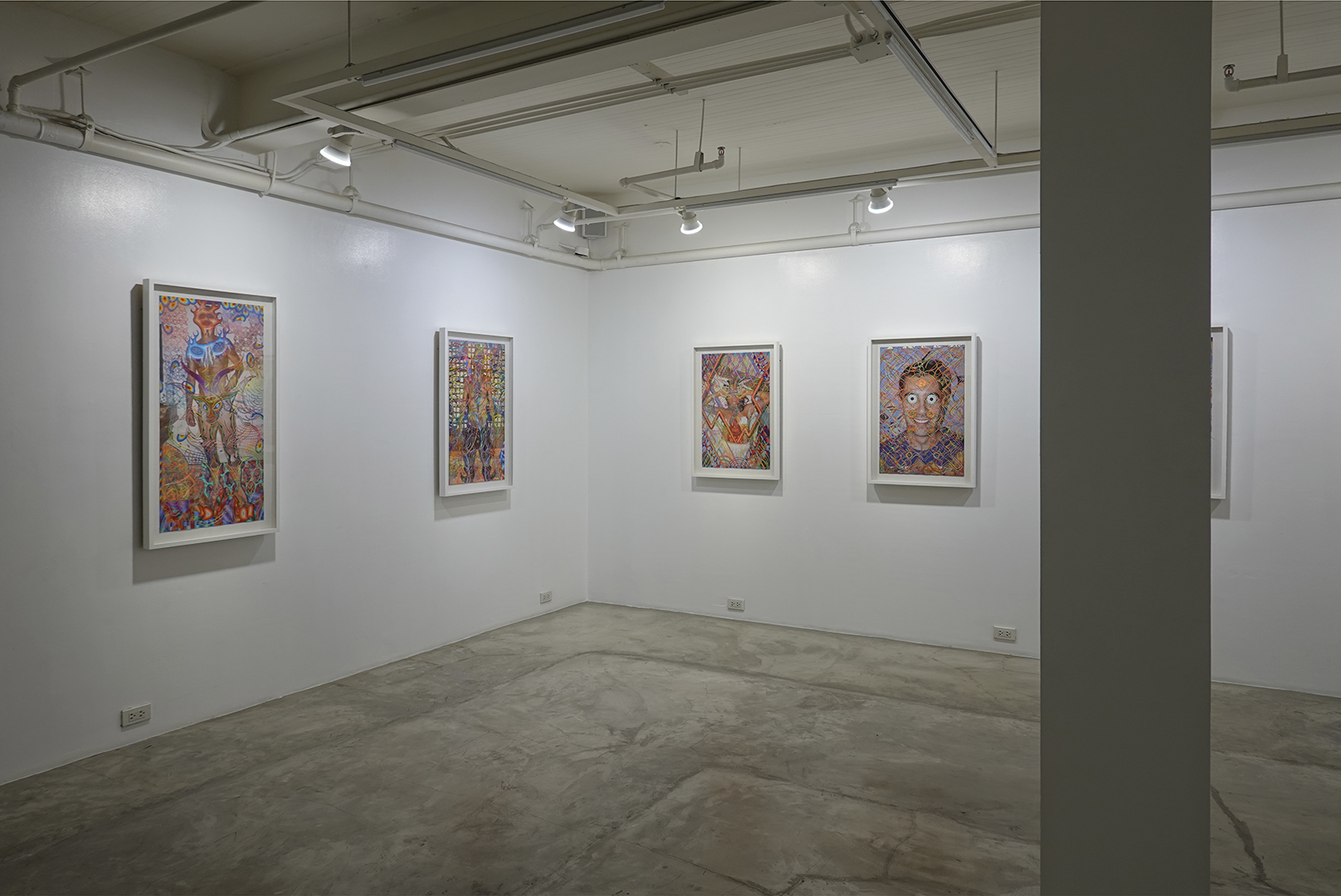 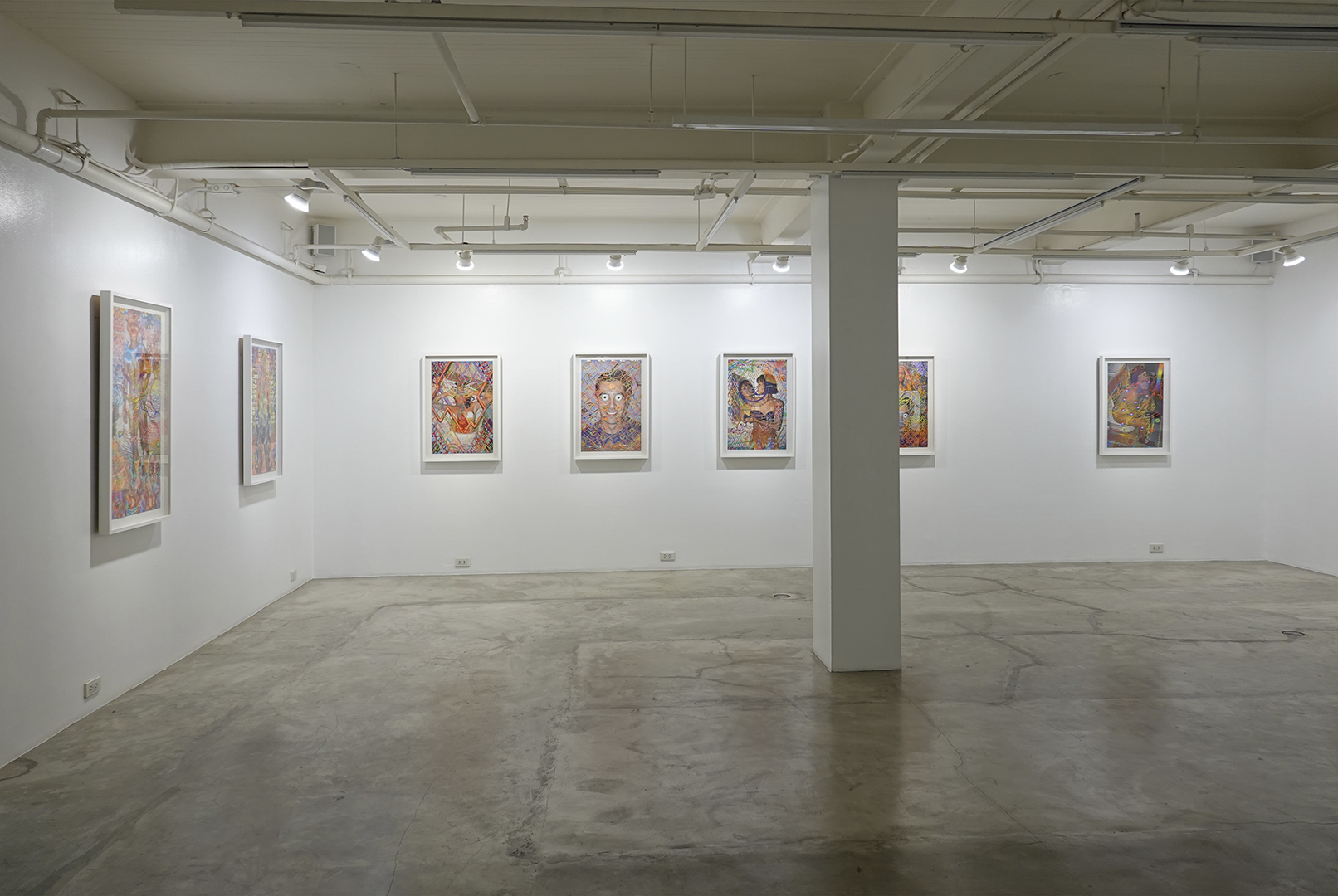 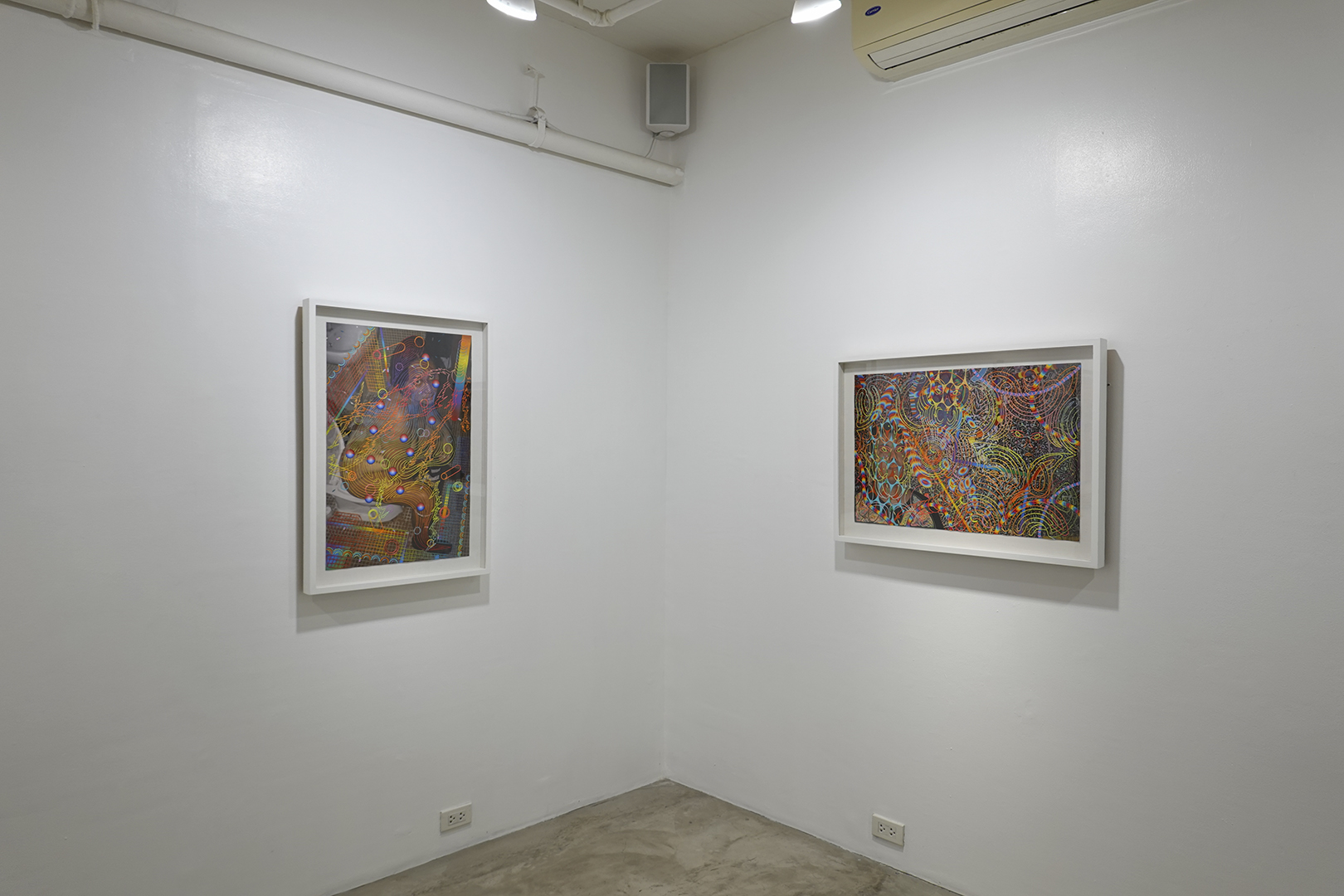 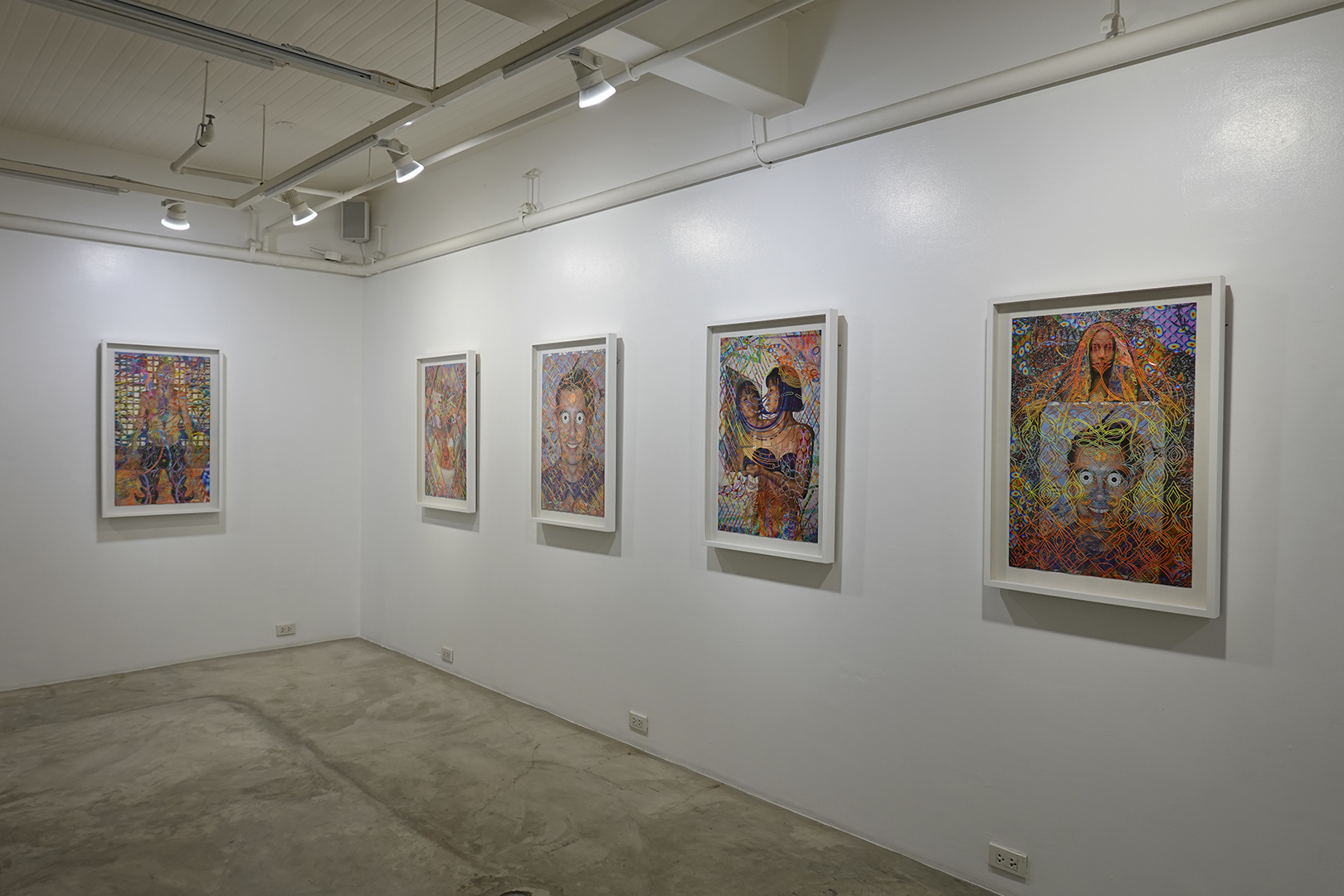 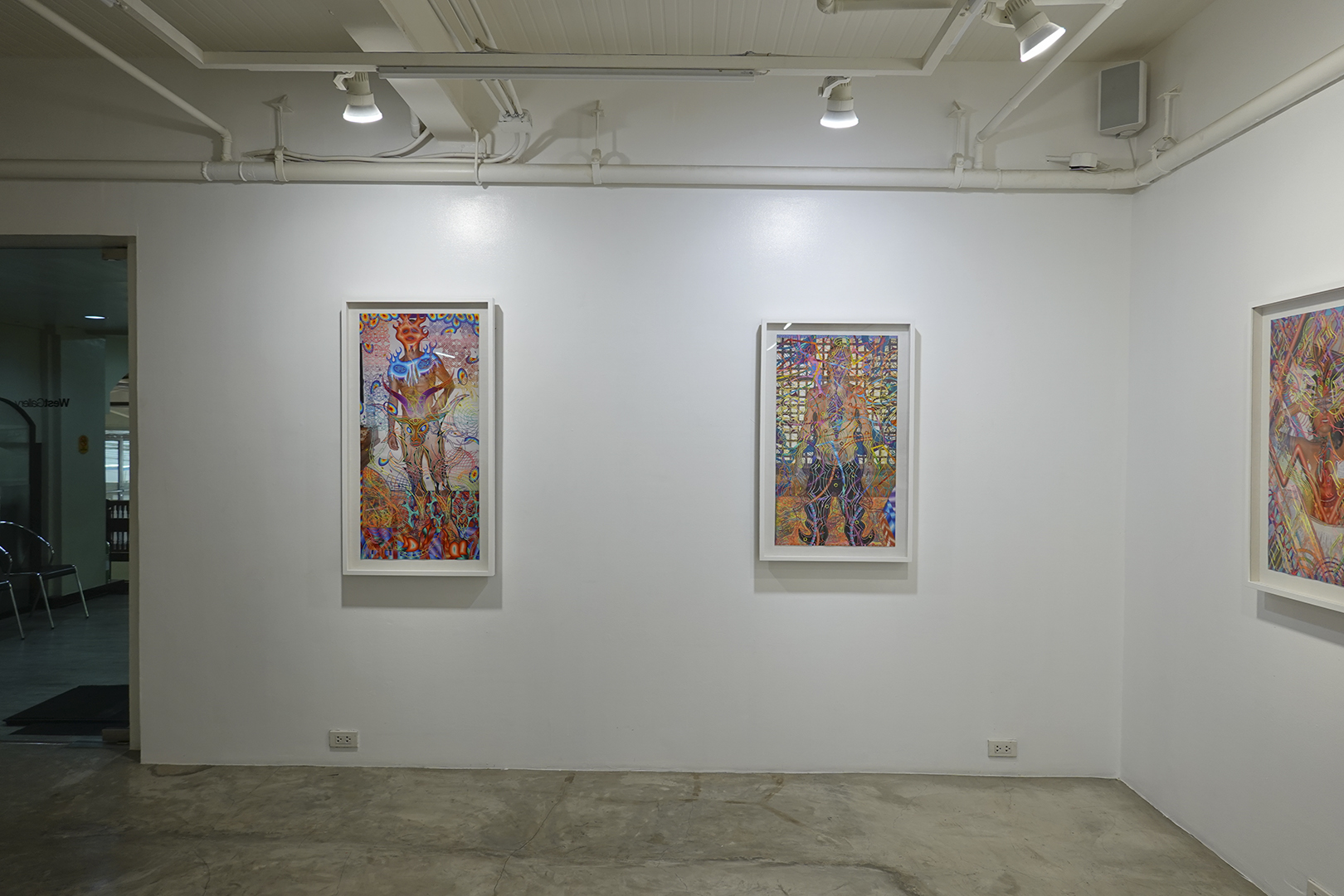 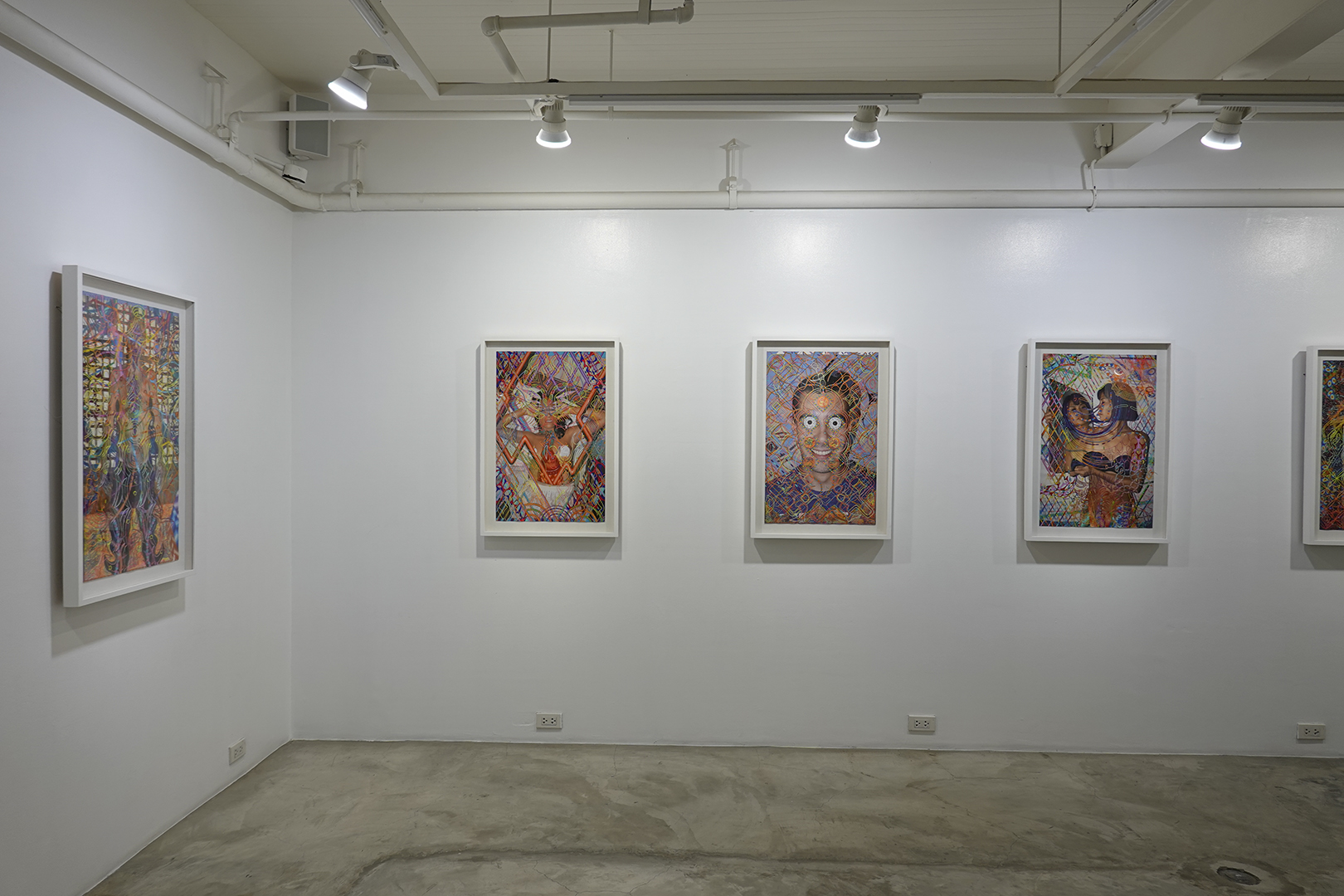 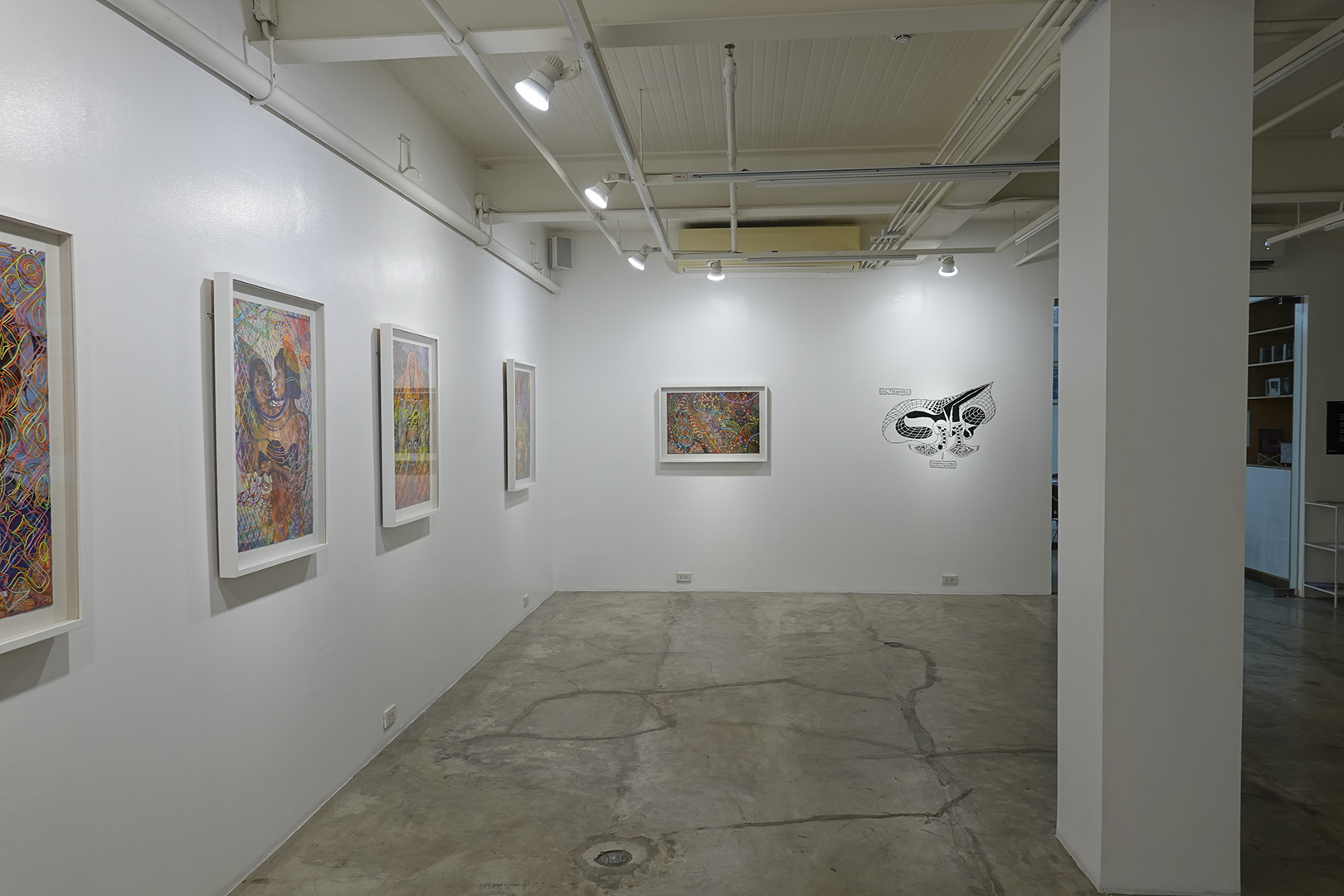 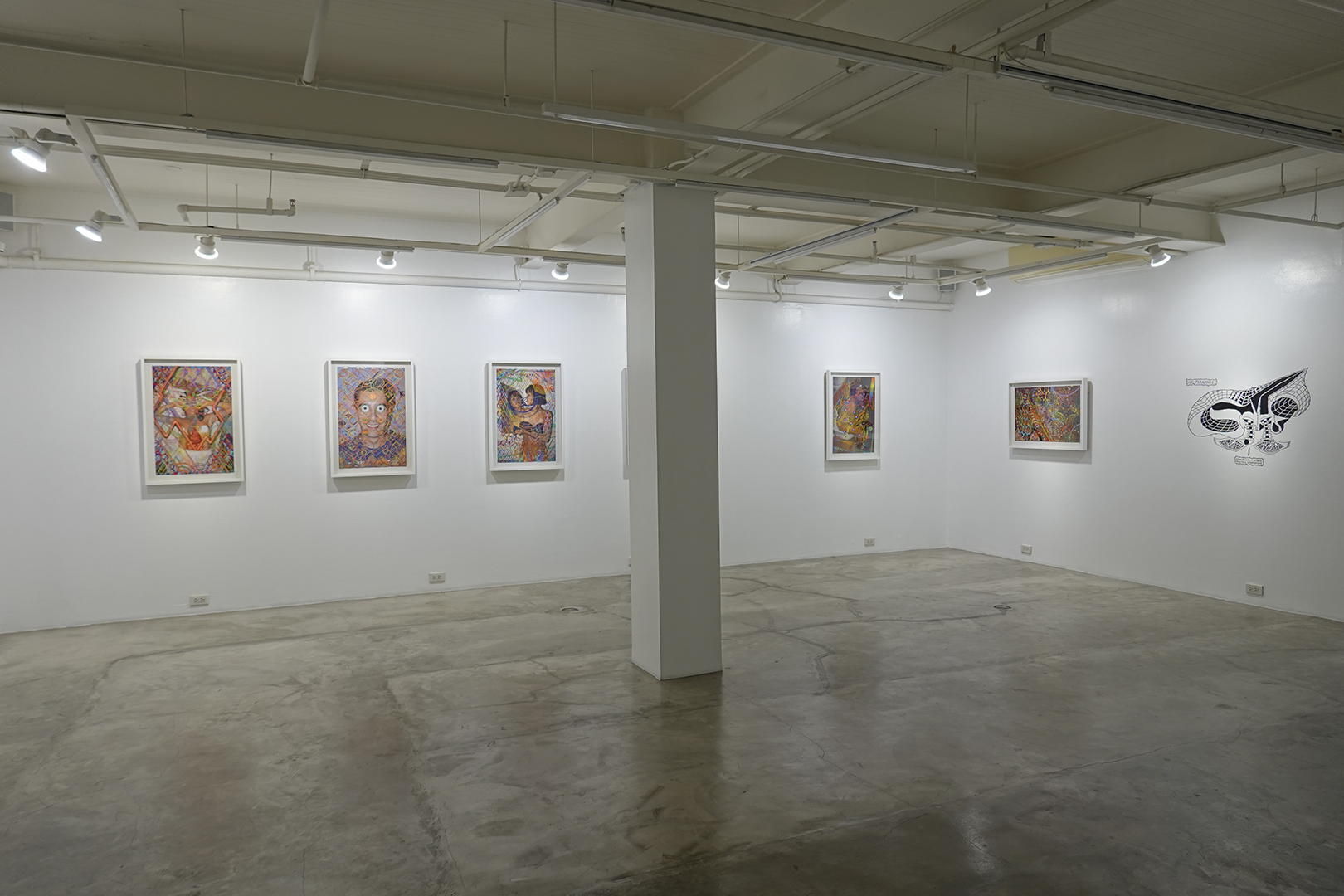