In Step 1 Step 2, Santos attempts to dismantle her neuroses by way of alternative therapy in the form of borderline obsessive and repetitive drawing.

Recalling her own struggles with anxiety and mood disorders, Santos approaches her art in a way that mirrors her approach to her mental health. For her drawings, something she started working on since February this year, she begins with a piece of found images, in these reproductions of vintage comics. She then carefully obscures most of the picture, rendering the original image unrecognizable.

Instead of stopping there, however, an itch to create surfaces.

And so begins the process of busying herself with the intricacies of her drawings: a focus on graphite instead of her sadnesses.

What began as a way to reign in her feelings and avoid reliance on medication has evolved into the vehicle that carries her need to prove herself as a young artist. Although Santos has showcased her illustrations prior to this show, a lot of them have been supplementary to bigger pieces—parts of a much bigger whole. In Step 1 Step 2, they’re afforded their own spotlight, alongside three paintings that are more resonant with her earlier work and favor for color.

A large part of the exhibition is a series of drawings comprised of  160 iterations of the same elements: an existing image partially covered up by a thin, off-white/cool grey layer, and then followed with ambiguous images drawn over the newly-blank slate.

As much as Step 1 Step 2 is an exploration of new directions, it is also a peek into the process of recovery. By shifting the focus from anxieties to drawing shadows, Santos has found a way to expel them, making something new. What was intended to be an attempt at minimalism becomes a story about layers: the urge to cover up existing details then gives birth to the desire to create a different story. The resulting image, rather than being robbed of its character, becomes richer, instead.

Aside from providing much needed catharsis, Santos aims for her art to serve a bigger purpose than trying to get a hold of her wayward emotions. Step 1 Step 2 is not only the result of experimentation or an explosion of feelings. It has also become a visual journal, documenting Santos’ own state in flux, as reflected by the change in the characteristics of her drawings. 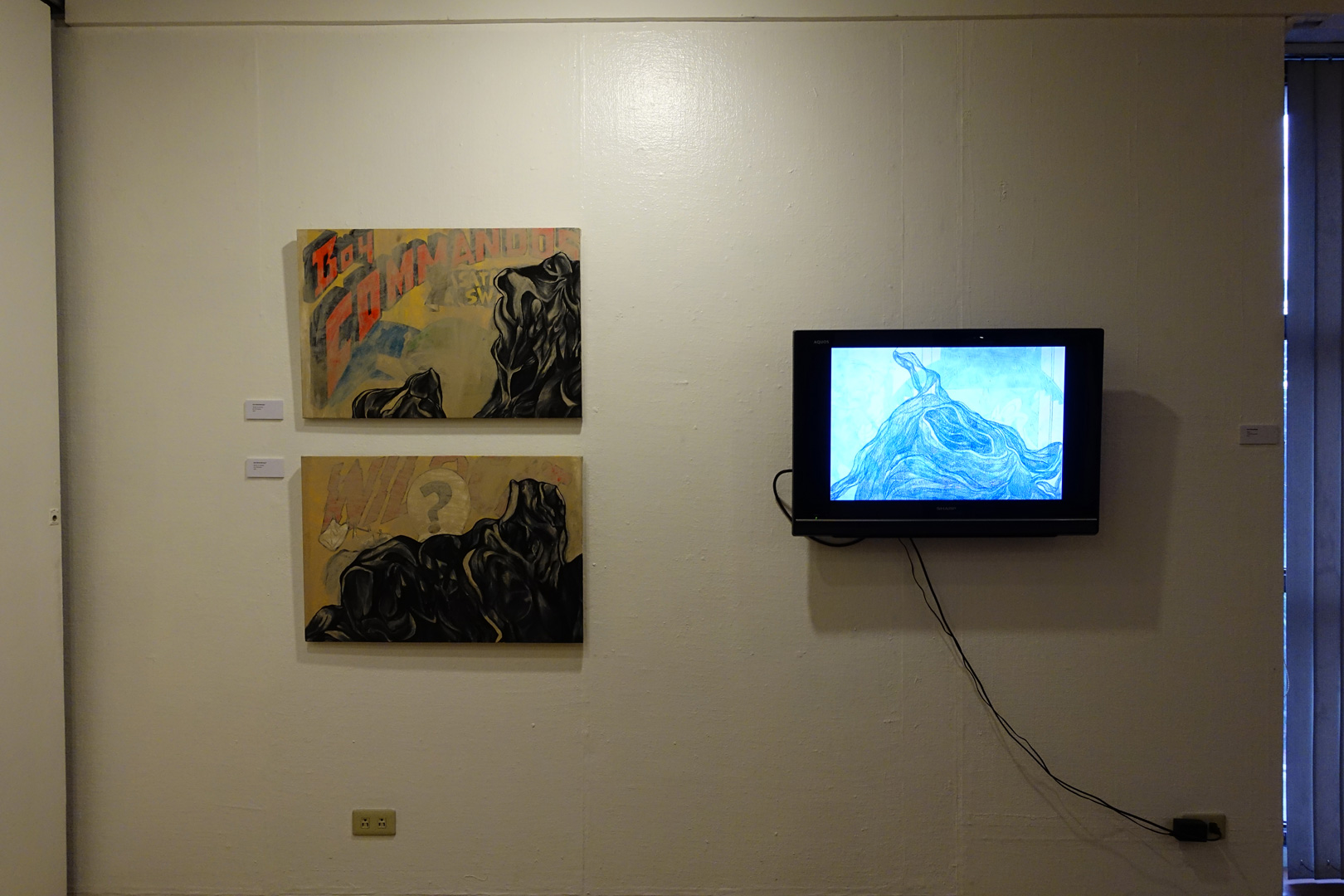 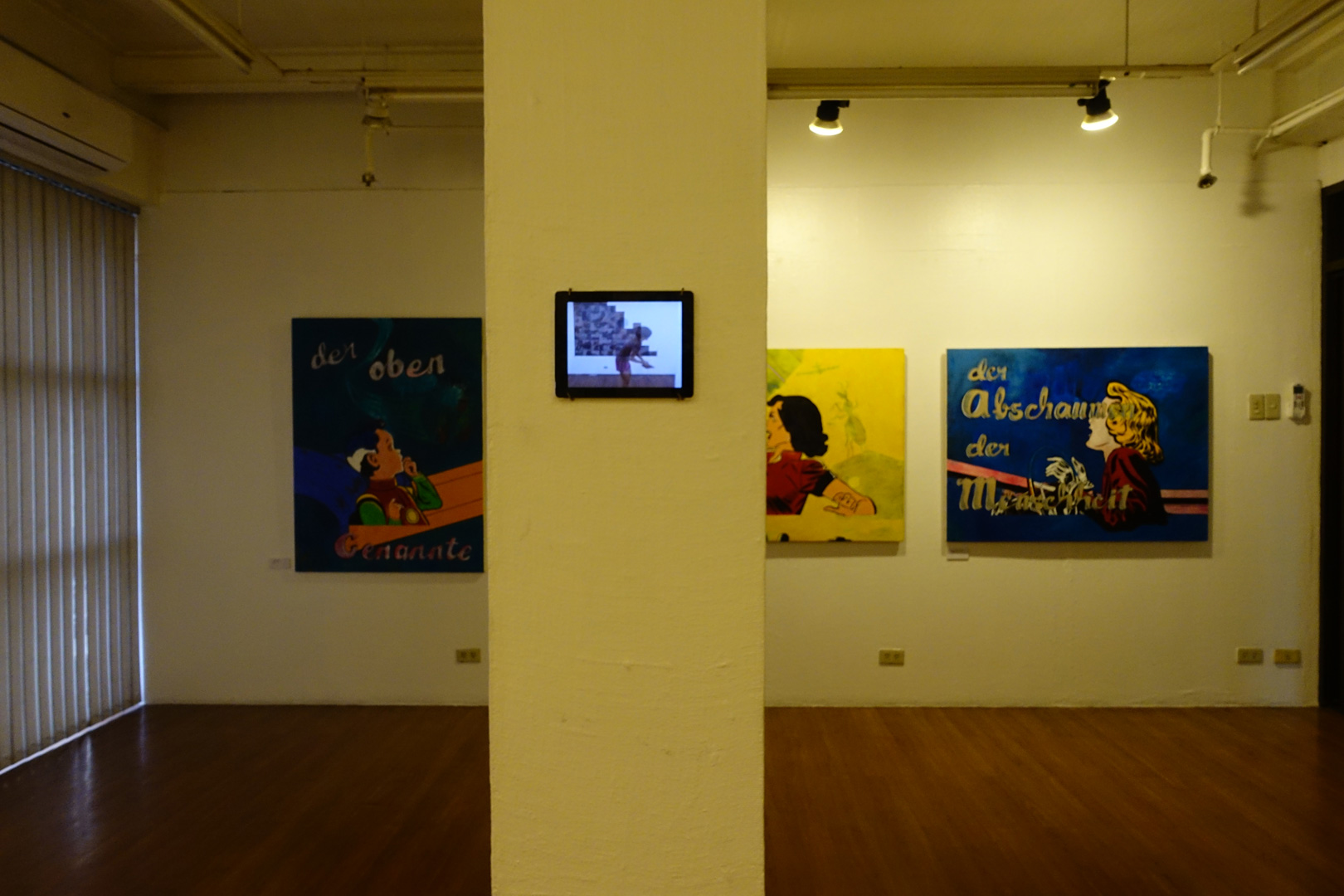 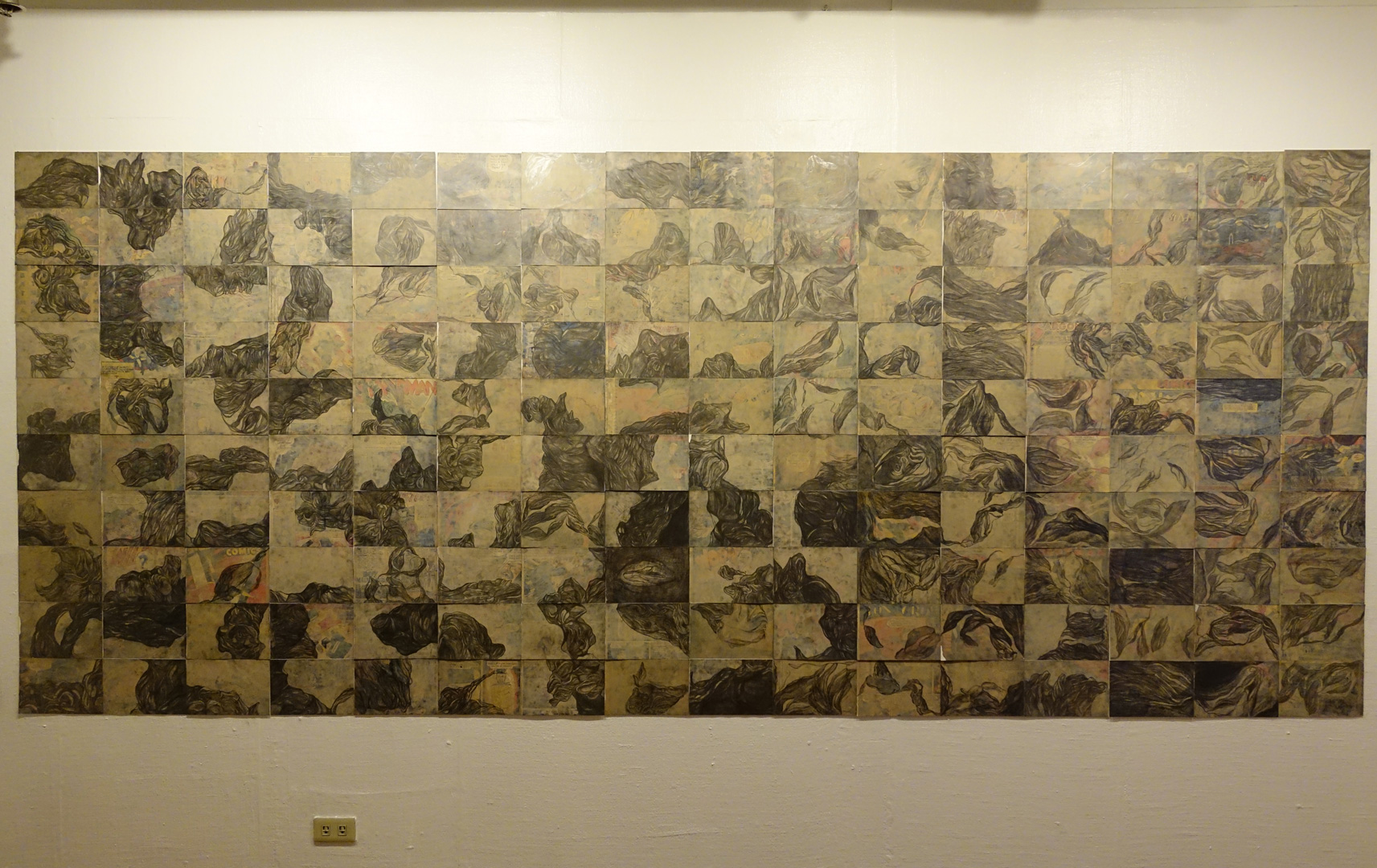 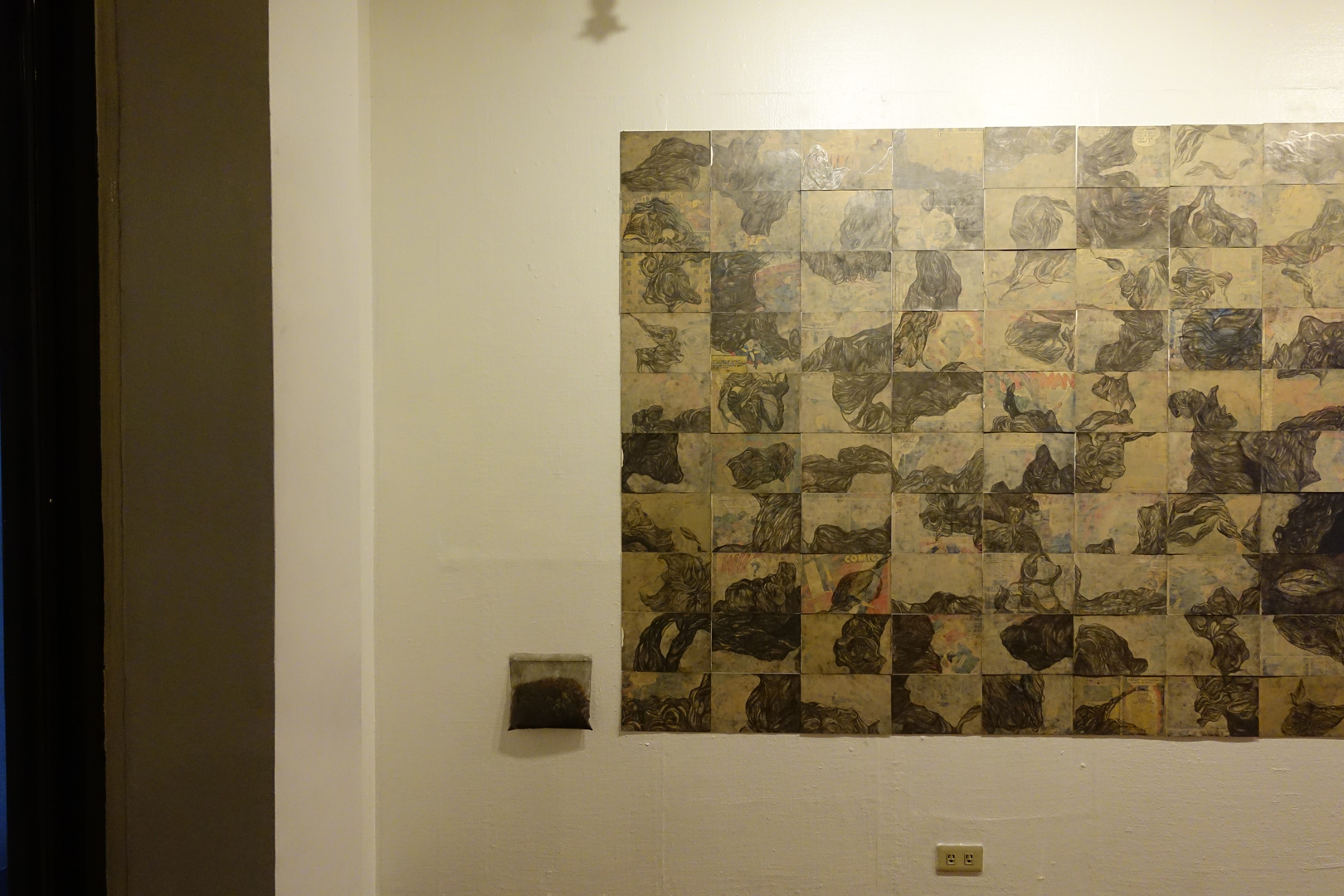