SEMIOTICS OF THE SAKAL

The identification of the significance of an object or image is not a one-way process but a multi-layer dynamic between the object or image and the viewer as influenced by their background and milieu.

This conceptual installation art, titled SAKAL, is an invitation to critical thinking: how does text (whether language, images, or objects) generate meaning? The installation is also an invitation for self-reflection on the process of meaning-making. How do we comprehend or attribute meaning? Is it in relation to our personal histories? Can there be a universal or natural meaning?

Unlike language, we often think of images or objects as transcendent of cultural boundaries, that they carry a possibly universal meaning given the notion that we all see the same images or use the same objects, there may be slight variations but the ‘representation’ is the same. But is this true? This installation is a challenge to the oft-considered notion that every image has an intrinsic meaning. The meaning we assign to an object or image is other to what it literally is.

Sakal is a local word for yoke, a farming implement used in initiating untrained animals to service. It is also a word we use to mean choke or to choke. In other cultures, however, the yoke can carry many different meanings. In ancient Italy, defeated enemies were forced to pass under a yoke made of spears as form of humiliation. For the English, the yoke symbolizes a form of bondage, an oppressive contract between the peasants and the landlords under Feudal England. But it can also mean being linked or joined together by marriage, as used in the Bible.

This installation of more than a hundred yokes stacked on top of each other, uses both the object and the word to emphasize the relationship between the signifier and the signified; that which carries or produces meaning and the meaning itself.

As a personal statement, the artist believes that Art in the Philippines can sometimes be stifling to new or up-and-coming artists: Mentors and art establishments yoking the initiates like untrained animals to conform to the ‘meaning’ produced by the status quo. There can be no one true meaning because we all have different narratives to tell. 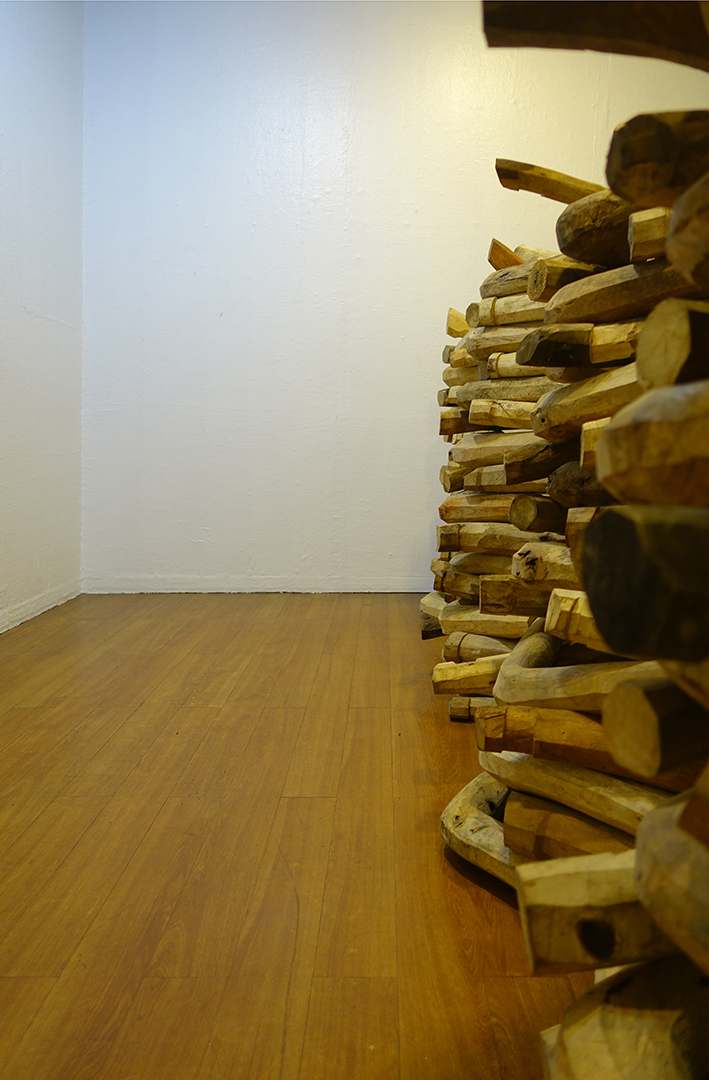 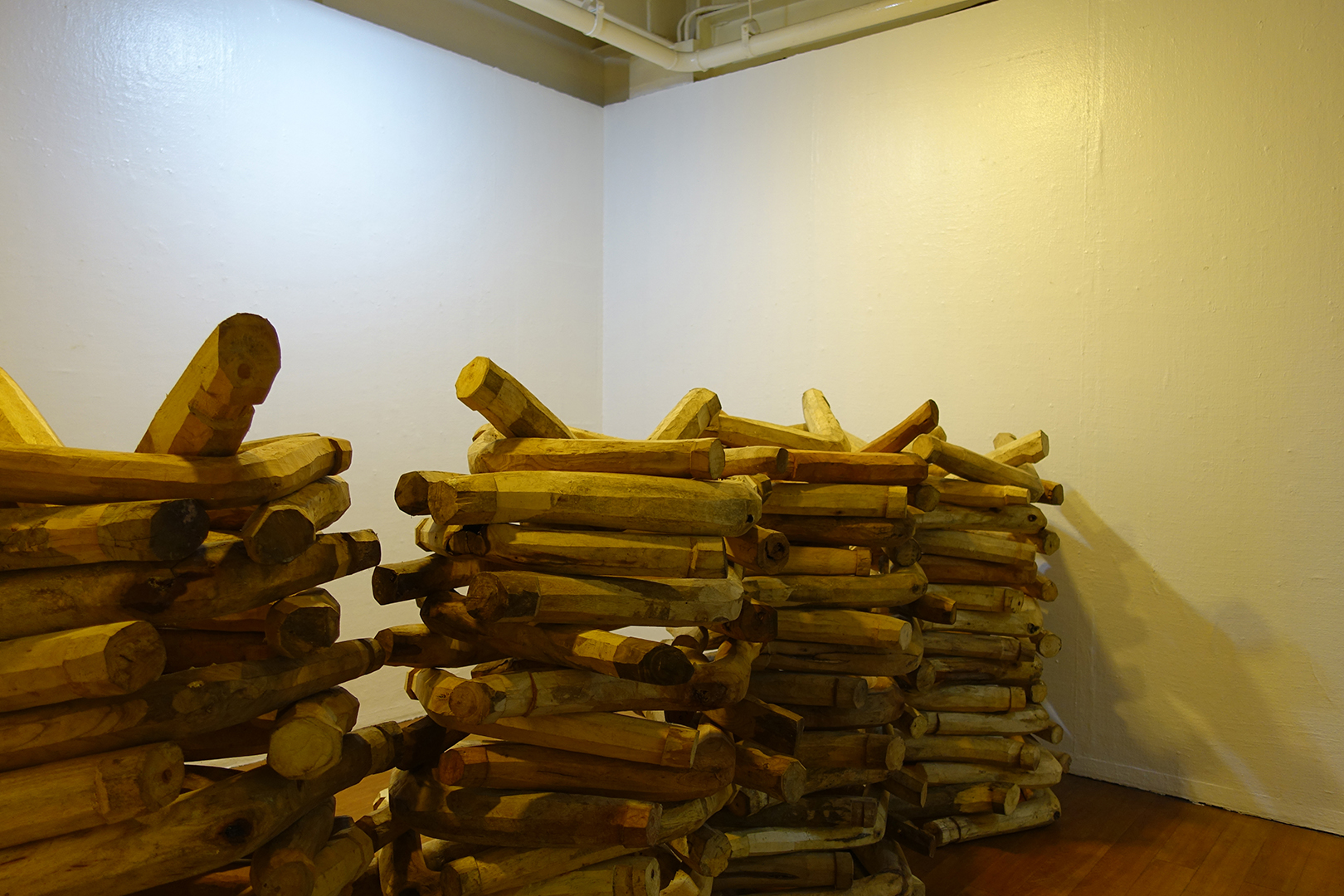 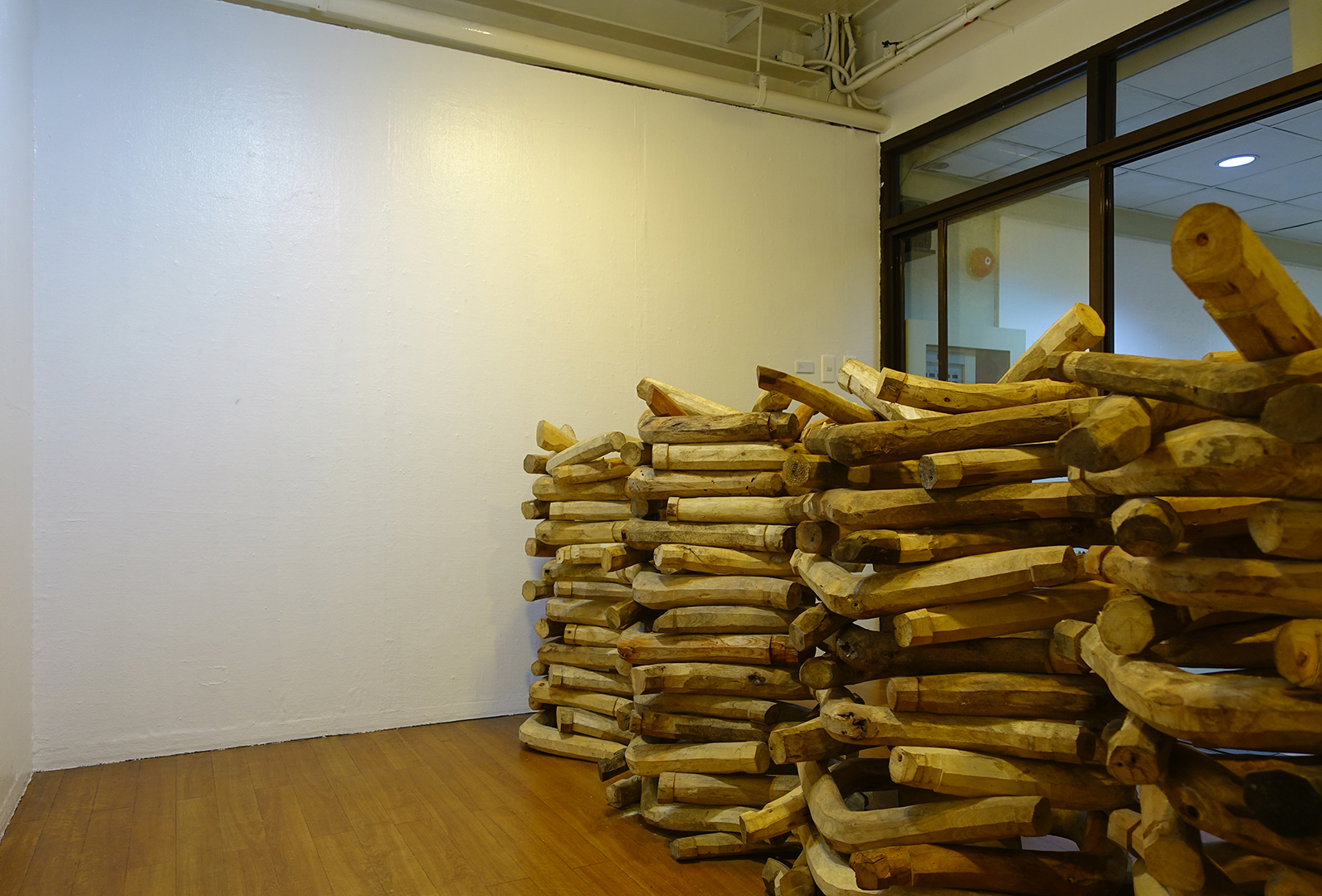 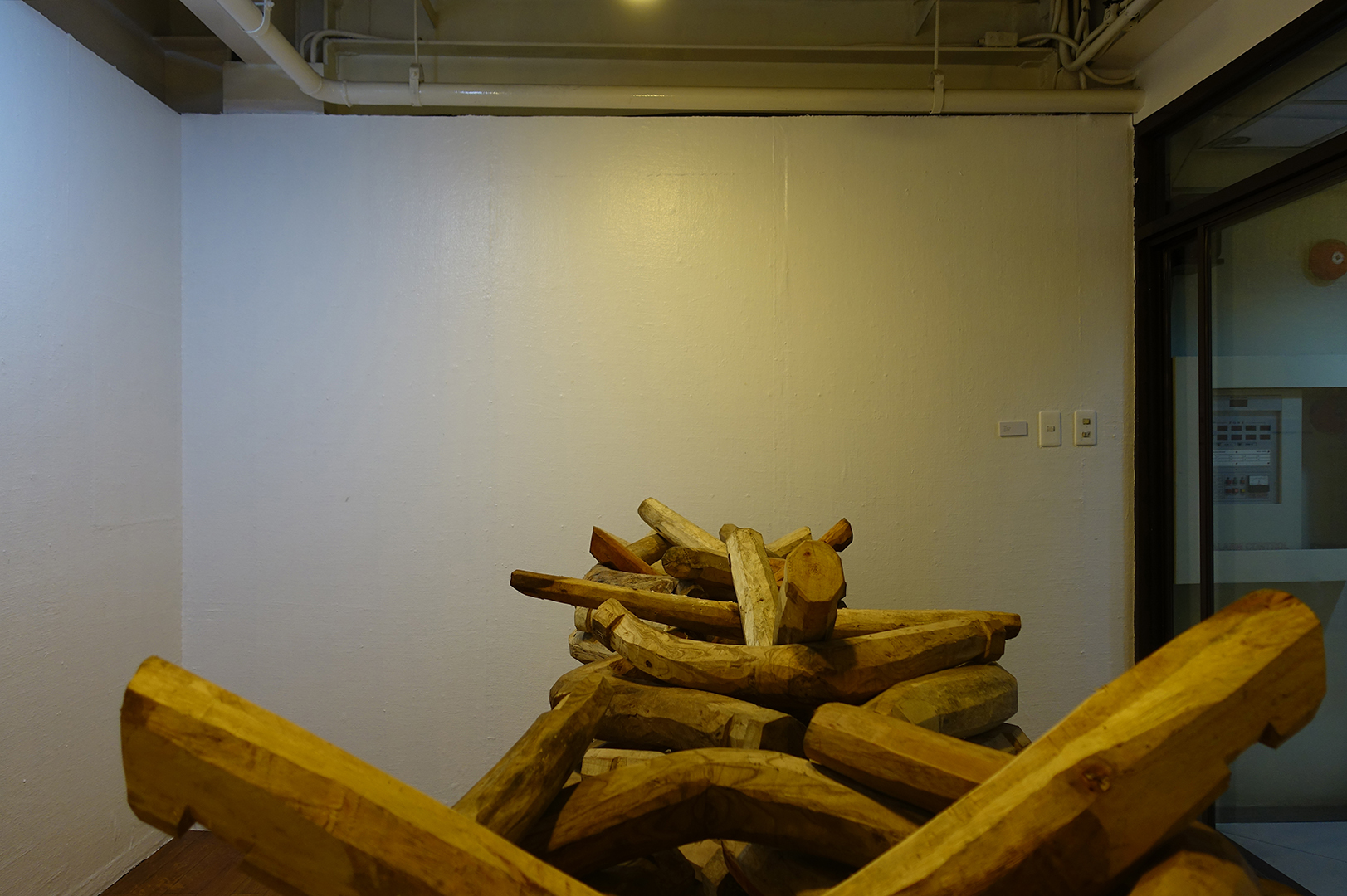 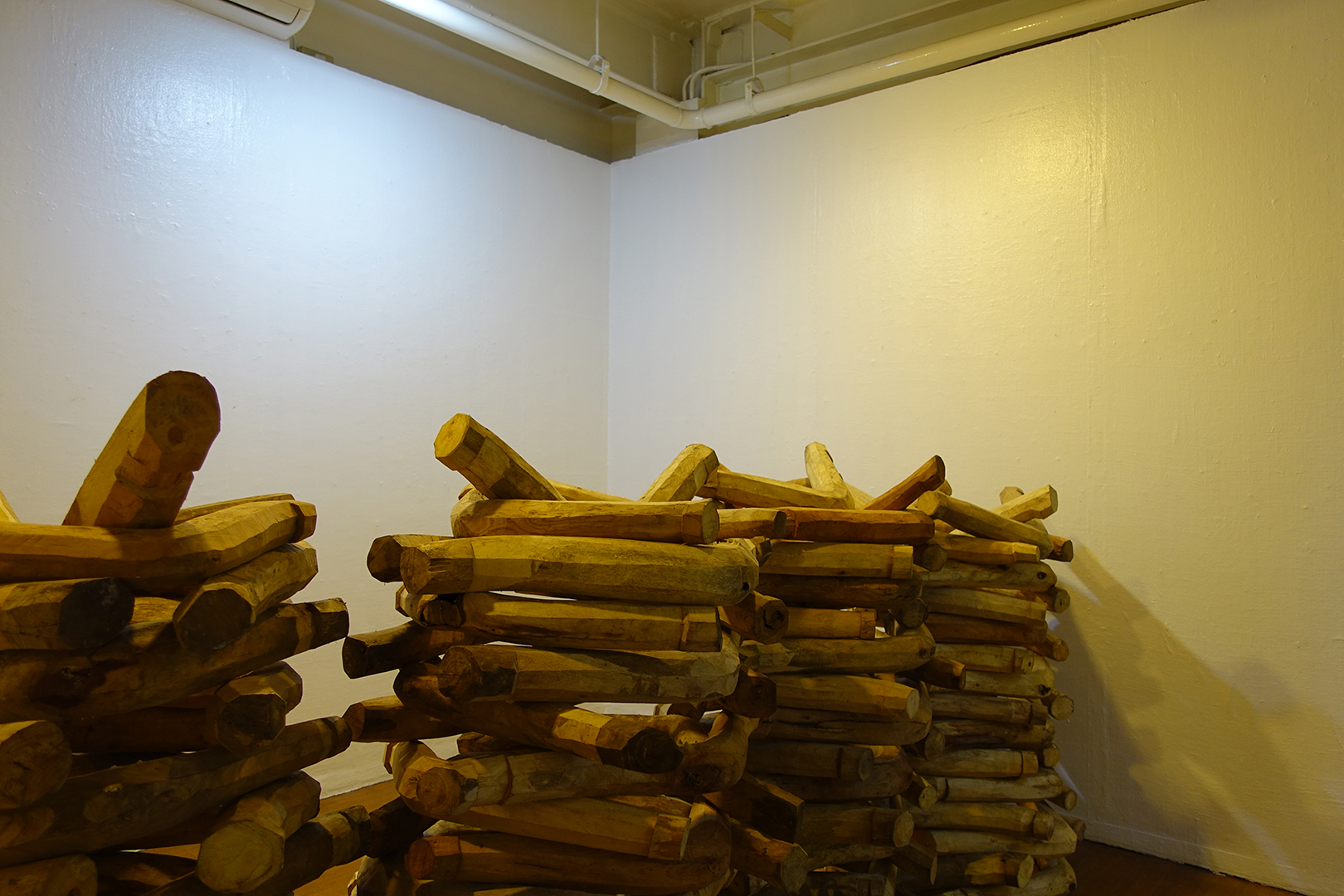 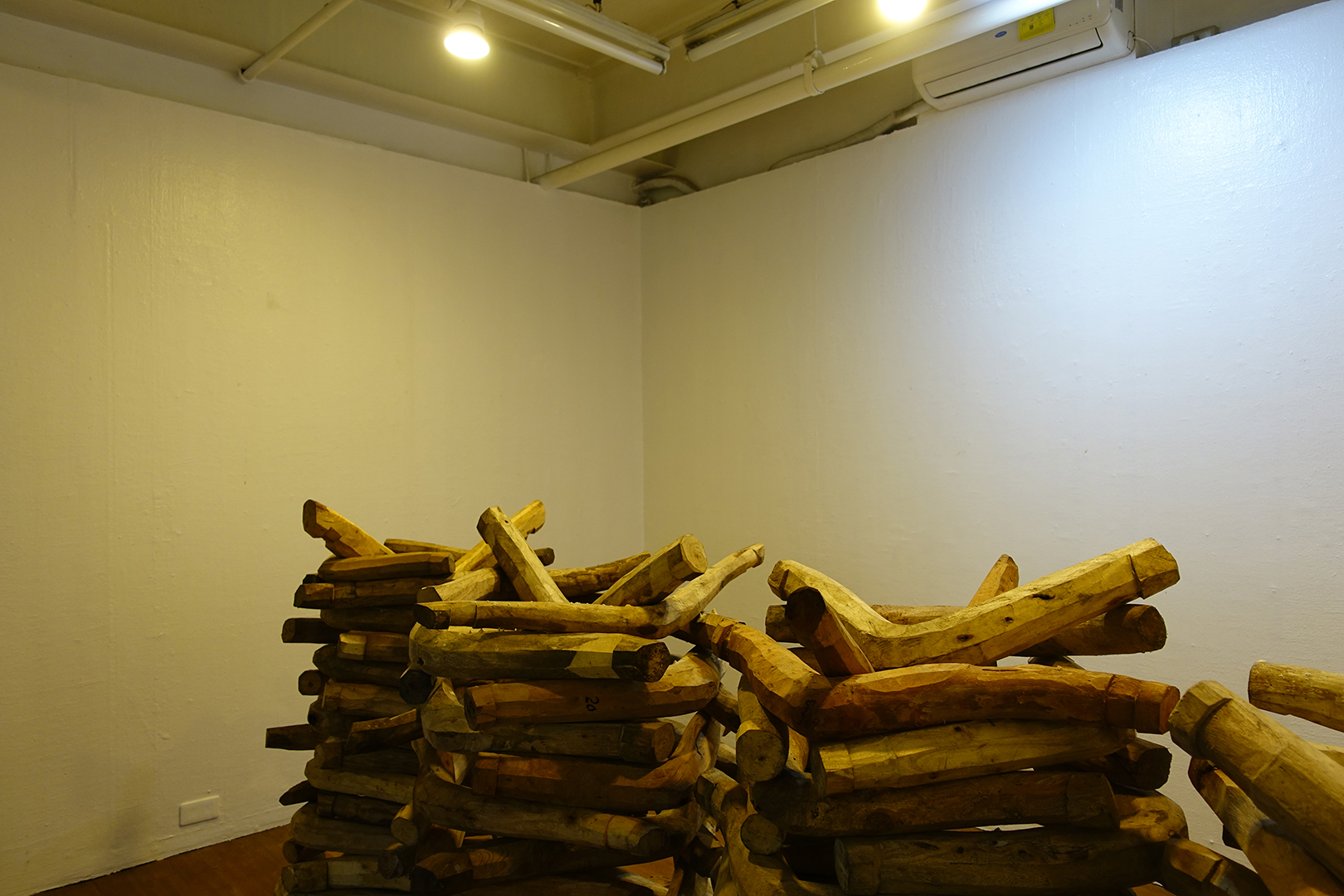 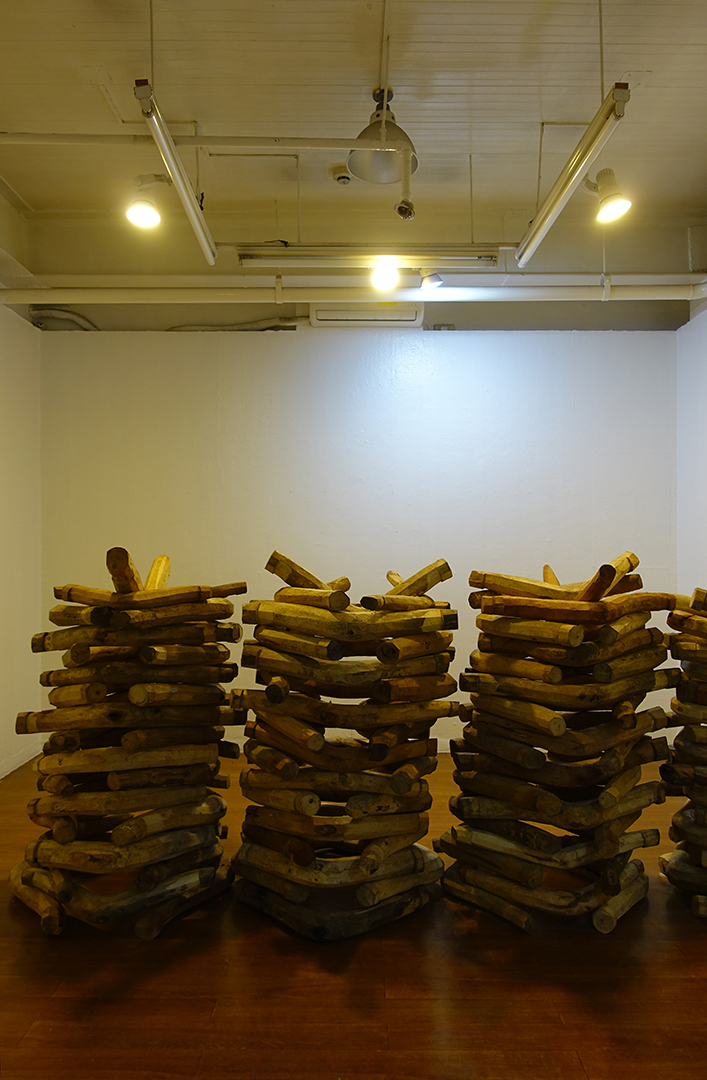 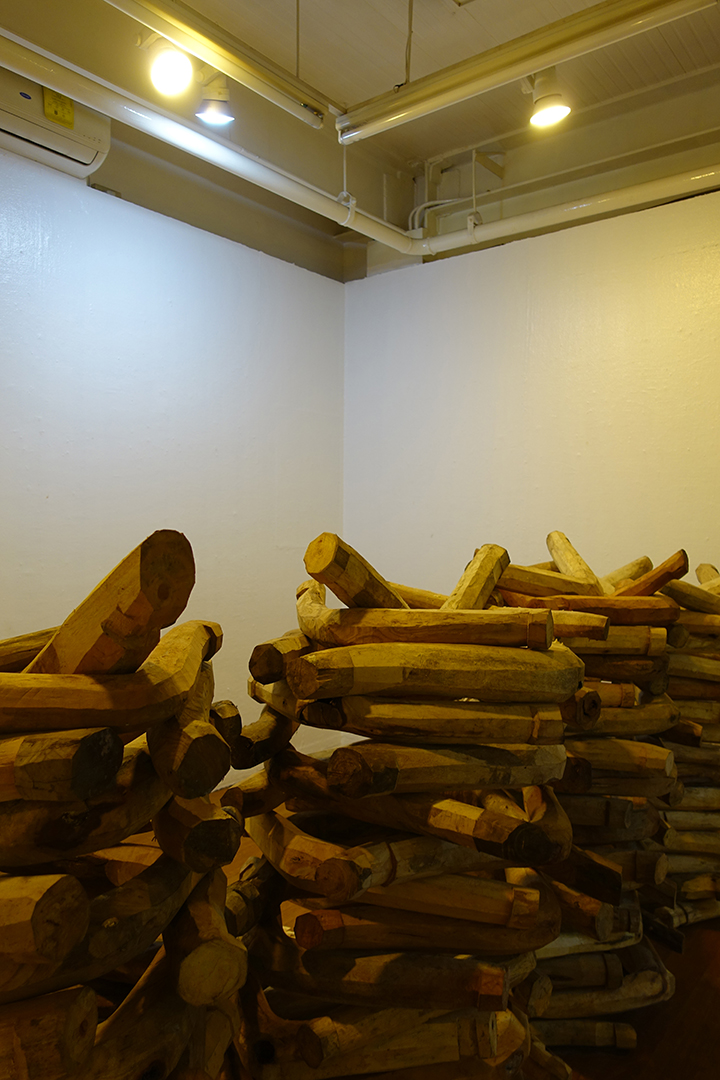 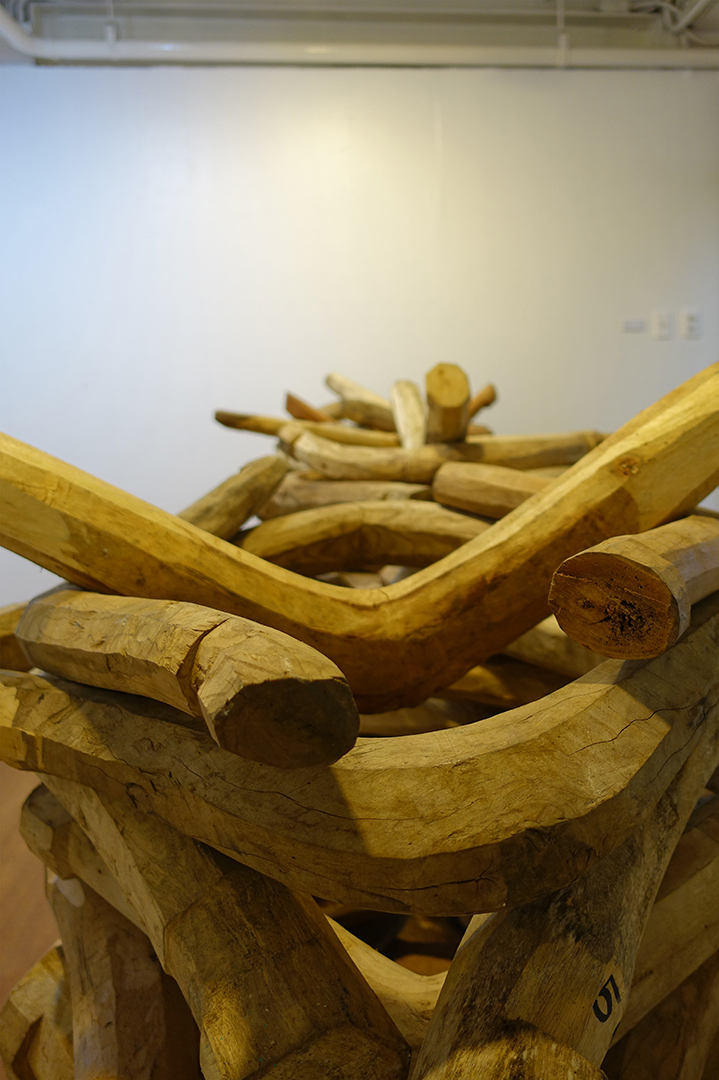