But Where Do We Put It?

In The Art of Looking Sideways, Alan Fletcher writes, “The person you love is 72.8% water,” a sobering perspective that equalizes humanity. As this statement posits, water is everywhere, and is as much a part of the person you sleep next to, as it is of oceans and your afternoon tea. It is around us enough that it’s easy to dismiss or forget about. But where do we put it? a group show by Kristine Caguiat, Paulina Ortega, and Carina Santos, explores the many ways that water affects us: as both a physical, foundational part, and as something that, quite literally, surrounds us.

In Ortega’s graphite and watercolor pieces, she expounds on Fletcher’s observation and looks into the tidal phenomena that occur within people. She attempts to chart the ebb and flow of these inner waters and their consequential influence on the mind and body.

How do our waters shift along with the moon’s gravitational pull? Does the water in our bodies ebb and flow or get pulled along the currents of our emotions? What would these movements look like, uncontained? Ortega attempts to answer these questions by pairing hyper-realistic graphite drawings of the human body, consumed and obscured by water-like abstractions that are meant to describe these phenomena.

In attempting satire, Caguiat delves into water’s properties of self-containment and polarity by providing a glimpse of a singular moment in time. These snippets are seemingly wrought with emotion, but only at first glance. In “Temptation on Weekend,” an acrylic painting of a comic panel, there is obvious tension (or passion), but only on the surface. Further inspection provides a tongue-in-cheek commentary into a private dialogue; a vacuous exchange that is both frivolous and shallow. Caguiat juxtaposes various mediums in an attempt to illustrate particular instances, only to let them go abruptly in favor of a comedic exchange. By using bodies of water as a contextual setting—a pool, a beach and a lake—it becomes apparent that the most abundant self-containing resource cannot even be held with two cupped hands, a point illustrated in her work “Bruiser,” which serves as an ironic statement to be said of the human body, which itself is made of so much water.

The scope of Santos’ exploration goes beyond containment within the human body, hinging her work on the notion of water as both distance—in the form of literal oceans that span the space between continents—and as the actual matter that connects us to each other and tethers us to everything else. Water, in all the forms it takes, is still matter, and all matter is barrier. This thought presents a dichotomy of water as a free-flowing substance that takes the shape of what contains it, and water as something that physically separates—from a molecular level to something much larger than our bodies—a barrier that keeps things apart.

In her “Condensations” series, Santos plays with ideas of space and distance by creating self-contained oceans, using photographs of deep water that are dismantled and scattered, floating in empty space but bound together, similarly contained within the sheets of glass. The unoccupied, negative space acts as a base on which the islands of water rest, creating a contained environment where there used to only be air.

But where do we put it? is ultimately a collection of observations on water in relation to the human condition. Water is the most abundant resource on earth, permeating oceans, the air, and our own bodies, yet its properties are singular, unique to us, in the known universe. — A.S.P. 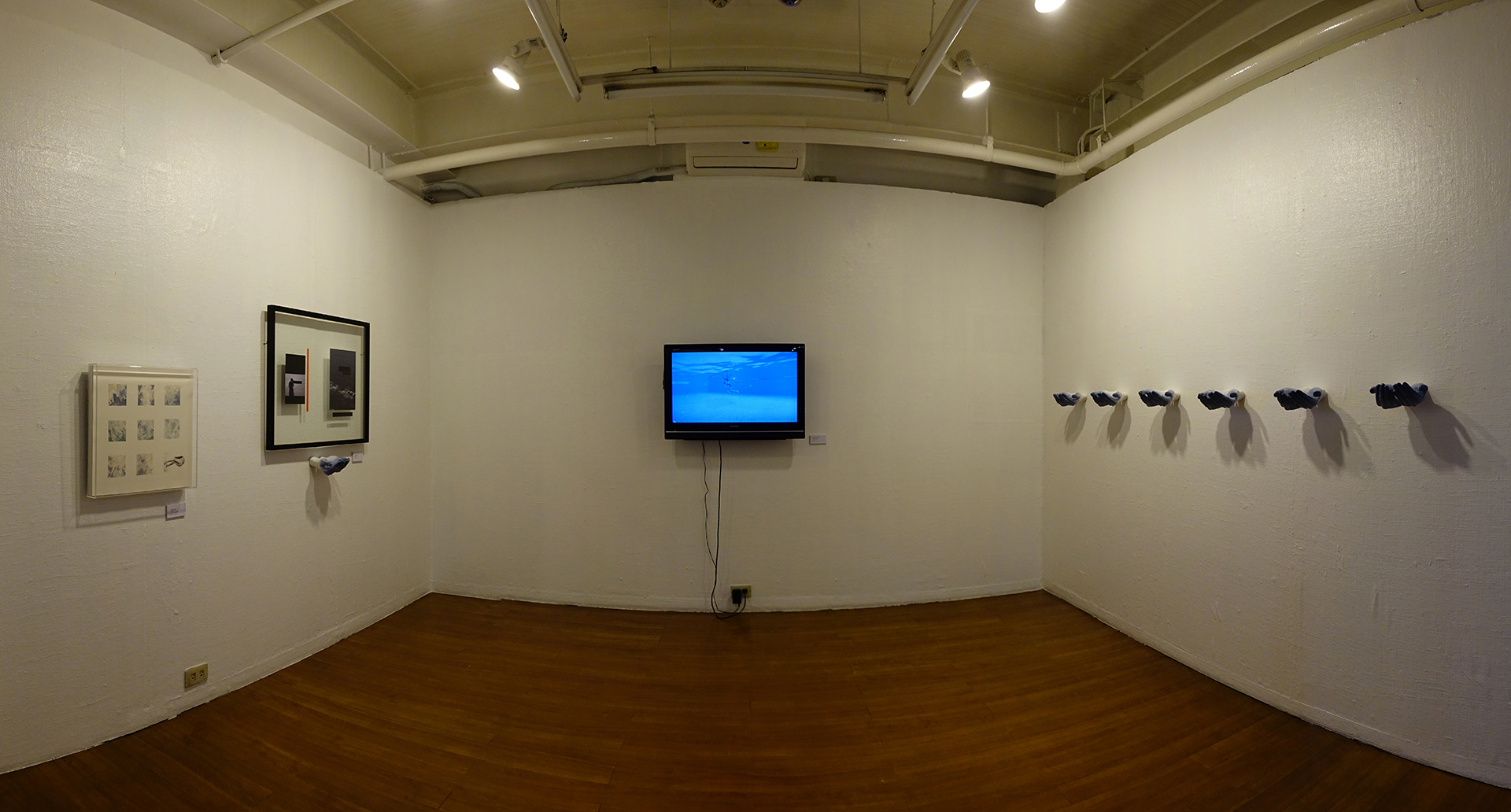