What constitutes a self, a recognizable identity? Is it something transfixed or, in the traffic of the everyday, must be performed and enacted in order to be made manifest? Does the self reside on the aristocracy of the face, or throughout the entire body? Is the self separate from the body, or is it the body itself, animated?

In Person, Neil Pasilan’s solo exhibition at the West Gallery, this notion of personhood is multi-varied, fugitive, not easily quite captured. In some works, it is nebulous and ghostlike—a black silhouette (or a group thereof)  haunting an equally bleak world of the canvas. In others, it is expressed into the dynamics of the face, with eyes and mouths registering emotion. In one piercing piece, it is portrayed into recognizable portraits,  a trio of children peering through the blasted portion of the wall, which reveals a fertile field. It’s alarming with premonition; it seems that harm is about to befall these kids.

This notion of person, certainly, can have a religious undertone, such as the Three-Person Godhood of Catholicism. In one powerful canvas, a Christ-like figure emerges on the left side of the painting, a crown of thorns hovering above his head. He is, of course, the devil, with his attributes of horn and serpent intertwining around his body. The ambiguity of his nature is made to deceive: evil masquerading as goodness. A gun at the center the canvas points at him. Christ branches out on the other side, recognizable and resplendent. At the bottom, men mill about, seemingly waiting for a confrontation of a grand, cosmic scale. This is a scene straight out of Revelation, as terrifying and as bracing.

We are, Pasilan seems to be saying, in different states of personhood, against uncharacteristic, surreal realms or shaped by our environments, including, using the title of his previous exhibition, by our “precious province.” The self may reside in the world but may not be of it. The self may only be expressed by the most intense avowal of an inner state. Or it may appear, like a flash of light, across a face.
At his best and with the fiercest of instincts, Pasilan apprehends a self in its most primal, volatile state. His “person” is not the one affixed in a photograph, gazing squarely at the viewer, but something essential and mutable—the soul before birth. His shamanistic imagination inspires terror charged with an electric kind beauty. Hairs on our skin rise as if triggered by static. The face, after all, could be our own. 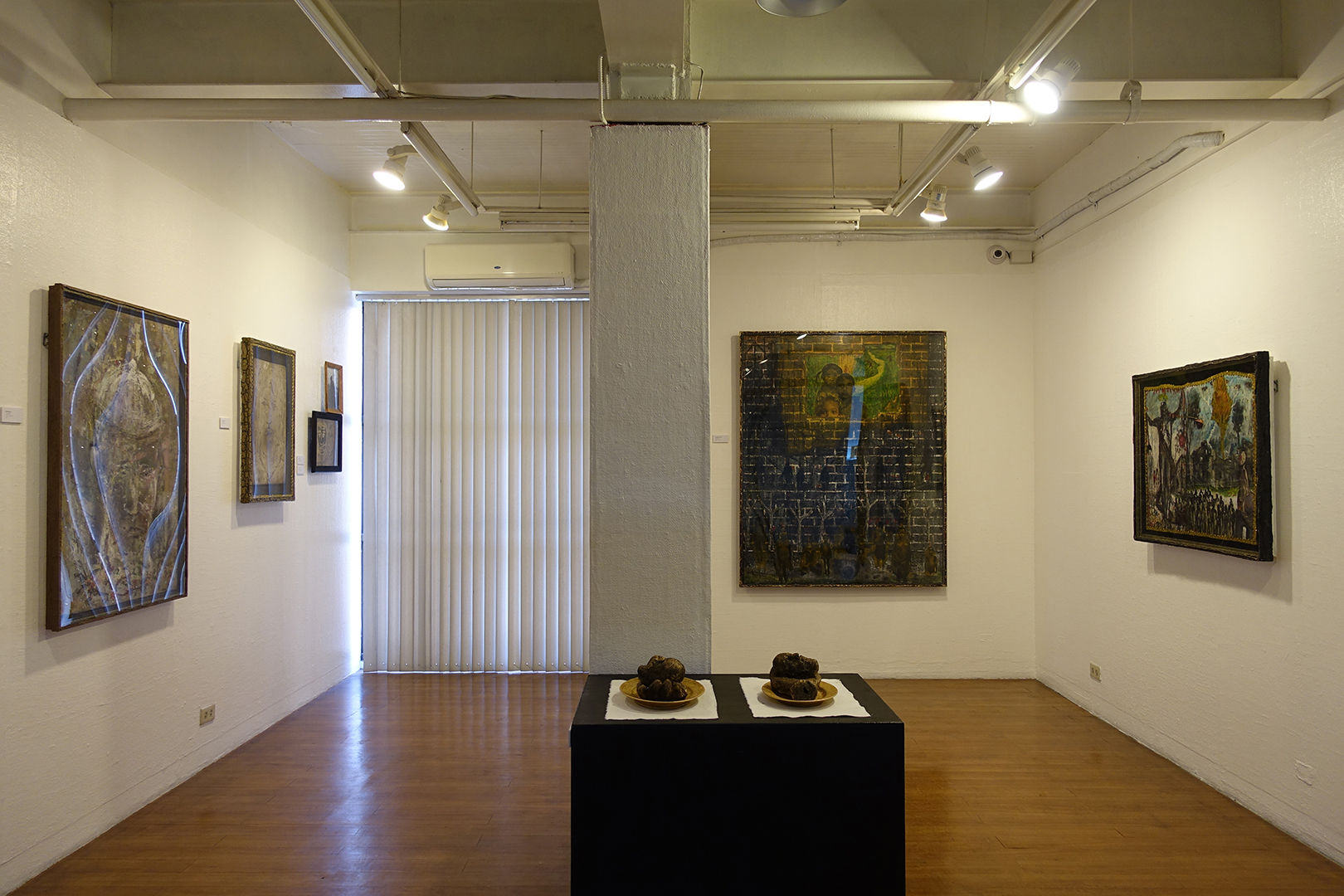 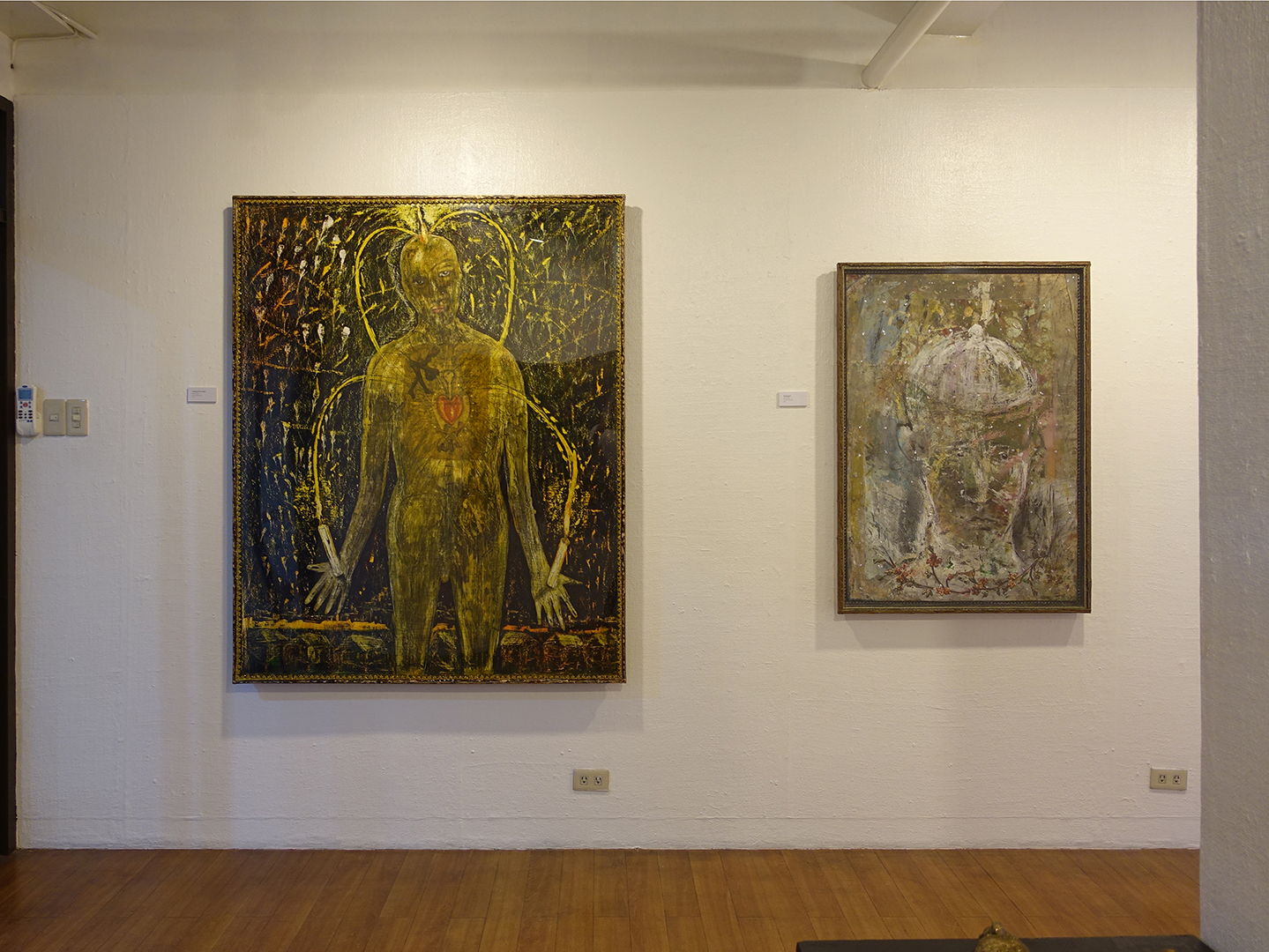 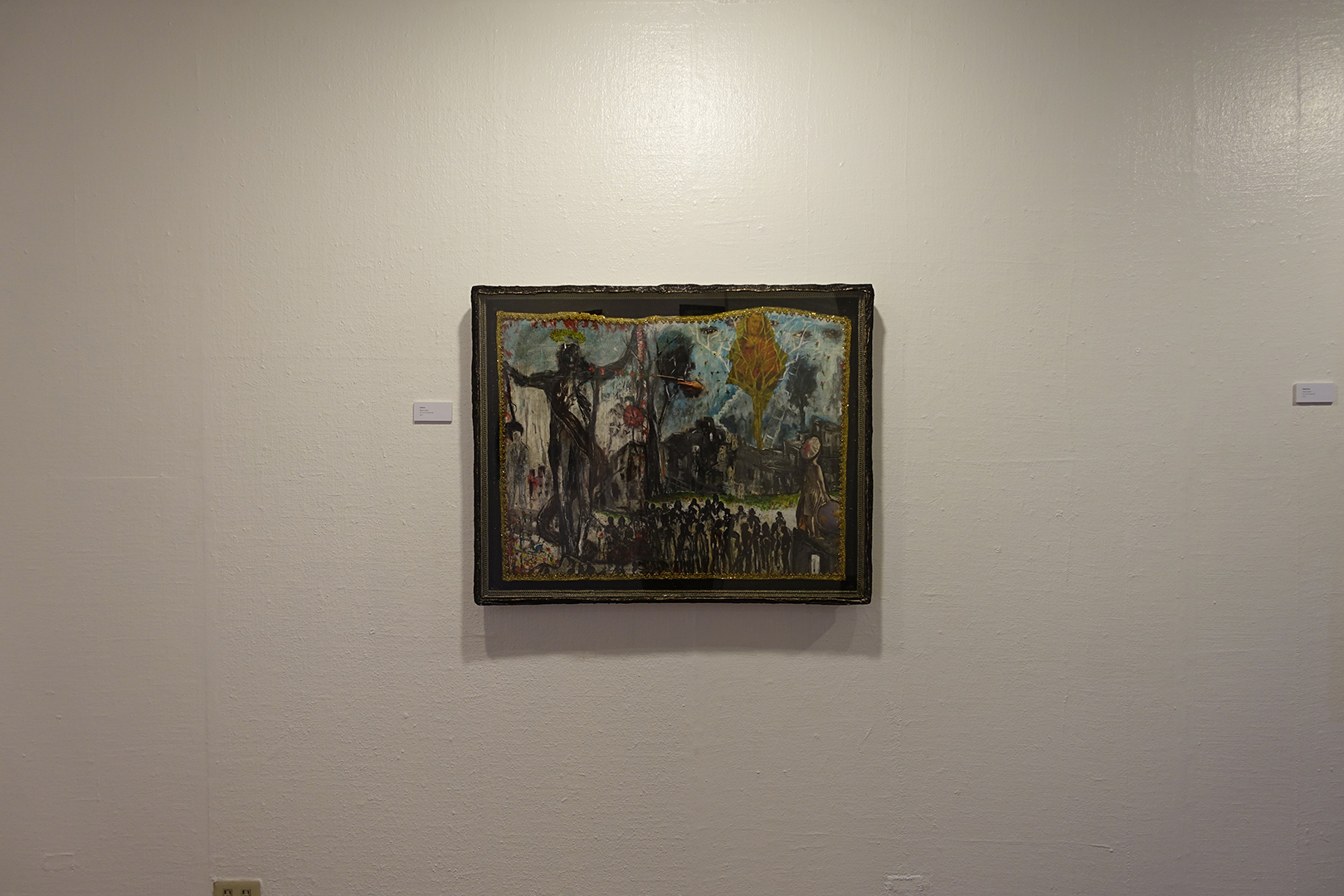 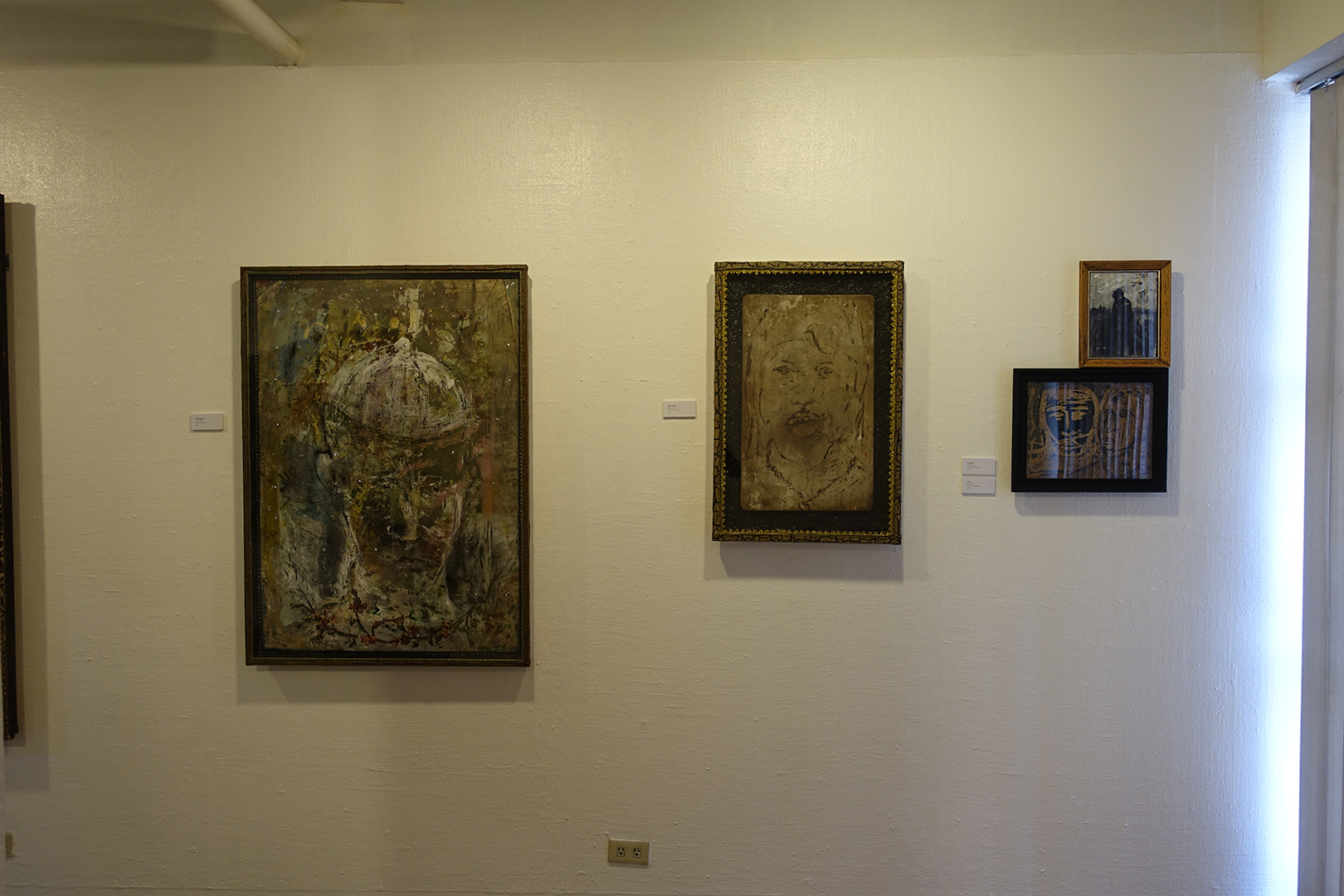 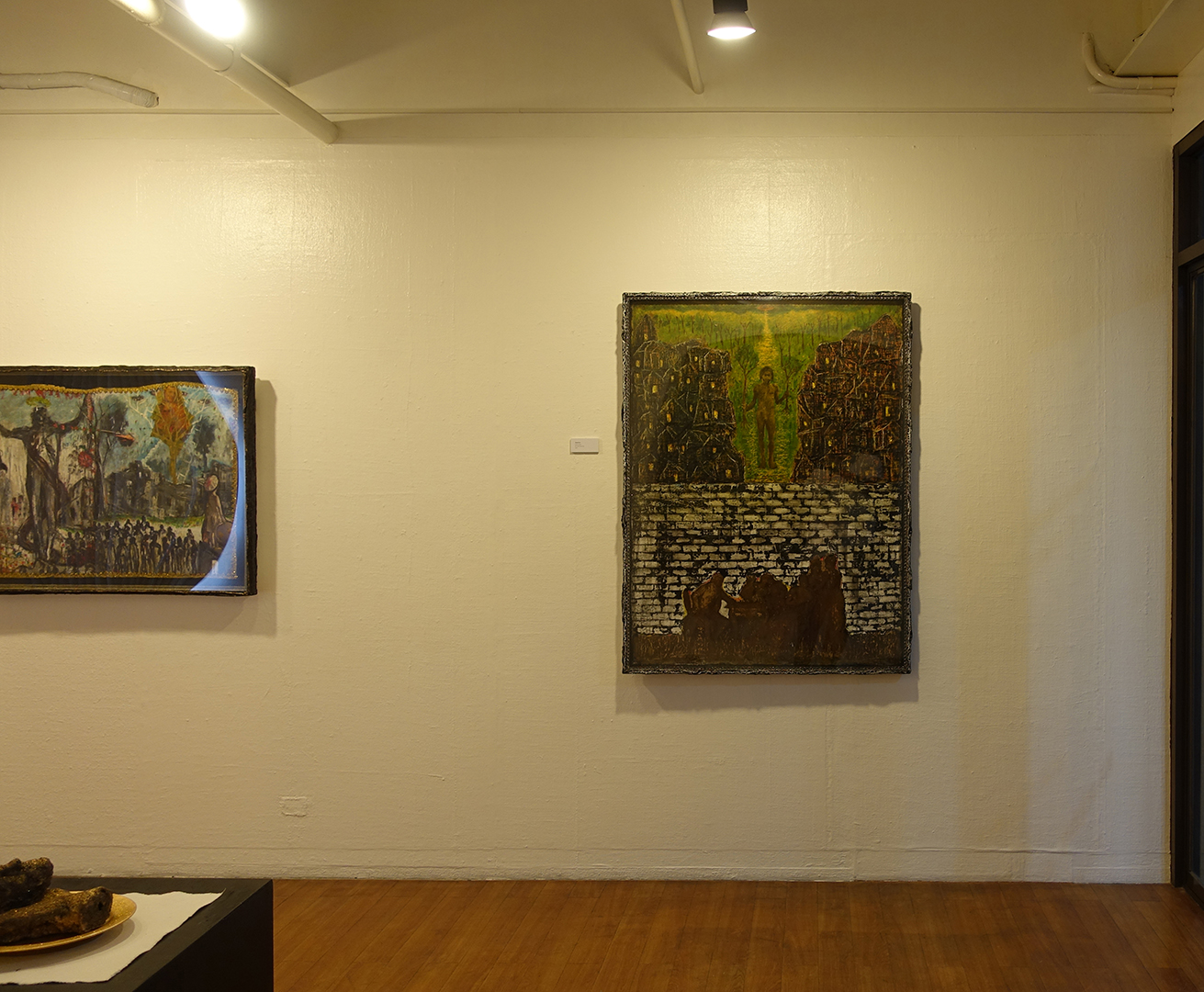 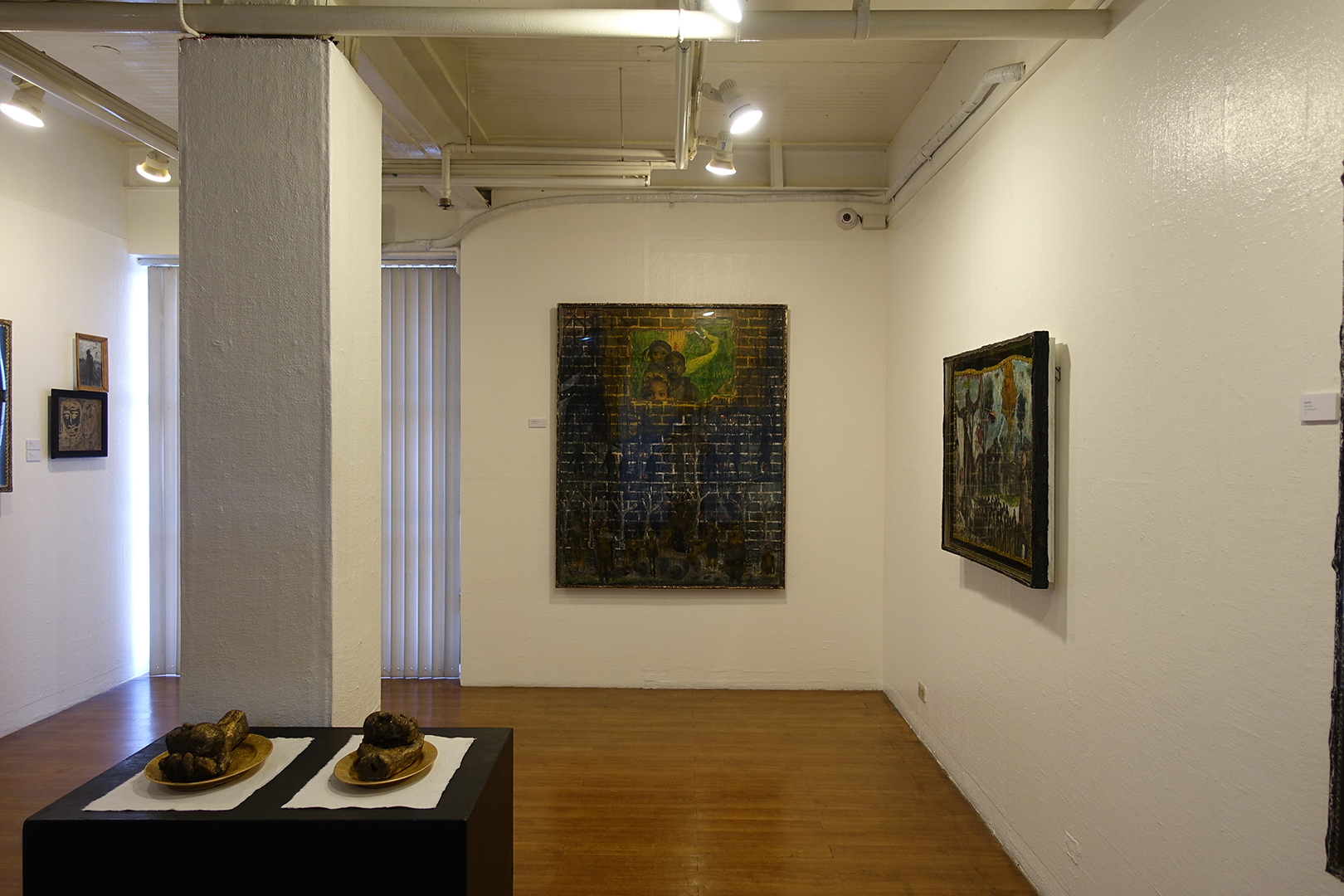 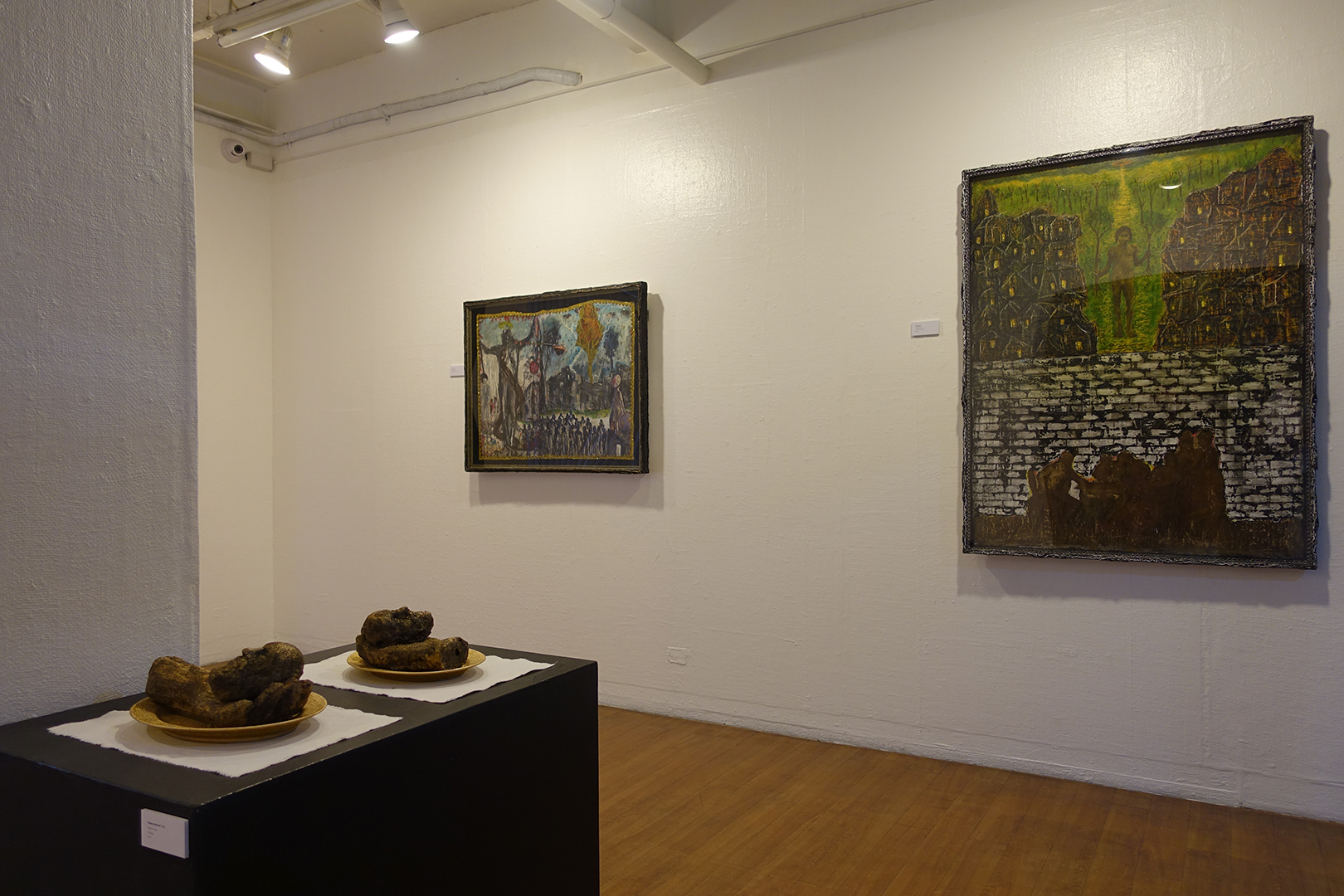 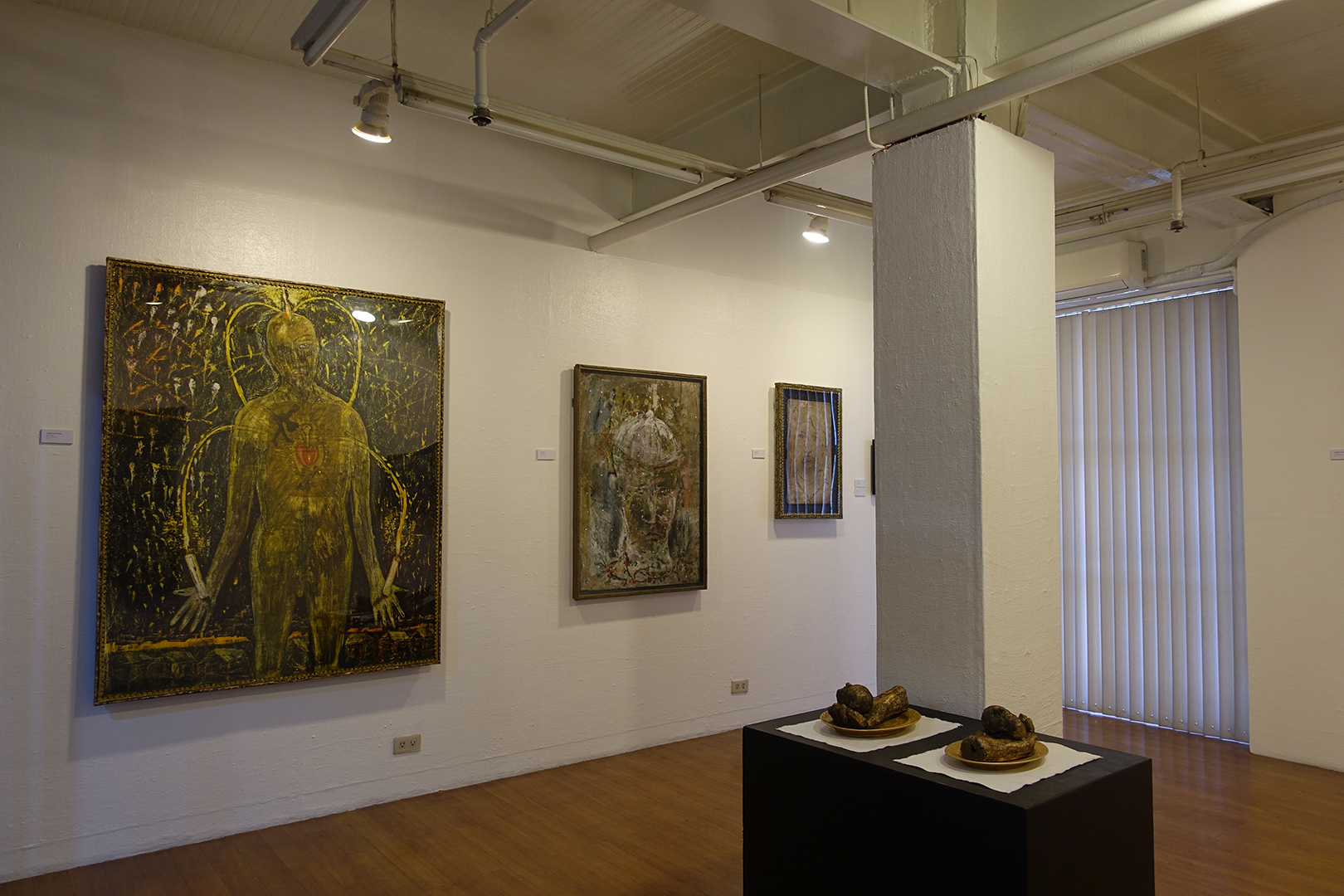