In One of, Joey Cobcobo contemplates on notions of repetition and the process of making art that is “one of its kind.” Cobcobo has primarily inhabited the world of printmaking, regularly infusing this practice with fragments from other practices and mediums such as painting. Although he has experimented with various other forms, the tether that holds them all together seems to be the laborious and involved processes of making prints.

Editioning is an important aspect of printmaking: to make a copy of one image to another and actually making these things repeatedly. A block of wood carved with an image can, in theory, create the same image after the initial labor of drawing in reverse or a mirror image and carving out the sketch that is meant to be seen. In One of, however, Cobcobo wants to “make art and avoid repeating it,” work that, when put alongside each other, will not be seen as just one whole image. He thinks about something fellow artist Kawayan de Guia told him three years ago: that art is the first stroke of paint. That the repetition of this action may lead to what can be called mastery or craft. This notion of making has evaded Cobcobo until he finished this show.

In many ways, One of is a diaristic sort of expression, a show which relies heavily on the passage of time and events in the artist’s own life. “It’s my diary, and being noted in the Book of Life by God,” Cobcobo says. The time and ideas he has put into the work, whether intentionally or just added to it by the passage of his own life, all culminate into this collection of work. Each layer that go on to each piece is imbued with his life and experiences, the longer it stays with him. Cobcobo is an artist whose work is inextricable from his life, undefined by a particular style or one specific process. Rather, he inhabits his work and his processes, offering a glimpse into what life may be like for him, a singular look at how each slight difference in the process of making makes a difference in form. 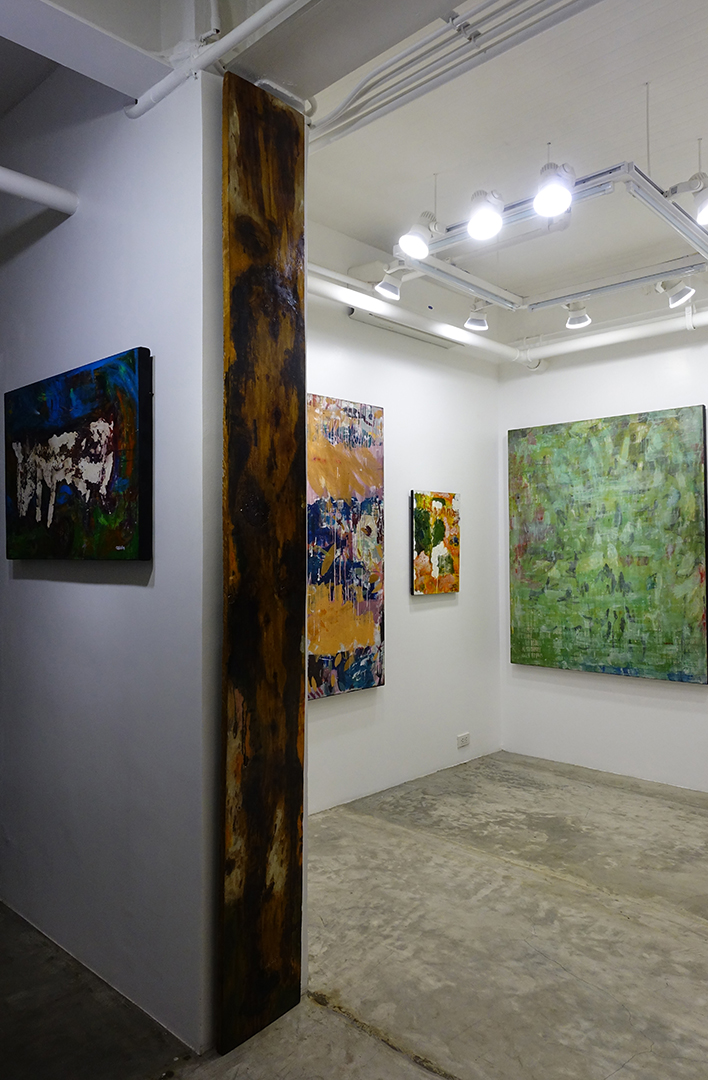 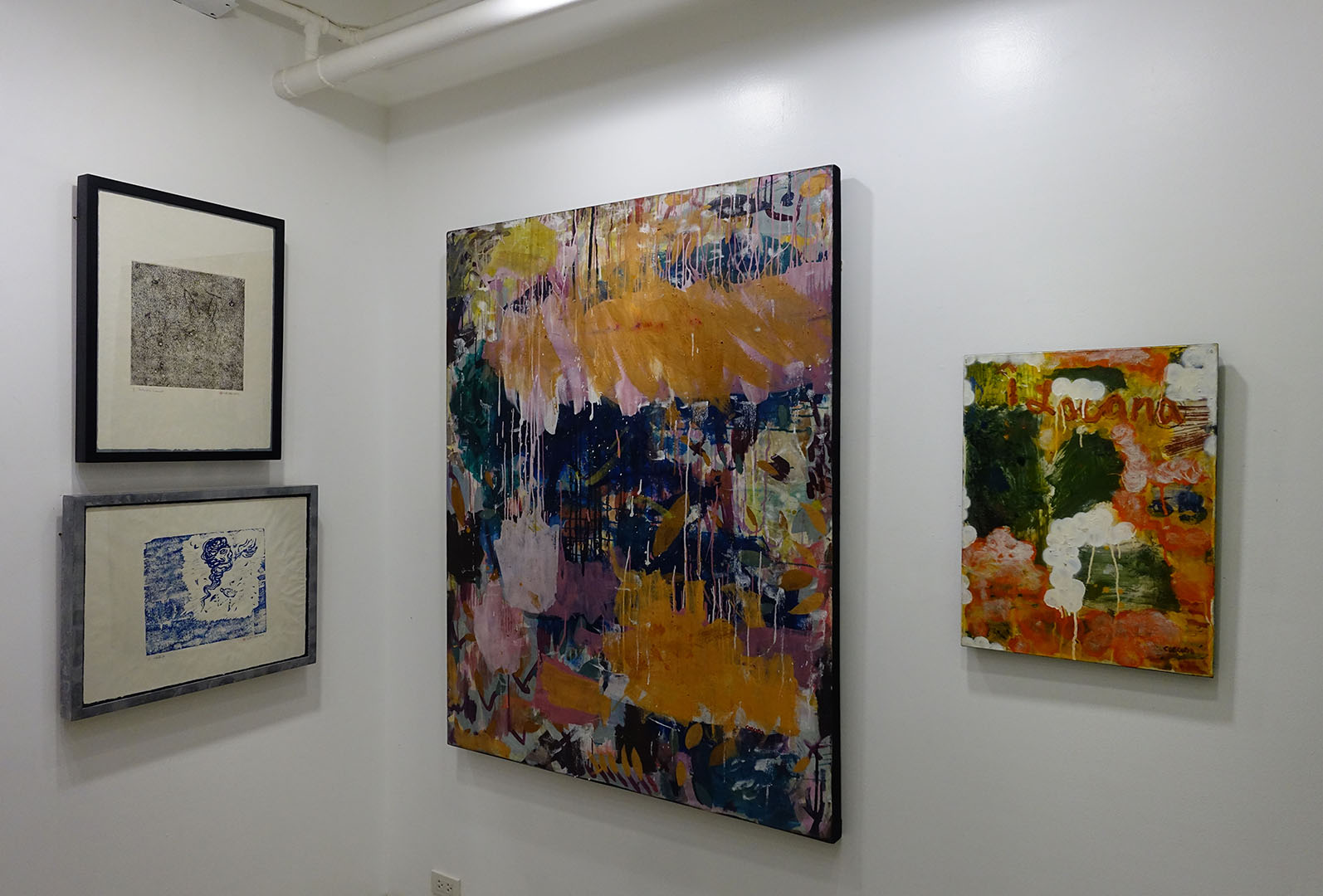 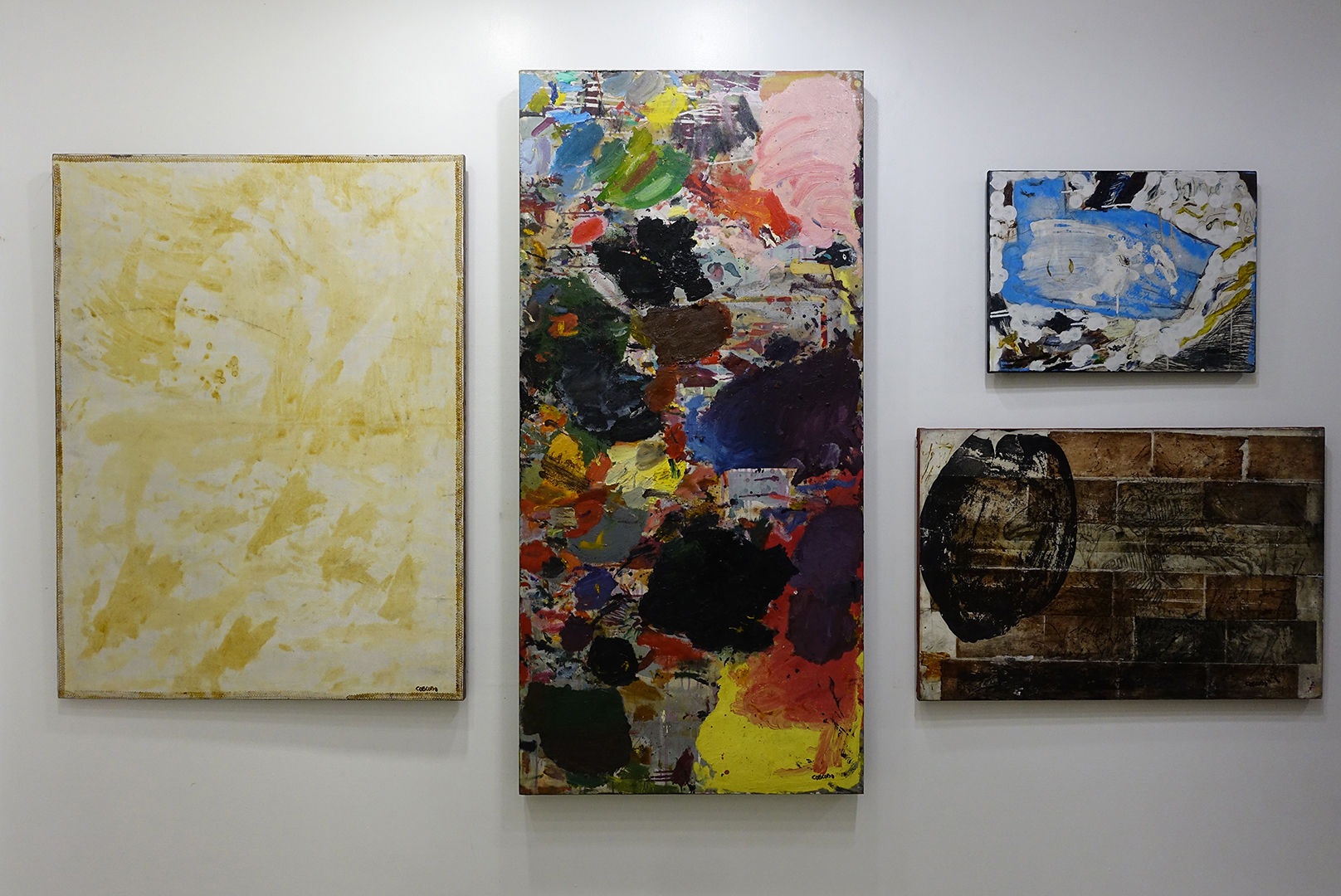 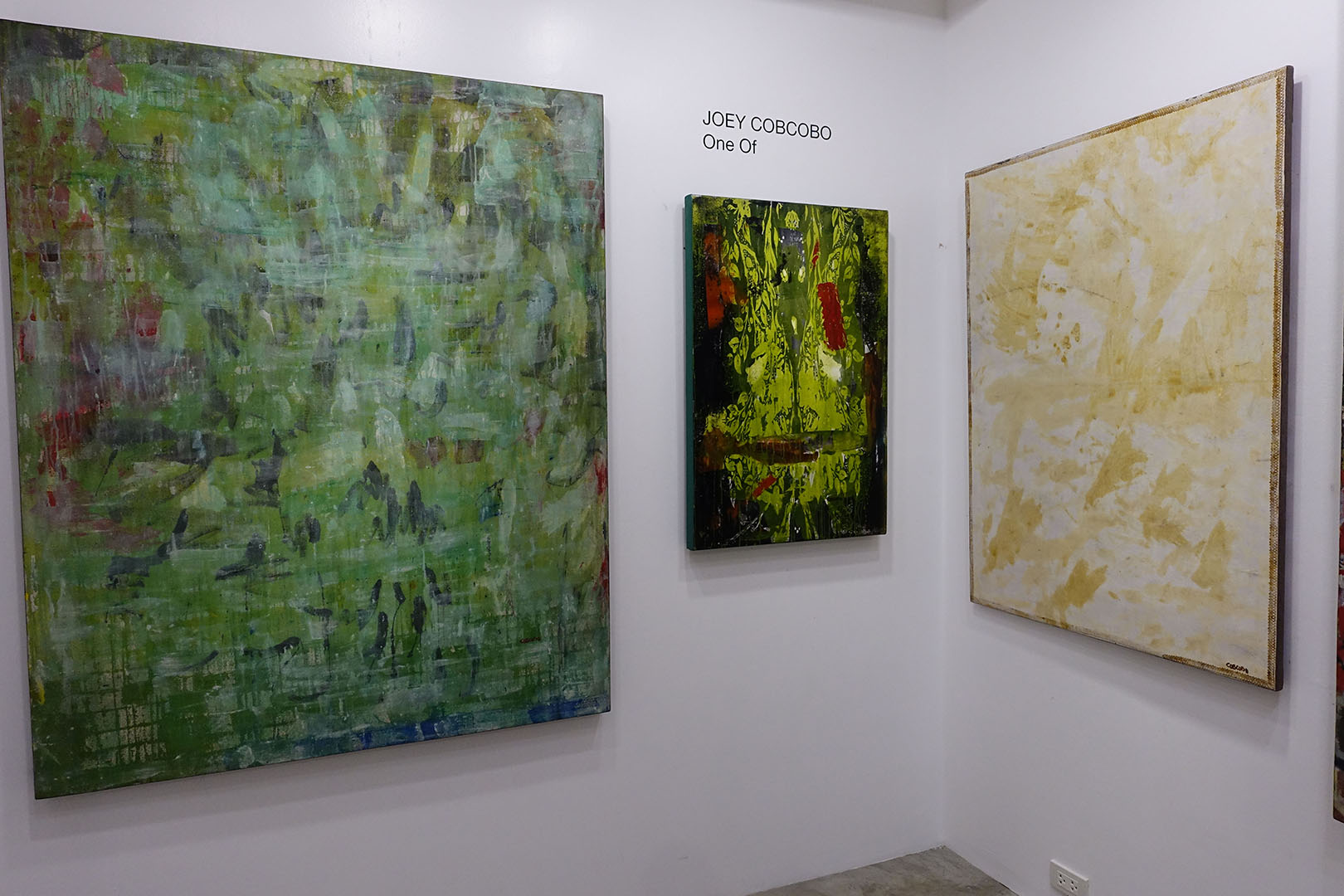 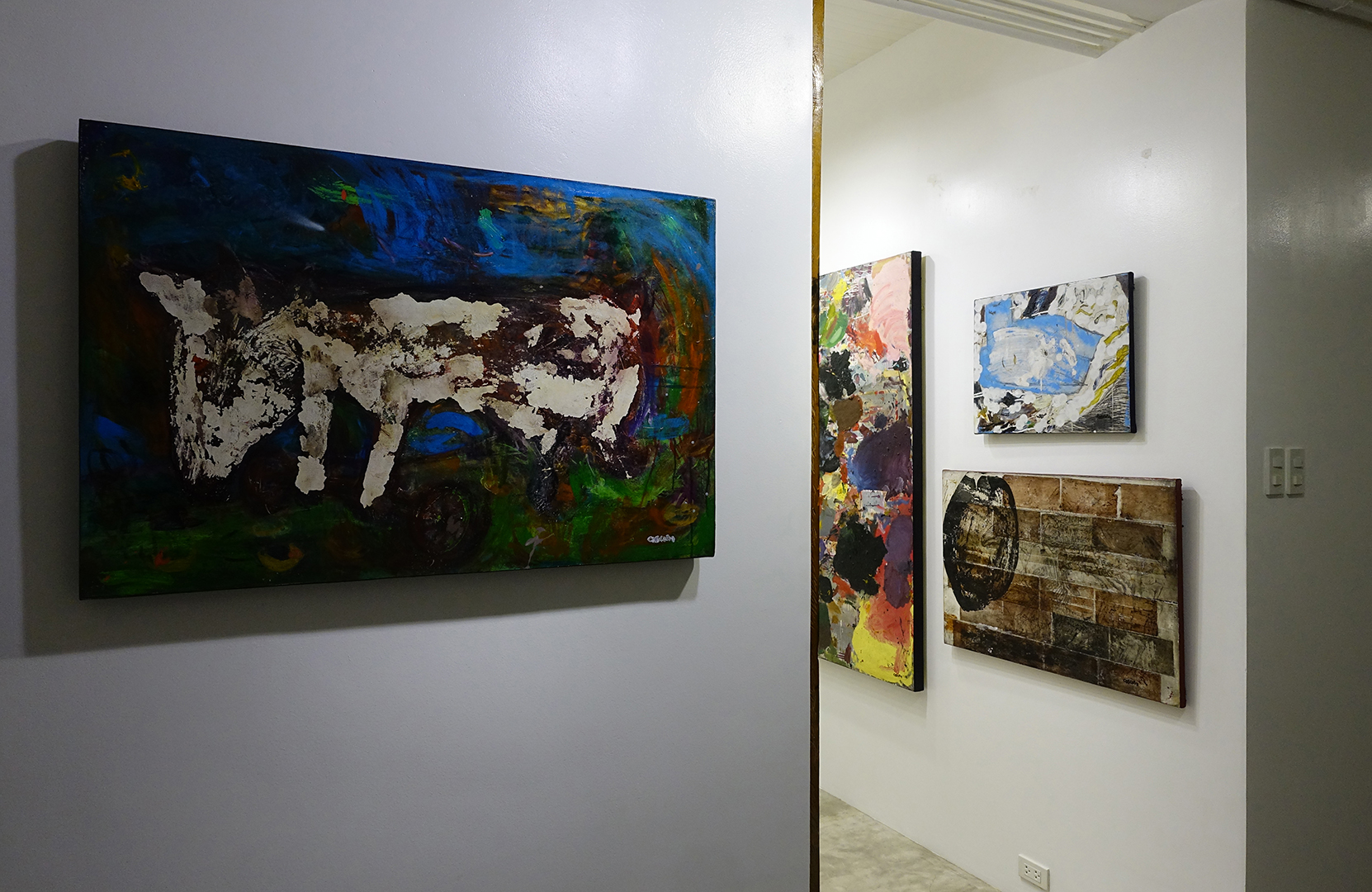 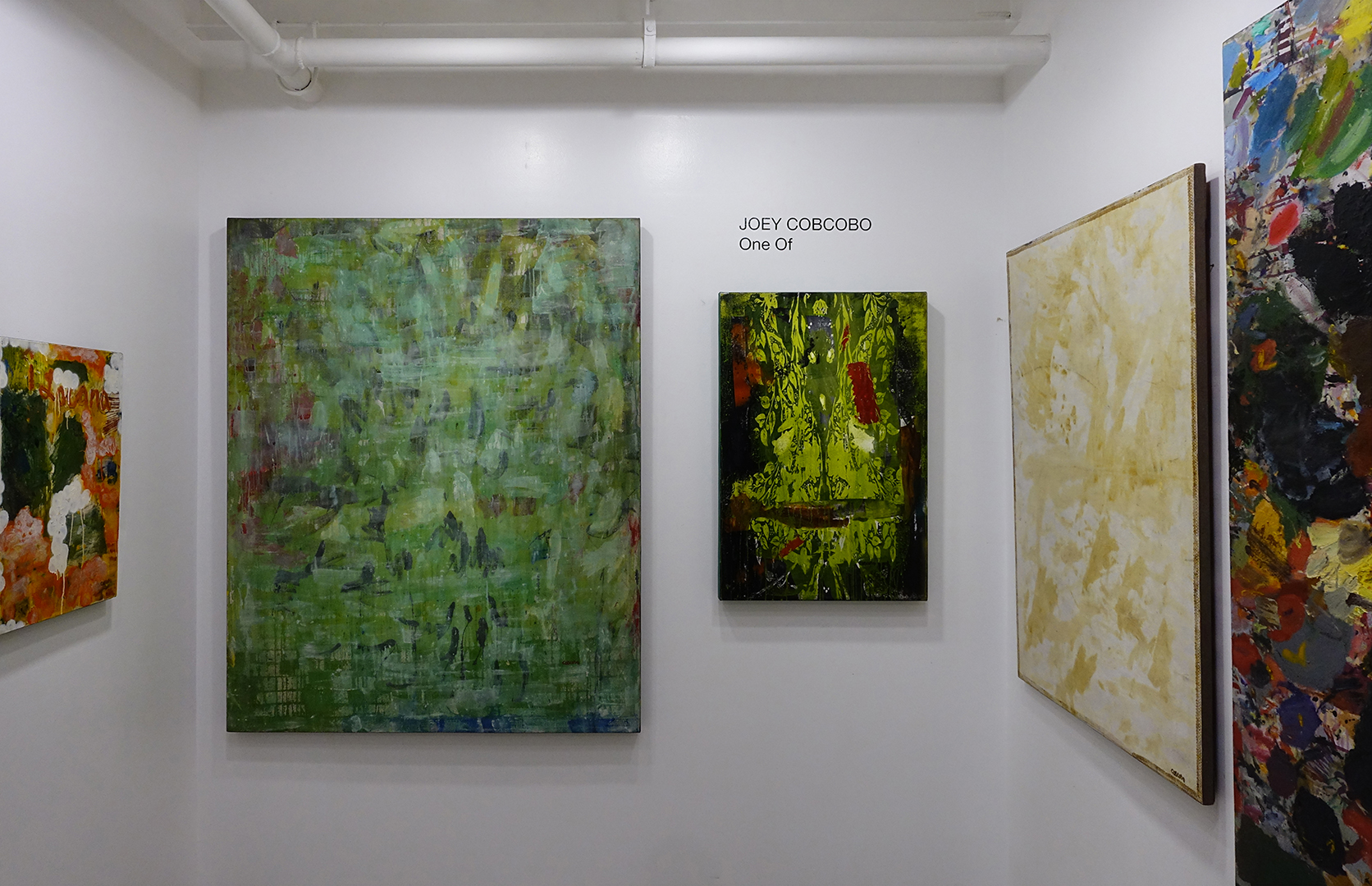 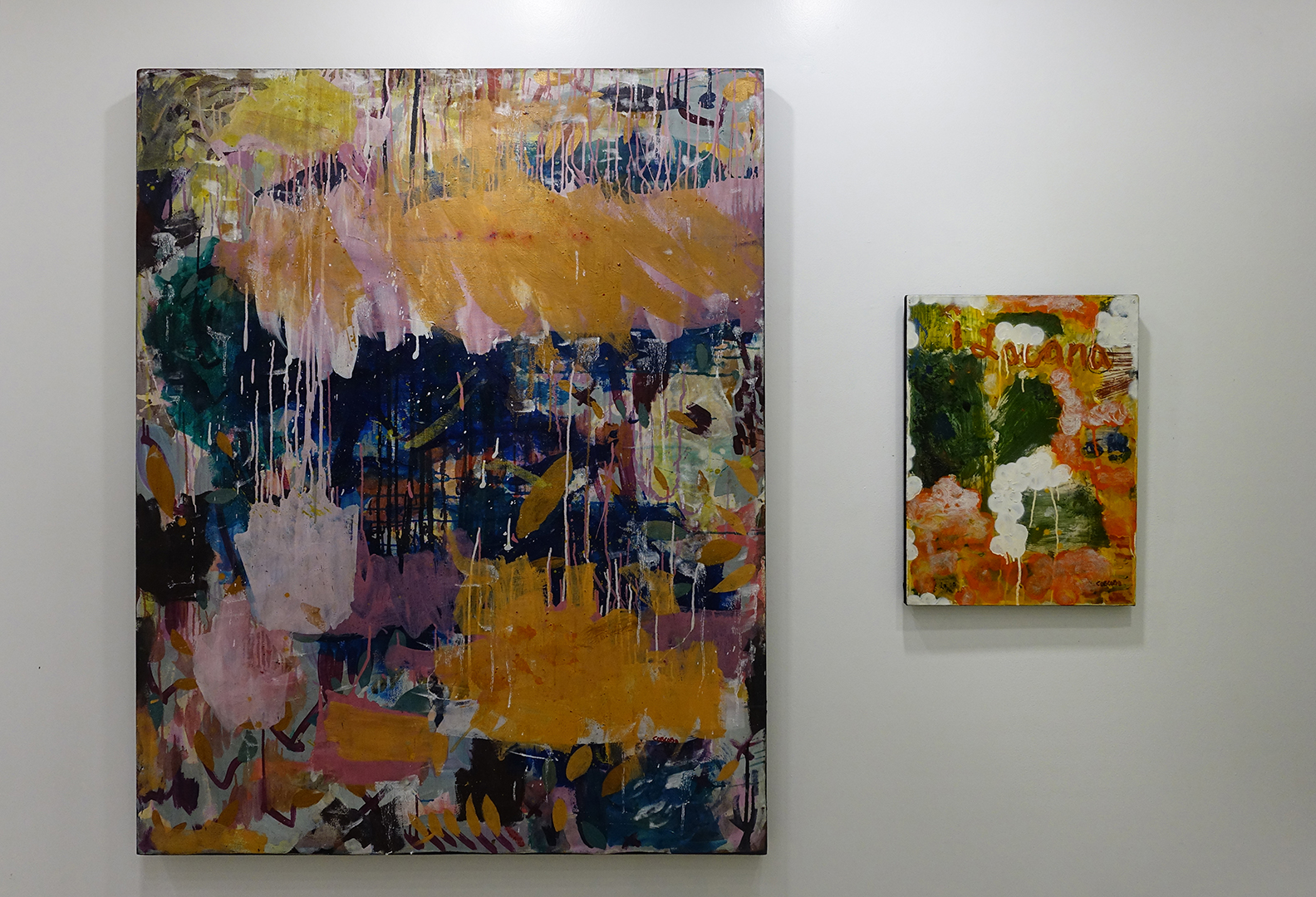