A house, a physiological requirement that ranks only second to food in the much touted Maslow’s “Hierarchy of Needs,” transcends the limits of materiality to become something else entirely: a physical representation of family and its fraught connections; a secret, interior world in which we can be finally be ourselves, freed from social constrictions; a sanctuary of all the things we hold dear and important. It can be said that a house does not only contain us (our delicate, mortal bodies) but extend our notions of self into architecture and three-dimensional space. A house, in short, is us.

For an artist, the house is where creativity is incubated, enacted, reified. Before the “outside world” gets to see the products of the imagination (in the case of visual artists, paintings, sculptures and other myriad forms), it is the house that initially contains and protects them, metaphorically birthing them only when the artist deems the works ready for the public. Whether called as an atelier, a workshop or simply an area to work in, this part of the house serves as a mute witness to the artist’s private struggles and solitary triumphs.

It is this space that Lendl Arvin and Johanna Helmuth return to in their two-man show, Moving Points. Having lived together in one house for three years, the two artists now look at it from two different vantage points: Helmuth from the view of someone who has left it, remembering its contours and unpacking its memories; Arvin from that of someone who has stayed behind, reckoning with the suddenly empty space. The show is their visual diary, paying homage to the house that saw their collaborative—almost conjugal—creative feats as they make sense of each other’s absences now that they have gone on separate ways. Moving Points embodies their actual and symbolical convergence and separation. It is both a love letter and a parting gesture.

For Helmuth, the house has solidified into memory, characterized by severe Modernist lines against a blue-gray sky. Evoked with her signature rough, hard strokes as though the brush had wounded the canvas, the house is all rationality and stability—a box that has been closed and never to be opened again. Nothing betrays its interior life; all the windows and doors are shut tight. The only way we can deduce that any sign of life has transpired within its walls is the works’ title: “Studio.” It’s a linguistic shorthand for what the house has stood for in all those years.

Arvin’s version, on the other hand, is in a state of half-completion or, rather, fully completed but interrogated, added with splotches and marks, willfully disfigured. It is as though he could not bring himself to paint the house without registering emotion, without visually rendering layers of recollection. It is on the verge of dissolving into abstraction, into the unsayable. It’s telling that in “Working Space,” the canvas yawns unfilled, is empty. His works seem to be saying that it will take some time before things solidify and get done again.

Acting as a ligature to this dialectic is Helmuth’s “Untitled,” a triptych composed of the portraits of the artists, connected or separated by an easel depending on how you view it. The easel, of course, is the representation of their chosen craft, the very thing that led them to share one house. The male artist looks sideways, as though trying to catch sight of the woman artist. Alas, she has closed her eyes. They will never see eye to eye again. It’s a powerful summation of two lives lived in a singular place that they will never inhabit together again. Yes, art is longer than life but it is also longer than love. 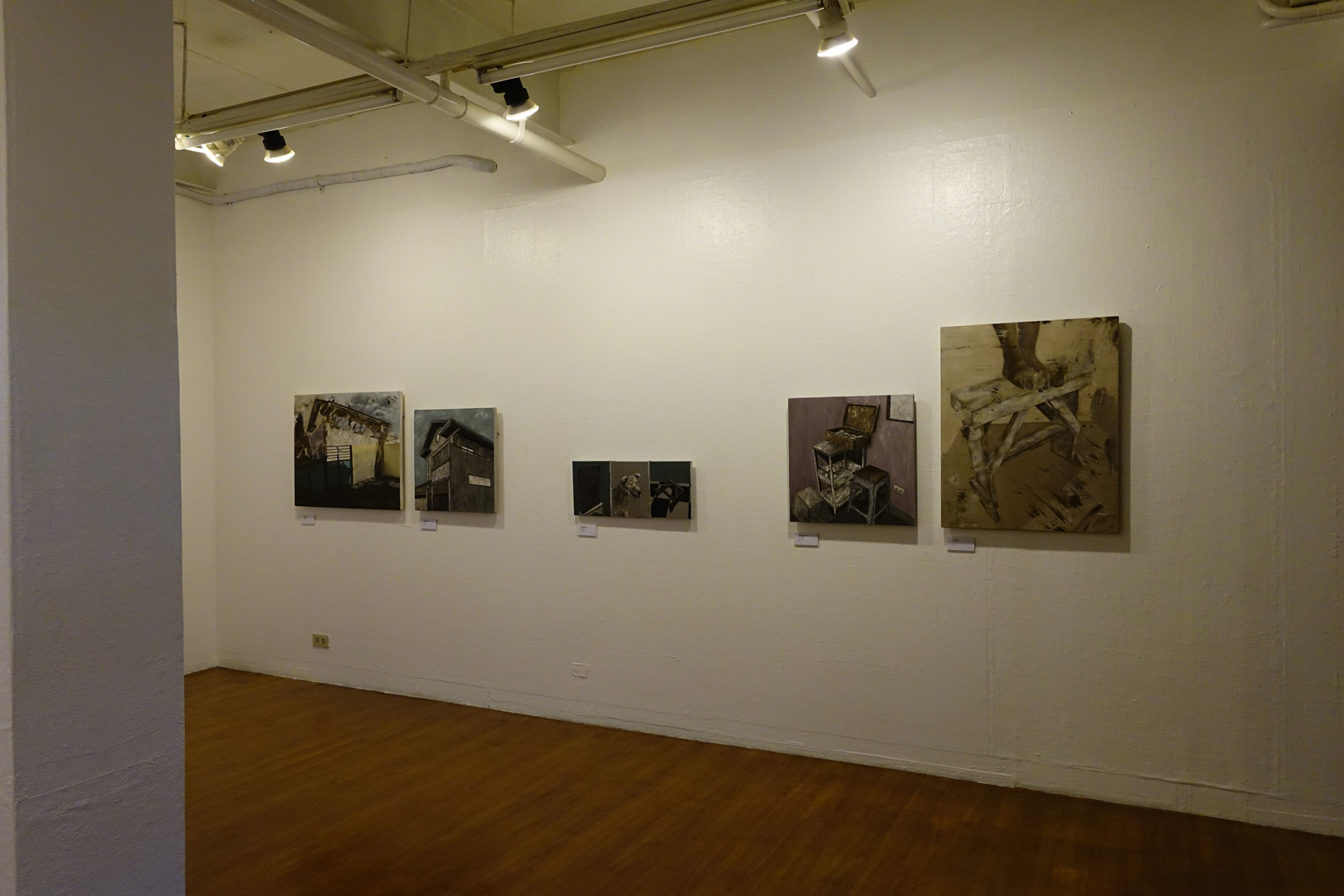 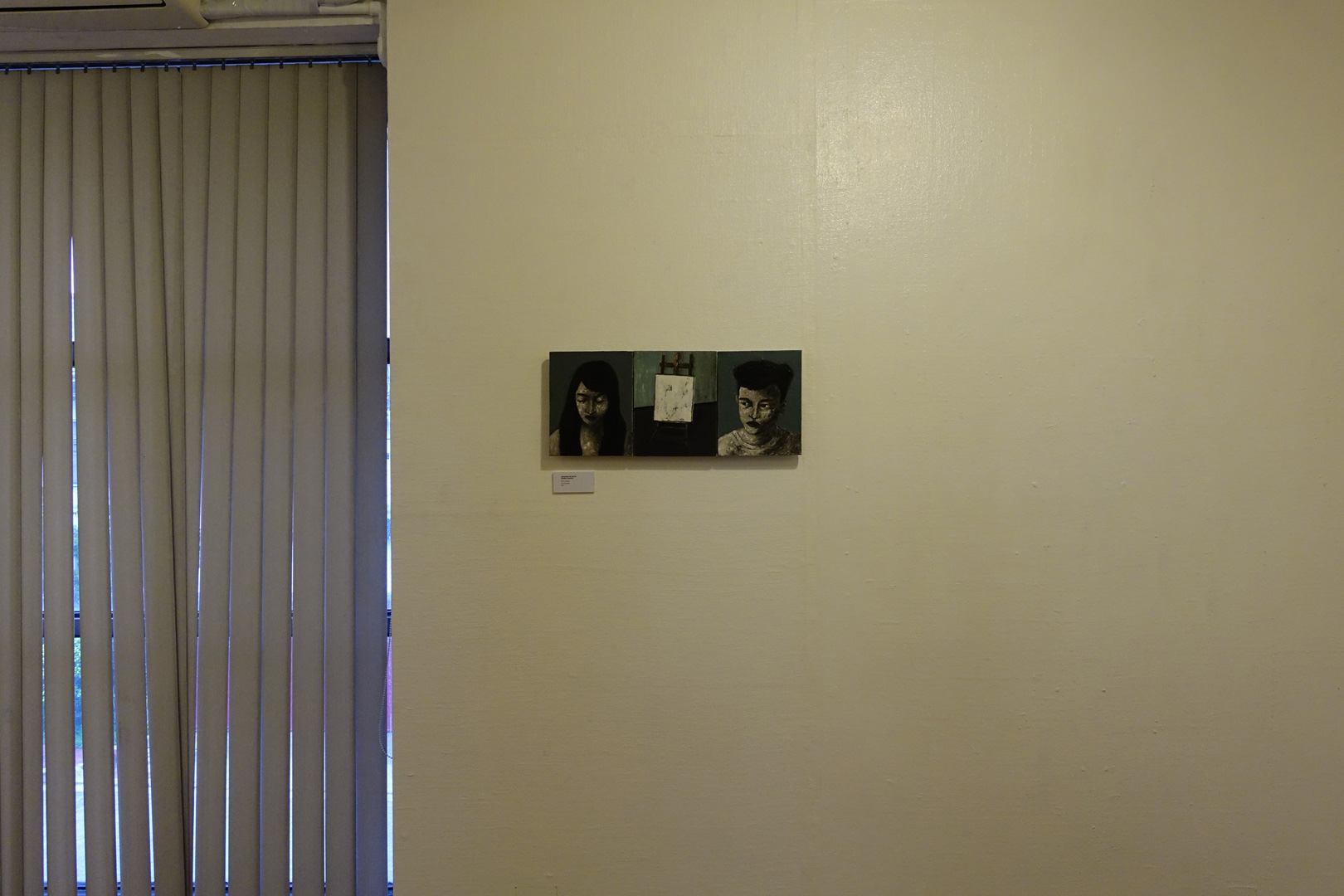 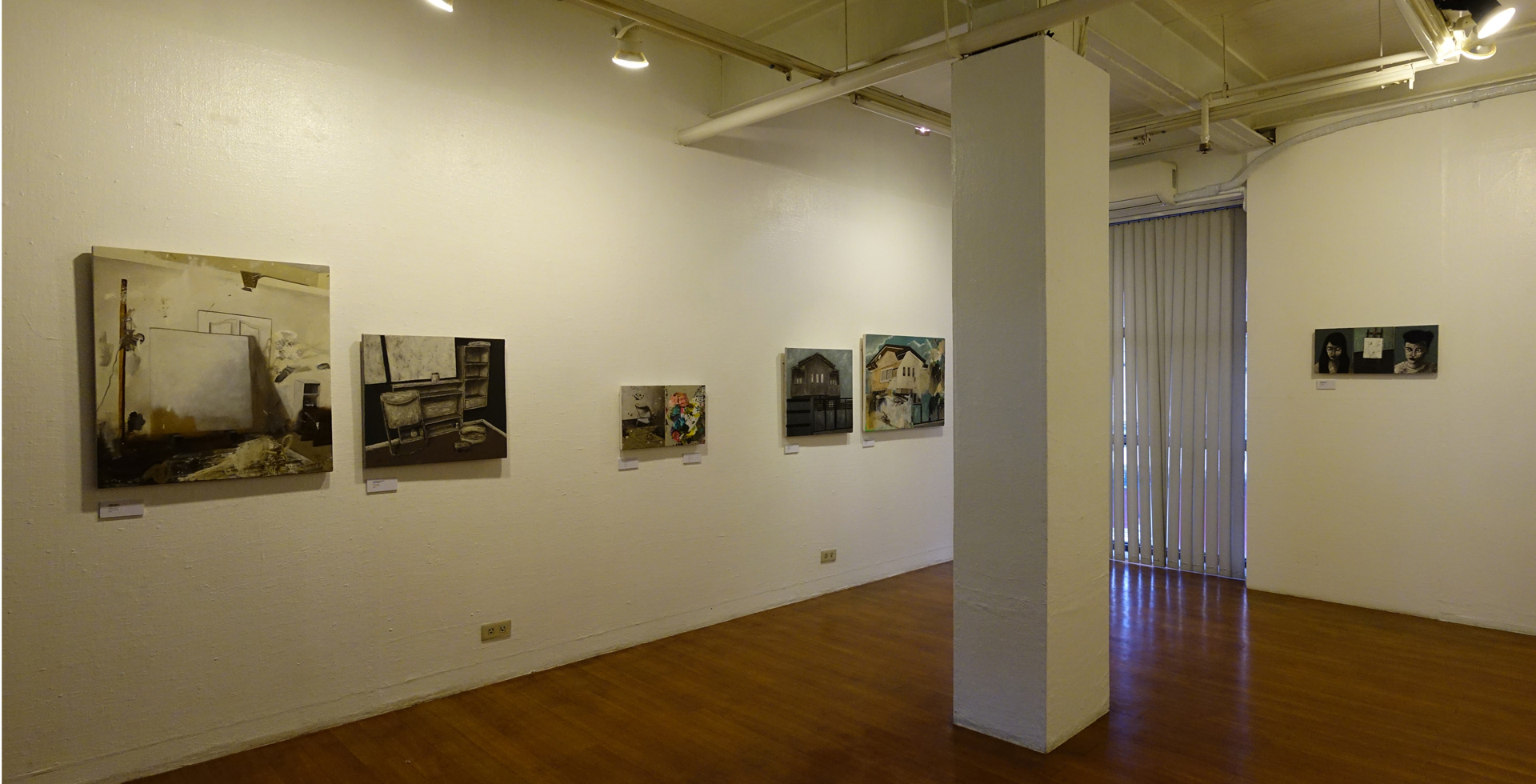