In the wake of recovery and uncertainty, there are things that seem to provide a measure of comfort through their consistency. Change—perceived as massive and undulating, acts as the silent adversity, forgetting that in most cases we embrace it as good cure. In art, the assumption is to respond through transformation—but there are also moments in its history where some of its timeless forms can be deemed more regenerative to the healing process—like painting.

Elaine Navas is one of the painters known to have always come back to a certain form, if not a certain subject matter. ‘Coming back’ is not meant as merely returning to something familiar but forging repeatedly the elements until their essence is drawn. For Navas, the elements are simply within us: air, fire, earth, and water. These are our intrinsic subject matter, reflected by the external world. As part of our own cyclical nature, rendering these forms is equivalent to finding the depths of our own mysterious existence.

The unknowable has never been more evident at this moment, so to speak, especially in the midst of a silent adversary—in a crisis such as a pandemic, where science has fallen behind from its supposed superiority. Navas’s works, in their faithfulness to both nature and expression, have always left room to ponder on the inexactitudes of our own subjectivity, as if supporting the concept of multiple and relative ‘truths’ that philosophers have argued for since.

In her own explorations as a painter, it is the passage from Kierkegaard’s writings that she found most indicative of her own approach in negotiating with the image: Credo quia absurdum—or, ‘I believe because it is irrational.’ In her latest exhibition, Light as Water, rendering clouds in large scale is near equivalent to painting both air and water—two of the elements that  are  closest  to being clear and invisible in the physical world. Painting them, and giving them visual form, becomes an act of faith, according to Navas. And she paints them with such belief—that their image represents the seeming impossibility of both transformation and sameness—a cycle that is inherent within their substance.

“…I must constantly be intent upon holding fast the objective uncertainty, so as to remain out upon the deep, over seventy-thousand fathoms of water, still preserving my faith,” wrote Kierkegaard while he was contemplating on God’s  existence. In the same manner, our attention is drawn to the profuse and demonstrative brush strokes on Navas’s paintings, transforming the photographic matter into a seemingly abstract entity—transforming water into air and back—the clouds. Hence, an act of faith is required, even for the viewer: it is and will always be, the representation of nature.

Light as water—the phrase, is a painted figure in itself. Light, meaning the sky; and water, occupying the same space. There is a transcendent quality from the juxtaposition alone, and double-meaning. Reason becomes the sort of miracle and vice versa—the sea of blue, floats.

Over the years, Elaine Navas’s interpretation of reality has remained steadfast. Her works have become a continuous fiber that connects water to sky, sky to earth, and back. This consistency alone, is faith personified, as she remains one of our constant producers of images that prove the coherence between the unexpected, and the simple truth—to see what we believe. 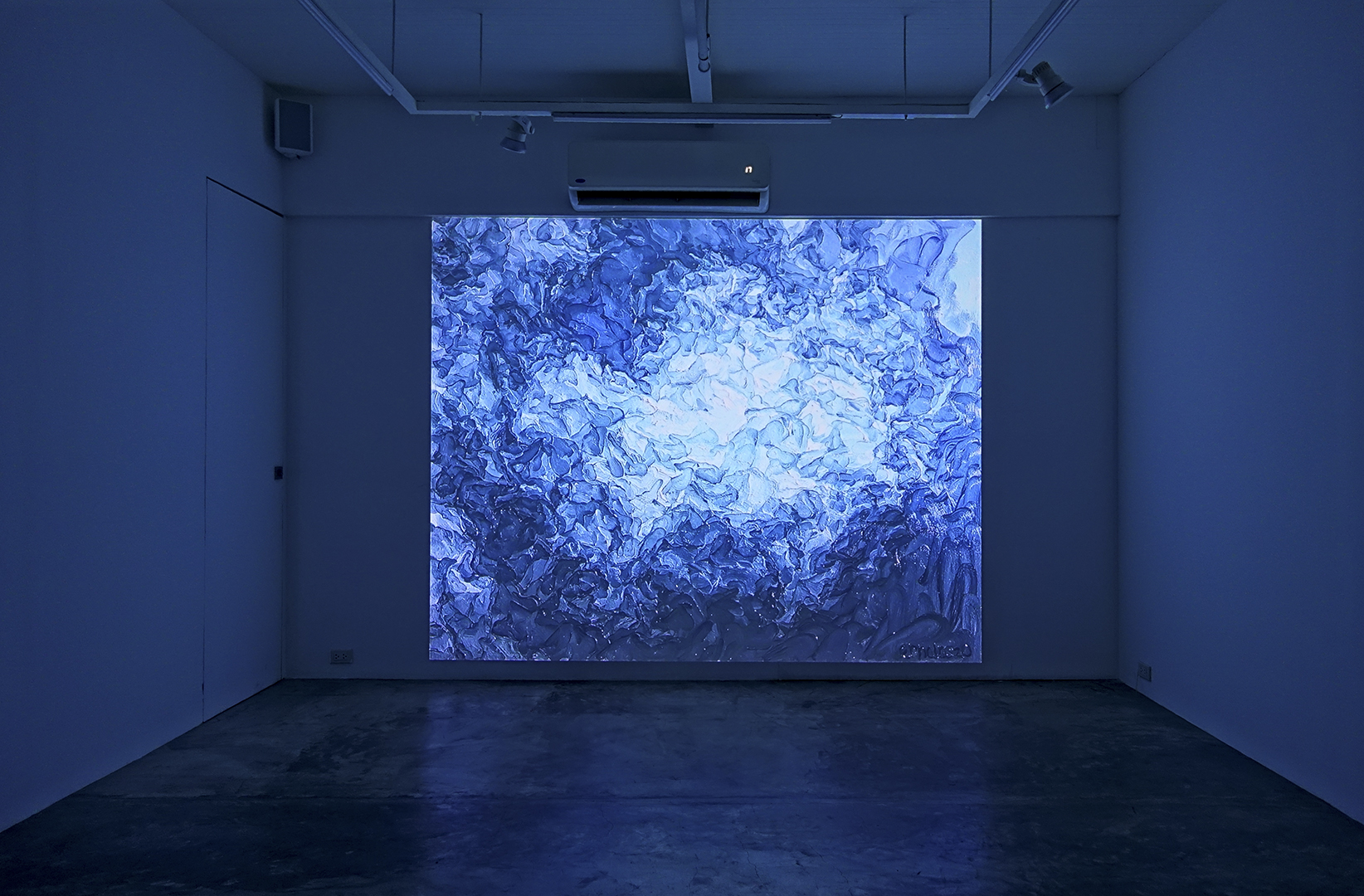 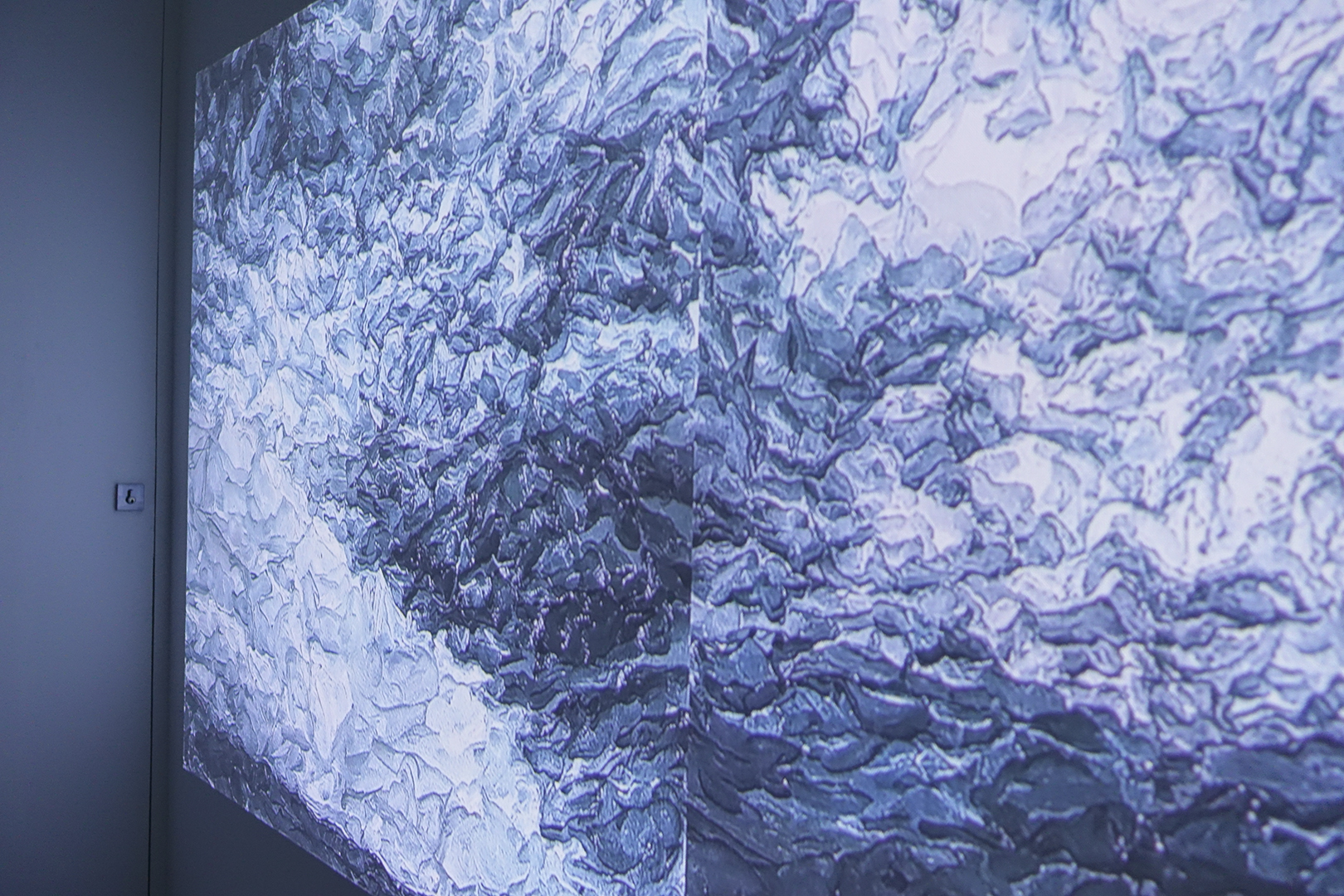 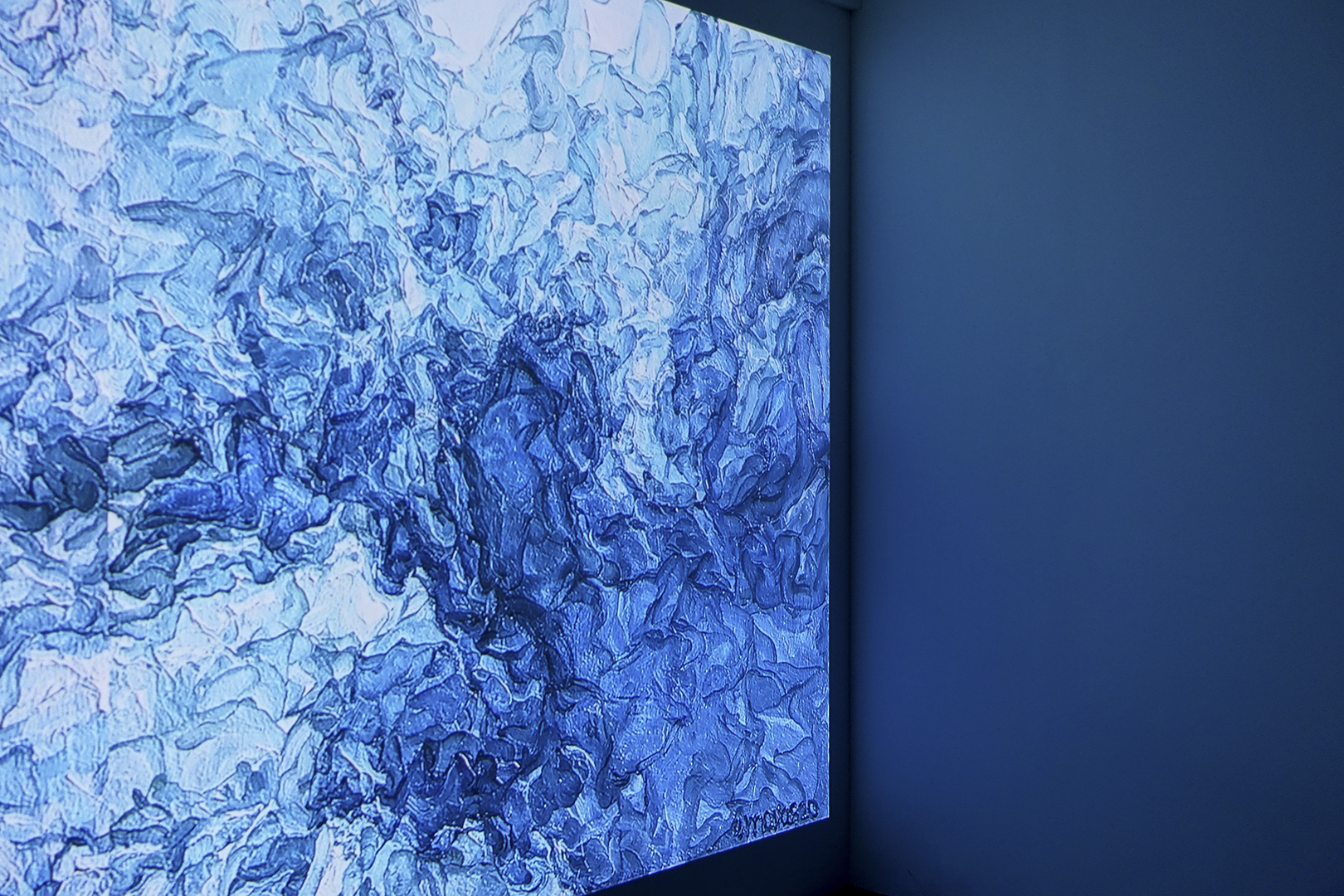 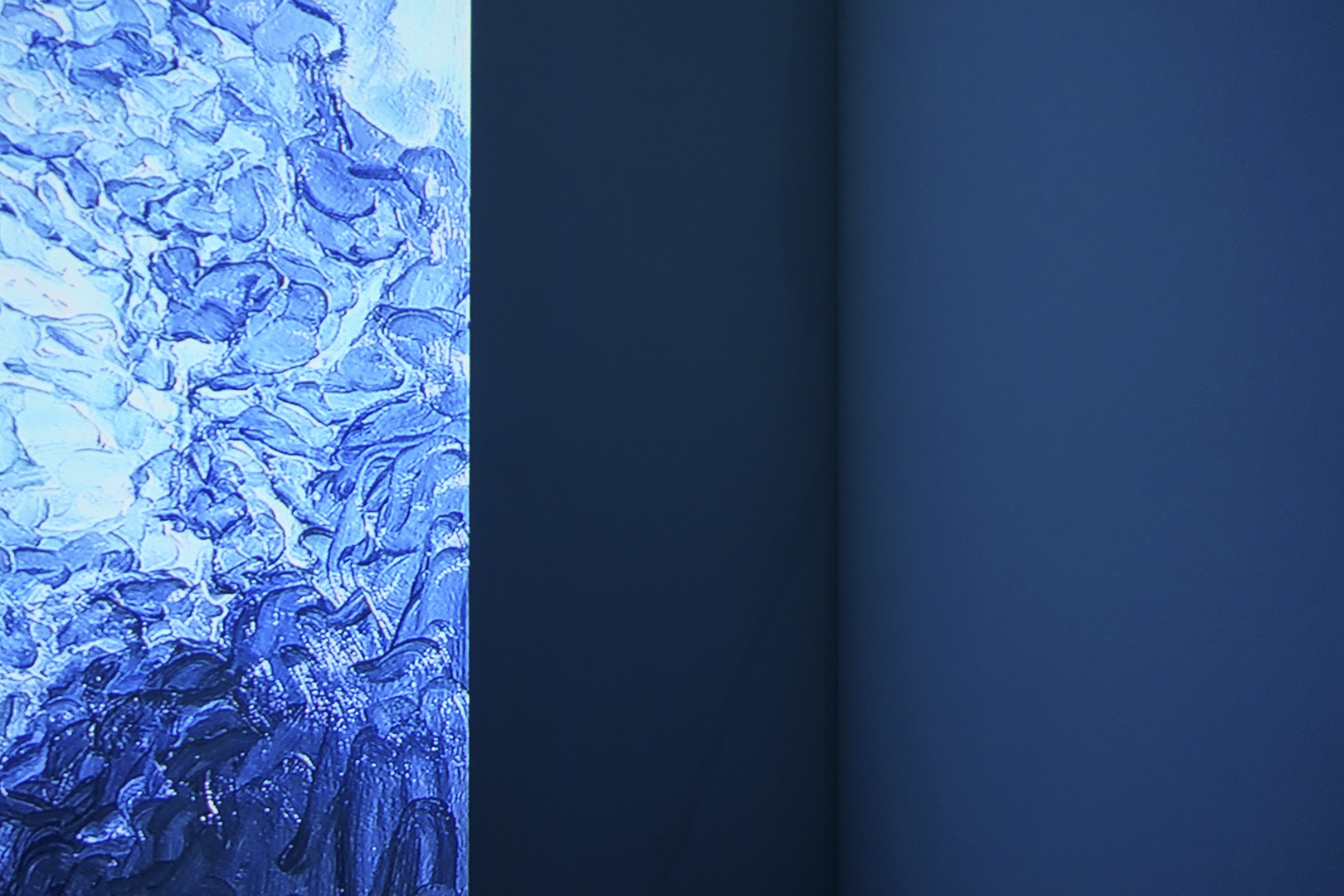 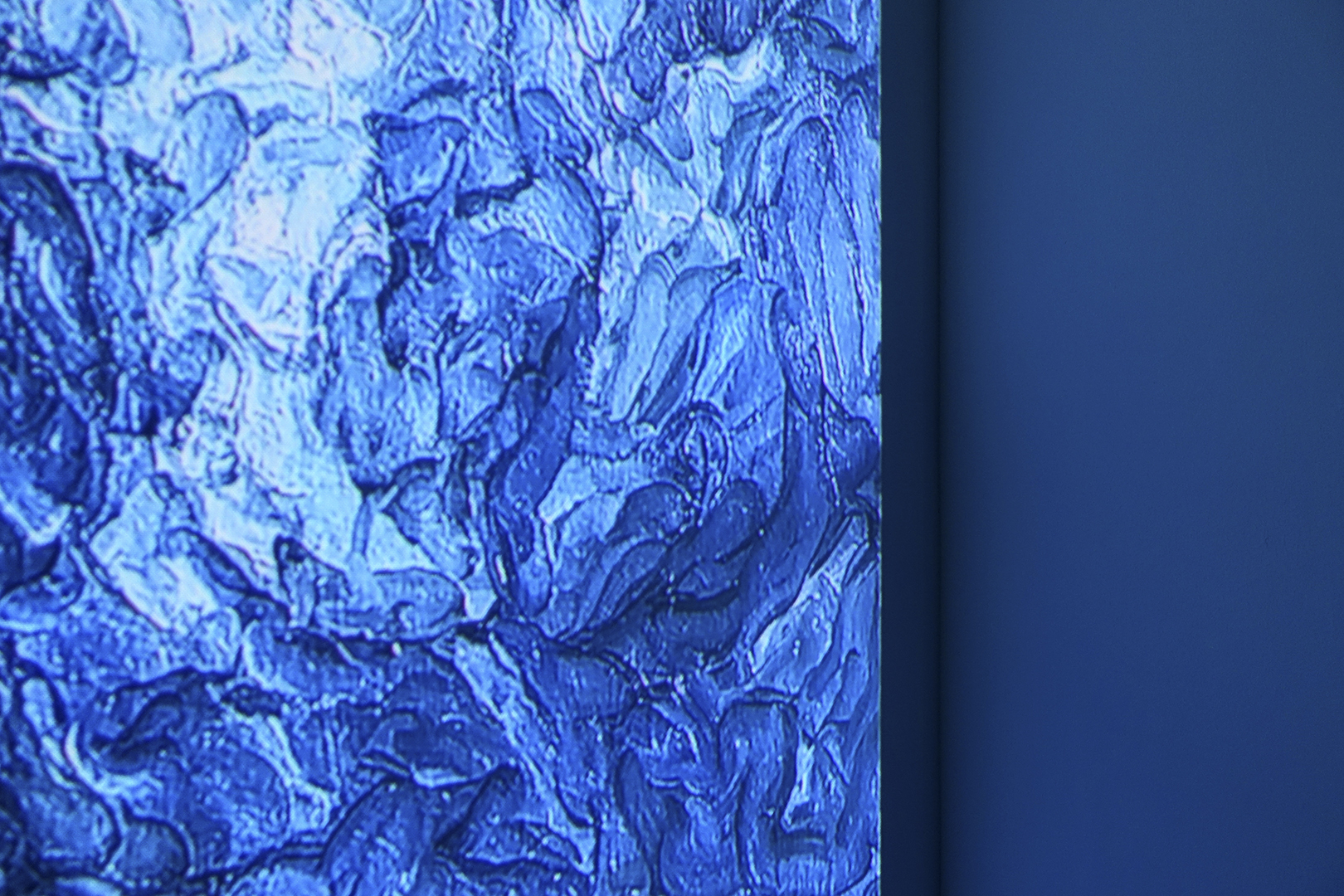 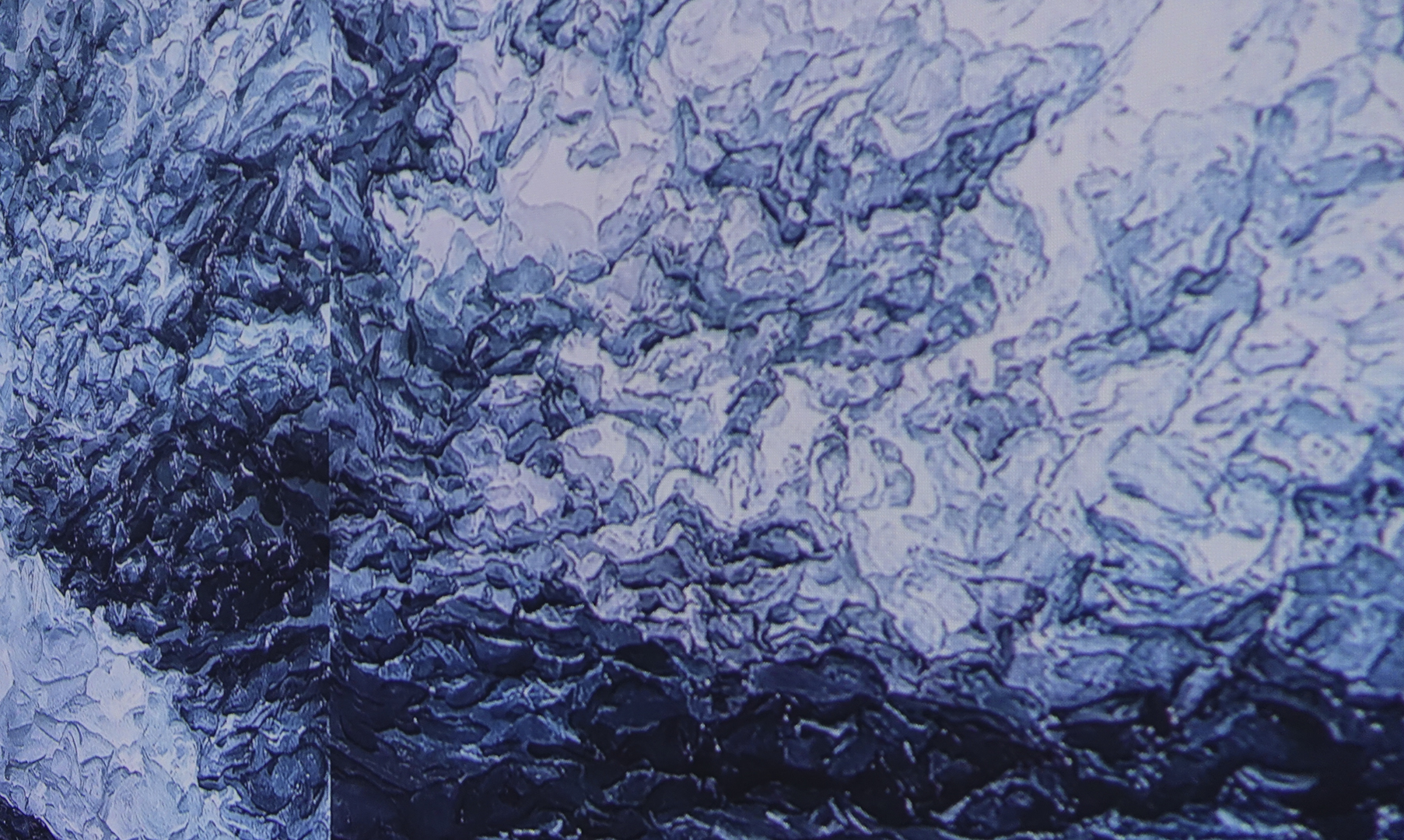 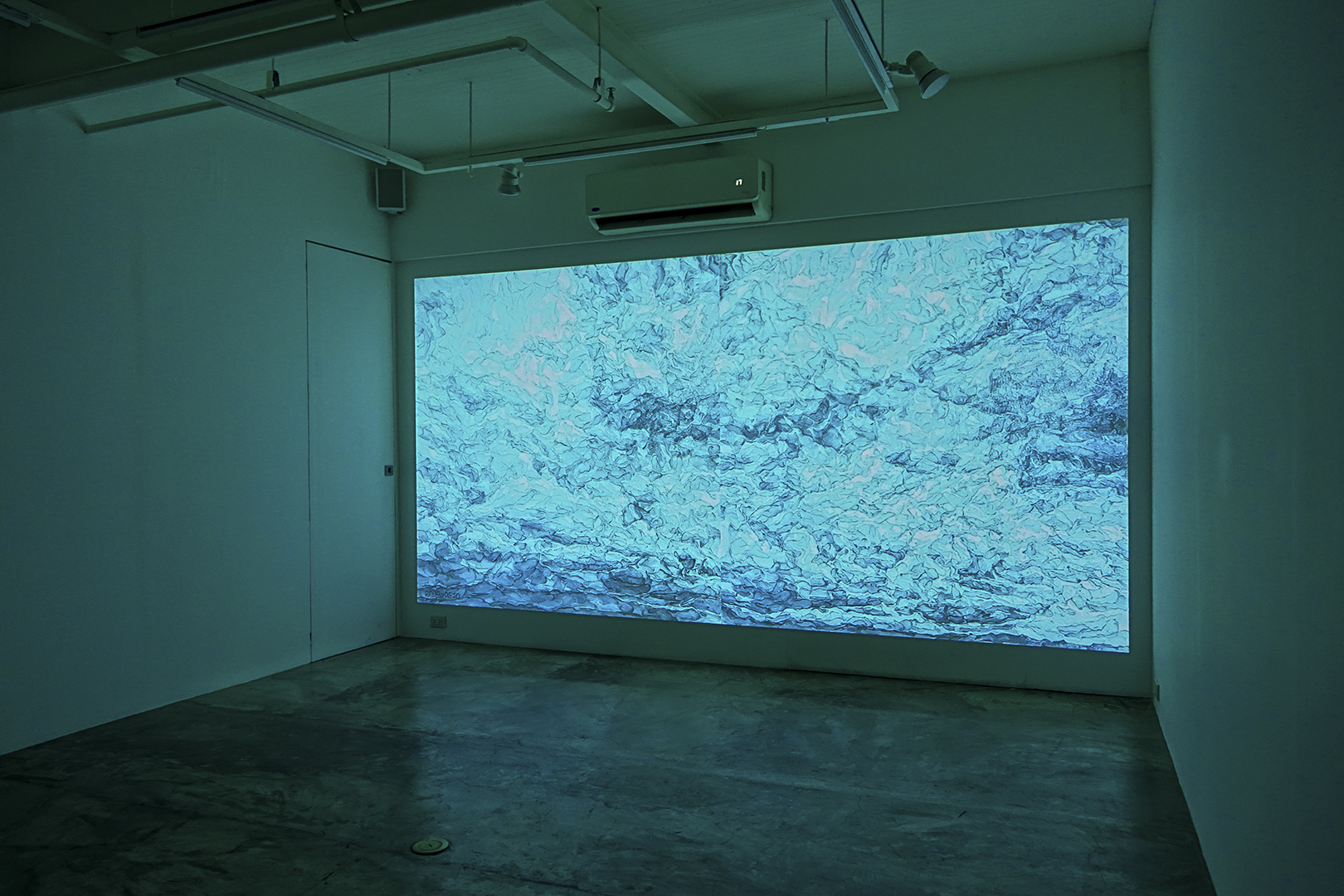 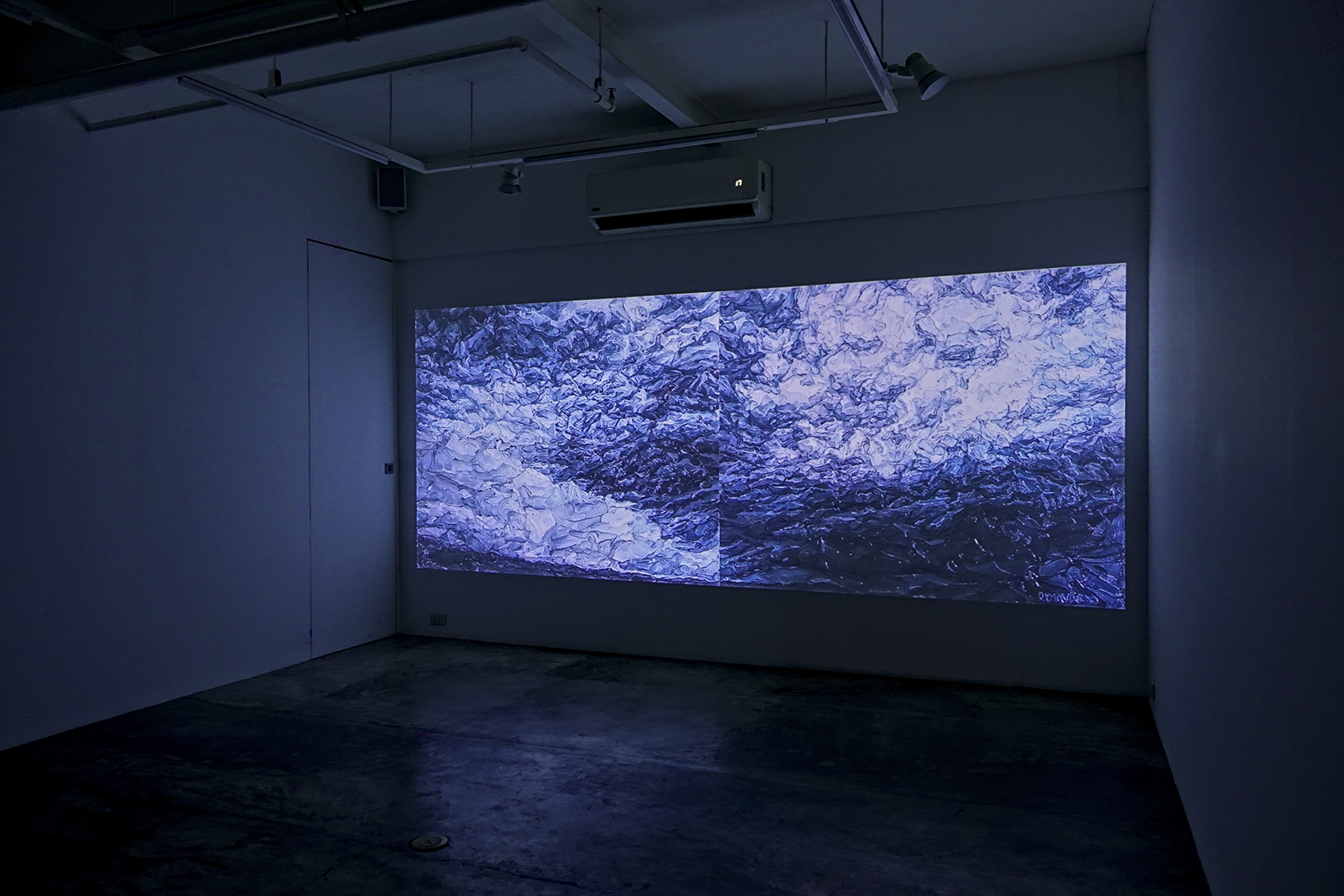 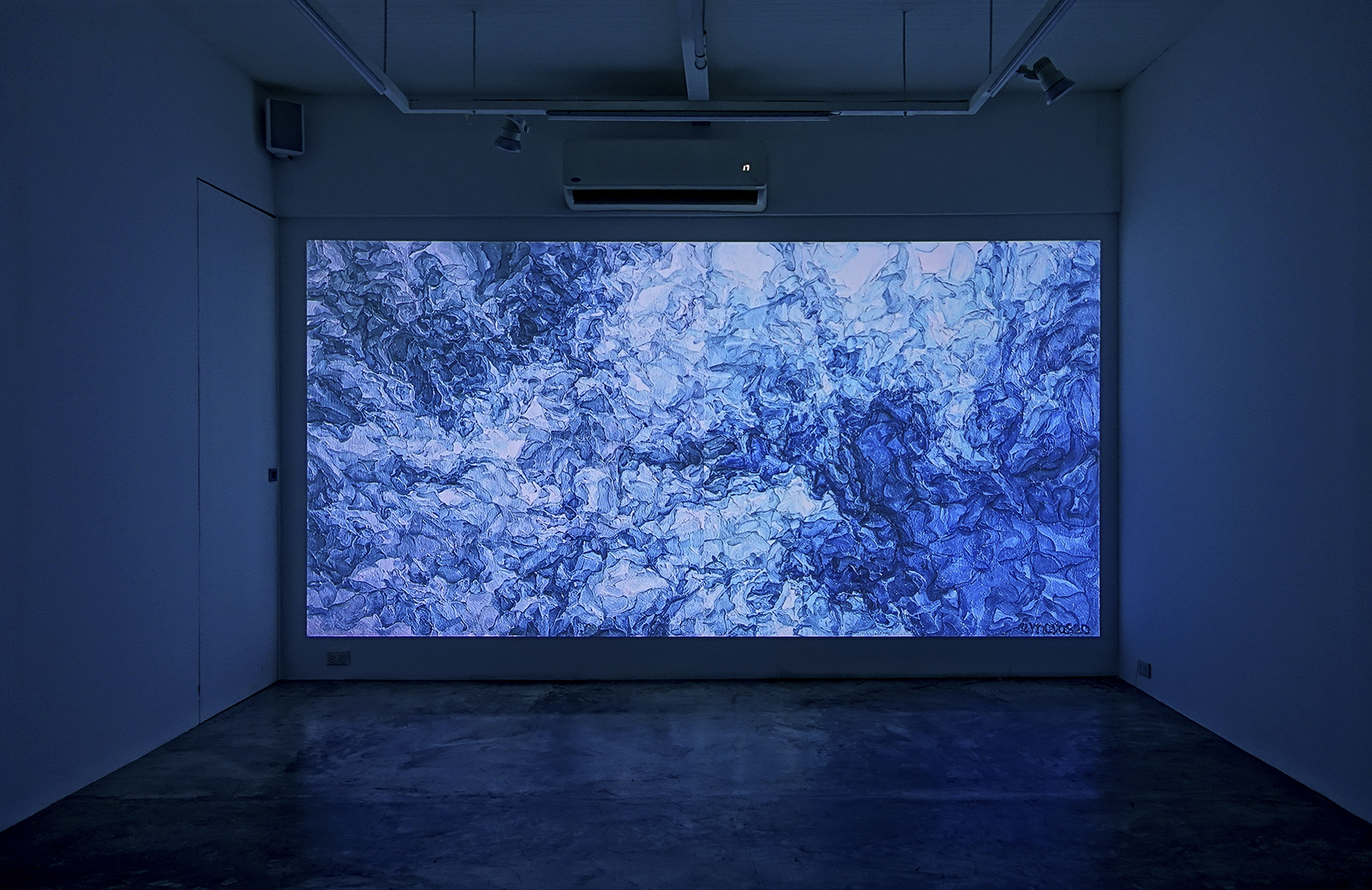 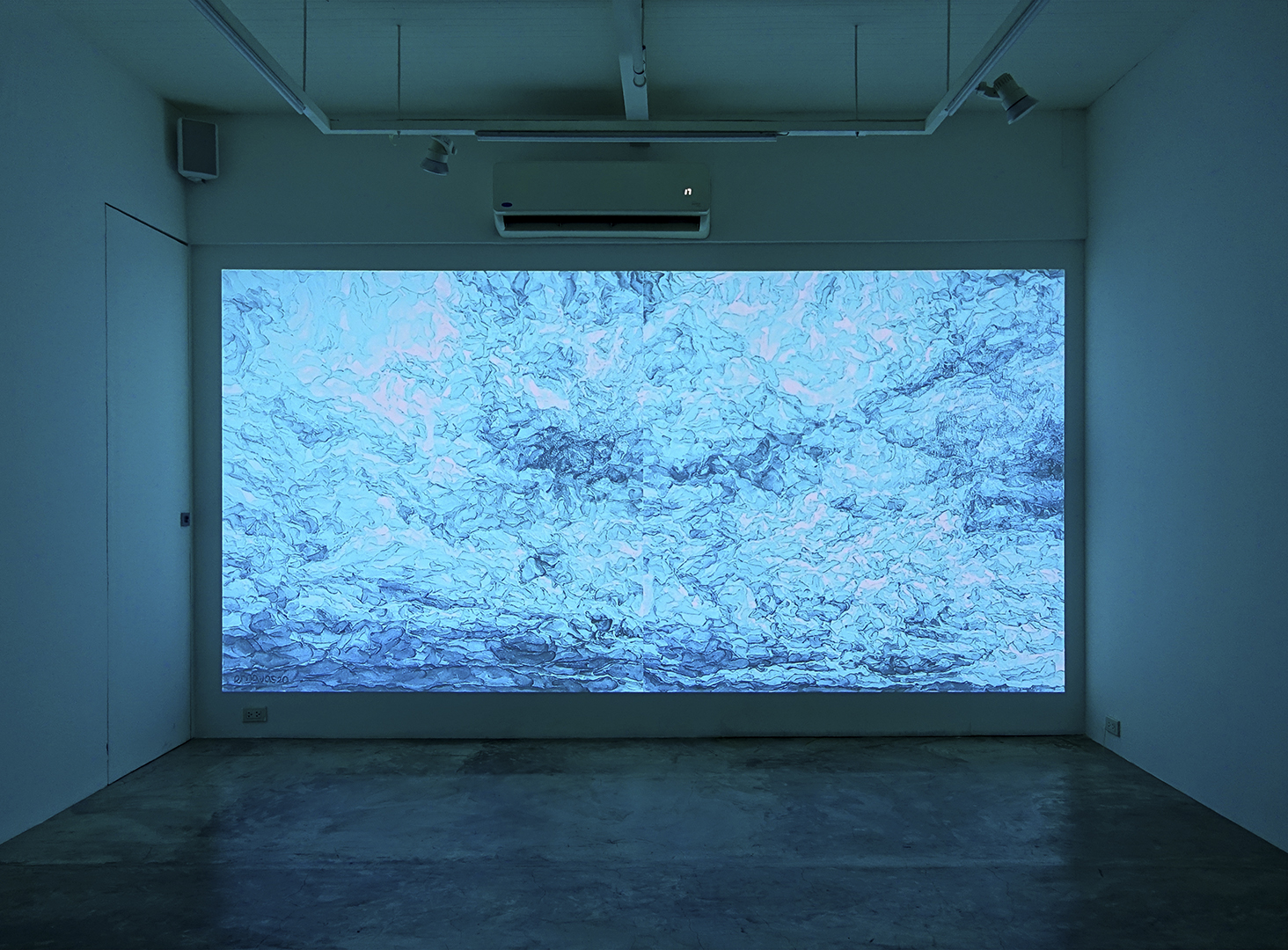 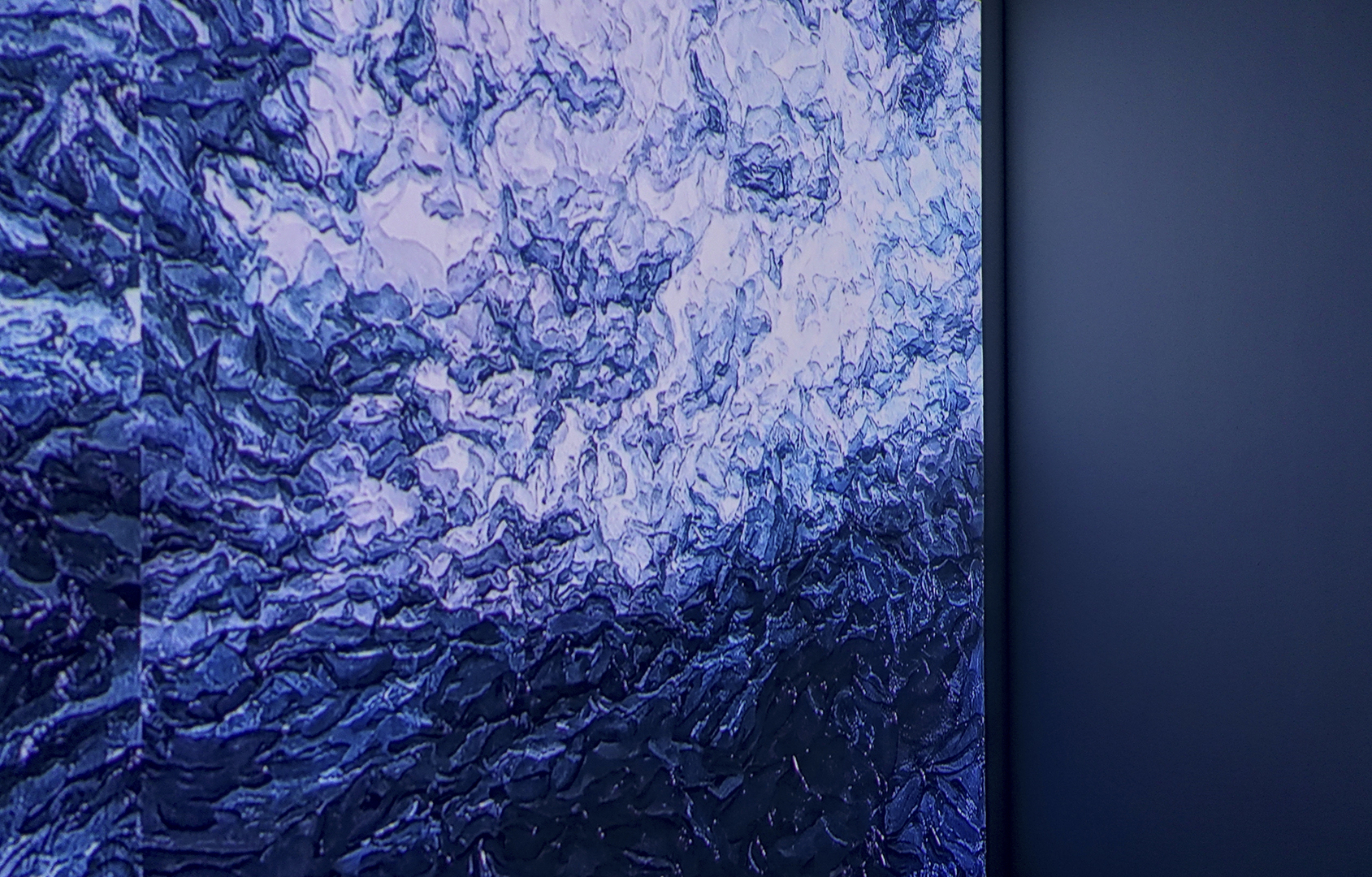