MM Yu at West Gallery presents paintings that explore the medium’s material process through drips and pours of every stripe, blurring the lines between mechanical and gestural mark-making, as a reflection on image production developed from negative and positive representational strategies.

The drip as painterly ploy is known from legendary auspices, as an assertion of painting’s material presence, its flat character, and a negation of its role of illusionistic space, which removes the bars from easel dependency perpetuating the bond of servitude to reproduce facsimiles of plain sight – something photography has already done quite perfectly. The drip connotes presence: gesture – choreography of awakened intention, abstract in configuration, in lieu of rote realism. On the surface, multiple lines of colors point forever towards the limits of the canvas square becoming an infinite inventory of choices. The linear drips crisscross to form a grid, an intersection, or a map blurring the boundaries of substance and idea, identity through the process of ambiguation – a lived experience. This is what painting serves for an artist who is also a photographer, as painting offers a practice of doubt, without illusion, in relation to photography’s certain documentation.

In MM Yu’s works, both mediums blur outside of their procedural boundaries paralleling the bifurcating drips. Her paintings assert the rudimentary physicality of a mark visible to the eye, an image registration: we see what the image is made of, from these individual units, of various stripes, in assembly, to form. Whereas the reality of the photographic image is reversed: a narrative of forms unconscious of their essential fact, with the photographer as witness, a recorder of events, not the initiator of it as in painting. MM Yu’s dual practice are mere counterparts of each other, a complimentary process that explores the negative – an invisible affiliate to creation consisting of random, chaotic, abstract conditions, reaching towards positive ends – recognizable, social, functional; with each pole alternating to create complex patterns of interpretation, while establishing new imaginative paths left of here. 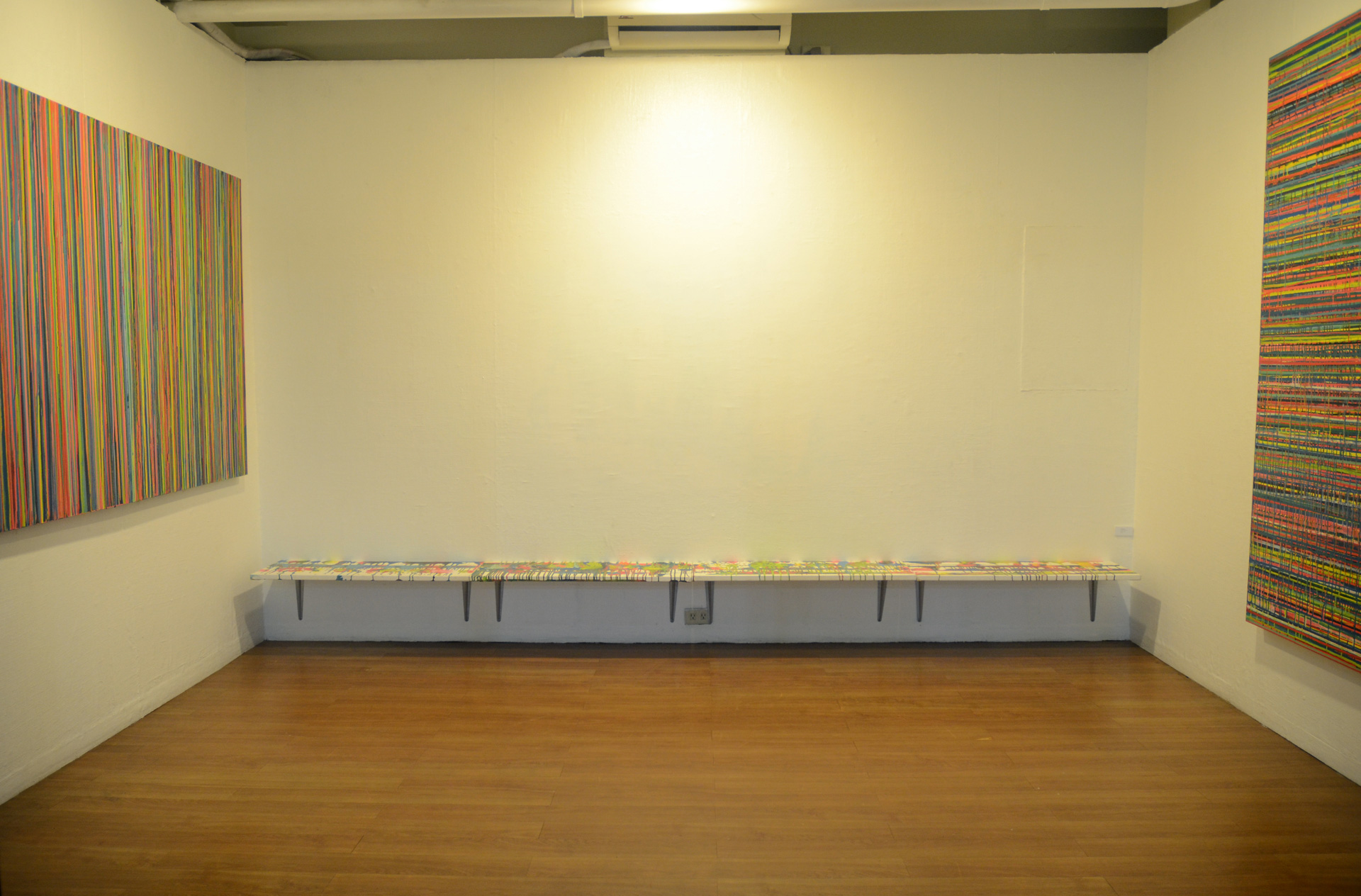 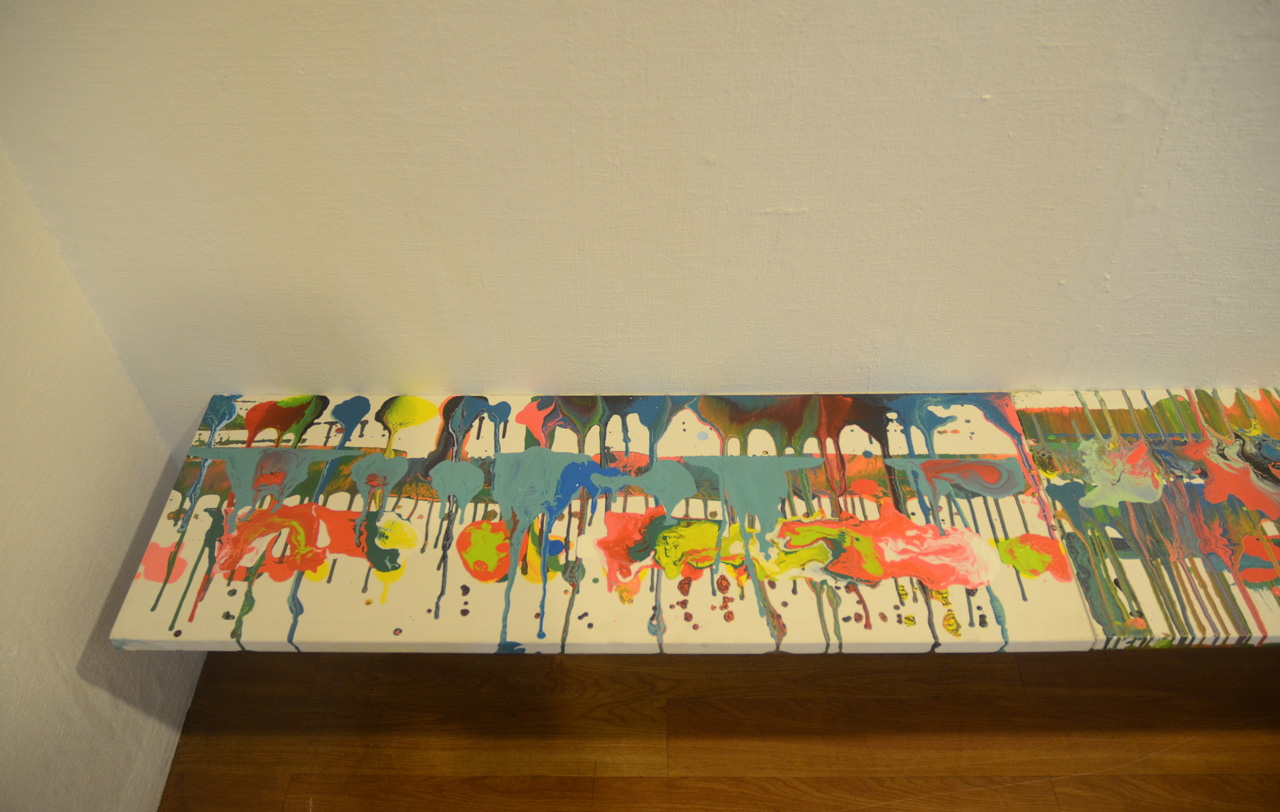 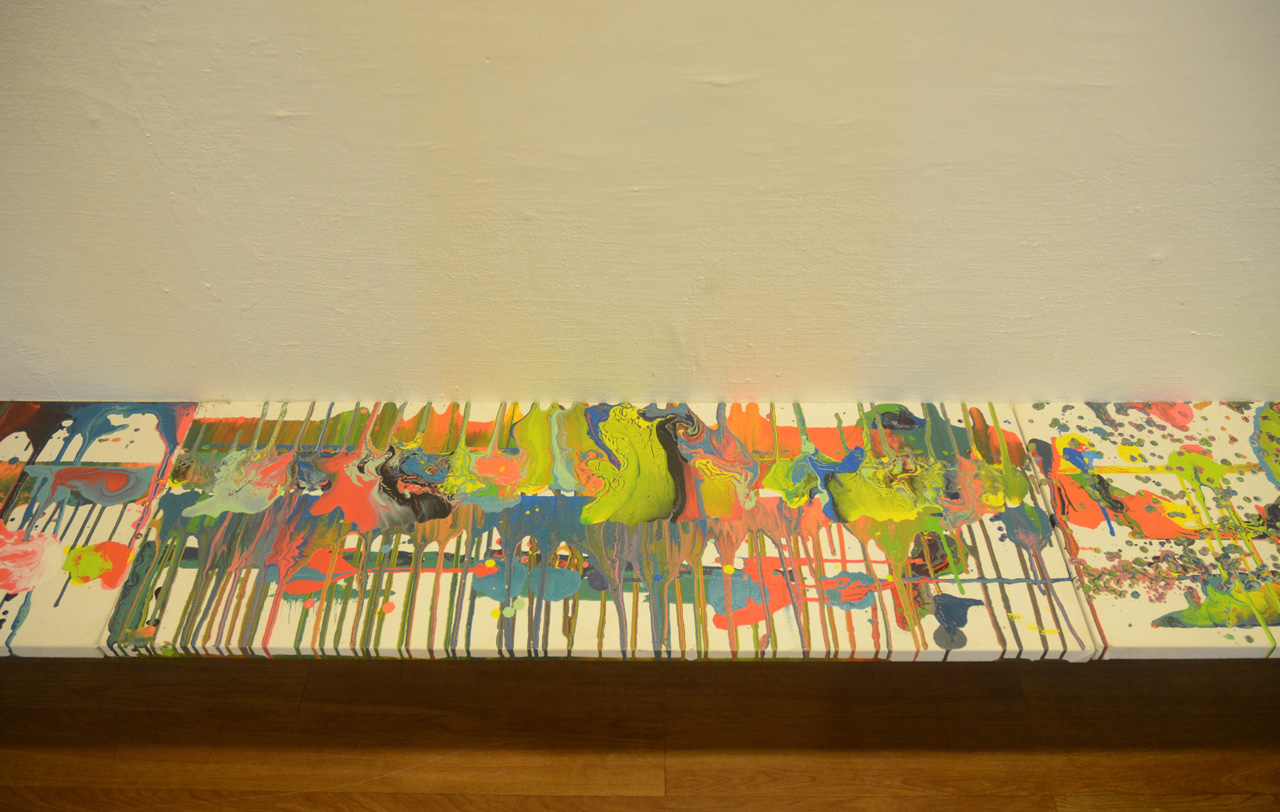 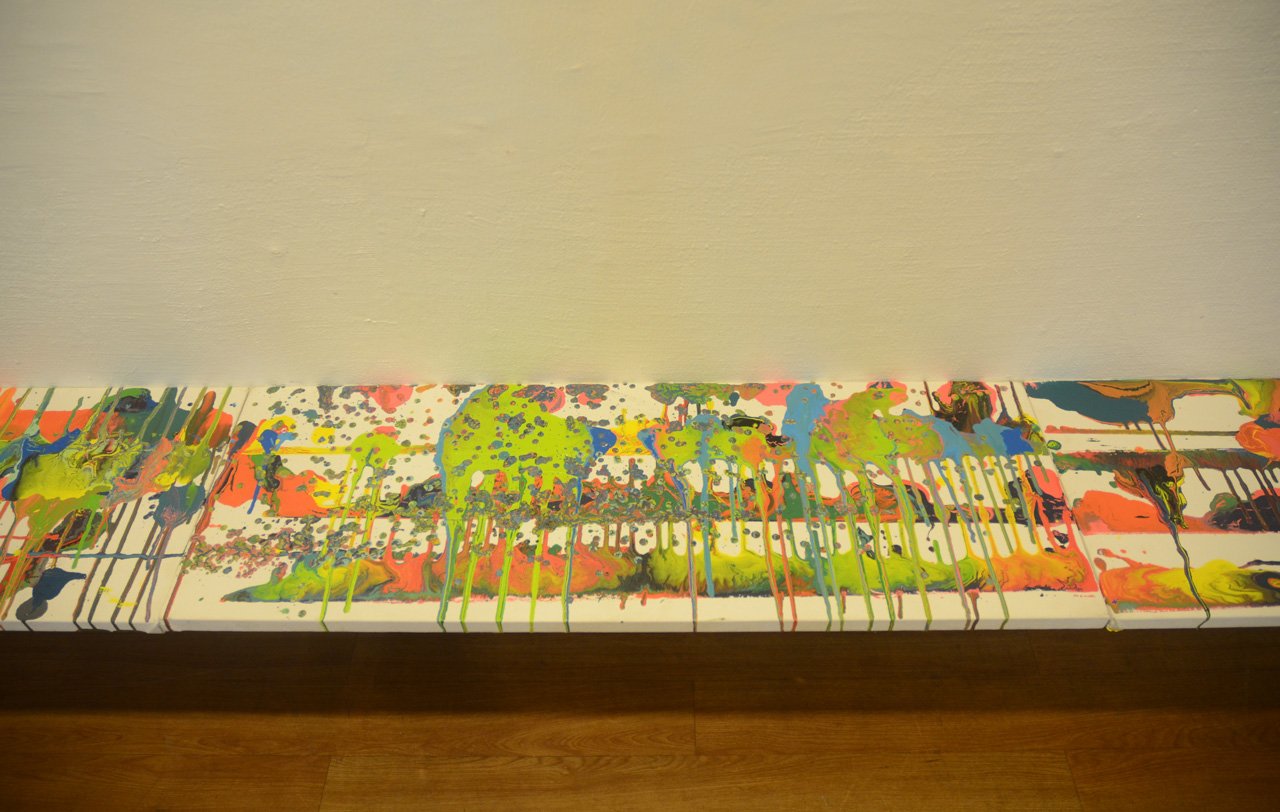 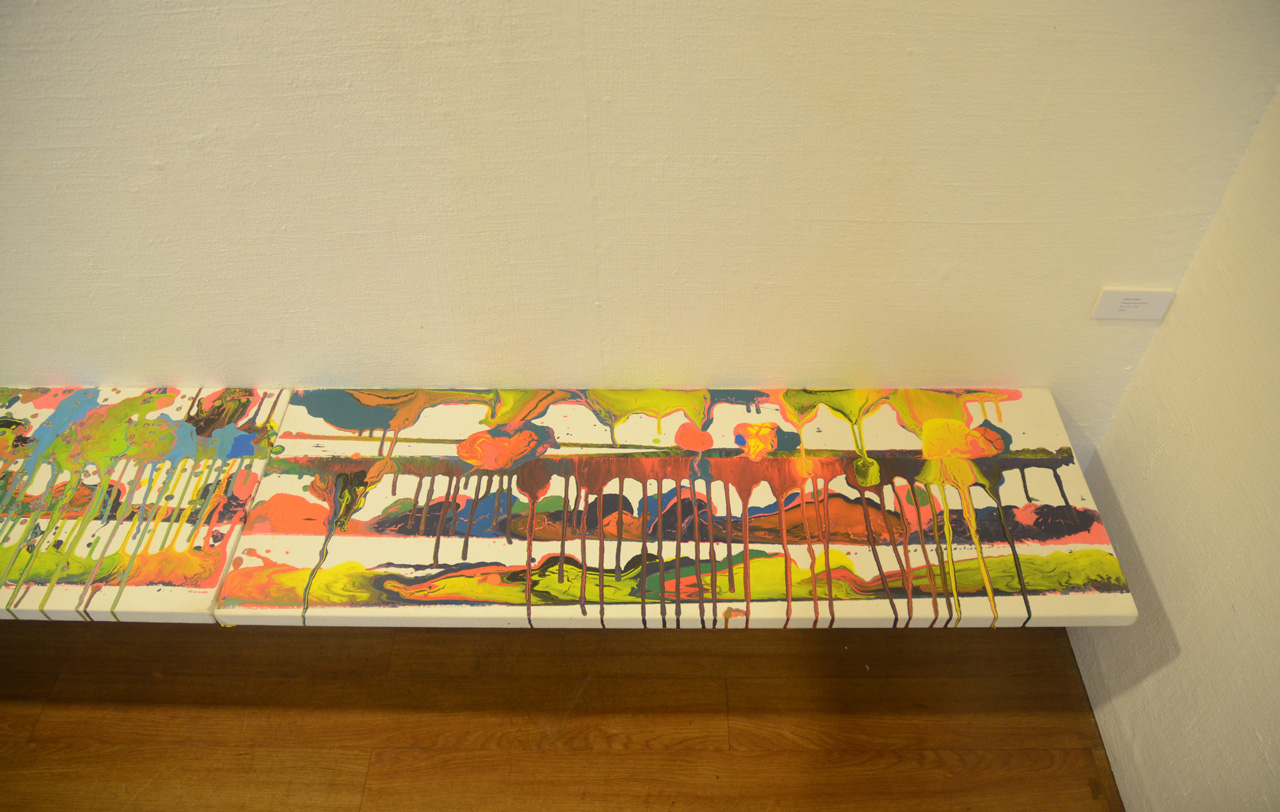 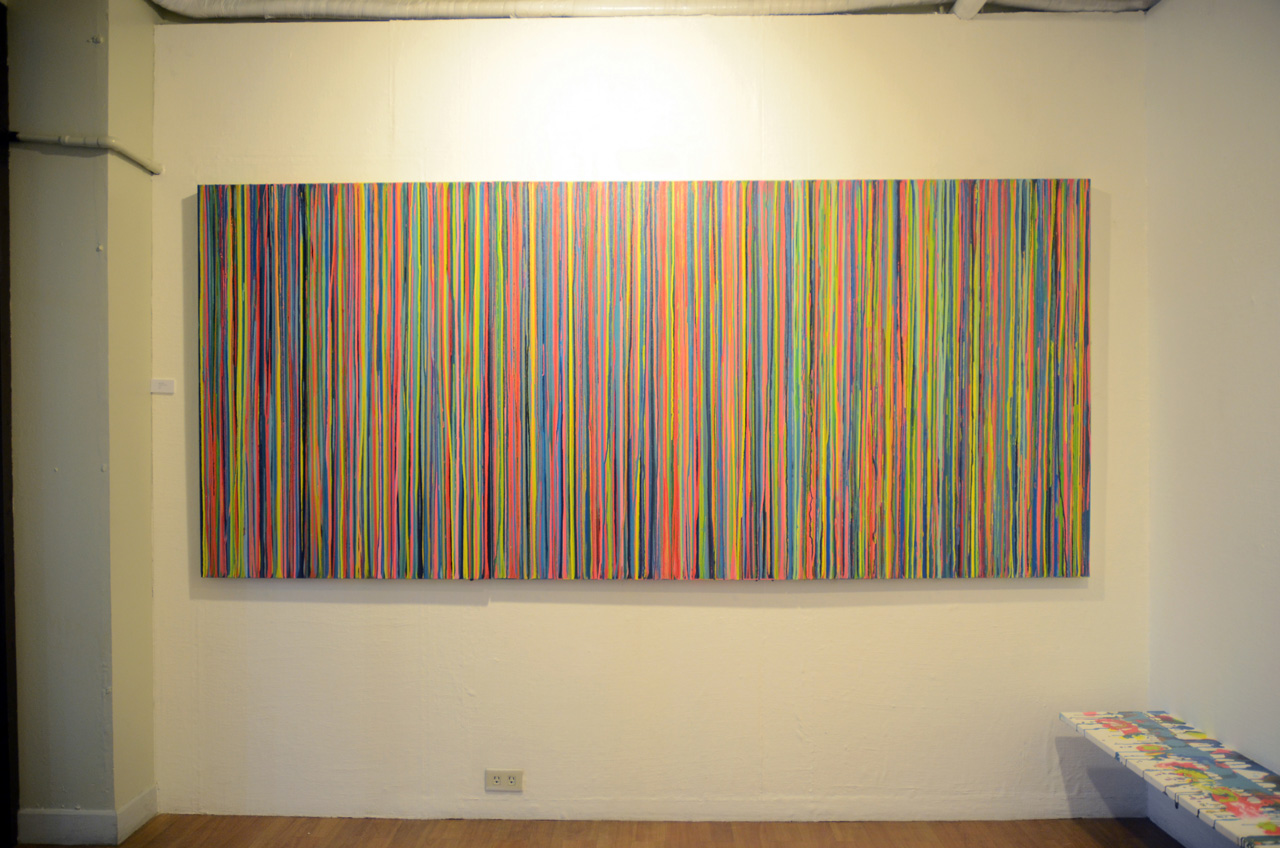 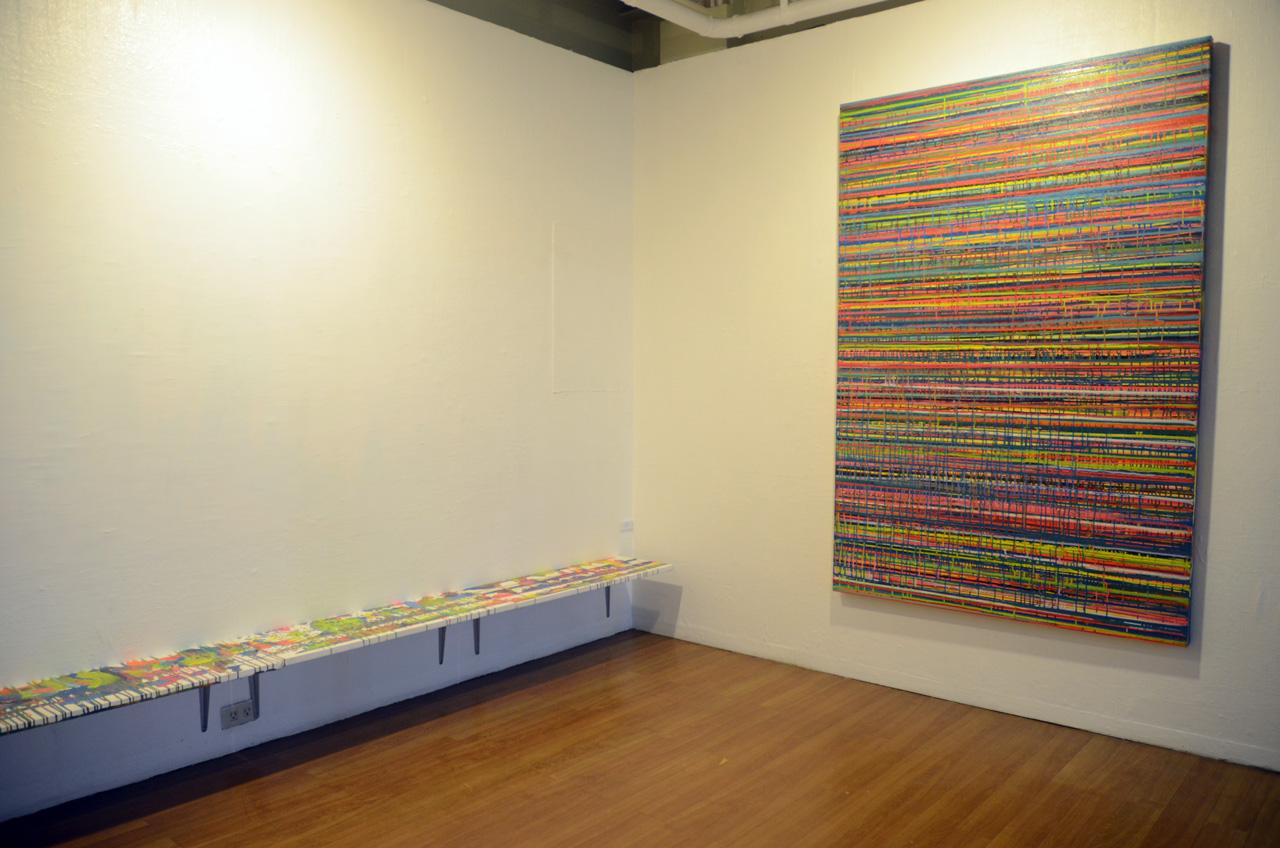 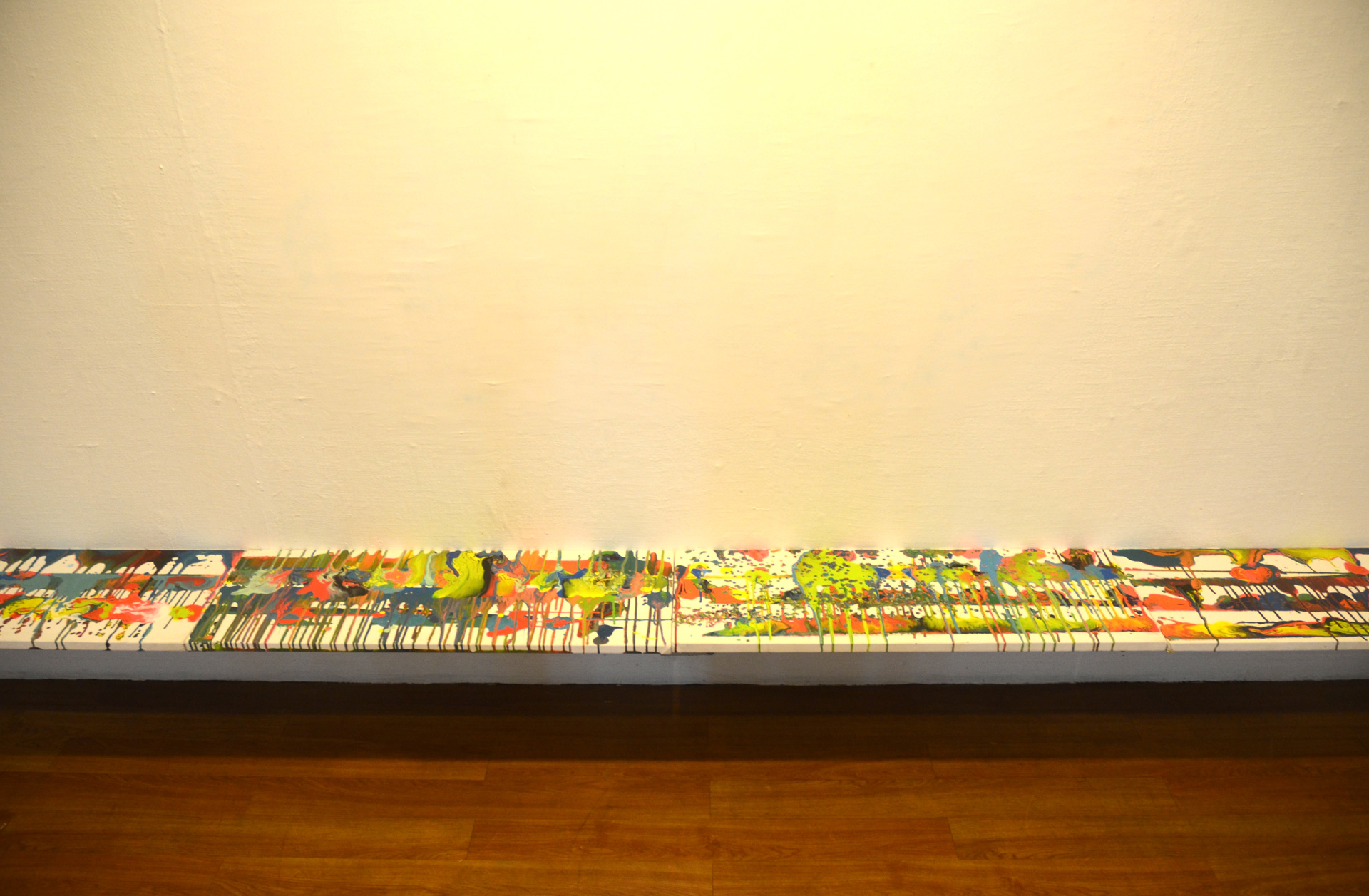