Coming from the heels of the year-long ‘Chabet: 50 Years’ series of exhibitions, Roberto Chabet celebrates his 75th birthday with ‘House Paintings’, an exhibition of new works in West Gallery on 29 March 2012.The exhibition features thirty house shaped acrylic paintings in various colors combined from the three primaries, plus black and white. The work recalls two of Chabet’s previous works – ‘House Paintings’ in 1986, a group of black house shaped wall panels with plywood shelves and objects; and ‘To Be Continued’, a recent set of colored plywood panels painted by his former students with their own particular mix using the primary colors. The work, first done for Chabet’s ‘To Be Continued’ exhibition in the Institute of Contemporary Arts in Singapore last January 2011, is in itself a work in progress and was extended with additional painted panels for the current exhibition in the Cultural Center of the Philippines.Spread across all the rooms of West Gallery, Chabet’s latest line of serial paintings builds on the basic schematic of a house through repetition and evolution of color. Secured on the wall, on top of his ubiquitous plywood shelves, one after another, they are almost like readymade, prefabricated housing developments spreading out all over the suburbs, and increasingly within the city center. Their anonymity is heightened by the feature-less uniformity and flatness of the paintings despite their bold and bright colors. Green, orange, purple, pink, brown, grey – the possible mutations of colors are endless, suggesting simultaneous unity and diversity, and a perpetual flux within the work.Chabet’s training as an architect may be seen as an explanation for his predilection for creating spaces. In his early work in the 60s, windows were openings to another scene within a scene, framed views of another world seen from an interior, a room. He often sketched houses, from the cliff side stone houses in Spain to the barong-barongs and shanties in Manila. Since the 70s, he has been creating actual environments, or installations, that occupied whole rooms. Plywood panels and GI sheets – common building materials, have become familiar makeshift walls housing his inventory of anxious objects. Interestingly, many of these installations were often seen from a particular vantage point, like a window or a door.But far from permanent structures, Chabet’s works are mainly architectures of transience. His early nomadic experience as a child growing up in post-war Manila also serves as a context for his installations and other ephemeral works. The destruction caused by the war, which he witnessed and survived, symbolized all the failures of Modernity, which we are still trying to resolve up to this day. Going against the pure, solid, heroic, and monumental constructions of the Moderns, Chabet’s idiosyncratic yet calibrated expressions are conjured from disparate common materials and sources, brought together to create a pool of epiphanies and meanings, if only for a while. Gaining meaning for their fleetingness, they are momentary tableaus assembled from the ruins and detritus of everyday life.Chabet’s ‘House Paintings’, like most of his assemblages, are both matter and metaphor. They are self-referential attempts to blur the distinction between the actual object and our image of the object. In this case a painting of a house and our understanding of a house, along with the manifold of associations of domesticity and a sheltered life. In the process of stripping the house painting down to its literal form, Chabet also creates a kind of contemporary urban geography that is continually being reconstructed and transformed. 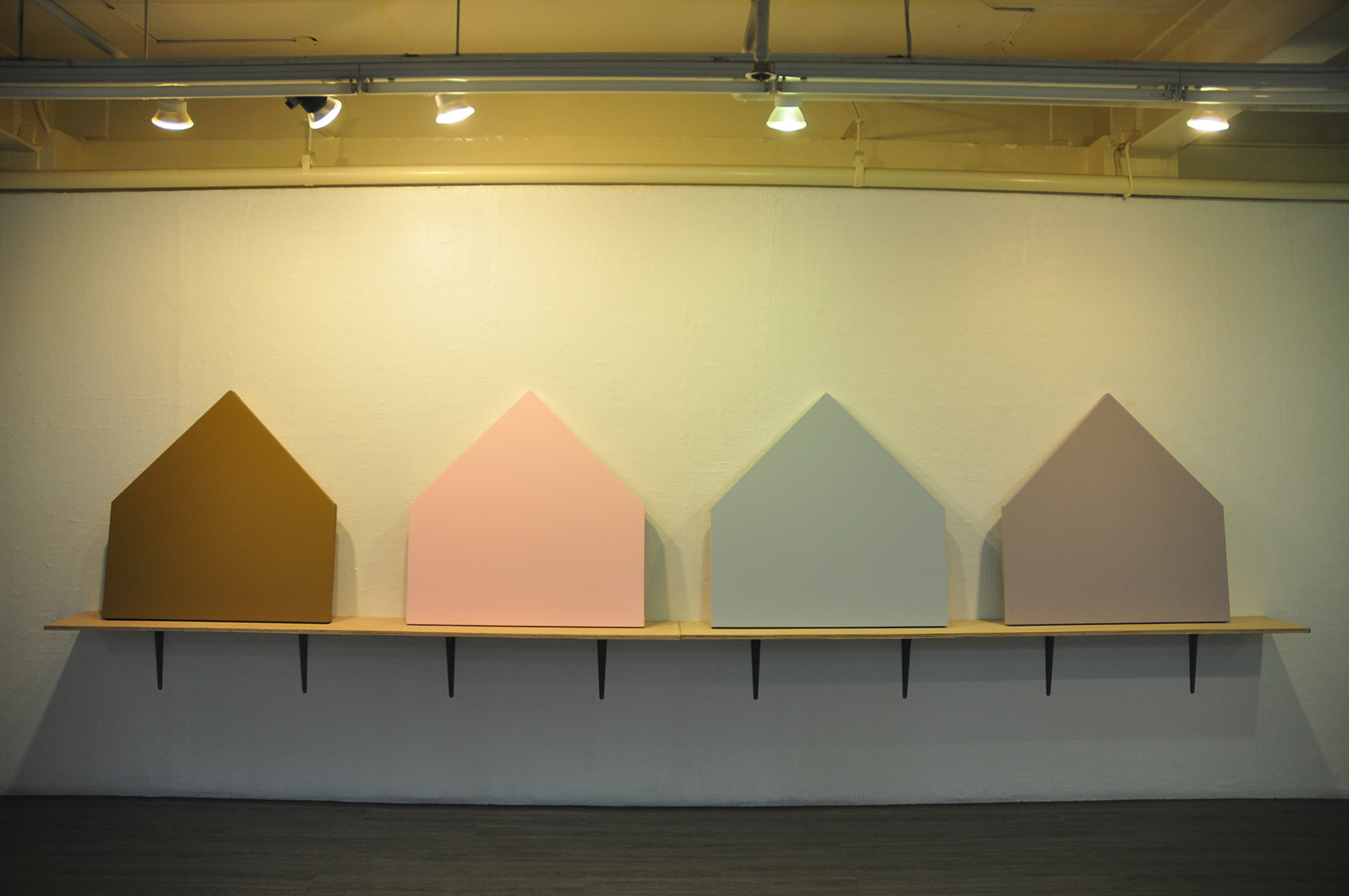 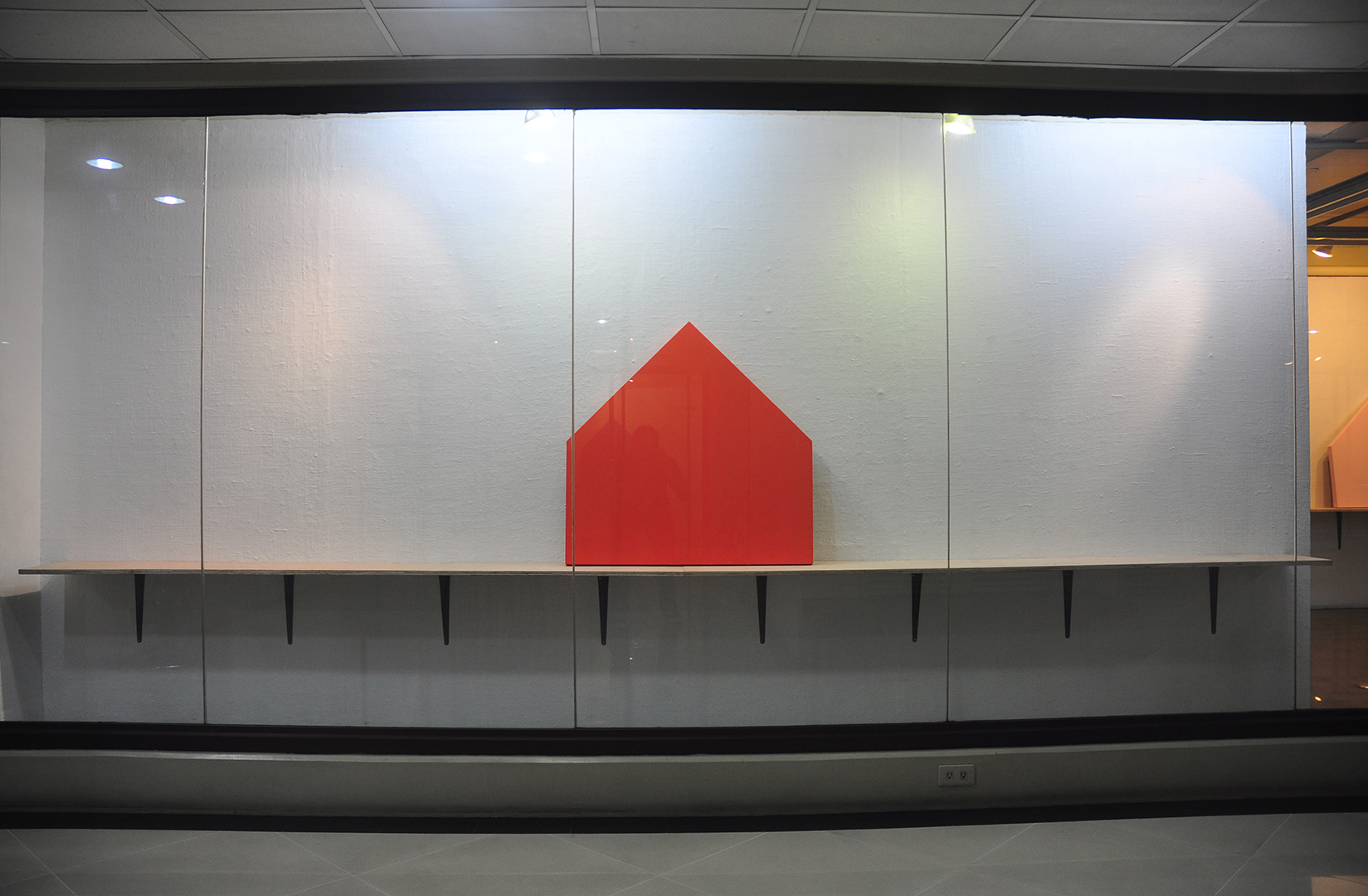 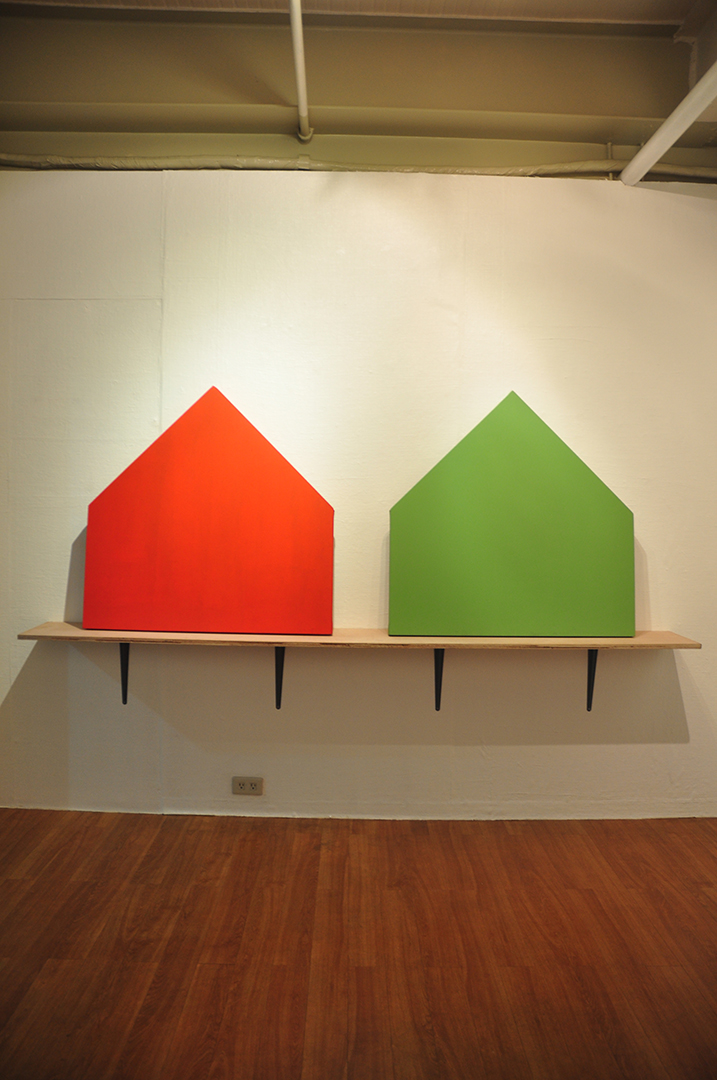 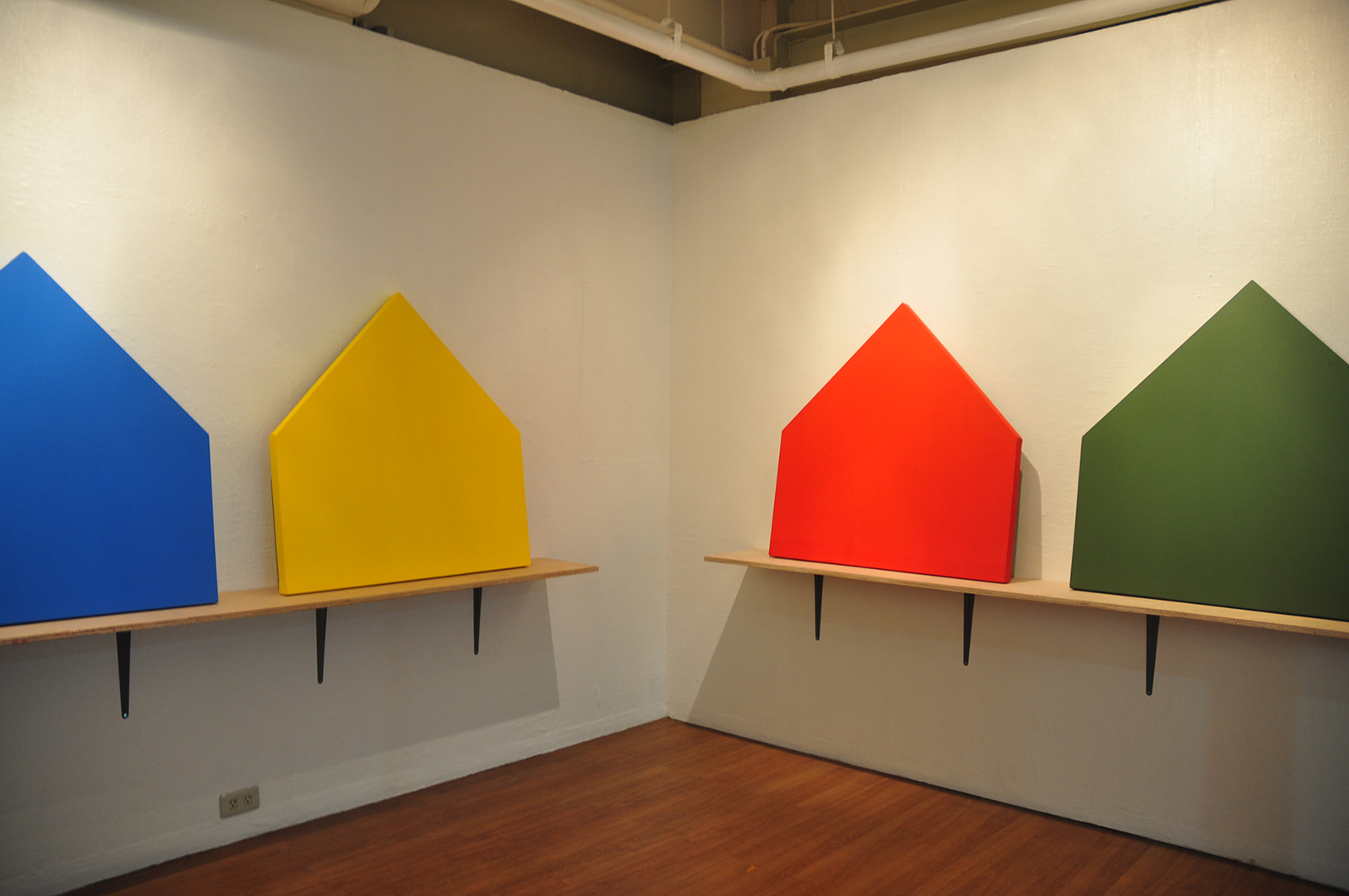 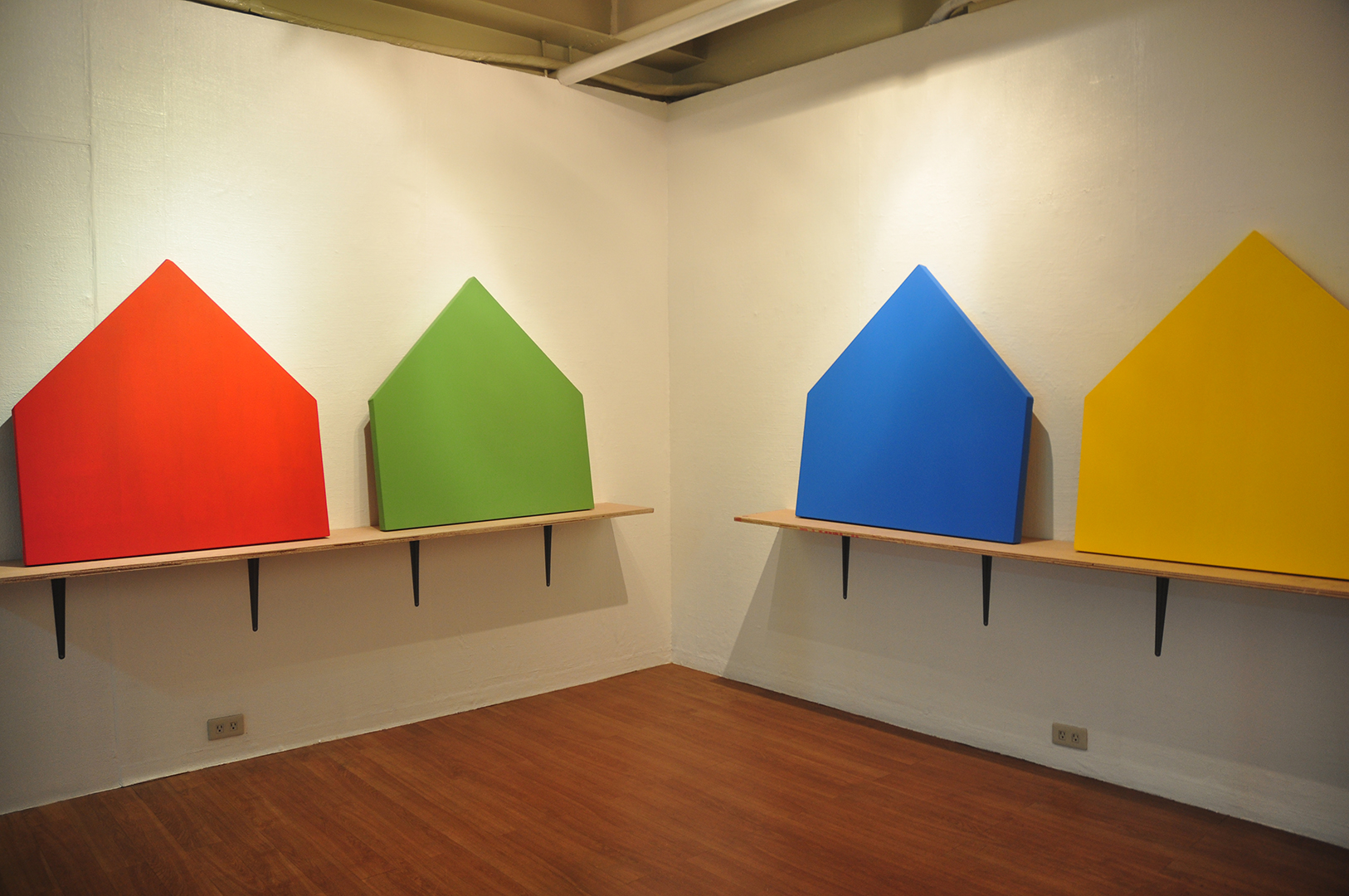 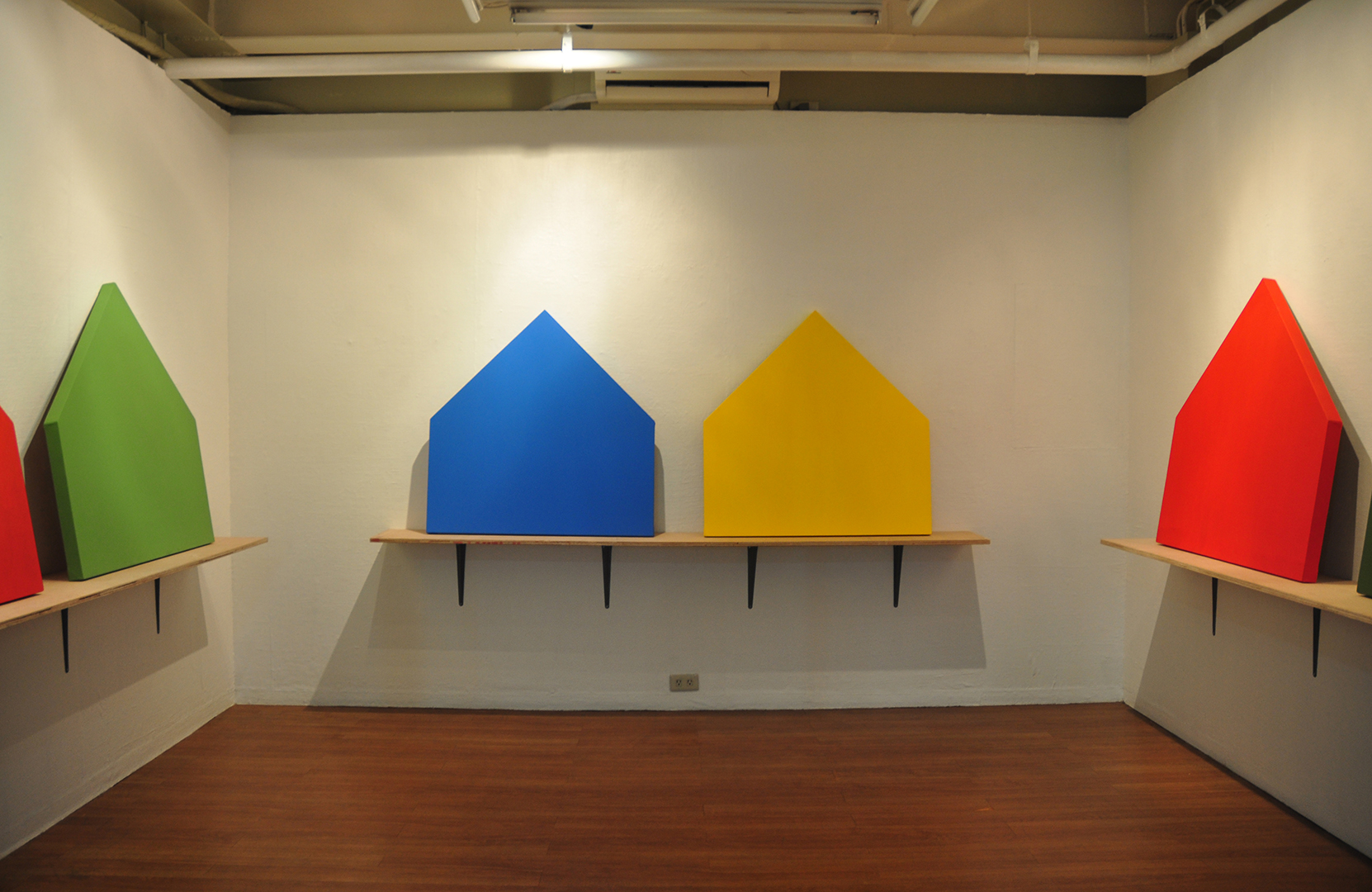 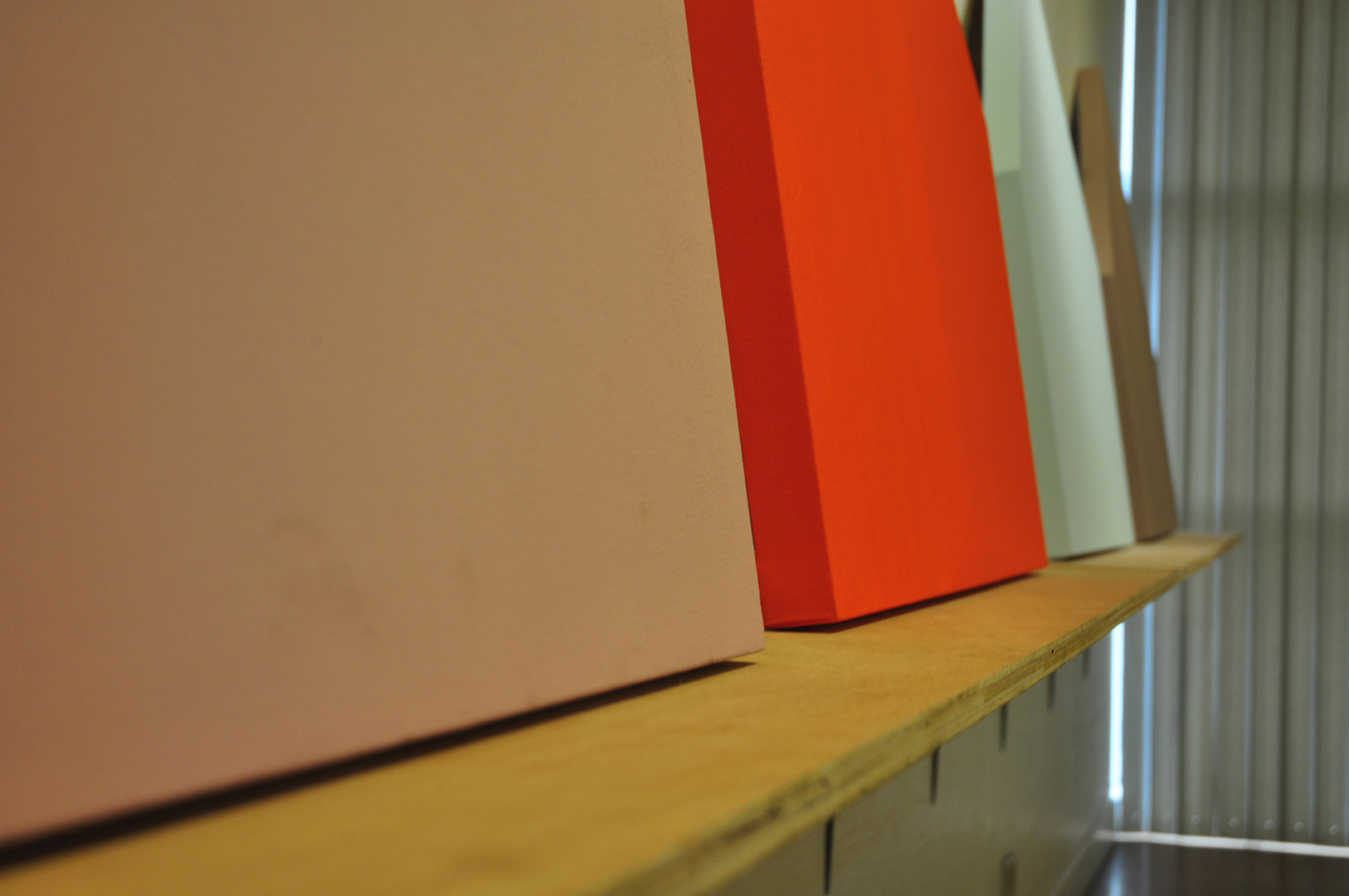 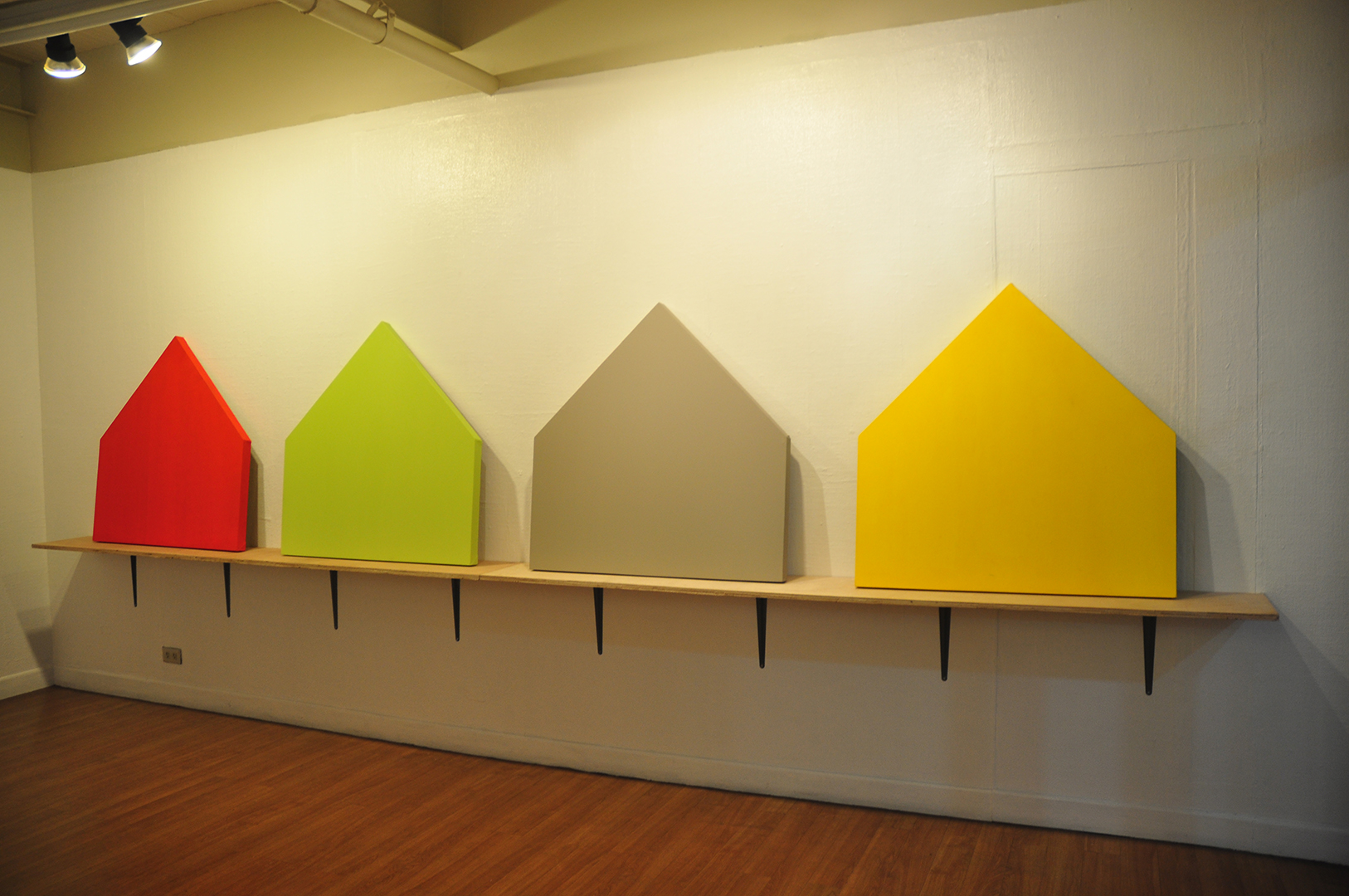 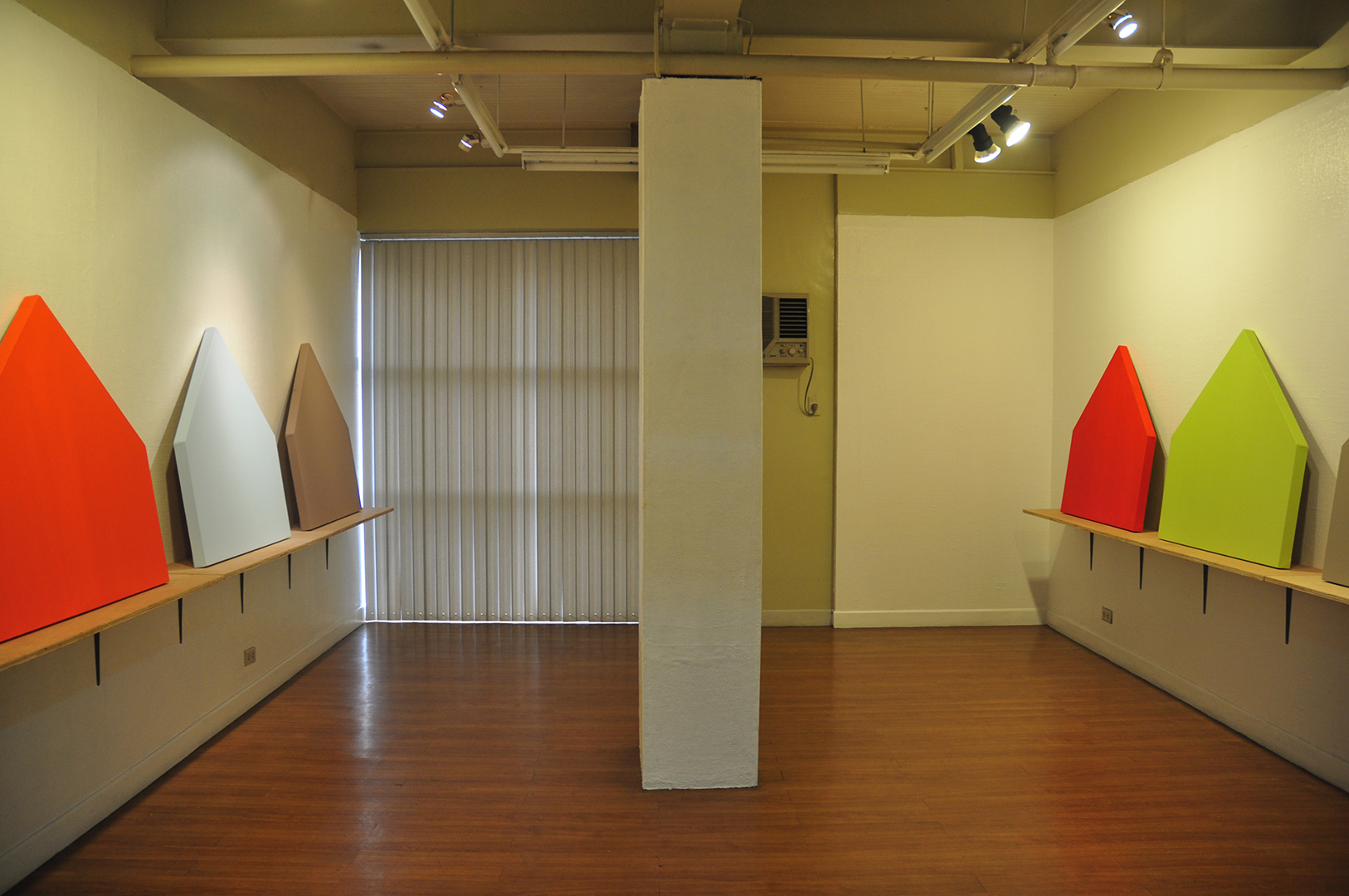 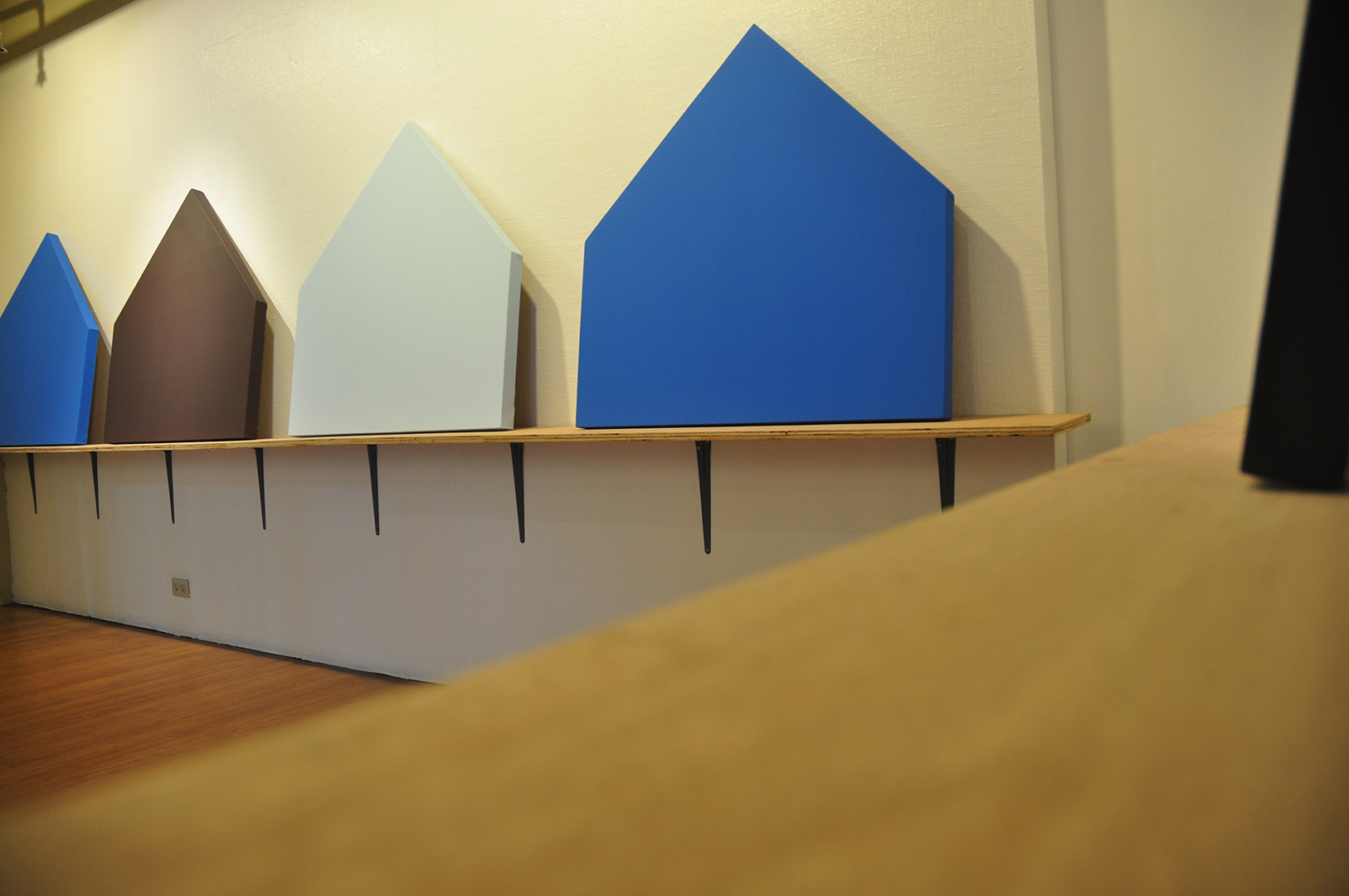 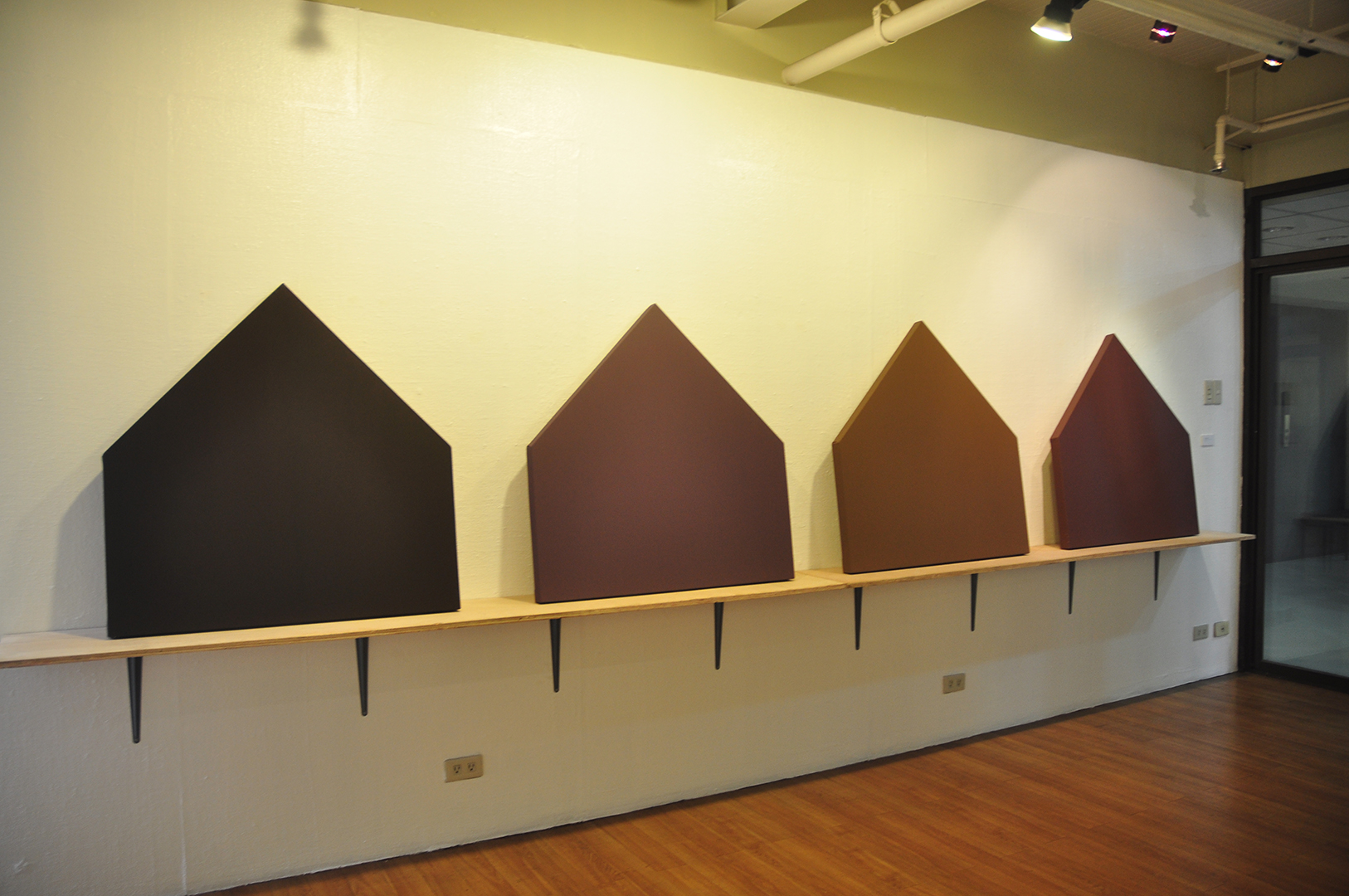 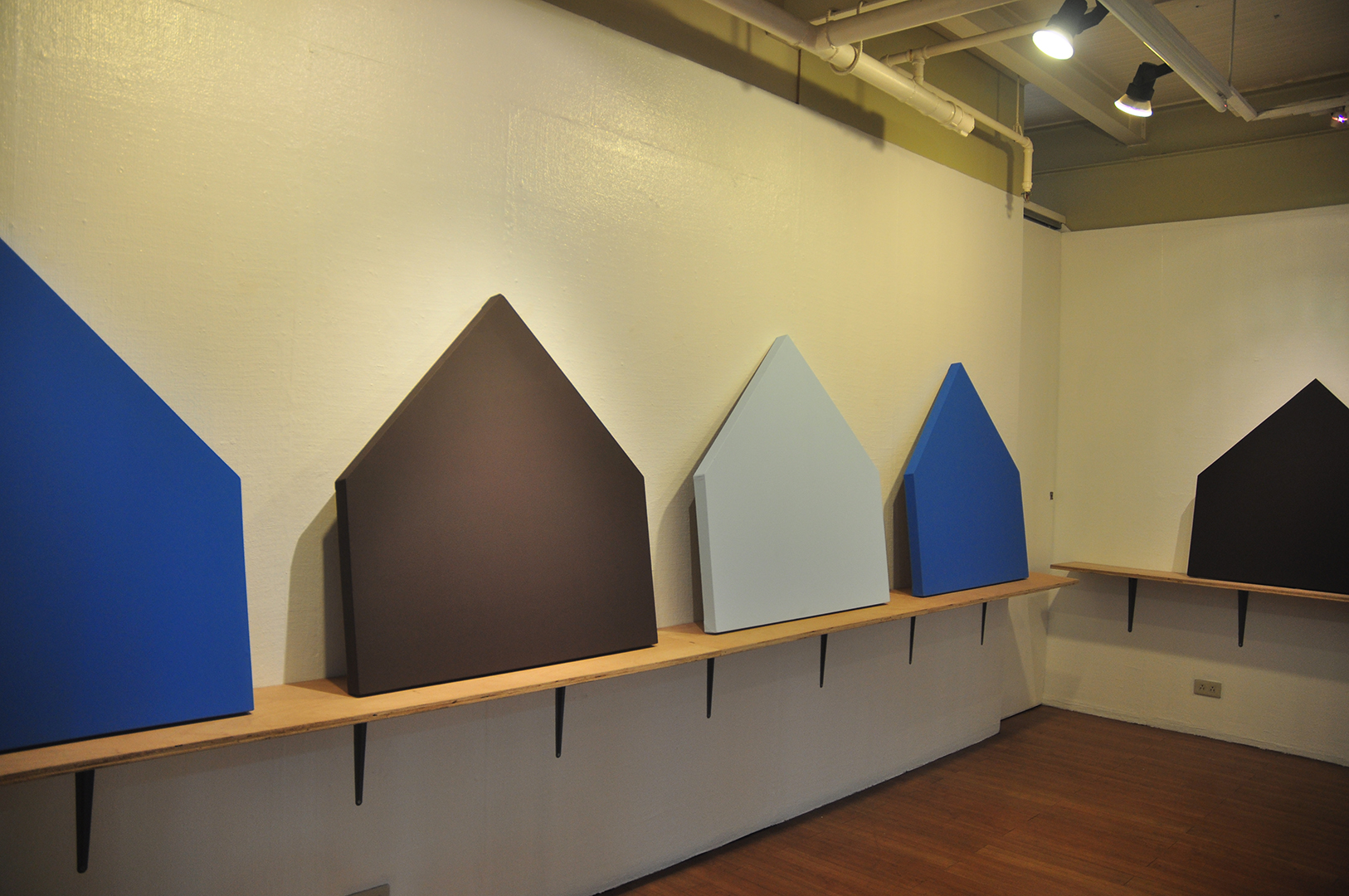 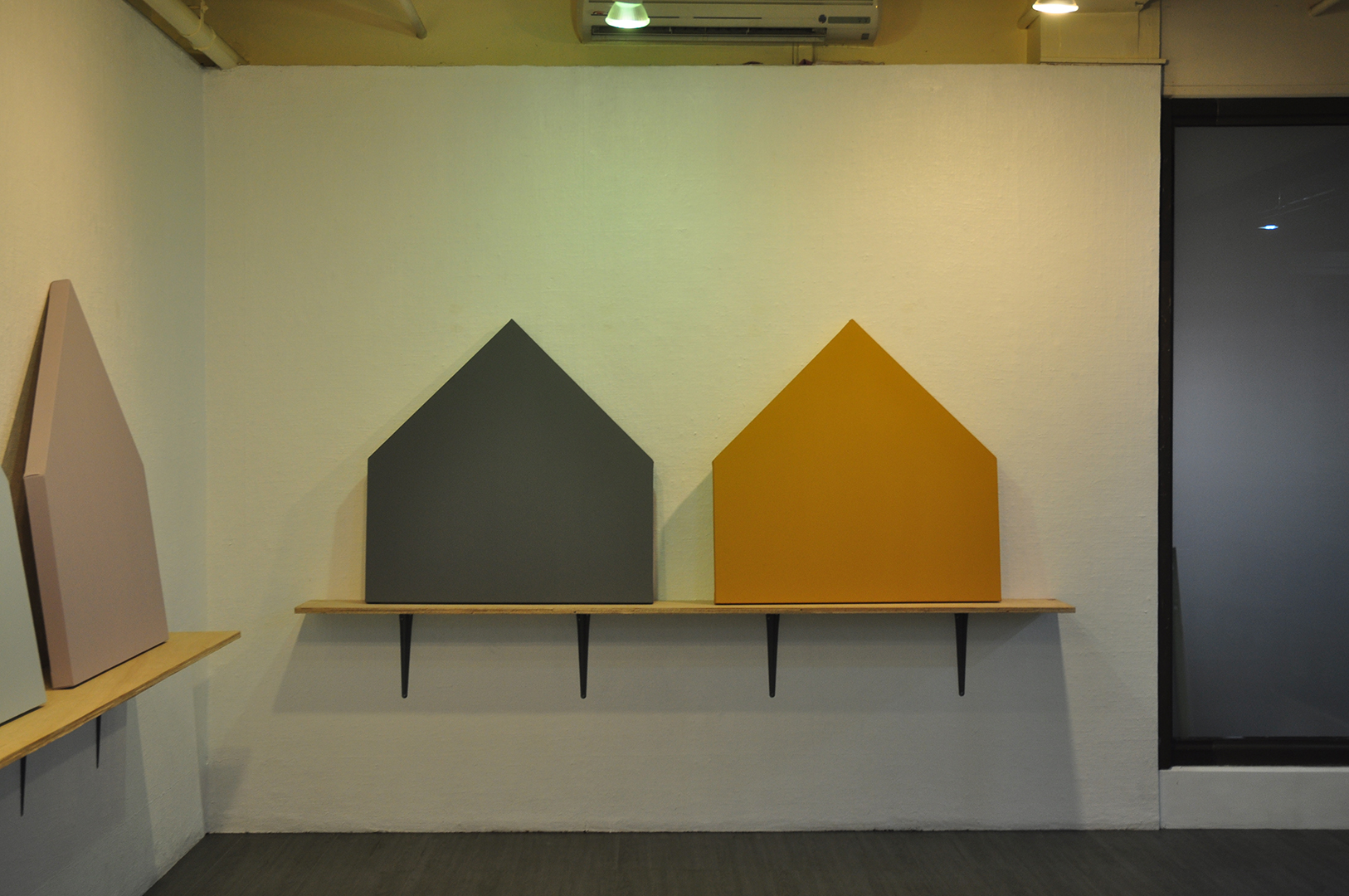