Eternally Up in the Air

Kelli Maeshiro’s “Eternally Up in the Air” is a deep plunge into the pools of abstract painting that tread around the fringes of craft and design, while broaching the question of identity in the age of globalization.

Cropped in windows of azure fields awashed in subtle modalities of mood – an ambient impressionism for the digital age, these cloud-like formations by Maeshiro become fertile grounds for the intersection of memory and desire, material and simulation, tradition and the new. Ostensibly, the billowing vapor forms contract and expand on the picture surface that provide an experience of time progression and spatial depth, welcoming the entry of figurative information and relational imagery that might refer to a certain history, whether individual or cultural, or otherwise, with the mere randomness of signs to give way to the necessity of narrative. These widening universal grounds that Maeshiro provides in order to simulate a metaphysical encounter are foiled by varieties of artistic strategies, aforementioned is the introduction of recognizable figures and things, drawn and delineated like heavenly constellations high above where each connection made are attributed with a story of origins, Being, or a forecast of the future based on those relationships. We recognize bodies standing or waiting, in modes of transition, of traveling in-between stops, eternally up in the air: stories, data, profiles, uploaded and stored above the “cloud”, flowing through a global network of abstract currency. Besides these figurative fragments, appearing also are outlines of flora applied allover in design that break the representational reading with a stylized ornamental abstraction. Which carried further, functioning also as another foil in the seam of cloud simulacra, is the application of craft via soft edged curve-contoured paper and textile cutouts that push forward from the flat picture plane, as if bursting forth in Mannerist direction, giving the work a three dimensional presence to it. Nonetheless, the hybrid composition between surface and material gives the work another metaphor about transitional states which Maeshiro attributes as well to the contradiction and temporality of one’s being today. Color also becomes Maeshiro’s strength in presenting the shifts of mood and temperature, alongside the technical precision of her lines and swarming composition, in bringing the viewer to another time and place. The embrace of this warm saturation together with icy glints of blue across the picture creates the same comforts as seasonal environments, summers in the arctic, accessible pleasure on archive. In this series of ambient emotions, luxuriant design, and material play, Maeshiro confronts the paradox of modernist painting of remaining true to its medium specificity, of pushing paint so that it might appear something else without relinquishing its essential material, by way of abstraction, and by extension through craft – a critique of primary disciplines as “minor literature” in hand made creative production; while additionally producing a dynamic interaction between forms to create subjectivity, pleasure, and meaning. 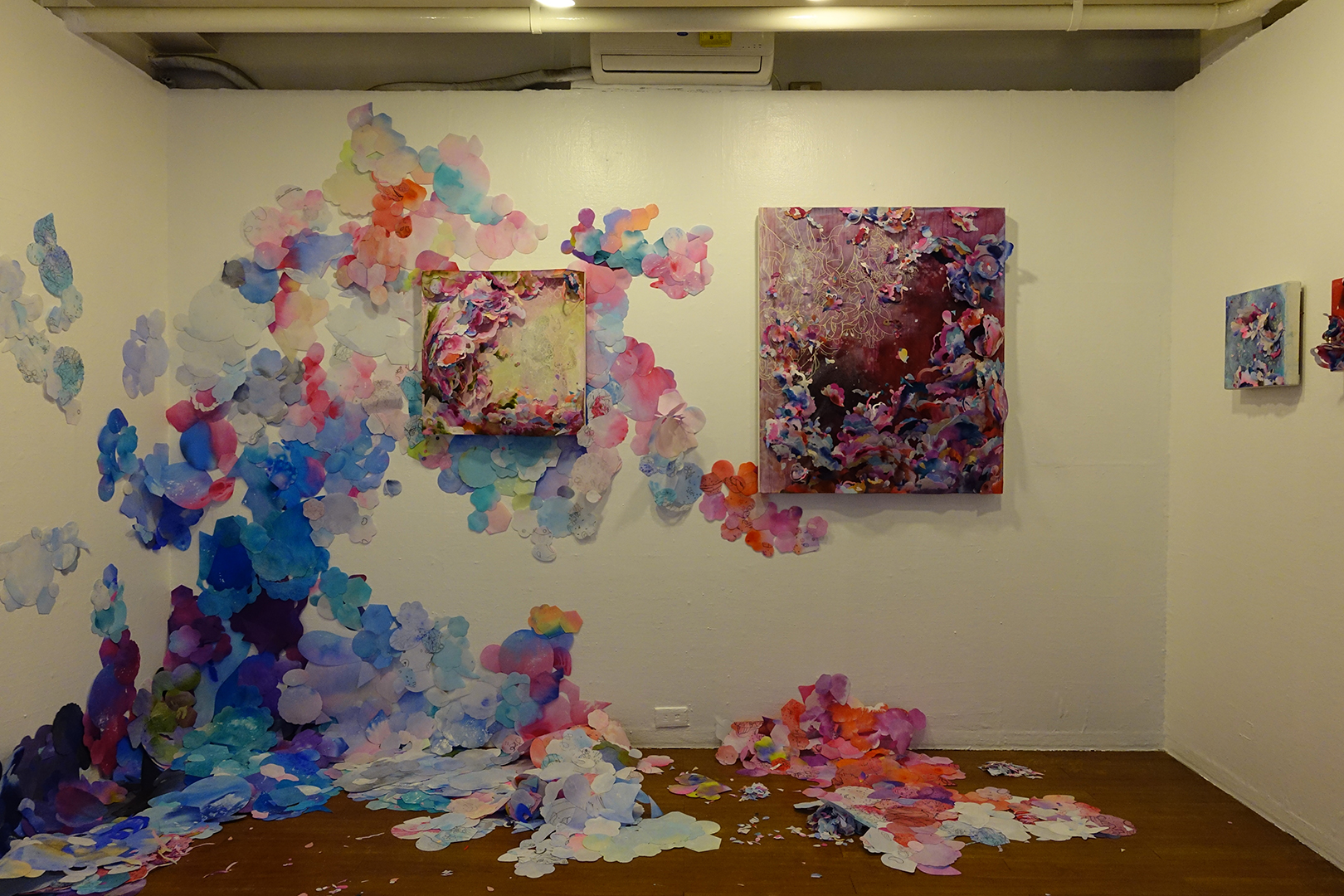 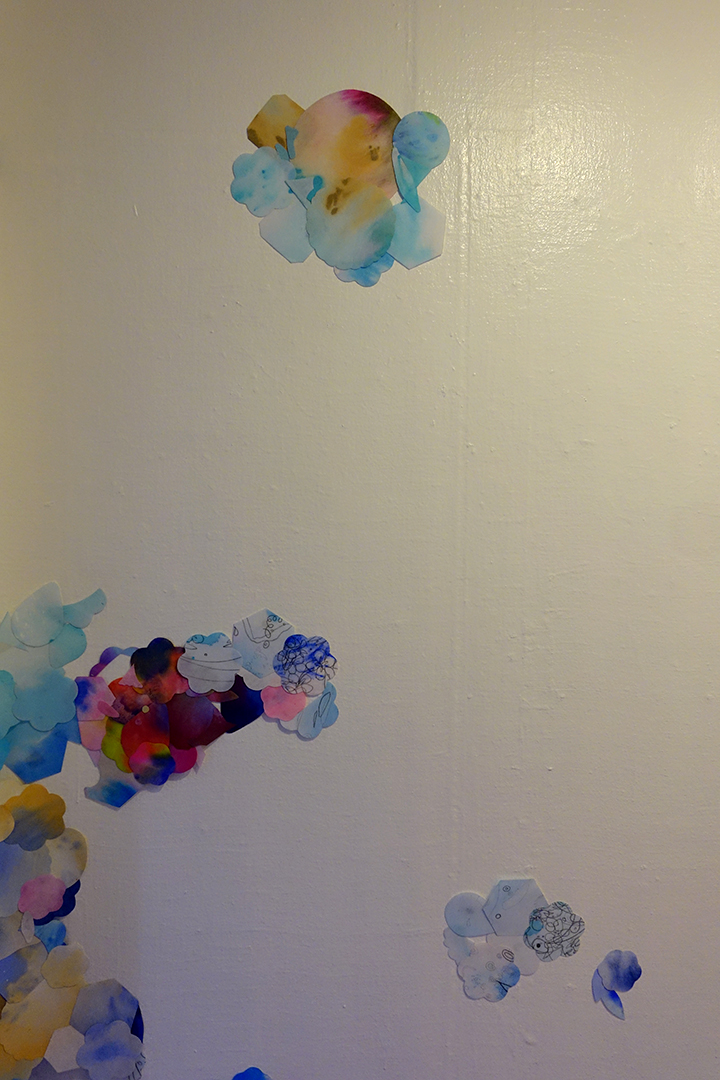 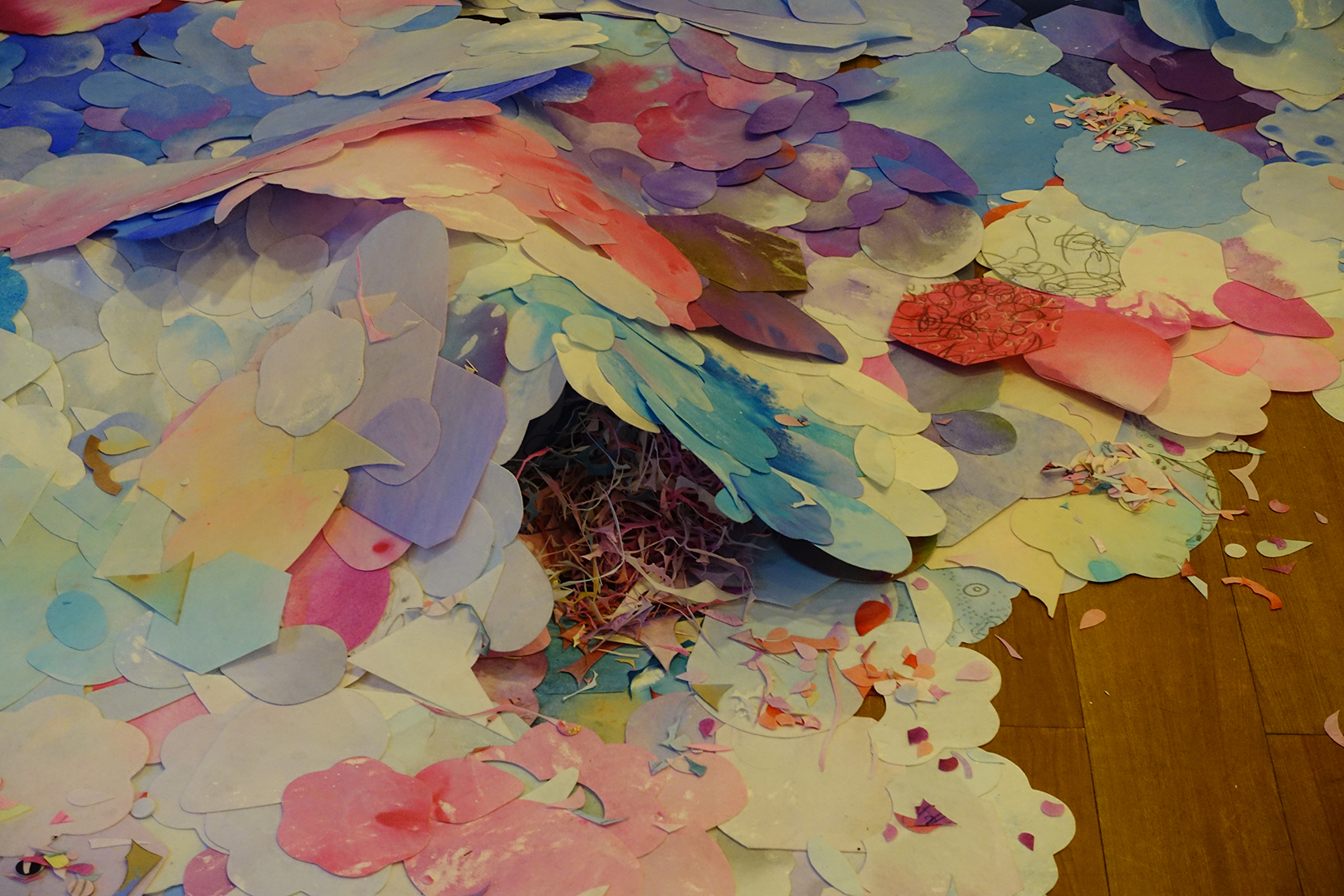 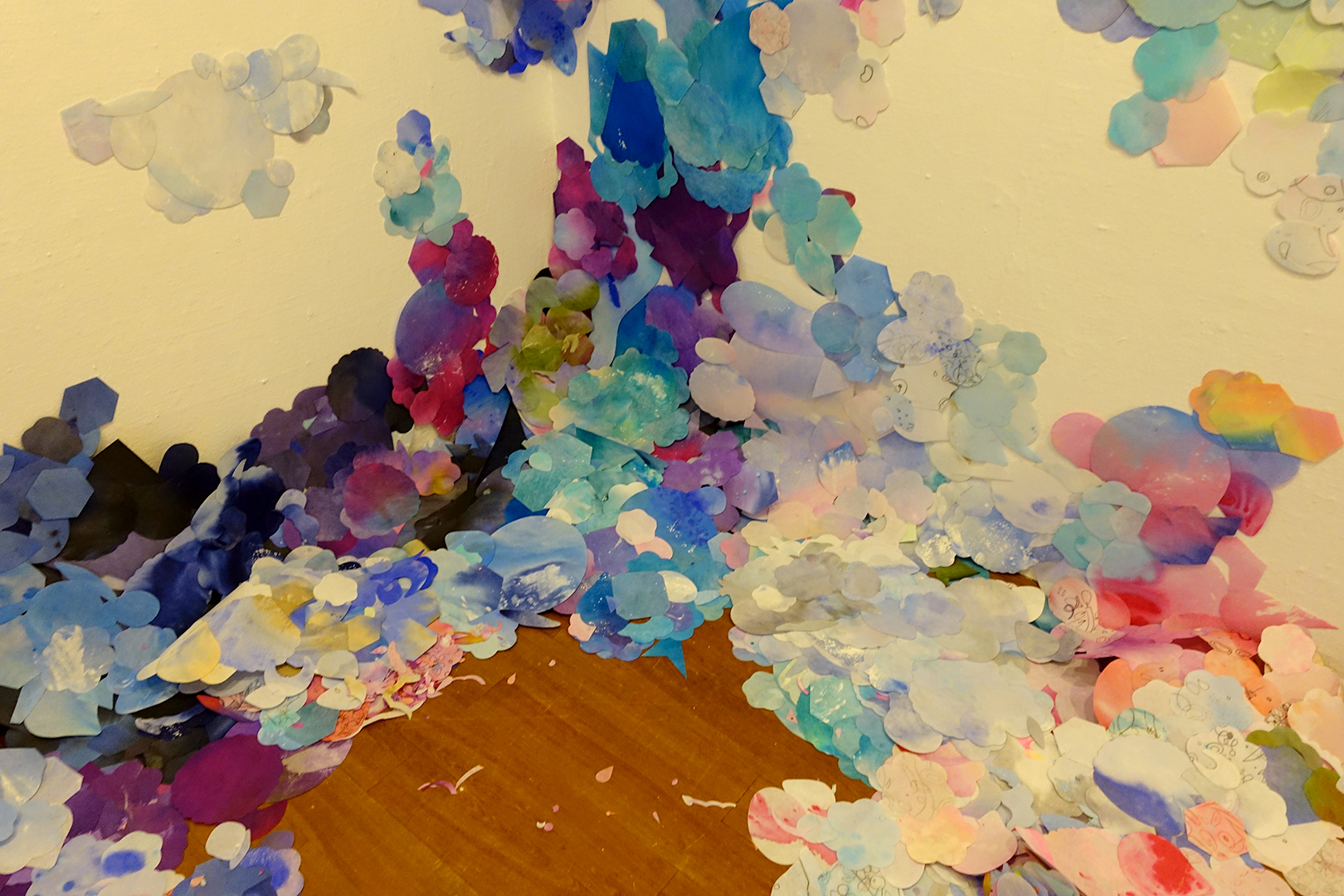 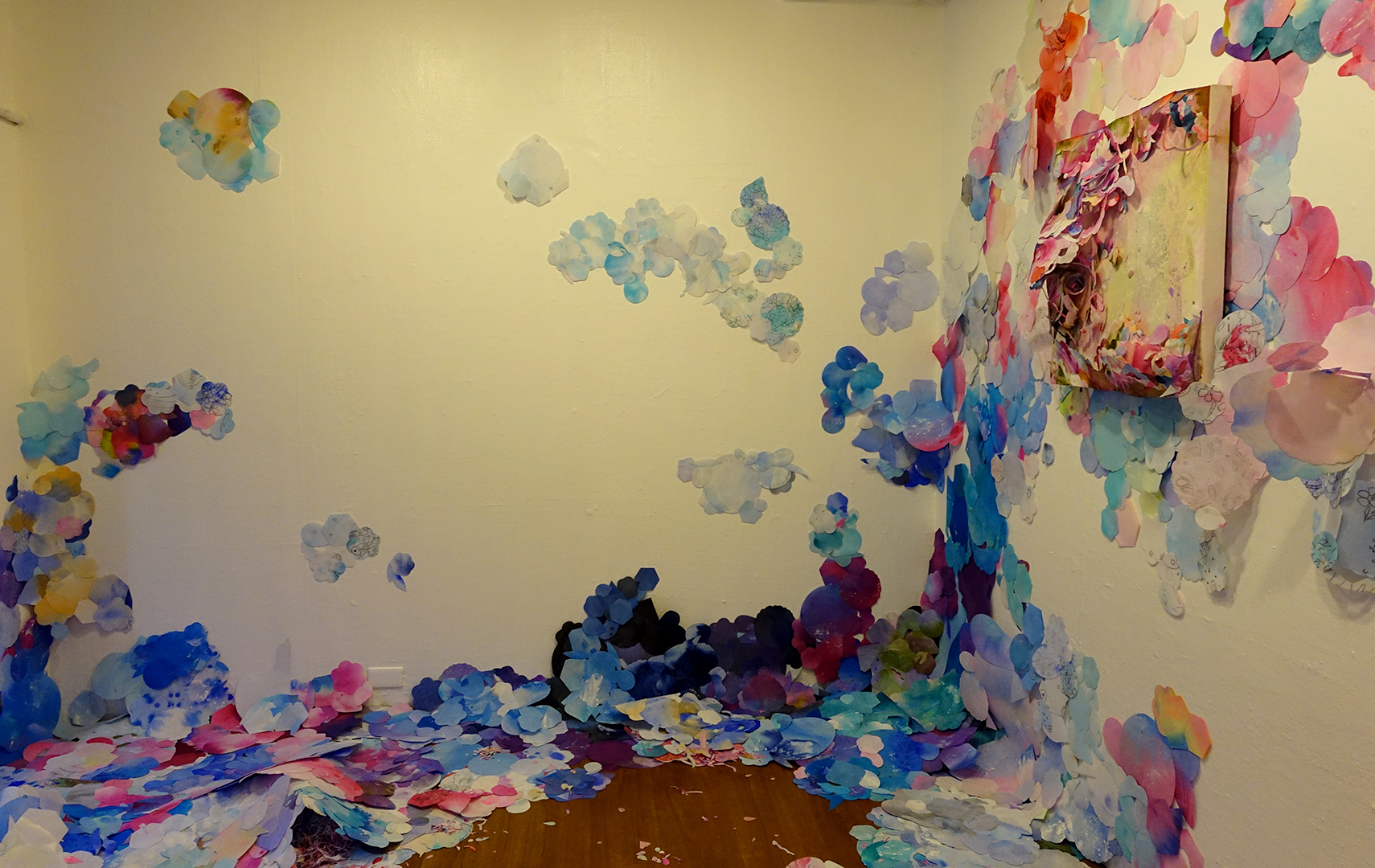 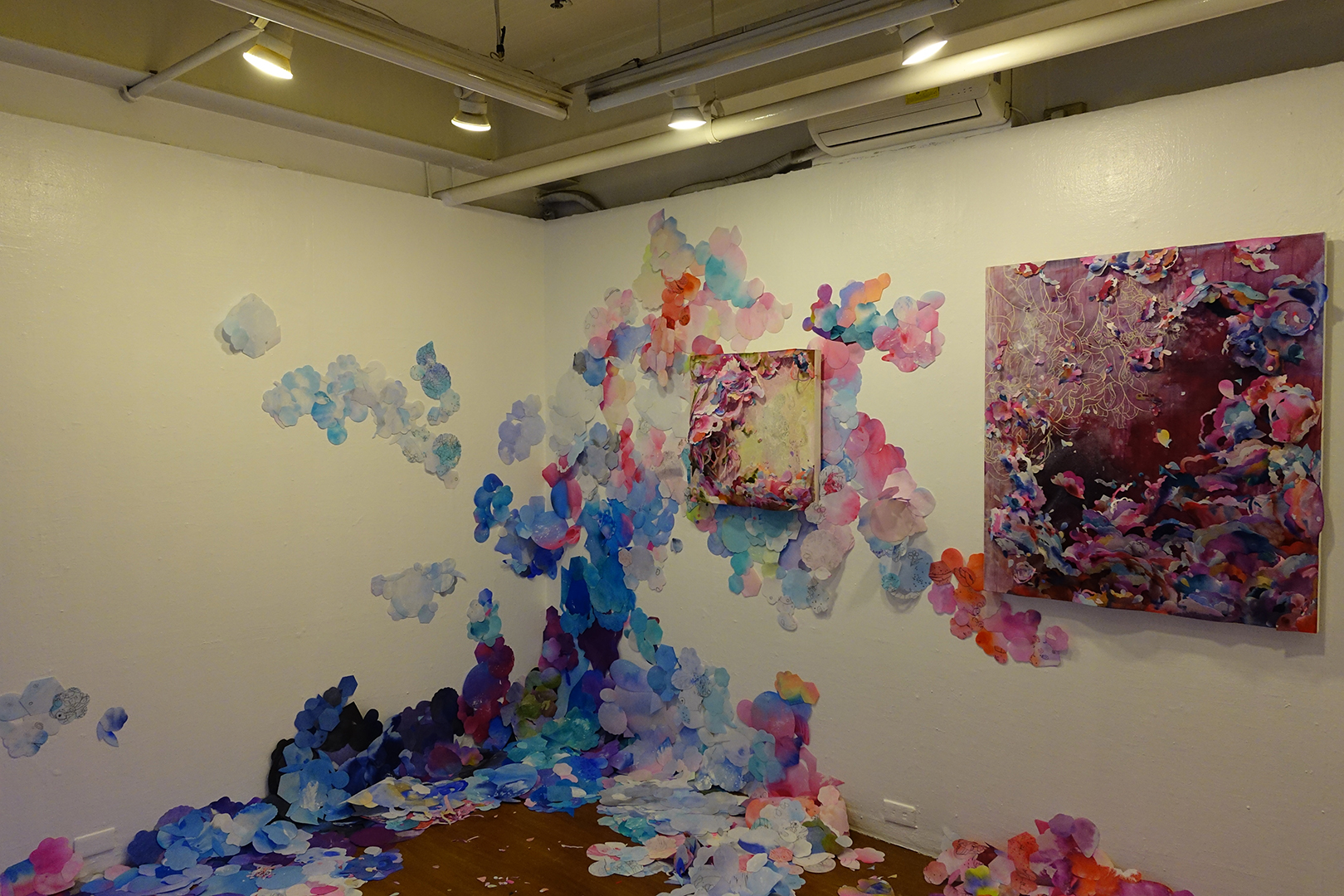 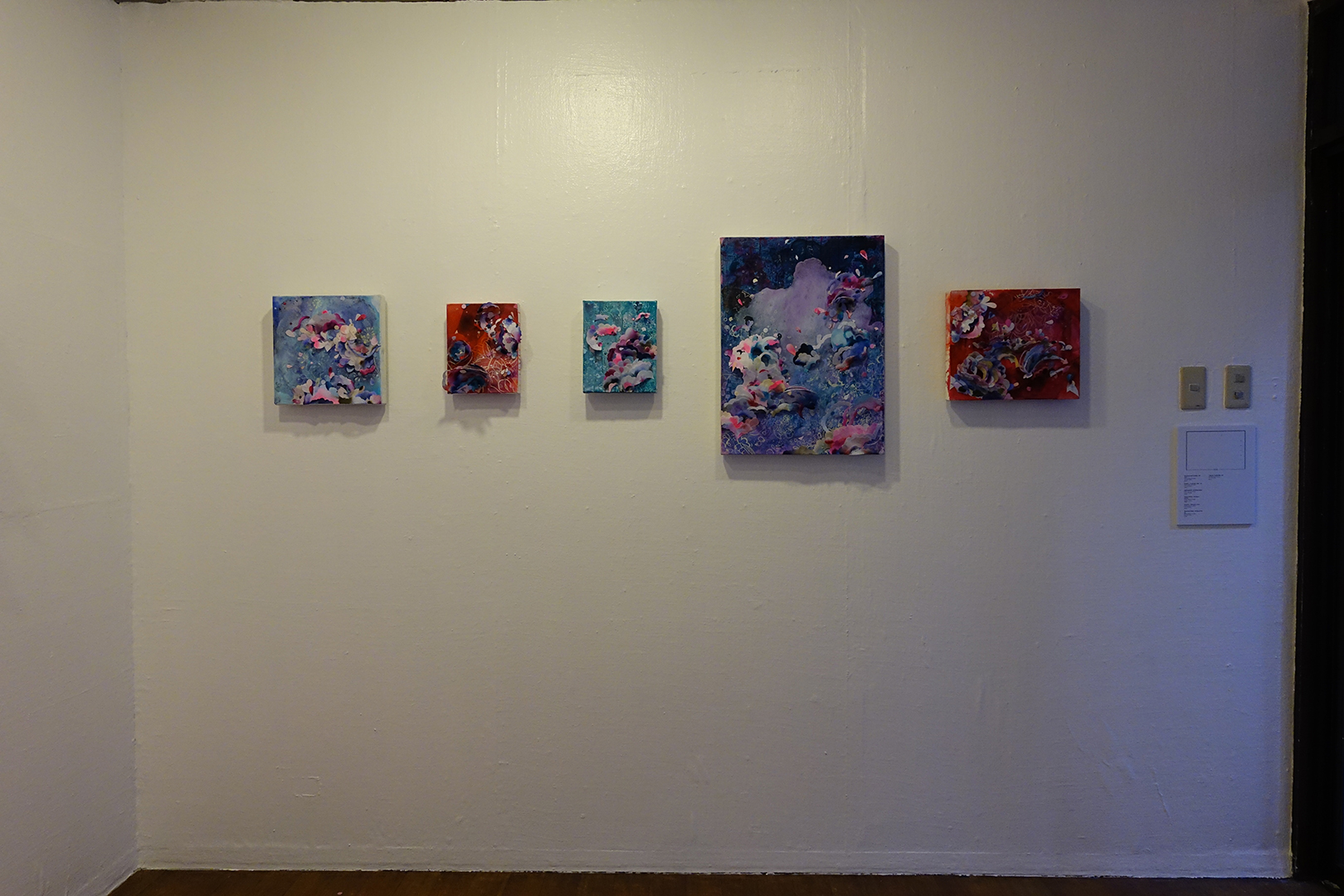 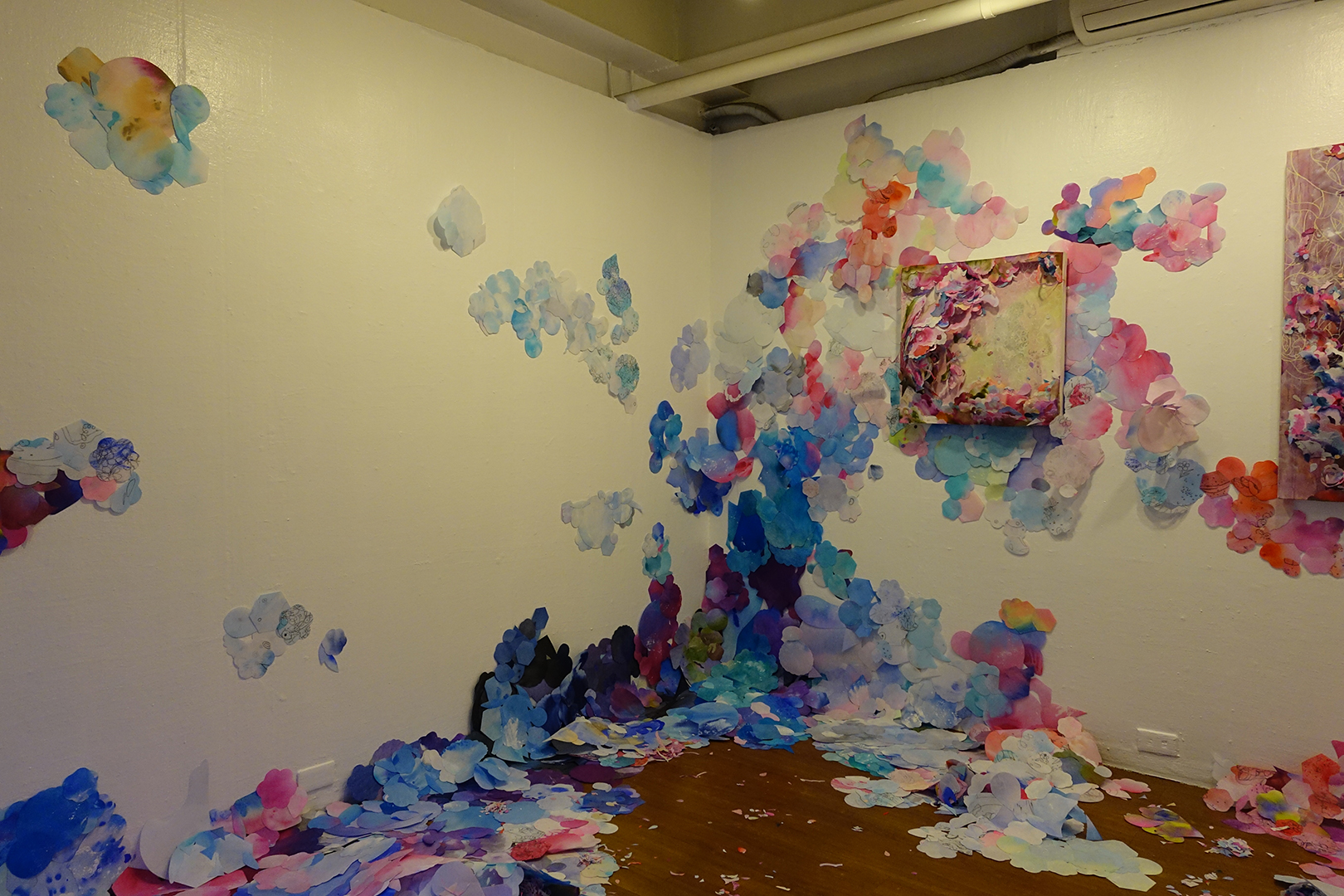 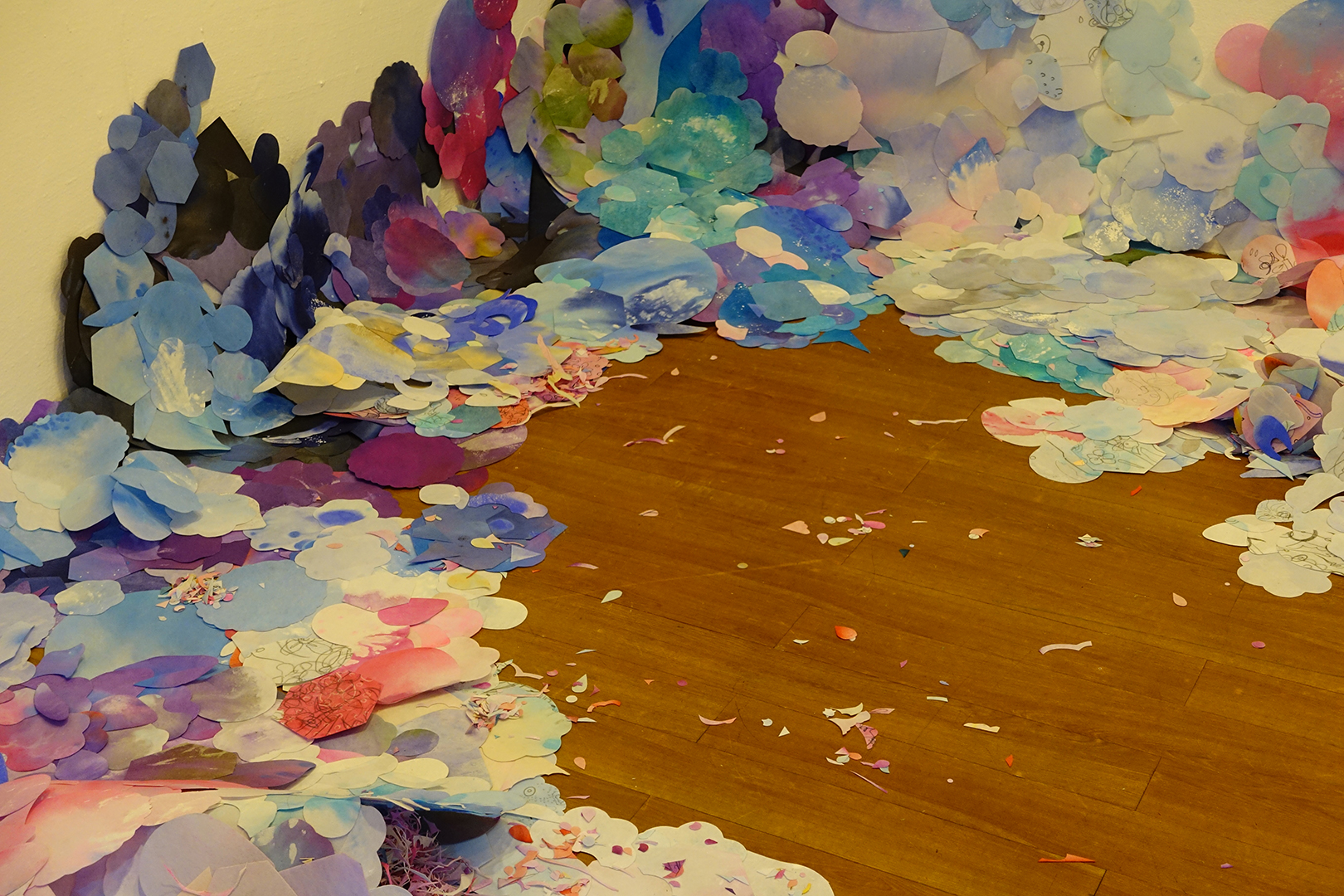