In his latest one-man exhibition, Christopher Zamora tackles social issues in his newest set of oil paintings, lifted from recent personal experiences and headline-making news stories. Titled DK (decay), it is written in shorthand, as if it were a text message. The idea, says Zamora, sprang from the expression, “bulok,” or rotten, used to describe behavior or a system that is usually frowned upon or viewed as largely negative. Zamora wants to share his own perspective on such typically unpleasant situations, and hopes to inspire viewers toward positive, constructive action.

One of the works is the figure of a man wearing a “barong” while flexing his muscles, as if wanting to show that he is mighty and powerful, wielding influence so to speak. With contact sports such as boxing and mixed martial arts very popular right now, Zamora uses an image from the weigh-in photos of the muscled fighters. Another work is that one of a dead bird, representing the violence that you see in the news every day, particularly inspired by the ongoing crisis in Sabah. It can also convey one’s loss of freedom, notes Zamora.

Zamora adds that he wants to one his skills in painting further, to interpret more challenging themes, and perhaps even broadening his choice of mediums, such drawing and using mixed media on paper, in his future exhibits. Working on DK taught him that he needs to enjoy the process (of painting), and not to put too much pressure on himself to come up with an idea. He also believes interacting with artist colleagues can be reinvigorating between the otherwise isolated nature of completing a painting.

Zamora graduated with a fine arts degree at the Philippine Women’s University, and has mounted solo and group exhibitions here and abroad. 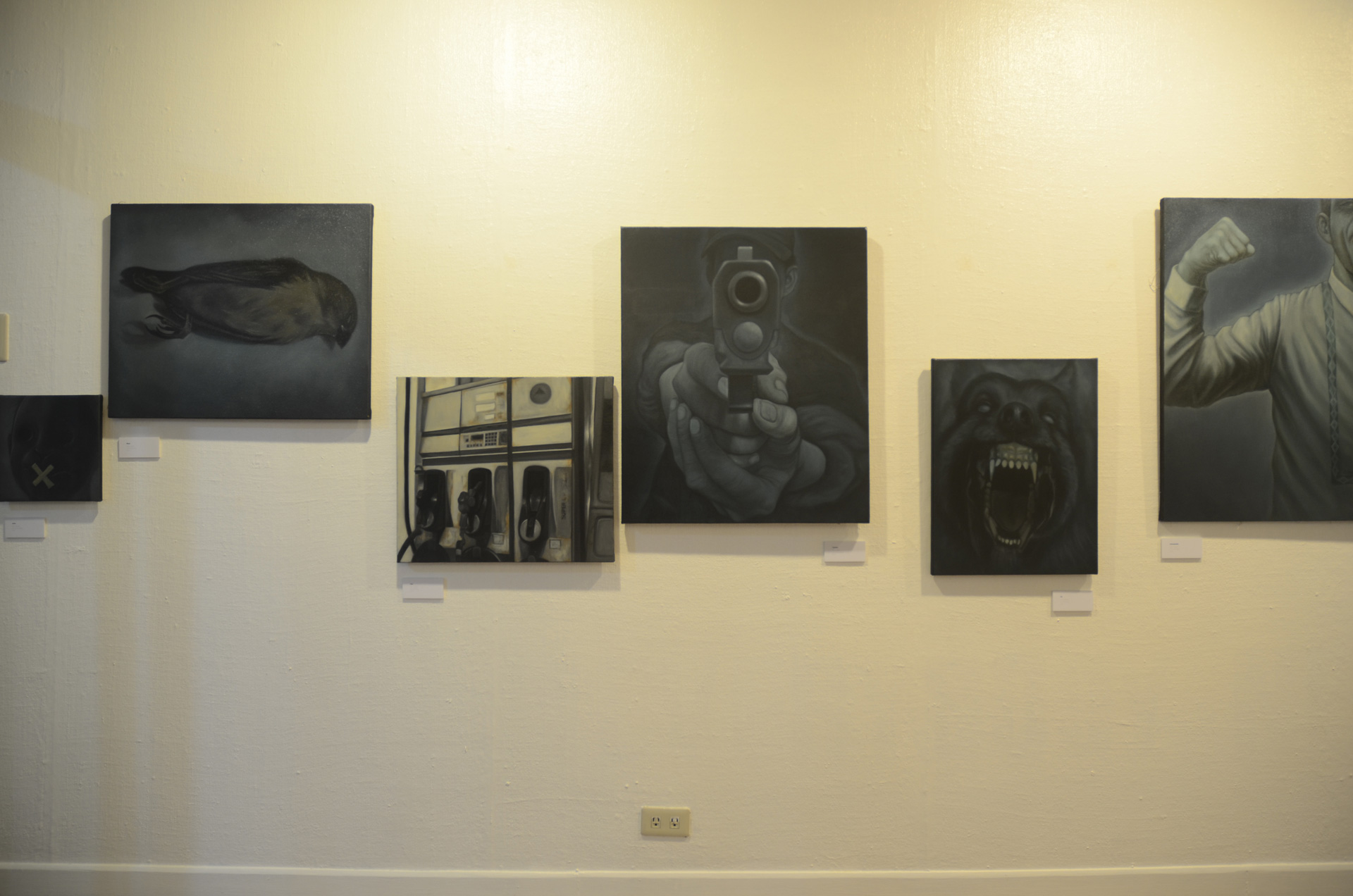 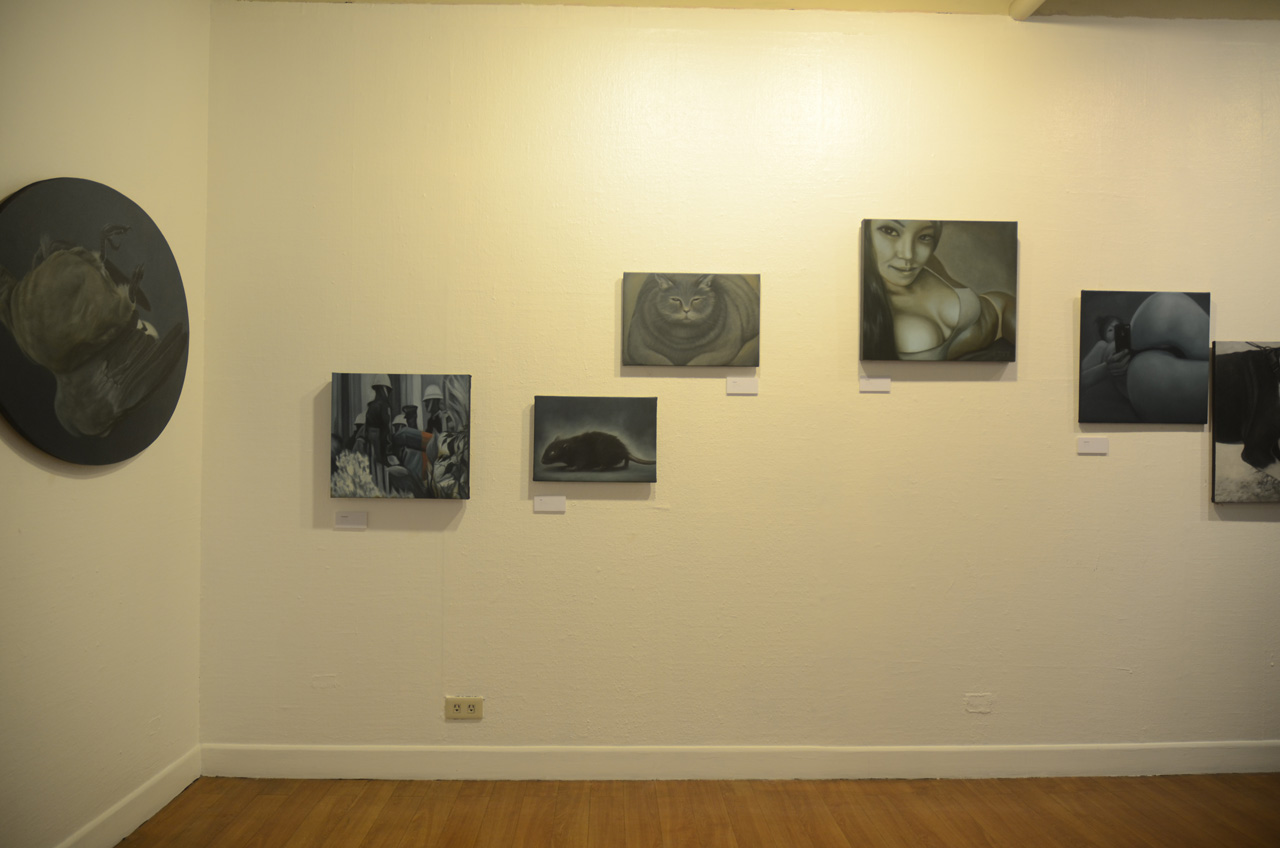 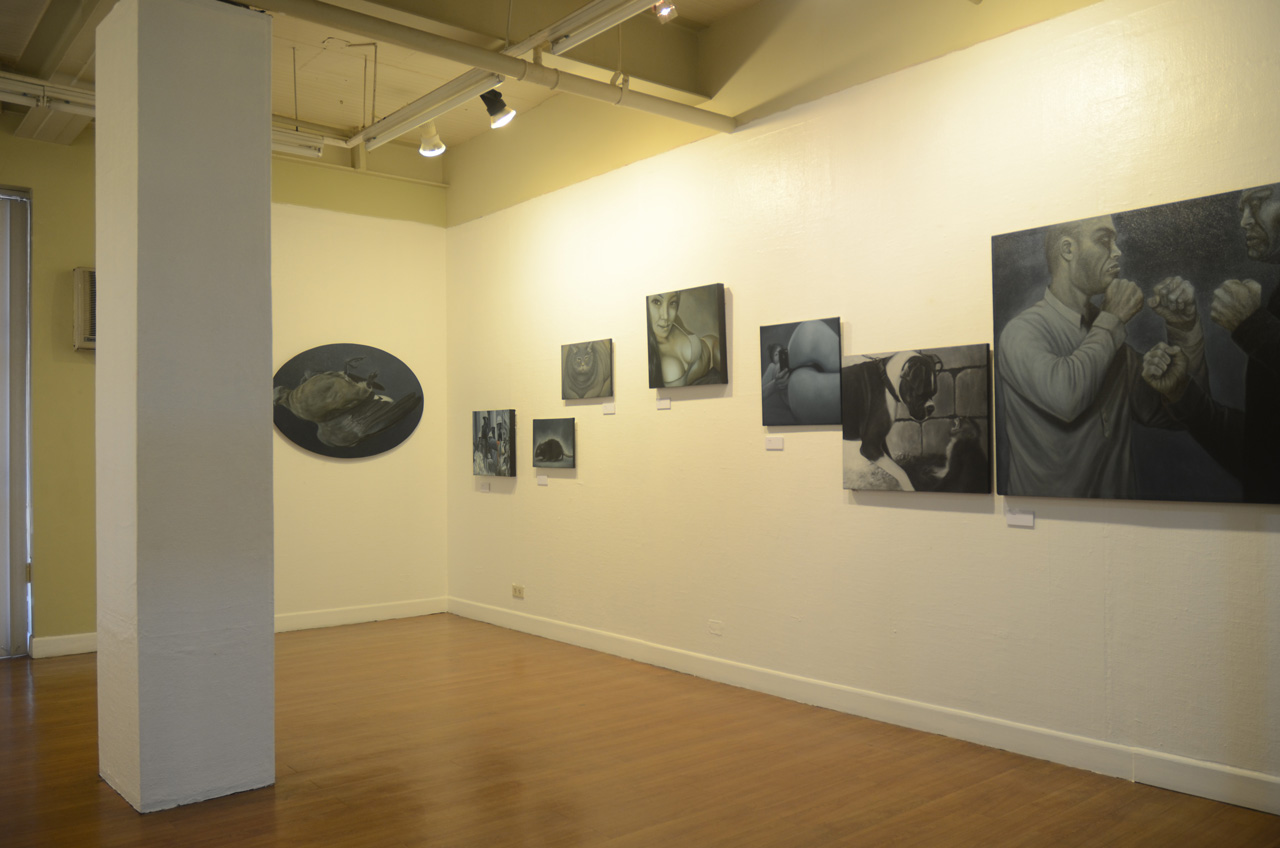 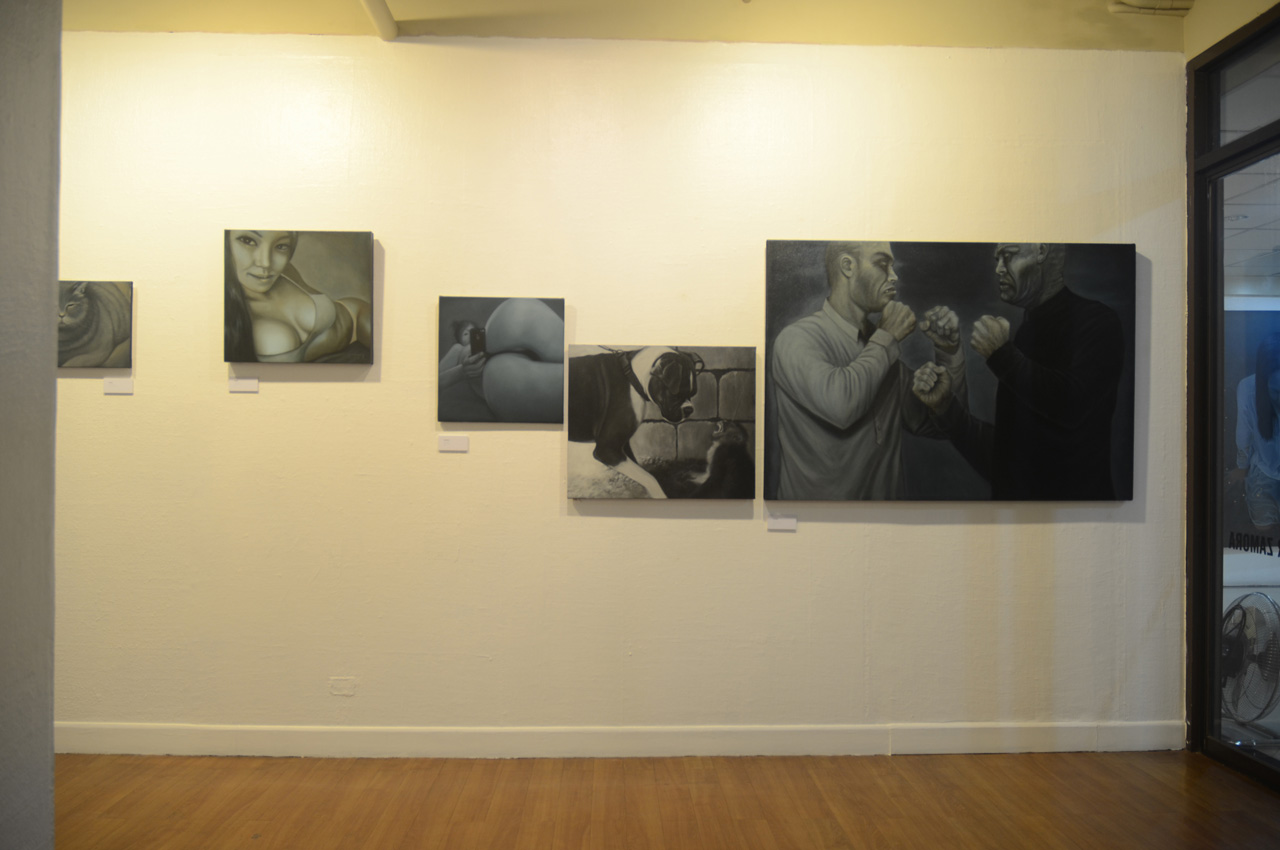 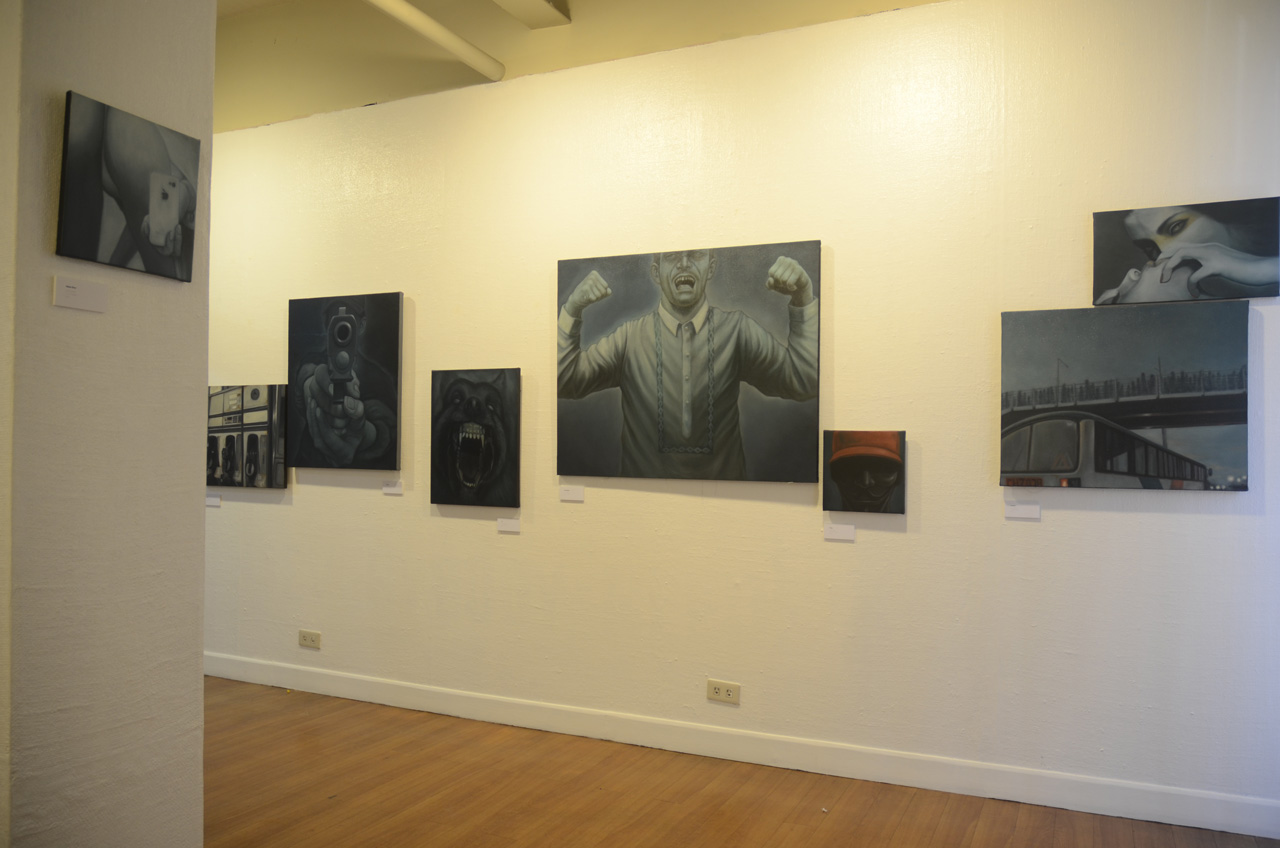 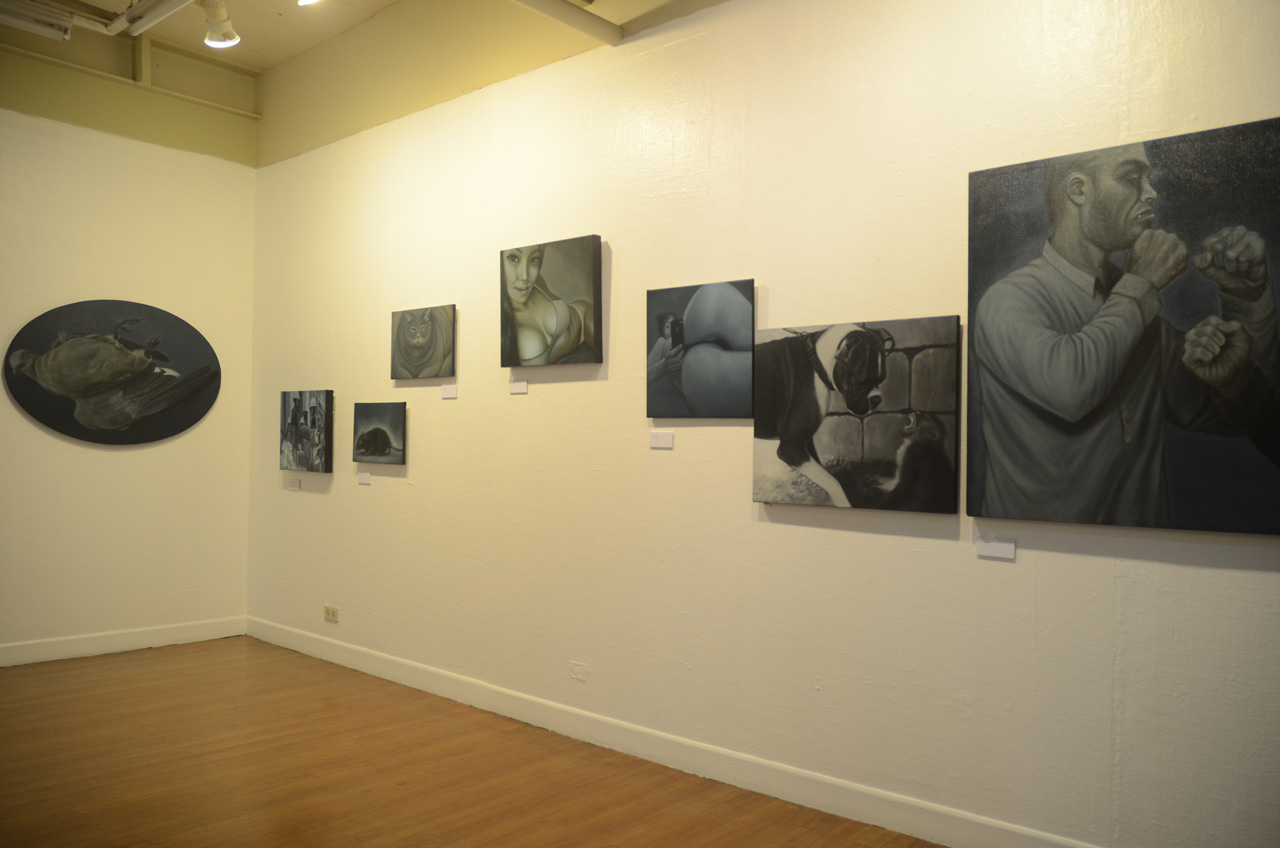