In his latest show at the West Gallery entitled Colour Combo Phantasma, Louie Cordero has strung together paintings that are far removed from the complex structure he has been mostly identified with—structures that can go as far as to summon the word extreme through its tortuous overlay of images that consolidate fantasy and banality to form epic narratives inside the frame. In Cordero’s new set of works, he has embarked on a more direct approach in terms of painting images on his canvas, and has modulated his signature tune with a different kind of harmony: the primacy of feeling.

In Colour Combo Phantasma,the brushstrokes are more defined and traces of impasto are evident. Forms, colors, and shapes are derived from a free-flowing consciousness. The systematic design of symbols and oddities are replaced by the immediacy of intuition. Instinct has played a larger role in the fabrication of forms and in the combinations of imaginary objects in Louie Cordero’s most recent pieces.

The once circuitous relationship of objects inside the frame is momentarily replaced by a single flash of inspiration: the beheading of a saint, the figure of a woman, and the free association of colours and shapes. However constricted they may appear compared to his larger works, these are not oversimplifications of his previous themes but rather act as vignettes, outtakes from Cordero’s more elaborate narrations and compositions. It conveys the same story of nameless, classless, and impoverished objects and characters in their morbid and wretched state, which has permeated his imagination throughout his career as a painter. These are the raw materials that eventually took shape as vital components heading towards a grand structure.

Another structure which has found continuity as free-flowing shapes in Louie Cordero’s works is the series of wooden sculptures called Crafty, which is set to reach 100 editions of unique, meticulously formed figures. The process involved in making each sculpture is a rigorous test for drawing new shapes for the artist as each form is different from the rest; and the craftwork required for shaping the wood is as laborious as the method of applying automotive airbrush to each pattern of color that makes up its final DNA. In the end, it accumulates into 100 distinct versions, which Louie Cordero has tasked himself to build in his lifetime. Currently, he will be showing pieces numbered 13 to 21 at the West Gallery.

Louie Cordero’s foray back to the fundamental—in terms of imagination and form—re-establishes his treatment of the canvas (or wood) as a surface where he can translate and understand his recurring concepts. In a way, this more spontaneous and unrefined approach act as a tribute, to the stature of painting as a primal expression for ideas. It is an enjoyable act, he admits, and the pleasure it brings stems from the candidness and sincerity towards his inclinations. And the pleasure that emanates from his paintings and sculptures translate as pleasure for those who have come to know Louie Cordero’s works, who are in for a rare glimpse to an artist’s continuous negotiation with his medium. 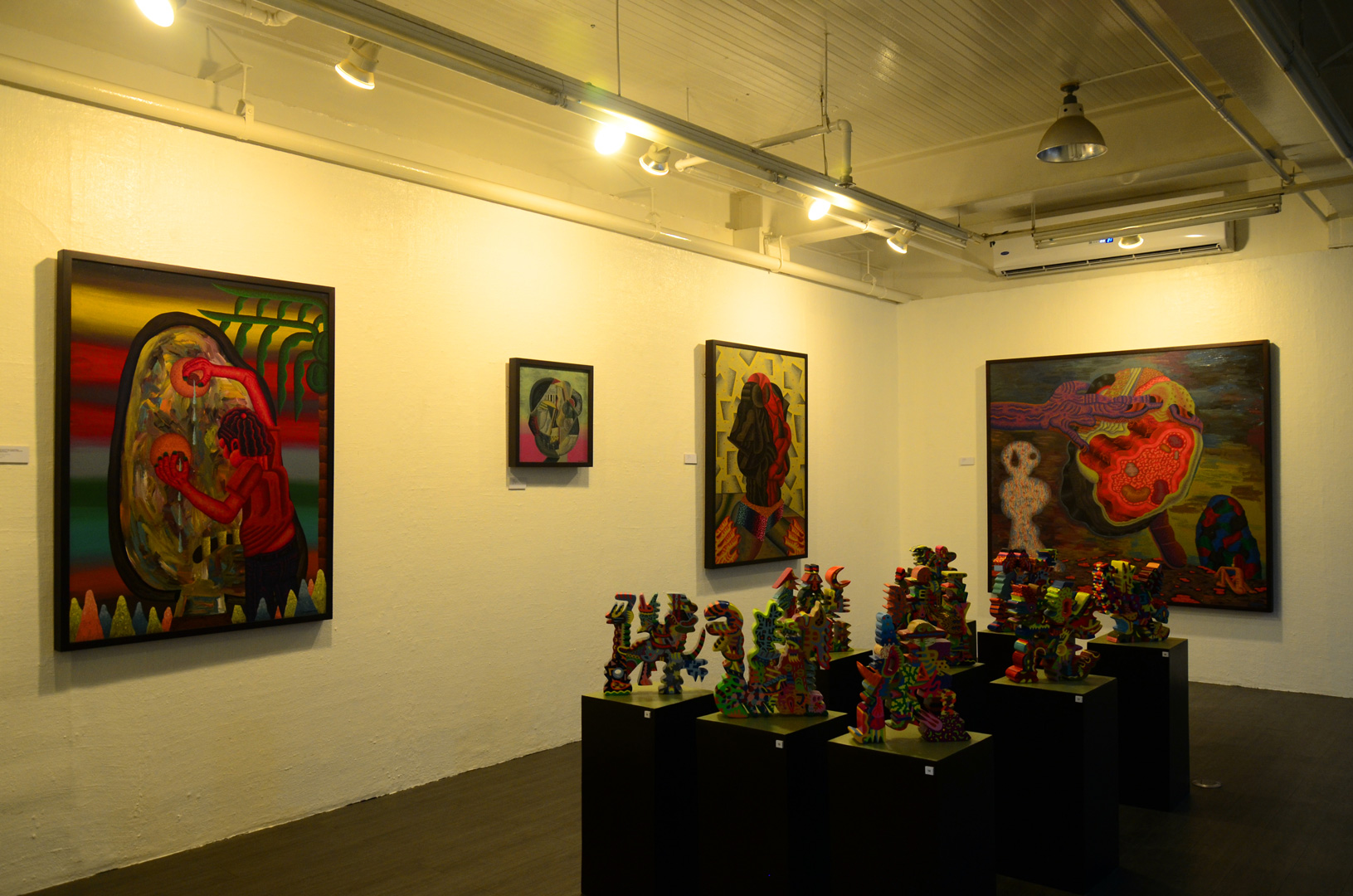 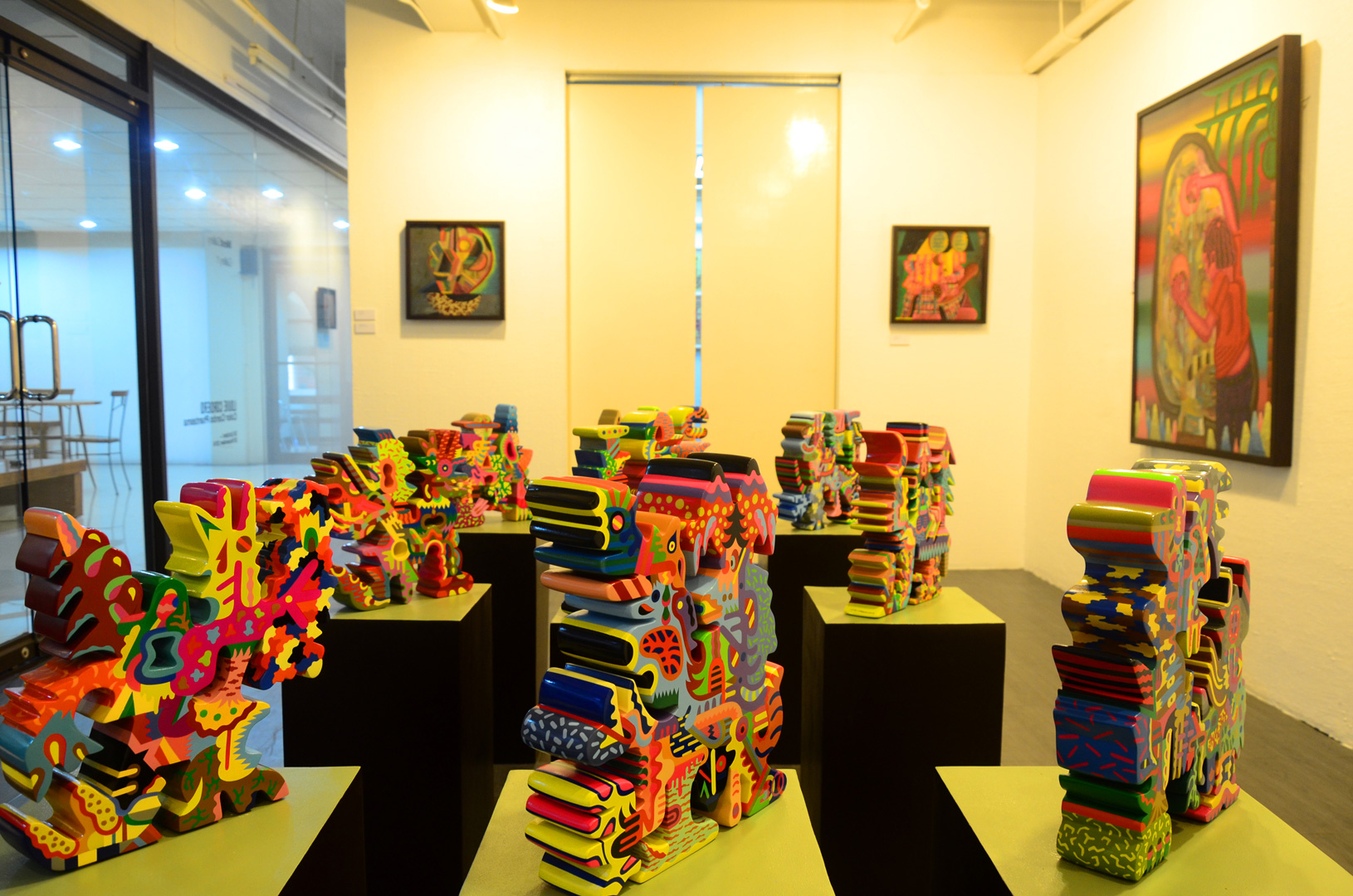 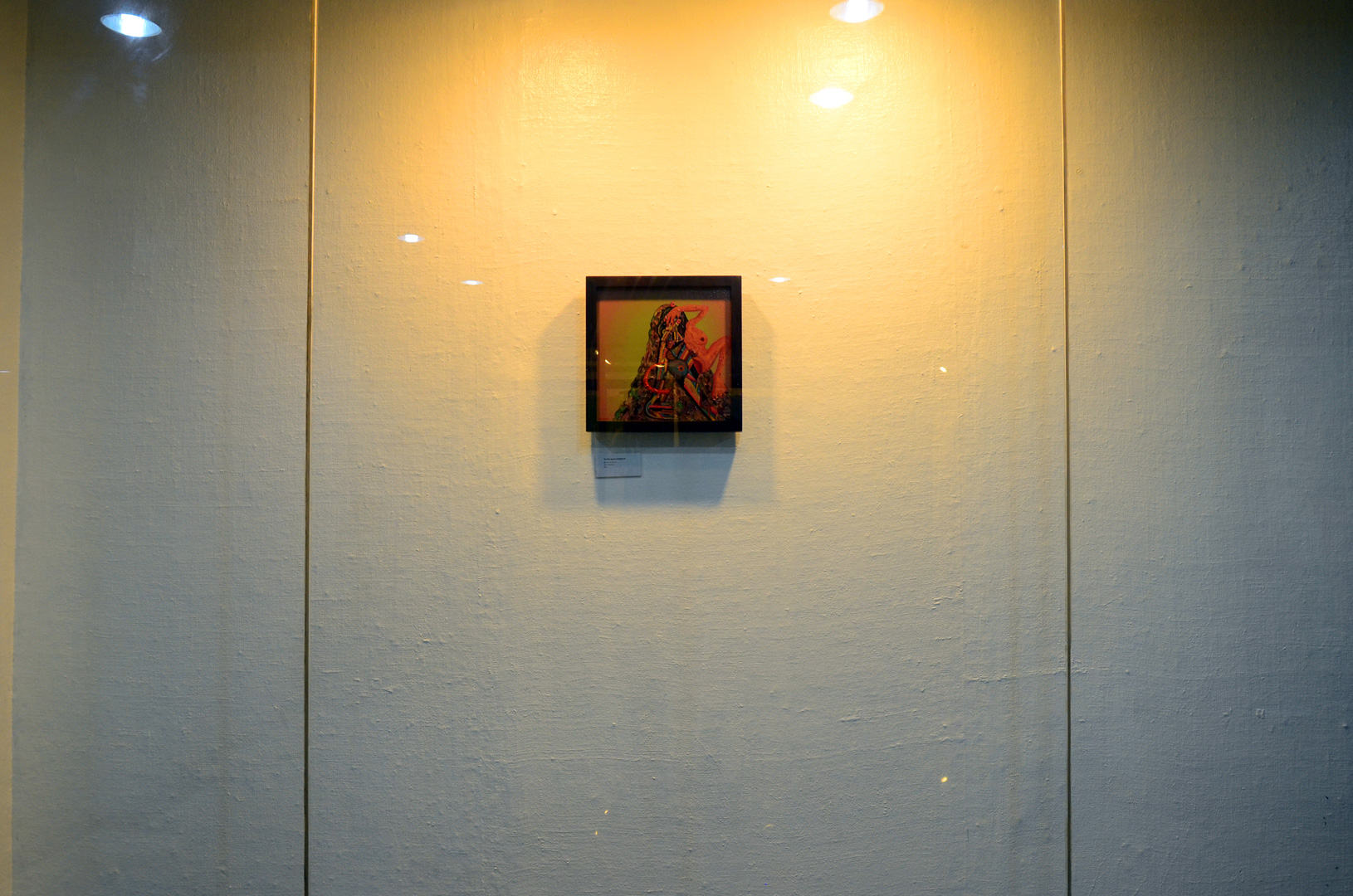 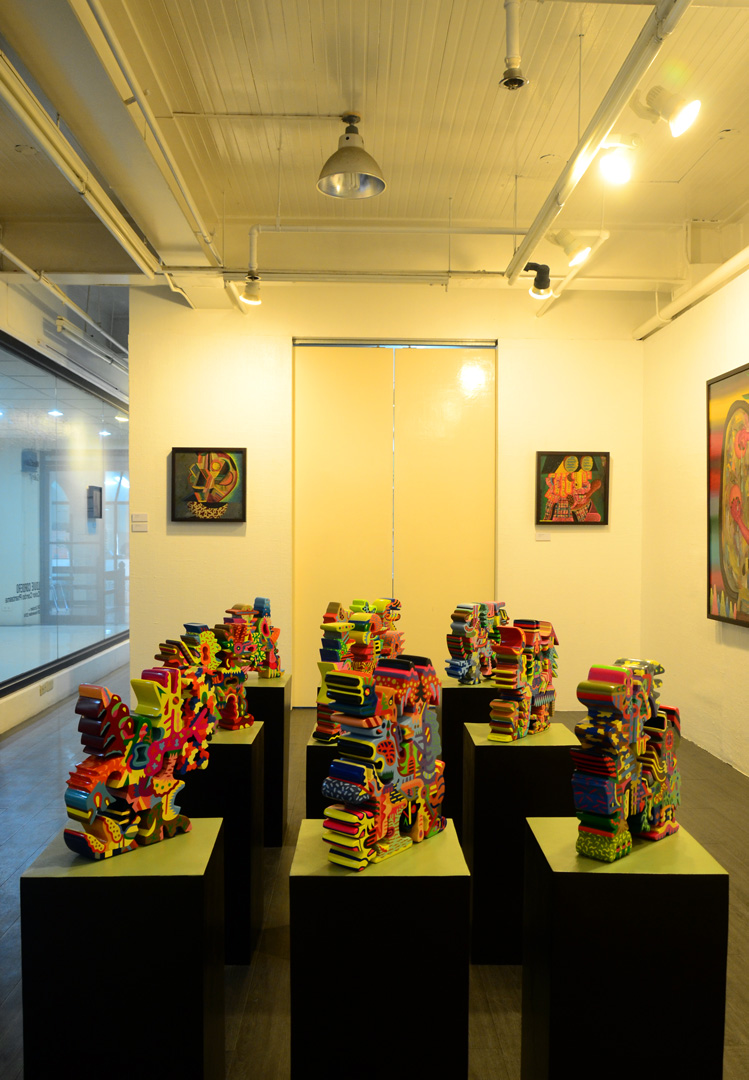