Visuals for a Fleeting Moment
By Jonathan Olazo

The apparition apparent in the triumphant trio of canvases by Pardo de Leon are the contraptions made by man himself that will enable him to fly. Superimposed free-hand on a full whisk of sky delineated but completed by pronounced, profound earth are the schematic diagrams of an ingenious machine propelled by his arms and lower limbs driving flaps that will produce lift. Man seeks one glorious achievement to the next and the idea of flying is understandably accepted as the highest.

By procedure, de Leon, reputed as a very skilled painter whose sense of line, gesture, and touch is admired by a generations of painters, opted to overlay the graphic and linear plans for a flying machine over a voluminous-painted sky landscape. It is a deliberate representation with the probability of emphasizing the joyous expectations of unrealized plans – rather than the fleeting triumphs of achieved goals.

Within the artists’ freehand drawing and painting, there is an internal ode to flight and is metaphorical of the ongoing artistic activity. A heavy burden is placed upon the created painting – bearing the point of view and opinion of its creator, and reflecting these to a public at large. Curiously watching de Leon at various career points, “Apparitions” comes as a recent and strong addendum to a string of exhibitions that manifest the artist’s esoteric turn.

Waxing philosophically, these paintings bear a representation of humankind’s aspirations – in de Leon’s own, “something about man’s penchant for creating gods and phantoms, when he himself is probably just an apparition.” It is easy to get caught up with the beauty of the painted canvases, but the juxtapositions of sky and earth containing a man-made object is a gentle nudge into the subliminal and further introspection on the viewer’s part.

Contentedly in cahoots with defining visuals: the matter, reality and space that is about and consists of the “in between” – the themes explored in de Leon’s previous exhibition, this is its own variant and equal representation. The previous utilized a series of abstract diagrams, shapes, and two-dimensional yet illusionistic geometries that mapped out the invisible and the unseen. The present disclosure appears in the form of a hybrid rebus – of visual codes put together, archetypal and connotative that concocts a metaphysical narrative. There is instant recognition with the seen images, and yet a parallel realization unfolds.

As it is, there is difficulty, if not altogether impossible, in asking the painted canvas – or the object called art, to be an agent of change. Raising hopes of such can only be as much. But perhaps it can be a catalyst of another kind, within what it can do. If it can convince an individual in rethinking his perception of the world, it has already succeeded and maybe can infect a bigger consciousness.

In these three fitting windows into the soul, de Leon conveys that there is a necessity to cease striving and stop; to take a moment to reflect. One of the great thinkers, Blaise Pascal, wrote down that there is a gigantic and perpetual void in the heart of man that cannot really be filled. Its design was to be fit by the Ultimate Godhead Himself. With one castigated apparition to the next, there is the opportunity to re-examine this pursuit. And with the beautiful pictures laid in front of our eyes, we are fortunate to acquiesce. 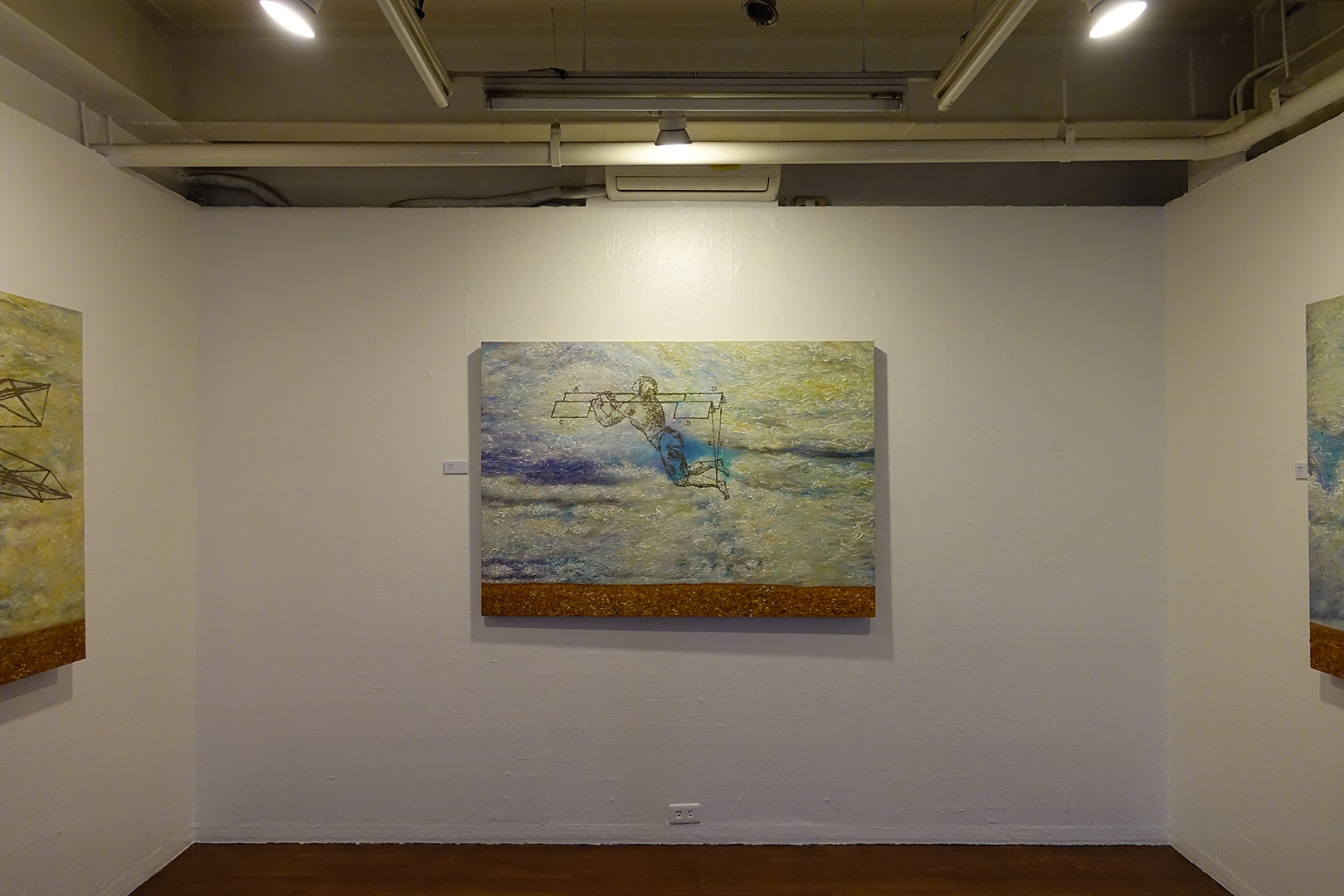 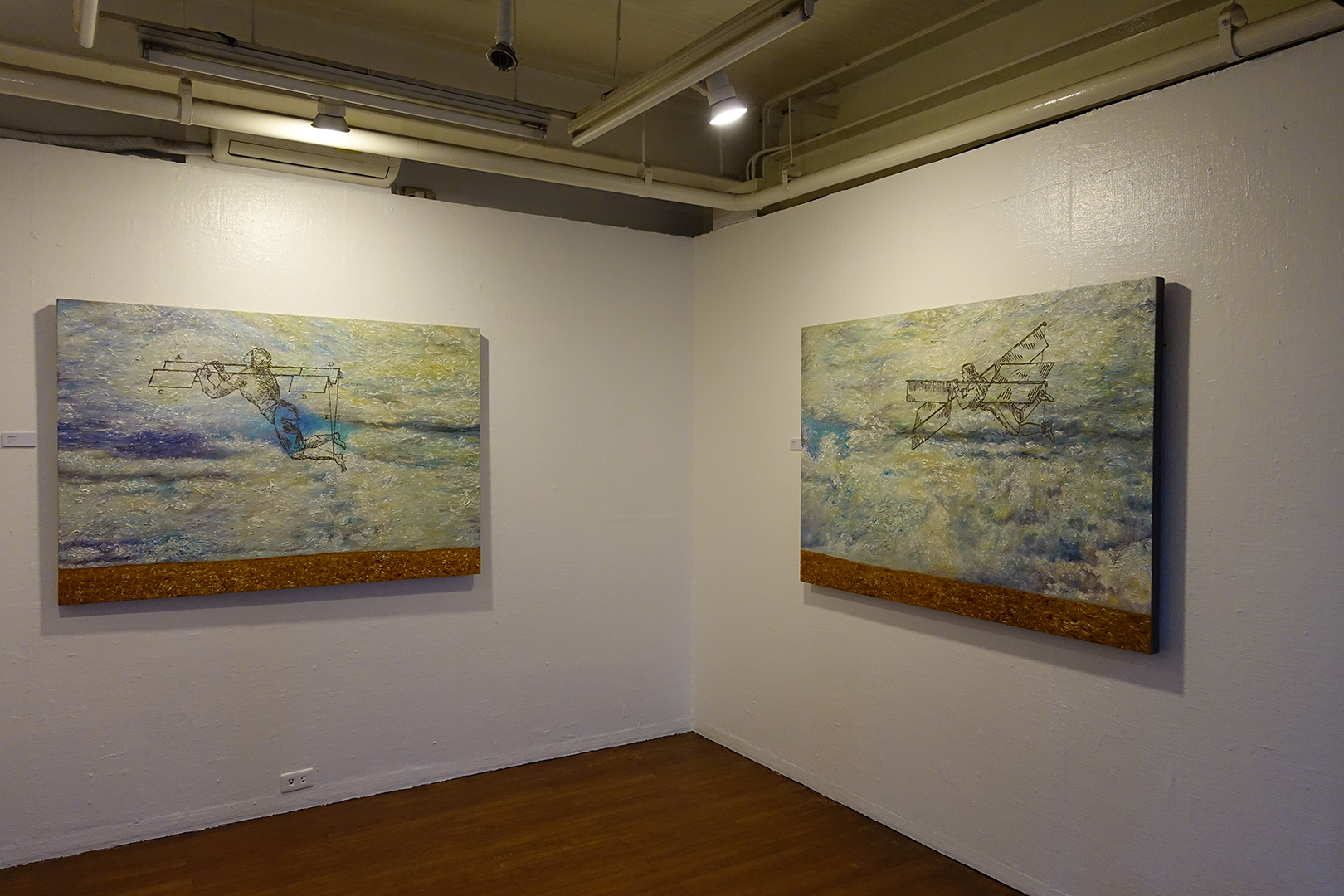 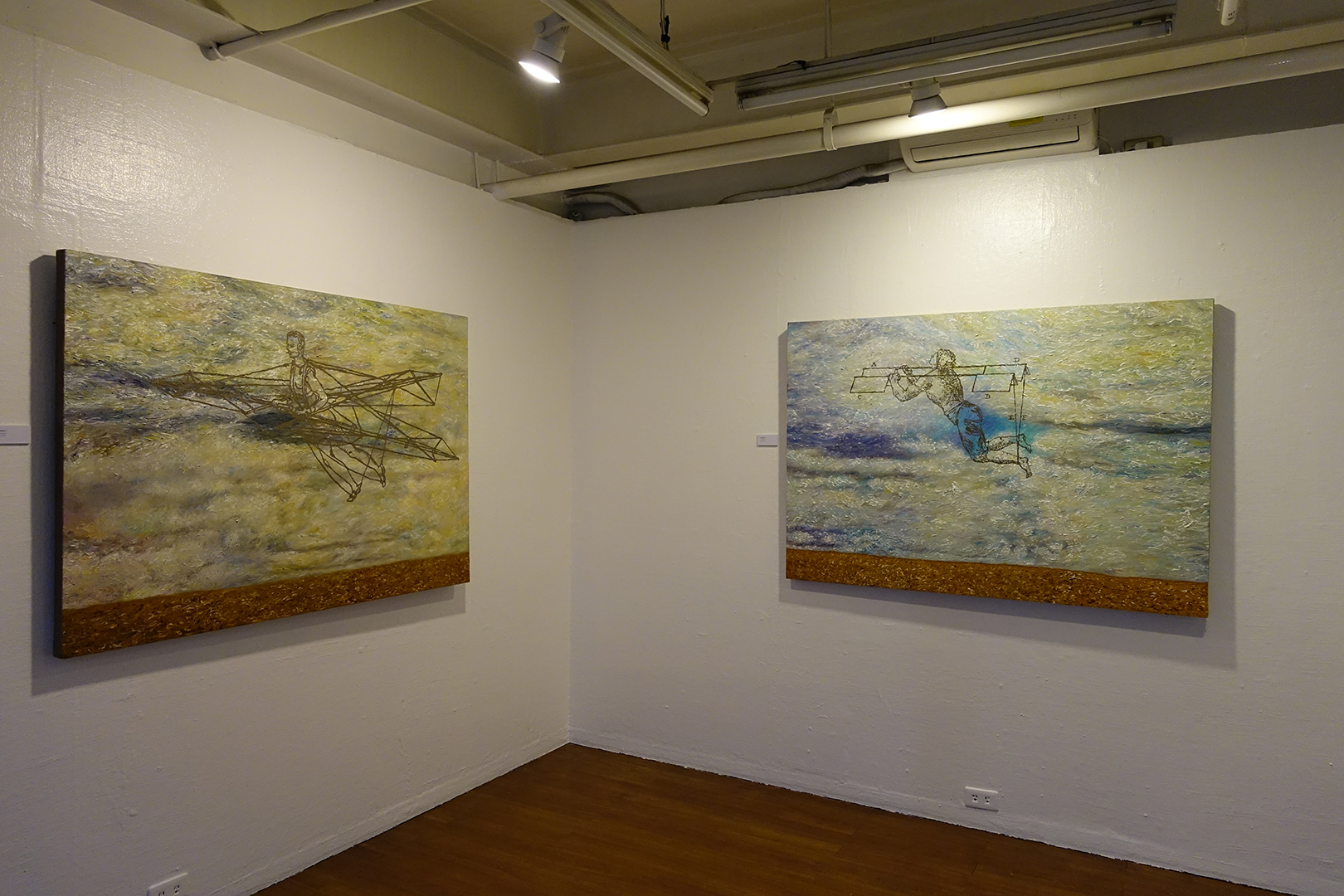 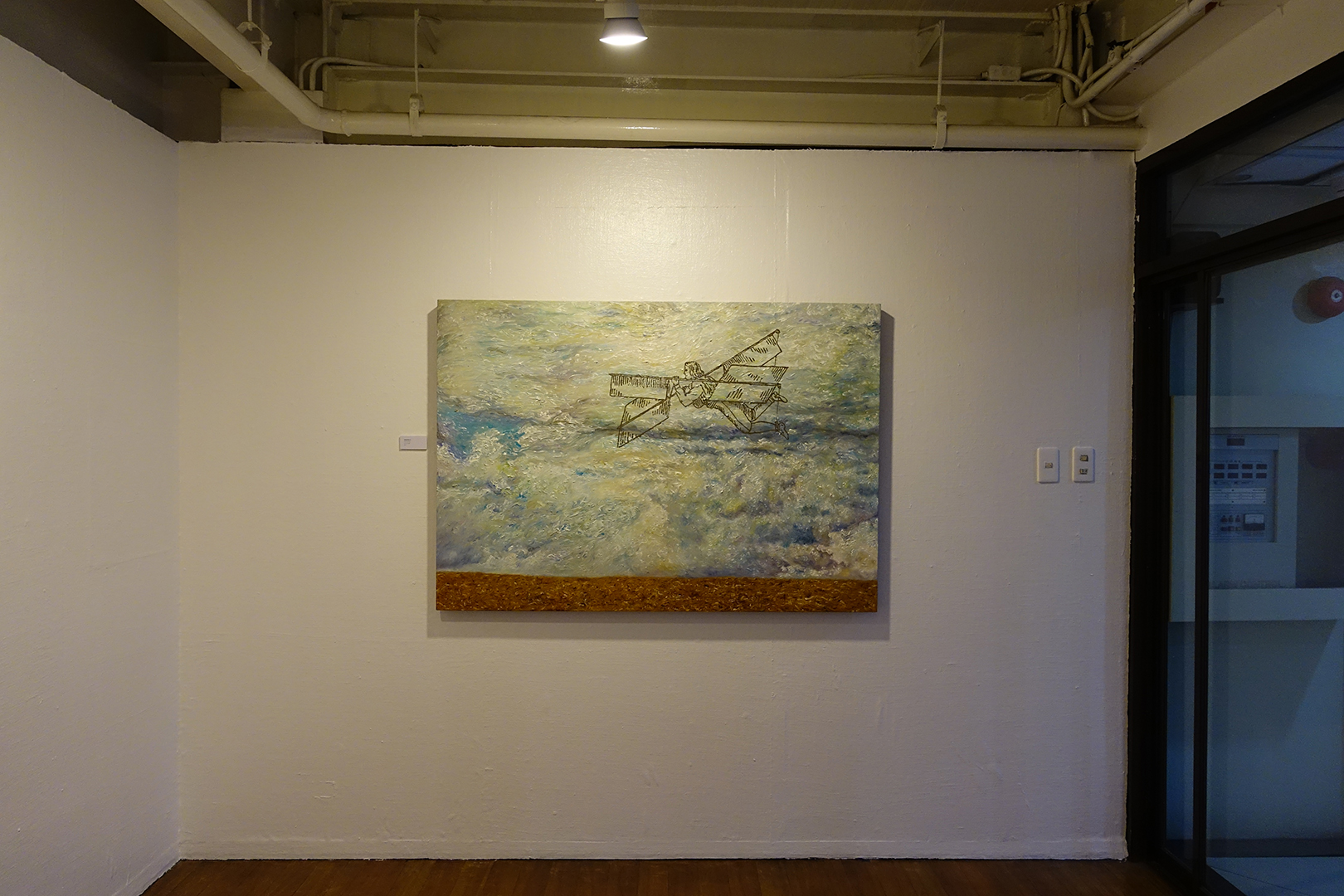 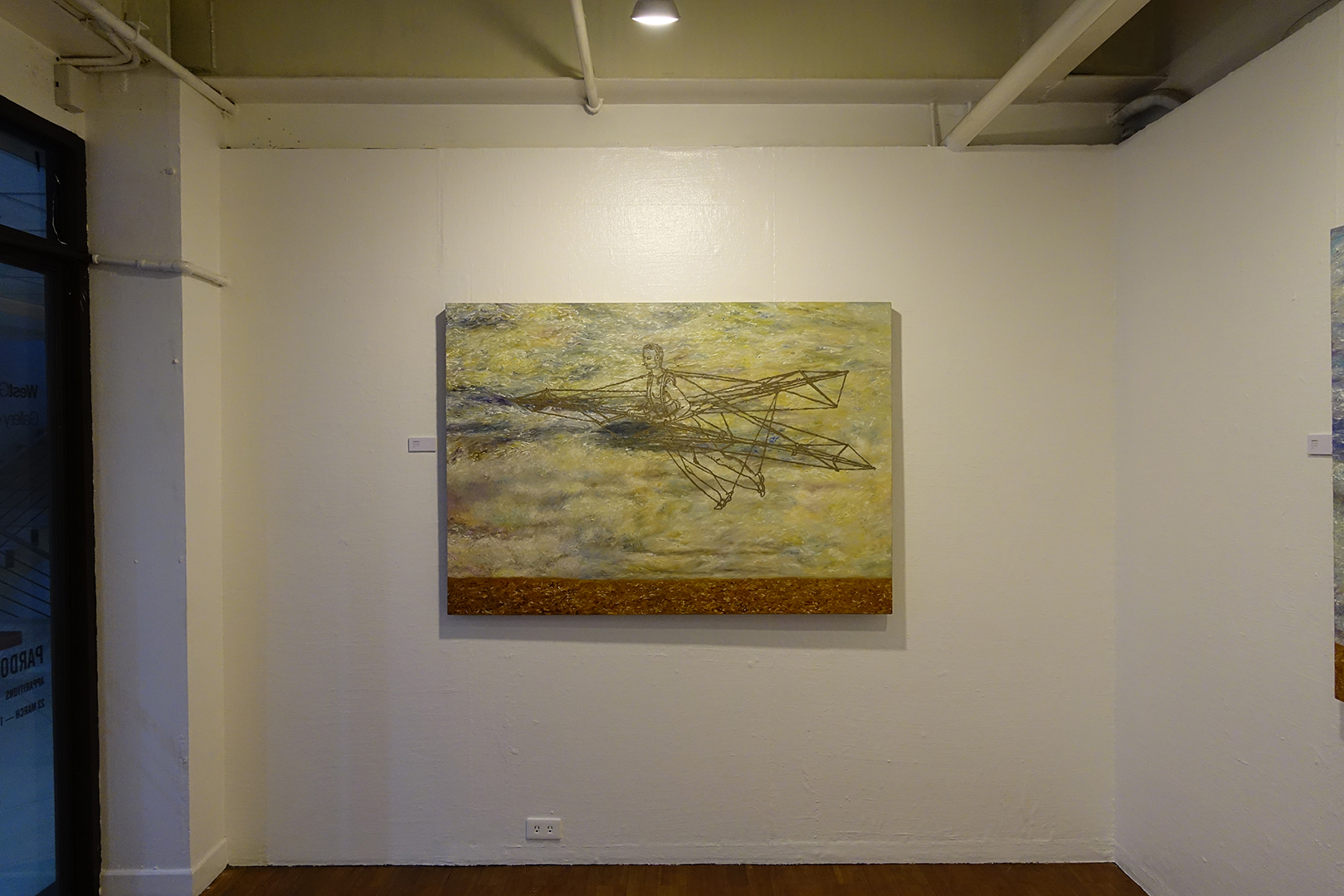