How do you measure a memory?

In his first solo exhibition, 25CSTPVCC, Lendl Arvin spanned the length of the canvas, recalling fifteen years of his life spent in their house in Caloocan City. Of course, life is far vaster in scope, far more intractable, so what the artist did was to choose objects—ordinary to the eyes of many—imbued with personal history, with significance.

These objects mark the life of the artist: they exert emotional, psychological, and spiritual weight. Collectively called “15 in 25,” they constitute a series of still lifes that act as points of remembrance, autobiographical artifacts, pinning down those fifteen years.

Hangers, weighing scale, wood kindling, wall clock, chopping board, small bench, kerosene lamp, a tray of flatware, crates, lunch box, folding chair, shears, cross, sling, bolo knife: they were deliberately chosen as bearers of the old life. The clock struck the hour when the family, as led by the grandmother, would pray the Angelus; the lunchbox was what the grandmother would prepare for her husband off to work; the plate and cutlery were used by the grandfather fallen by illness.

The grandmother (Lola) and the grandfather (Lolo): they are the metaphorical posts and beams that held the house together. They are the two significant people in the life of art-ists during those years. And they are here, remembered in portraits: the grandmother, healer and prayer leader, holding a cross, her feet in a green basin, her one eye peeking through white cloth; the grandfather, holding his arm on whose side the entire body is paralyzed. Seated figures, they are portrayed the way the artist remembered them: mar-ried to their vocations, in sickness and in health, until death parted them.

The house itself makes an appearance. Titled “400SQ,” the work bears the silhouette of a house. “I stayed within the four corners of our house in Caloocan where I built my dream,” he says. He didn’t initially know how that dream would take shape; he simply attended to the mundane concerns, living from day to day. Little did he know that fifteen years later, he would roam within the four corners of the canvas.

Curiously, the house is arranged like a jigsaw puzzle, displaying the objects that the artist would safeguard, as well as those that others would entrust and ask from him. Long lost or gone, they are here again—dentures, reading glasses, a blue boot—given a new life. In his early years, he was the keeper of things. In this exhibition, Lendl Arvin has become the keeper of remembrances of things past. 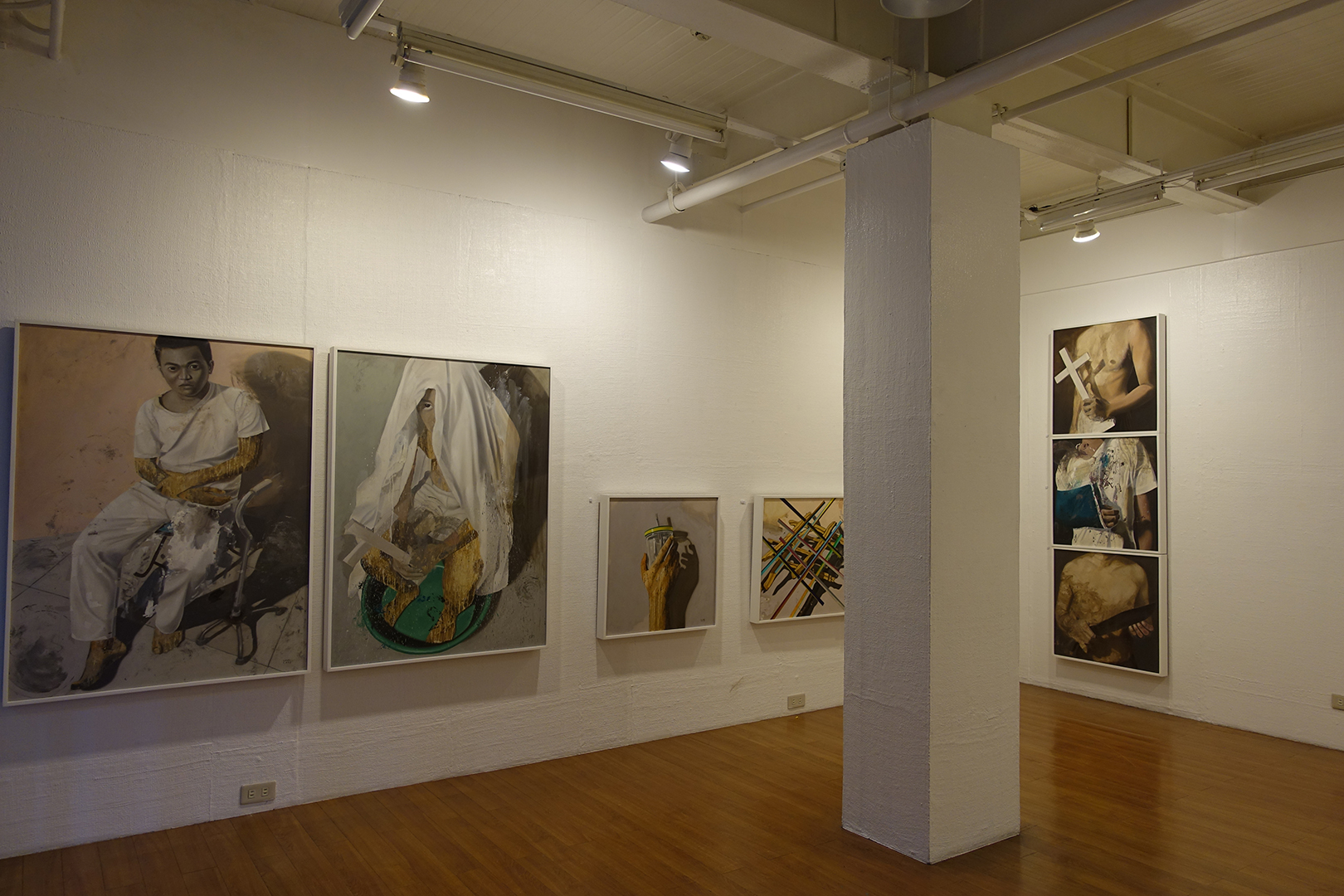 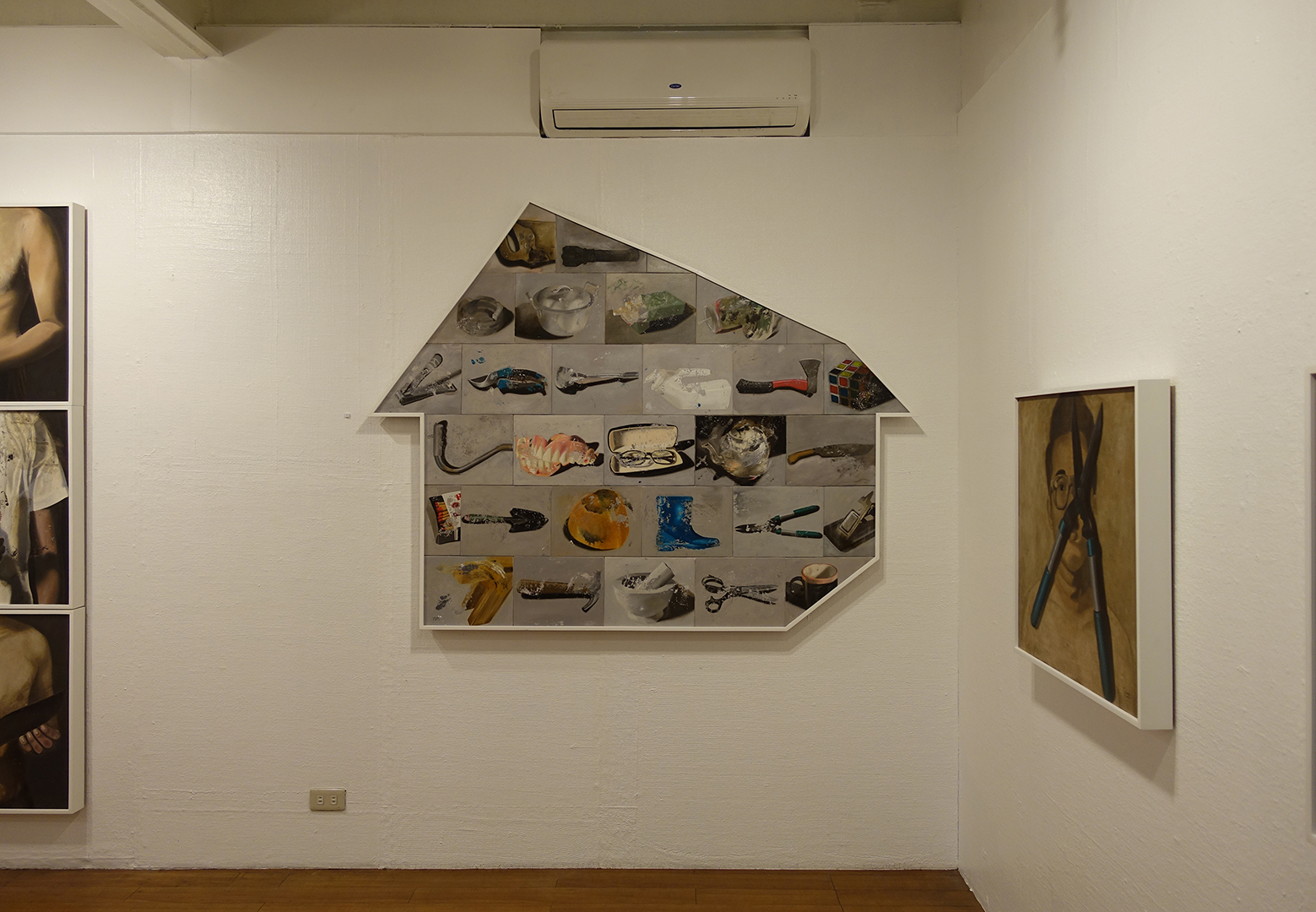 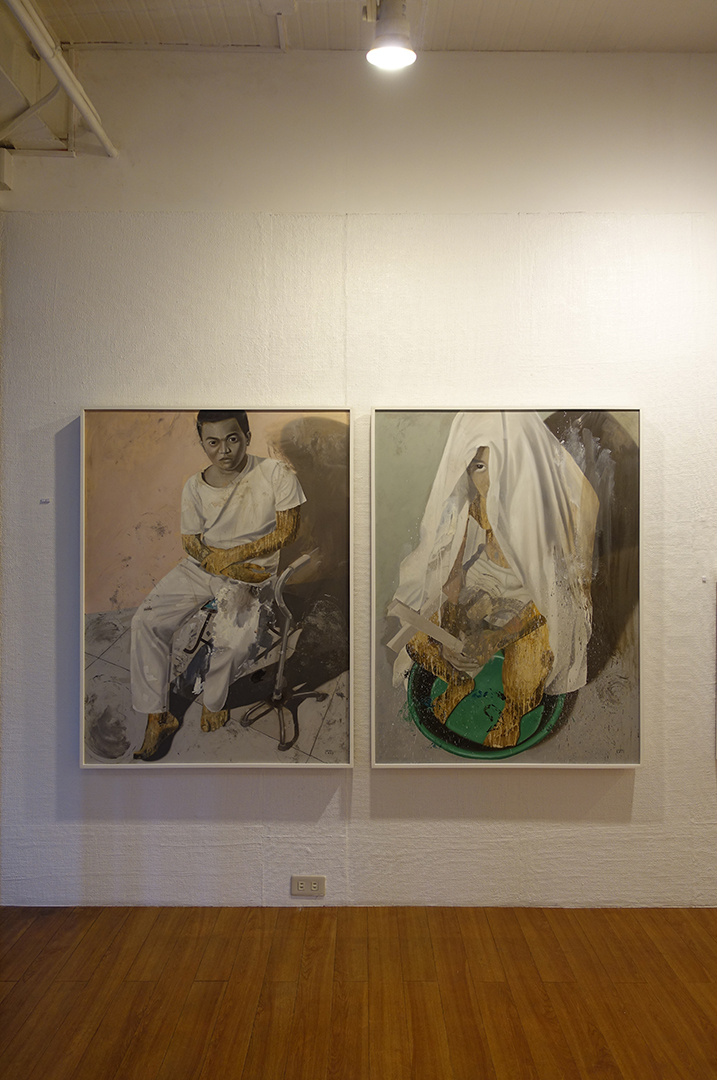 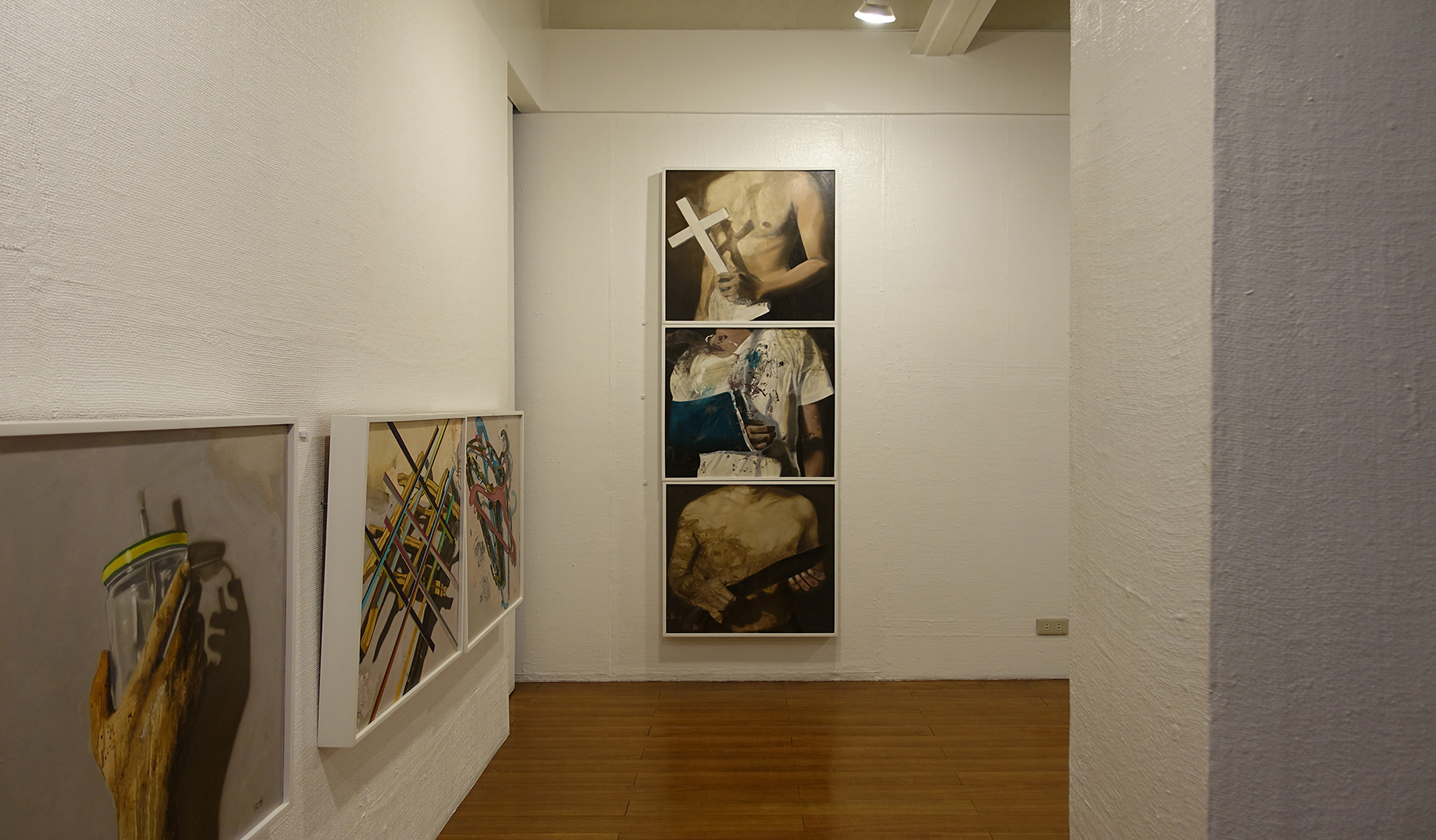 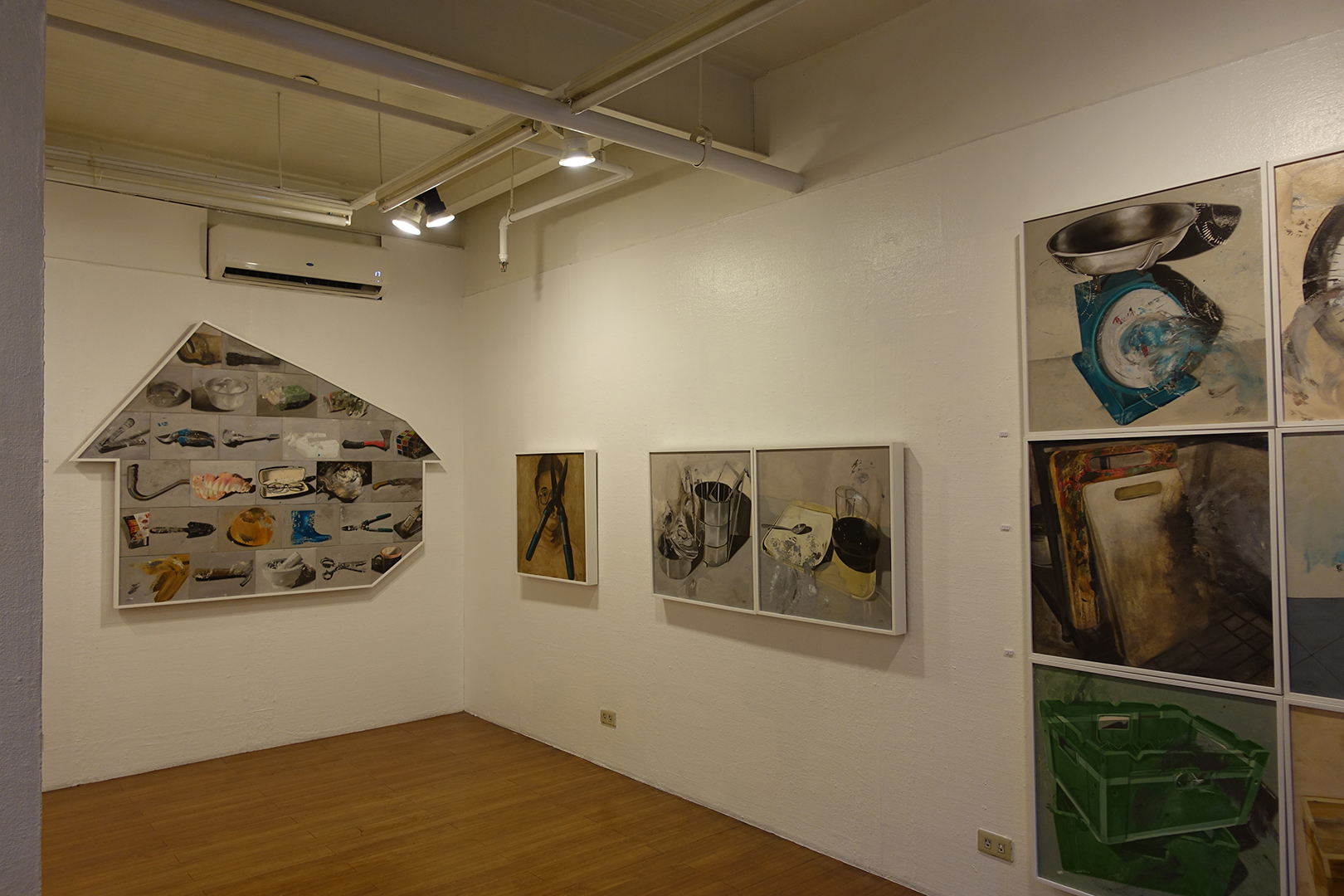 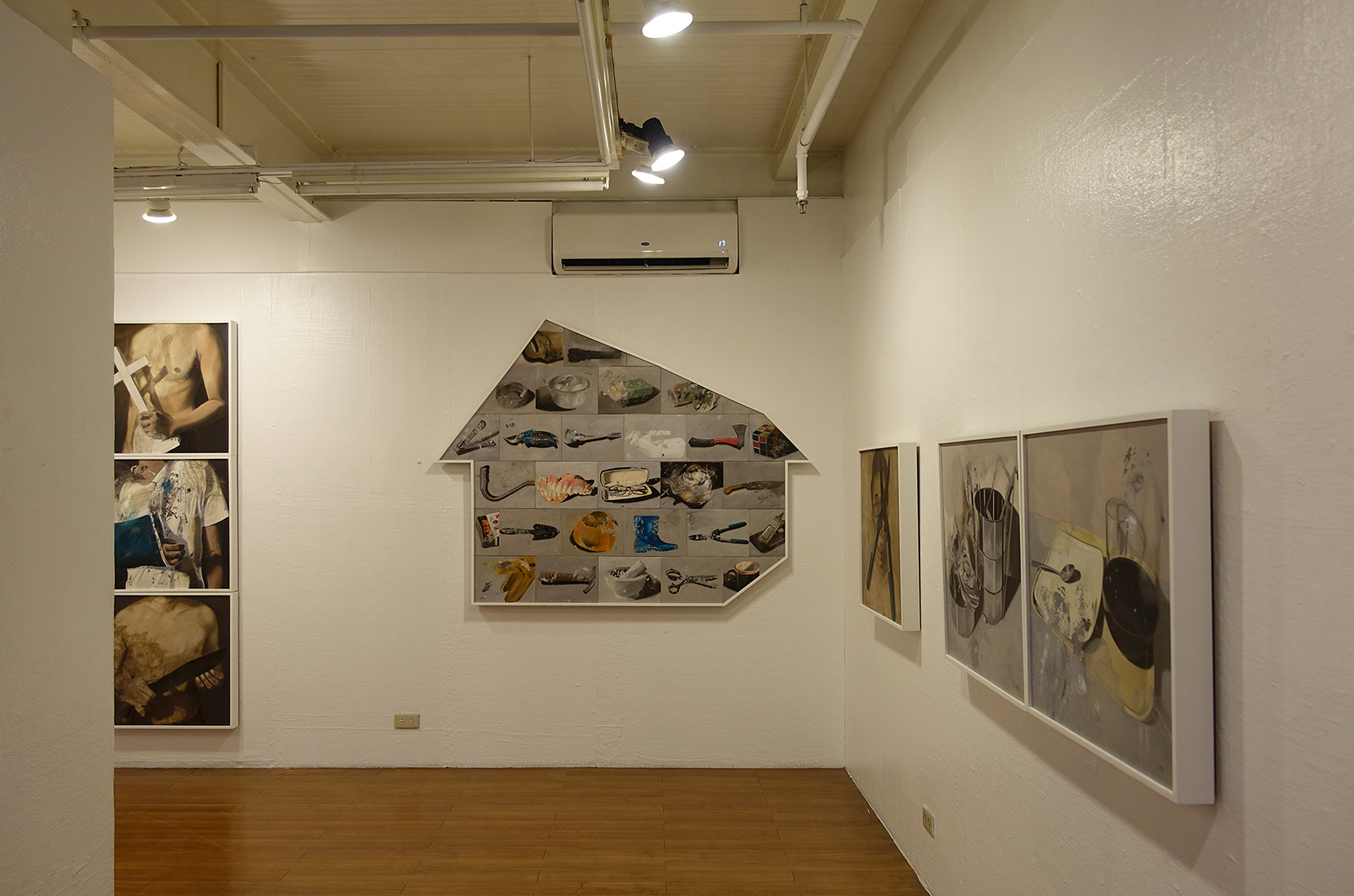 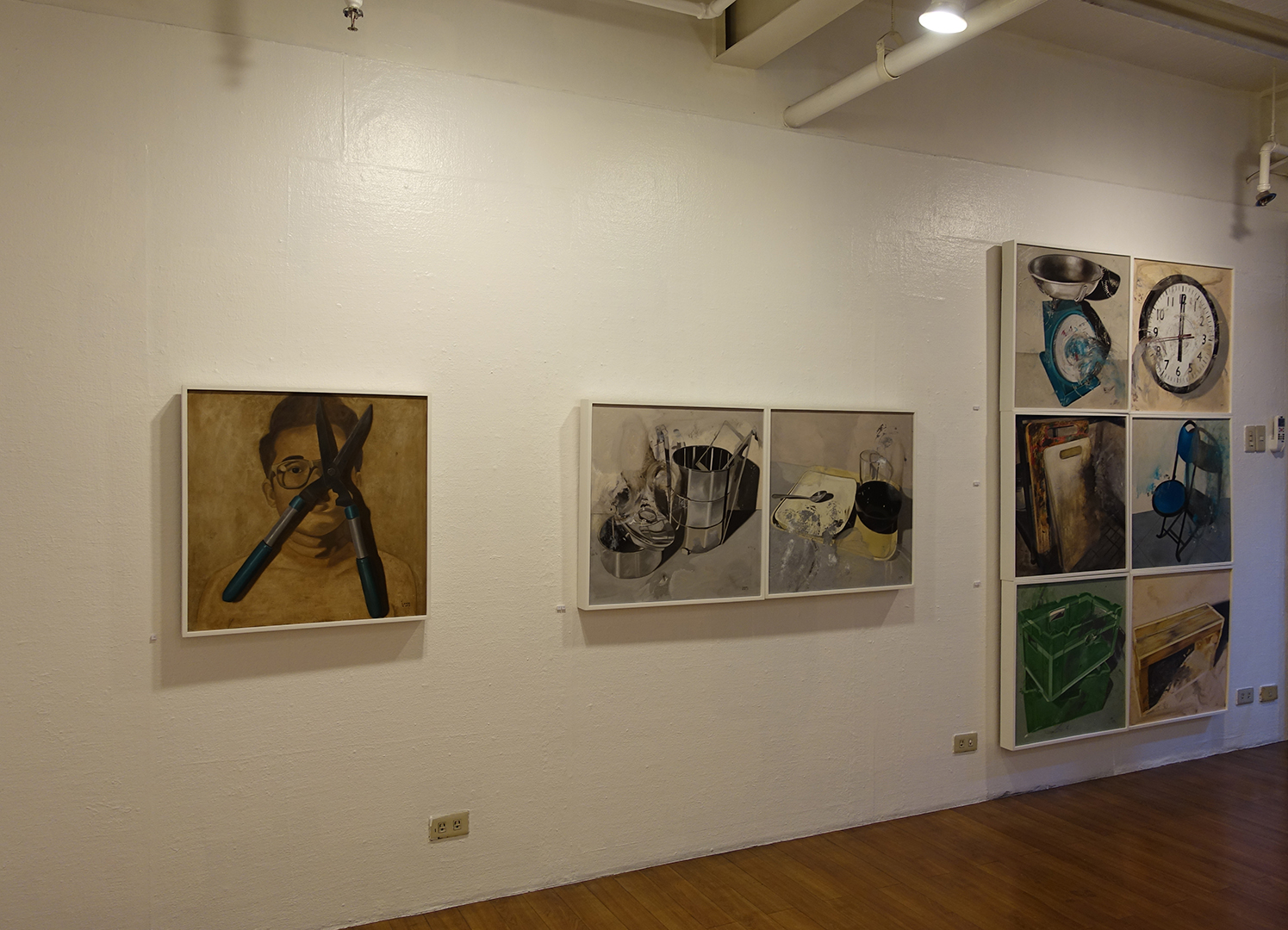