In Zeros, the artists create an interactive discussion on the ambiguity of indefinite variables. Initially a concept about Limbo, the waiting place of unbaptized souls until they receive proper judgment, or salvation, (or whatever the damned believe that could save them). The show explains this waiting place as a universal midpoint, where labels don’t exist, or perhaps they just cease to matter at all. It is neither and either heaven and hell at the same time. It’s a neutral ground, oftentimes a depiction of natural chaos and uncertainty. Quite simply it’s just a defiance of classification, in where it is beyond both extremes. The number zero can be regarded as a perfect example to this creative discourse because it is the absolute personification of indefiniteness. In a plane, it is mostly where lines intersect and is the navel of all positives and negatives. Similarly in art, some pieces depict the past while others leap forward into the future. It does not mind time at all. There are things however, that simply land in the middle. Fusions, paradoxes, juxtapositions- -or at least whatever we call them. These are things that resist pigeonholing, these are positions in where everything is mixed up and is trying to escape definition. This is a spatial limbo where we float in confusion, like in art, in politics; inside the head of fake accounts, fake gods, trolls, and random online art critics– everything is just a depicted image that is a reflection of our social, psychological, and spiritual state. It is a collective state of zeros both as beginnings, endings, and indefinite infinites.

Zeros features the most recent works of Beejay Esber, Don Dalmacio, and Darell Ballesteros. Their method of playing with shape, form, and color is a perfect representation of the show’s main ideology. They arrive from a diversity of sub-practices, and yet their works simply reflect this state of balance among each other. The works meld together without a conscious effort to do so, and it’s not even their main goal. They don’t really care; not that this harmony of aesthetics is unintentional, but like the mathematical property of zeros, these artworks just don’t beg for representation and classification: It’s neither negative nor positive. 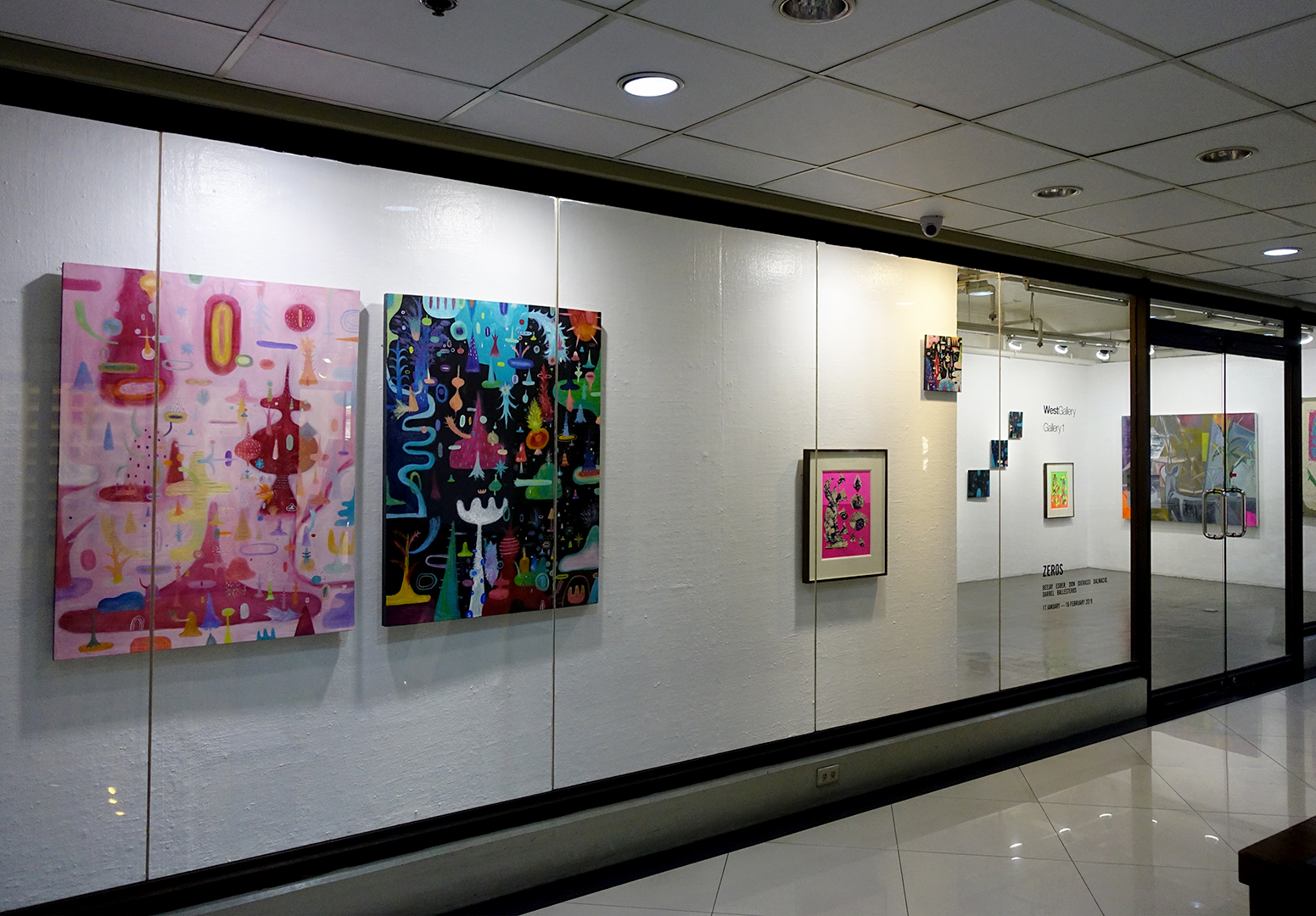 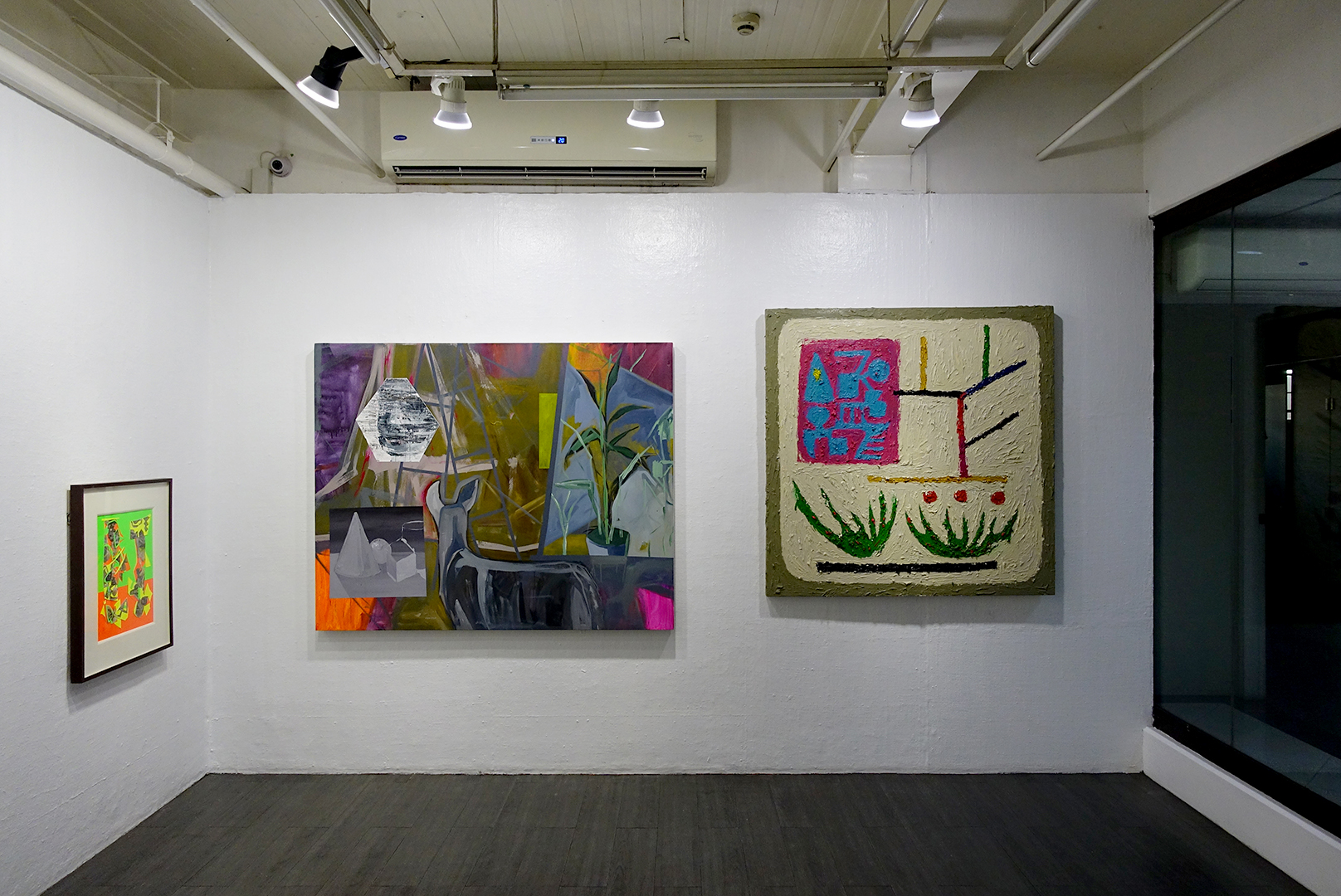 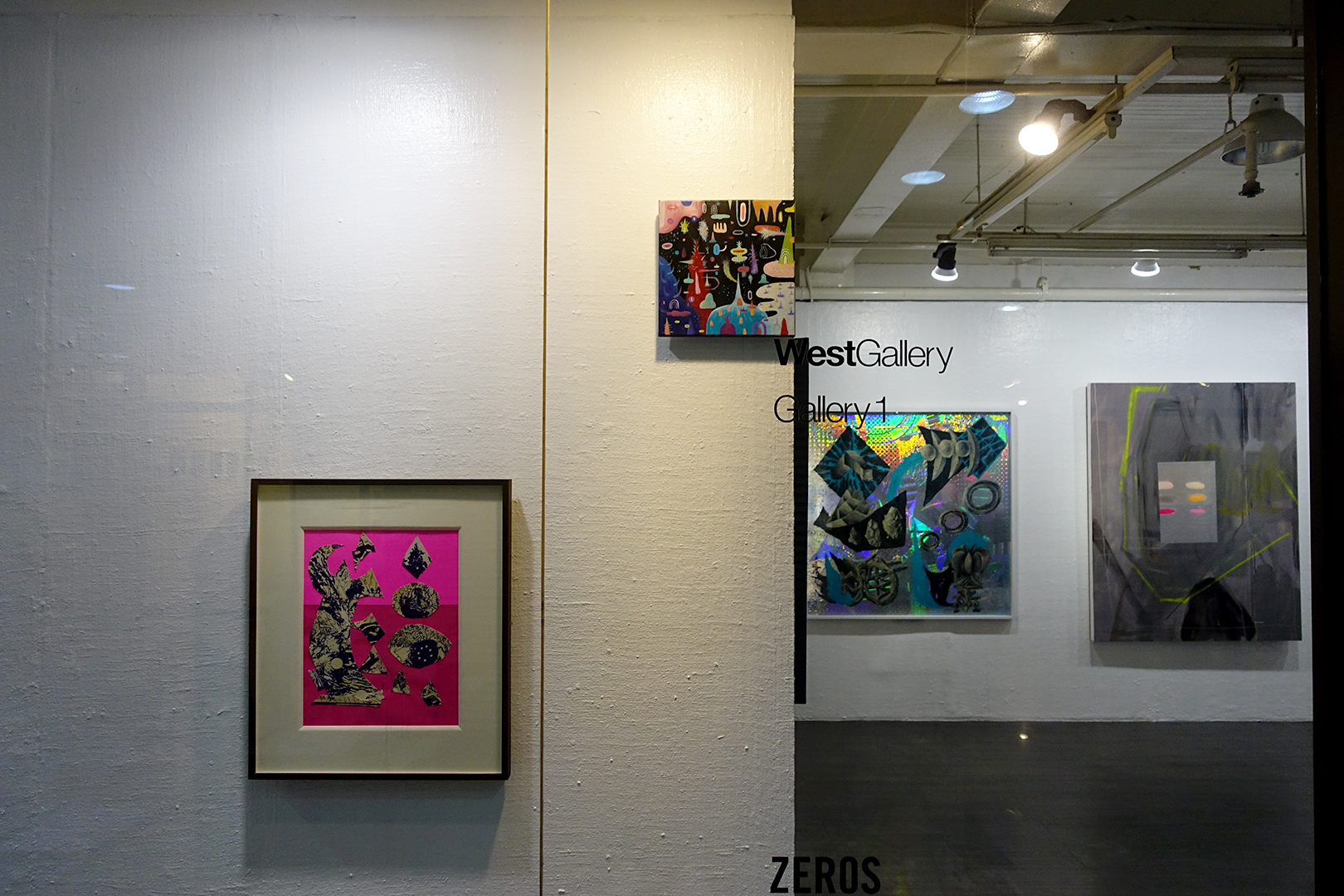 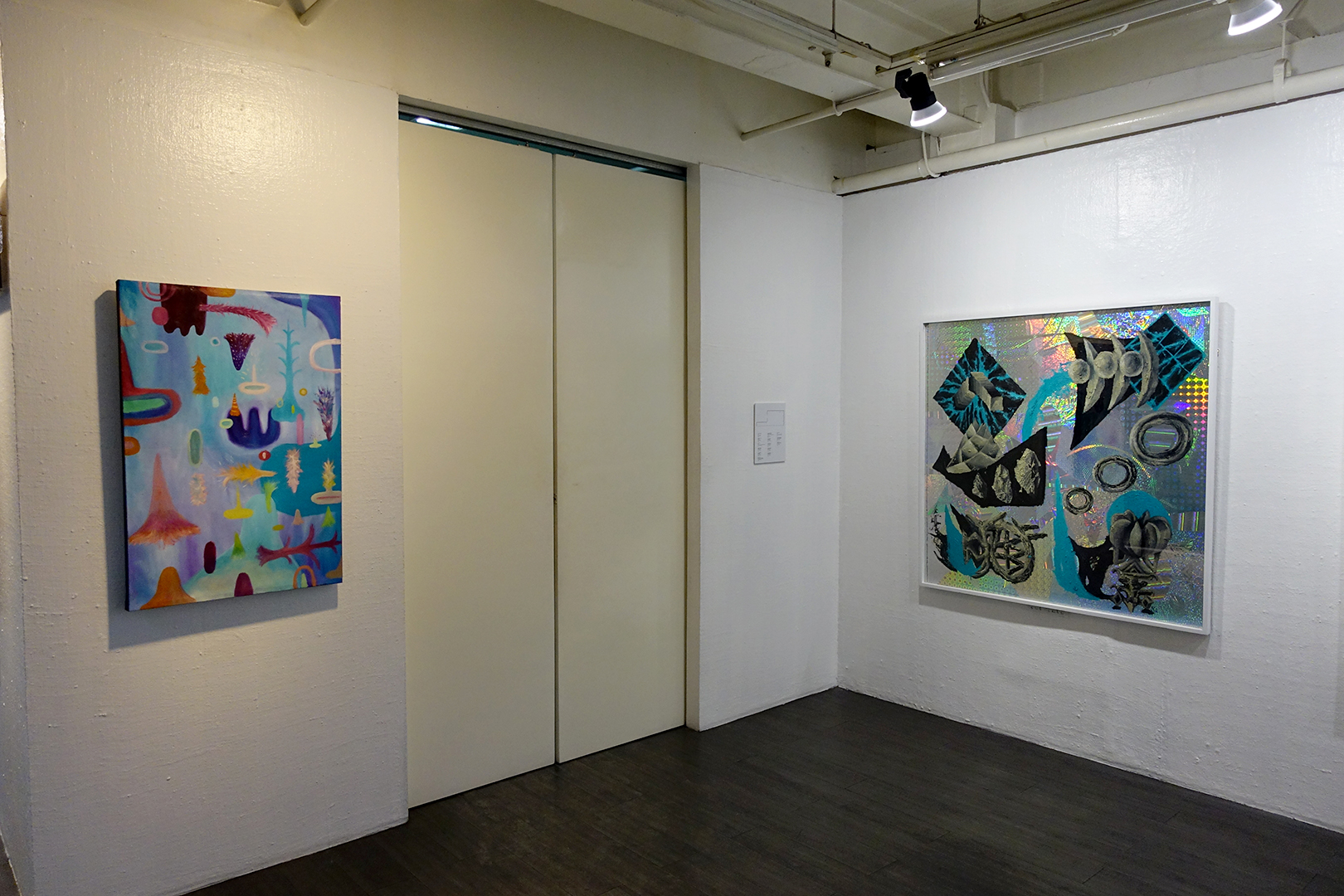 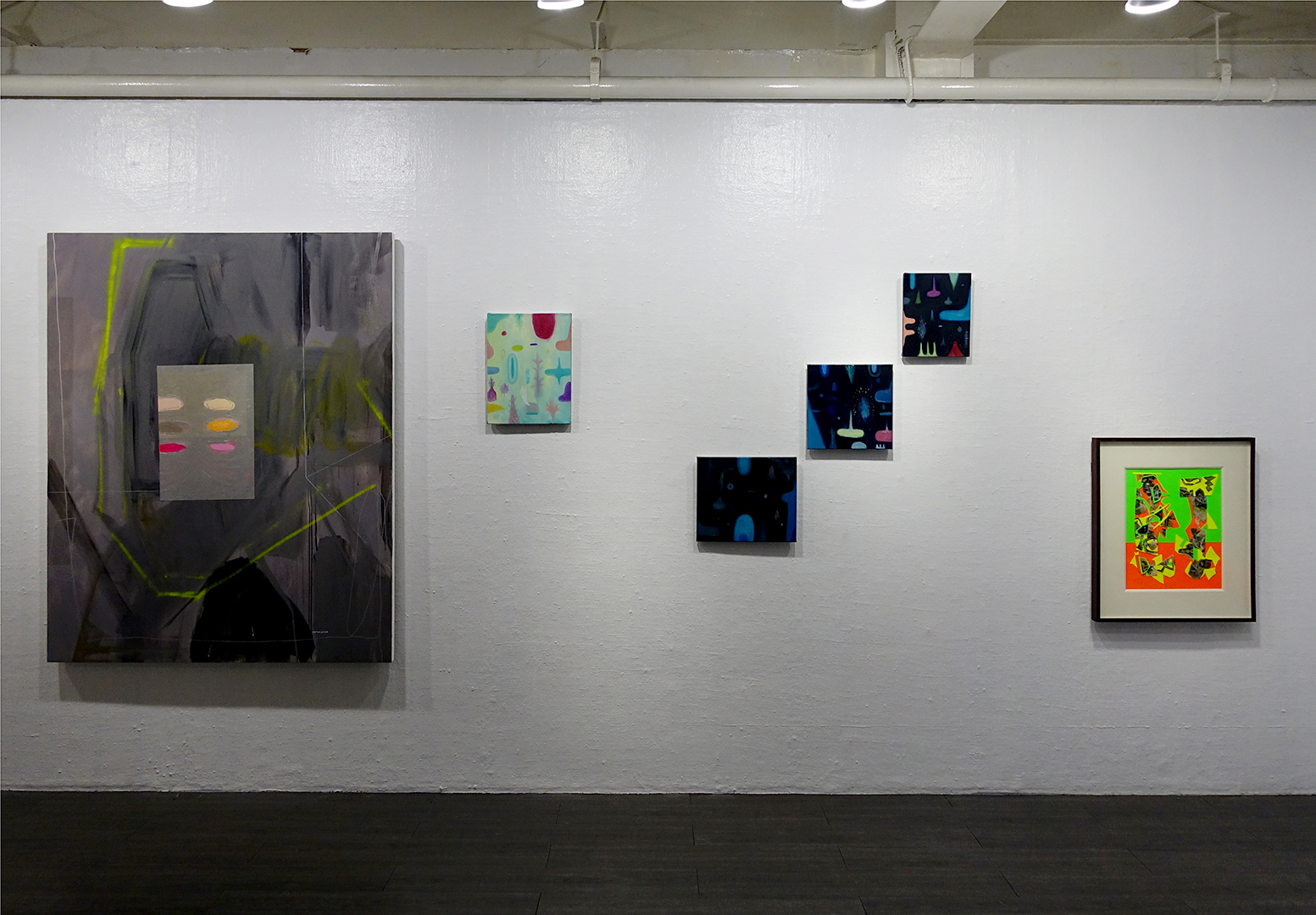 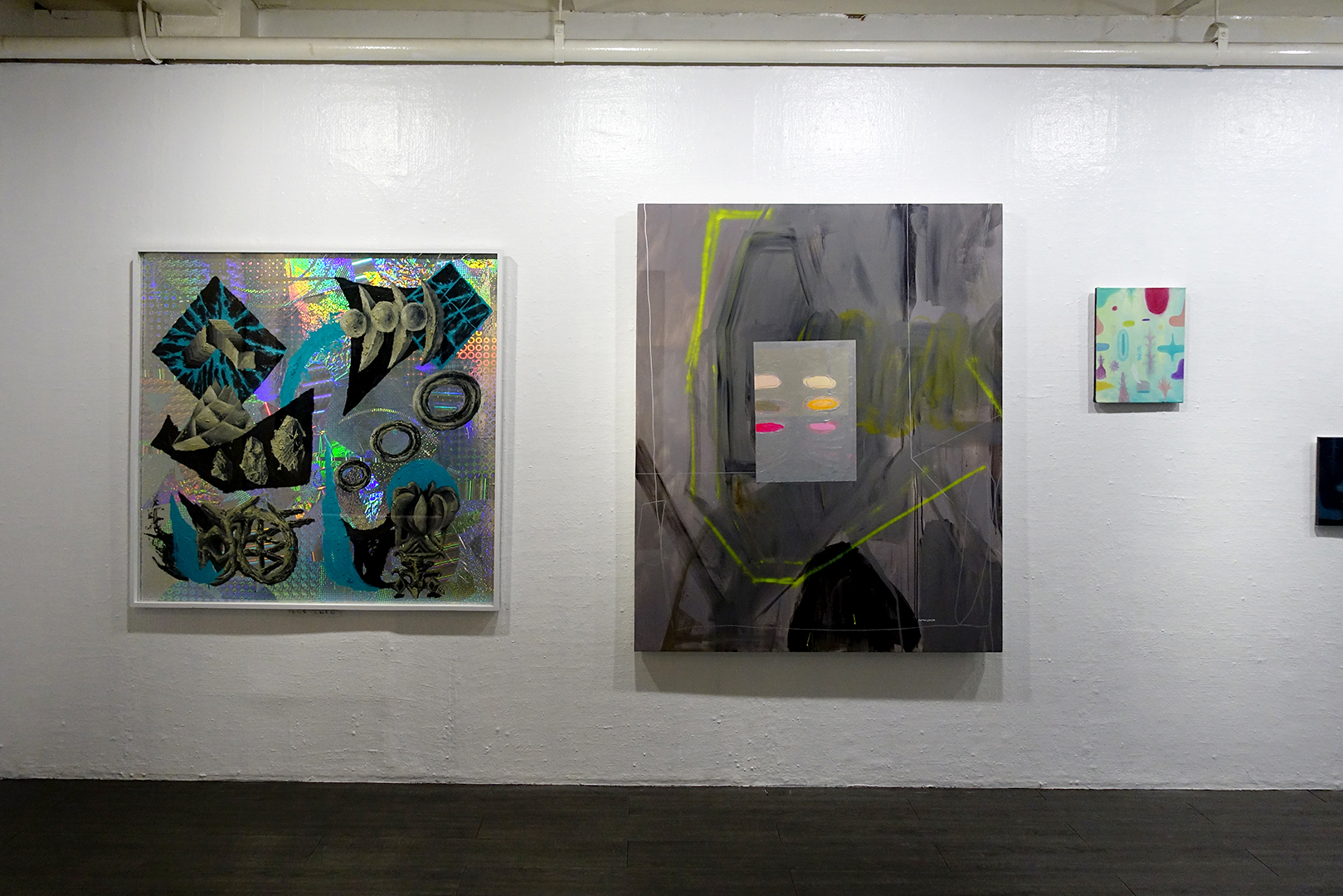 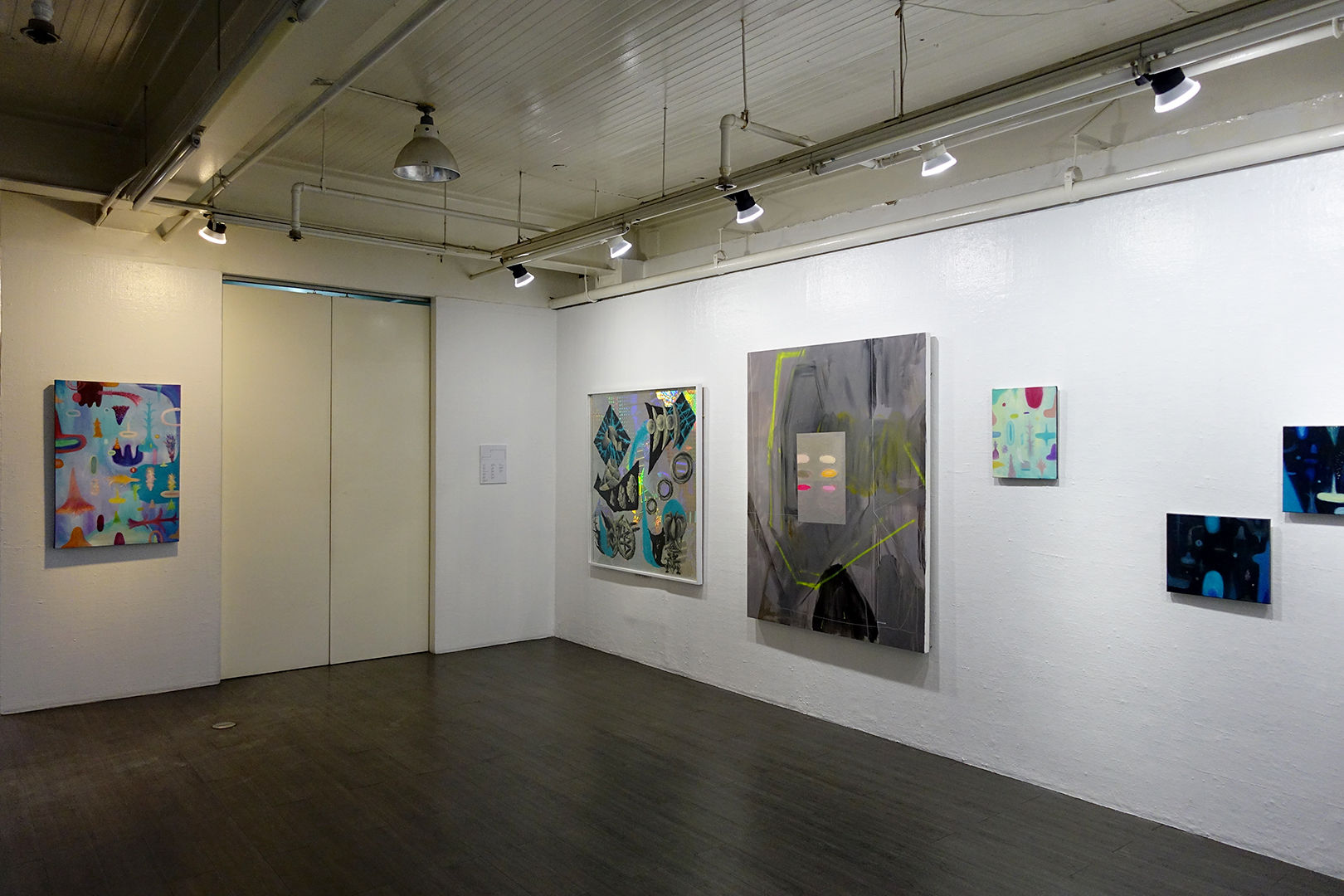 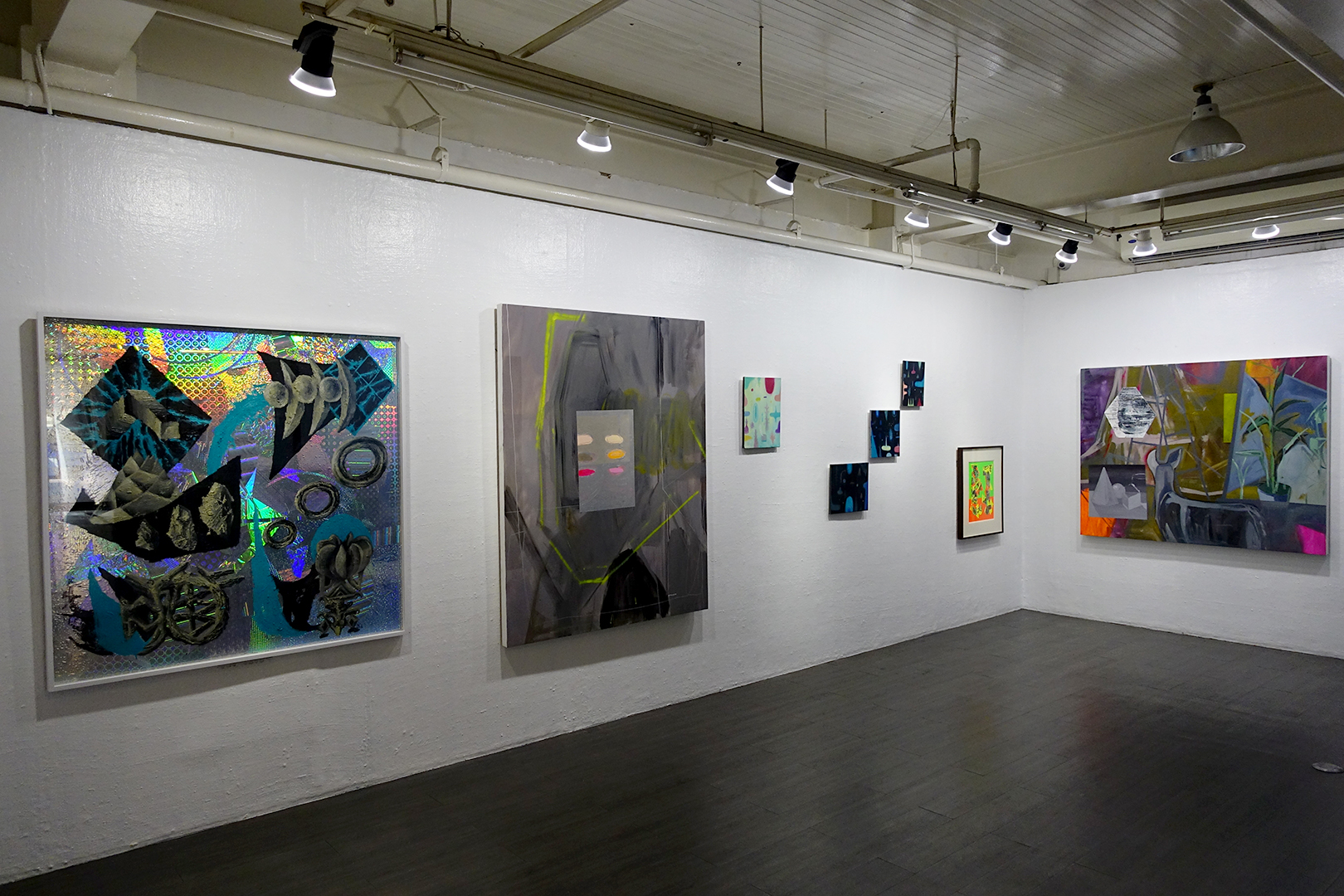