The streets of the city, particularly that of Metro Manila is labyrinthine. This is an understatement of course. The streets mirror the power lines that traverse over these maze-like paths – snaking through, and gnarled as a big ball of mess at some junction. As an urban dweller, our view of the horizon is perpetually inundated by these black lines, drawn and quartering the smoggy skies. For what is a city without its veins, its arteries pulse of its psyche that pathologically draws out its dynamics. Annie presents this psychogeography as a kaleidoscopic projection, a coiling and recoiling Rorschach that knots gaze and reverie into a mutable wooly nest. Where movement is not solely relegated to bodily activity but as an analogy of placement and displacement, of stasis and flux, of power relations, and linguistic/pictorial mnemonics.

Glass as ground is plumbed for its reverb of metaphors – its reflective materiality refracts, cuts, and mirrors, and reveals all at the same time – a gaze that is not fixed is also a gaze that is connotative of subjectivity. Michel de Certau places this gaze between two points of immobility bordered or framed from a window of a train – the observer as passenger from a fixed position in her seat, and the wires, poles buildings, trees – as immobile fixtures of a place being passed by, as things in themselves in their places in the world. Movement is illusion or movement was rather ordained by time :

“ They have only the movement that is brought about from moment to moment by changes in perspective among their bulky figures. They have only trompe-l’oeil movements. They do not change their place any more than I do; vision alone continually undoes and remakes the relationships between these fixed elements. ”

The gaze affixes them further in a persistence of memory – we see what we remember. The glass or the window pane acts as a sieve for this transposition, an instrument of exile, in a landscape in flux :

+ scape : from Middle Dutch scap meaning ship or quality, condition, act power, skill, relation between; or from Anglian scip meaning state or condition of being –

>>>>>>scape, an escape into reverie , a dispossession of a certain immobility, a rewriting of a condition of being. But the clouds are redrawn as these thick power lines where Annie places us in wavering paradoxes of unmoored inertia, of a mobile immobility, and of motile spectating 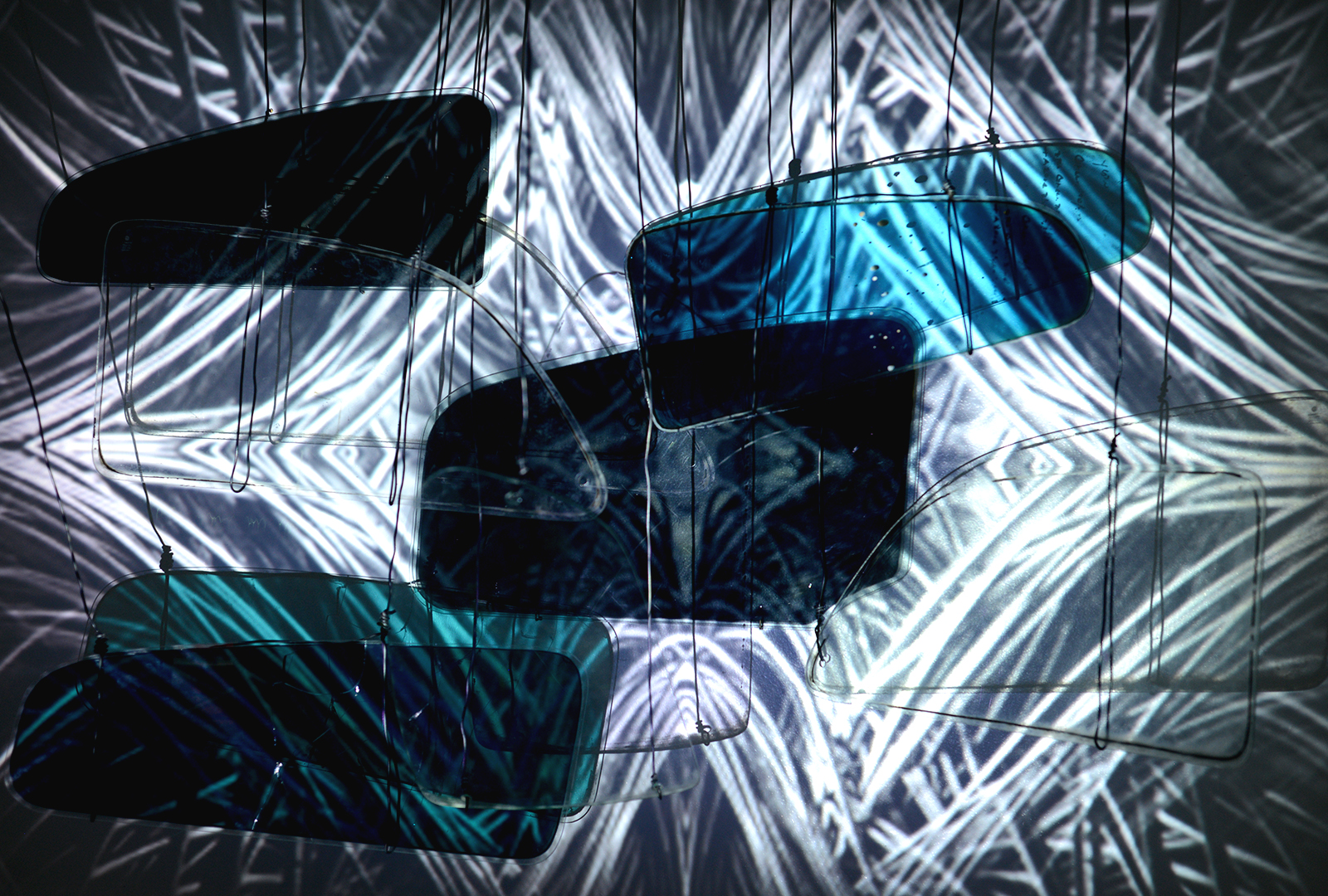 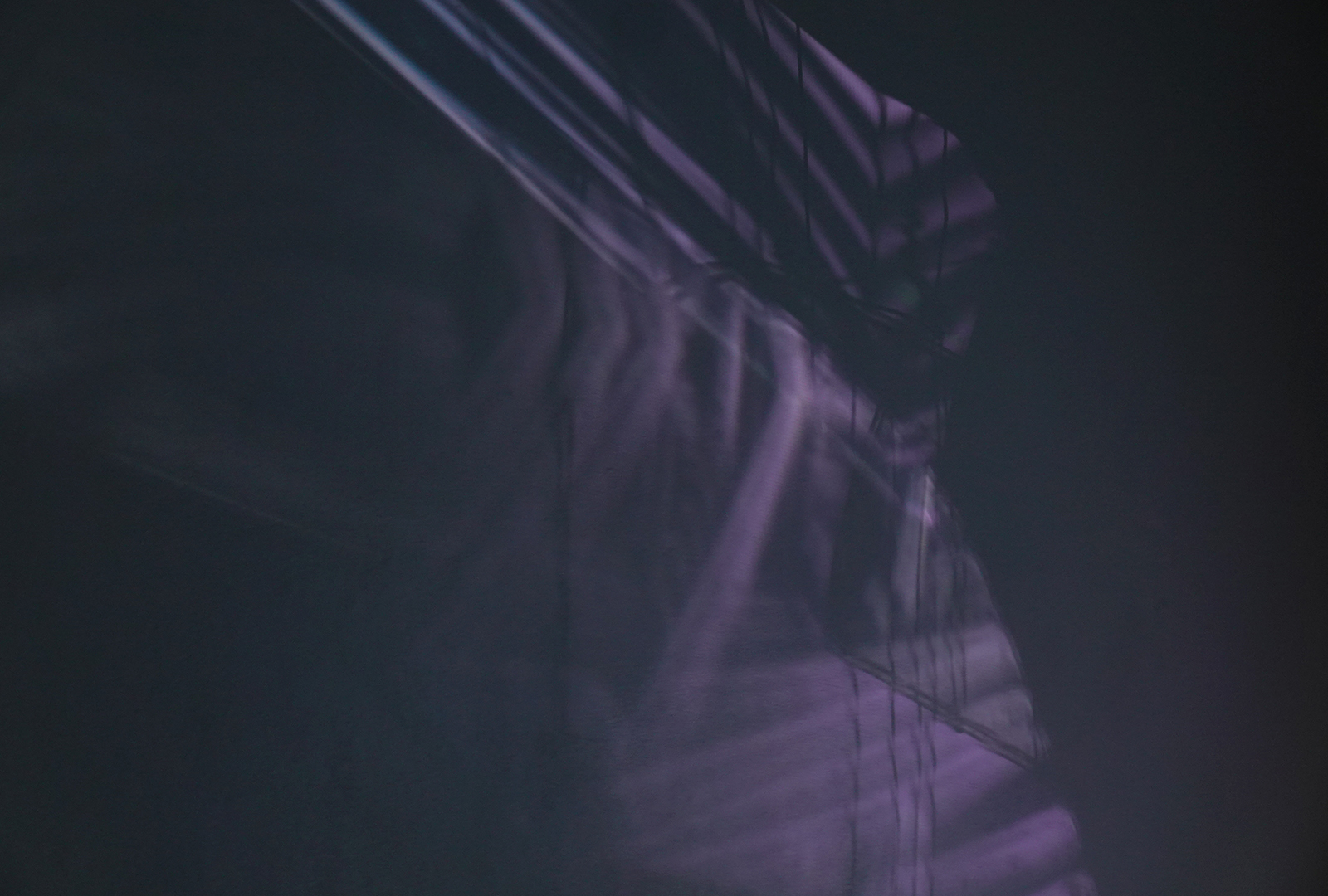 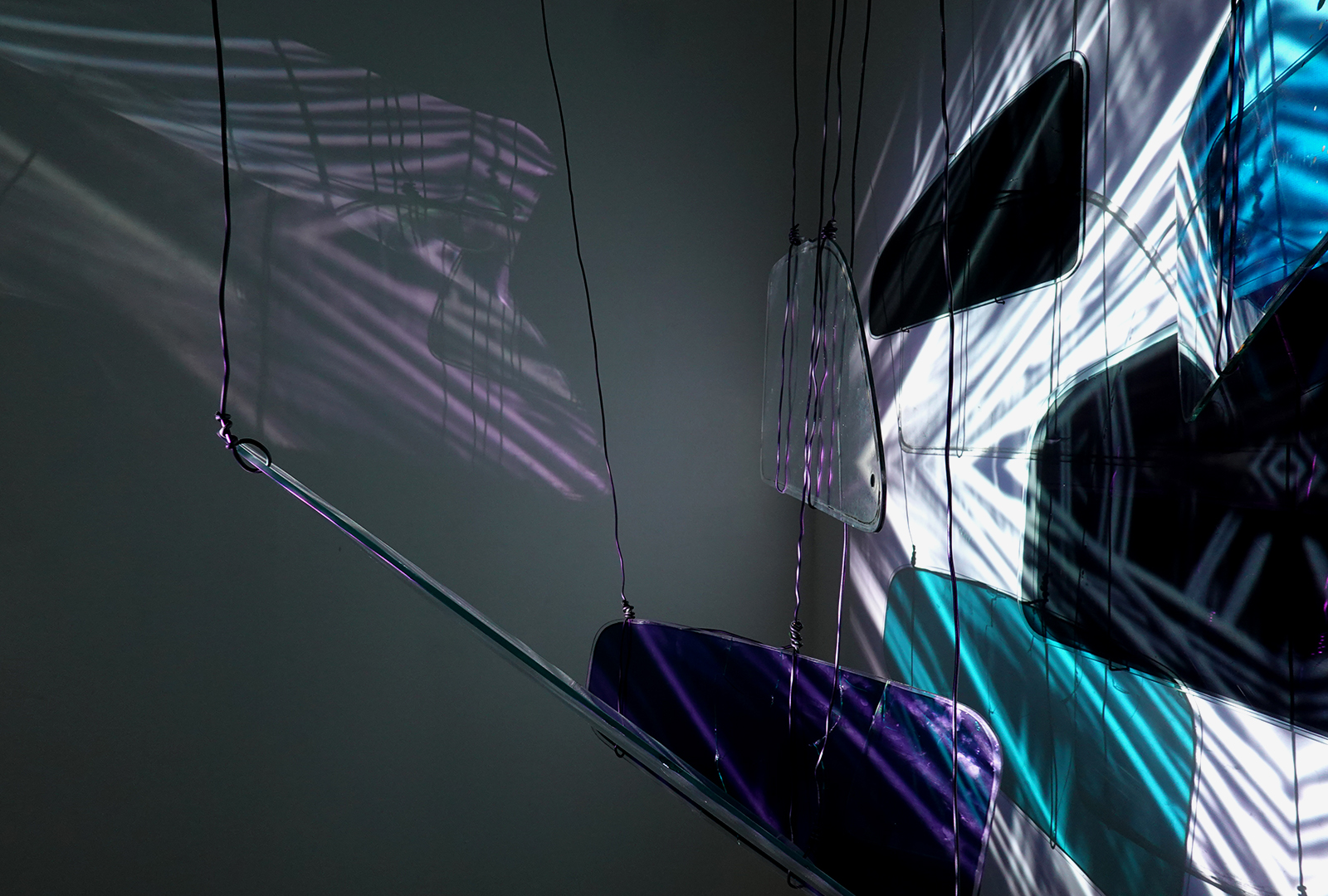 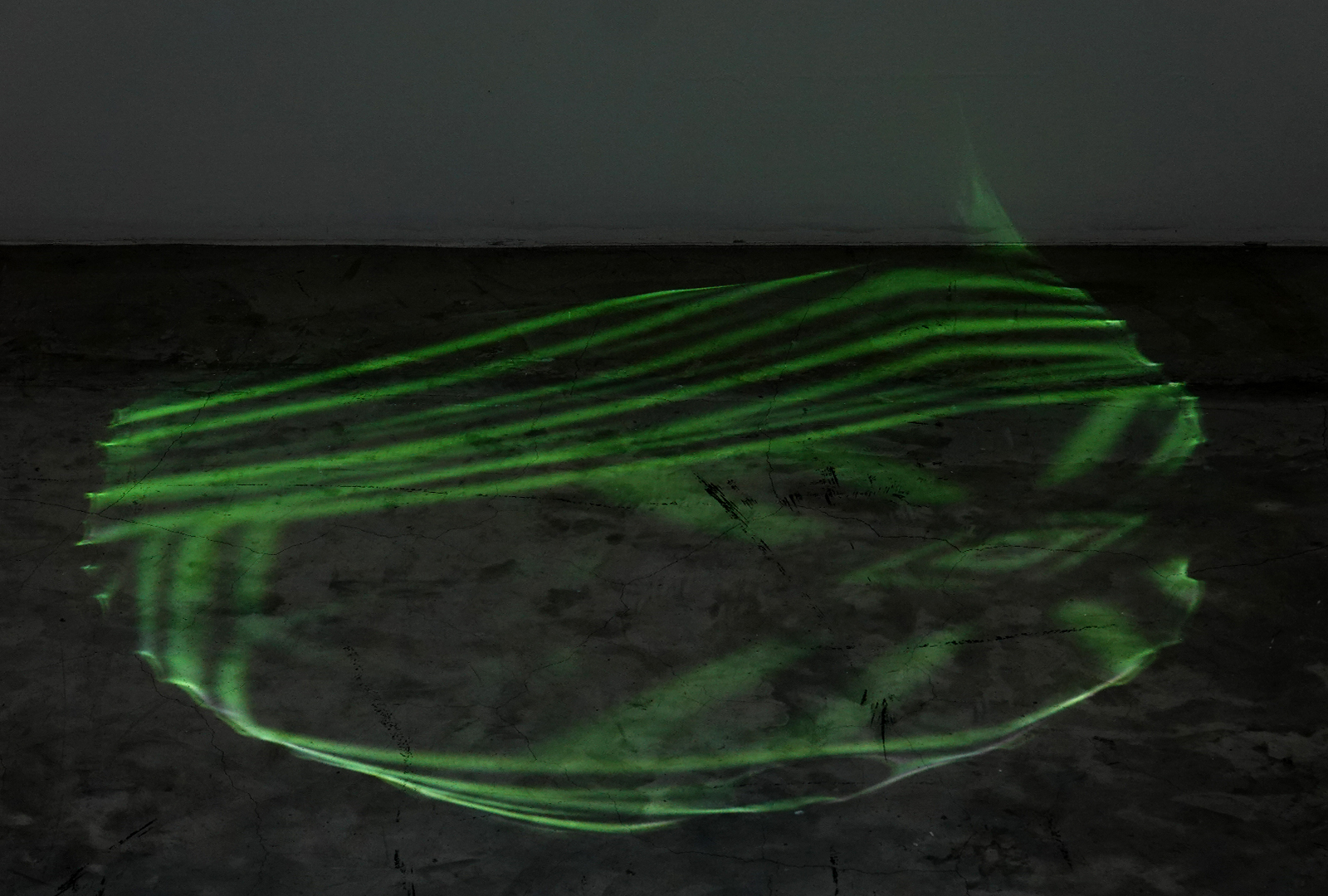 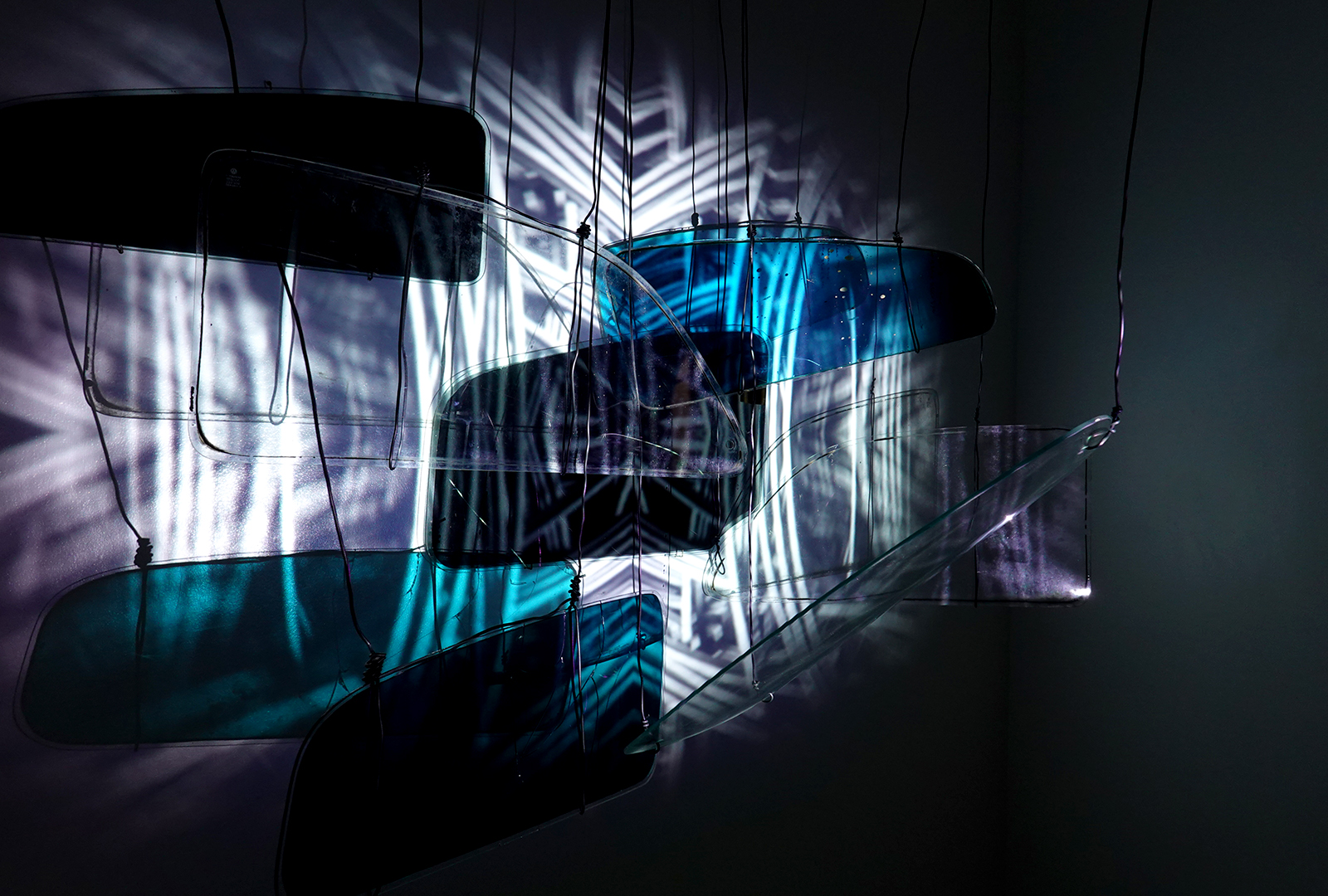