Traces By Which We Remember

Of Memories and Records, Of Relics and Replicas, Of Monuments and Memorabilia

In her previous works, Jel Suarez had found her way through the vastness of History with a series of cut-outs that navigated through the flatness of Modernist art and artists. She then continues through the sculptural horizon by extending the dimensions of what she calls “involuntary remembering”. Her latest show, Traces By Which We Remember, is transitional: a collage of sculptures taken from books transform into landscapes of books and marbles. In the absence of sculpting conventions, she finds herself reconstructing these new compositions from previously dissociated shapes of fluid drapery, into what is now the chipping of hardened surfaces (such as the world-famous marble quarries of Carrara, seen from a 19th century print). Suarez goes back to a source material, logically etching on surfaces that was once only copies of her compositions. It’s what Rosalind Krauss, in defining the expanded space of sculpture, places as that when “logic of the space of postmodernist practice is no longer organized around the definition of a given medium on the grounds of material, or, for that matter, the perception of material.”

Thus, image is pinned to texture is pinned to paper is pinned to binding; shape is printed on landscape is printed on surface. Suarez sees this repetitive process as memory akin to the digging of a past. The artist, like any other, finds herself in an archaeological duty to remember. Much like the fragments in her previous works (ranging from museum pieces to tribal relics), the merging is logical: marble quarry sees itself in the copy of its own texture, prints itself in the hallucinatory topography of the marble surface. It’s this repetition, the habitual, which allows a sedimentation of the past that Suarez continues with her previous whole-as-fragments. These relics as recalling, the geography for the past as a foreign country, serve as origin story to the artist’s eventual sculpting.

Jel recalls stacking stones and building cairns as a kid spending her summers amidst colonial houses in Batangas. She grew up in Caloocan and lived next to a construction site that surrounded her with chipped cement rocks: she fondly remembers gathering them. In college, she took up psychology in place of the personally-desired architecture. Suarez worked as a special education teacher before discovering her art practice.

The malagan carvings of Papua New Guinea were intricate sculptures made from found objects gathered around a person’s environment, and used throughout the important stages of an individual’s life. In its final use, the man’s death, the sculpture is traditionally destroyed that allows for rebirth in the ancestry. The past is everywhere, says professor David Lowenthal: All around us lie features which, like ourselves and our thoughts, have more or less recognizable antecedents. Relics, histories, memories suffuse human experience. Whether it is celebrated or rejected, attended to or ignored, the past is omnipresent. 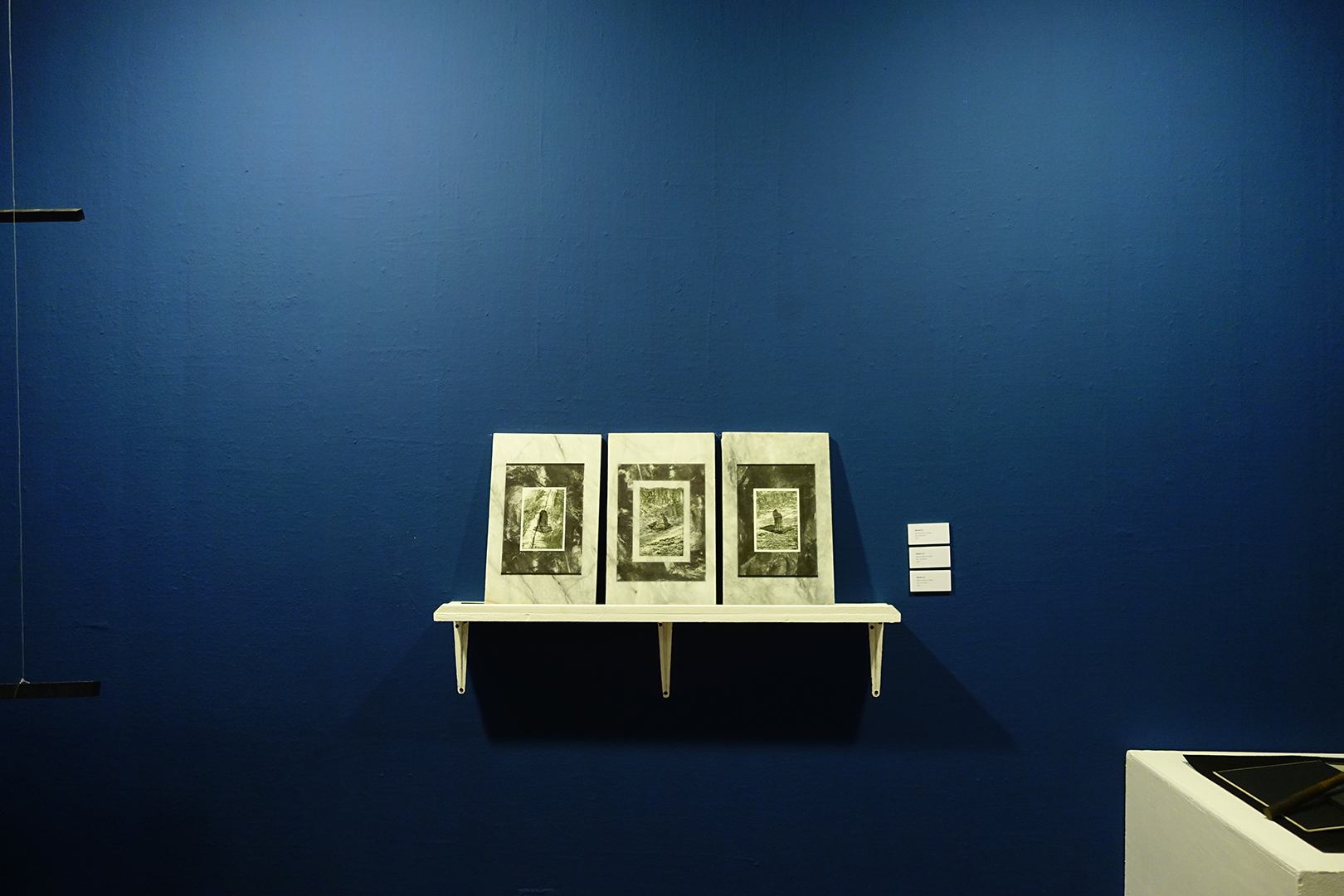 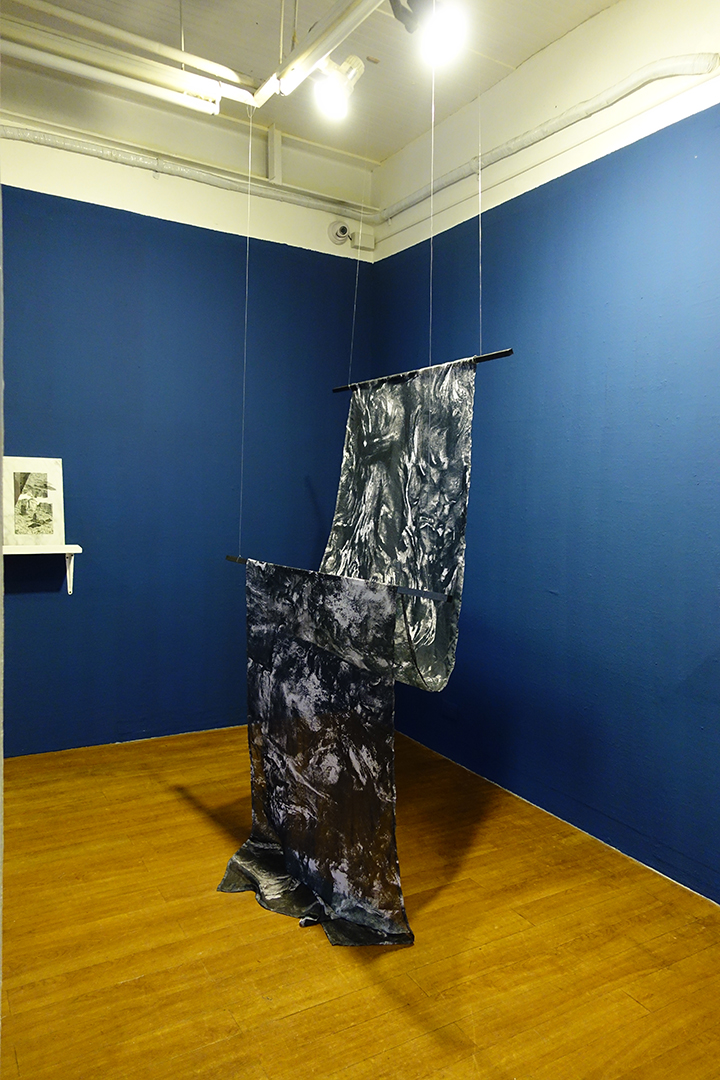 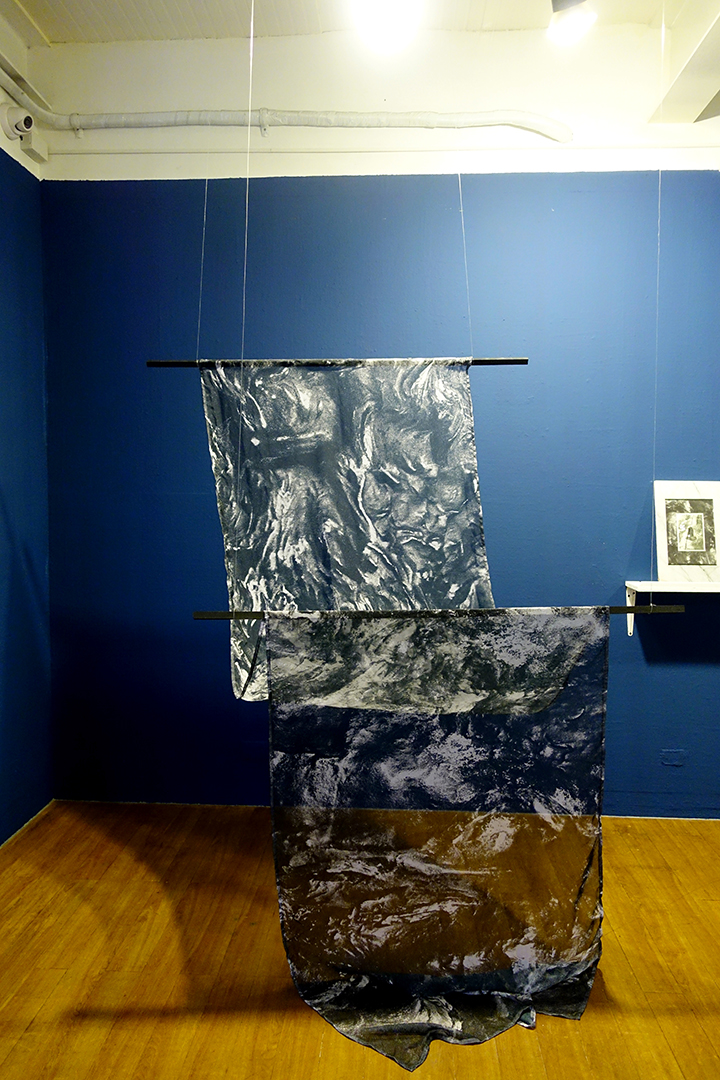 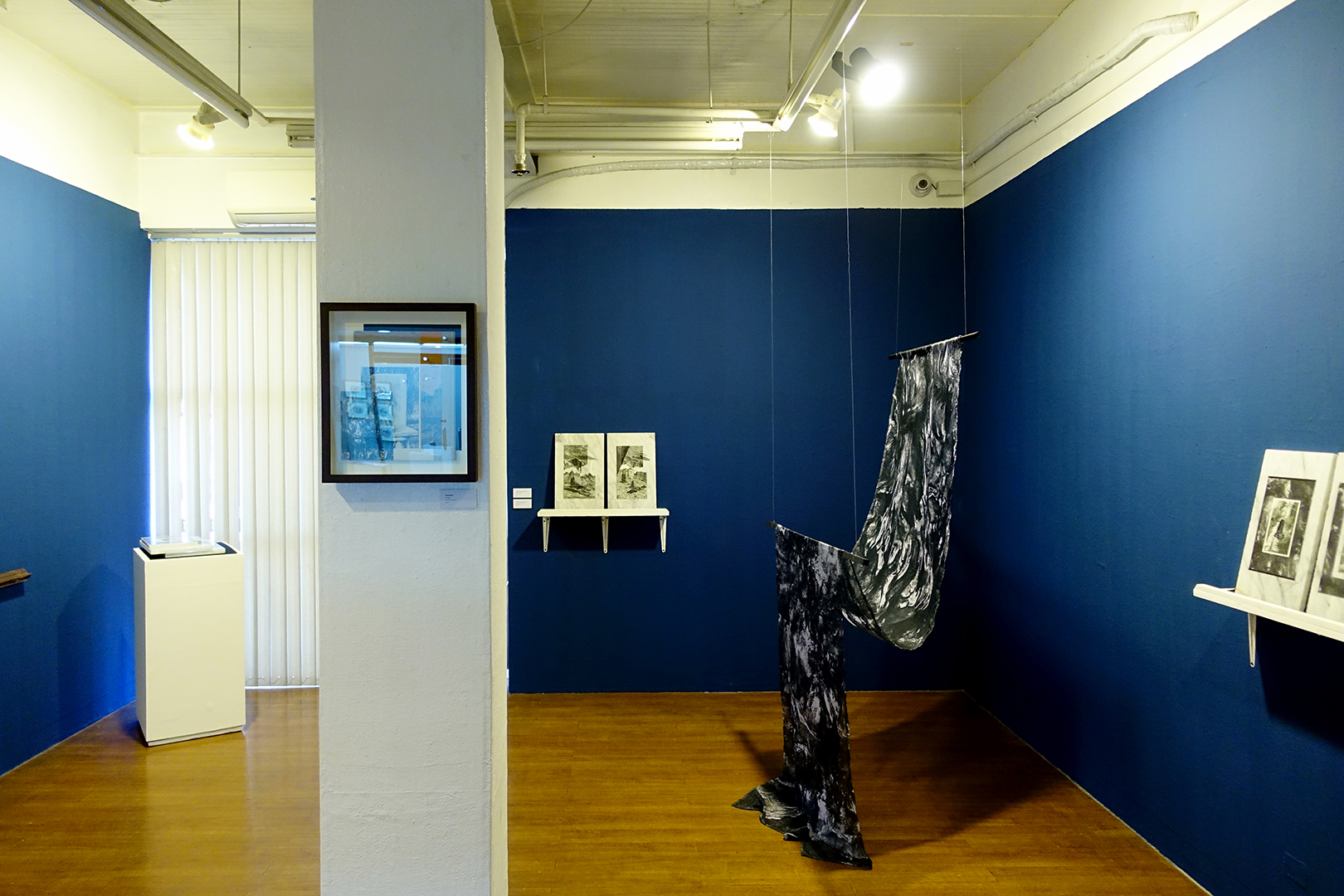 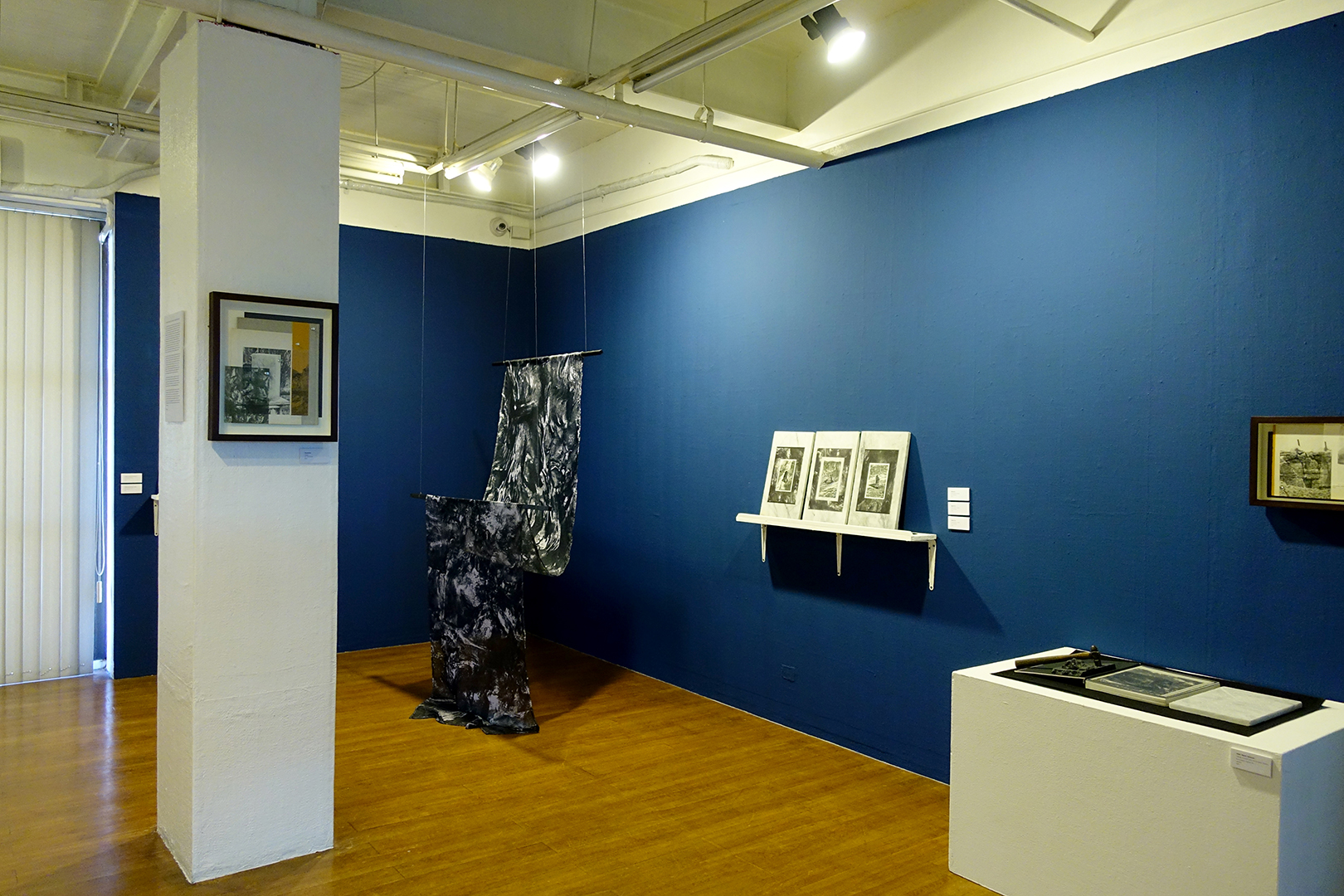 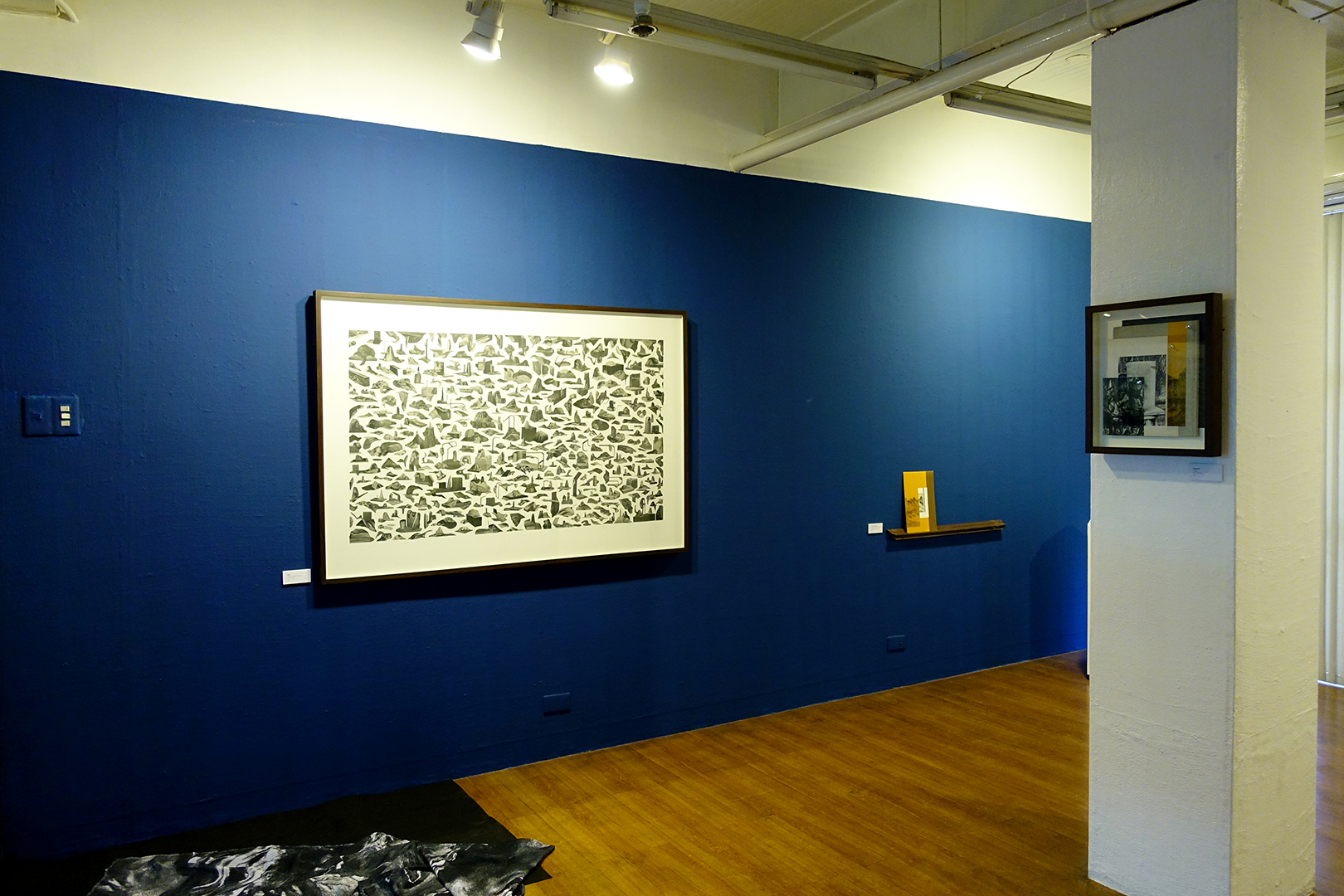 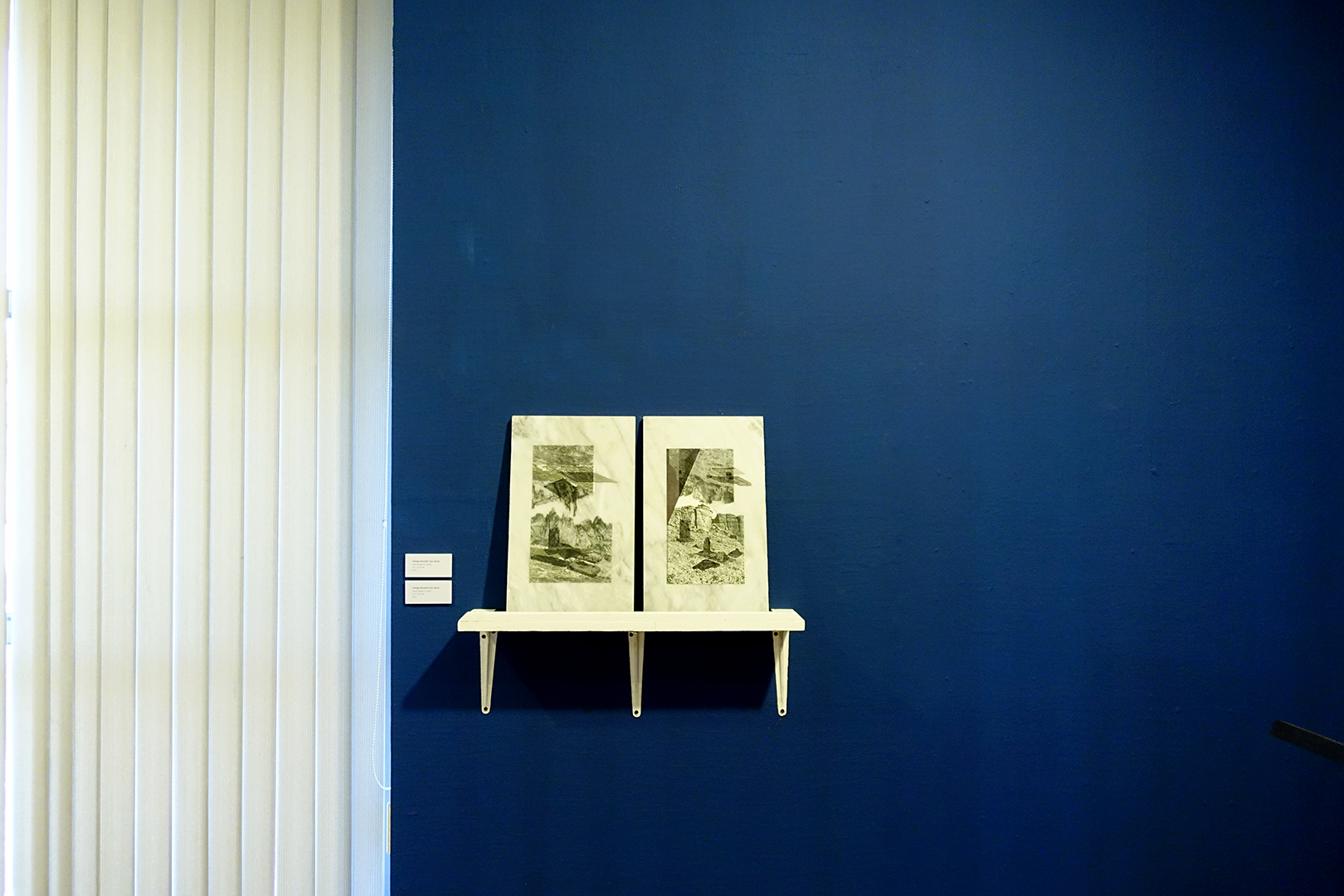 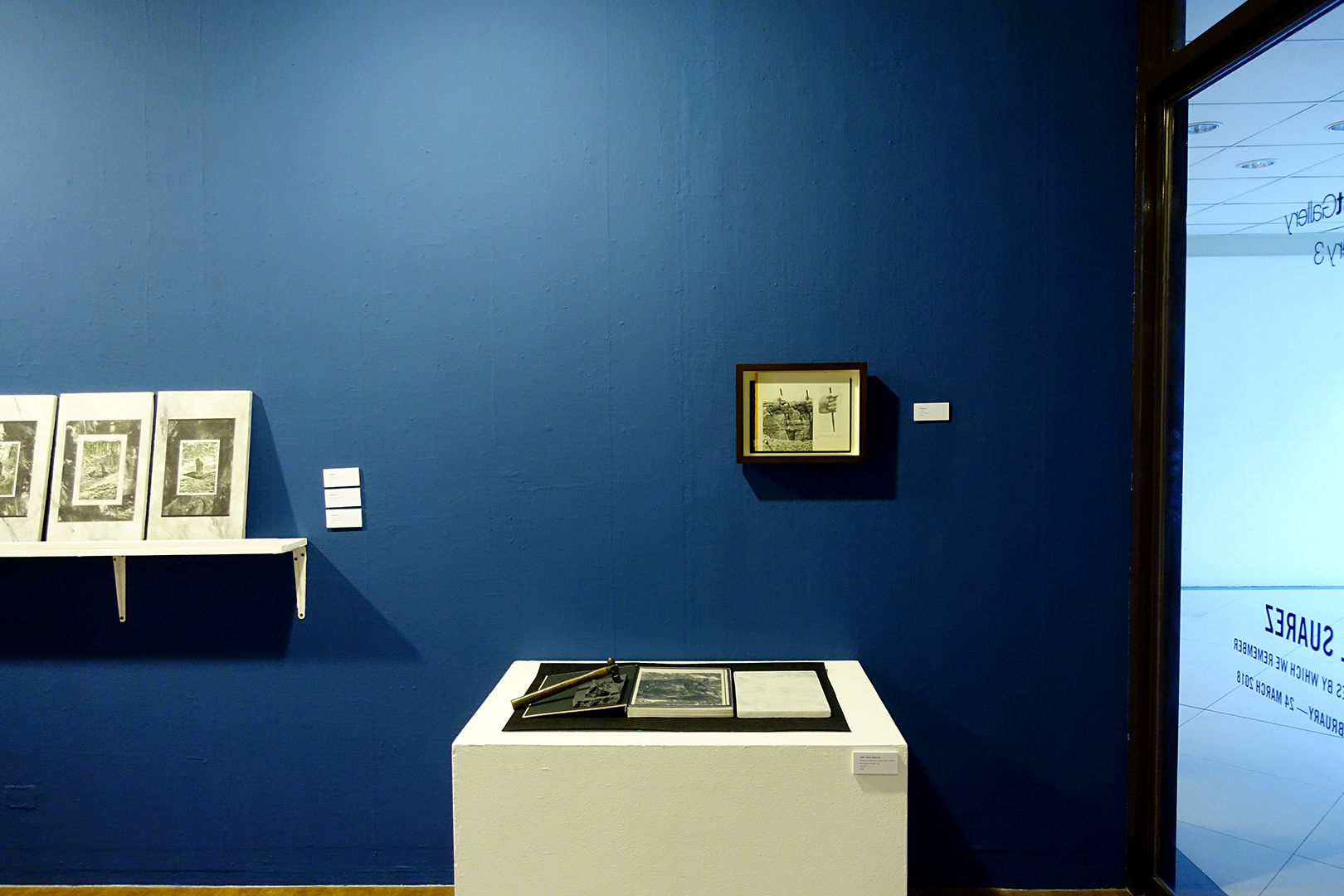 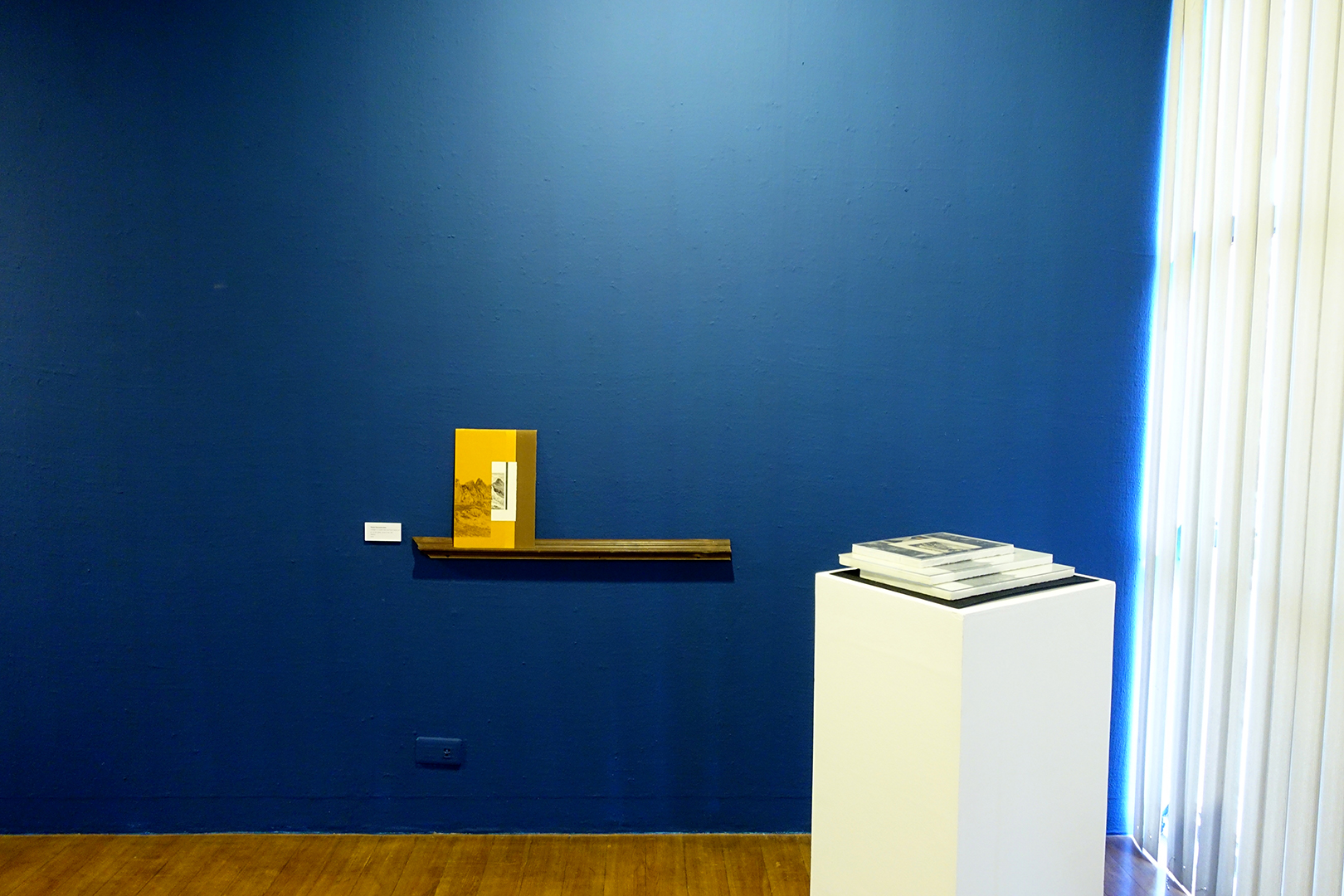 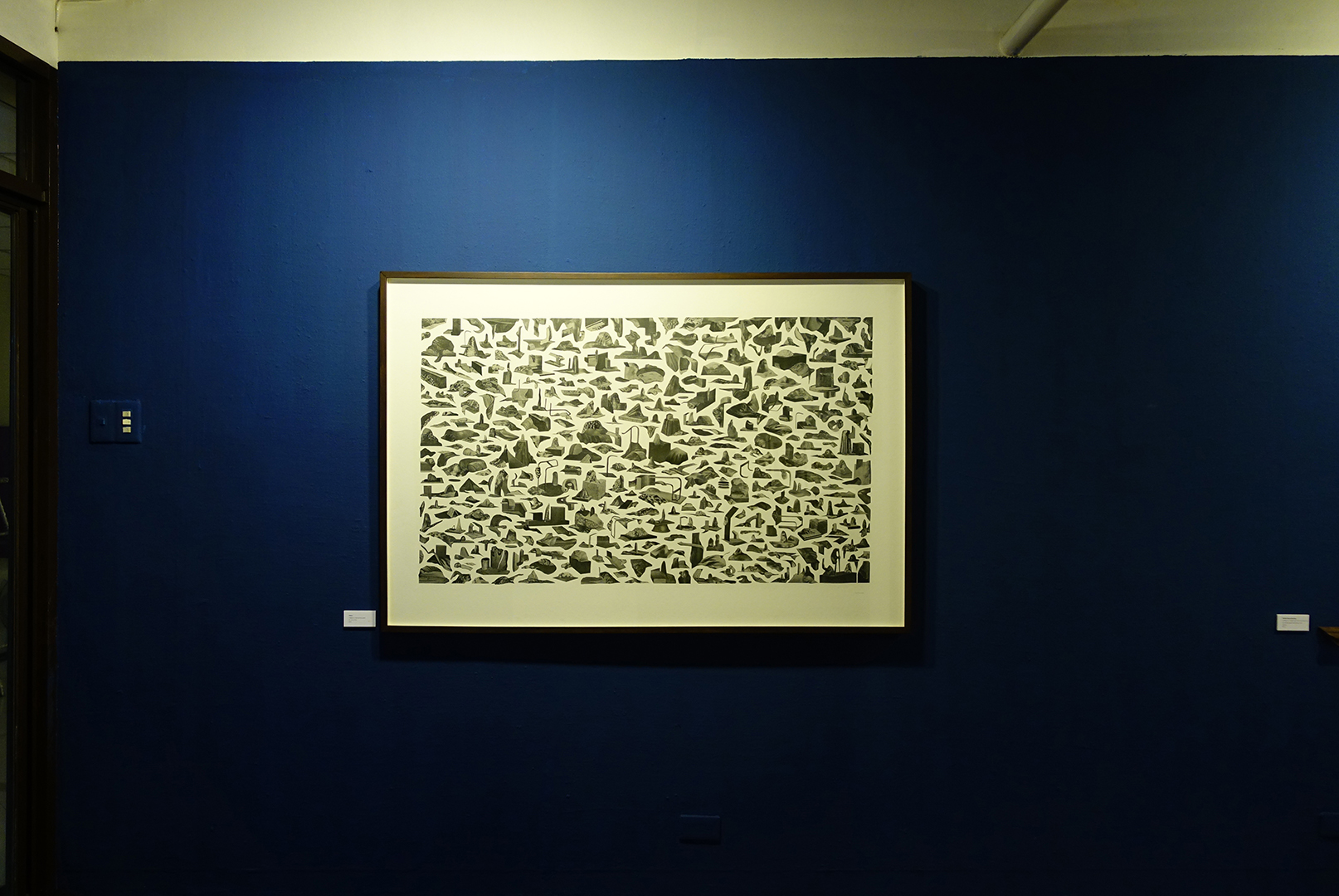 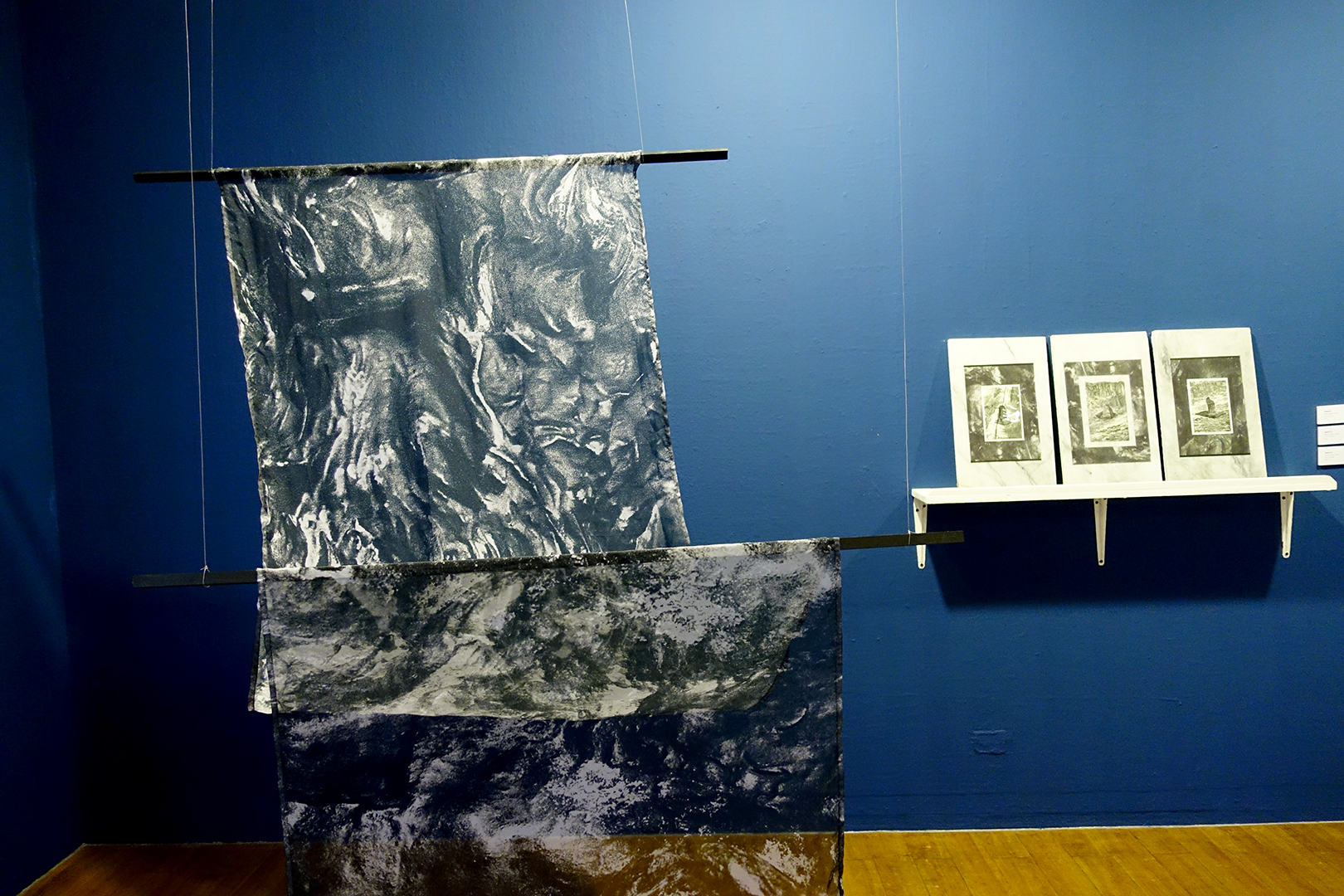