Raffy T. Napay, in his third one-man exhibit, titled Thread Experience, experiments with a new medium, but continues to draw inspiration from personal experience, as he did in his previous two exhibits. Instead of mixing paints, though, he uses threads to tie in together the inner strength of his immediate family members. For Napay, the thread, as a symbol of the strong connection he feels toward his parents and siblings, was a fitting material to convey his ideas on the basic social unit that is the family.

Growing up with a mother who was a dressmaker, Napay was exposed to different types of threads and other sewing materials at an early age. So, after learning the basics of painting, he explored the potential of other materials, beginning with the available threads and textiles at home. And Napay realized that the creative process, regardless of the material used, was quite similar, from early conceptualization to putting on the finishing touches on a work. The handiwork demanded just as much time and attention to detail as painting did.

It is no surprise that Napay pays tribute to the virtues of his parents in “The Hunter, My Father” and in “The Sewer, My Mother.” He sees them as good role models who never backed off from their responsibilities as providers and guardians despite humble backgrounds. In “The Harvest,” he features the generosity of children toward their parents, of sharing one’s blessings after a hard day’s work. “Still Walking” emphasizes resilience amid the heavy rain or storm that disrupts daily living. “Connected Heart,” meanwhile, speaks of the tight bond that keeps a family united.

The centerpiece of the exhibit is undoubtedly the piece titled, “The Family,” in which Napay patiently sewed together by hand a portrait of his family in an open field. They take shelter under the shade of a tree, staying together to shield each other from danger. Napay admits it was the first piece he started working on, and it was the last one to get done. Though armed with a general idea on the composition of each piece, he wanted to keep it as spontaneously as he could, stitching the elements together on the spot. He knows his subjects so well that the ideas started flowing naturally, even as he was learning to use a sewing machine. Using more colors in this series, he says it signifies that he may be at a point in his life where he is more fulfilled, feeling a sense of deep satisfaction after all the hard work.

He adds that using threads as art materials taught him a lot, and he wouldn’t hesitate in using them again in the future. 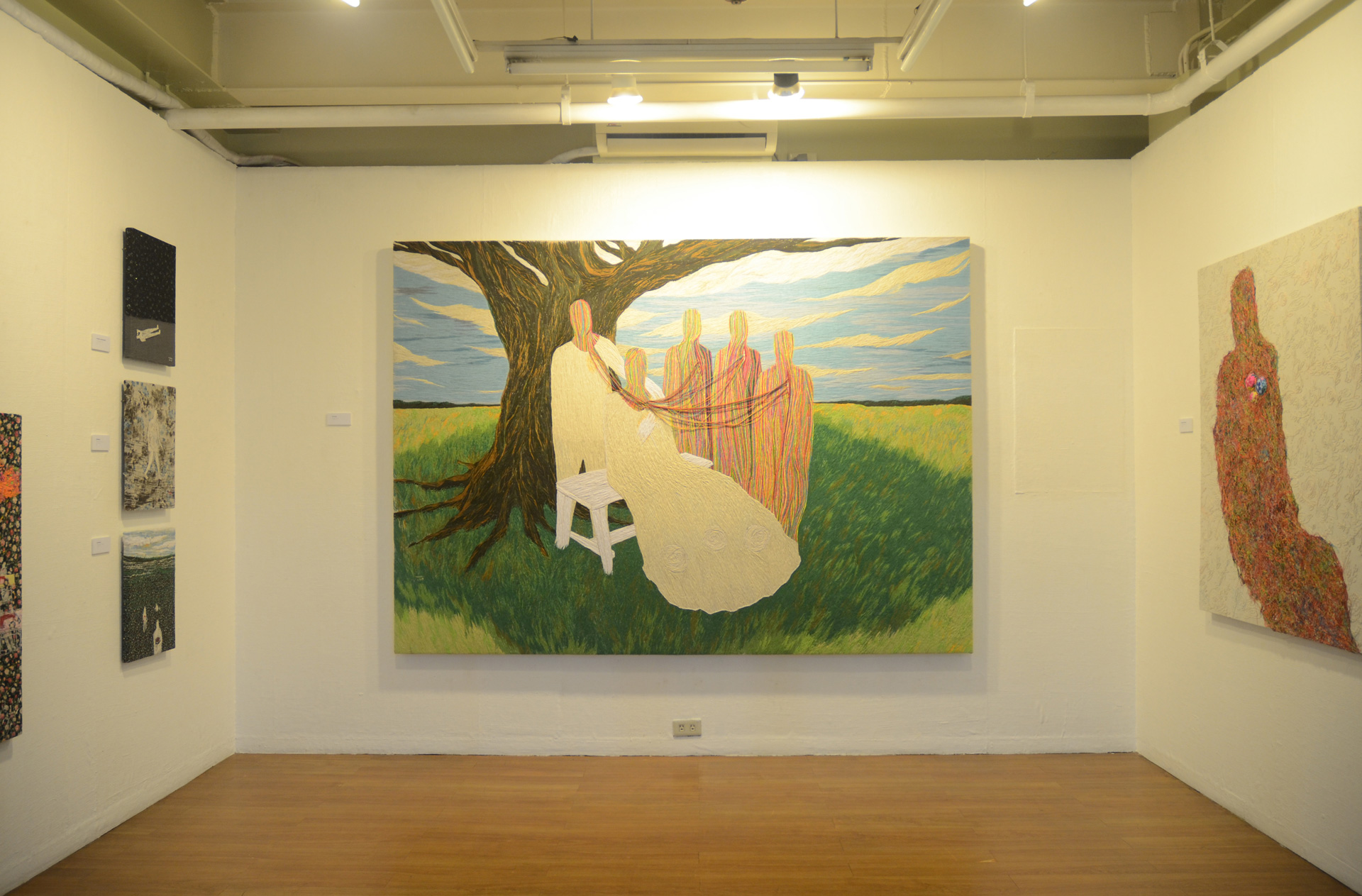 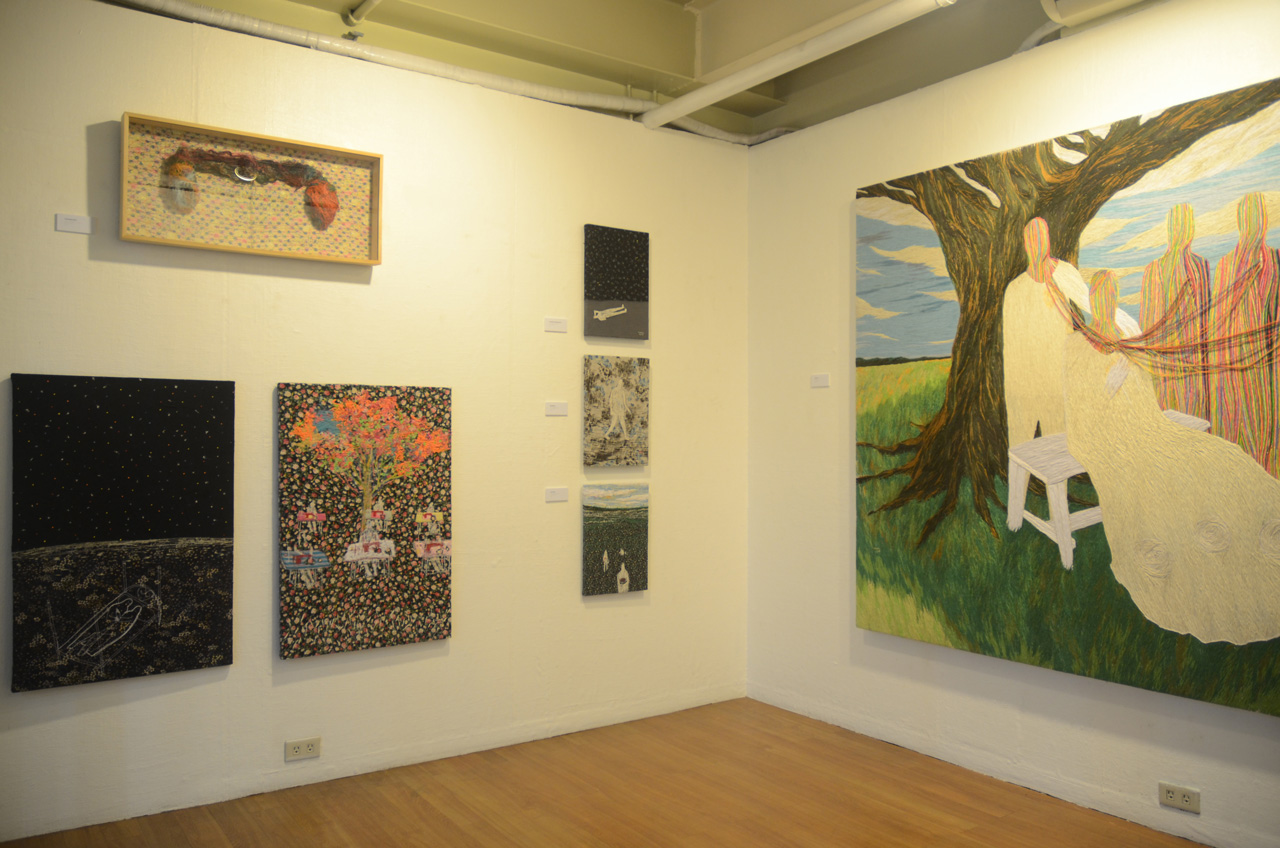 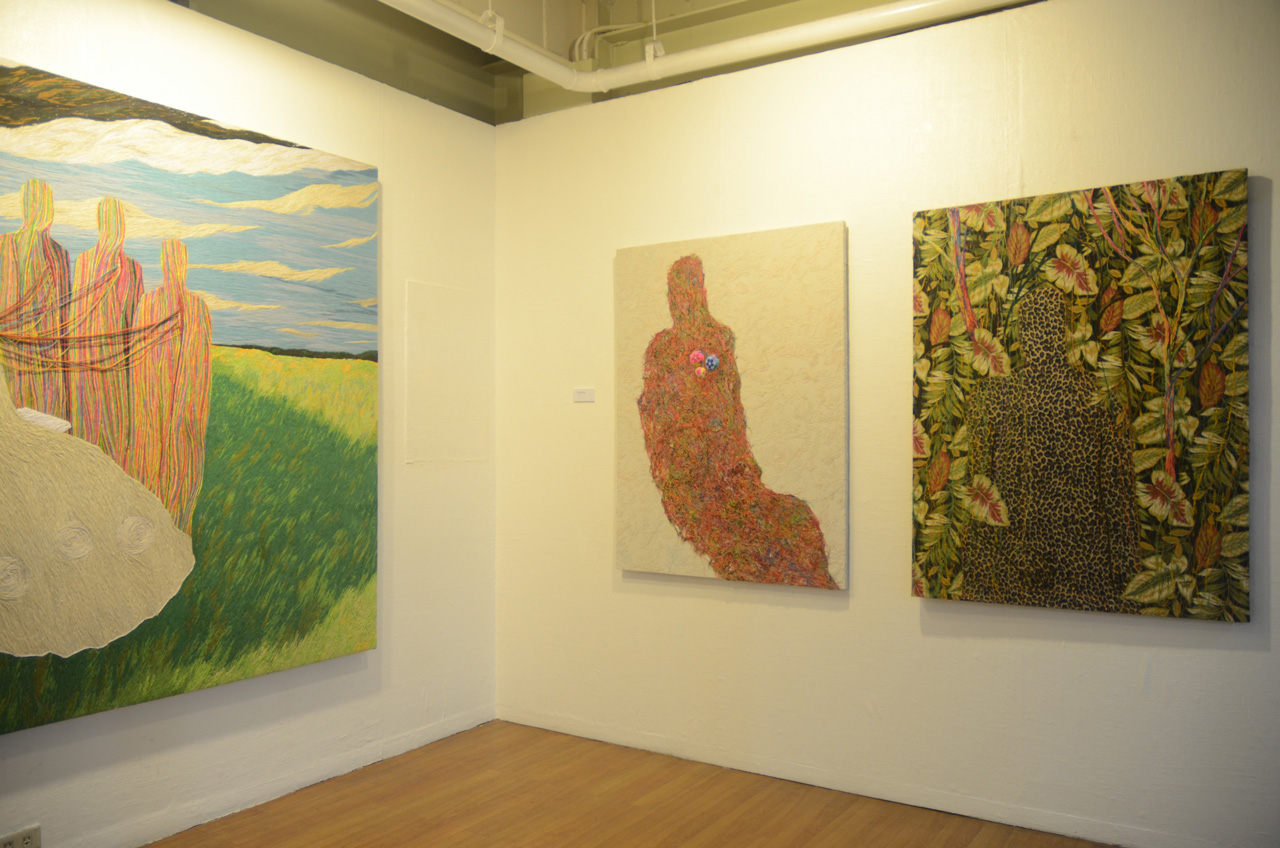 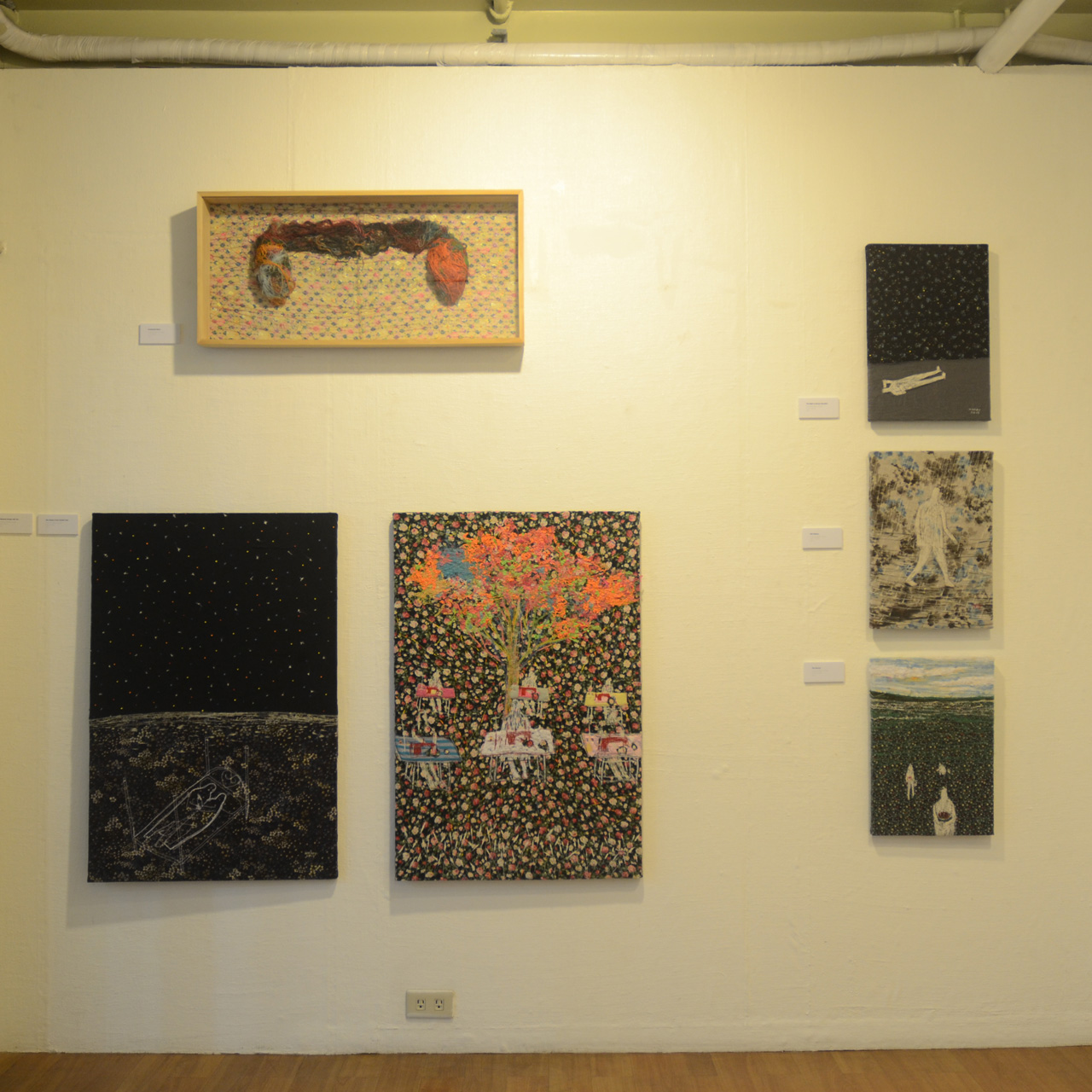 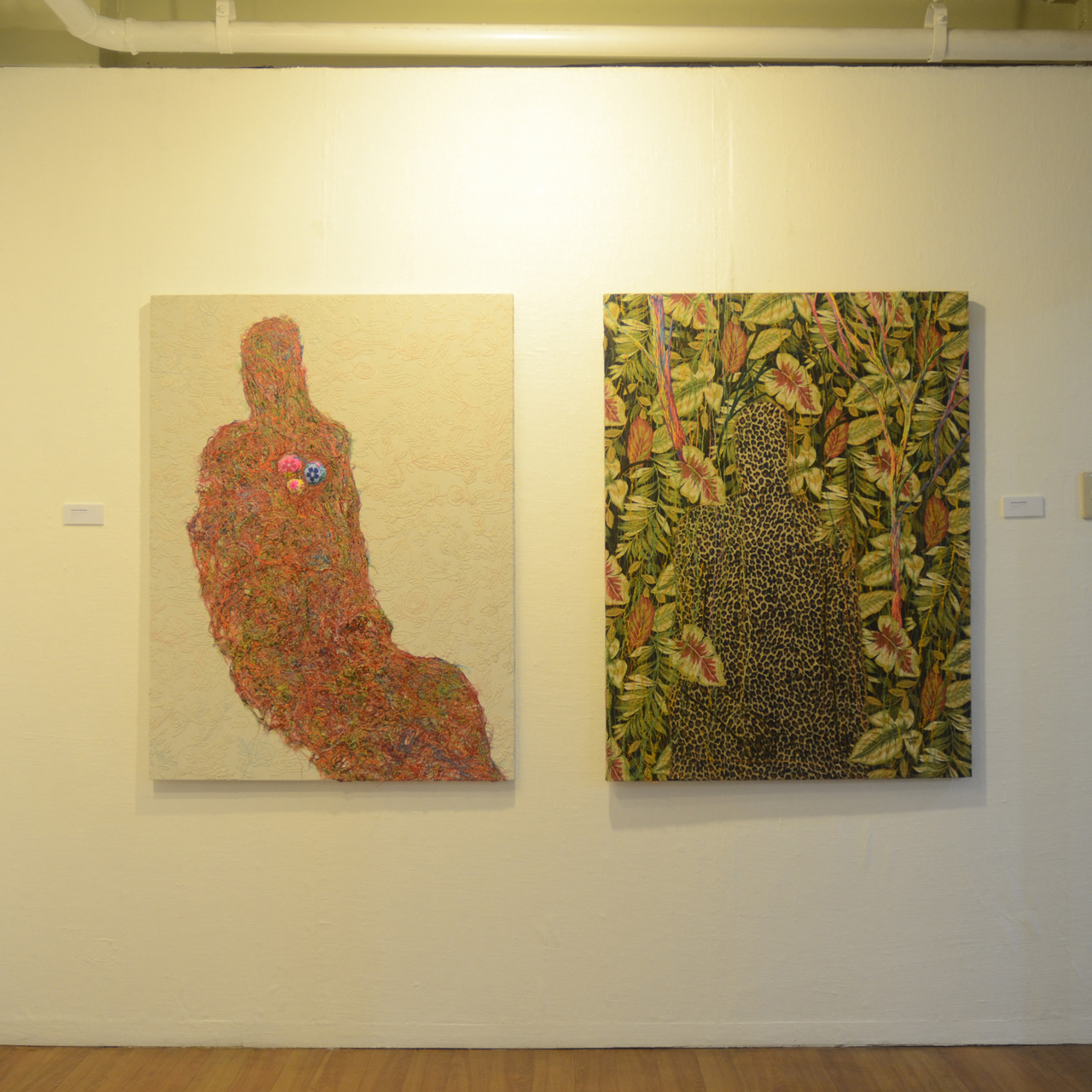