In Squares Running in Circles, EV Yu questions the structural implication of grids and charts. Usually associated with order, grids and charts provide a structural system for disparate elements to fall into place, resulting in an ordered and comprehensible whole. Yu is used to painting really slowly, but the speed at which she created this body of work resulted in a more frantic energy, a sense of movement inherent in the work, that is not only due to its narrative quality, but a fluidity that is restrained and contained. “Structures aren’t made to last,” she says, “but [they] won’t dip into absolute chaos right away.” Squares is a look into this disintegration of the structured, ordered thing into a wild, unencumbered aberration.

Yu’s is a collection of watercolor paintings, most of which follow a story: with an exposition, rising action, the climax and denouement, and the resolution, though not always necessarily presented in that order. Known for her very visually decadent prints and zines, she encapsulates here the essence of progression and feeling through her use of simple shapes and delicious colors, each work resulting in a complex and wild composition that is at once, clean, crisp, and chaotic. This translates quite beautifully into her work as paintings that, although display a frenzied energy — that is, as titled “squares running in circles” — evokes an almost meditative quality.

From a sequence of a squabble devolving into pure chaos, even outside of its frame to candles in the process of melting and a dessert table that liquifies at the center, there is a quality of richness in her work that is singular and unique, perhaps impossible to replicate, at least to the same quality and nuance of vision. Composed in the midst of a panic, these pieces convey not only these things, but an enjoyment of and reveling in what Yu calls “the reshaped path,” the continuous circle of disruption and destruction that these ordered structures keep running in. 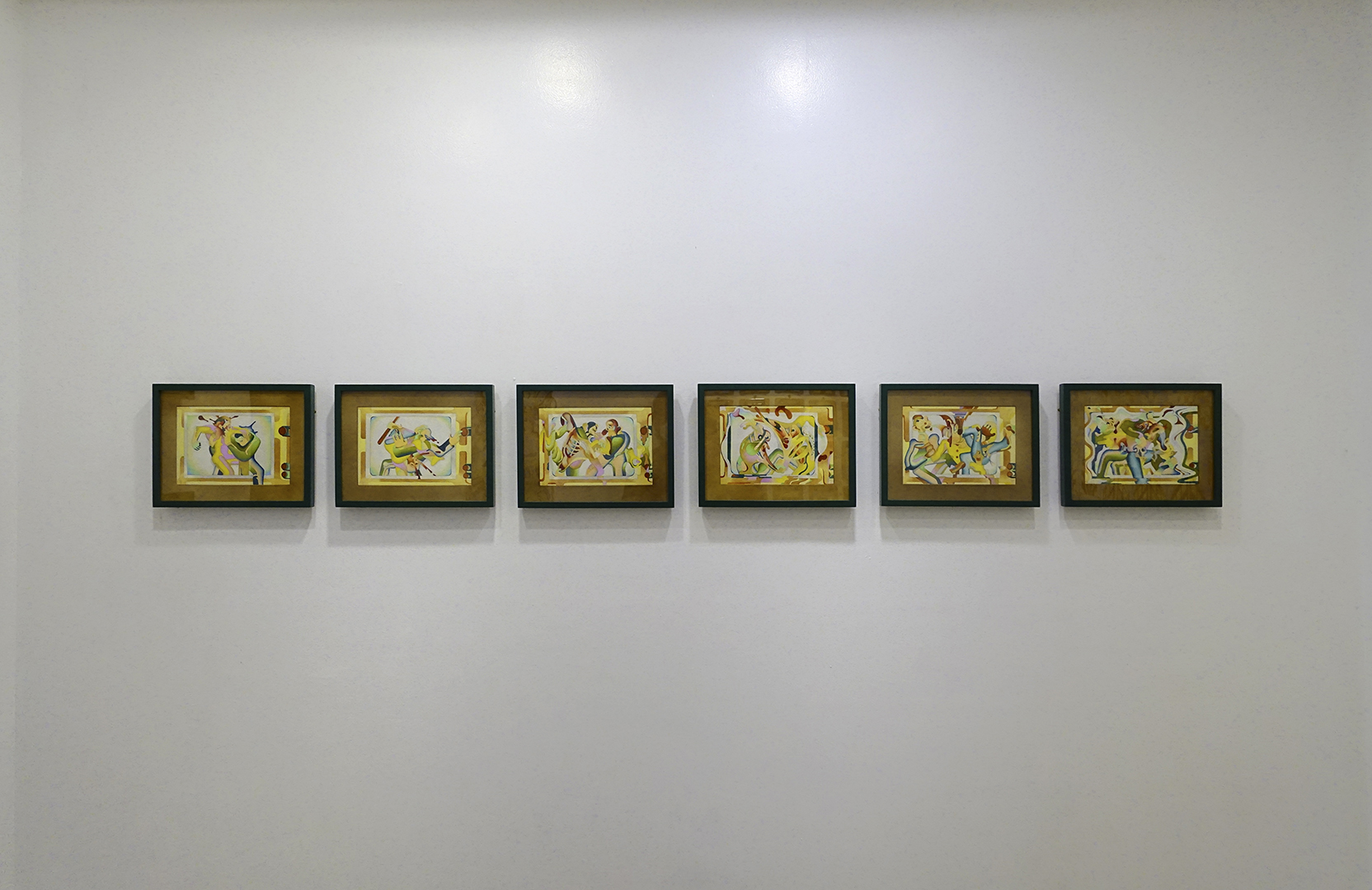 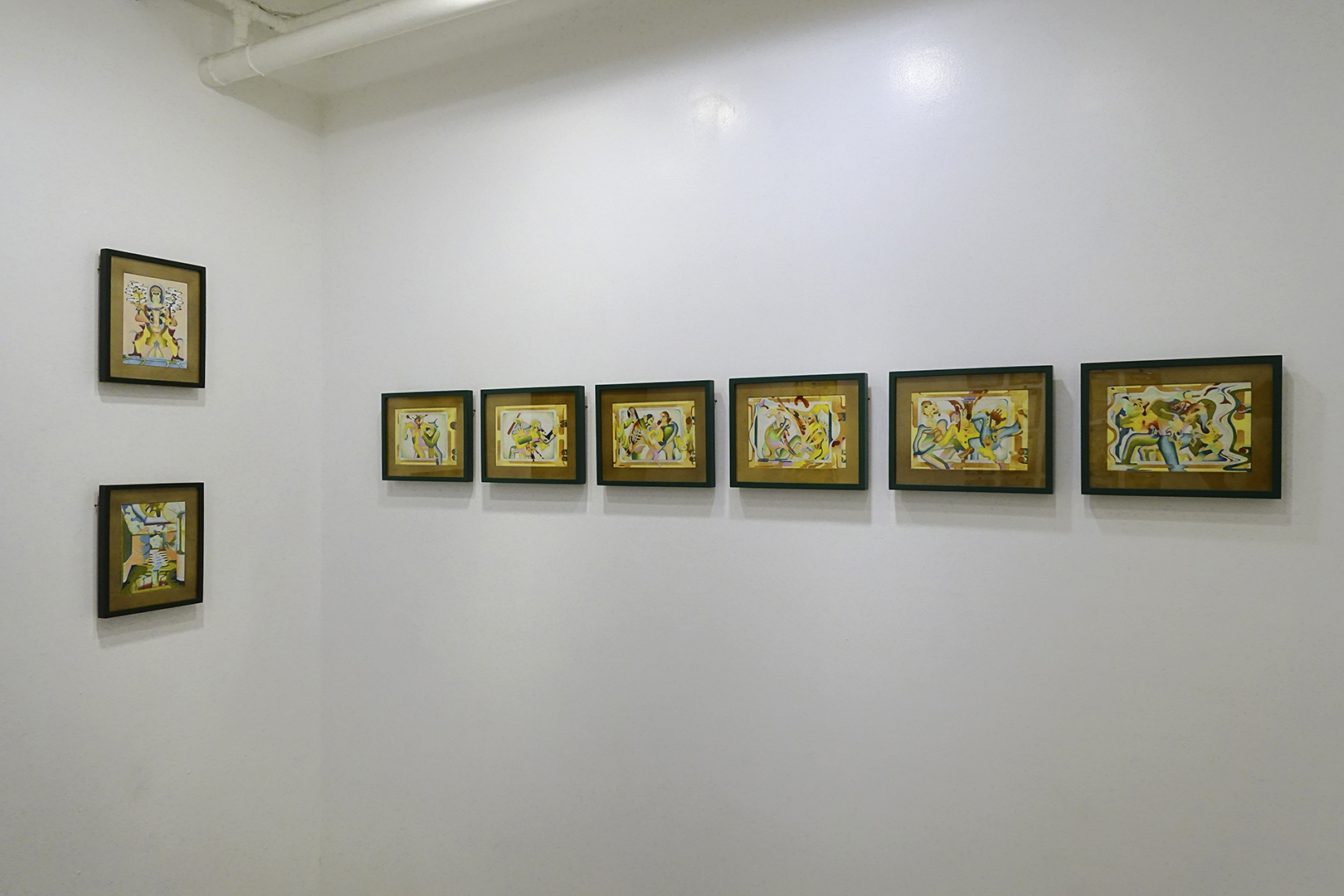 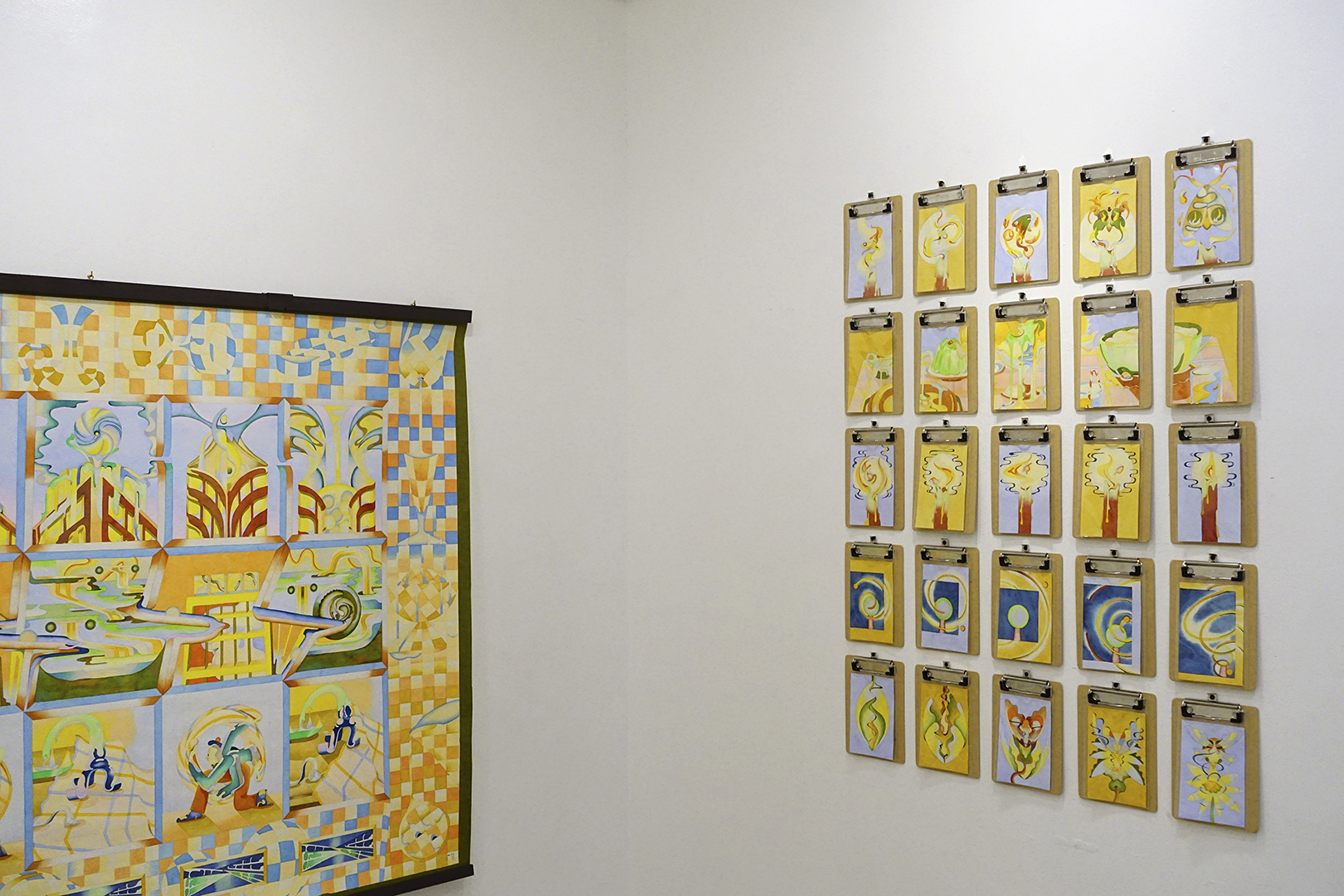 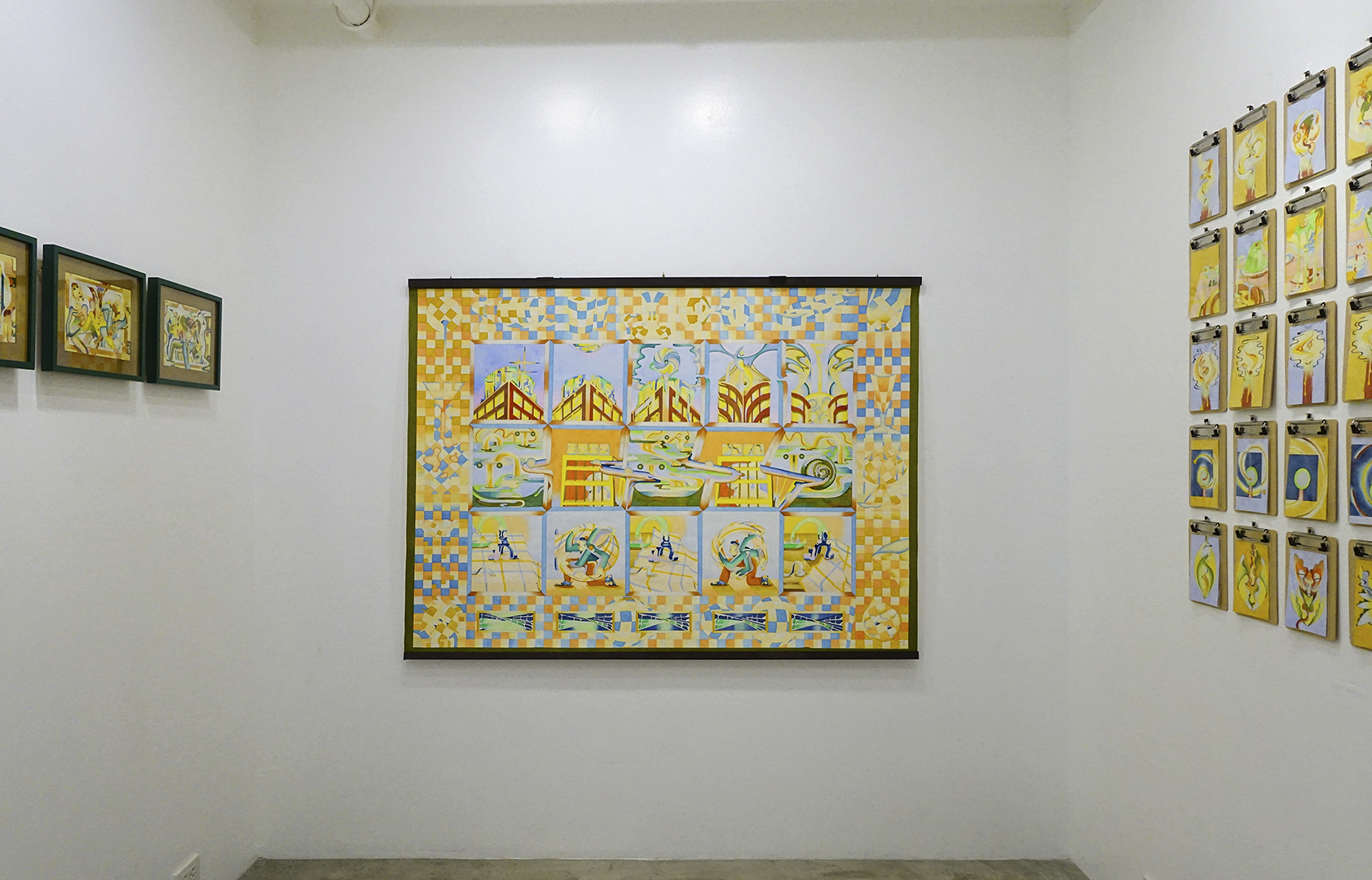 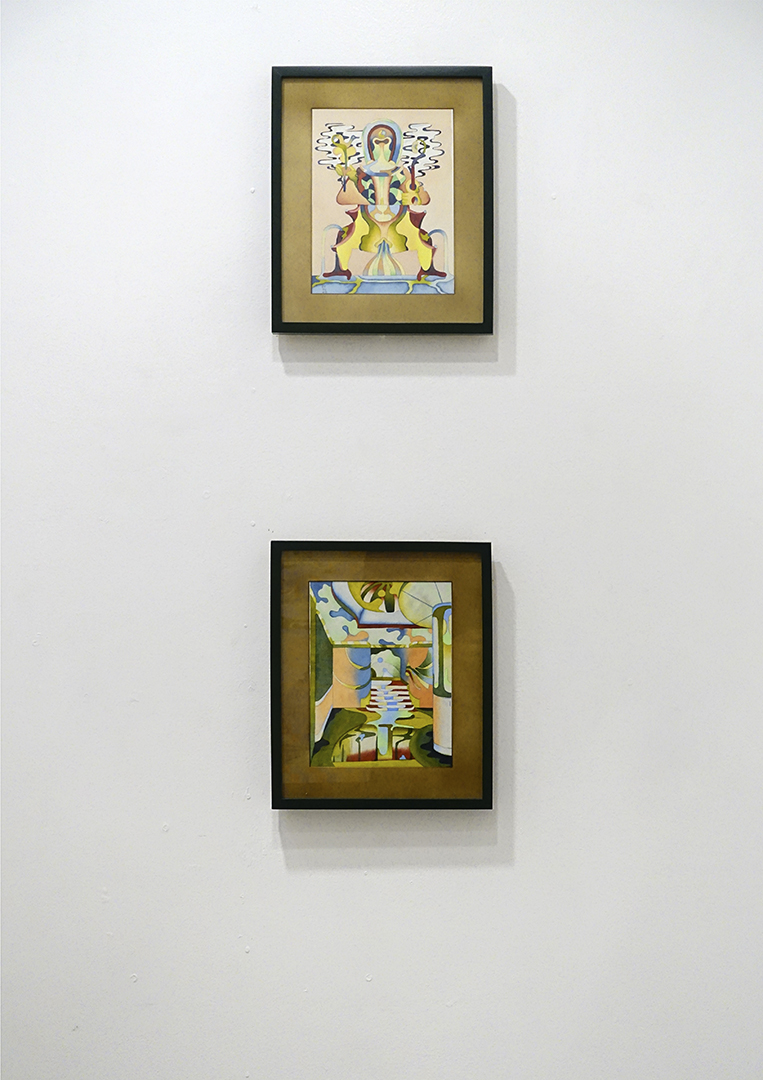 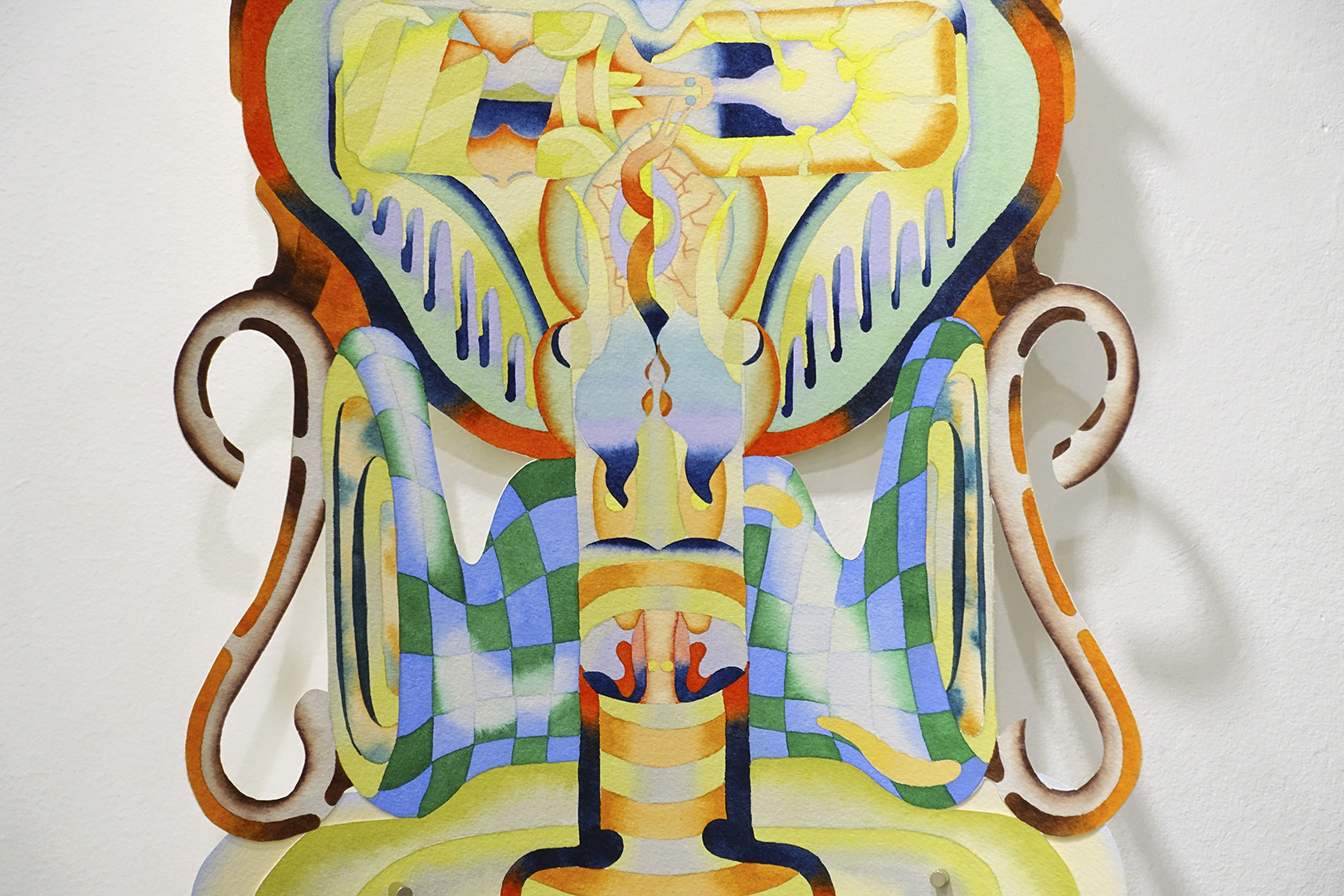 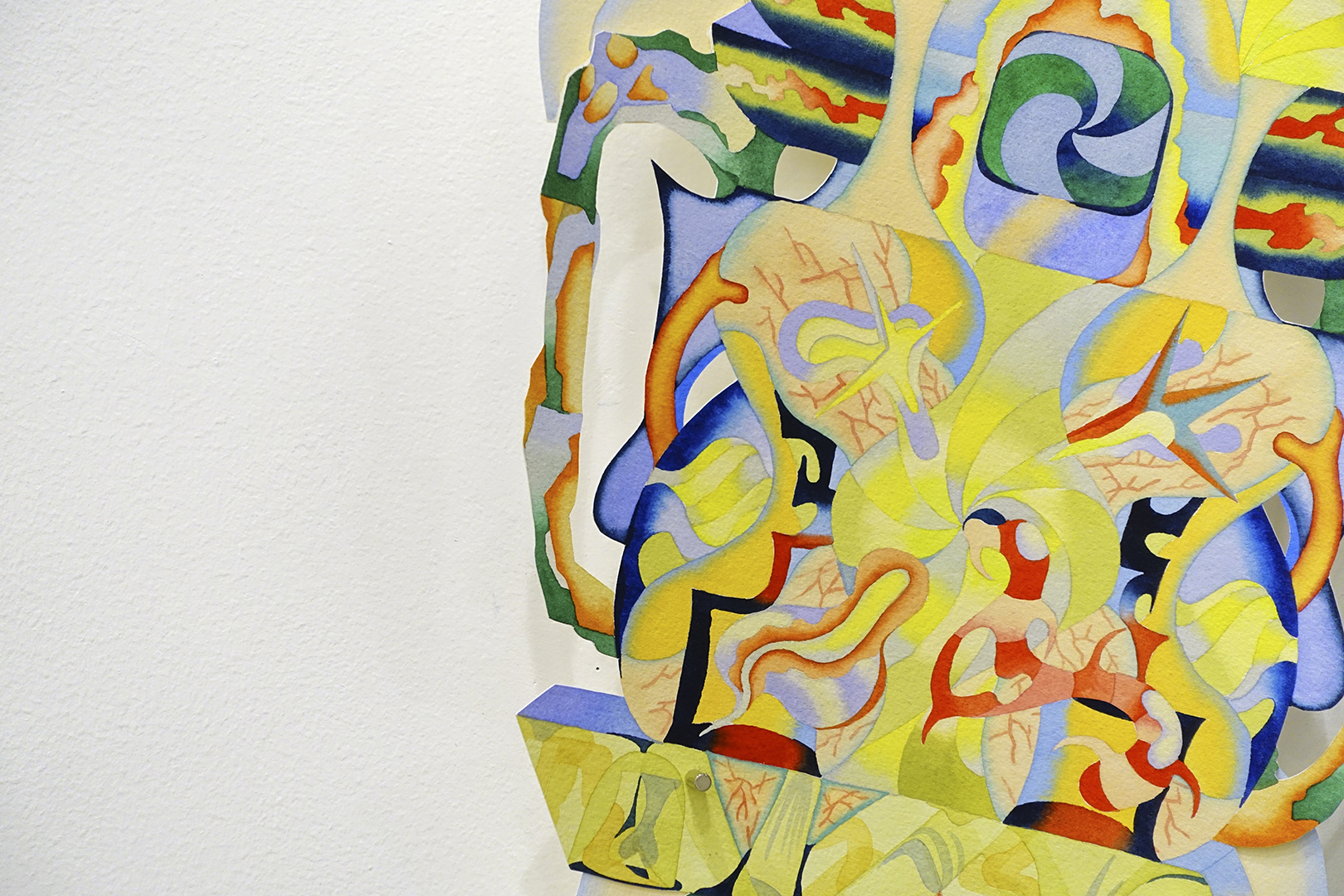 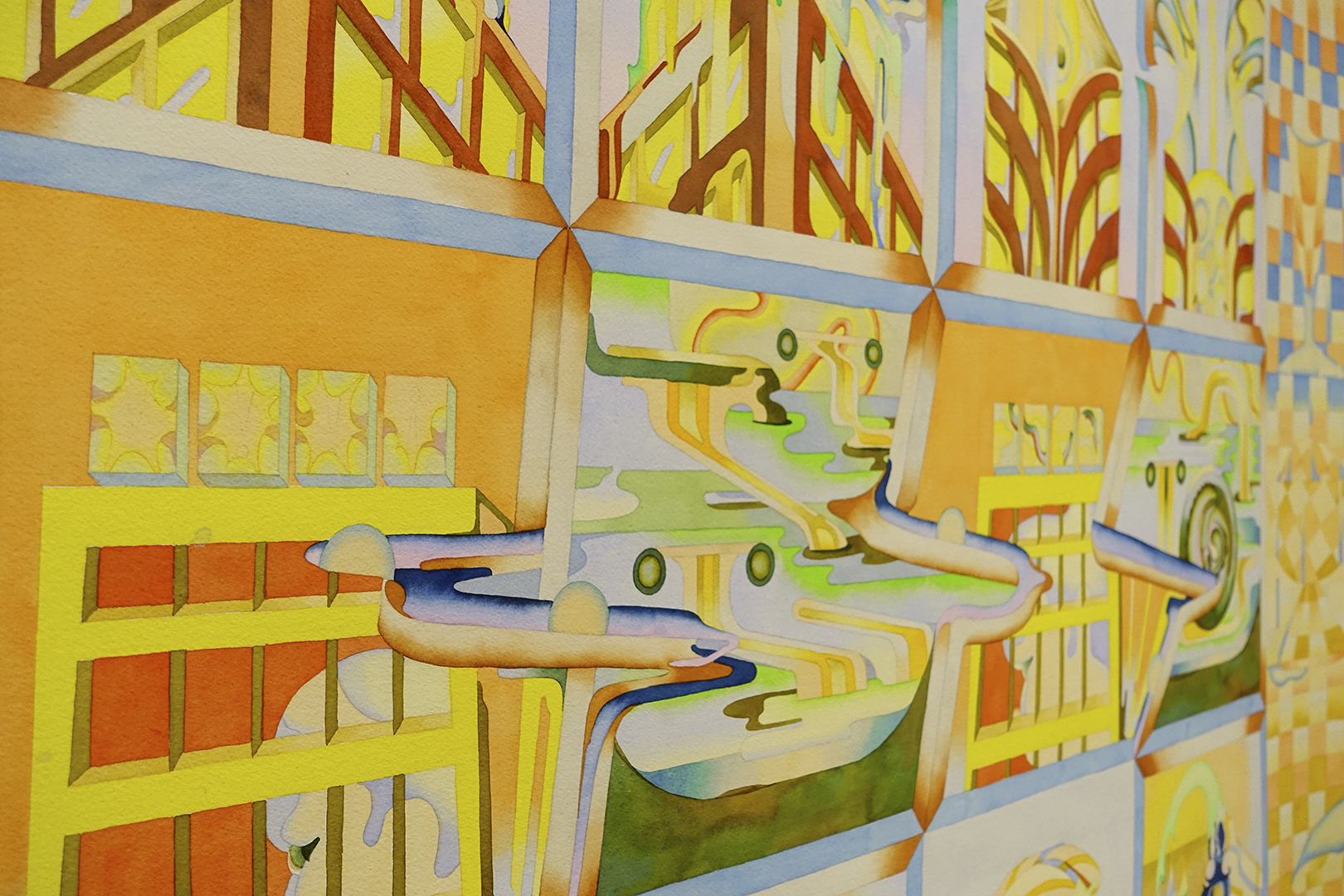 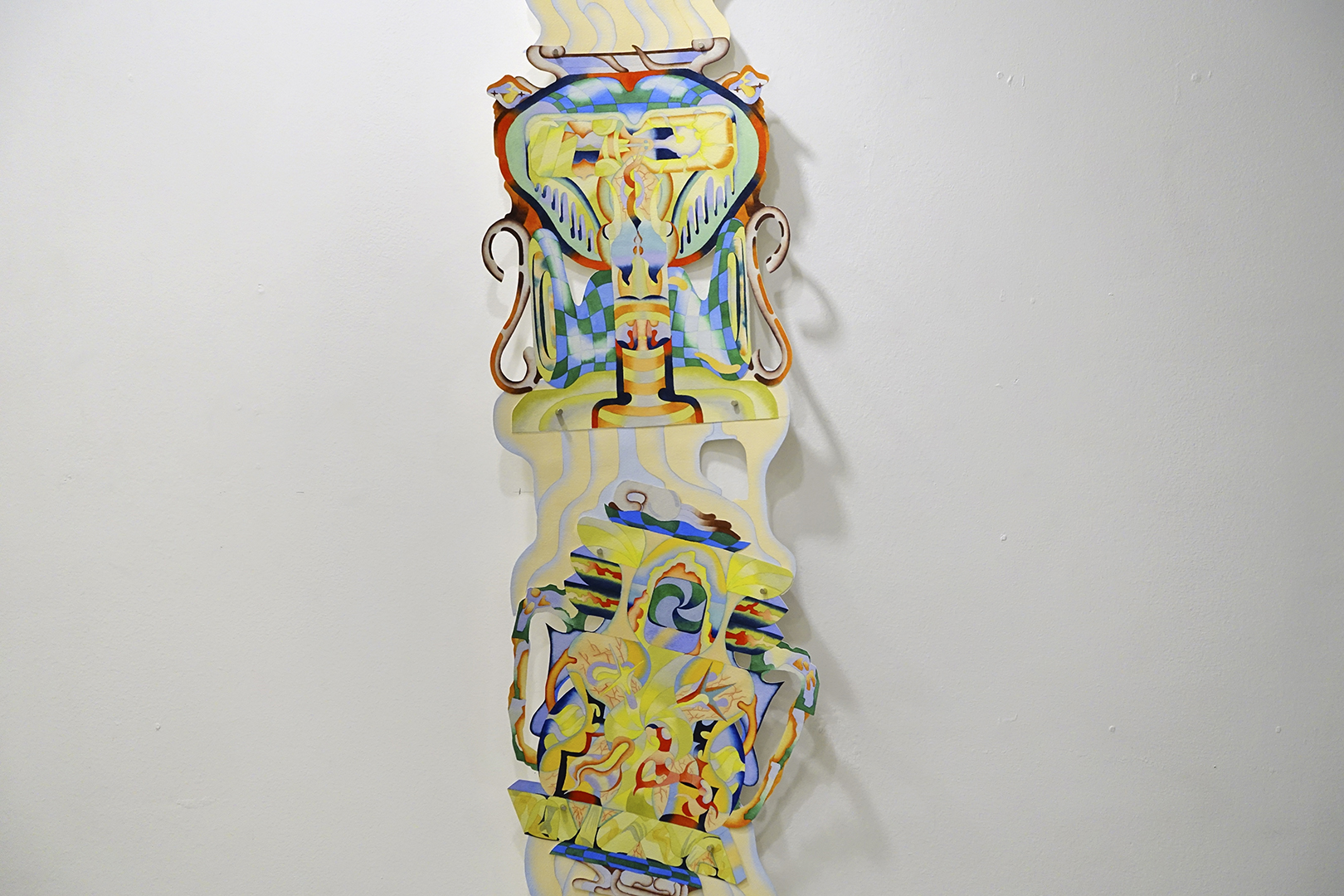