Special Feelings is Pasilan’s personal approach on what he deems as the spiritual from the things he sees around him, almost gaining sublime transcendence from the most simple things or moments, tiny gestures that paint luminous reflections on life. He makes apparent these instinctive strokes of translating these moments into liturgical revelations. Despite being grounded on actual places and moments, Pasilan’s pictures emit the otherworldly glow of the divine. This is most apparent in the large piece titled, Lovely Tree or Mapagmahal na Puno where a tree with drooping pale pink blooms balms over a crowd whose chests glow with pink hearts, their incandescent yellow skin illumined by the radiant sunset they’re watching on the top horizon. The sun, in lieu of a disc, is rather that of a Christ-like figure with arms outstretched. Here, witnessing is feeling, sensorial experience has also become metaphysical.
In Promise Island, a memory of his birthplace and hometown in Pasil, Bacolod is relived as an allegorical synecdoche of the cyclical nature of living by the coastline. Pasil, as flanked by a river and the sea, invariably exists between the tides of its undulating waters. Yet despite this precarity, it is esteemed as heaven sent, the bounty of water presupposes a bounty of fish, fed upon by the tiny birds hovering above its green waters.
There is so much in these outpouring of intimate sentiments that the artist has bequeathed unto the viewer, like a floral bouquet being offered in Sandatang Bulaklak, and in Special Person arranged like an altar tableau for his mother – a preciousness scribed in bare bones sincerity, where the seemingly humblest of such offering is actually the most fulsome of all. 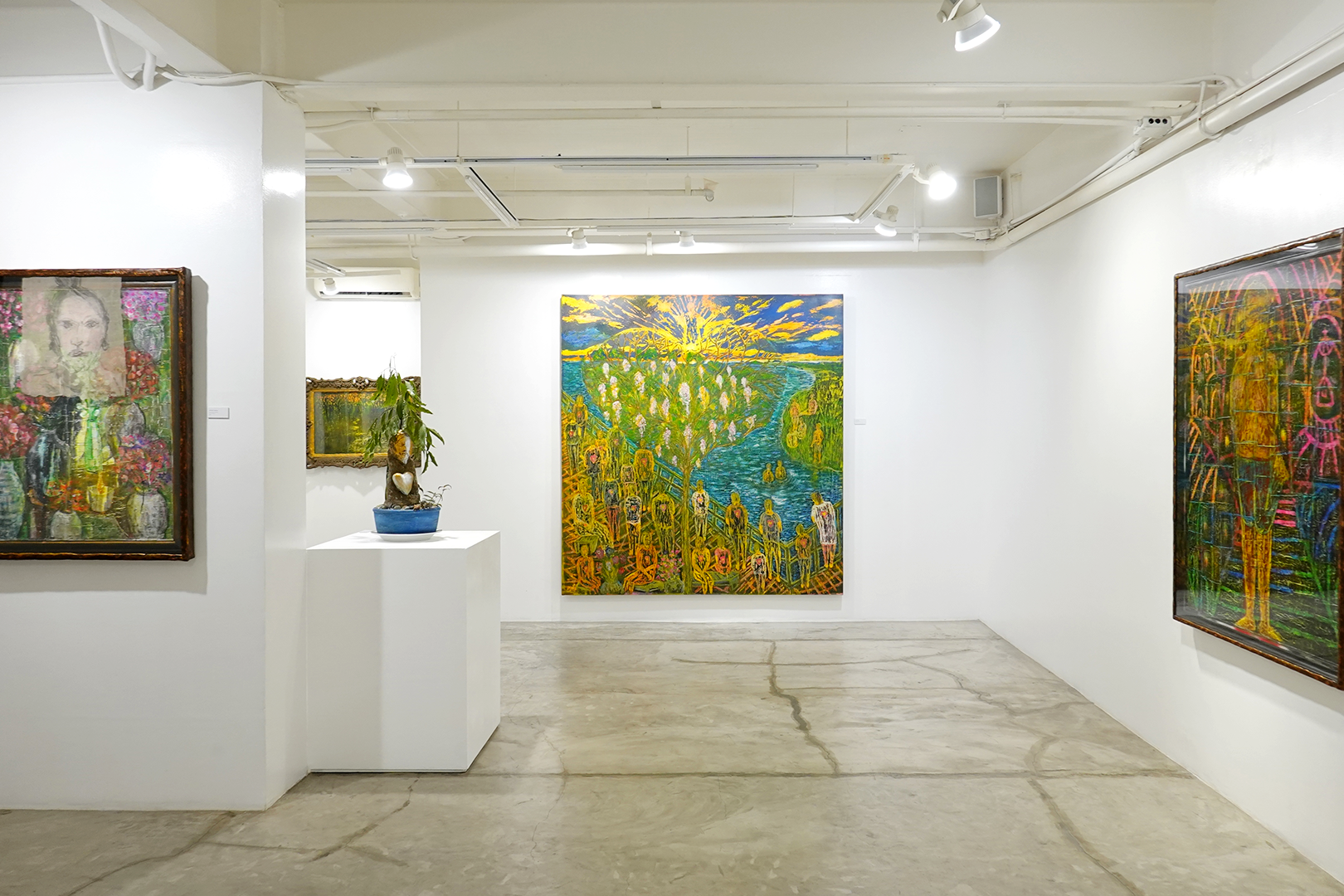 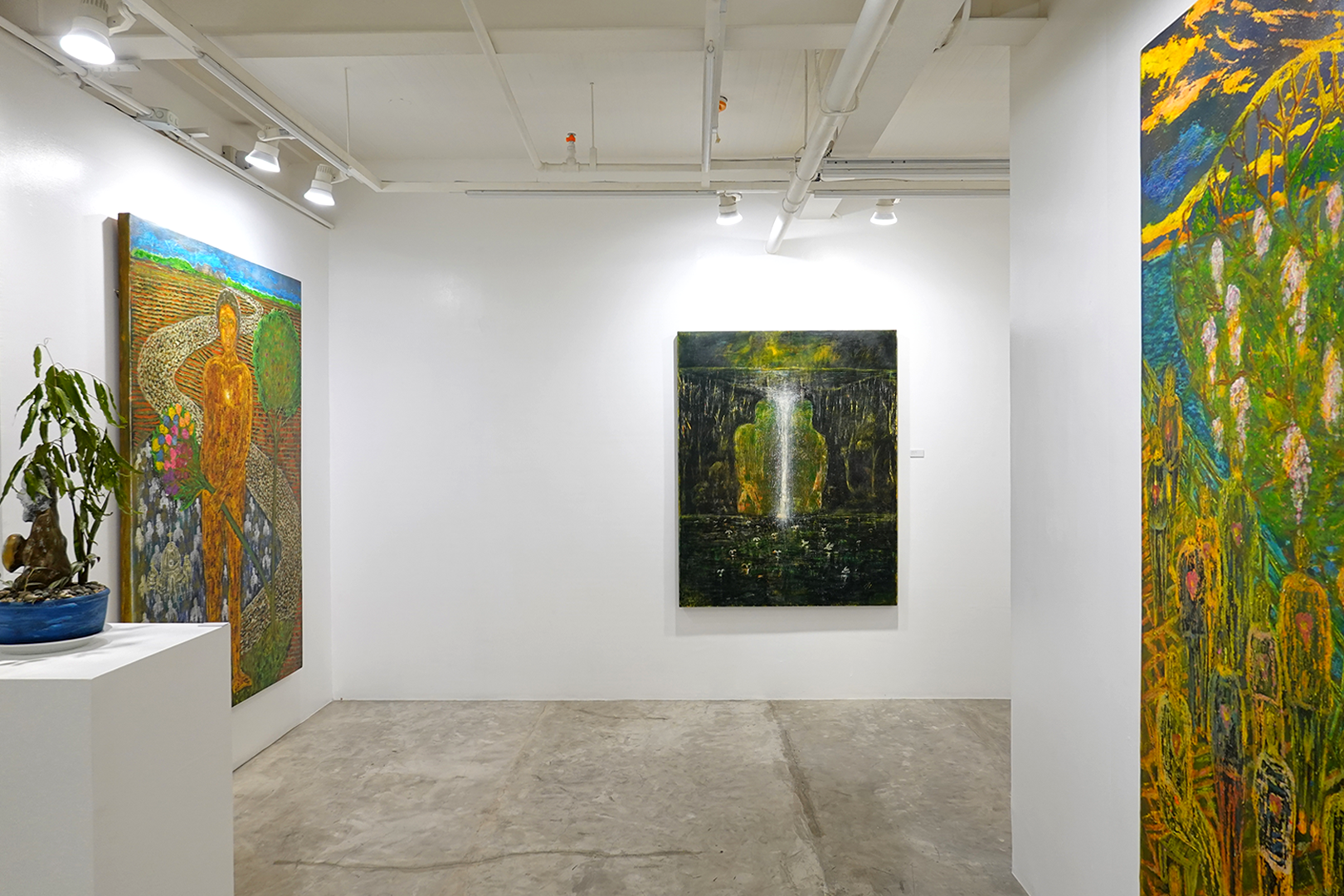 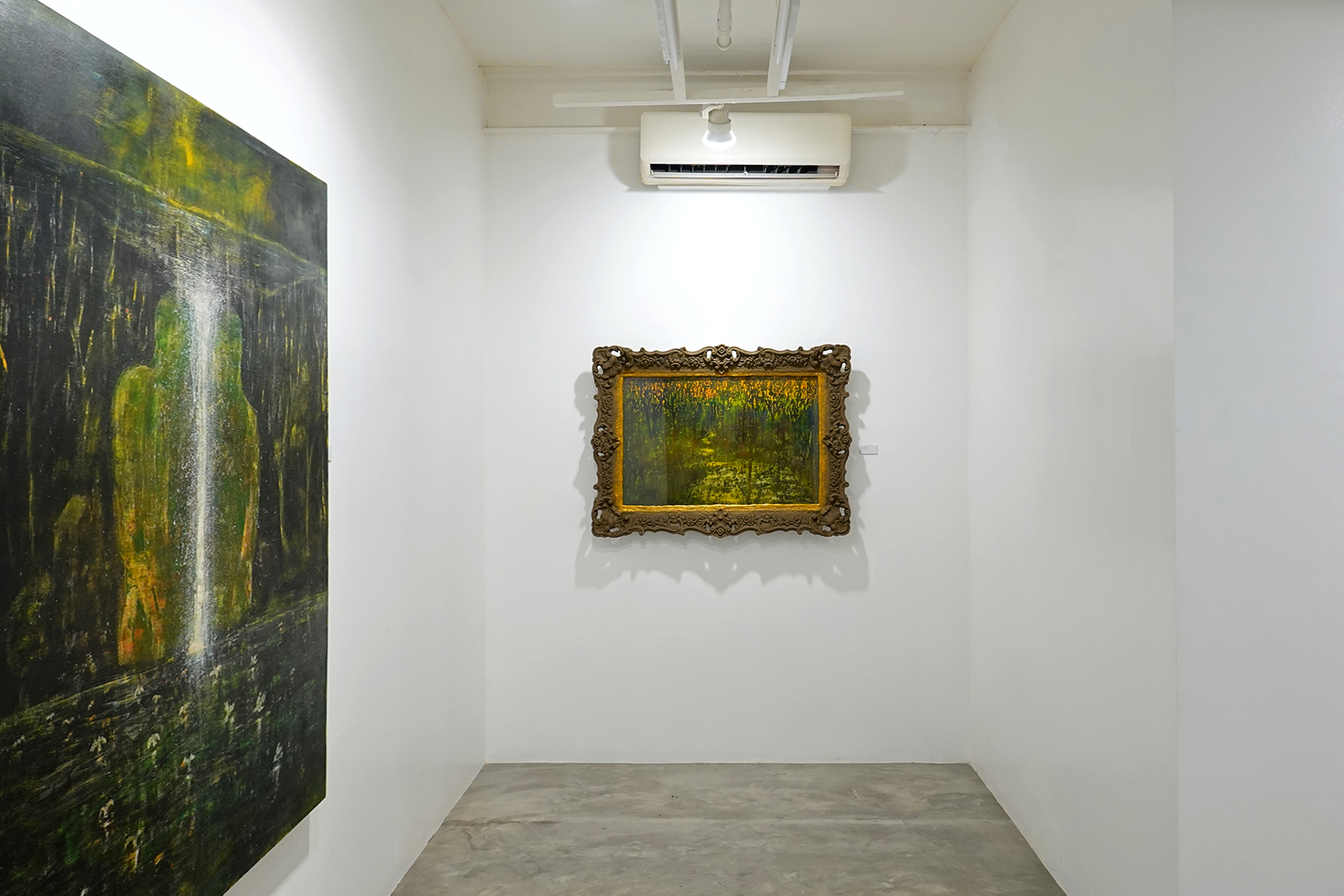 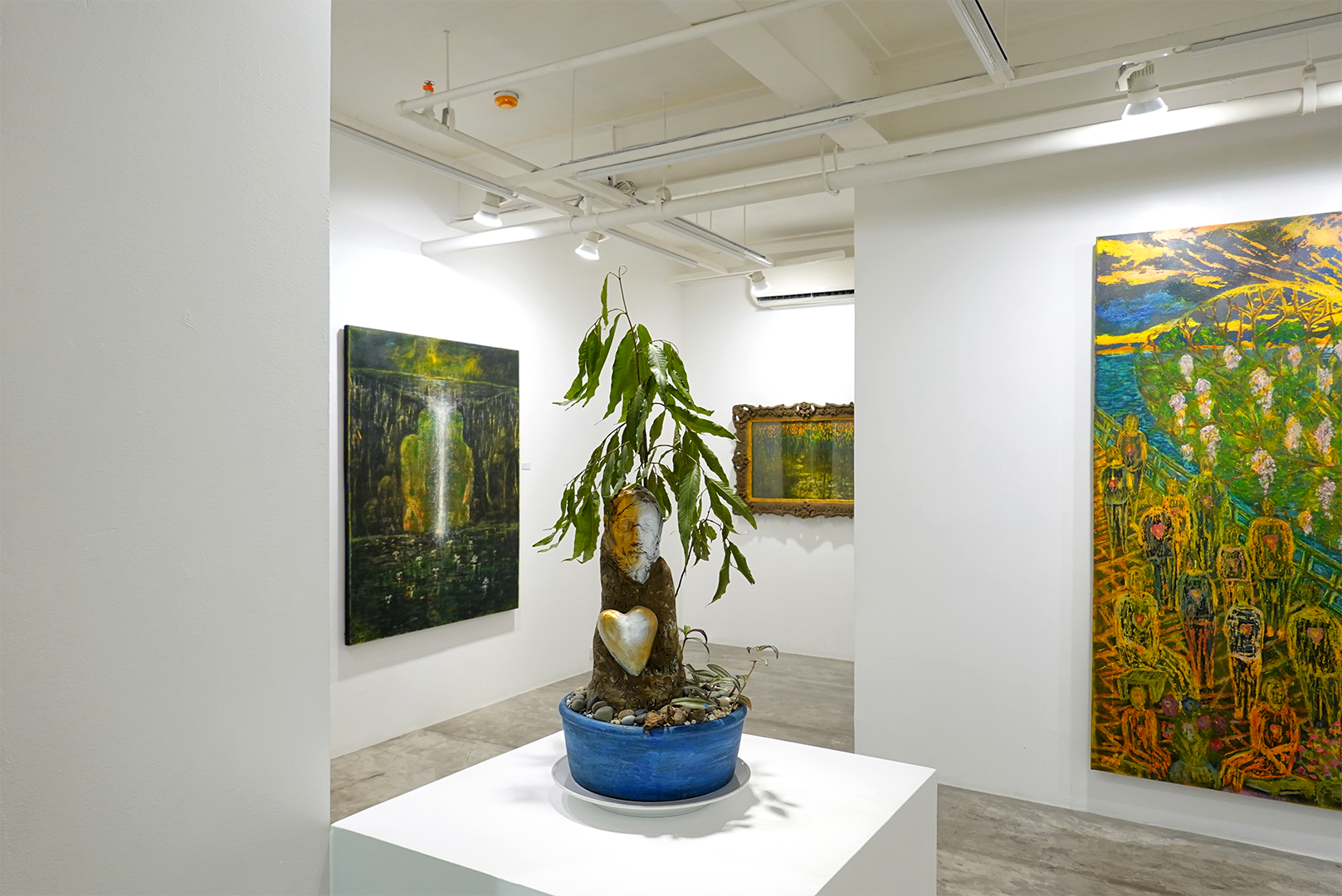 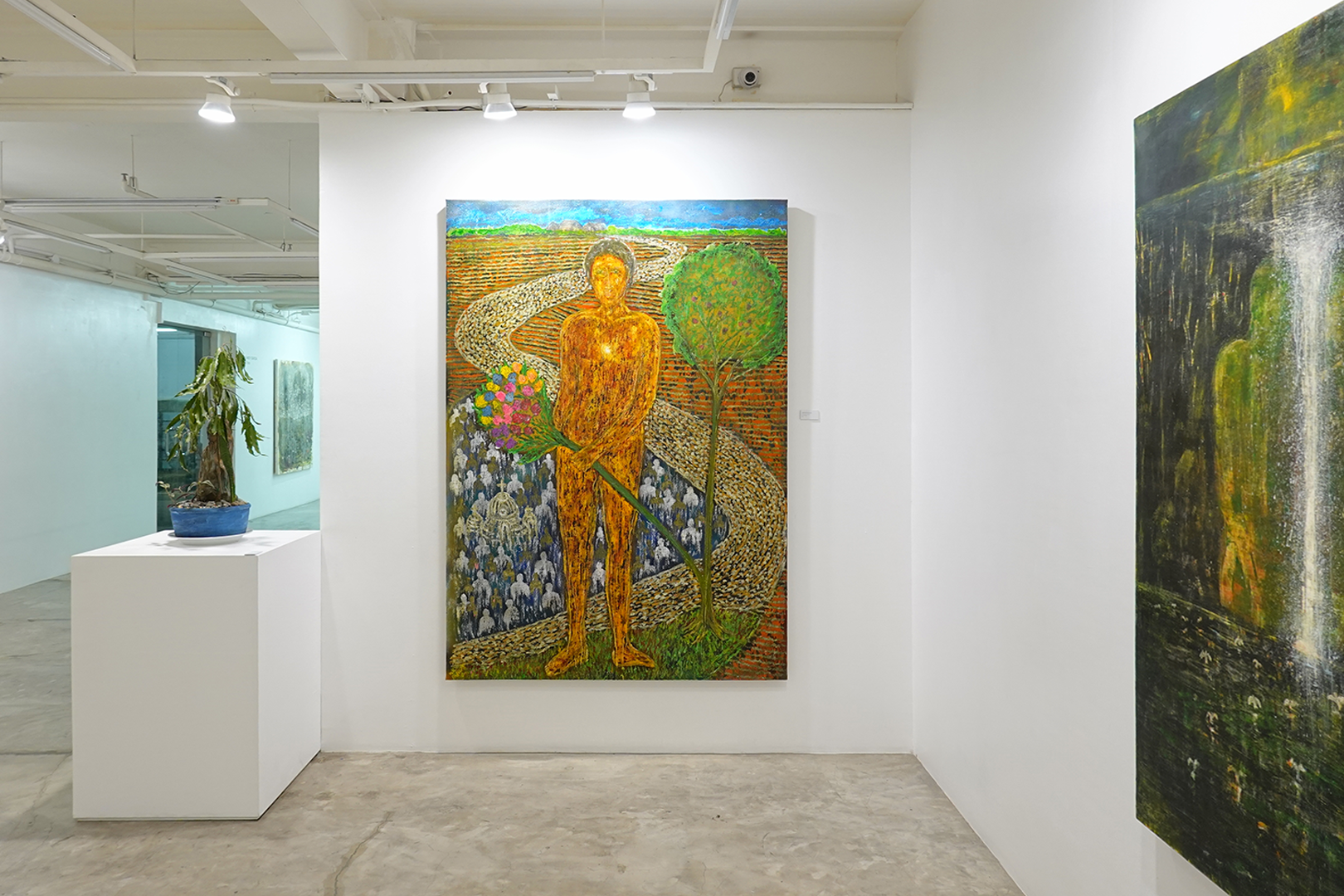 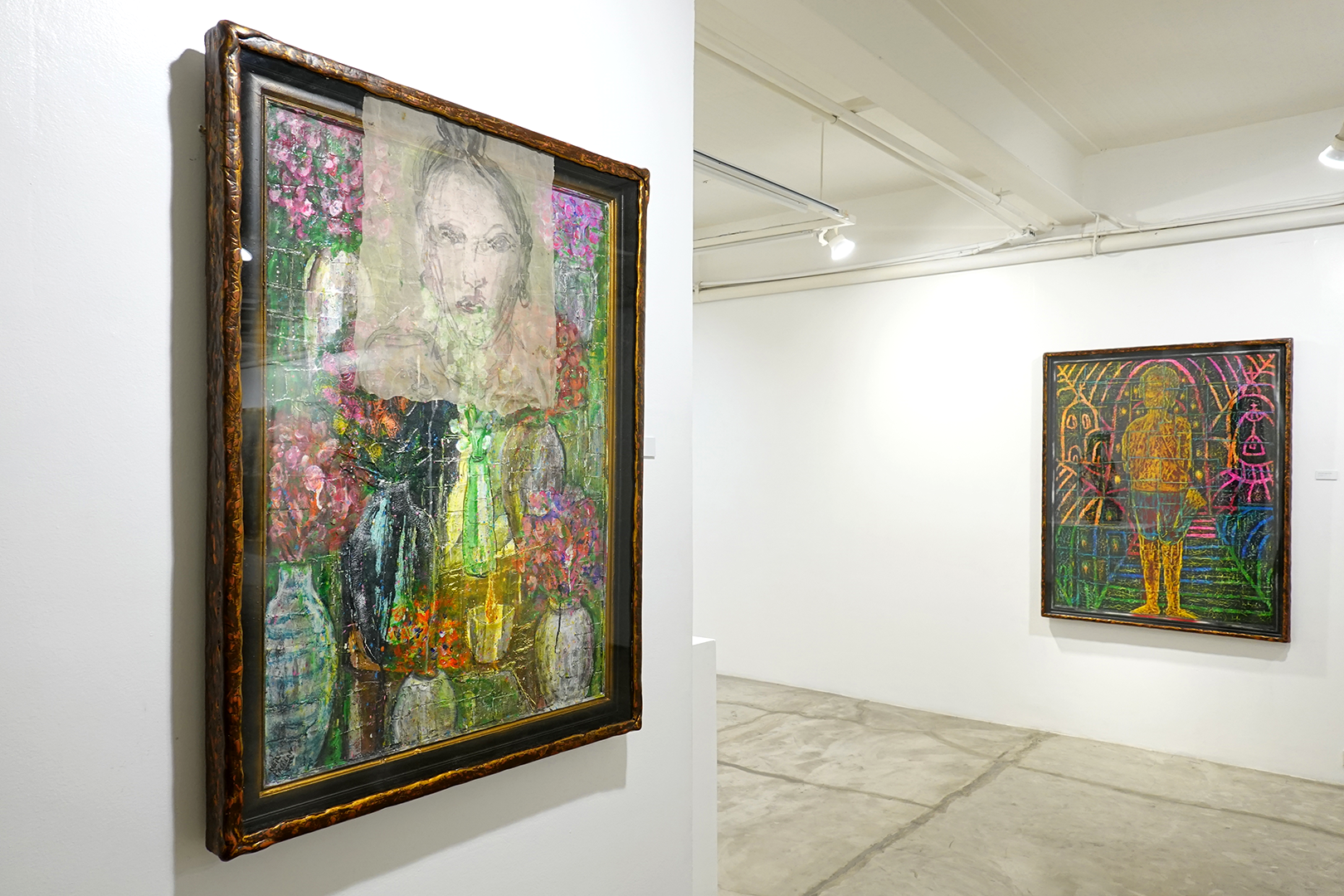