As a kid, when asked to draw a planet, Alvin Villaruel would always put a ring around a spheroid disk, as though all planets are Saturn, its rings essentially typifying what/how planets should be – an alien celestial body that is nowhere near earth in form, in size, and in material composition – mostly of silicon and oxygen compounds, and at its core a combination of gases.

Galileo Galilei, in 1610, was the 1st to have observed Saturn to have rings around it, but described it as having “ears” instead, or the disks/rings being intermittently visible at certain points of his observation. In 1655, devising a more powerful telescope Christiaan Huygens, has confirmed the presence of these rings, describing them as “nowhere touching, inclined to the ecliptic.”

The rings themselves, composed of ice and dust particles, are the orbiting paths of its 62 moons. These rings are said to have been formed from the debris of these orbiting moons whose path got razed by a large impact.

The title of the Villaruel’s exhibit, Shepherd Moons, are these small moons that orbit near the inner or outer edges of rings or within gaps in the rings, and whose gravity defines the edge of Saturn’s rings, shepherding the form to its near perfect elliptical symmetry.

The universe, the solar system, the planets, has fascinated Villaruel for years and continues on to be an inspiration for his paintings as evidenced in this most recent exhibit where Saturn, or as he dub as the “lord of the rings”, becomes his wellspring for pattern composition and picture making. Its uniform stripes that waver in concave and convex arcs undulate like audio/sonar frequencies, the pulse of the universe throbbing of life within and beyond.   This expanse of black space, pebbled with various galactic bodies, is a ponderous well of wonder for Villaruel, who likens such as a vast installation and where space as a boundless canvas, configured and reconfigured in the hands of its nameless, faceless artist, involving the perpetual cycle of creation and destruction.  The titan Saturn devouring his children allegorizes that basic precept of r/evolutionary dynamics of nature – the past consuming the future, the older generation suppressing the next generation. 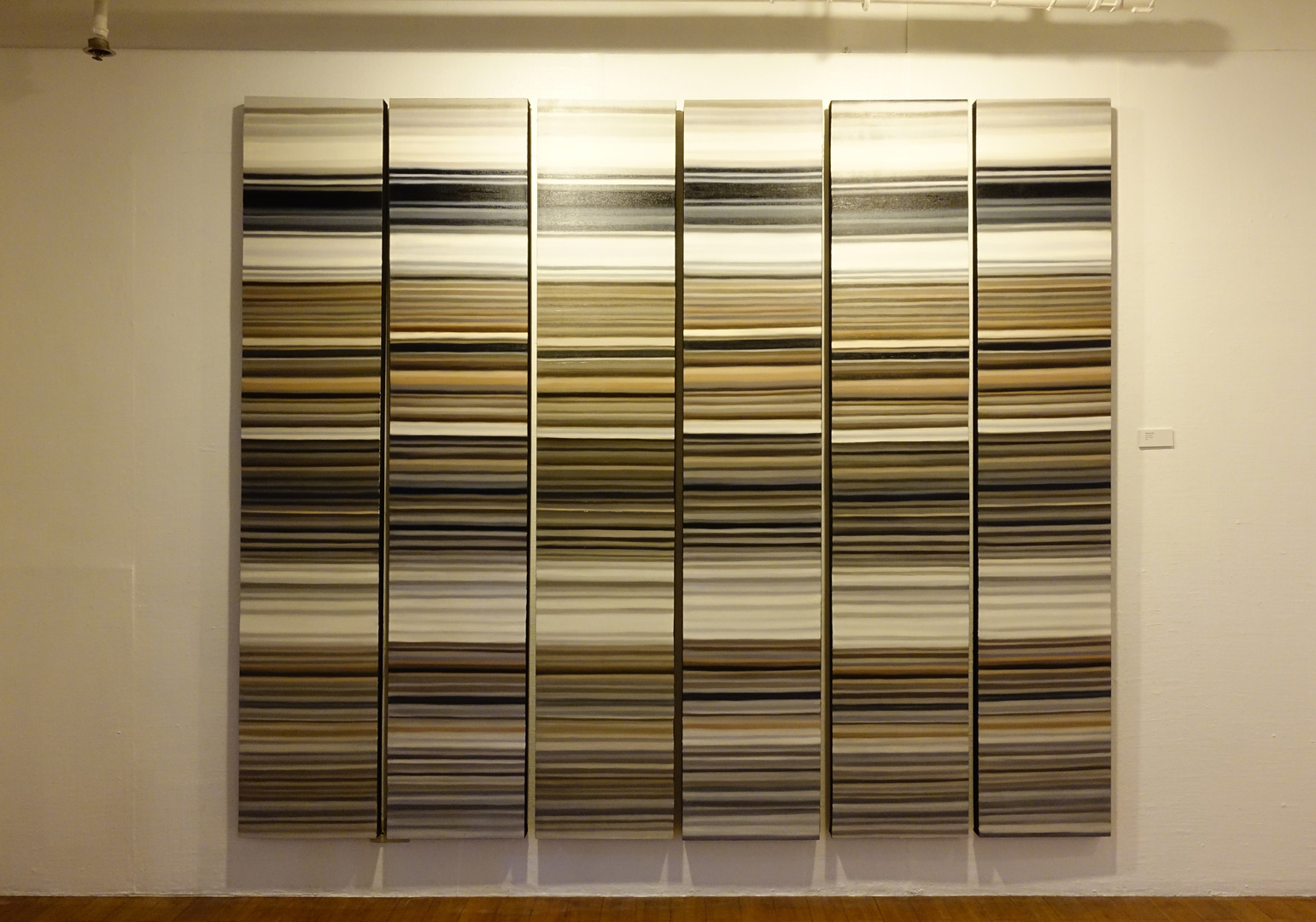 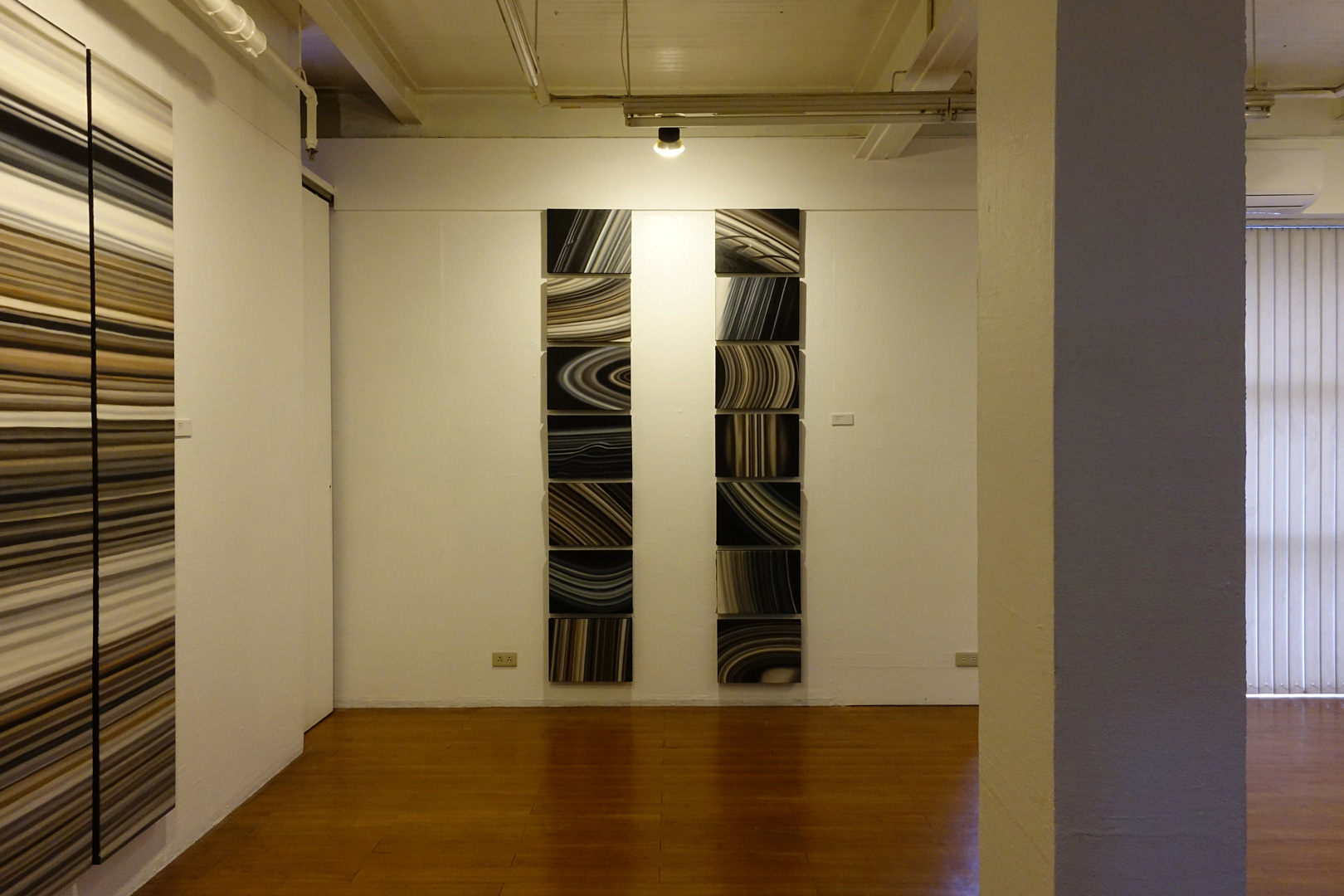 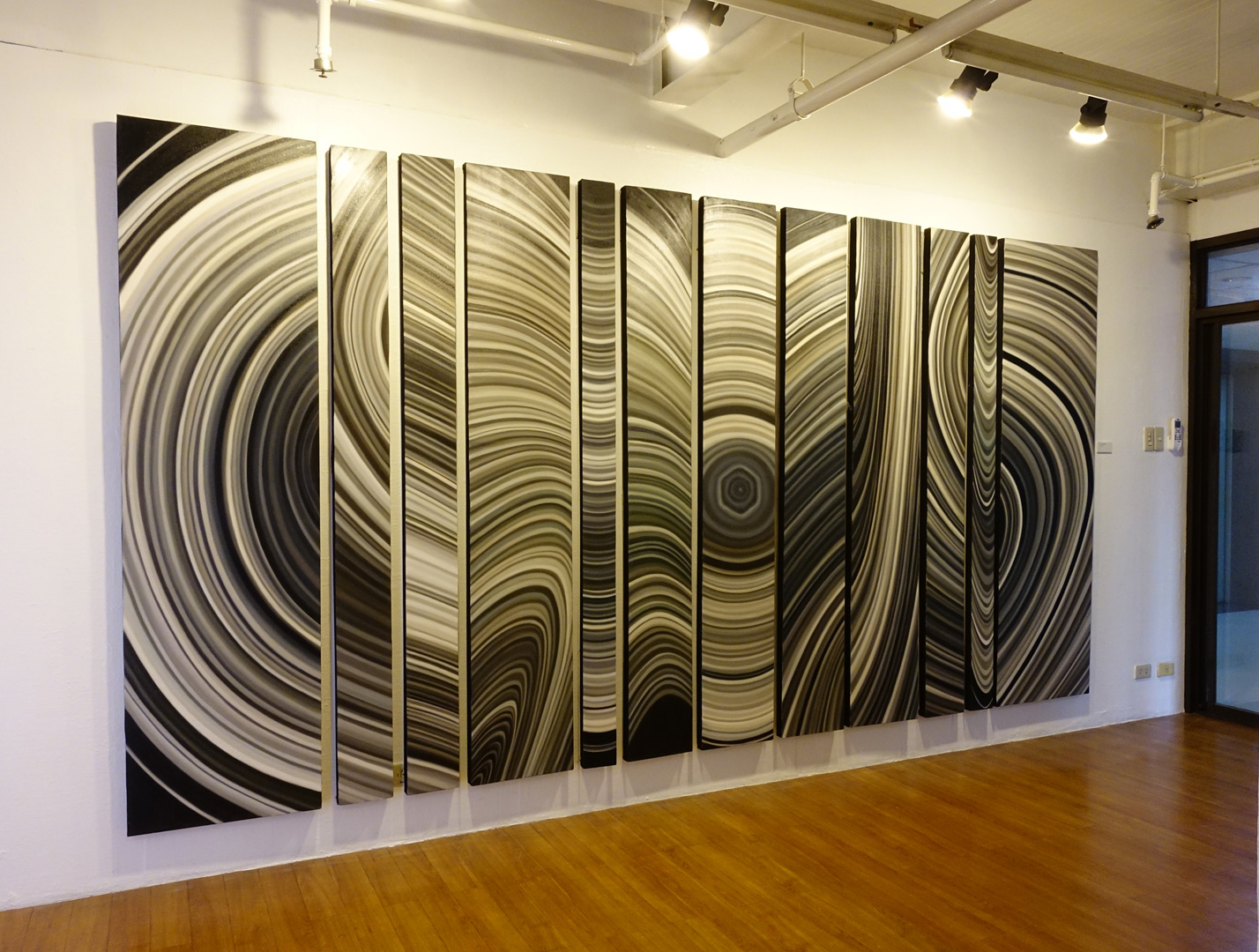