“Seymour Glass,” the child Sybil says in the Salinger story, but her mother hears something else entirely, and dismisses the name as nonsense. We look at the page and are aware of the gravity of the mistake, the wall between mother and child, the separation of things. Blessed is the viewer, the reader, the omnipotent gaze — saved from the tragedy even as it unfolds. At See More Glass, an exhibit named after that misheard mistake, we confront and are confronted by Carina Santos’s deliberate, graceful dioramas of all-too-human disconnection.

Santos’s assemblages are musings on miscommunication, the clear pane between medium, message, and meaning. Something is speaking to us, but how do we begin to understand?

See More Glass evokes the gaps we must leap when encountering the fragmented world. By assembling discrete pieces, and altering each through various mediums, Santos both collects and obscures. To assemble is to allow the assumption of a gestalt, to acknowledge and celebrate brokenness even as it is suggested: there is something bigger beyond this. To sew is an act of binding, but it is also to break through a surface in the service of a story, even if it is superimposed upon another. To frame and present is to question the omnipotent gaze. Here it is, the assembled world and its failings, under glass.

Santos’ choice to frame her collages in trapezoids — the boundary drawn by two parallel lines, and two others striving to meet — speaks of underlying hope in the human condition: there is a point to be made by all this, but the lines have not yet been drawn; we are shapes that are whole unto ourselves, but unfinished.

We viewers, unfinished, press ourselves against the glass. We strive to see more of it, before we can begin to see beyond. This attention to detail, even as we hope for wholeness, is where blessedness begins. 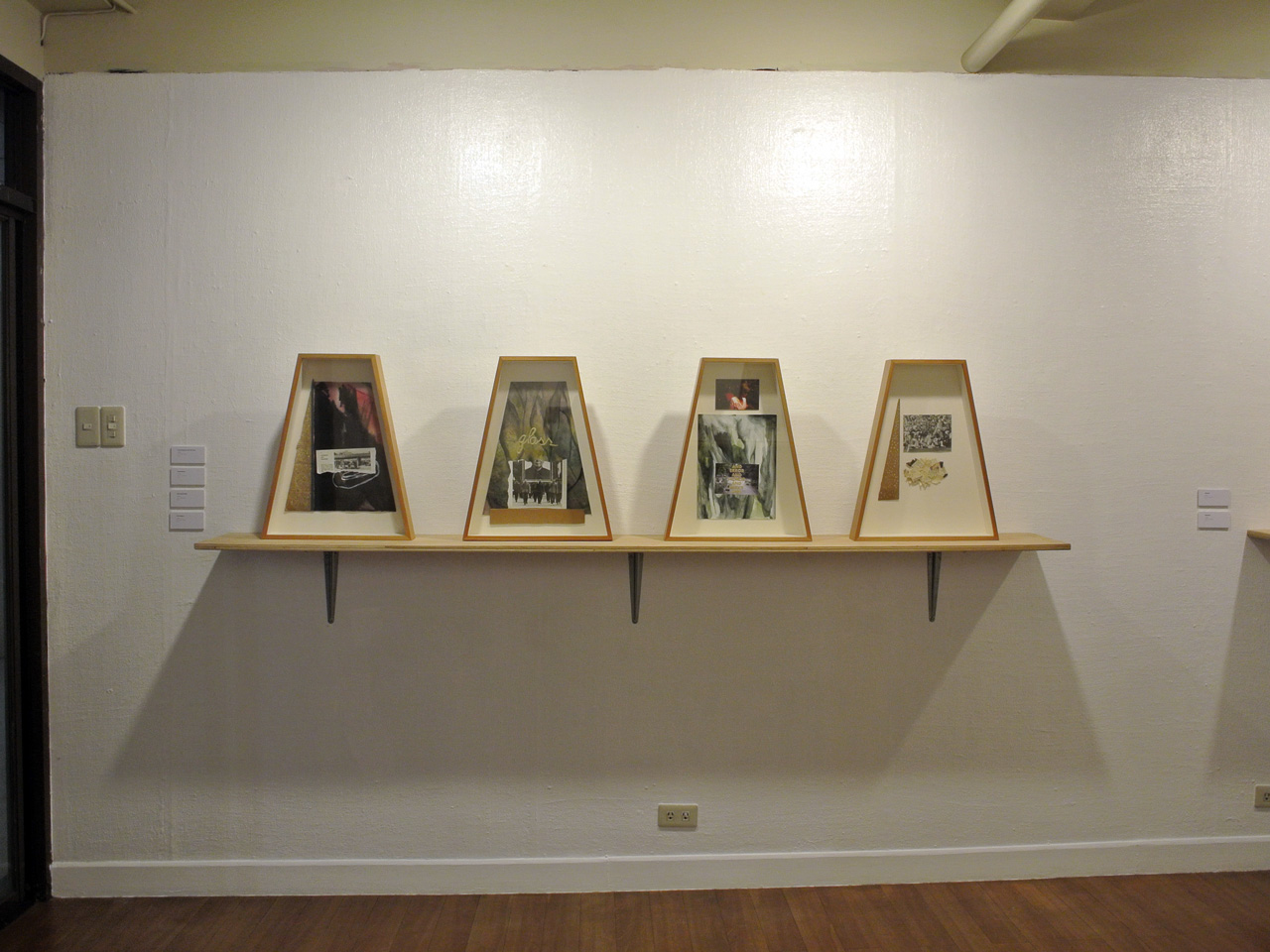 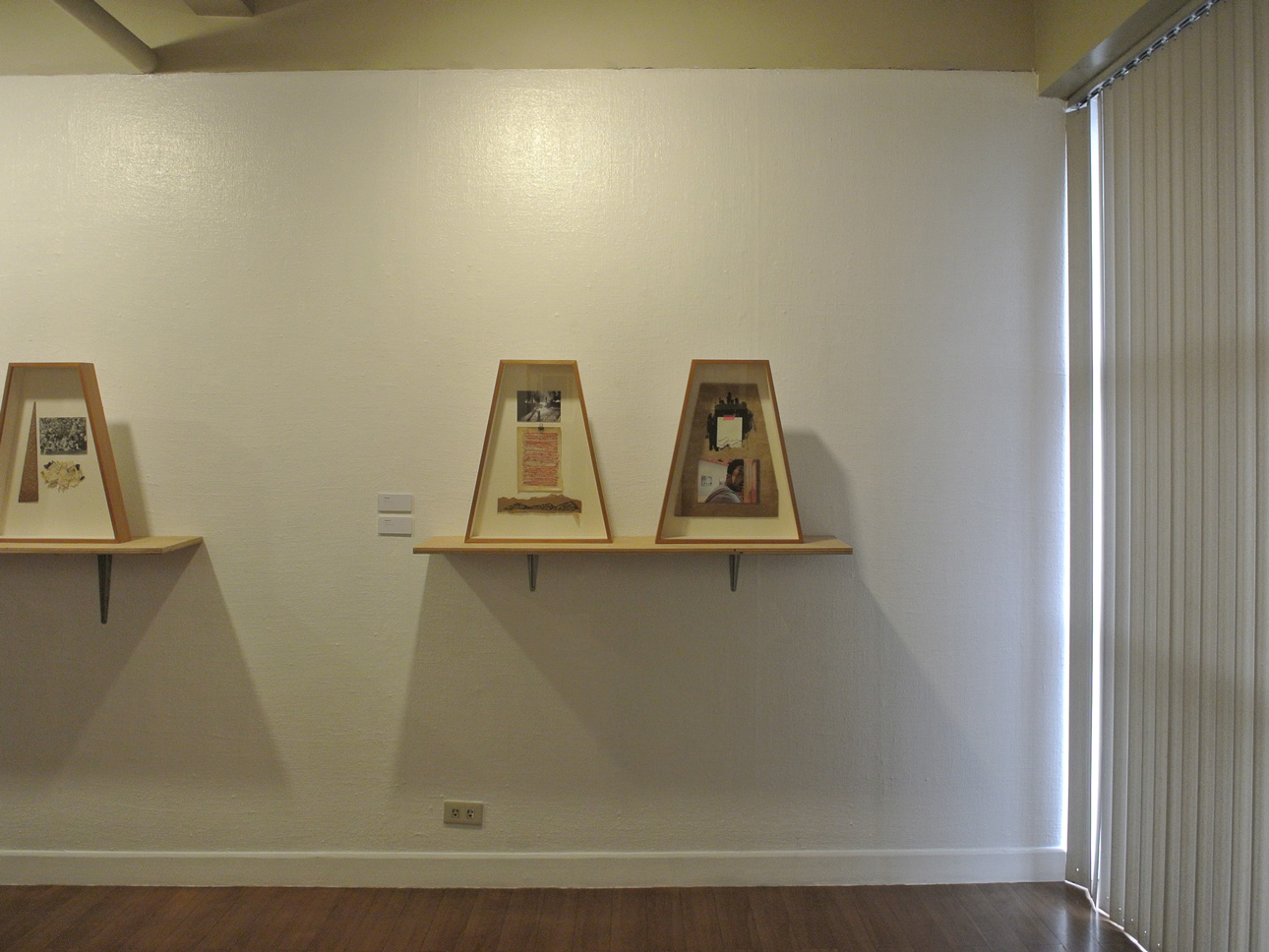 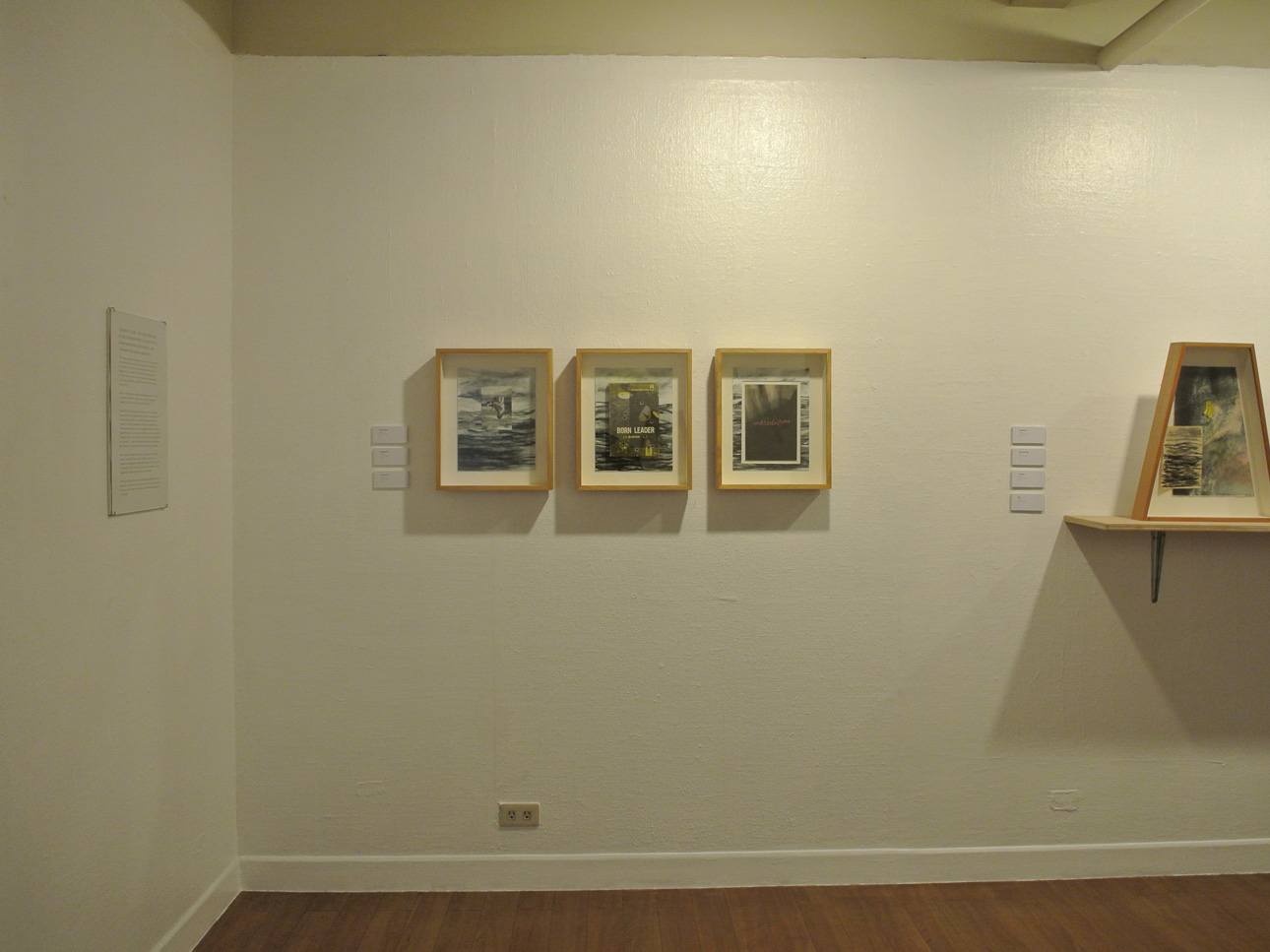 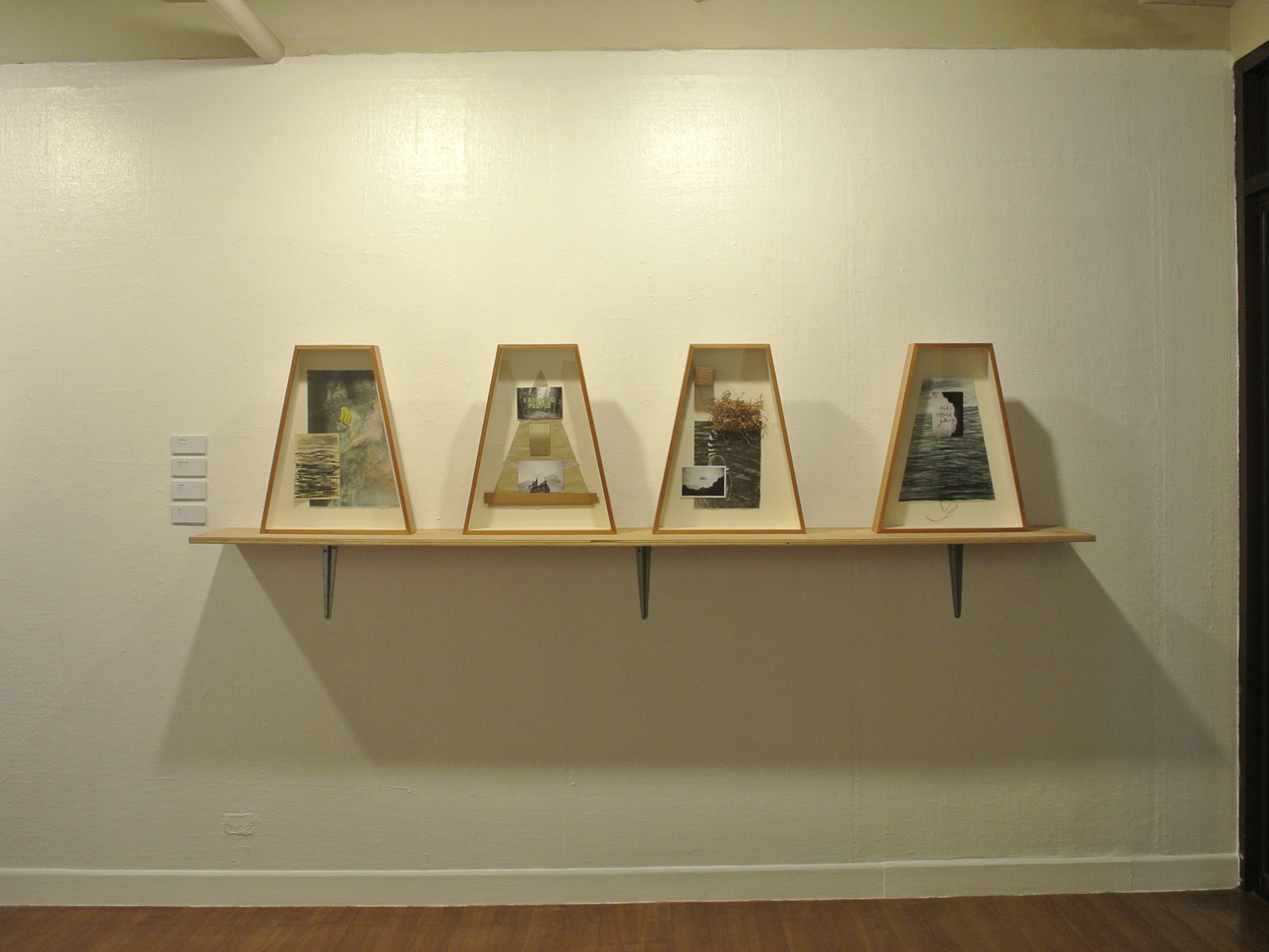 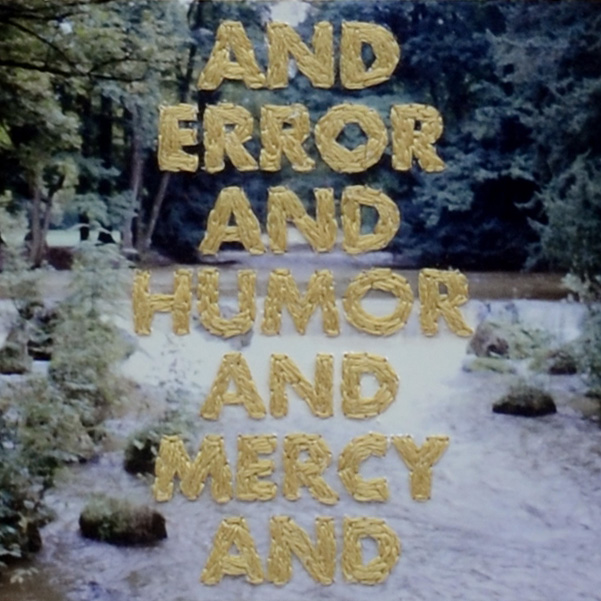 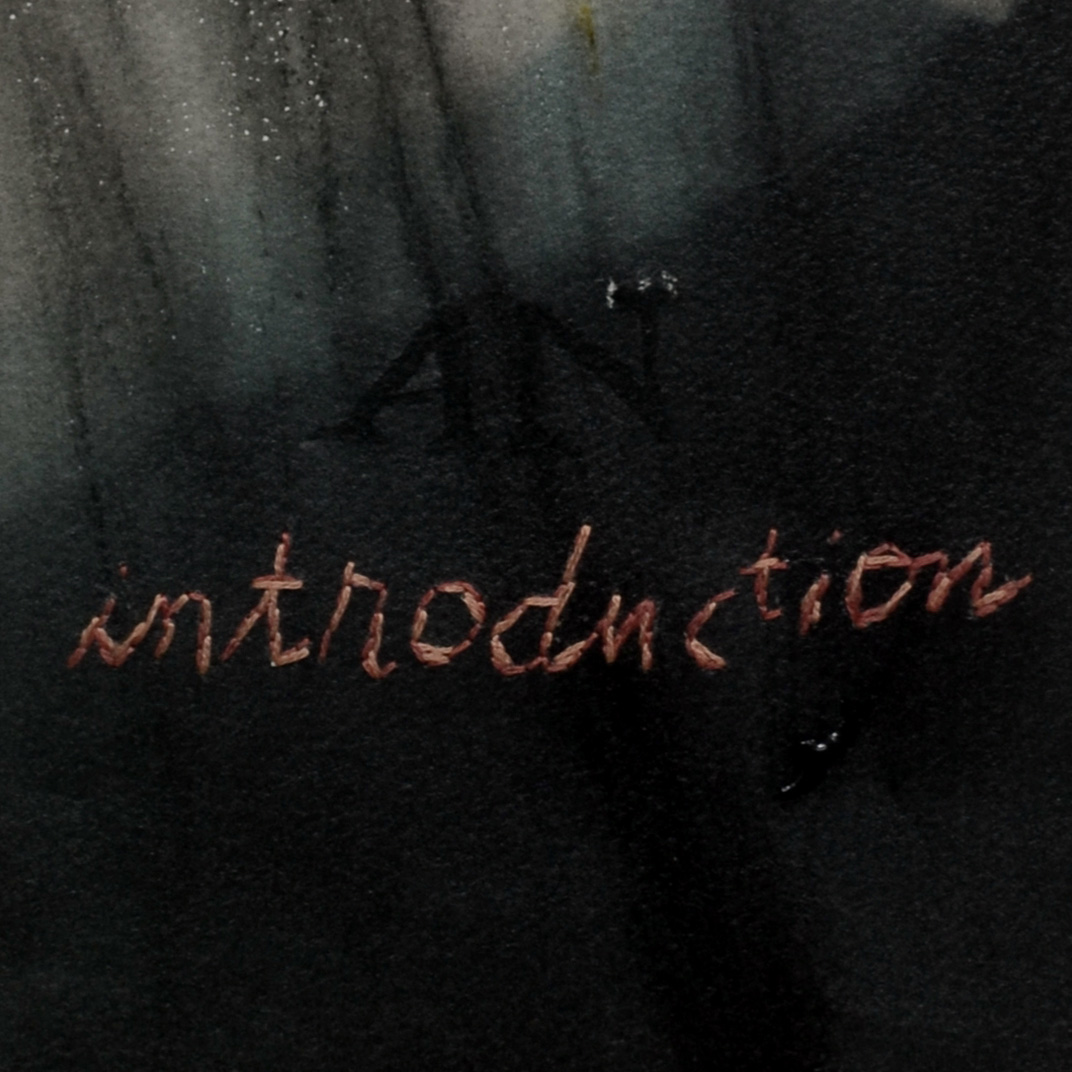 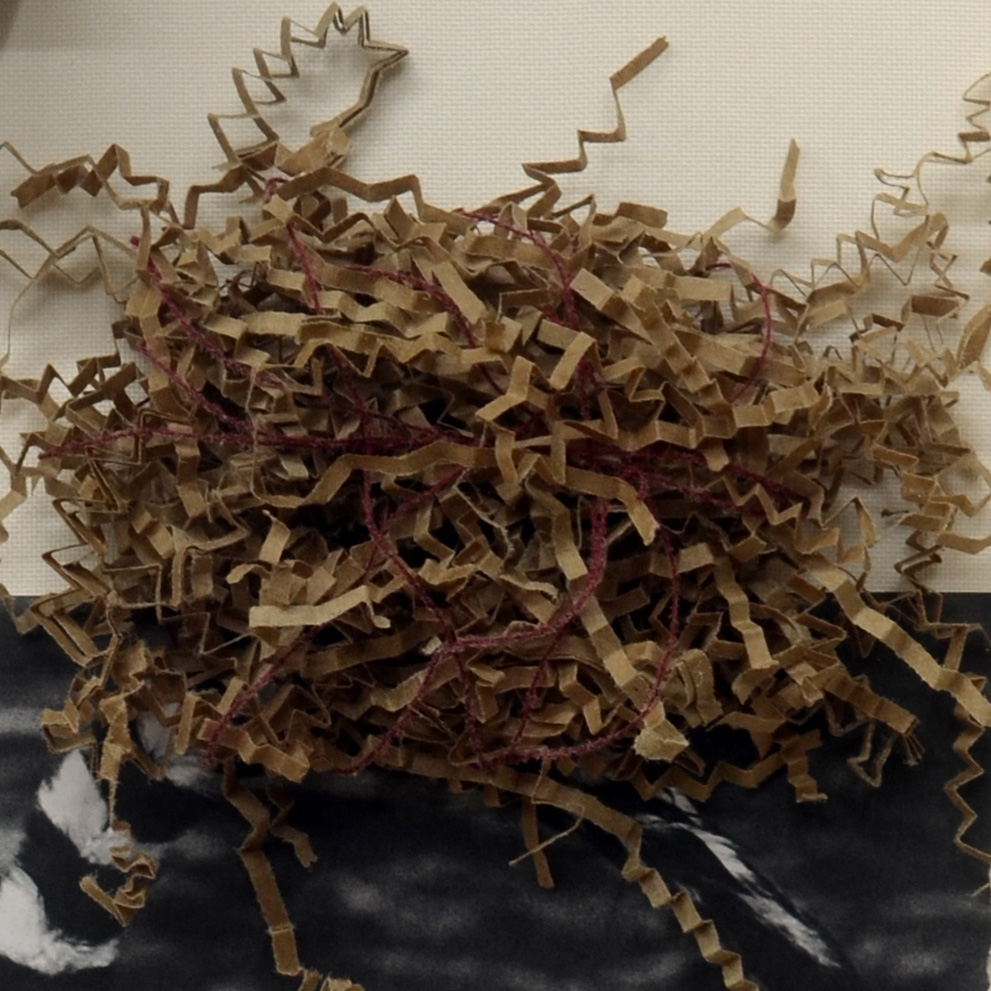 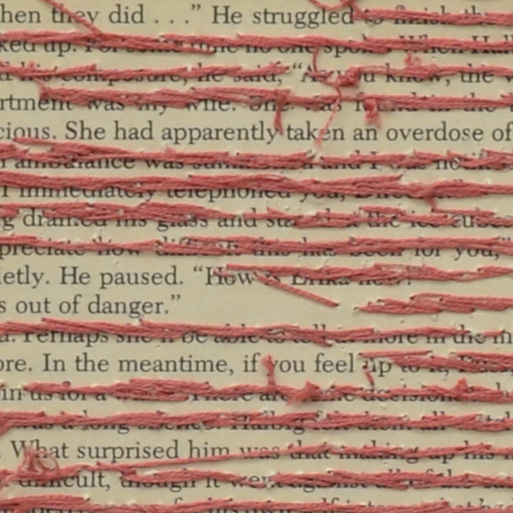 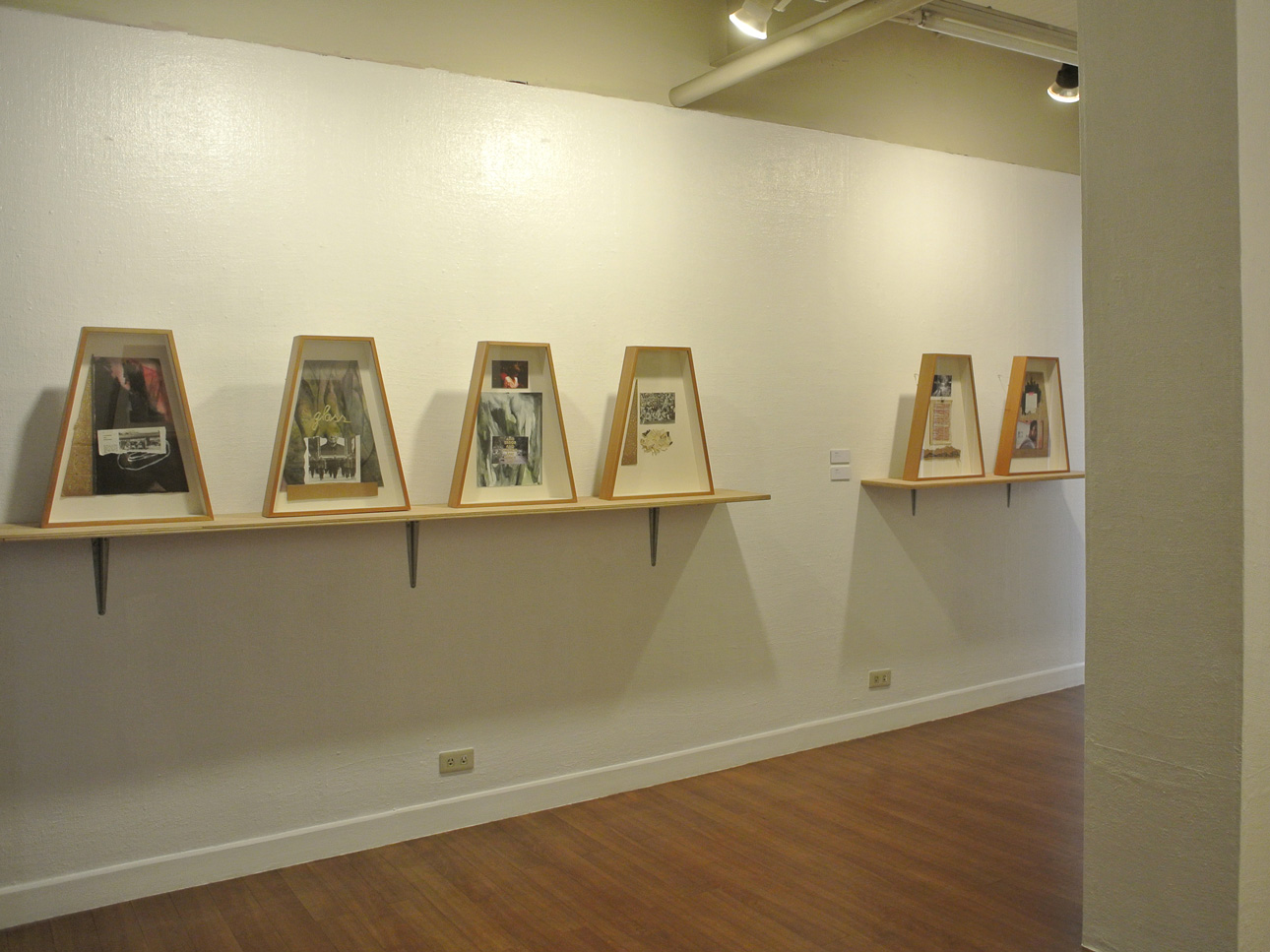 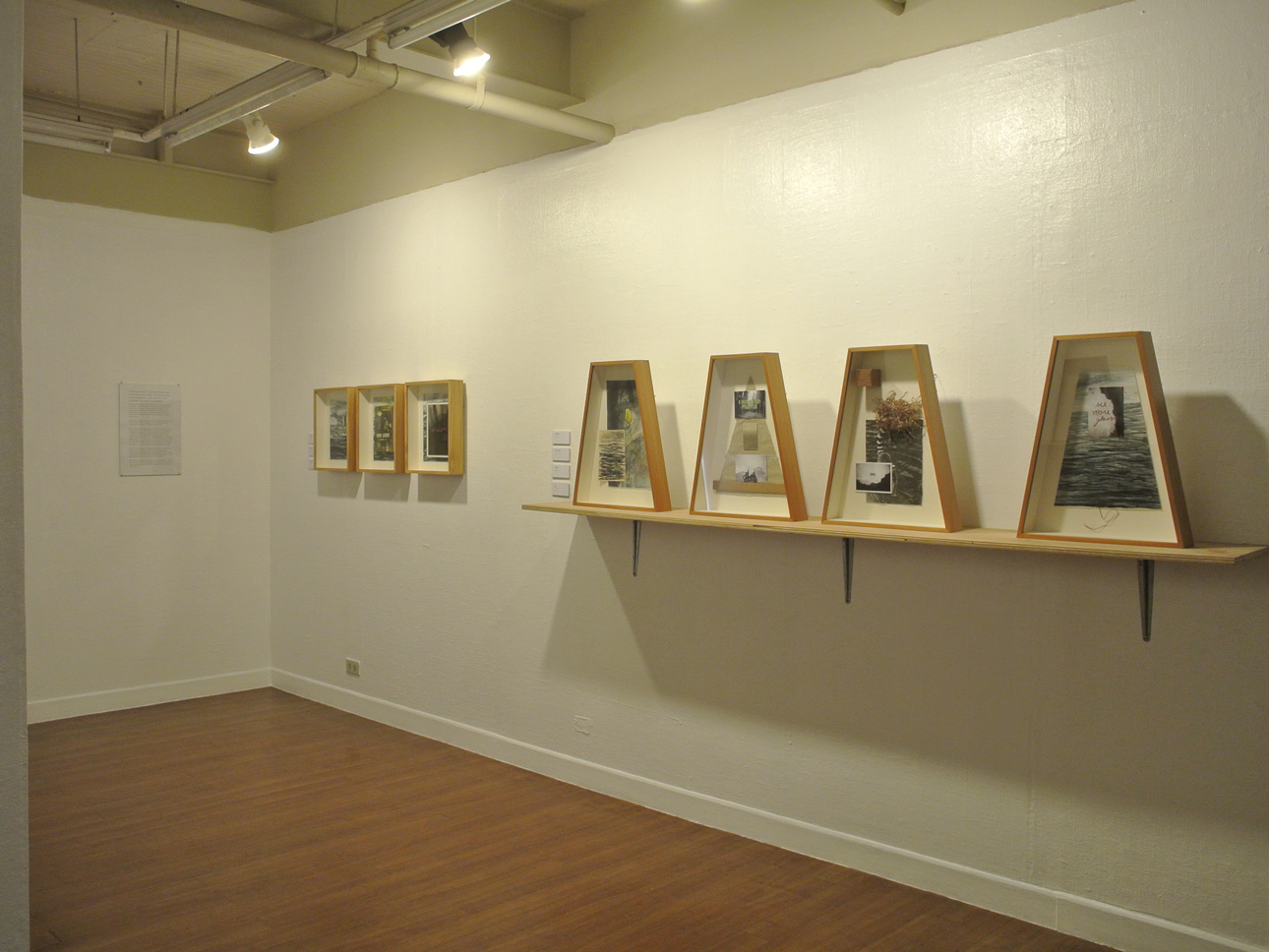 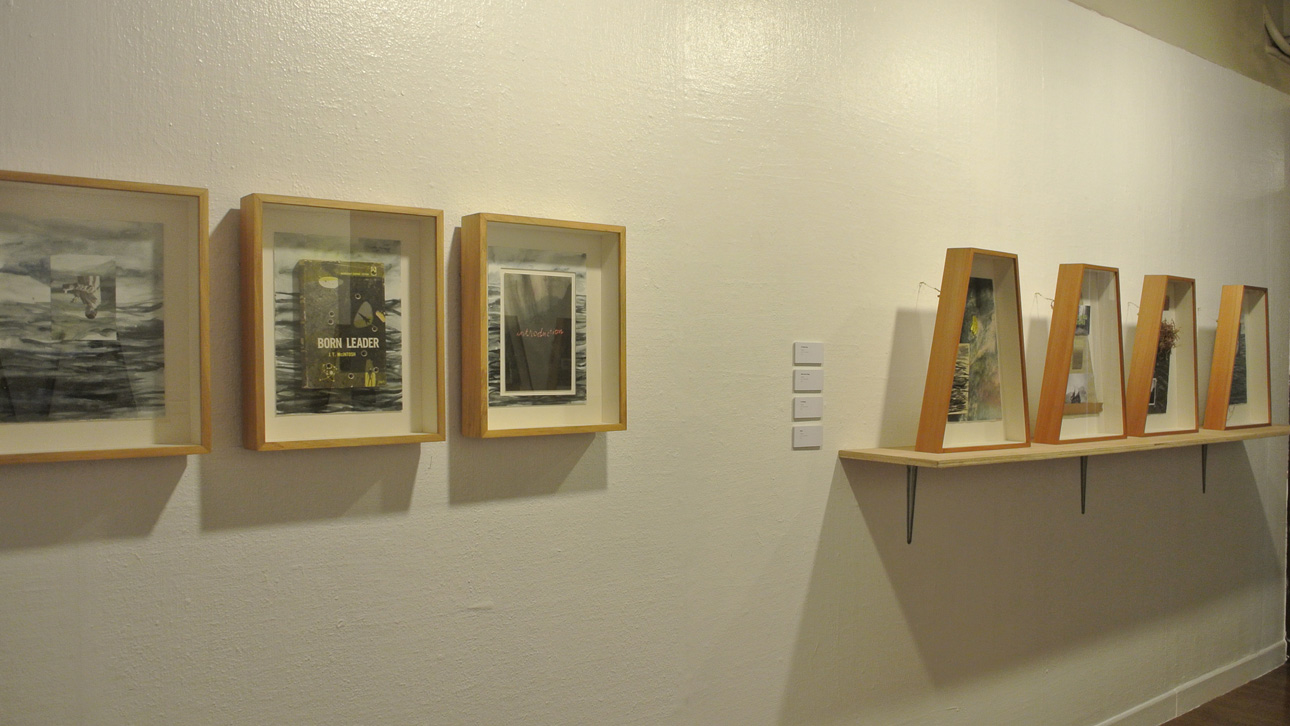 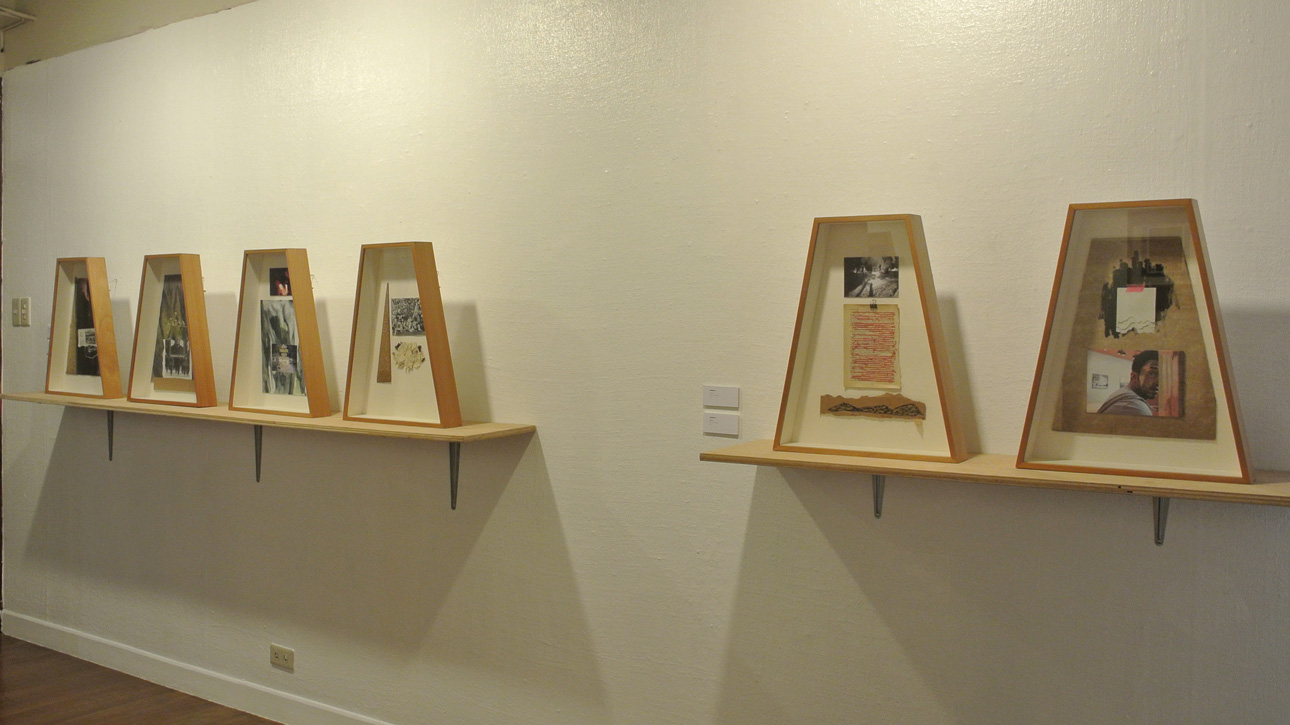