From the flat expanse of public walls, street artist Doktor Karayom ventures into the multidimentional possibilities of the gallery in Santong Pikon and fleshes out an allegorical narrative of contemporary religious experience by rendering in shape the banality of saints.

As the artist’s passionate penitence, red is singularly used all throughout, its minimalistic simplicity on white evoking not only the physiological throng of bloodflow but also the horrific streak of slasher tales.
Here, the artist embalms an apparition of the present into an artifactual museum of a collective spirituality. His “Santong Pikon” assumes a corrupted shape and its halo melts into a ragged blanket over its body splayed on a display cushion. A plastic water bottle protects a thirsting bust as if it is under a glass vitrine in “Uhaw sa Biyaya.” Enshrined on the wall is “Tupang Pula,” in which man clings to the sacrificial lamb as its scapegoat.

The gallery is incarnated as an abstract cathedral devoid of divine compassion. By its door is “Babad,” in which a saint indiffirently dips into a holy water stoup (Epoxy sculpture in a broken street lamp). Before the chamber’s pillar is an almost lifesize Christ, consumed among those who partake in his flesh in “Sabik sa Biyaya.” The congregation is reminded of the gross reality of the Christian faith–that God was made flesh–literally represented in “Ostiya.”

Finally, in “Solo Show Gallery 3,” the artist paints a premonition of this spiritual gathering in a mural-size canvas, effectively functioning as a static hall of mirrors: a metacommentary on the premeditated nature of the altar he built.
A moralist in the Millenial Age, Doktor Karayom takes the stylistic qualities of punk art into a spiritually bankrupt present and bears the reminder that man fallibly created God in his hollowed image. 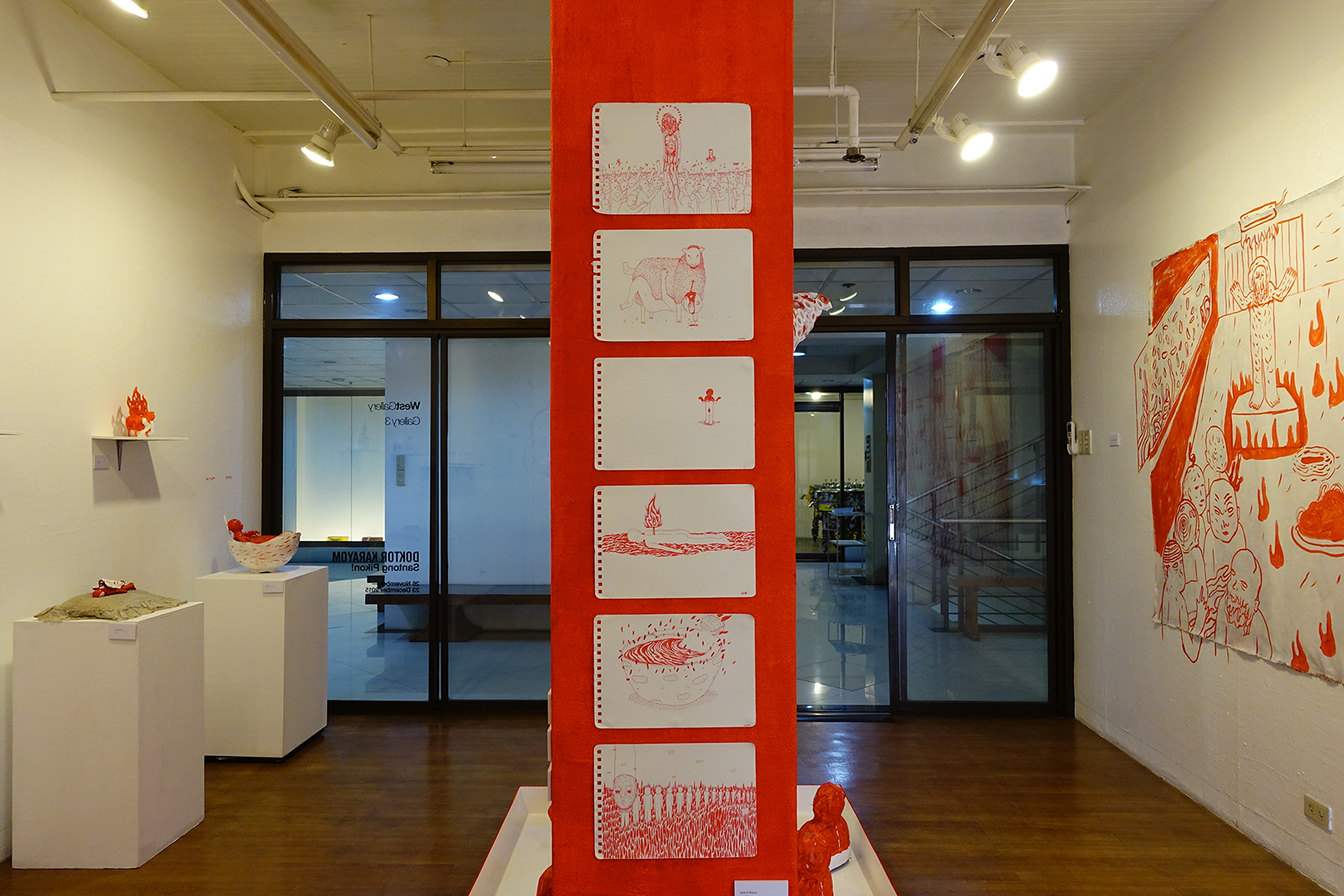 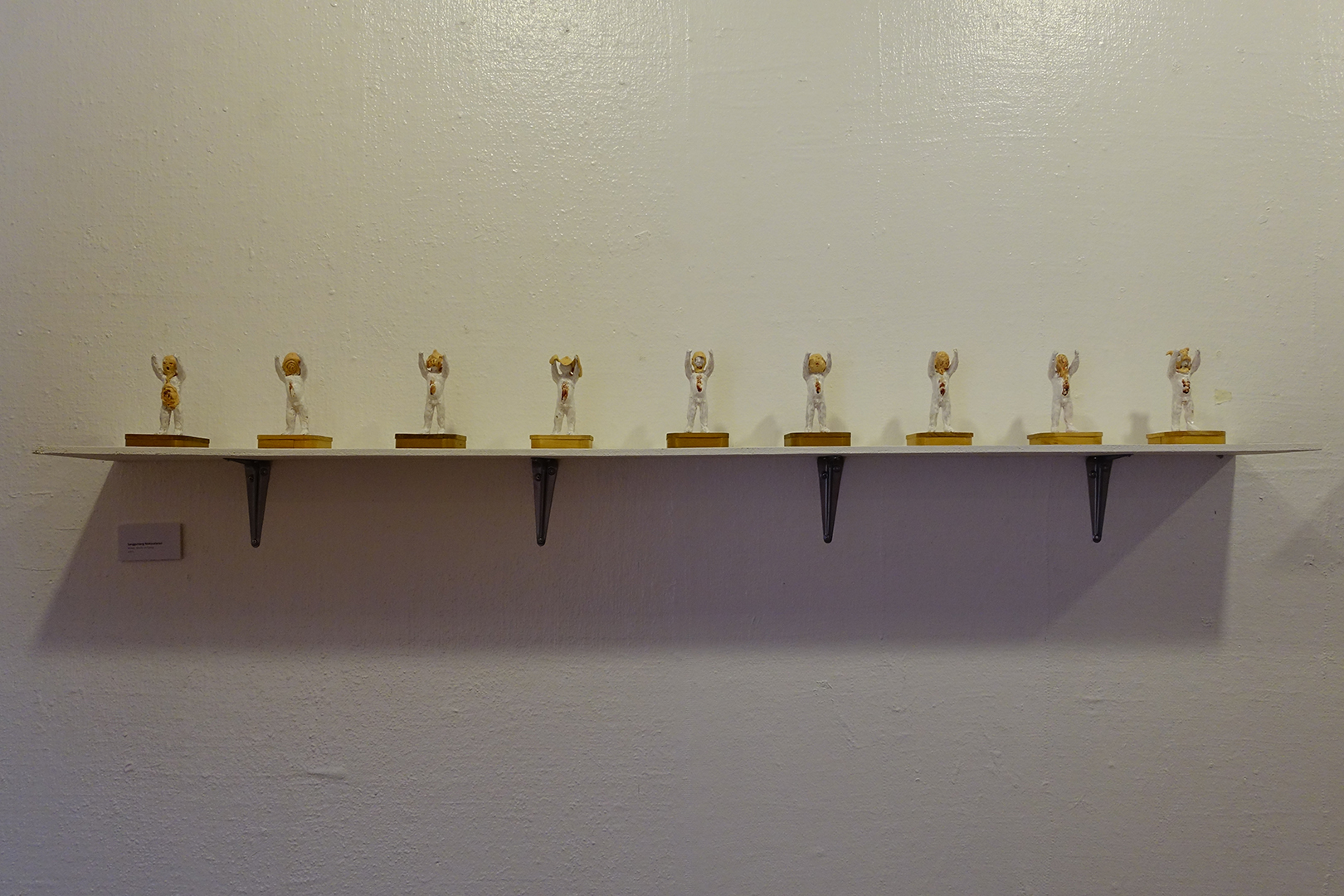 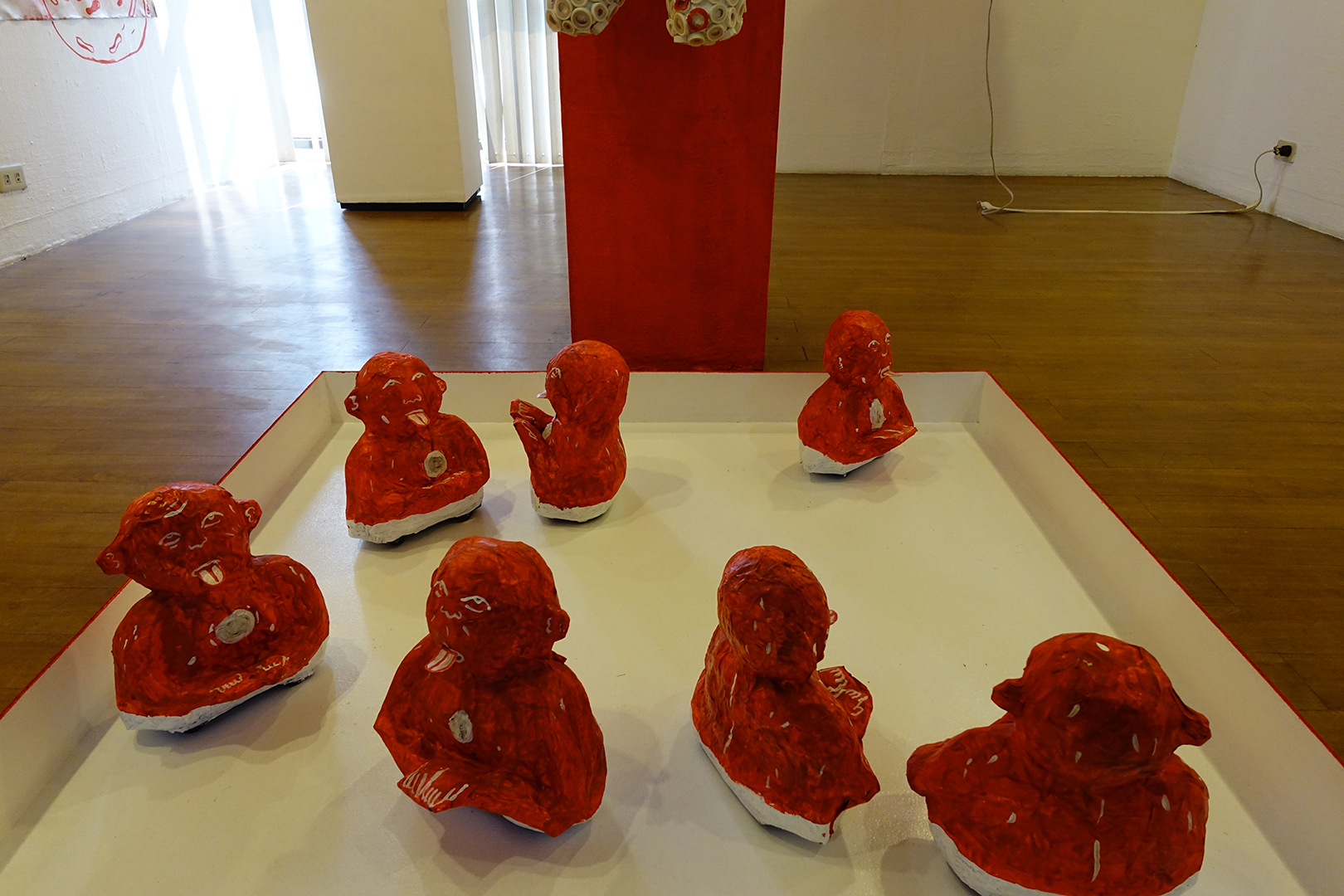 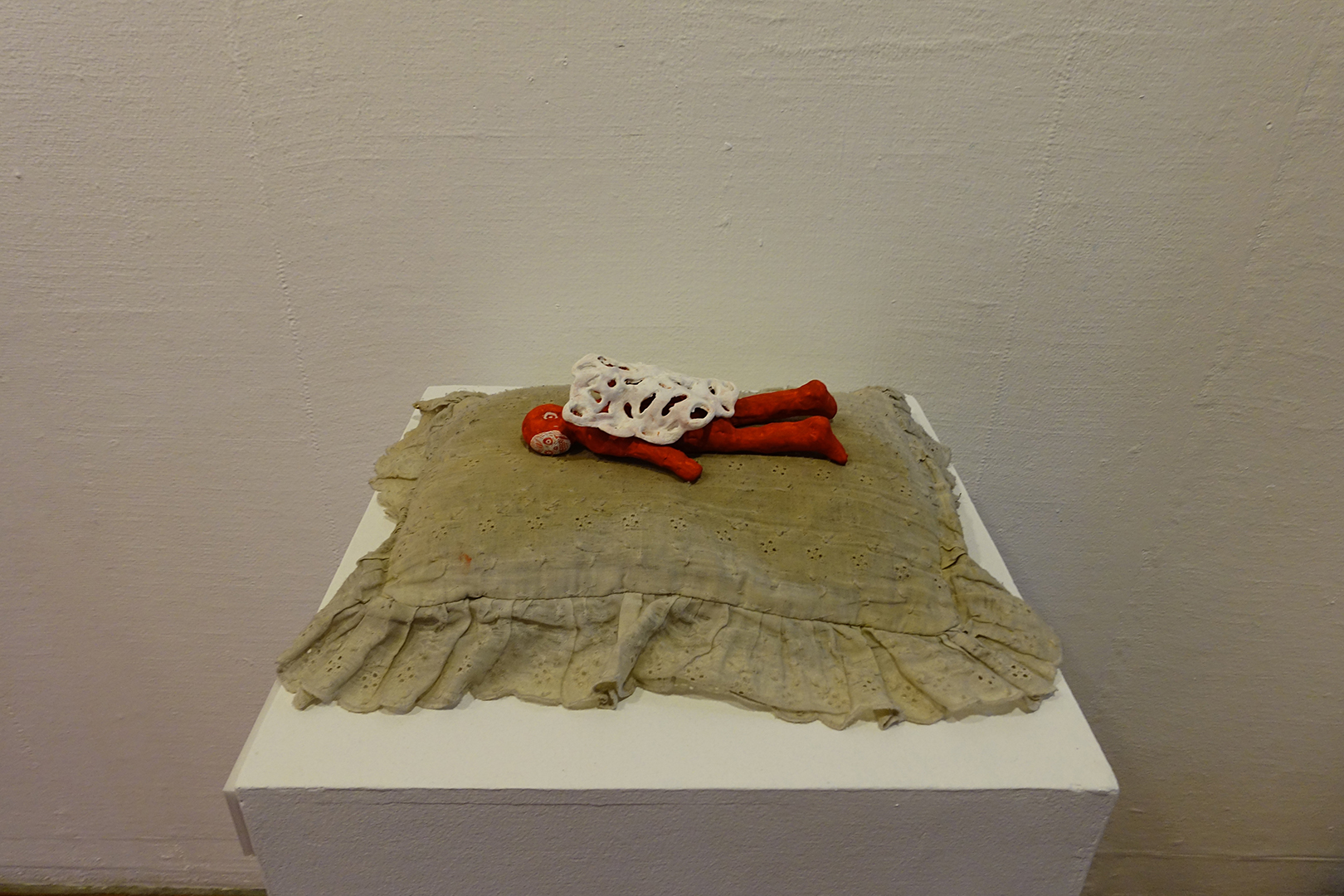