The representation of images from direct source towards comprehensive record and understanding is not a necessary burden in the practice of painting today as we compare aond enjoy the universal products of newer imaging technologies. Various electronic equipment have all documented brand new worlds to discover and colonize our sight and minds. On the other hand, painting, with its plastic capacity to invent, alter, and create simultaneously as we look, think, and act, continues to take hold of the realm of poetic imagination and symbolic meaning. The task of painting today is the issue of translation, lamenting as well its sense of death in the hands of mechanical reproduction. As follows, despite the stylishness and humor that abound in his work, there is a pervading sense of melancholy in Balisi’s work, for a nostalgia of lost meaning that painting continues to bring up – of the act of recall by routine action (studio work), of the reliving of memory and the re-creation of the present through minor narratives personally (subjectivity). Perhaps the prevalent notion that the art of painting is dead, that colorless corpse, keeps this romantic idea that we are still able to have authentic notions of self, finding value in the construction of identity amidst a confusing world of objects. Thus, a room full of elephants is the notion that things appear normal but actually is not.

Allan Balisi’s “Room Full of Elephants” is a collection of enigmatic representations of missing parts of the picture, carefully rendered to lend itself to close reading minus the part of a logical finish, which effectively opens the work to newer interpretations and permutations of meaning. His paintings are sourced from found photos of random people taking part in work seminars and office meetings. In their depiction, Balisi is concerned with what we actually don’t perceive in what we see, things that go unnoticed, creating unseen circumstances and meanings that come from the unknown. It is like the proverbial elephant in the room that goes without being seen and yet everyone knows its there. Like that aforementioned condition of painting that everyone proclaims is dead, and yet everyone knows too that it is alive and procreating so to speak. Balisi’s allegory to his practice of painting is like the description of an elephant by a group of blind men, each having a different translation of what an elephant is based on his experience and “perception” of it. According to Balisi, “I wanted to explore the relationship and separation of the definition from an image, where the image may hold a specific connotation to the viewer, and the same image may have a very different meaning to the transmitter of any given message. Just like how a blind man may describe the elephant.” From these cracks in interpretation he is able to open a space for painting that allows symbolic meaning without being anchored to its actual representation. In addition Balisi indicates that since there are “missing parts” in the picture this situation would allow the viewer to drift away from what seems to be represented, thus creating a wider “room for error”, and allowing the viewer to participate in the completion of a picture. These floating signifiers, a room full of elephants, in Allan Balisi’s work deconstruct the language of the real through a garden of forking paths, each having a destination mapped only by the vastness of one’s imagination.
Text by Arvin Flores 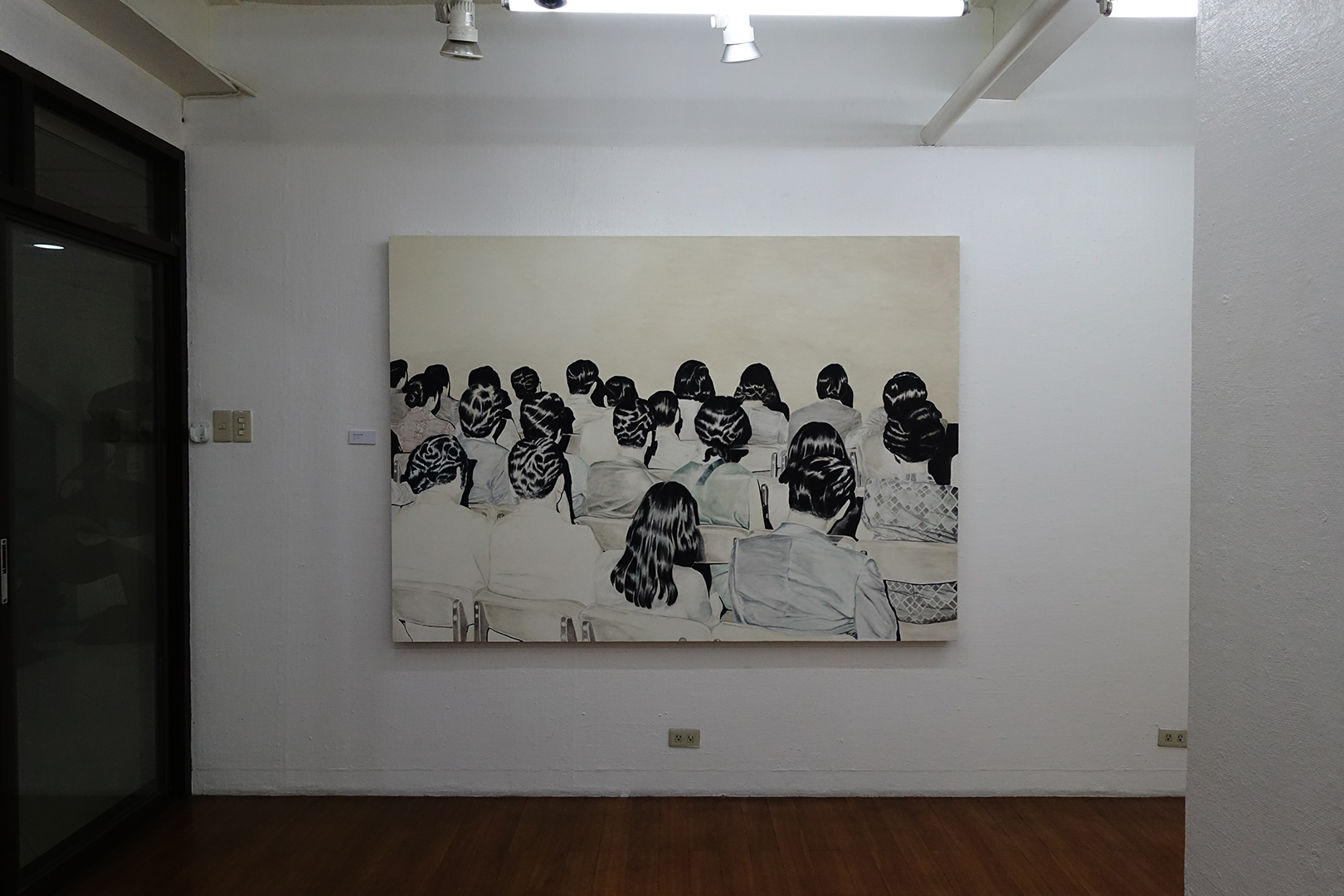 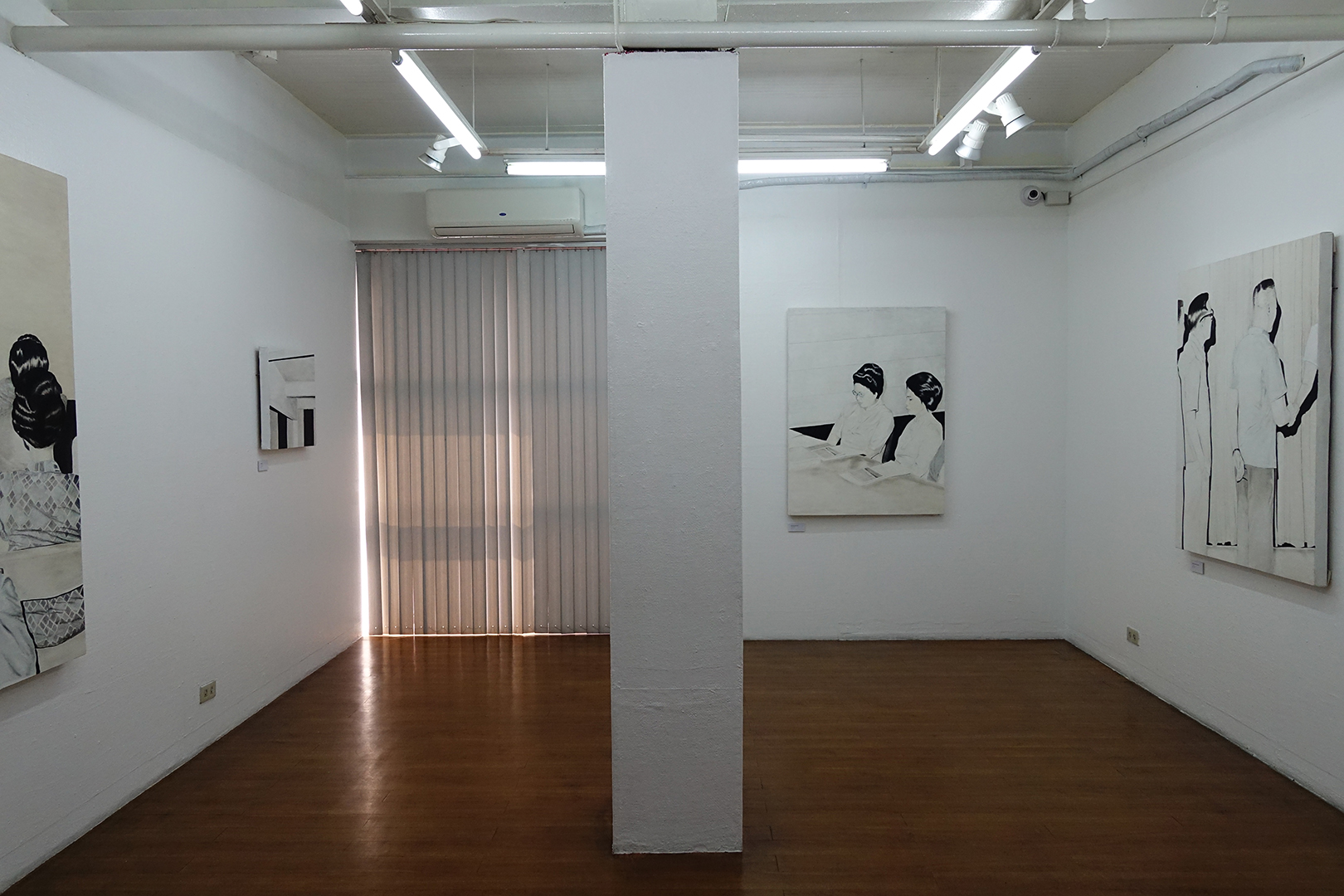 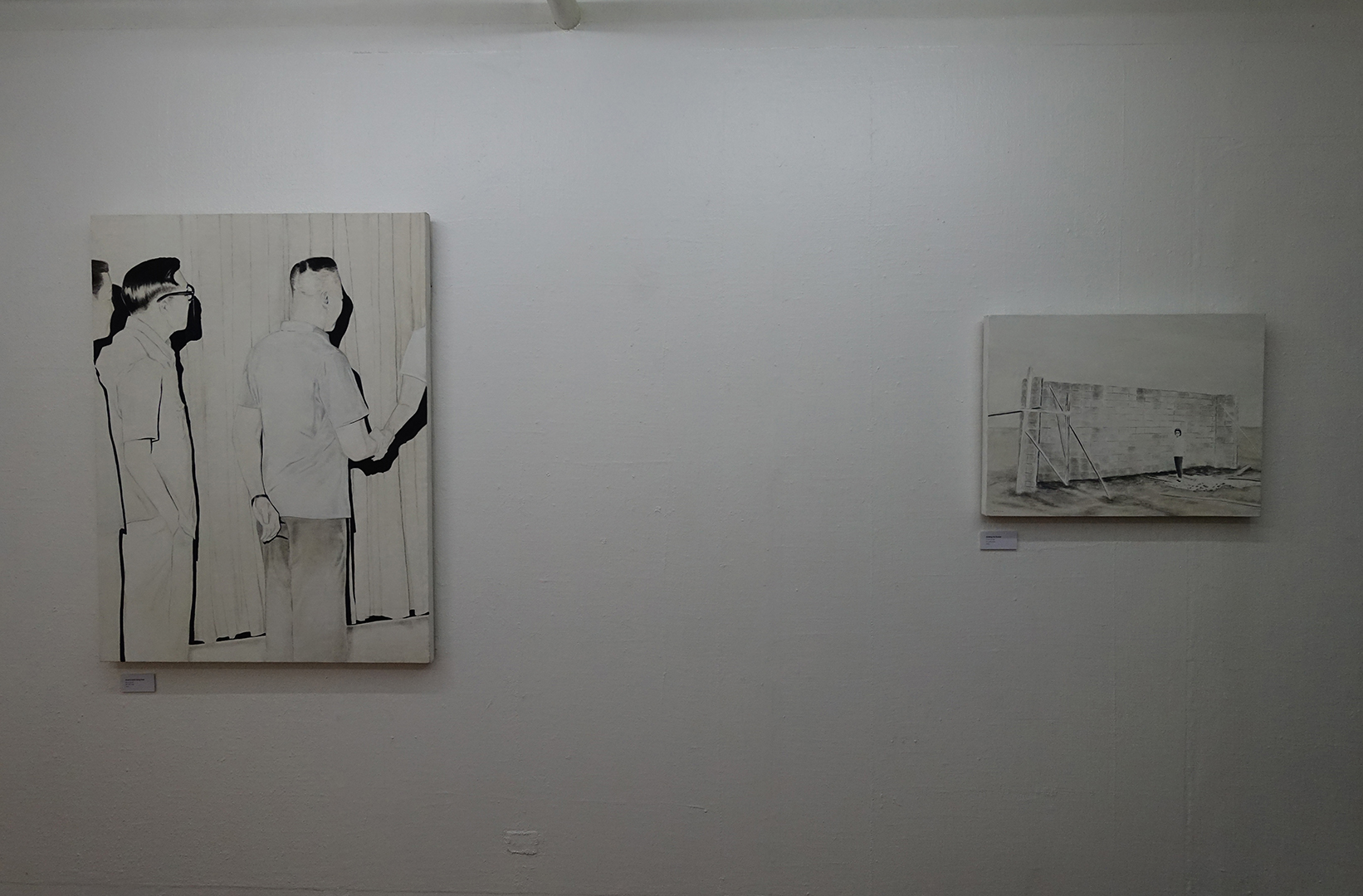 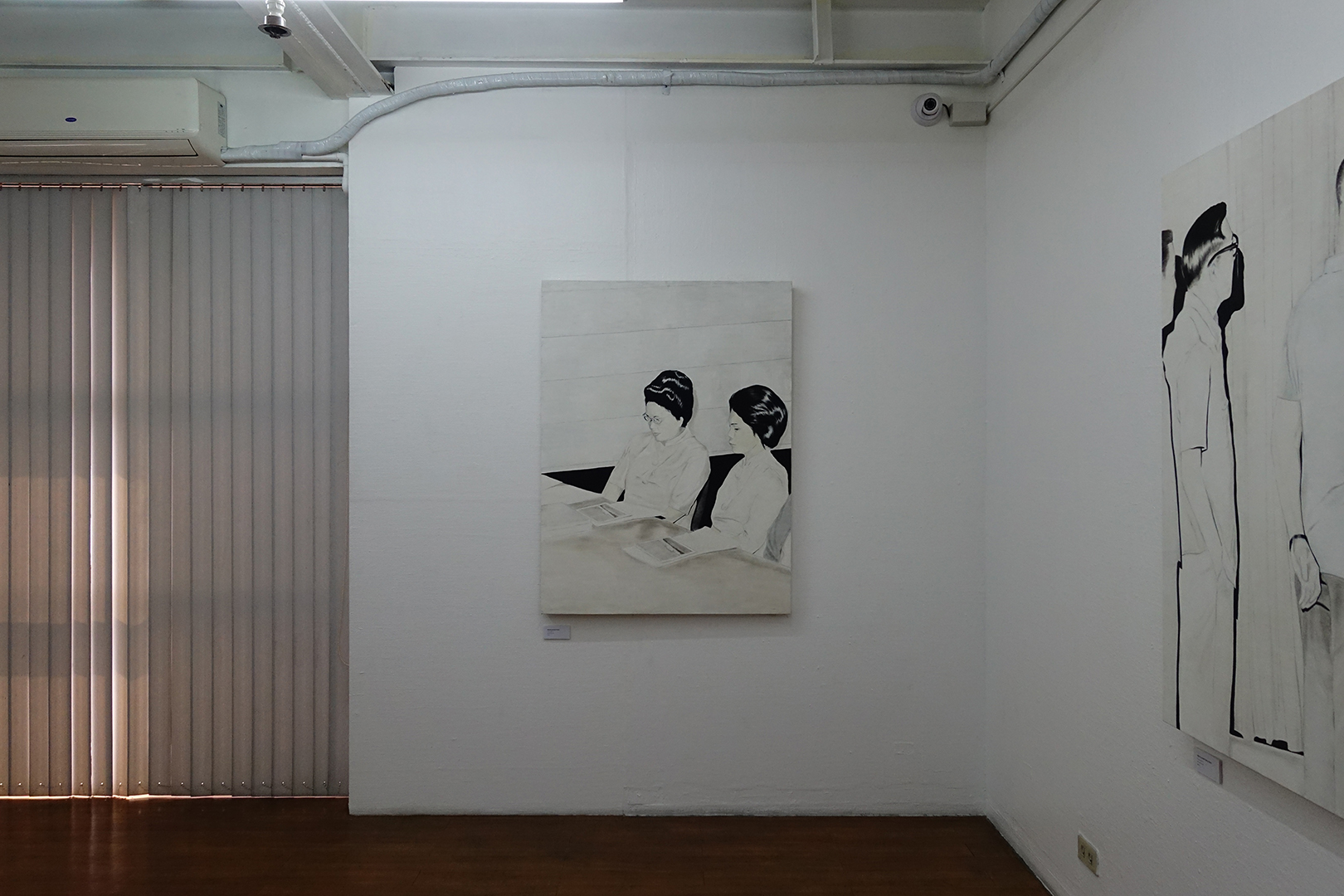 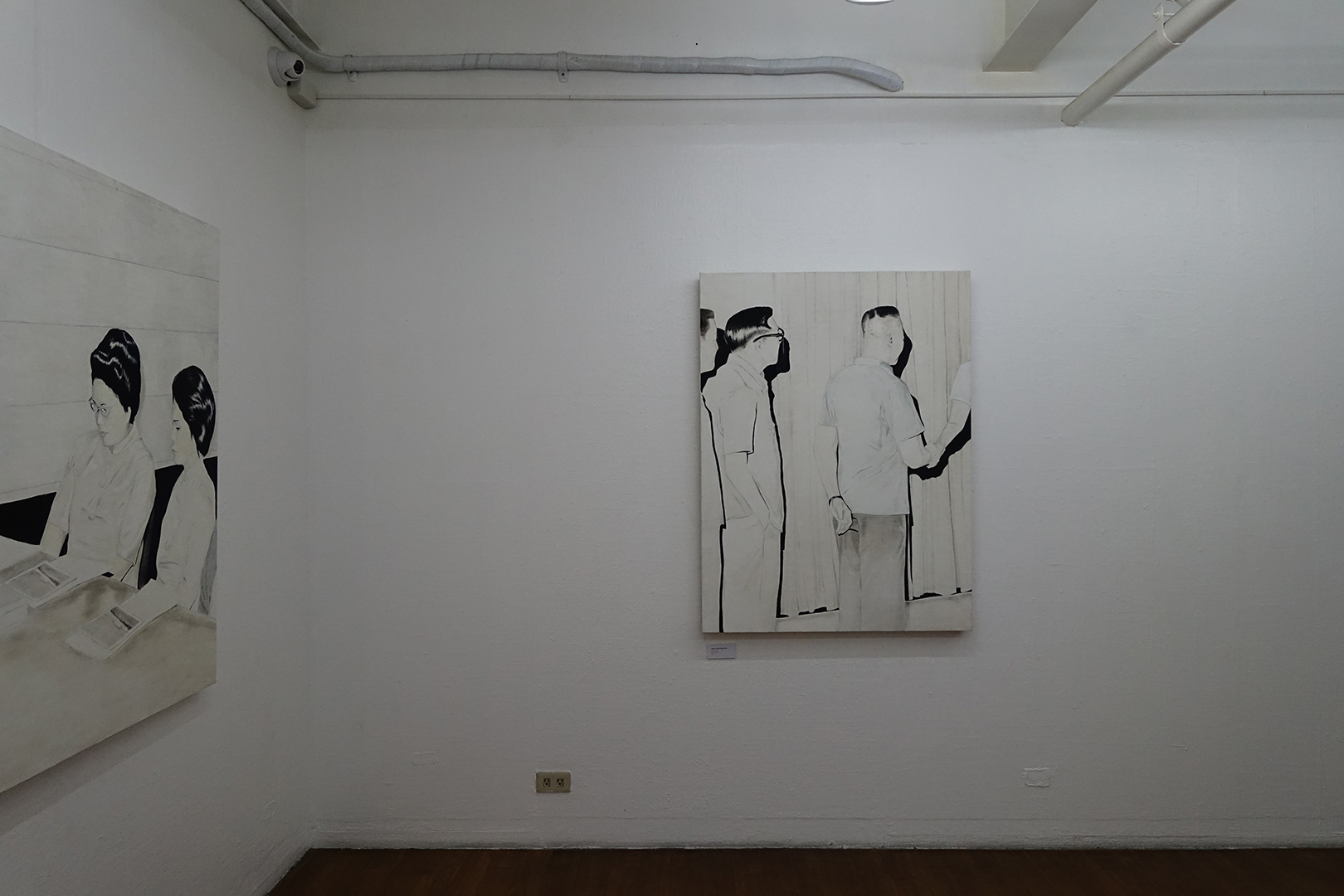 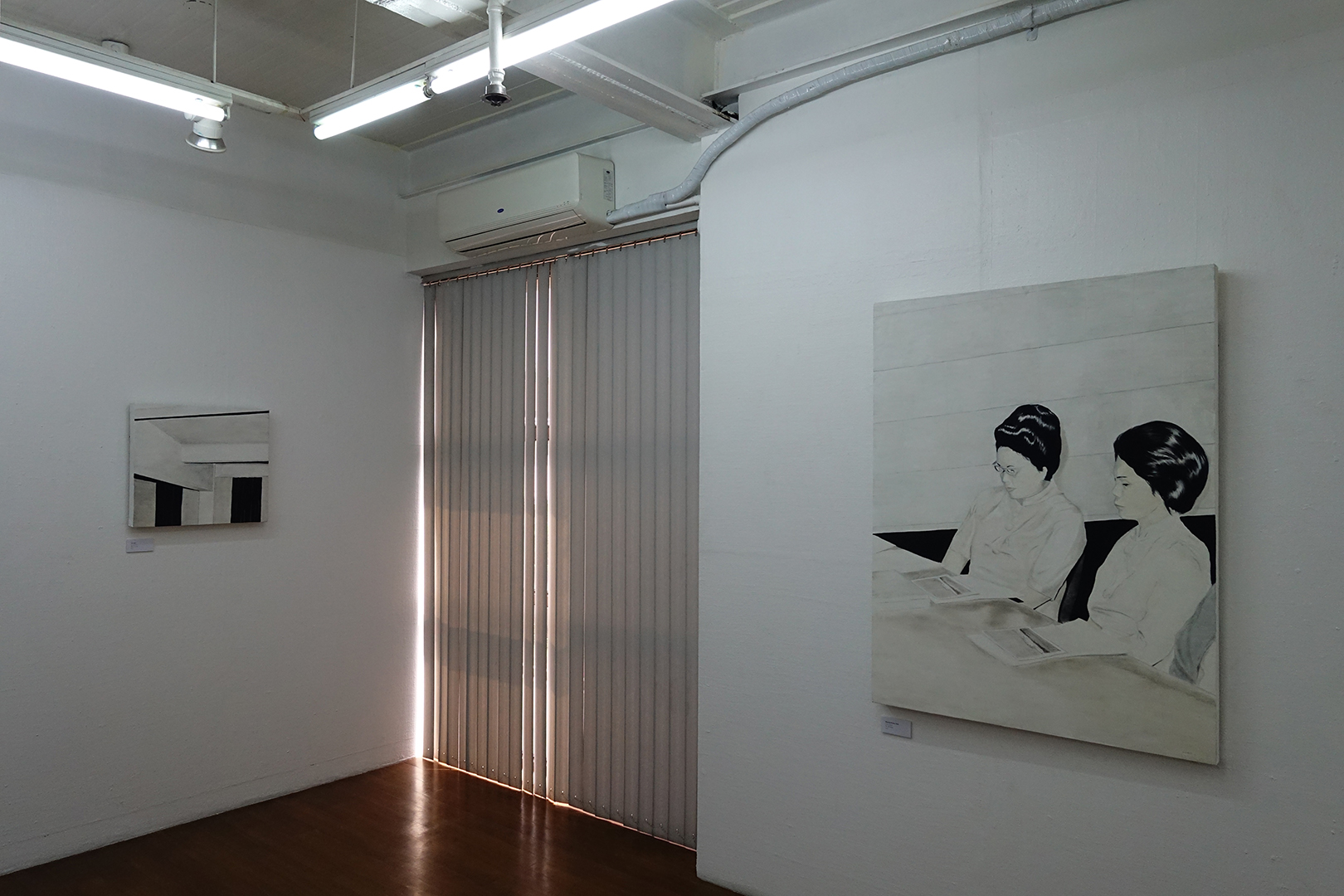