In Remote Viewer’s Album, Alvin Villaruel presents works that are inspired by drawings done through the process of remote viewing, resulting into a certain degree of accuracy against actual control images that were projected in another location. He says it is reminiscent of his past semi-abstract works that employ blurring though there are still hints of figuration. His latest set of paintings, as a whole, aims to investigate the subconscious workings of the mind, using the blurring technique to depict the recollection of mental images. While his treatment of oil as a medium remains consistent, whether dealing with abstract or figurative themes, Villaruel says he’d like to show a different kind of imagery this time, presenting images as they are conceptualized. One piece features a reddish full moon juxtaposed against a blurred image of a human brain in a glass jar or vat, hinting the lunar gravitational effects on the brain (from which the concept of lunacy began). Then, there are six small diptychs, each depicting the remote viewer’s drawings or scribbles and actual control images, and a triptych featuring semi-blurred cathedral windows that provide a sense of entering an architectural structure. Villaruel sees each exhibit as a learning process, as he deals with an unlimited number of ideas. He hopes to become even more experimental in the future, perhaps exploring multimedia and electronics materials and different modes of presentation. 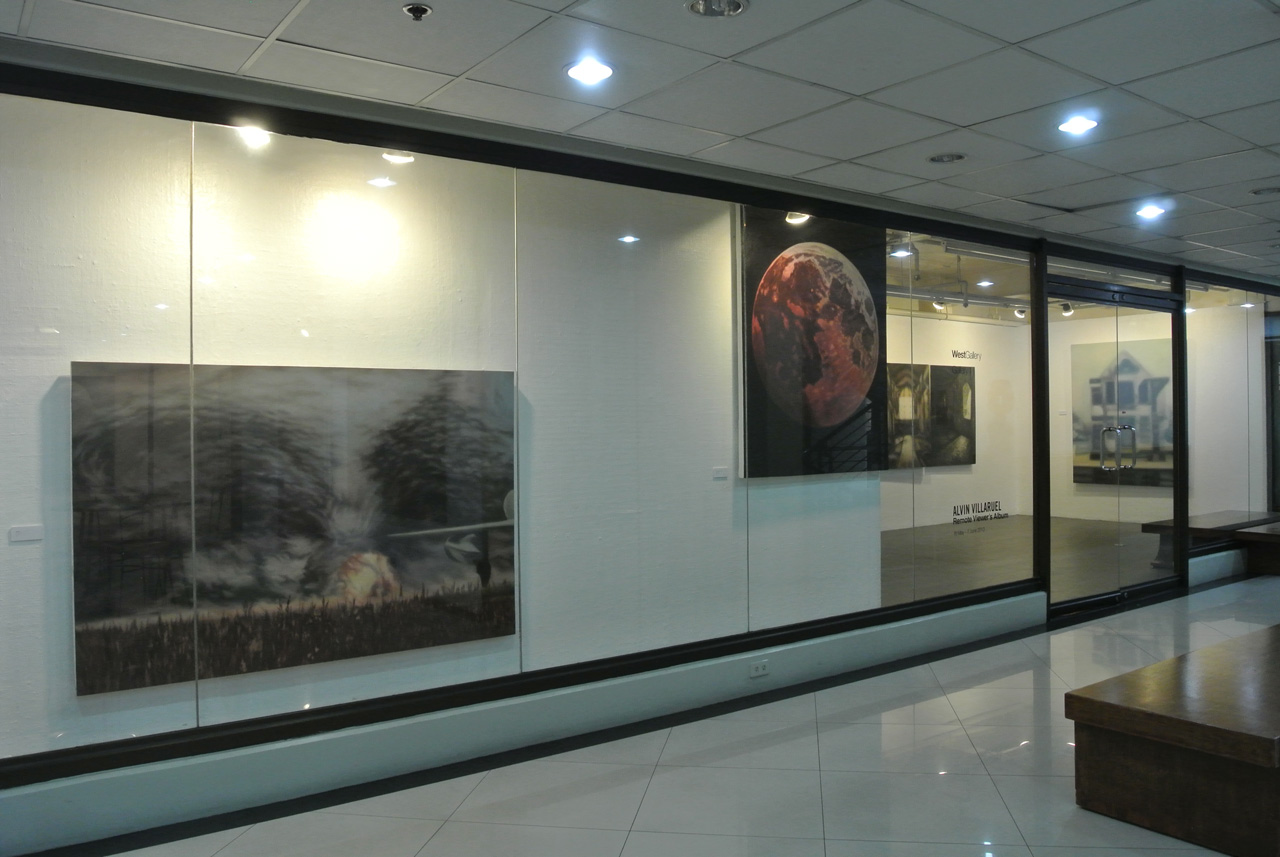 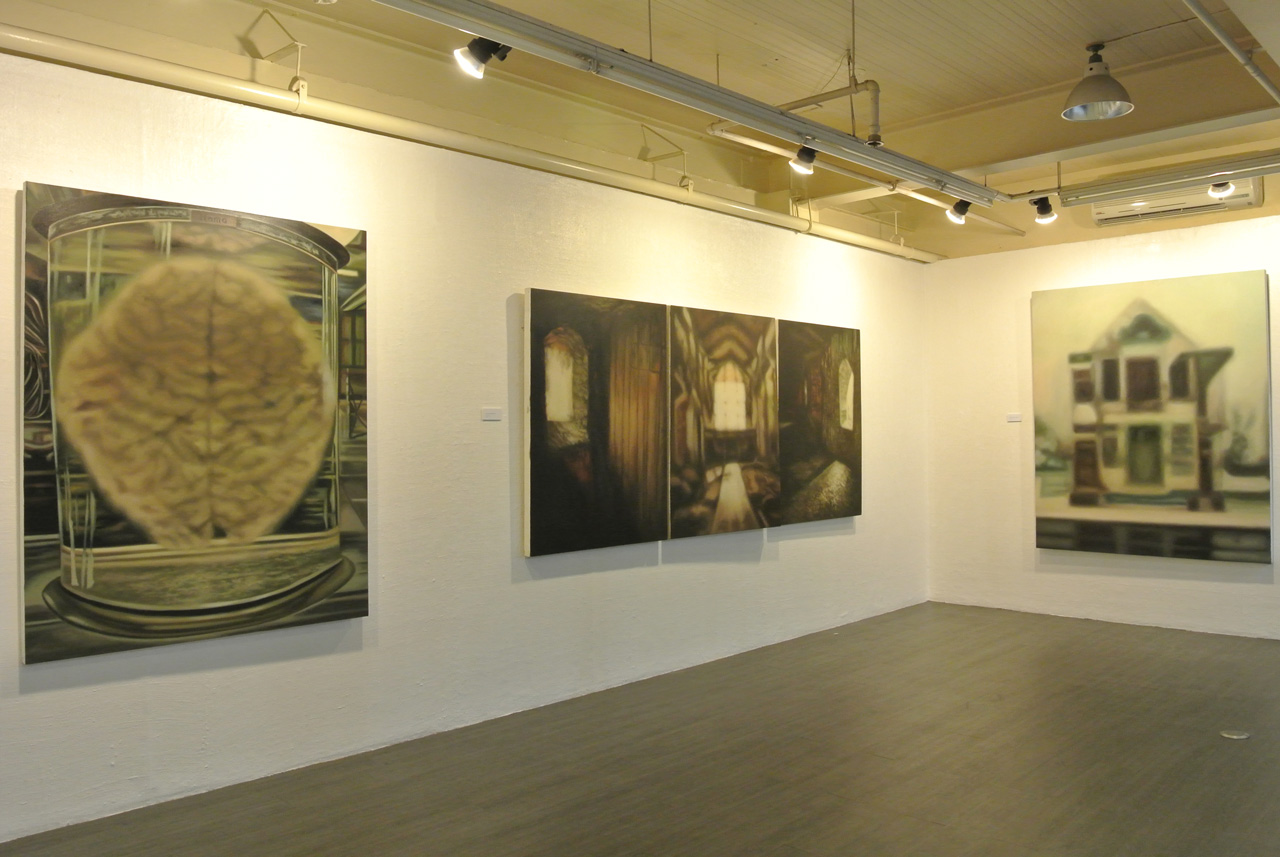 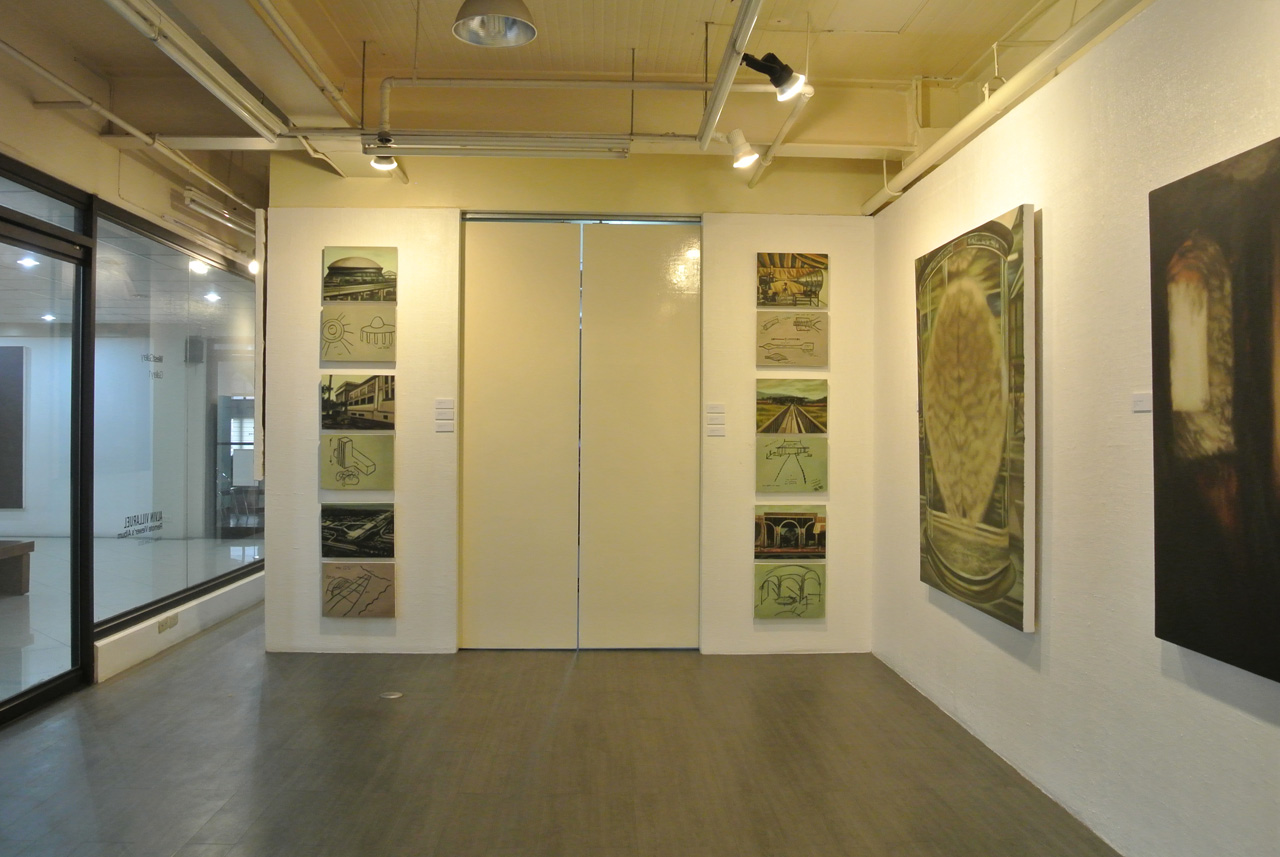 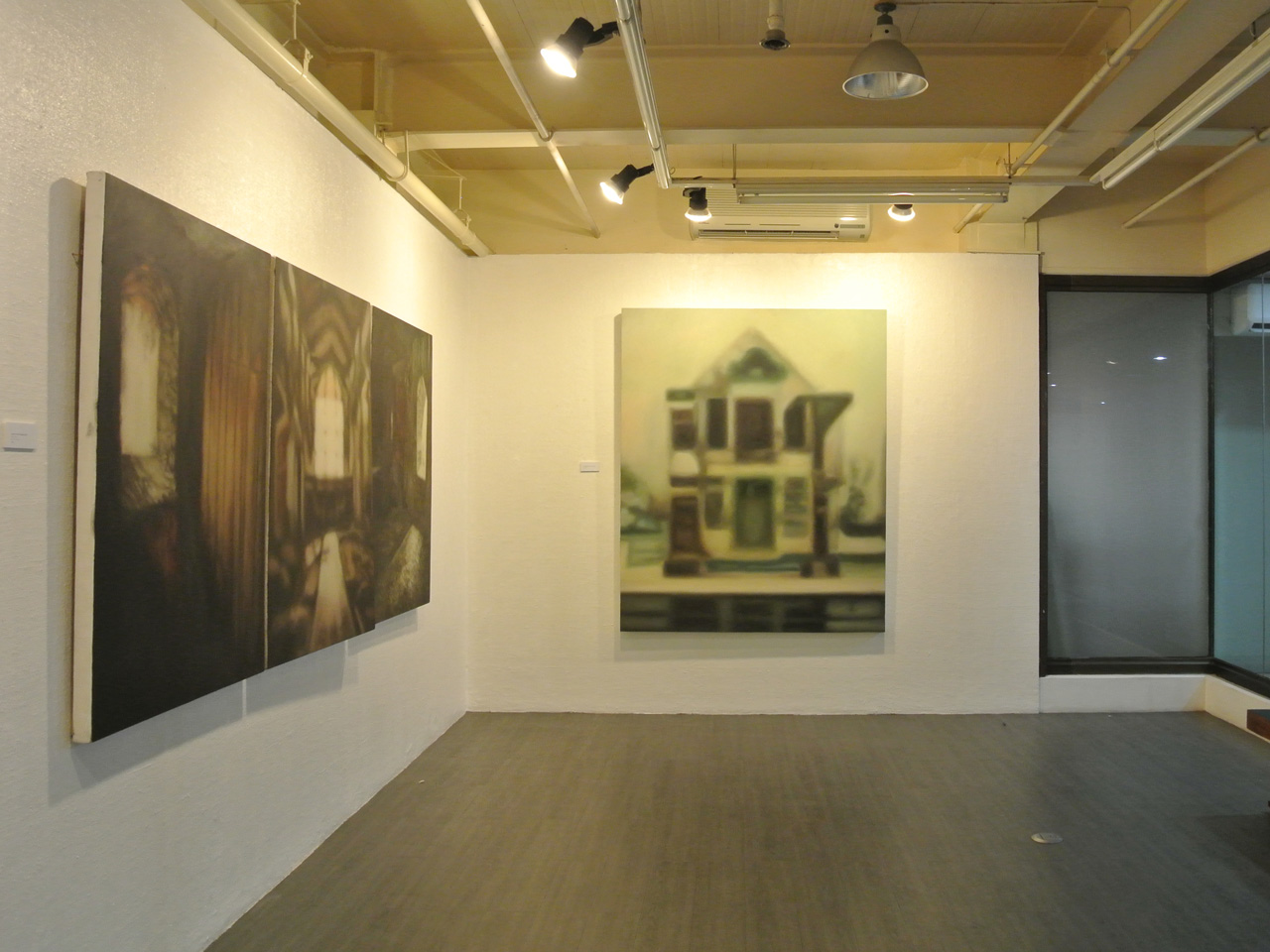 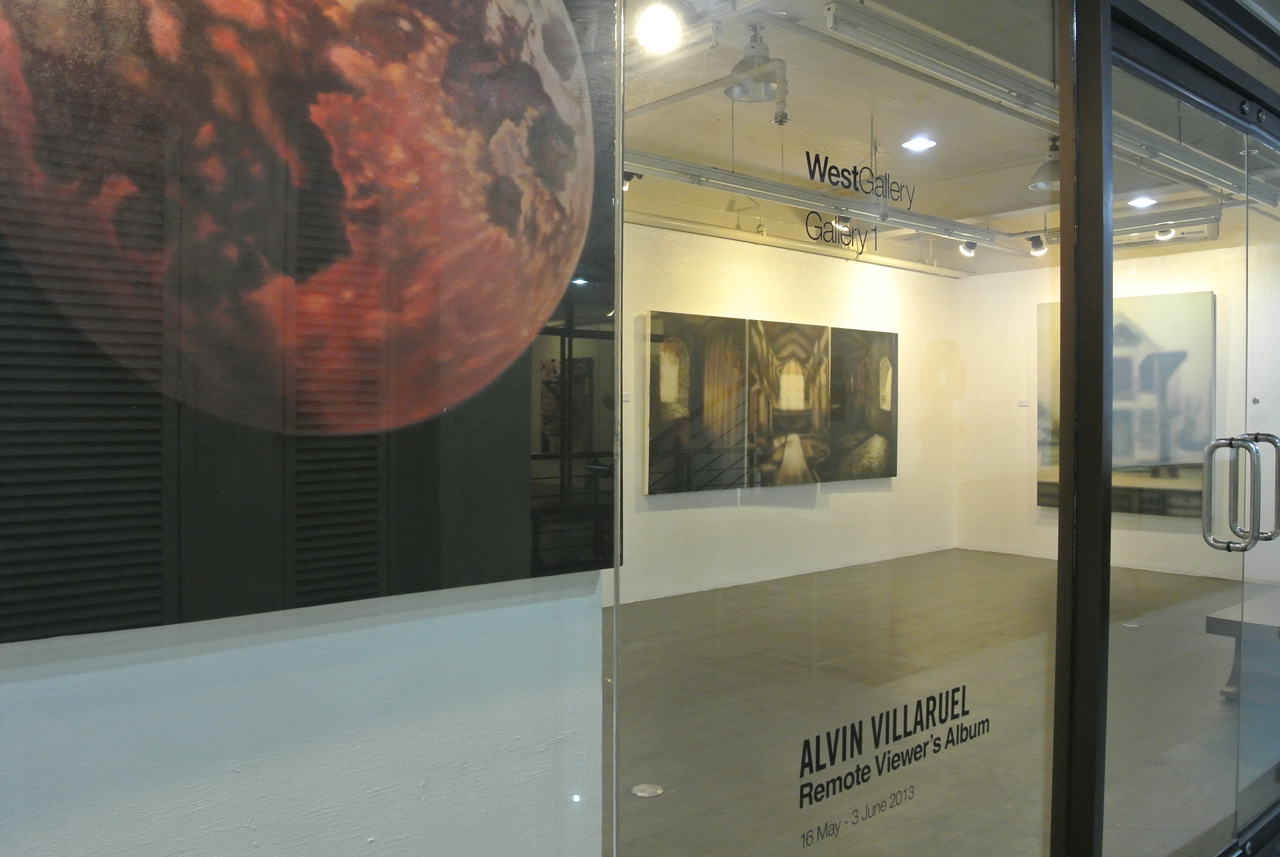 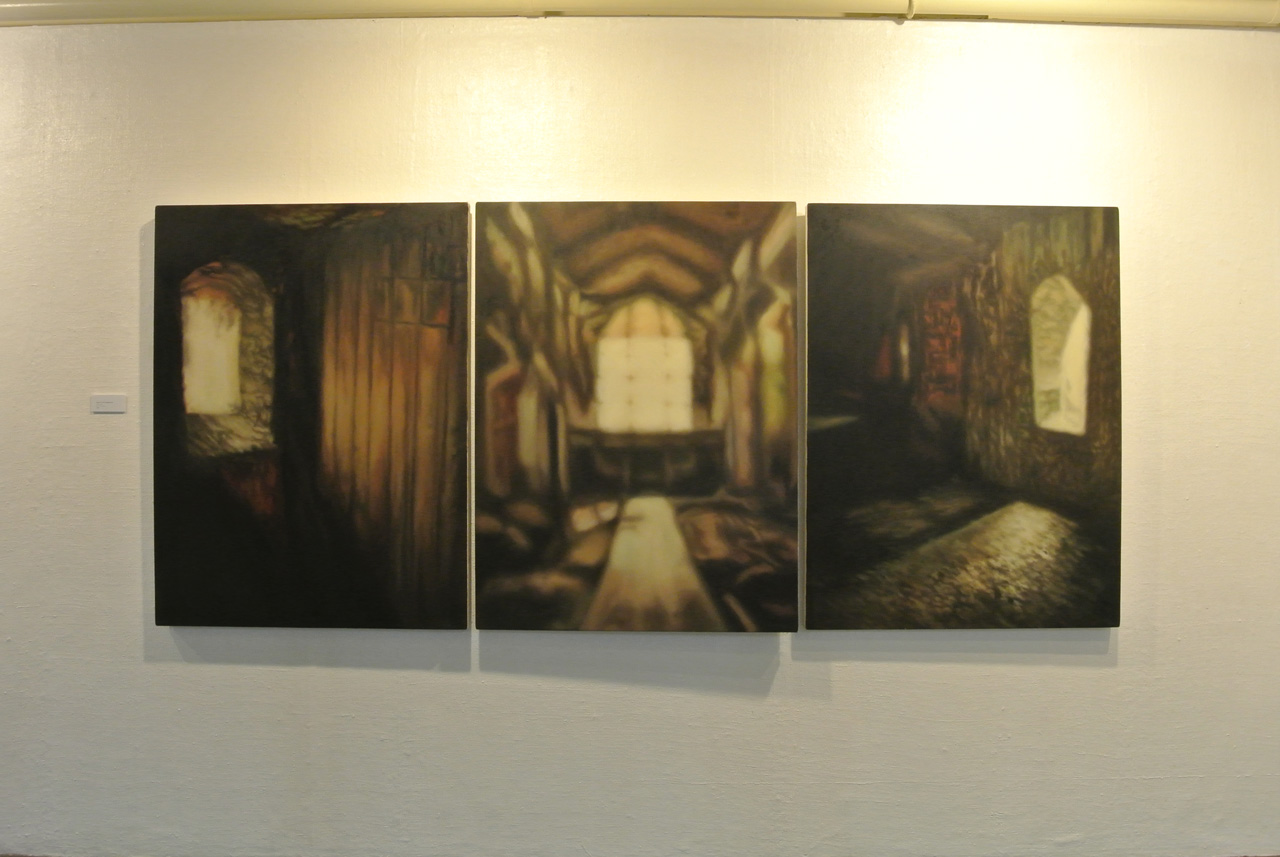 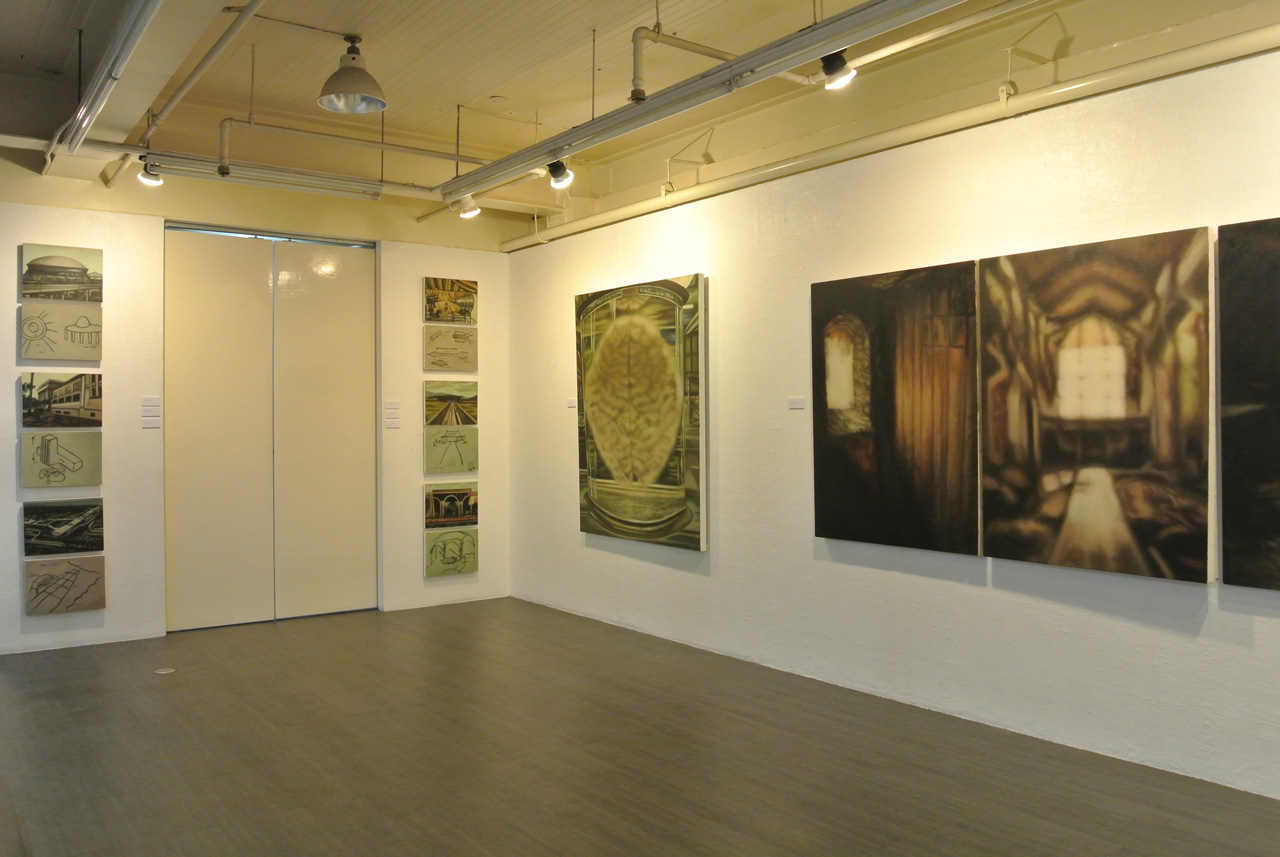