Dale Erispe mounts a new solo exhibition this July In his most recent body of works, Dale Erispe has been preoccupied with envisioning alternative environments to ponder on the interaction and conflict between humankind’s actions and the forces of nature. From an earlier interest in the hustle and bustle of city life captured in candid street scenes, he has now shifted to more contemplative compositions that deal with reflections on ecology, survival, and co-existence. He suggests these themes mainly by painting outdoor views in which natural elements figure alongside man-made structures, but devoid of human presence. The imagery seems to lie between a landscape and carefully engineered built environment, existing in an ambiguous state between the natural and artificial.

Erispe proceeds from the same motivation in this solo show and imagines new pieces that juxtapose edifices and extensive greeneries. Rendered in photographic realism, meticulous attention is given to the buildings’ structural and architectural features—perhaps highlighting that they are products of human construction. Evoking a sense of order, conscious design, and control, details such as geometric shapes and repetitive patterns formed by grills, windows, staircases, beams, and grills may indicate humankind’s mastery of nature and the environment. On the other hand, equally dominant in the compositions are lush vegetation, tempering the structures’ otherwise imposing presence. We see the buildings engulfed by vast fields of green, covering their roofs, or entirely cladding their exteriors. Yet, these growth don’t appear totally natural: some assume the buildings’ shapes while others share the symmetry and regularity of their arrangement. Nature here is presented as still being subject to human control and not contesting it; tailored-fit to the neat layout of communities and not spontaneously sprawling to reclaim its place.

What may emerge from these imagined spaces are thoughts on how far humankind’s intervention with nature has reached and its negative impacts, and the ways nature seemingly reasserts its dominance over human capacity and reverses man-made damages. Natural calamities and talks about climate change, for instance, has brought to the fore such reflections, raising questions on whether such occurrences are consequences of human excesses or perhaps nature’s own way of restoring balance to a disturbed ecosystem. The vivid images of deserted and empty streets and apartment buildings standing amid dense vegetation can also be reminiscent of outdoor sights in urban areas during the recent pandemic, another catastrophe framed on one hand as an outcome of human intervention with nature, and on the other as an instance of nature taking its course over human supremacy—allowing nature in major cities in the world to breathe a little and reminding us of the limits of modern science and medicine. Though this gathering of works approaches these lines of thought by proposing surreal and speculative visions, it may sustain such inquiries and compel us to reexamine our pursuit of progress and development at nature’s expense. 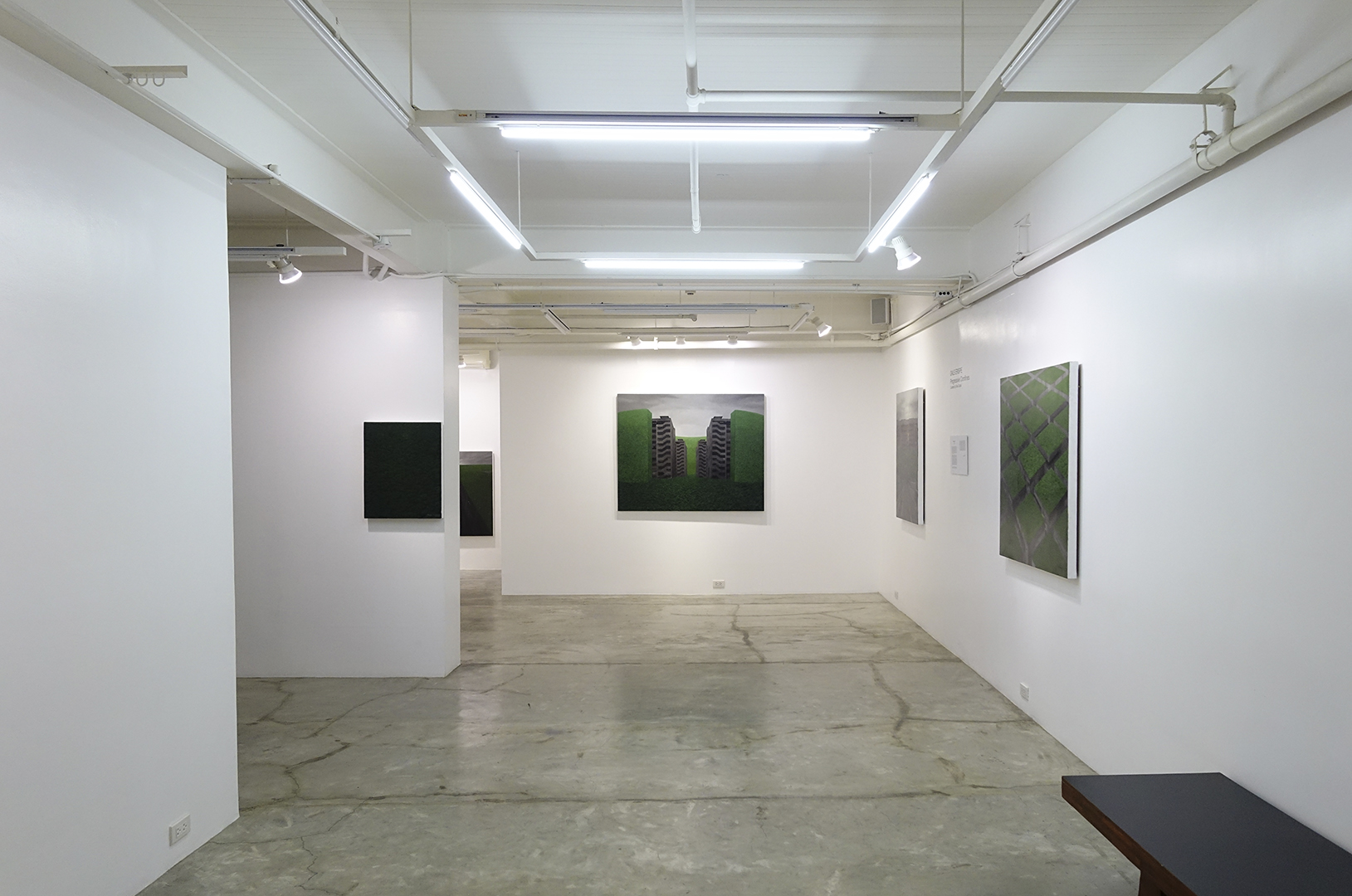 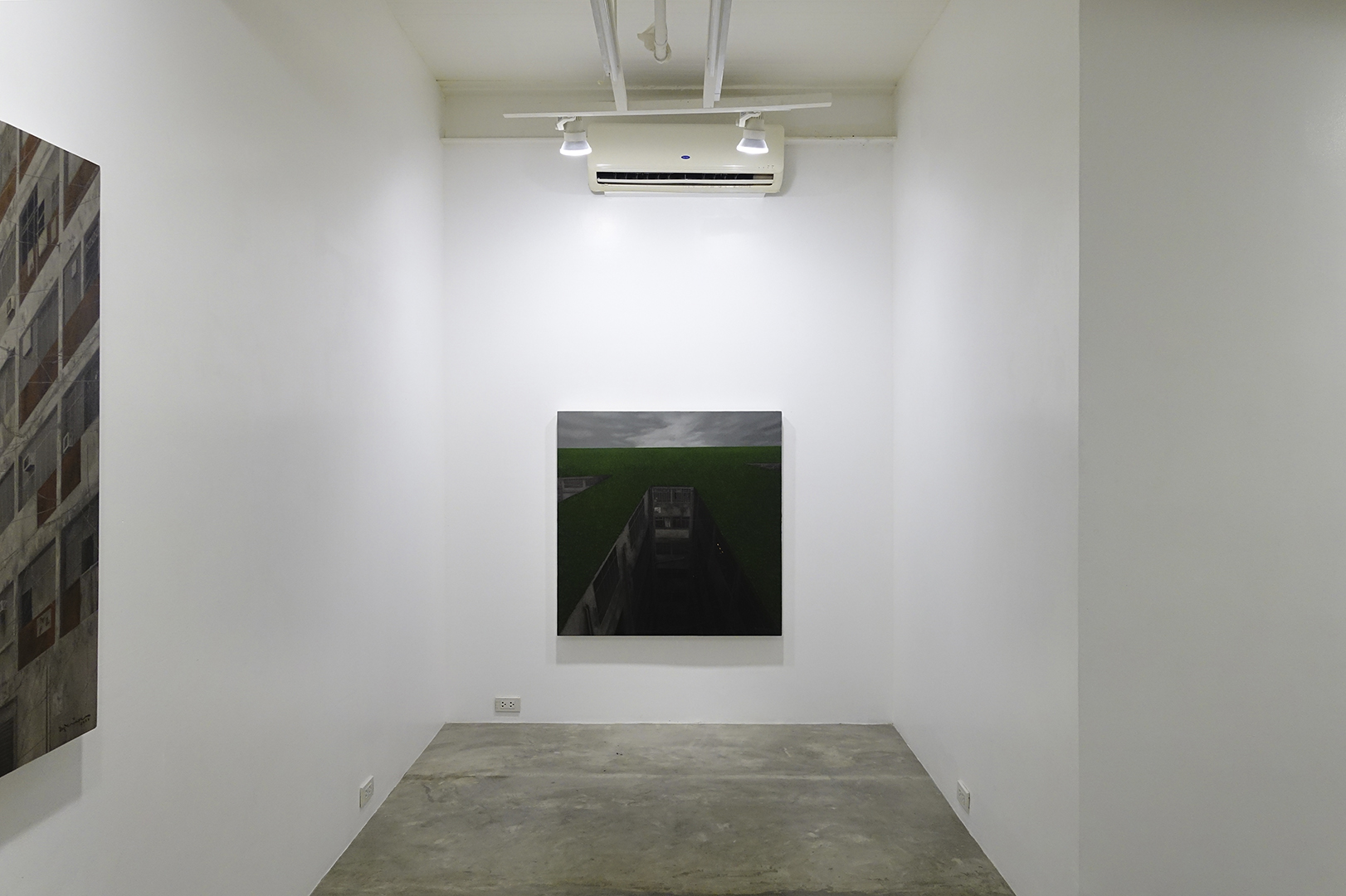 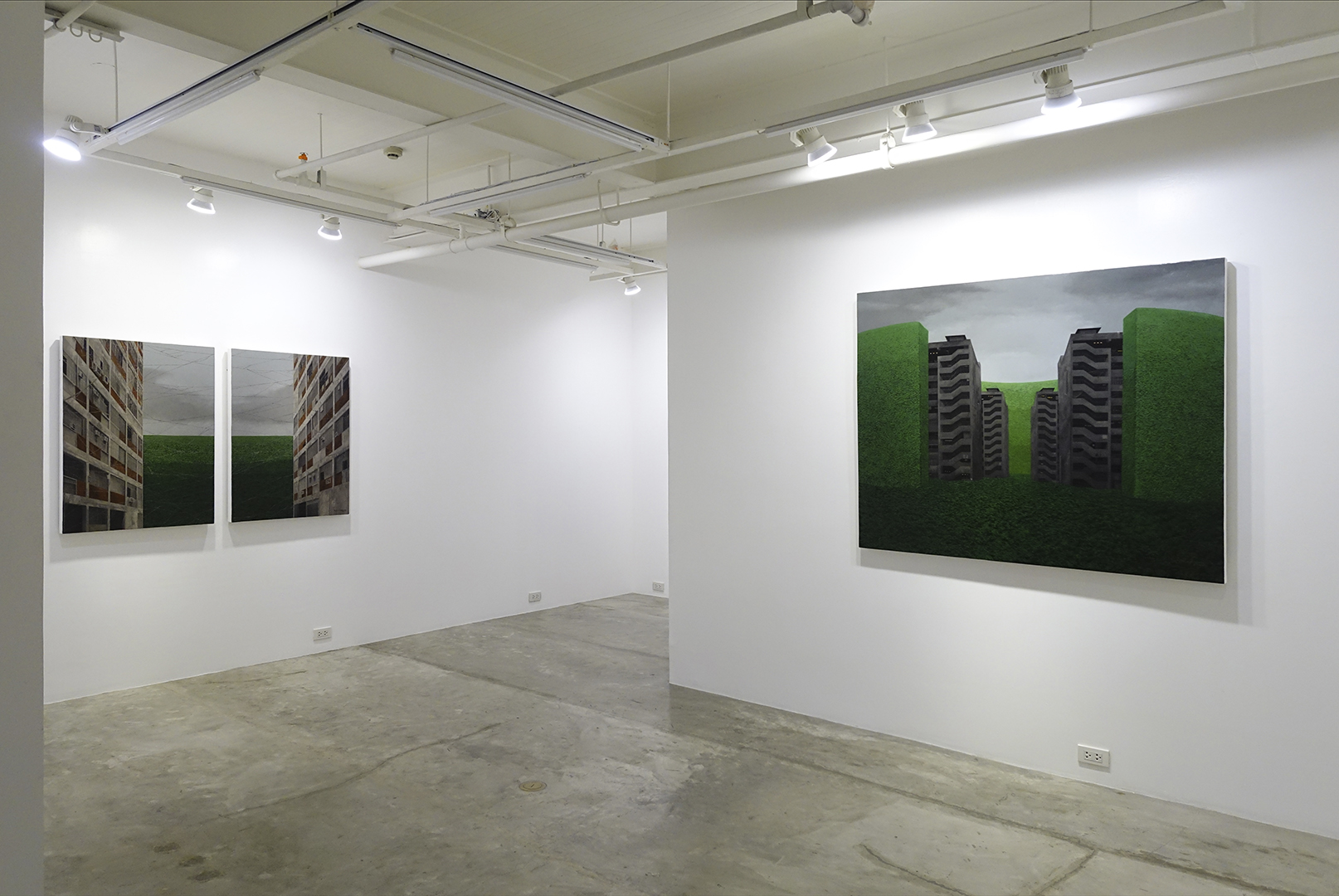 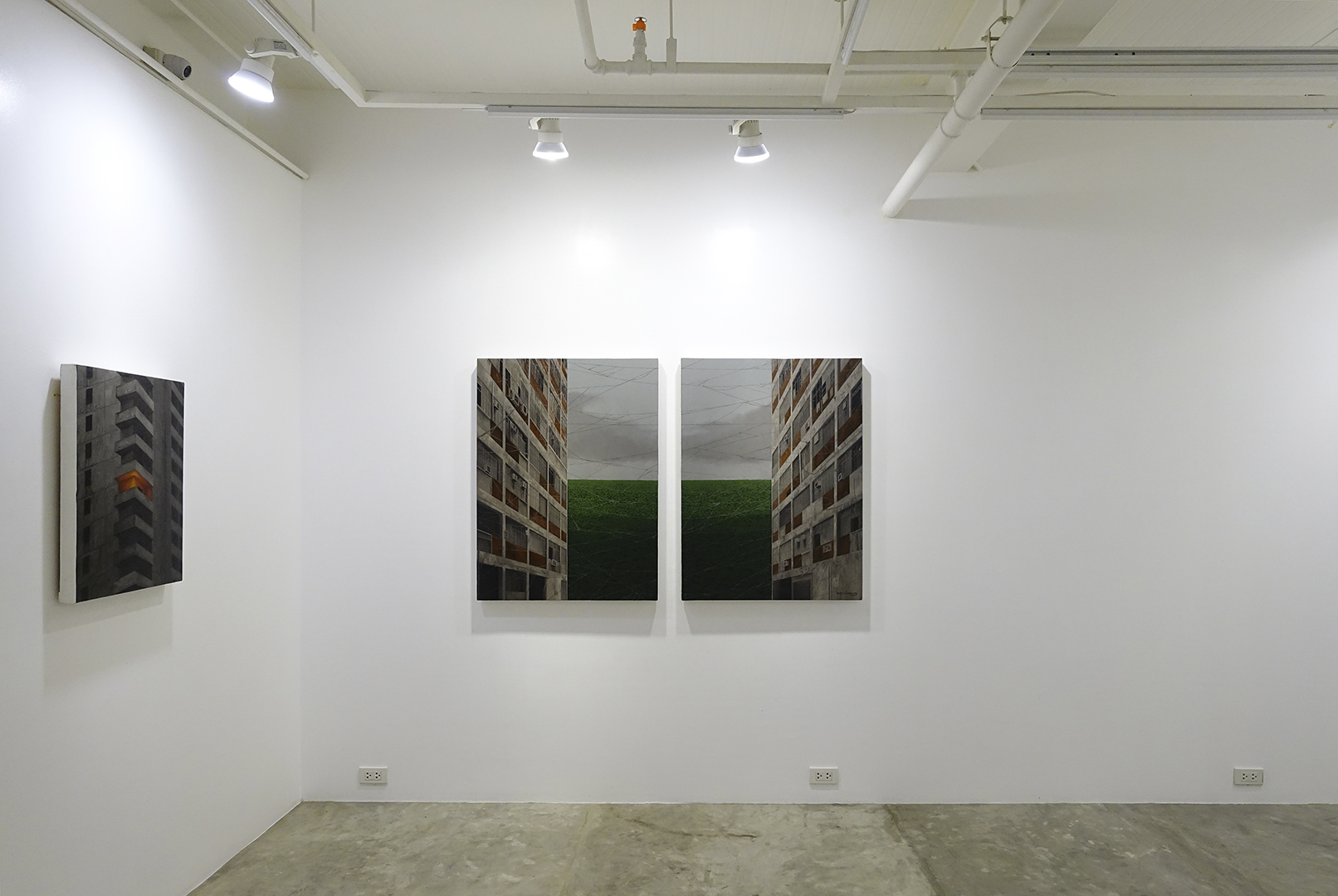 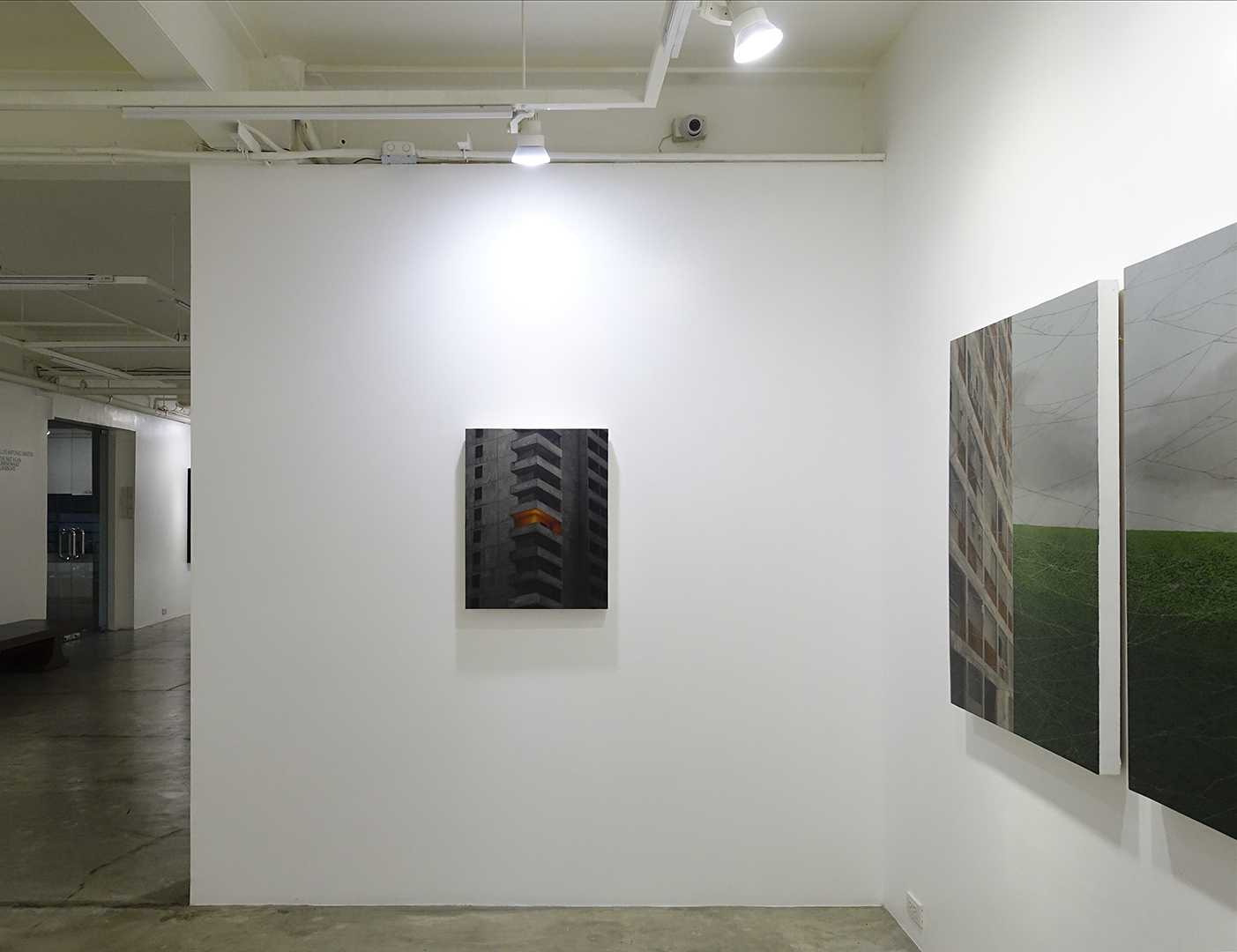 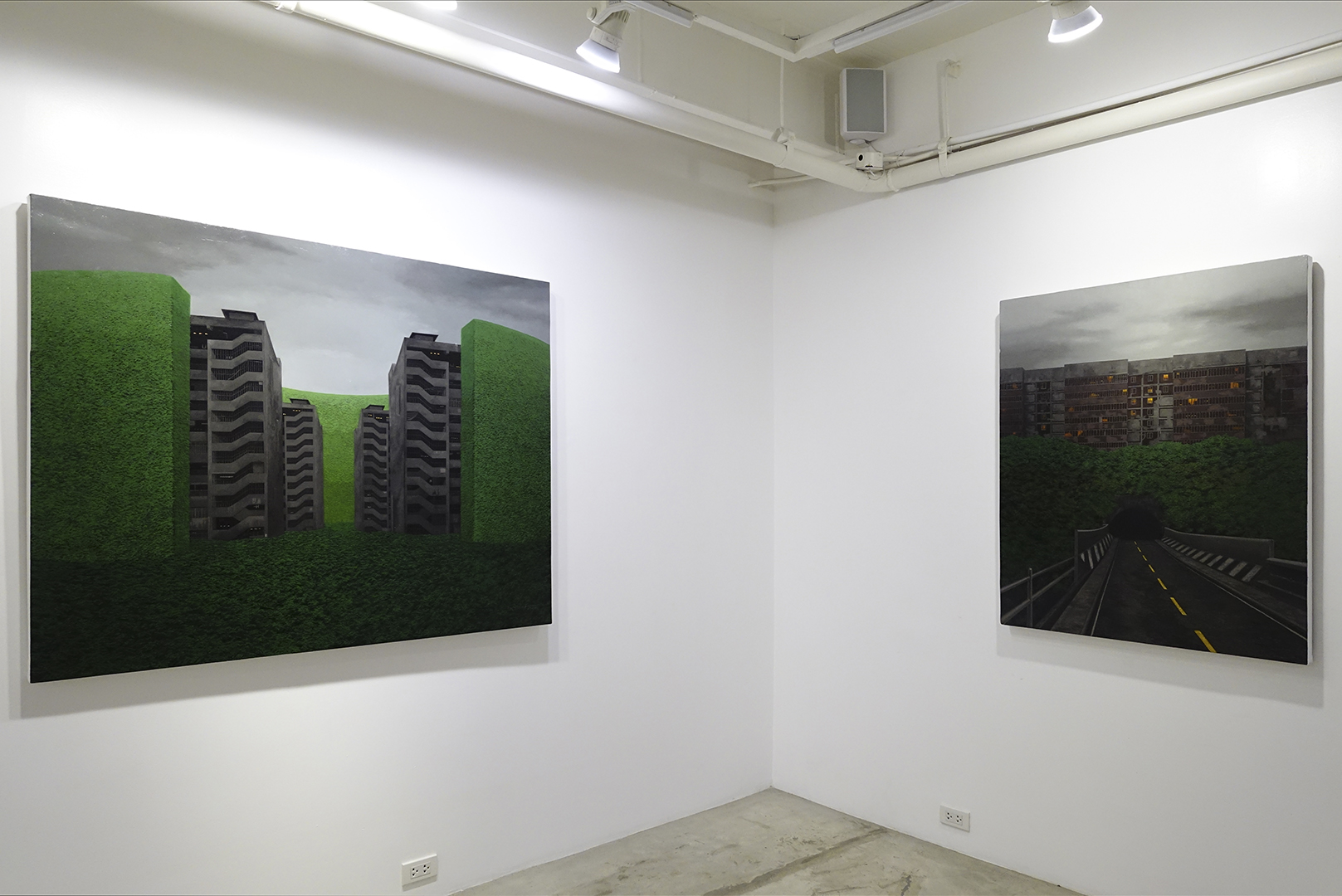 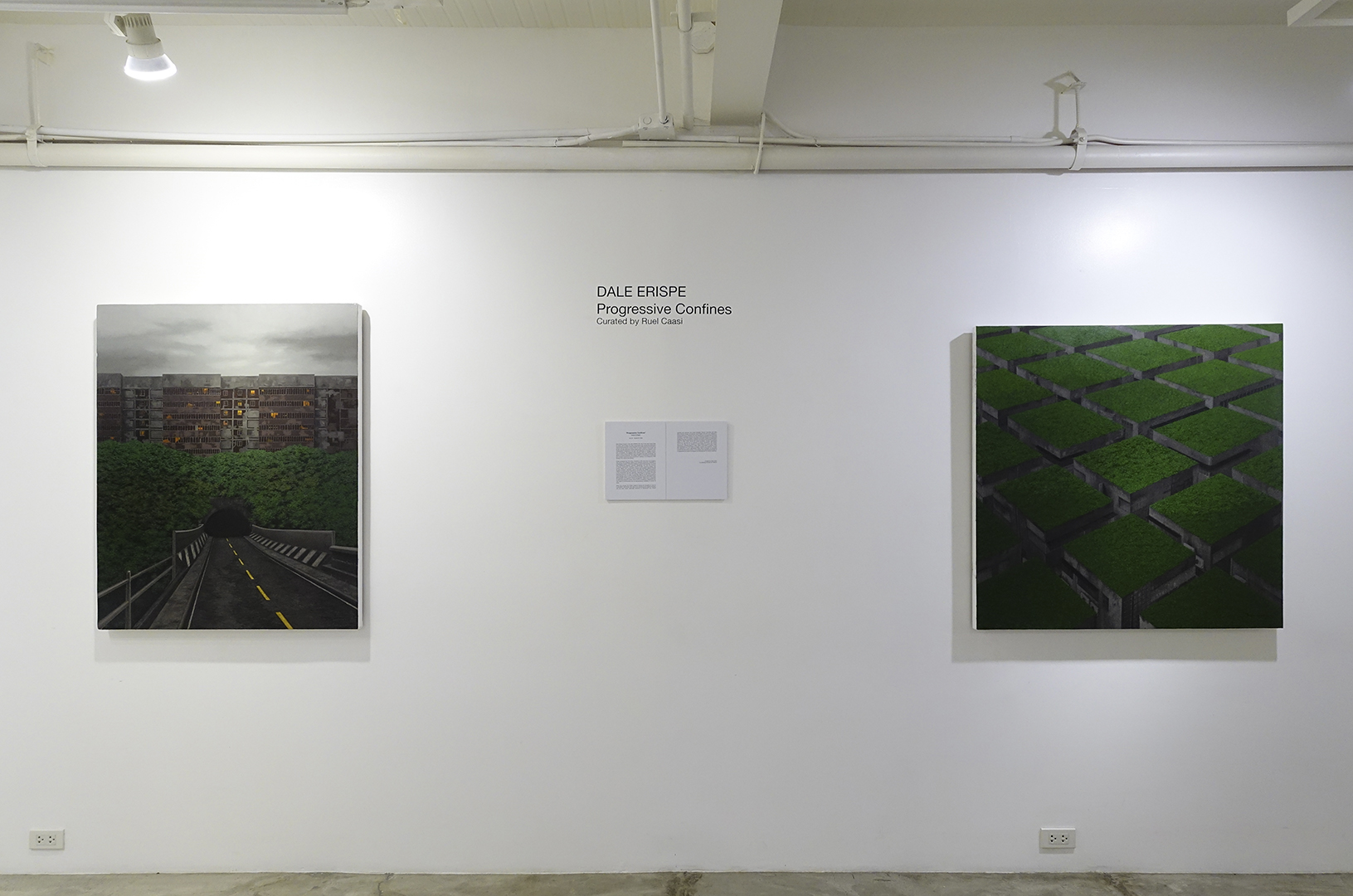 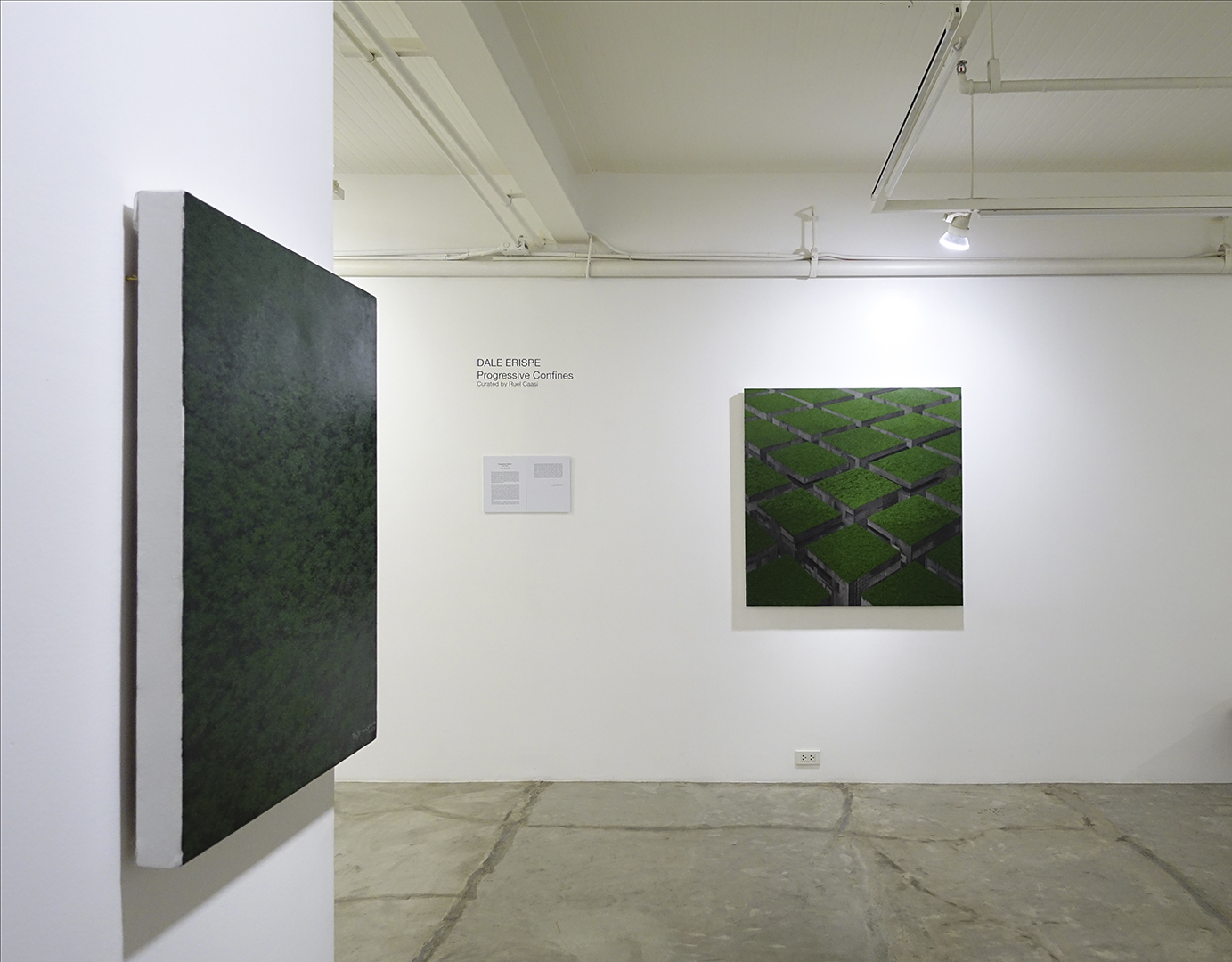 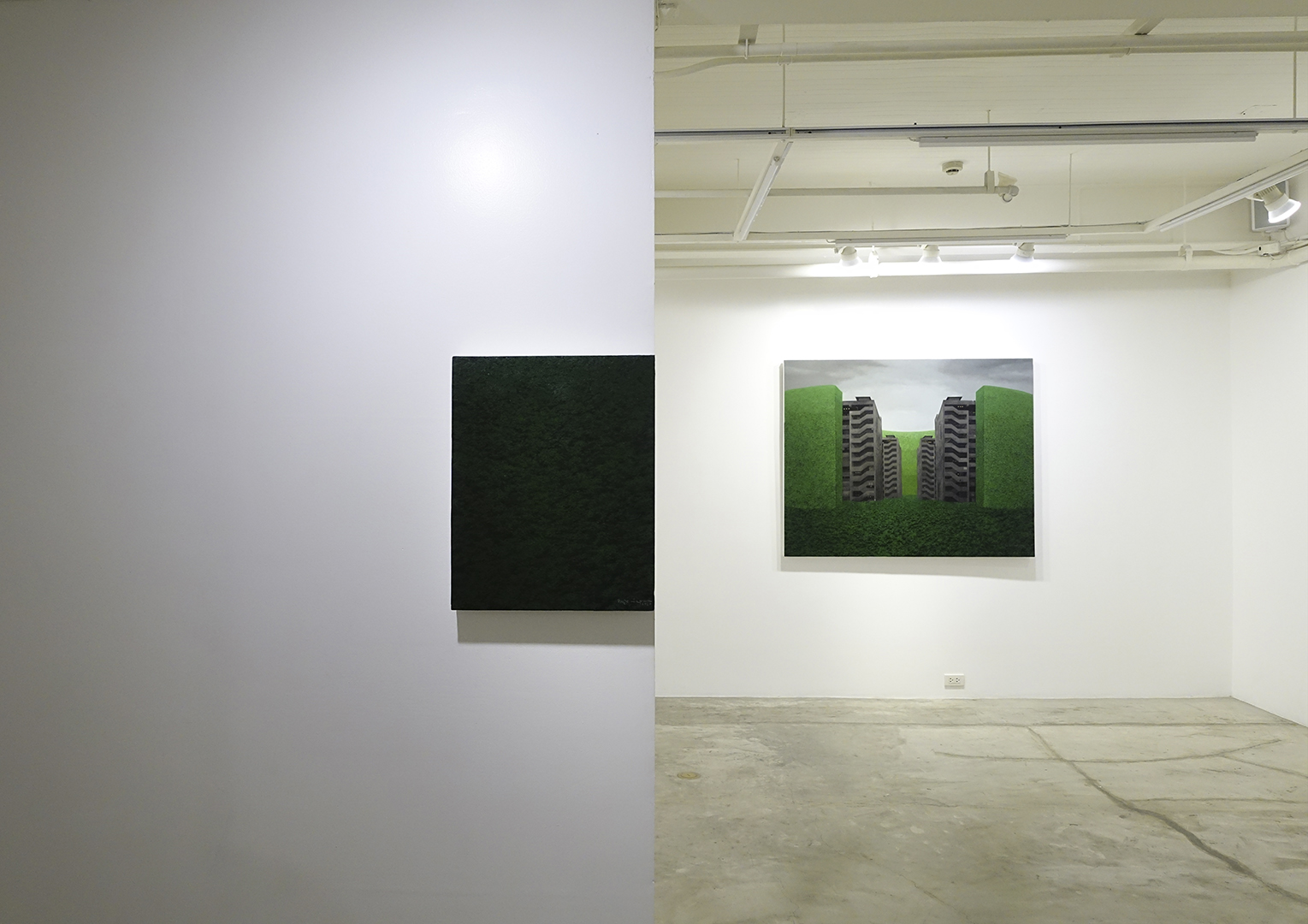