Gregor Samsa wakes up one morning transformed into a human-sized beetle. David Cronenberg, the director of the 1981 version of The Fly, makes an analogy of it, of waking up one day, not literally transformed into some gigantic bug, but rather as a decrepit old man nearing his twilight years. He makes such analogy on the eve of his 70th birthday, pondering morose yet didactically if such transformation is predicated on advanced chronological aging or merely the intoned implication of waking up to a “forced awareness ” of what one has become that is profound and irreversible, waking up to a new “mandatory reality where life does not continue as it did” before . ( The Beetle and The Fly by David Cronenberg, published January 2014 on The Paris Review)

Well 70 years is way past beyond the so-called midlife which is pegged between 40 to 50 years of age. And it’s deemed a prerequisite to undergo a so-called crisis at such a stage where it is expected that one has already attained substantial achievement on the road towards one’s self actualization via an established career and a stable homestead, that it would just be a smooth ride away towards a weekly-picnic-by-the-beach retirement.

But this had been confounded already by Jesse Bering, in a Scientific American article (published in 2011) where he has concluded that such a crisis is really more of a “social script”, we may have them mainly because we think we ought to.”

Carl Jung , maintains however, that ” midlife is the key to individuation, a process of self-actualization and self-awareness that contains many potential paradoxes”. Although not particularly ascribing to midlife crisis per se, he iterates the midlife as the “integration of thinking, sensation, feeling and intuition that could lead to confusion about one’s life to date and one’s goals.” That what one has thought for himself which ought to happen is delayed or deemed unattainable by the current circumstances.

As artists, confusion is material that gets transformed into works in several attempts to map these out, attempts that consume an entire lifetime, thus the eternal lust for life, as Romeo Lee succinctly belts it out : ” I can’t get no satisfaction! ”

The works featured hence, are not entirely of and about life and death, nor direct meditations on mortality, but are rather continuing themes/concerns from their own individual practice: Soler with his abstract compositions mingling with decaying flora, Lee with his fanciful portraits of people and creatures in his made-up universe as stand-ins or comic exagerrations of real-life personas he meets everyday, Tan with his paintings of collaged debris of mass produced images that are iterations of the layered interfaces of meaning and form, and Ocampo’s parlaying of iconography in the discourse of pathological pathos in the tenuous realm of the banal and the transcendental. These may well account as synecdochial glimpses of their immediate reality, with no further need for obsessional laboring at perfection, for there is only a need to rise and wake up from a million hang overs and be human, and pray, not as beetles nor as flies. 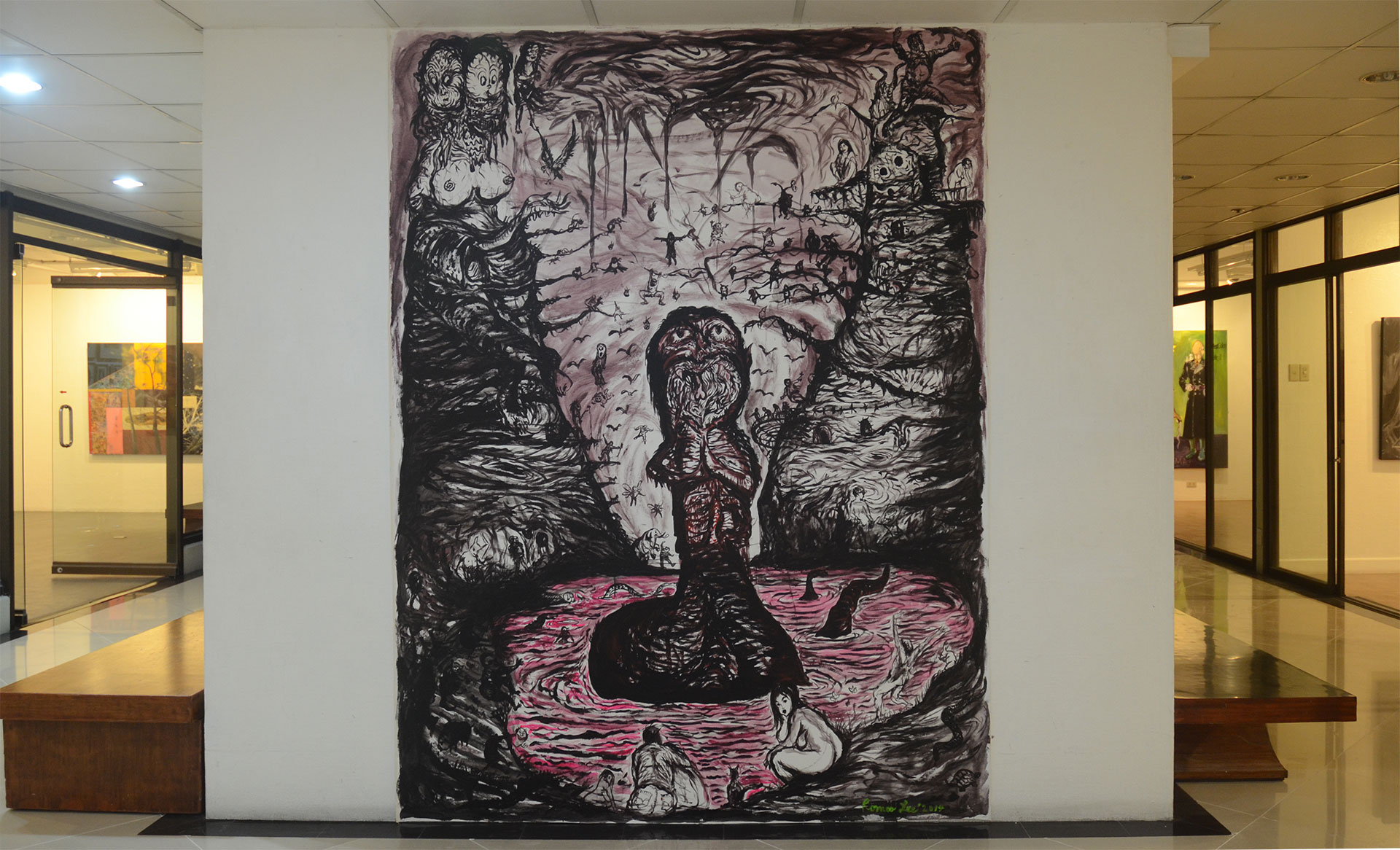 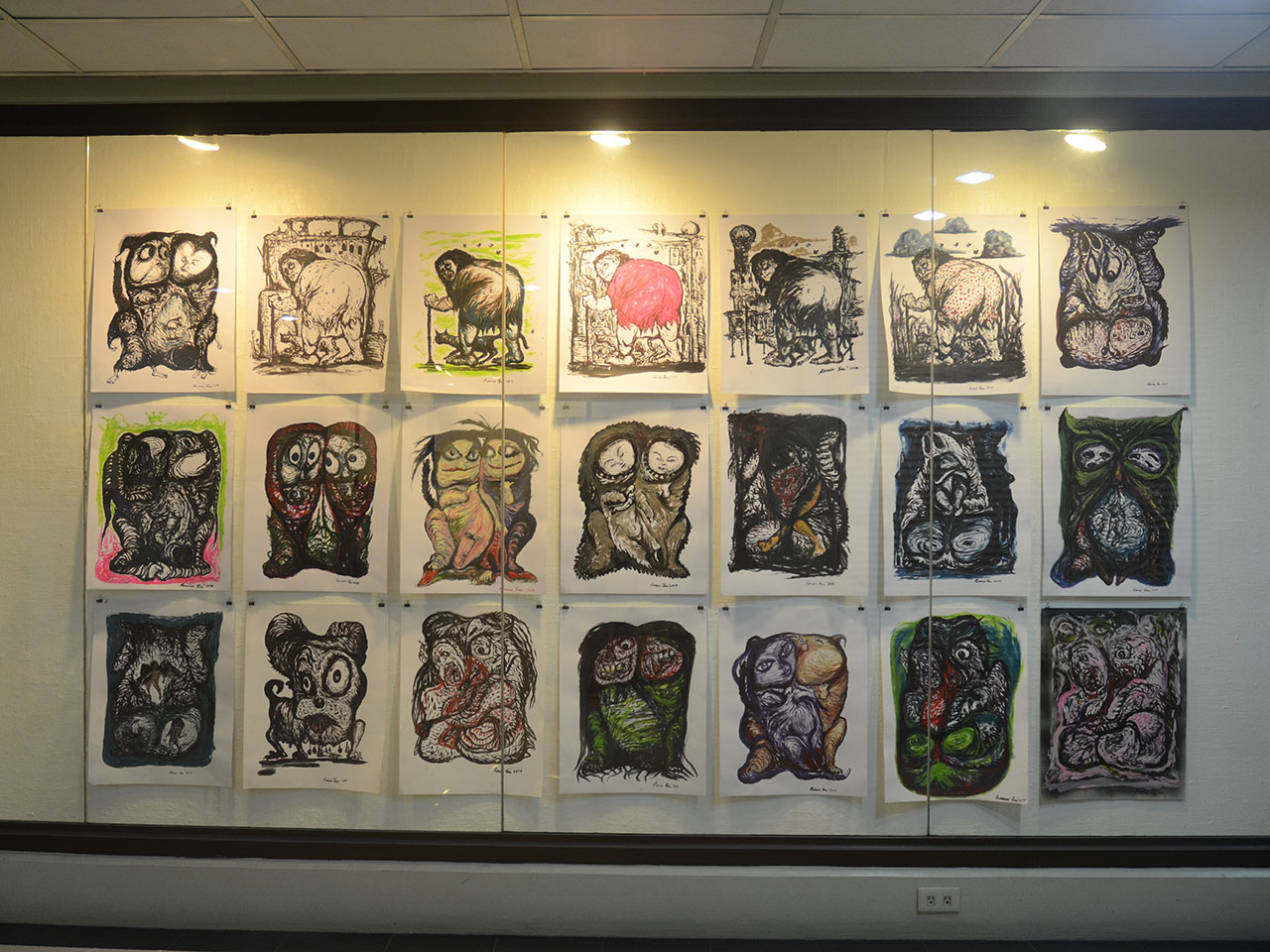 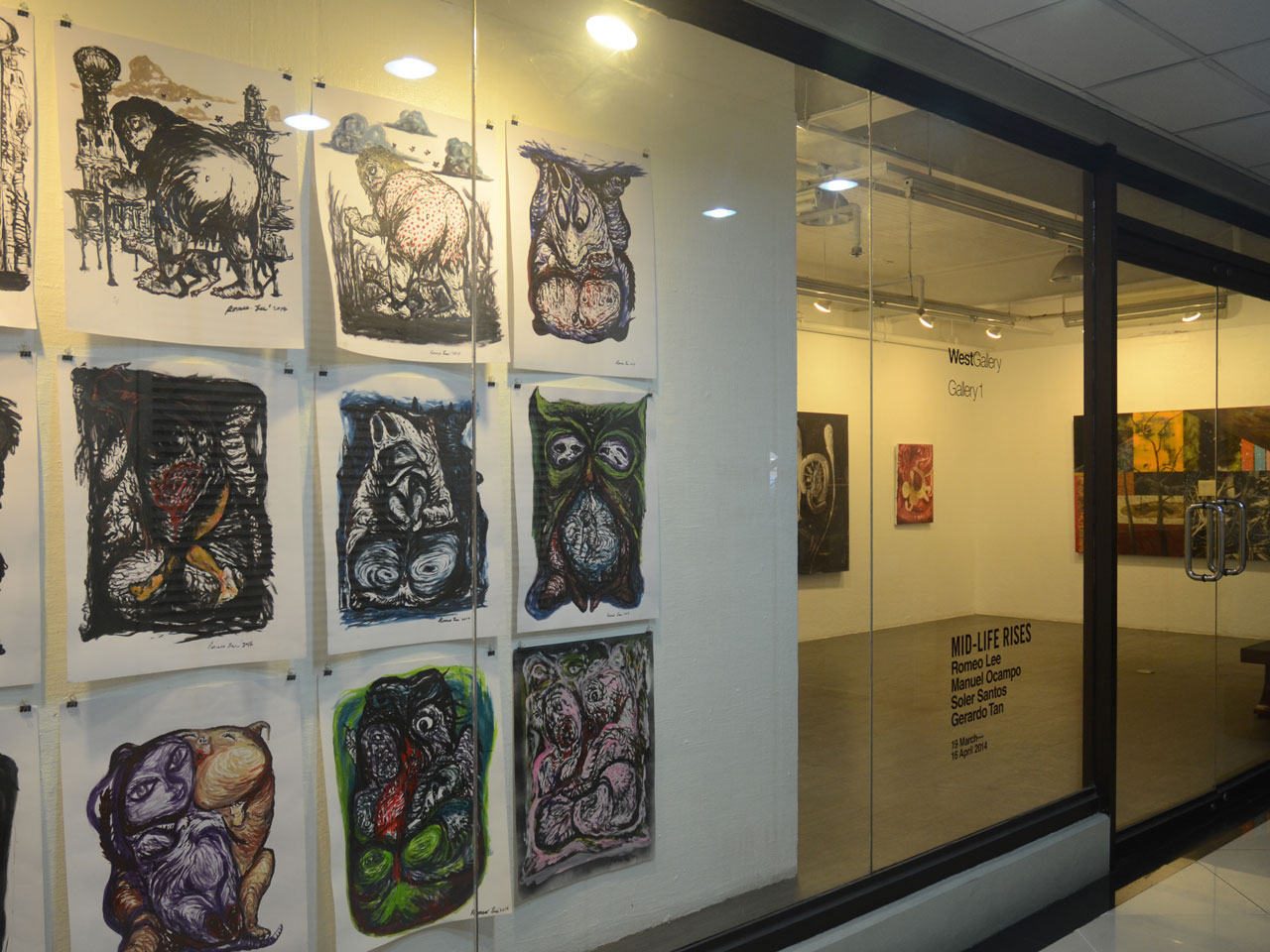 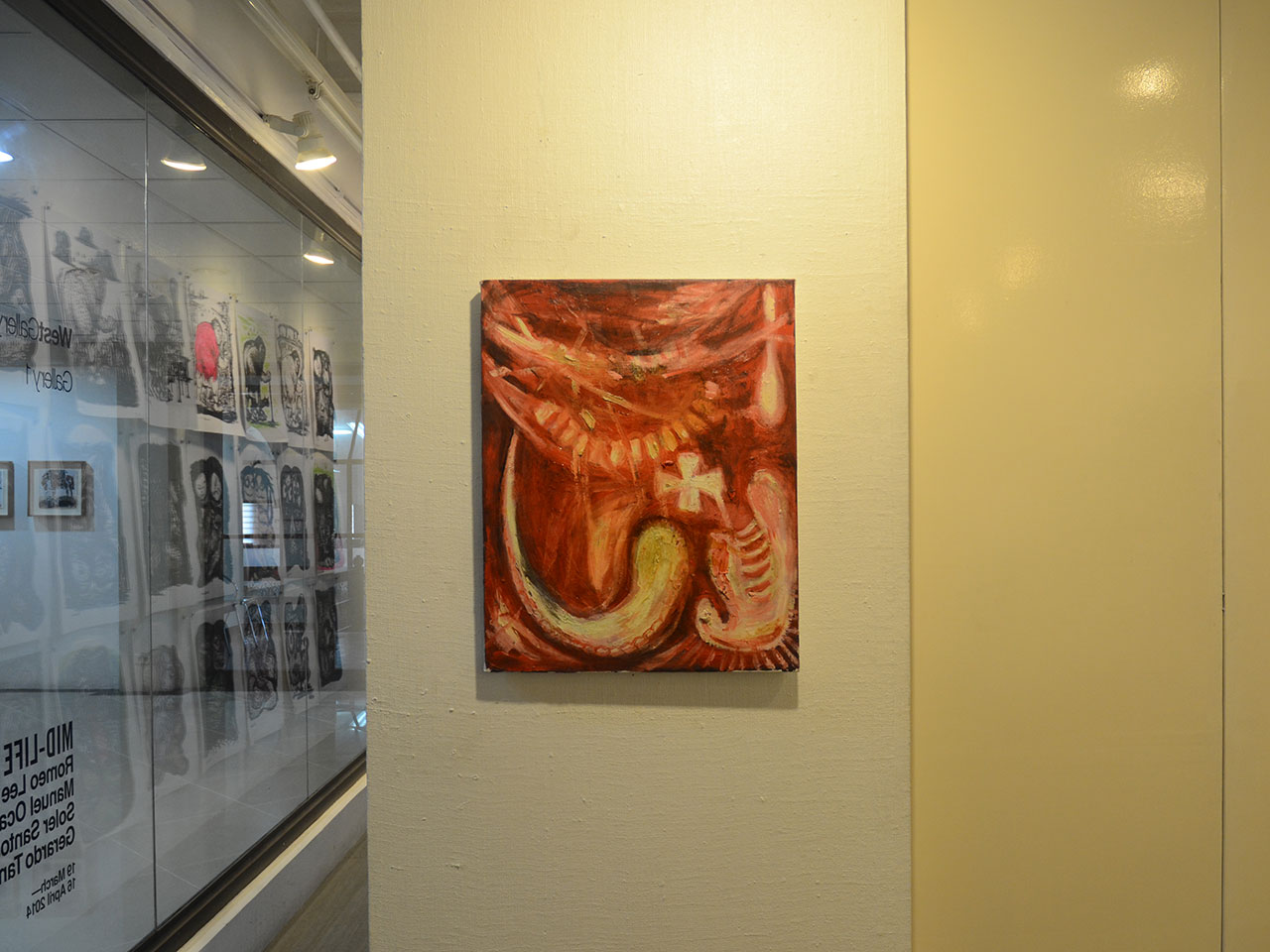 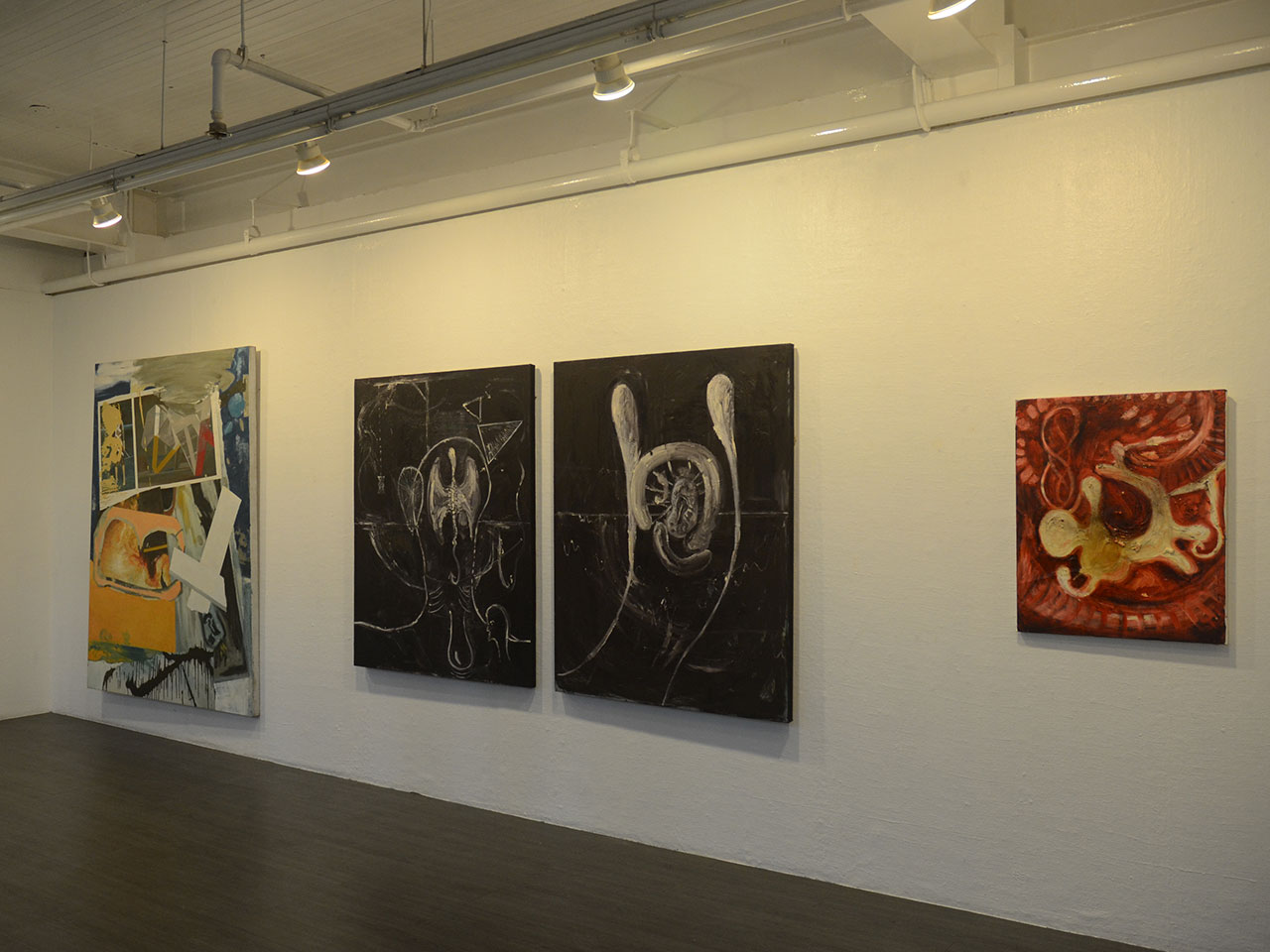 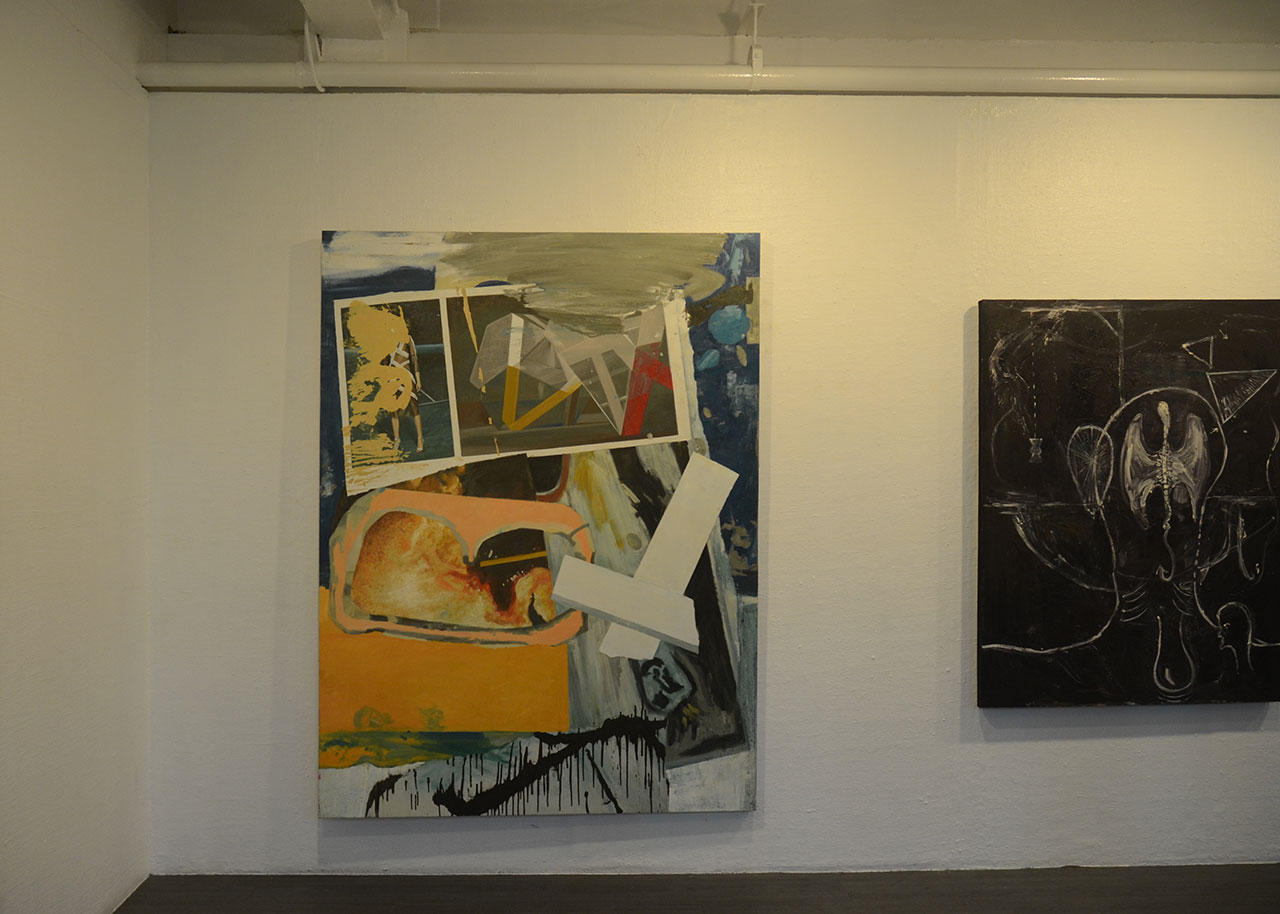 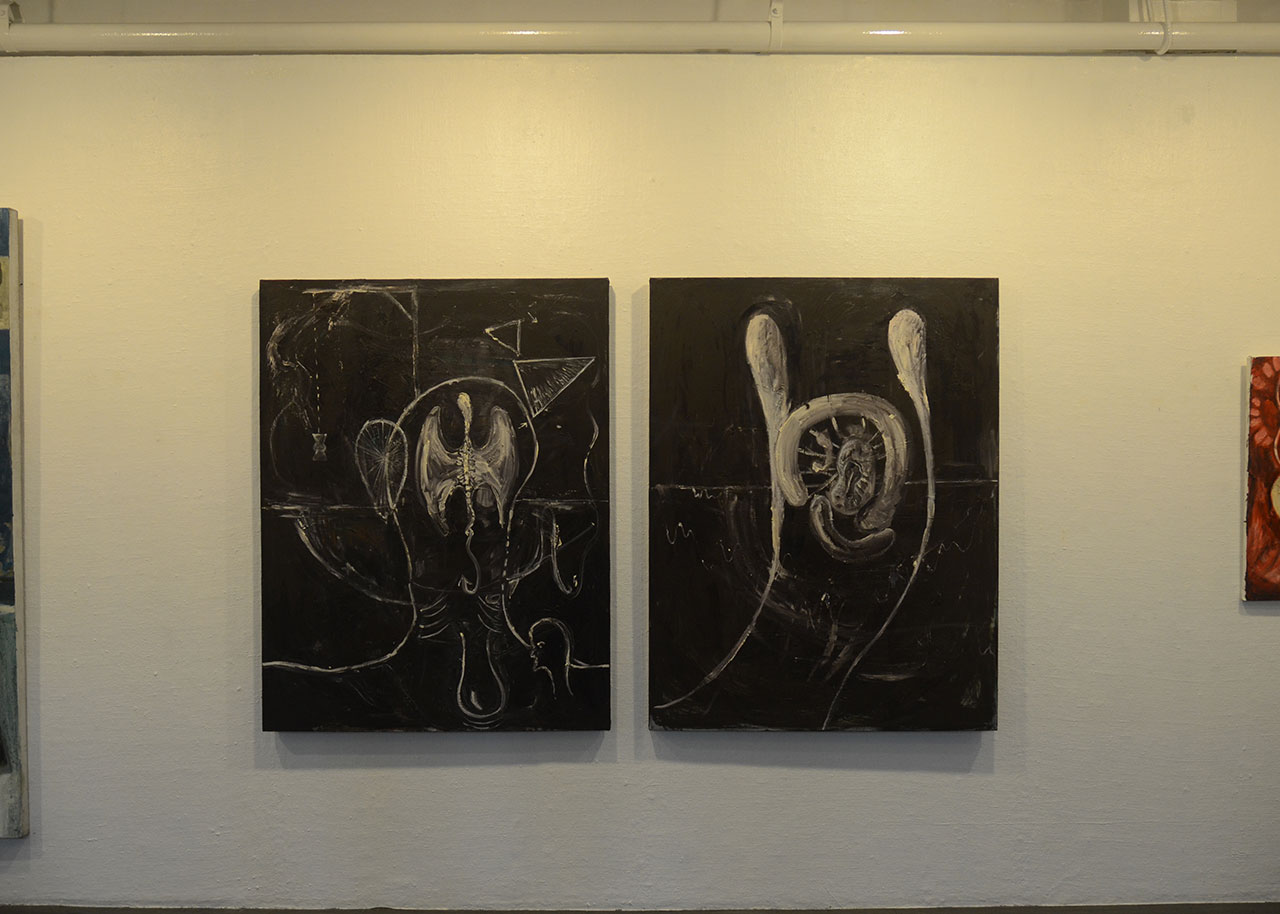 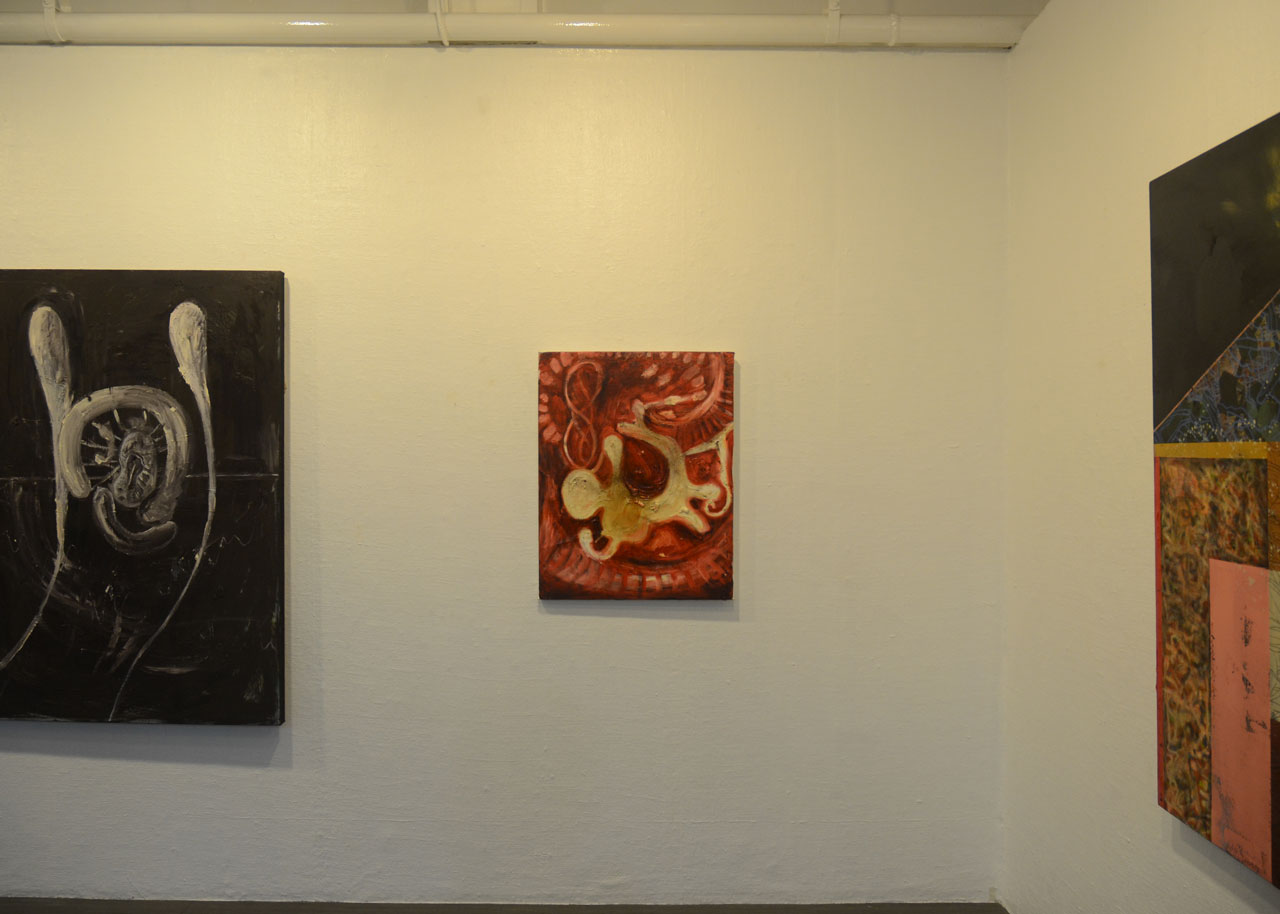 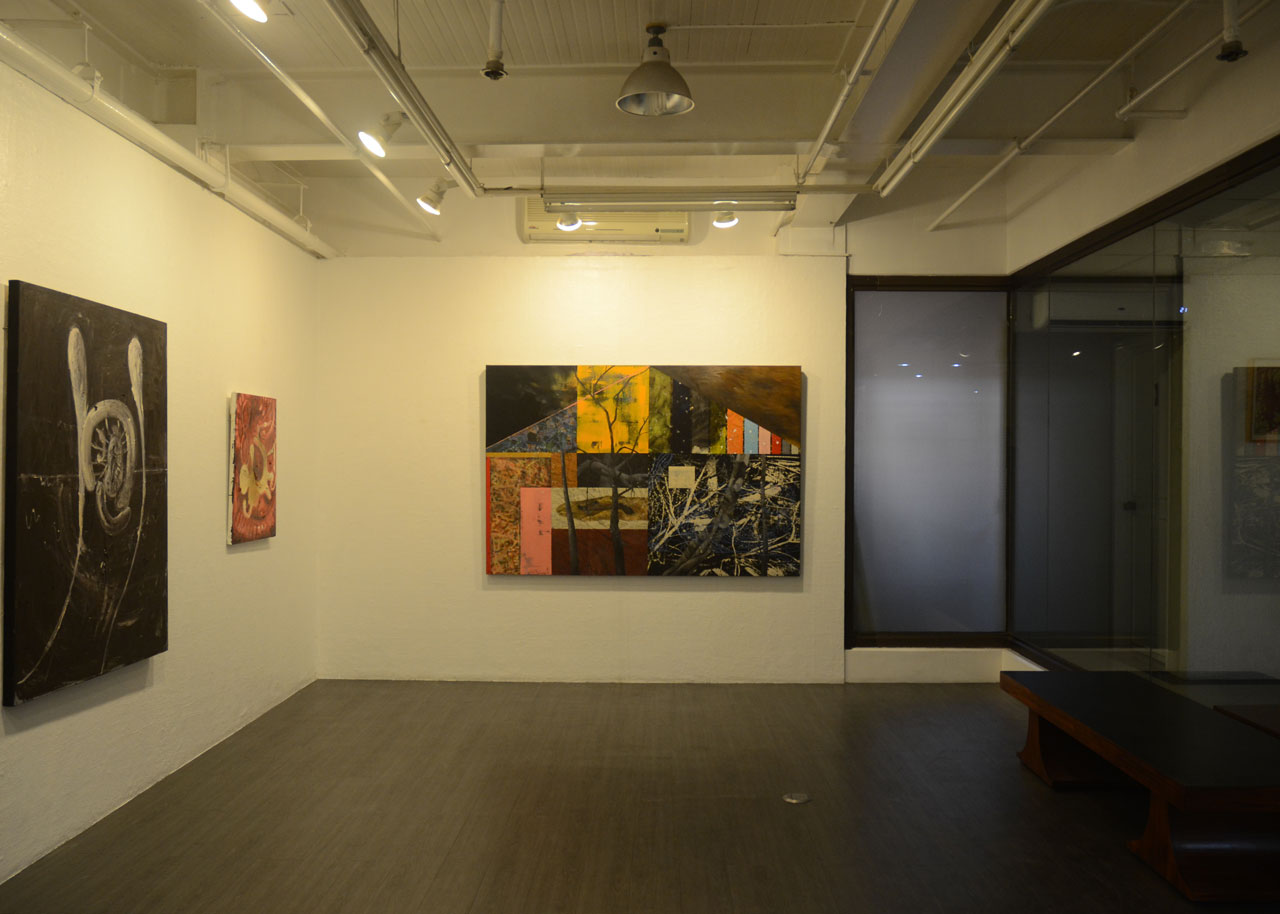 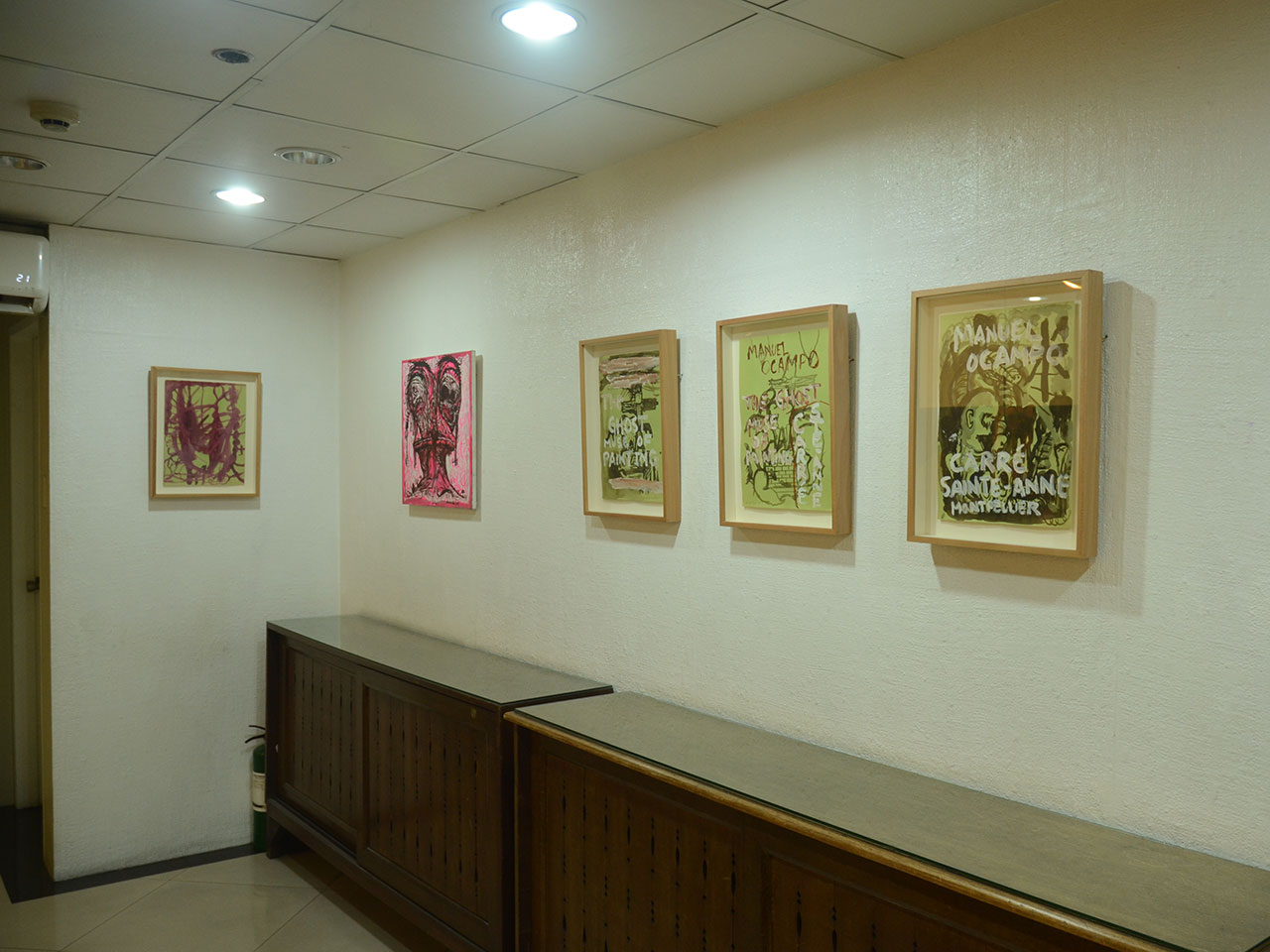 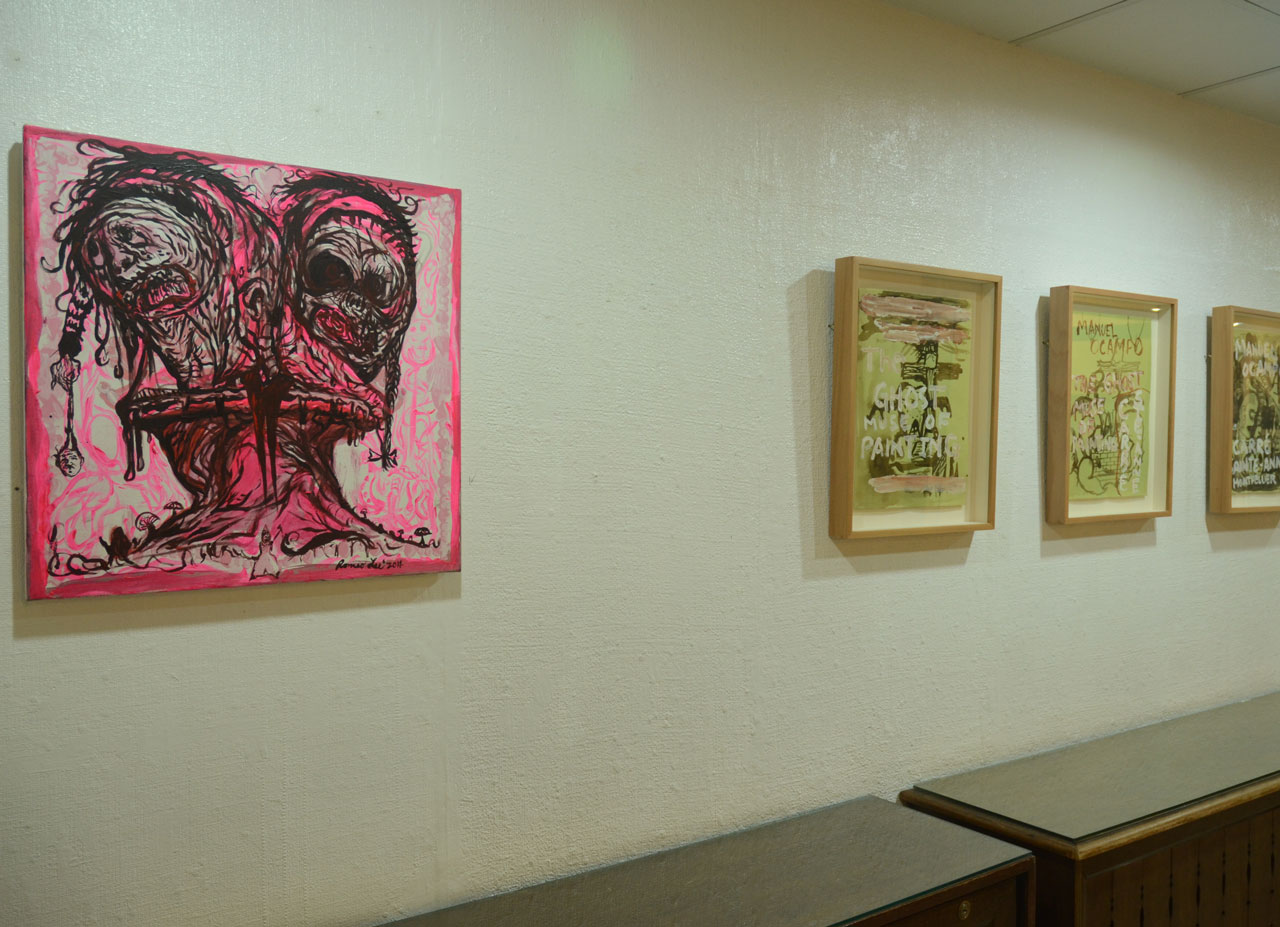 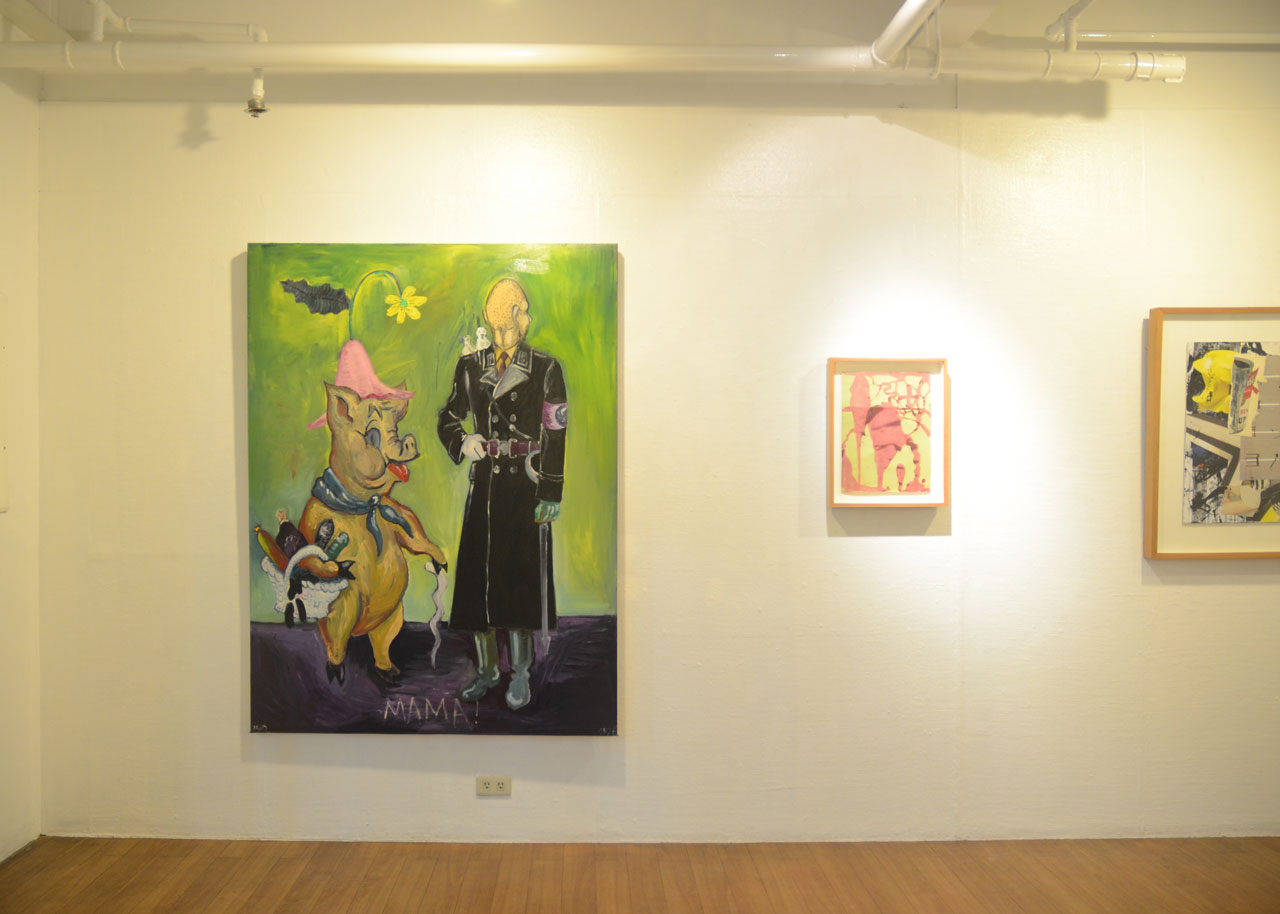 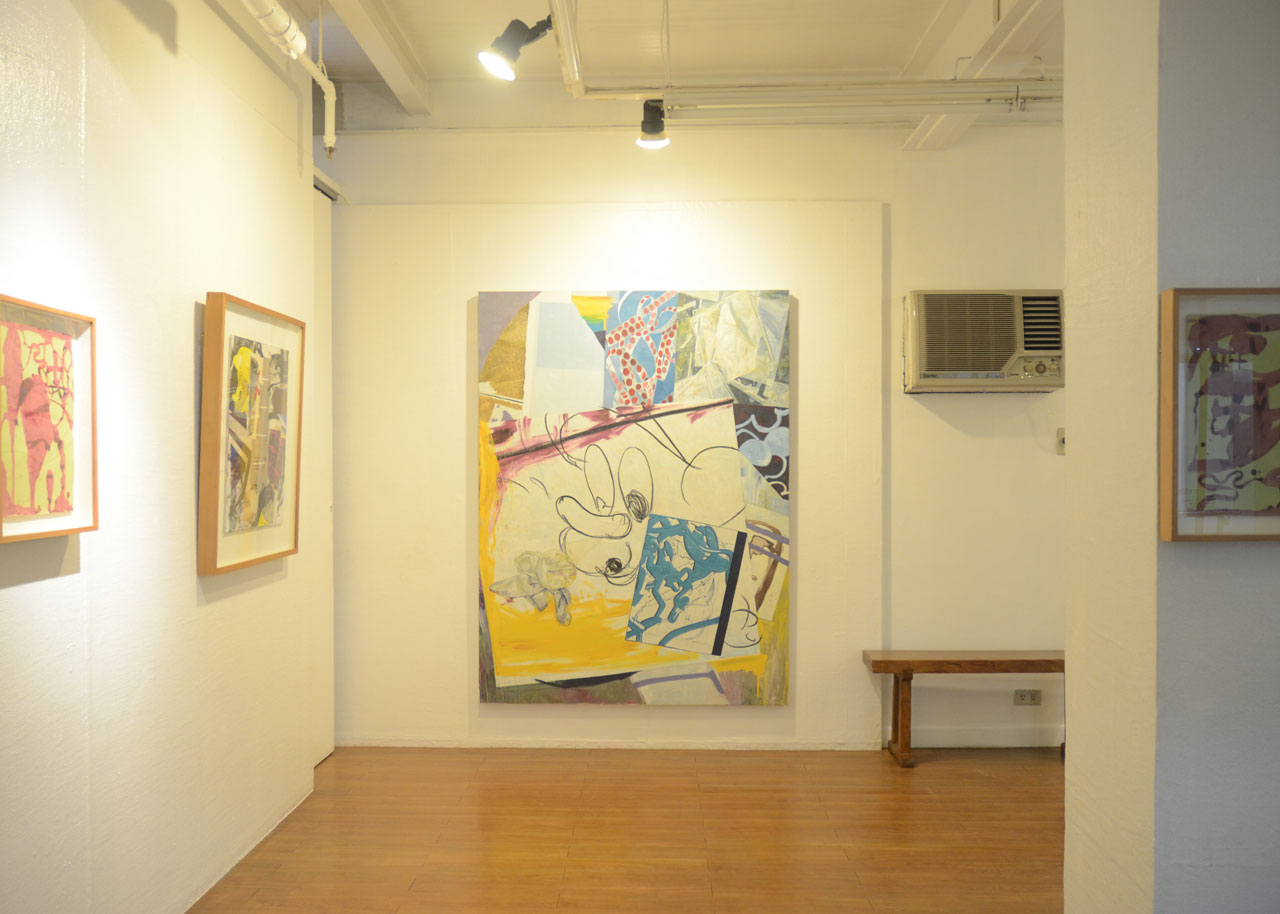 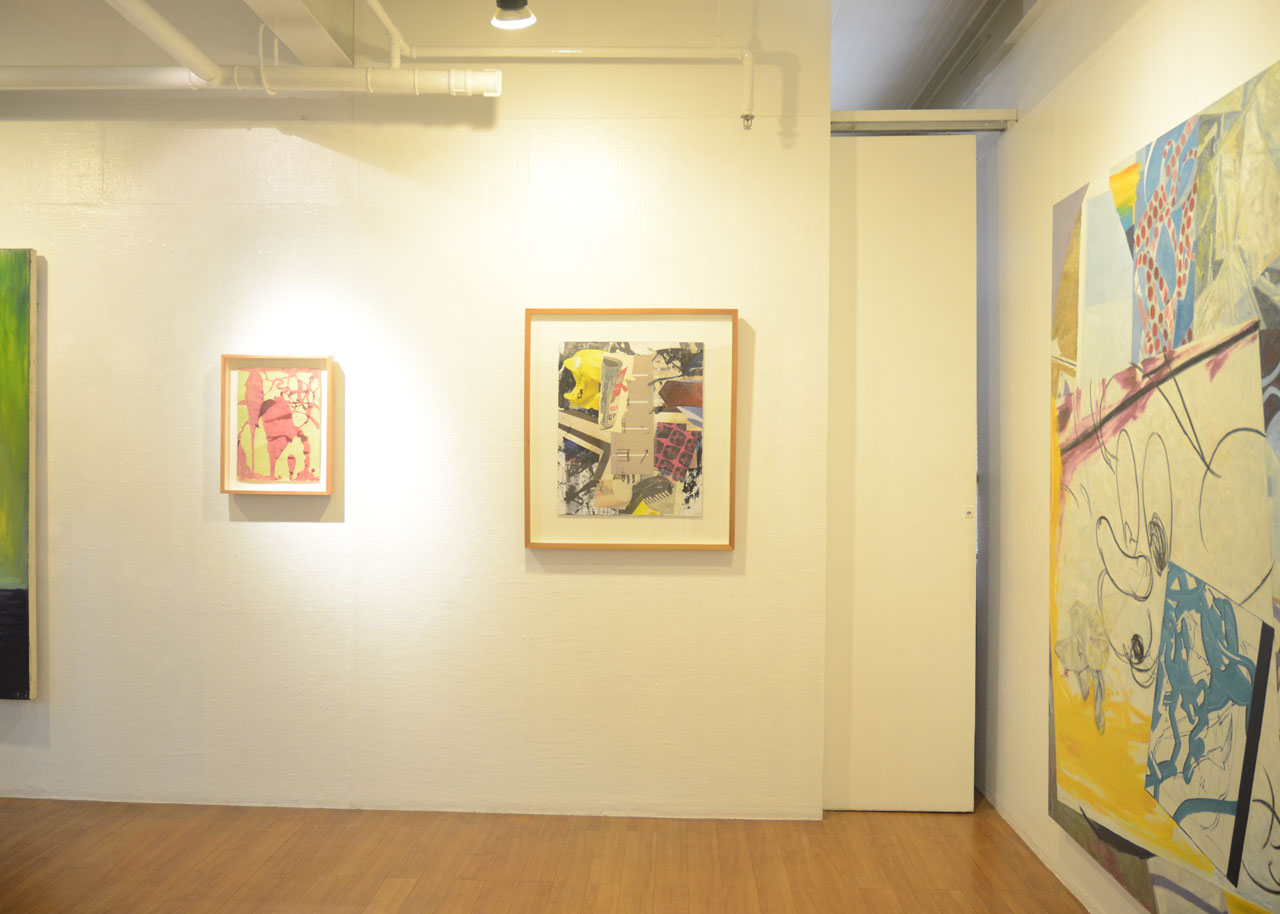 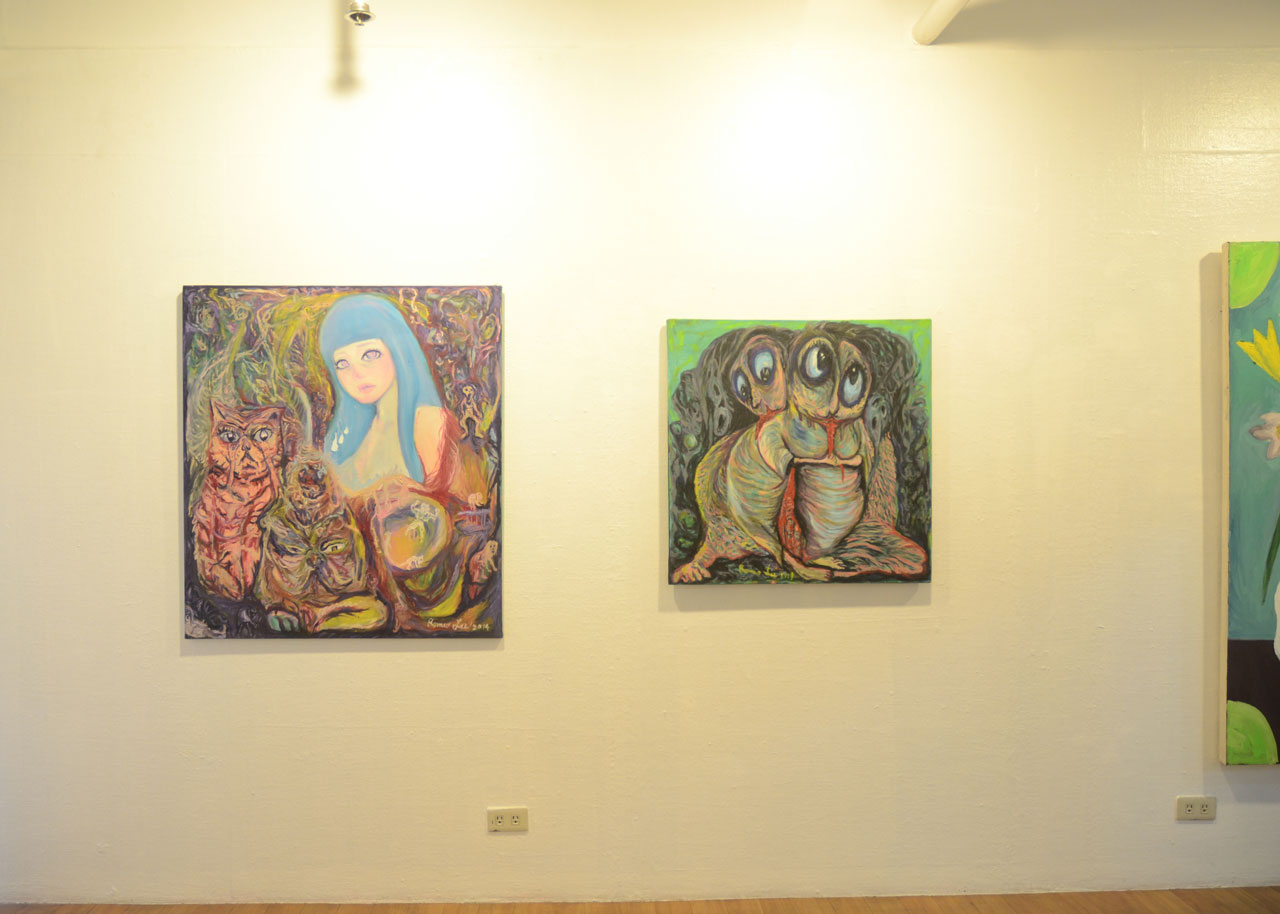 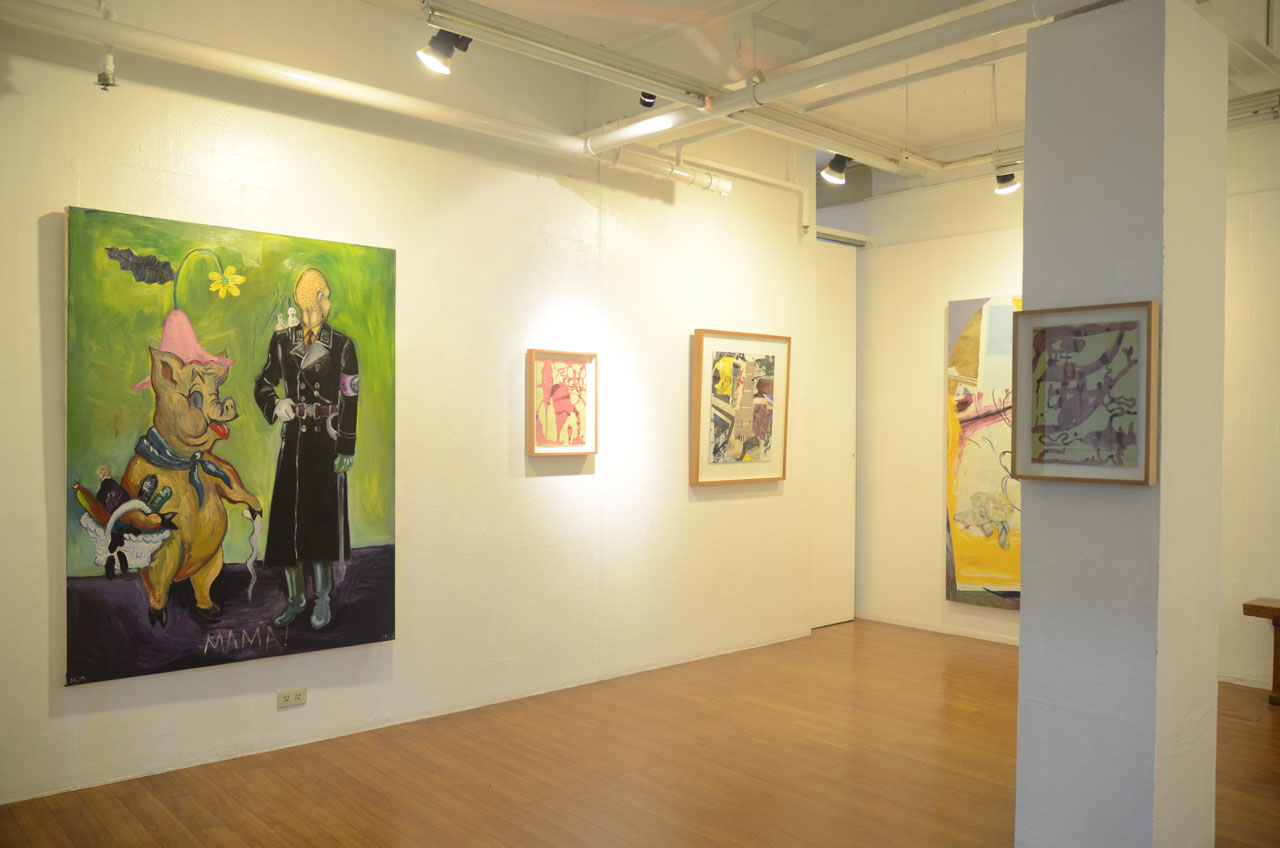 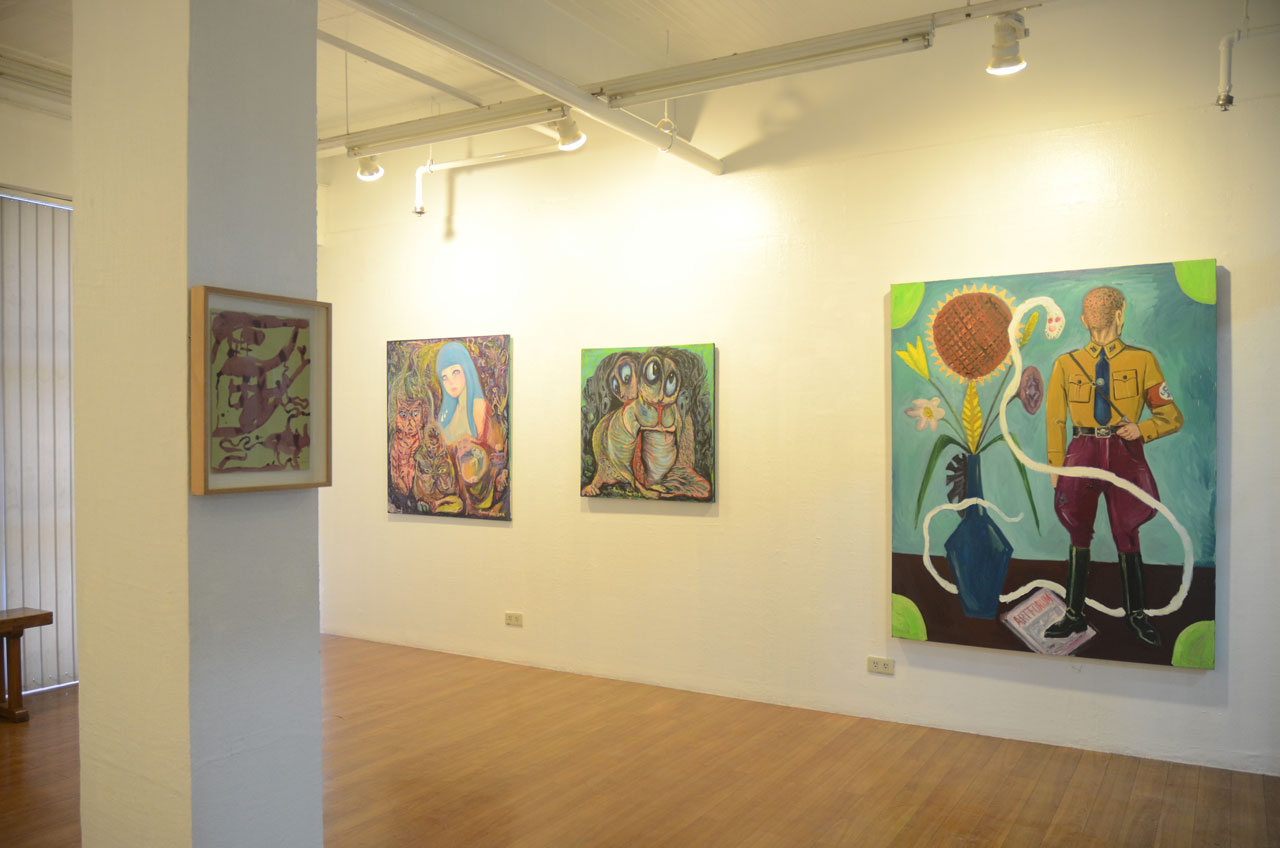 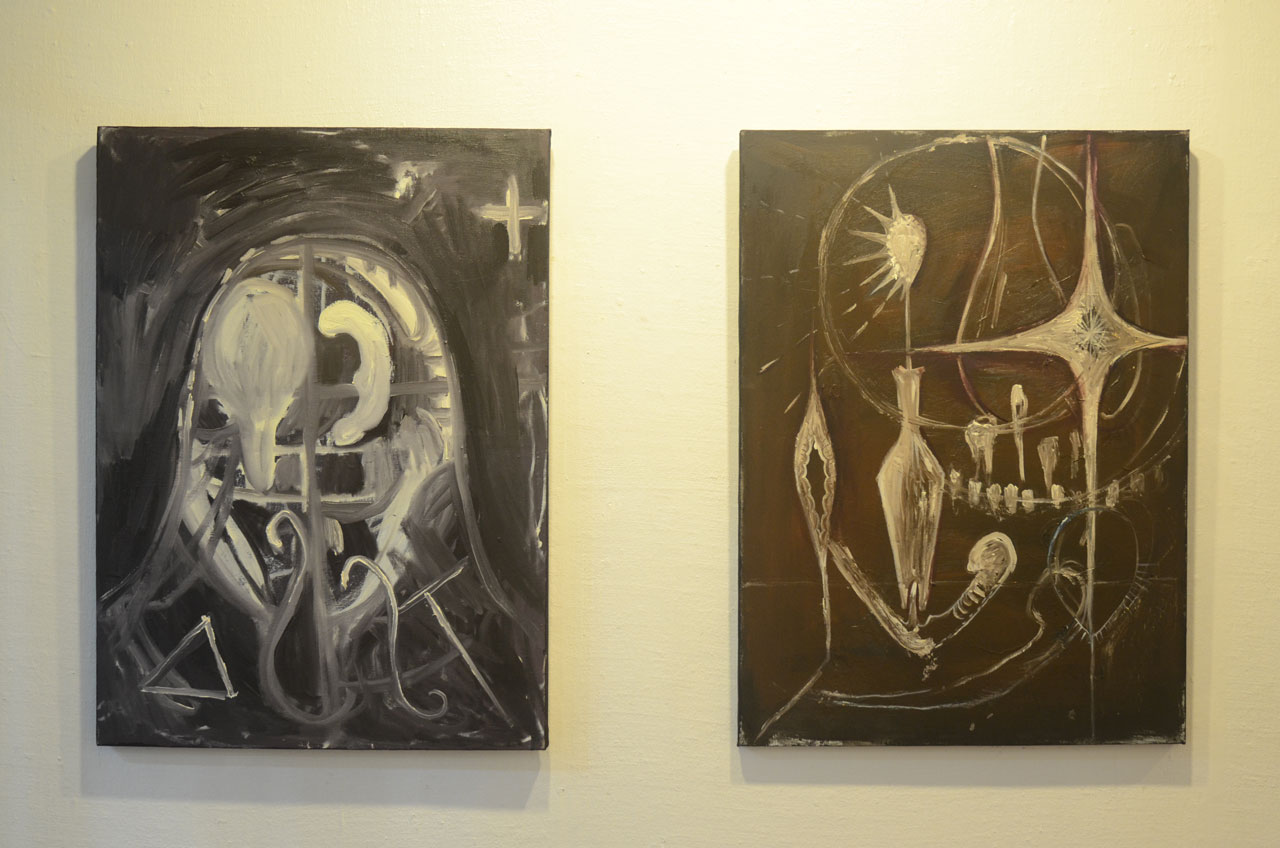 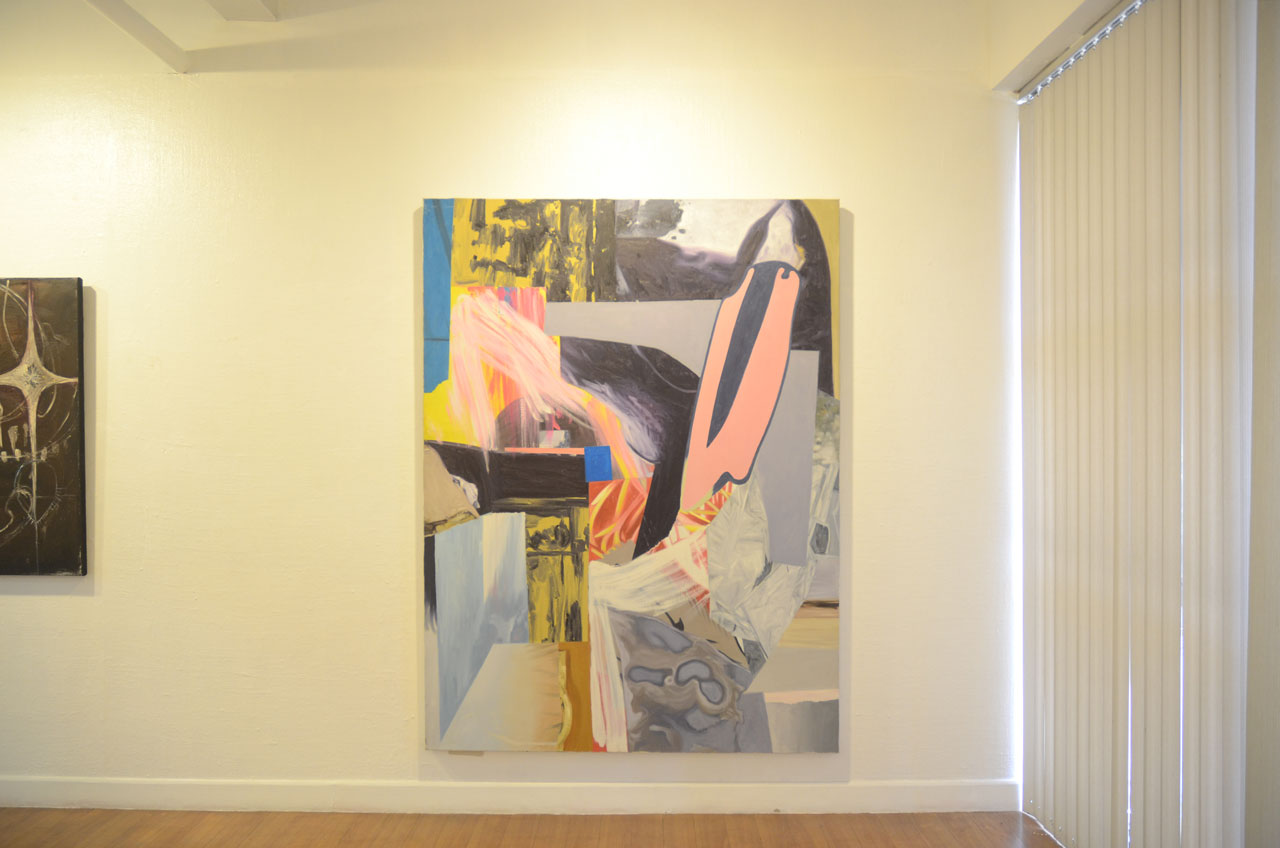 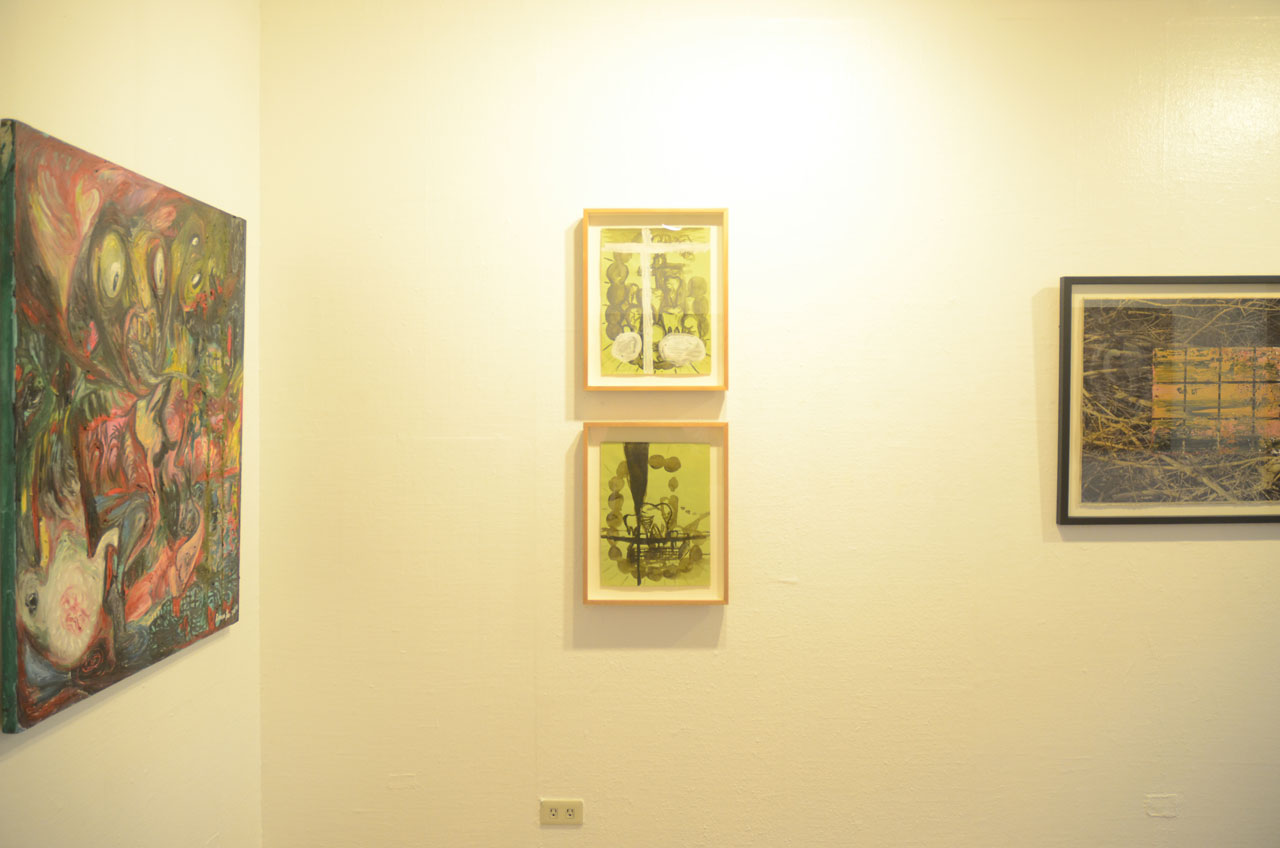 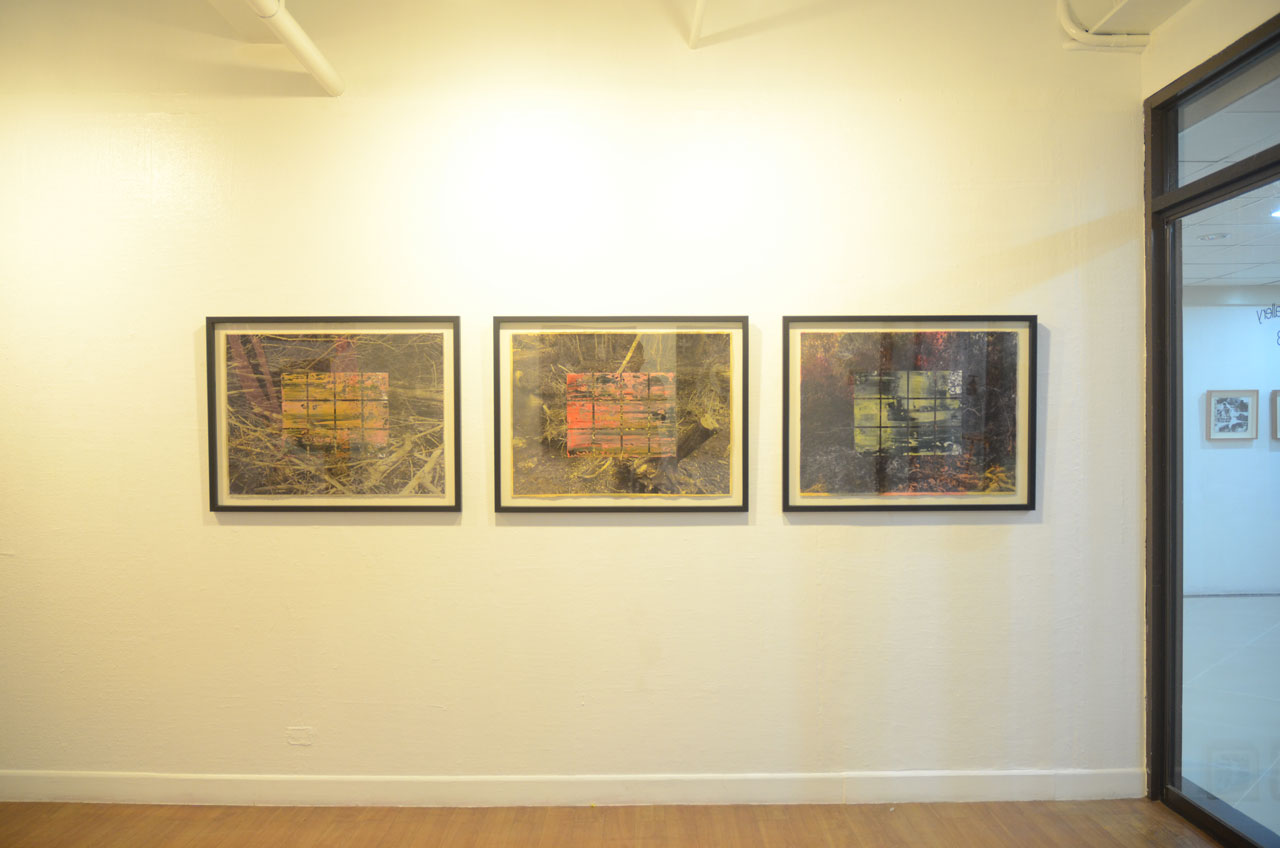 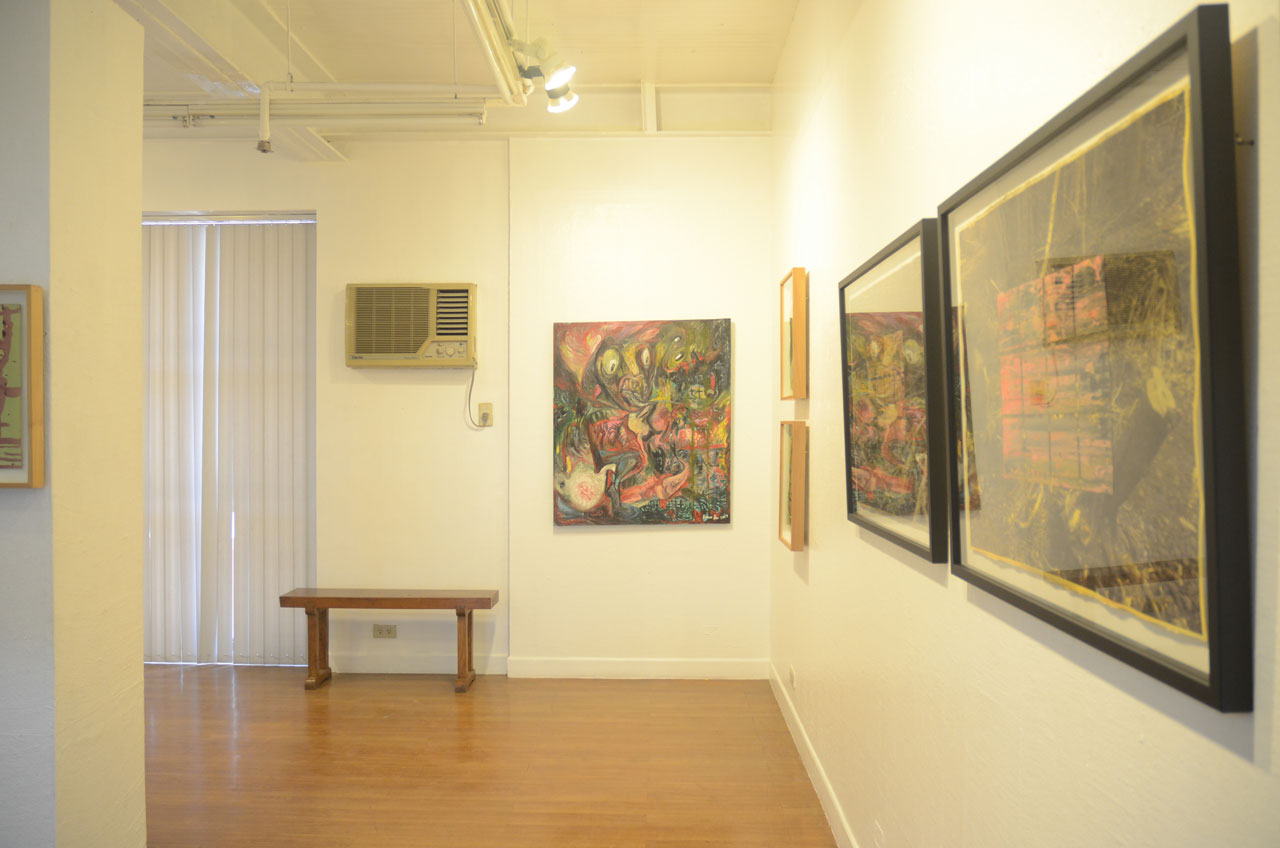 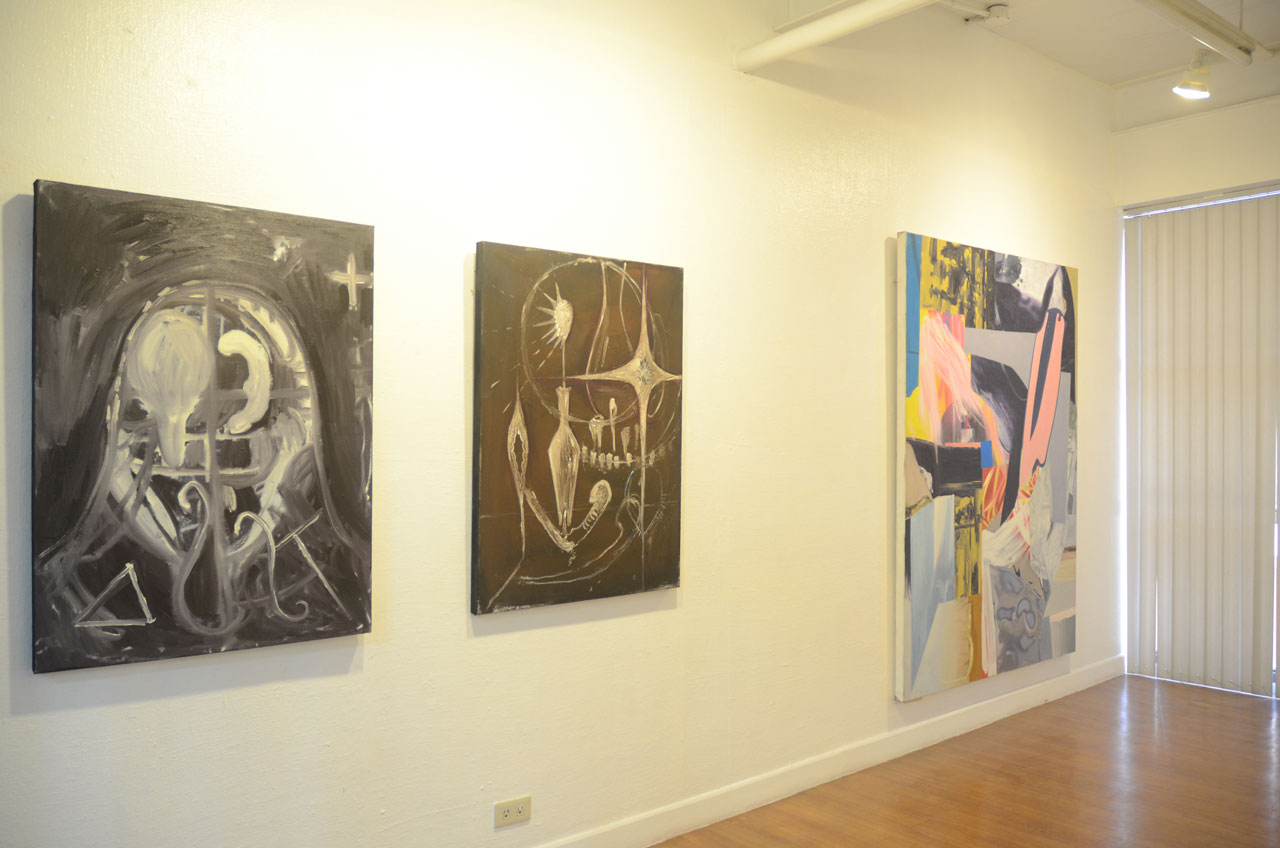 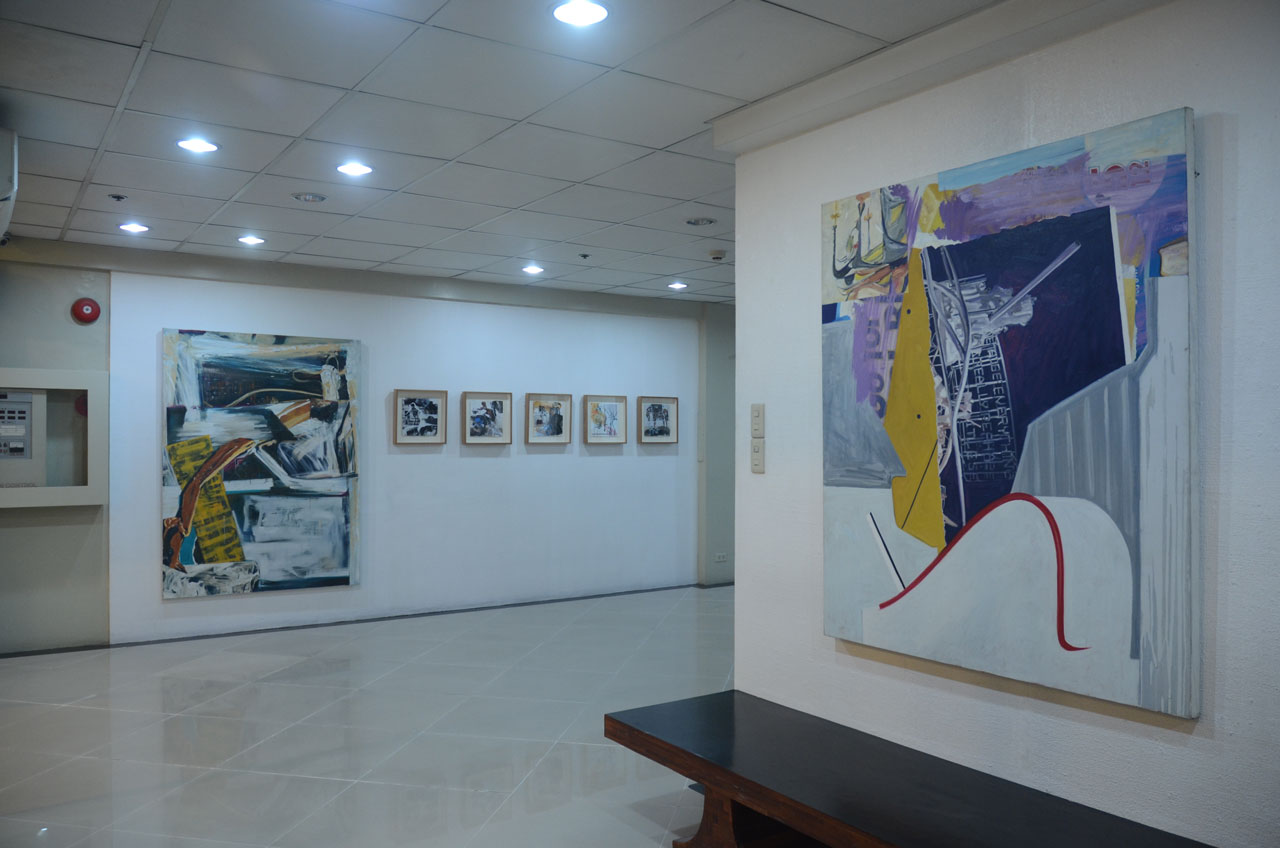 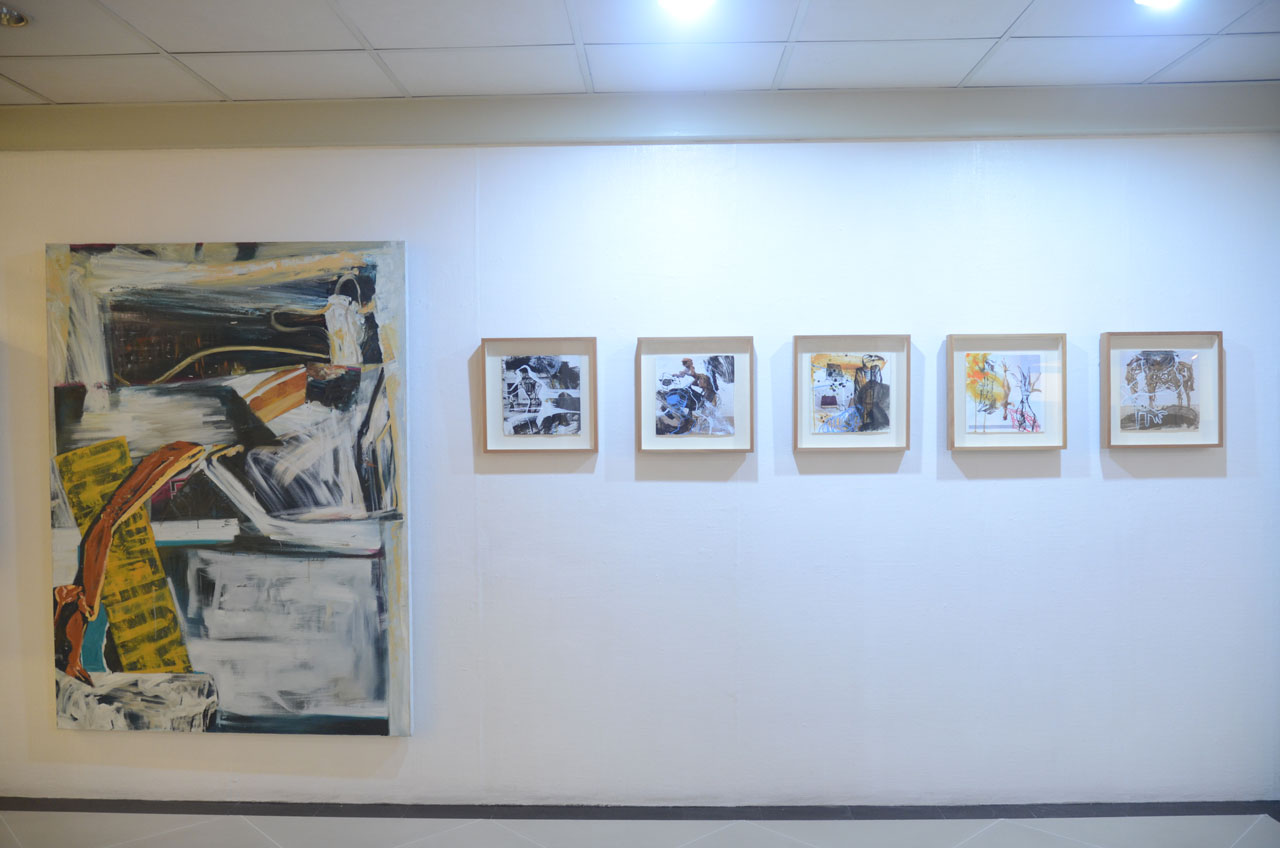 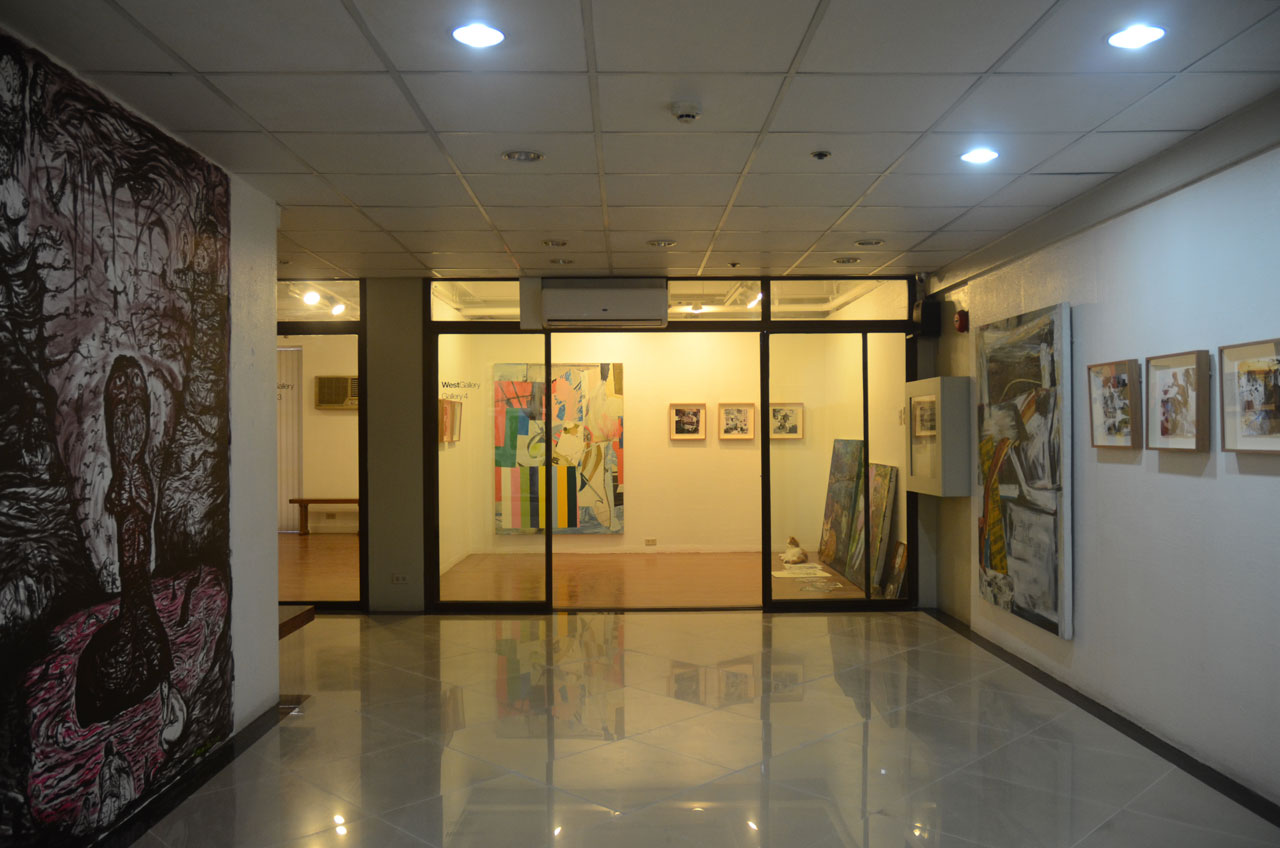 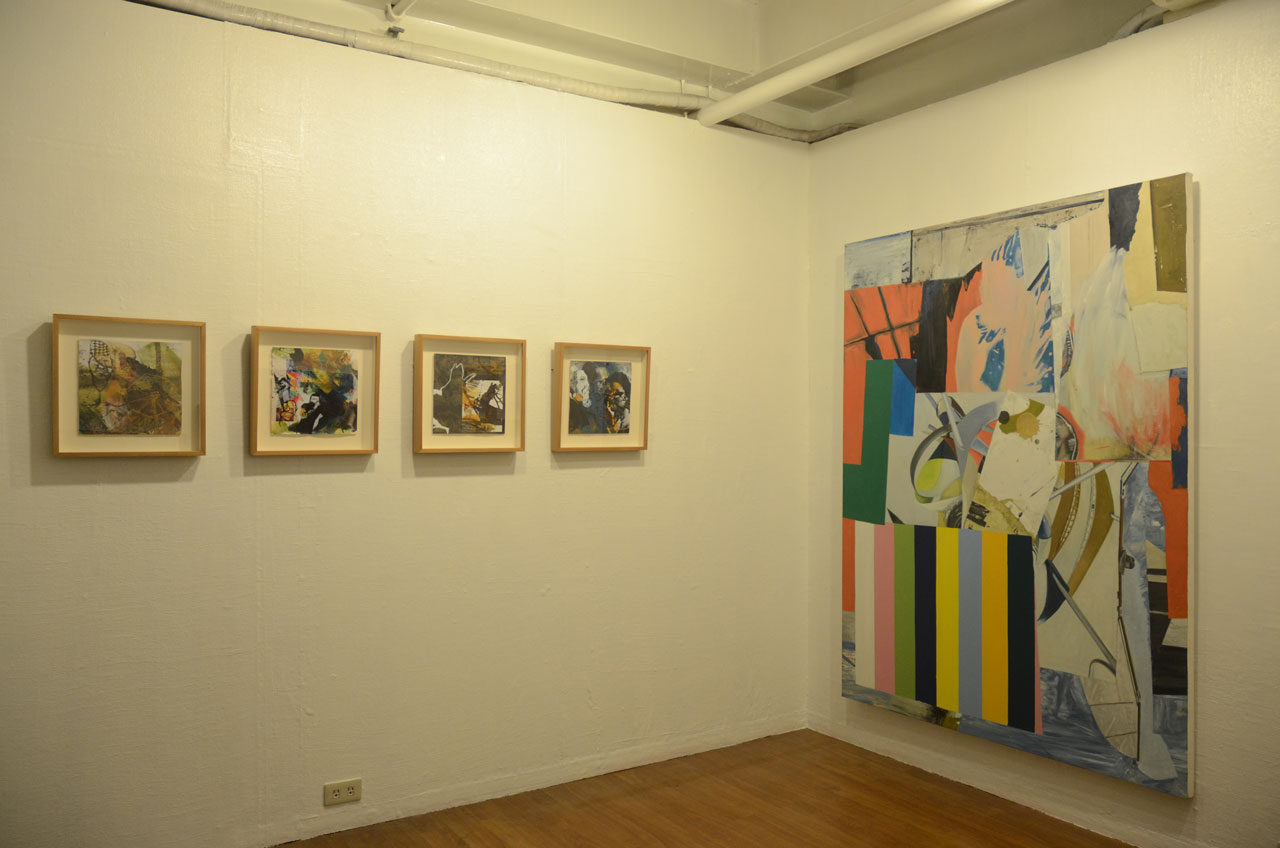 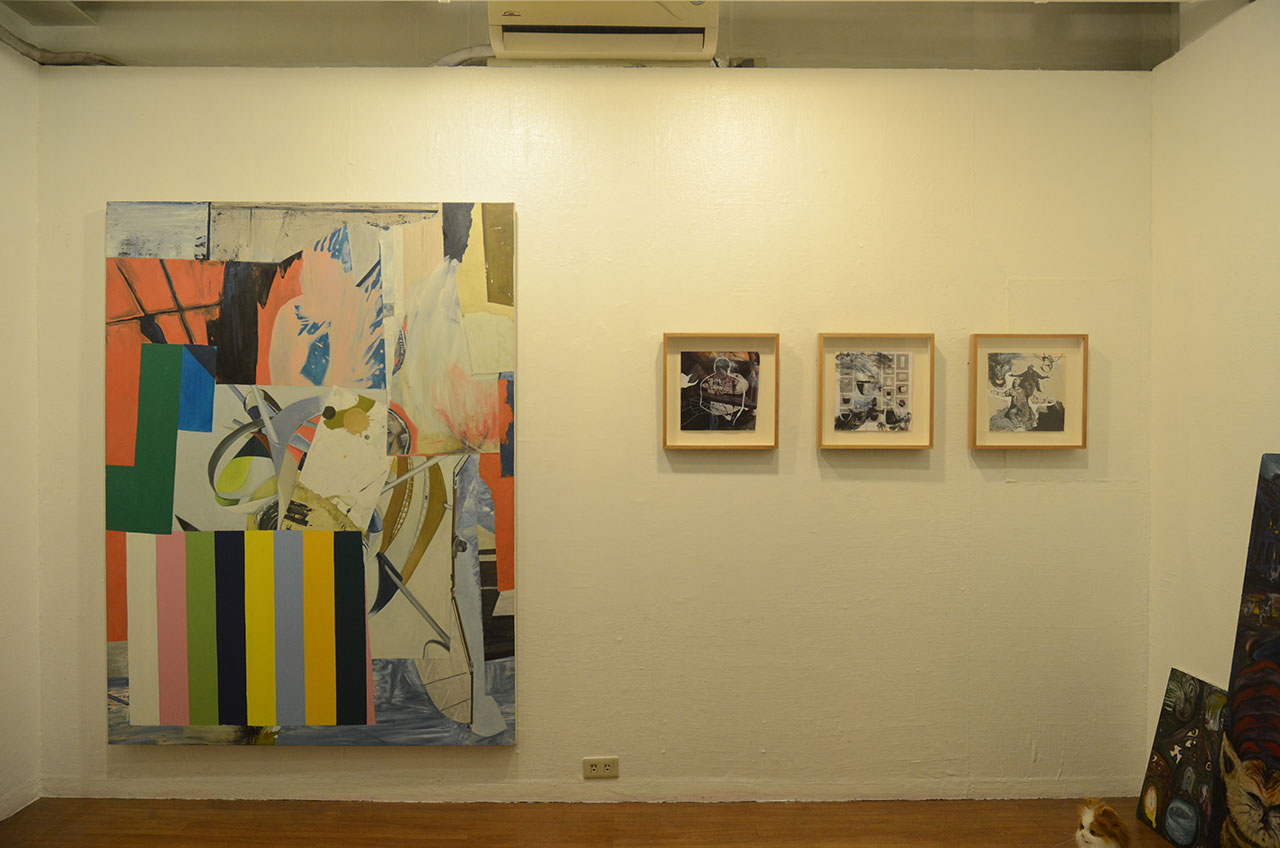 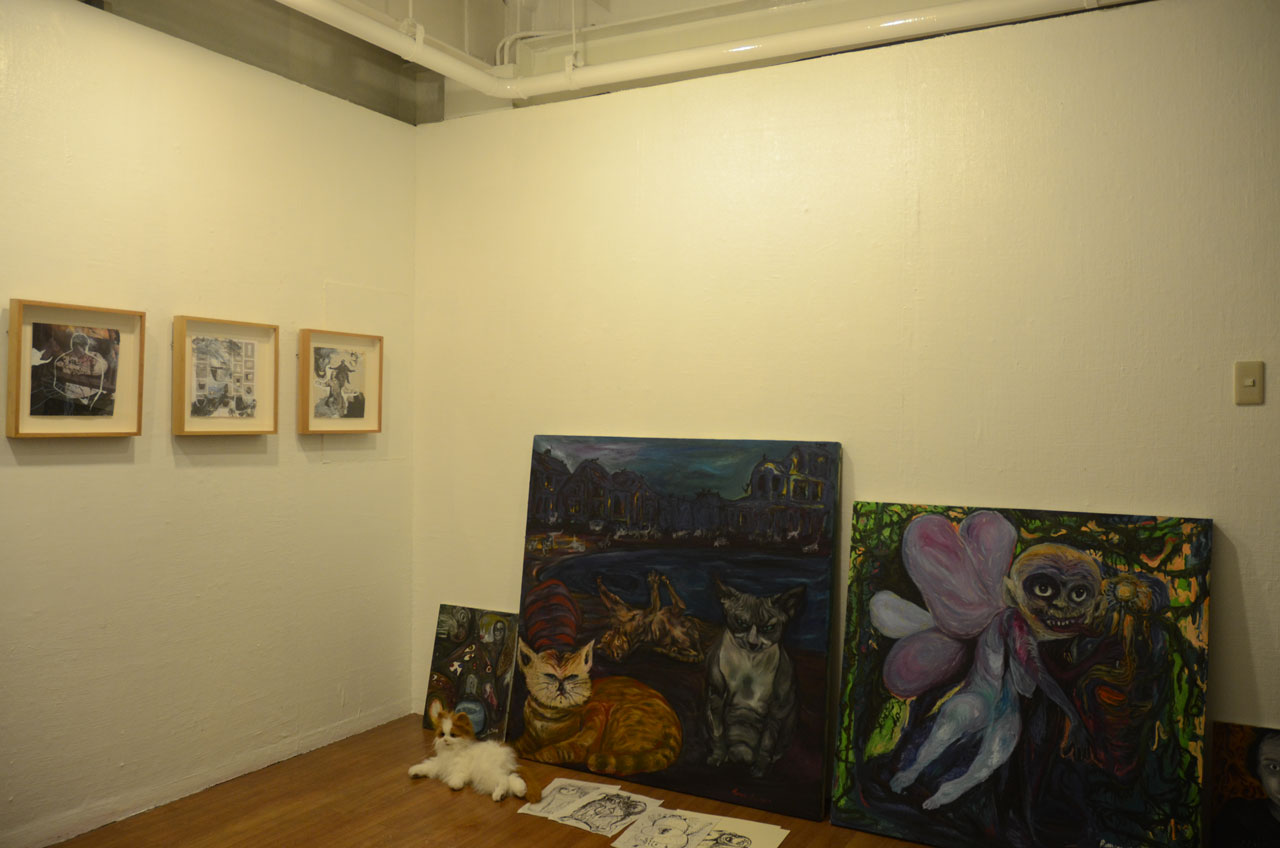 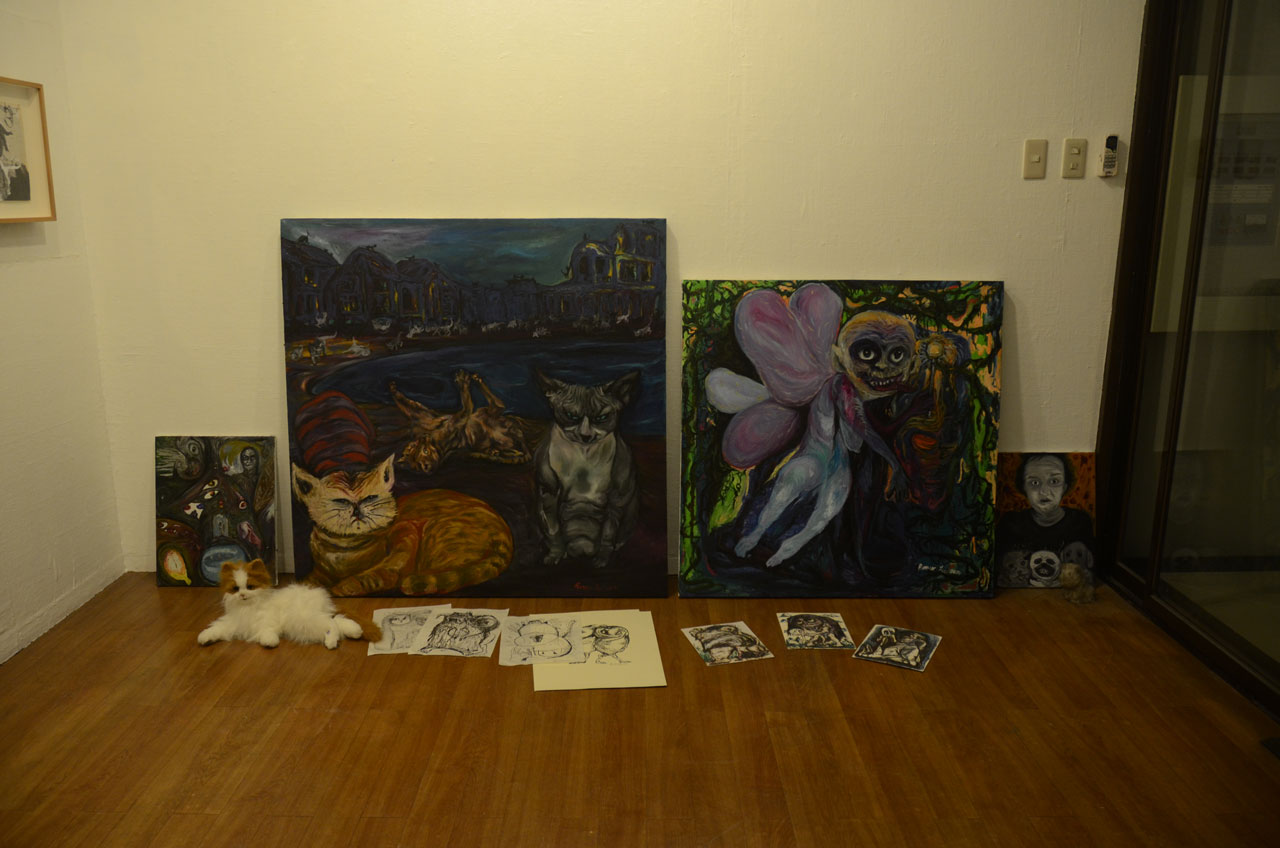