New at West Gallery is a two-man show by Arturo Sanchez, Jr. and Hamilton Sulit. Lost in Eden is a new collection of work by both artists. It is evident from the resulting exhibition that these works were made with a specific theme or idea in mind. From the Judeo-Christian religious iconography, to the pieces nods to traditional art pieces made during these times, for these patrons — and even, with the title itself — the show is a response to what the Bible would refer to as the fall of man.

Both artists’ visual language err on the side of darkness, with heavy macabre imagery, and an eerie energy emanating from their pieces. They often explore themes of despair and endings, providing us with a preview of a future that appears to be increasingly manifested in the present. In Lost in Eden, both play with fragmentation and obscurity, making pieces that are just about recognisable and familiar.

For Sanchez’s part in this partnership, his series, Lost Years, is made up of ten collages — made with paper and acrylic distressing — encased in resin, a material with which he has formed an intimacy with, as an artist. He is entirely comfortable with his handling of it, and has even incorporated it in his collaborations with Sulit for this show. It is a curious material to be enamoured by, especially when you start out as a painter. But the images Sanchez creates, he preserves in suspension, kept still in something solid and clear. In Lost Years, Sanchez works with many found human figures (perhaps something borne from his penchant for collecting), all with faces obscured by another image or some paint, rendering each one anonymous.

Sulit’s acrylic pieces — Earthly Tales and Other Stories — bring to mind religious print etchings, often created in a series as part of a narrative.

For Lost in Eden, Sanchez and Sulit offer up their own interpretations, but these also converge in pieces that the two have worked on together. Their quadriptych, When Lies Dance With Deception, features a pair of paintings by Sulit and two images selected by Sanchez as the central subjects of each isolated frame. They are unhappy figures, seemingly held up by a mishmash of figures, a creeping hill of human parts not unlike the way hell is described in literature and religion.

Fragments of Paradise is a piece that features one canvas they have worked on together. Although it is clear which aspect of it was created by either, the piece’s existence is harmonious. It is a wonder, particularly as it was made during a time when social contact has been limited. It is refreshing to see the two artists able to work on a show, let alone a few pieces together, even when physically apart. It is sobering and hopeful to see that collaboration is still possible, that it is being done at all.

At its best, Christianity is a faith that rides on hope. According to the Word of God, we are damned to a life and afterlife of suffering, lost outside of Eden, cast away into a life where paradise is known and visible, if just about out of reach. 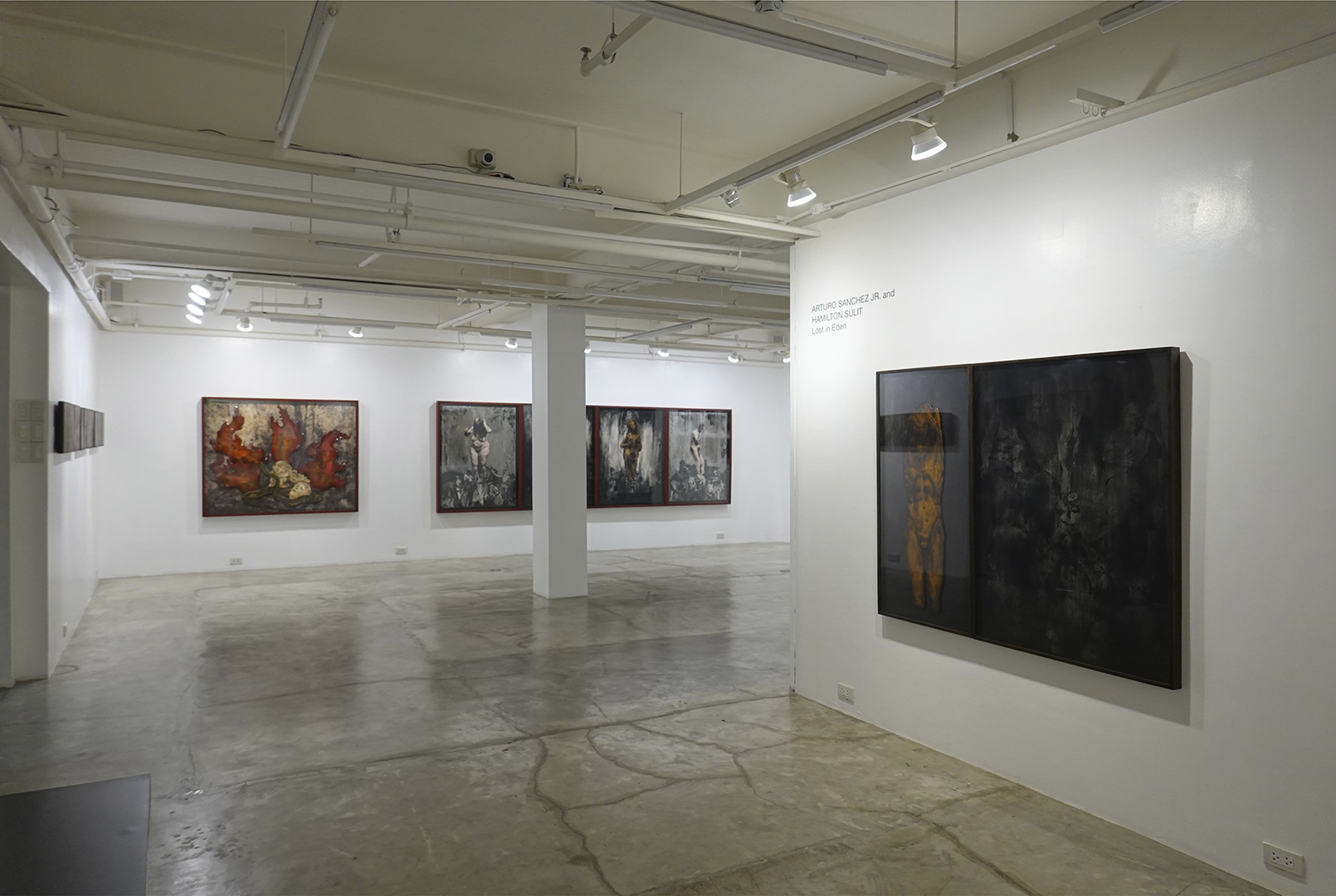 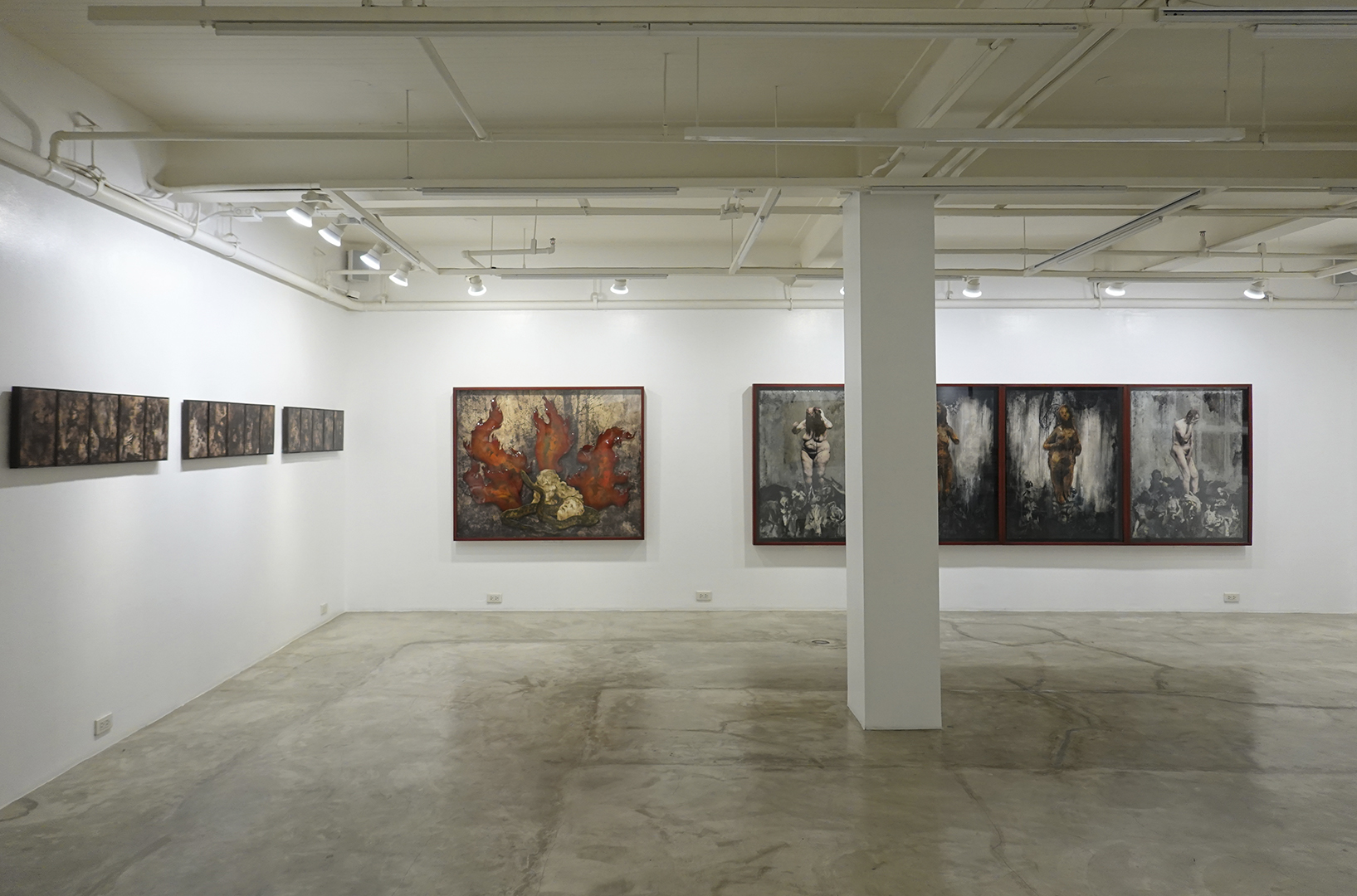 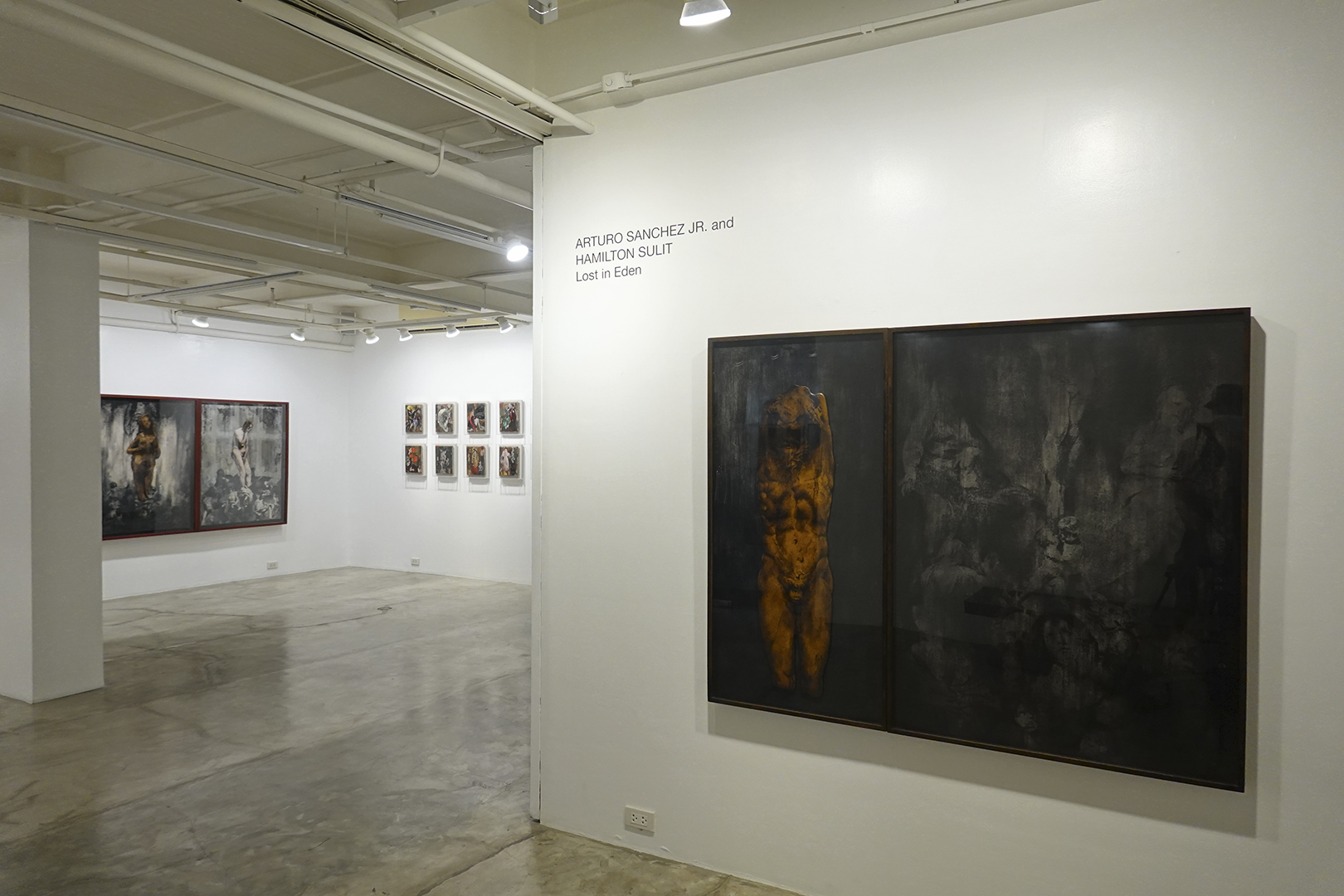 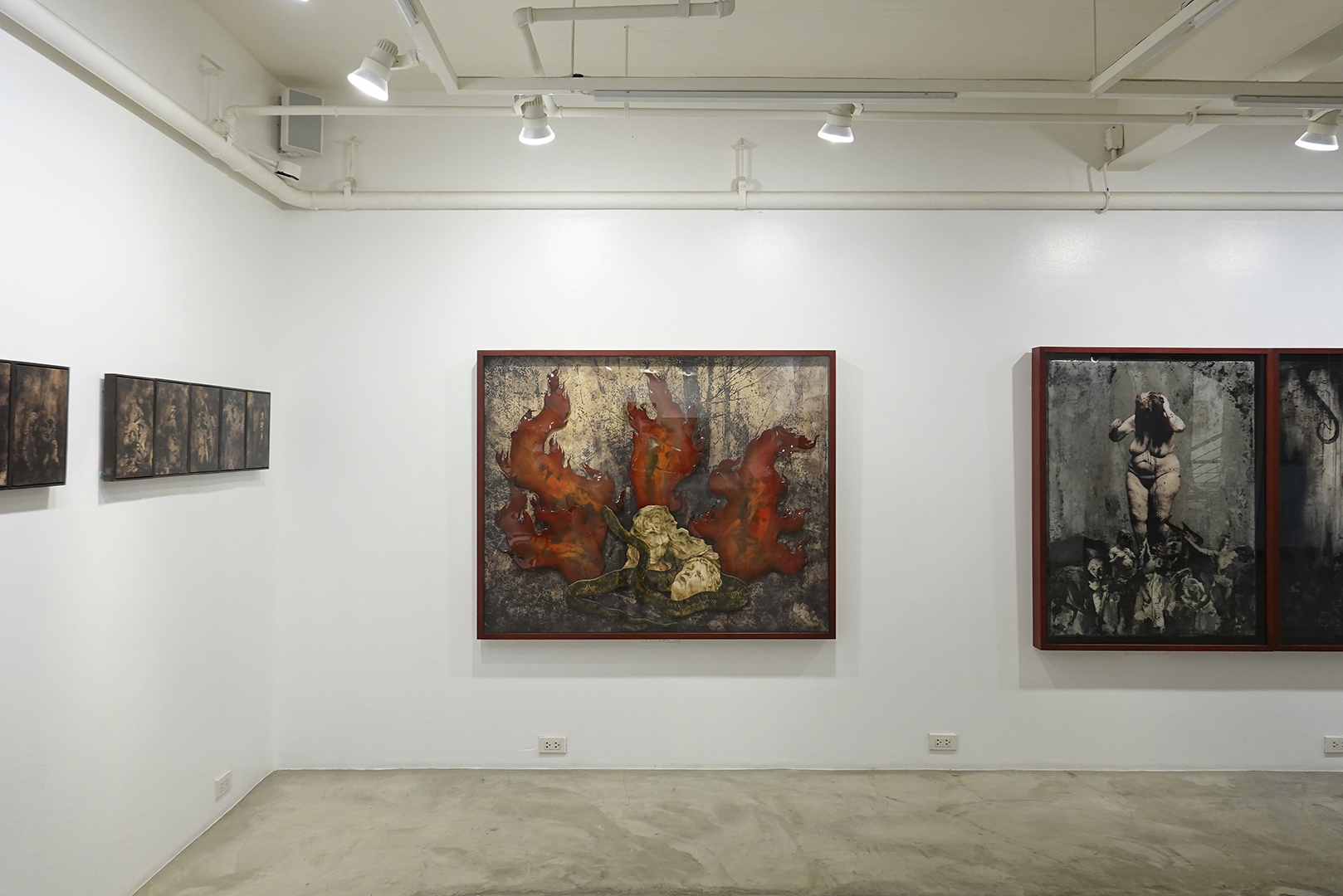 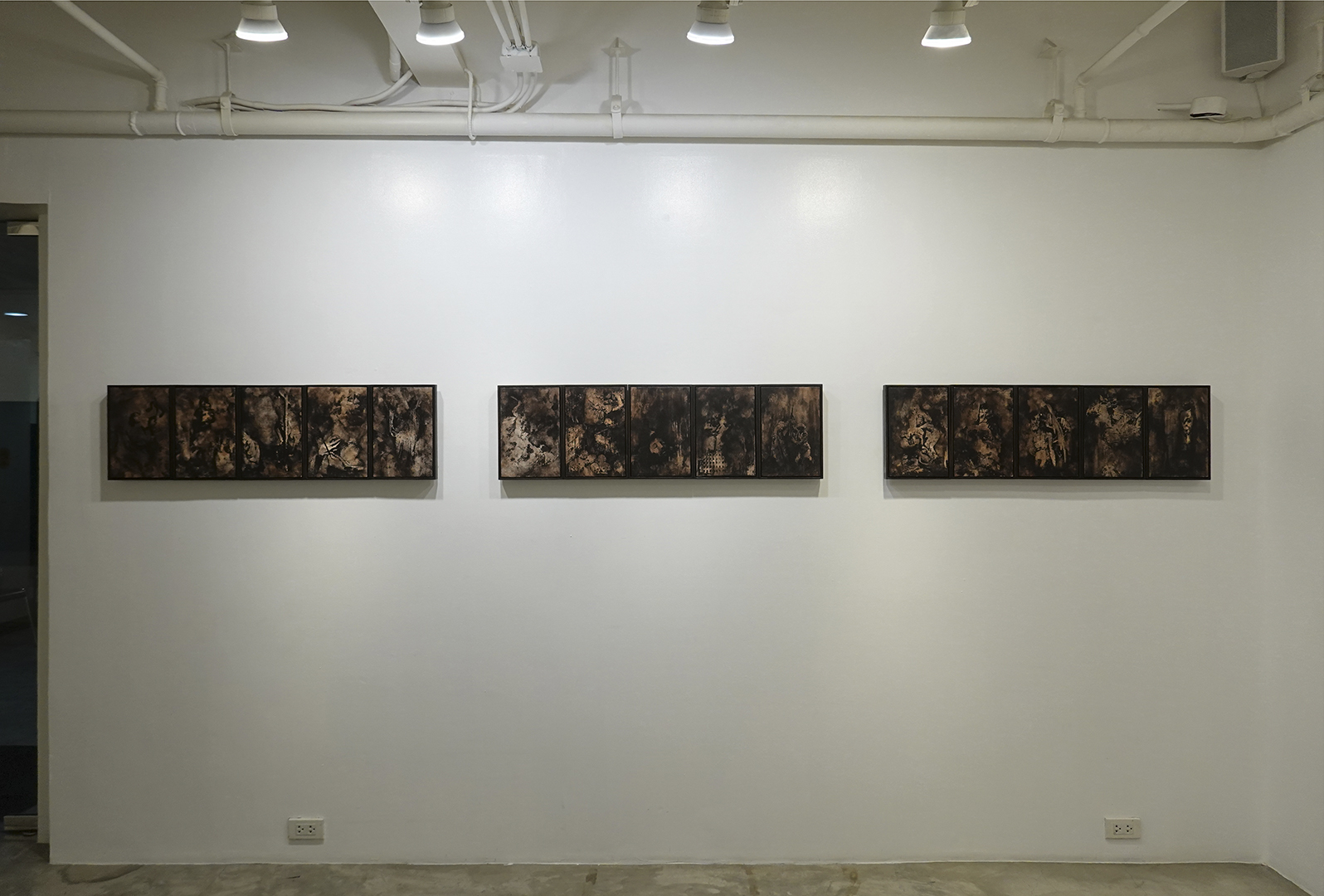 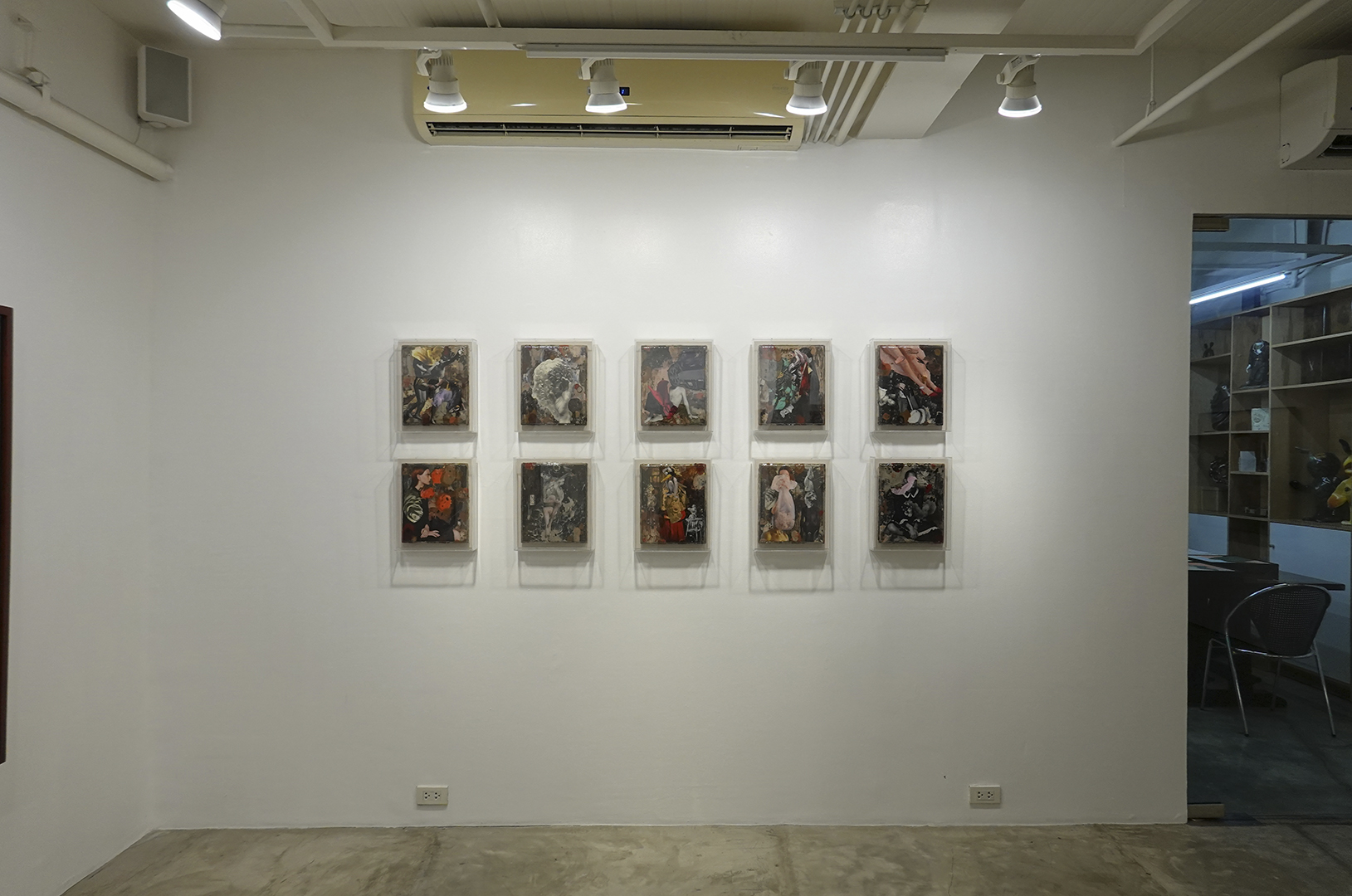 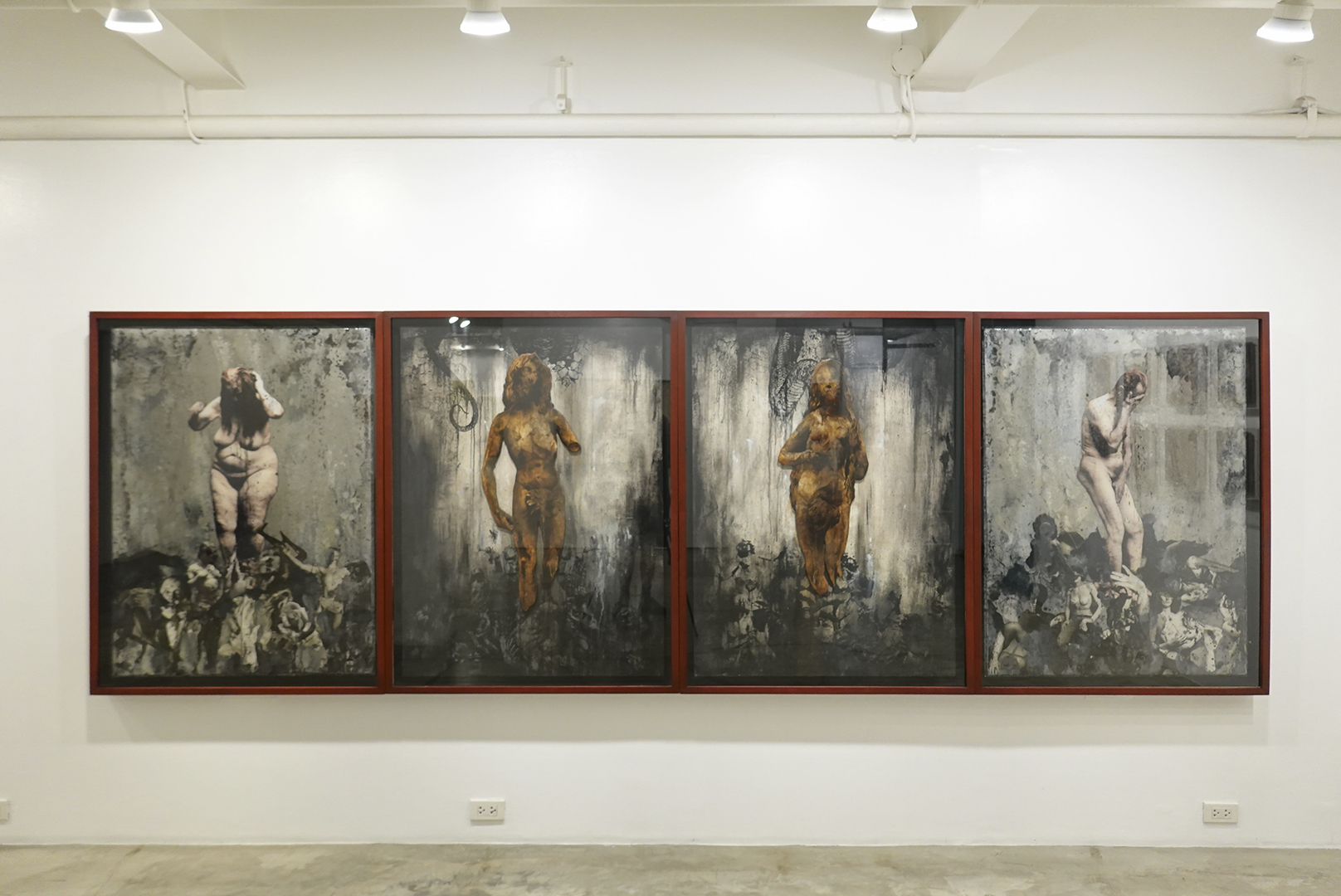 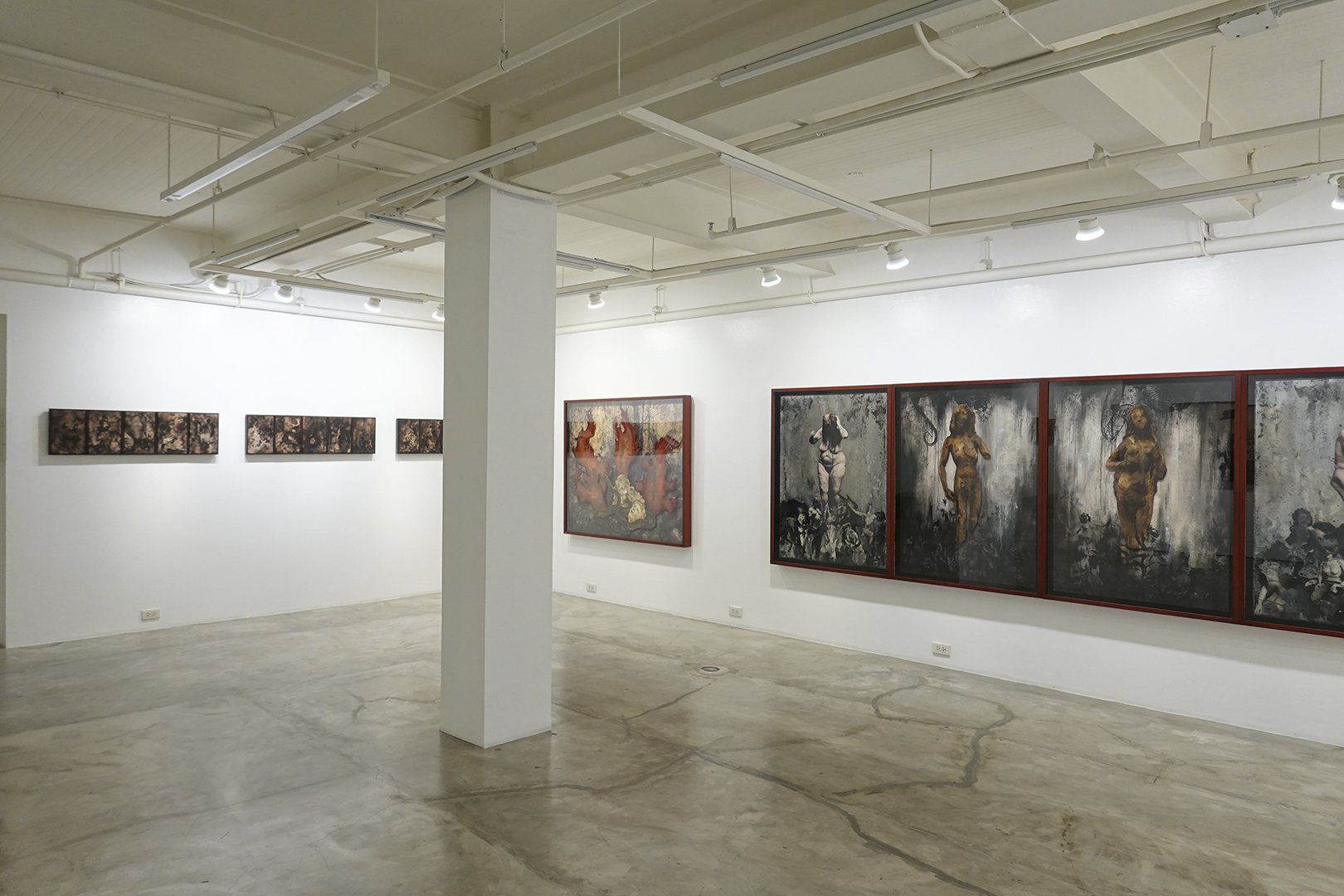 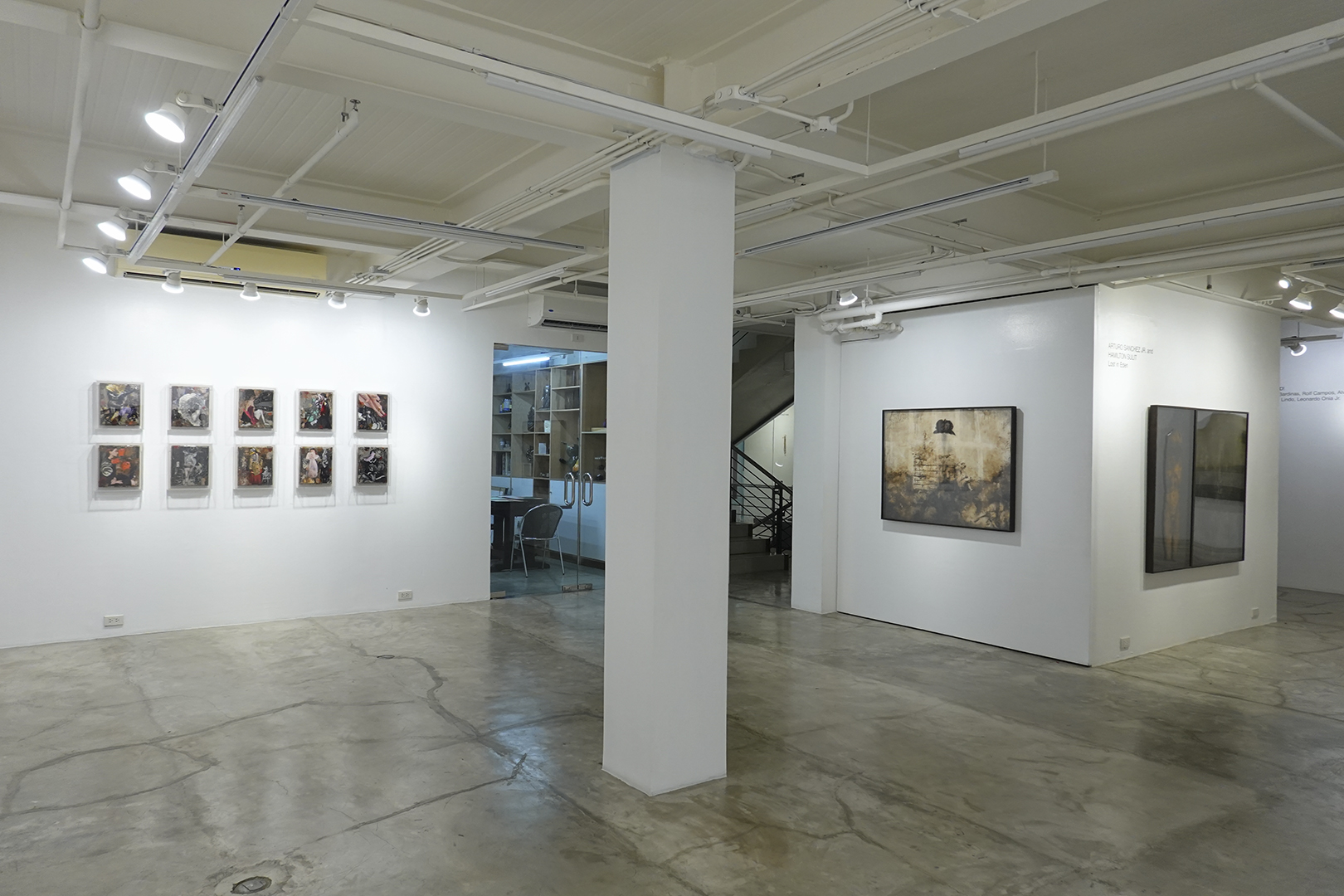 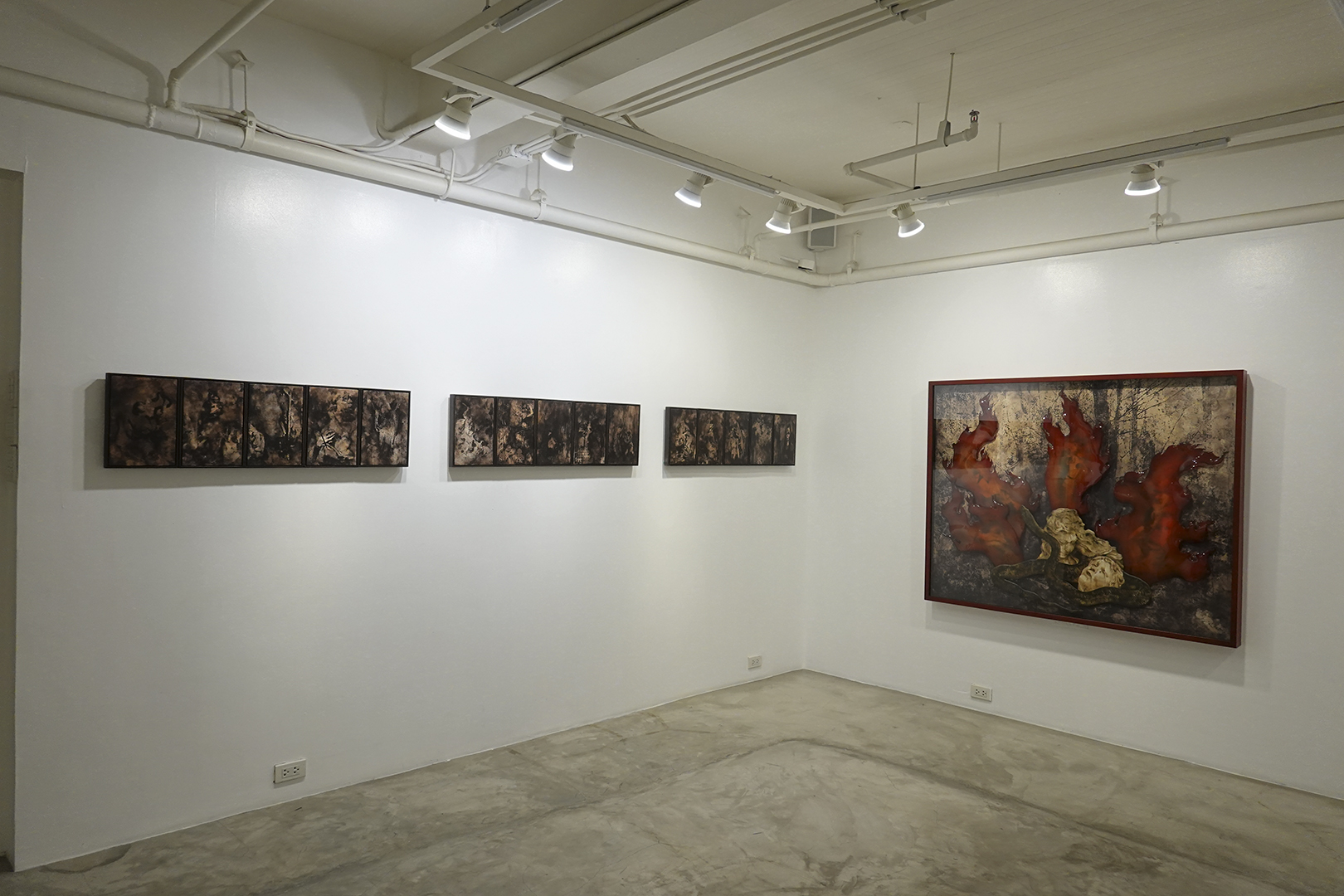 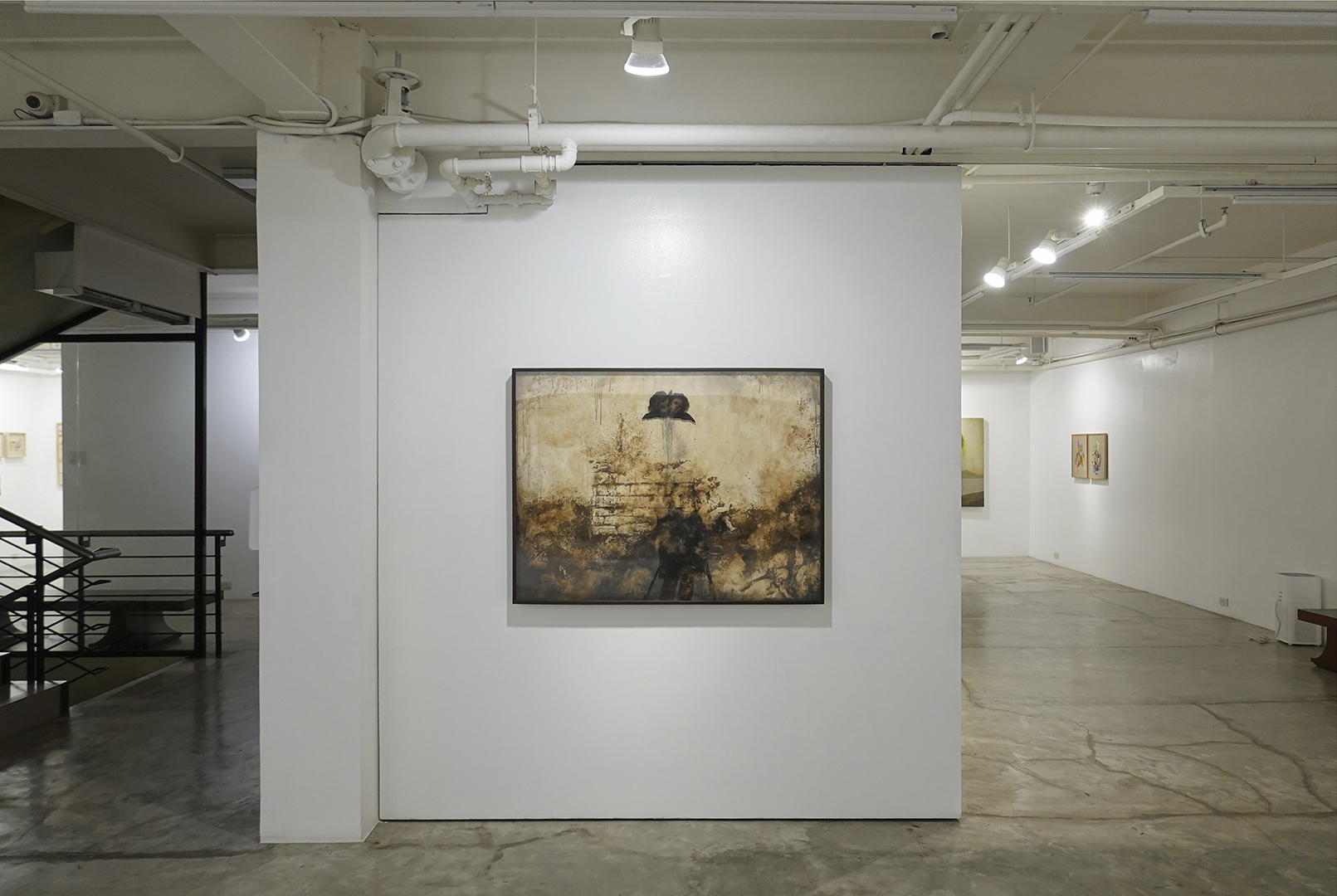 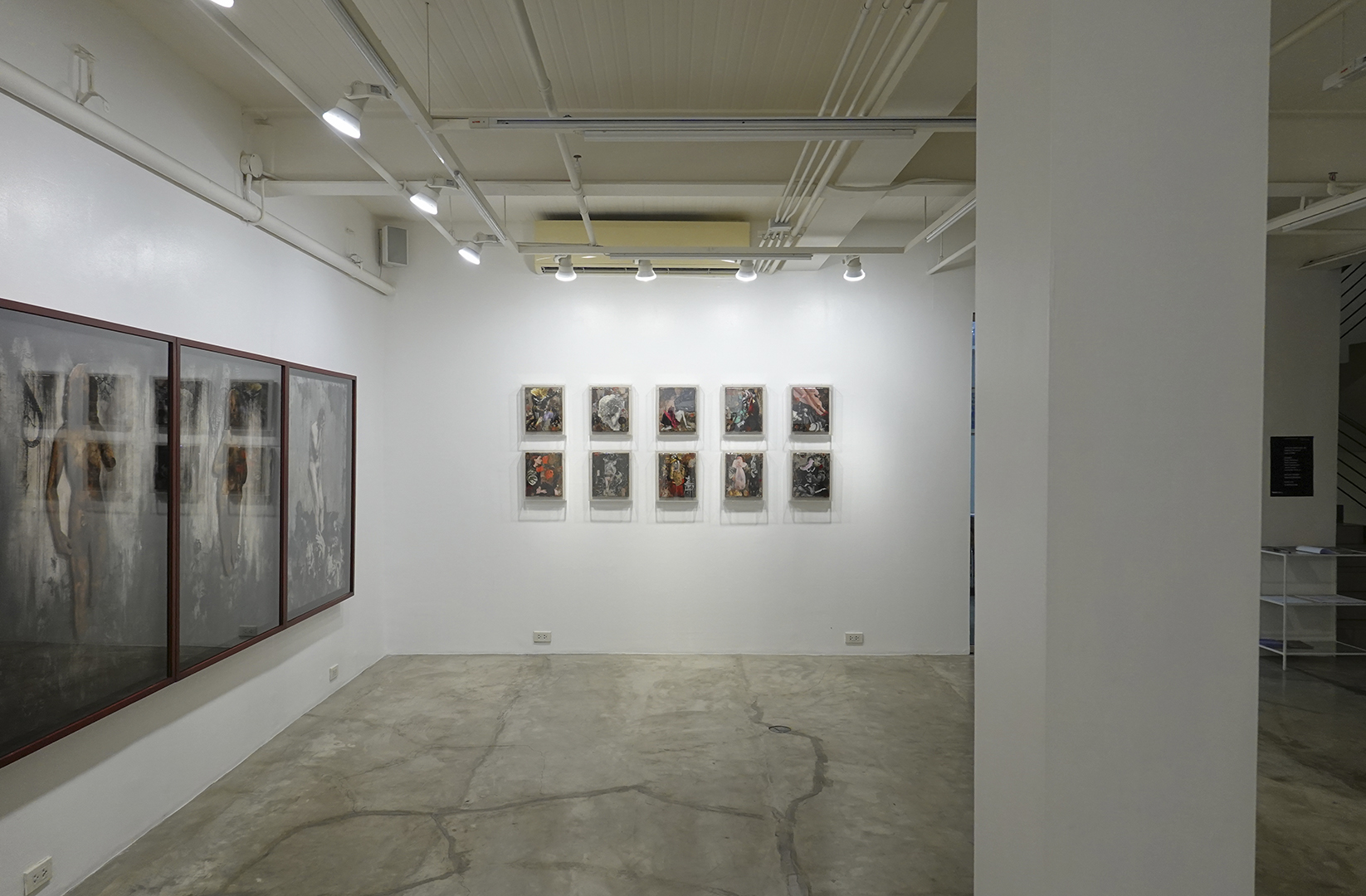