The myriad ways in which the Internet and digital technology affect our visual experience and encounter of images, their circulation and reproduction, have captured the interest of brothers Manok and Olan Ventura—inspiring their respective creative processes and shaping their recent body of works. Proceeding from these initial artistic explorations, the two artists come up with a new series of works to continuously engage with visual phenomena engendered by digital media, in the process opening up the image to more frames of looking while at the same time allowing themselves to immerse deeply into technique and expression of personal vision.

All pieces are derived from the canons of the Renaissance and Baroque, a fitting art historical reference with the periods’ significance as turning points in groundbreaking perceptions and ideas of representing space in art, among other key developments. We see mostly humanized depictions of Biblical scenes and subjects typical of the eras, but reworked in contrasting fashions. Manok appropriates them not in totality but in segments of interest, cropping sections of the compositions conceived by the old masters. Lifted from their original contexts, these parts transform into new configurations. He further intervenes by diluting the paintings’ linear sharpness and clarity of details, partially obscuring the figures’ visibility. The images now appear translucent or hazy, requiring a more intent gaze from the viewer to make sense. Like in its earlier iteration from a solo exhibition he mounted last year, the blurry register recreates the effect of sluggish transmission of data in the virtual world. But here the artist also intimates how he now encounters art mainly through the Internet, a personal experience that resonates with today’s social world becoming increasingly virtual—at once connecting and isolating. Such contradiction extends to other oppositions the works touch upon. In a time when society is fixated with simulating reality, the quality of which rests on resolutions and pixels, the artist omits details that give lifelike appearance to images, turning his eyes instead on fleeting impressions of larger forms. Yet, what conceals the very image is in fact investment with minute details—the painstaking brushstrokes that produce a highly textured surface upon close inspection.

The works of Olan, on the other hand, appear more faithful to their sources, maintaining linear sharpness and most of the figurative representations. He stirs tension and disturbs the iconic paintings by deconstructing their planes with segments that repeat, misalign, or overlap, and altering their colors. The impetus comes from an earlier fascination with errors in colored printing and glitches in the functioning of screens and monitors. What comes out is a different sense of movement and dynamism from the one captured in the original paintings. It is as if the scenes are being viewed from a flickering gadget or device, the image file has been corrupted, the computer is under virus attack, the printer is running out of ink—the list goes on. Apart from being anomalies in the reproduction of images, whether in printed or electronic format, the once figurative compositions seemingly lapsing into a state of disarray and abstracted rendering may well reveal Olan’s alternative take on digitization. Instead of subtly fading impressions, he reveals a more frenzied vision where images in constant flux run amuck in his consciousness. In contrast with the slow-paced transmission of data in the virtual world, he explores its opposite: the dizzying speed and frenetic crowding of visual information characteristic of the present time.

These two seemingly divergent yet interrelated imagery showcased in the exhibitions offer just a few among the infinite possibilities in which current technology transforms our perceptions. Just as the old masterpieces referenced by the artists defined artistic standards of the past by proposing novel ways of looking, these works are now cracked open—their perfection fractured to allow new ideas to emerge out of the crevices. 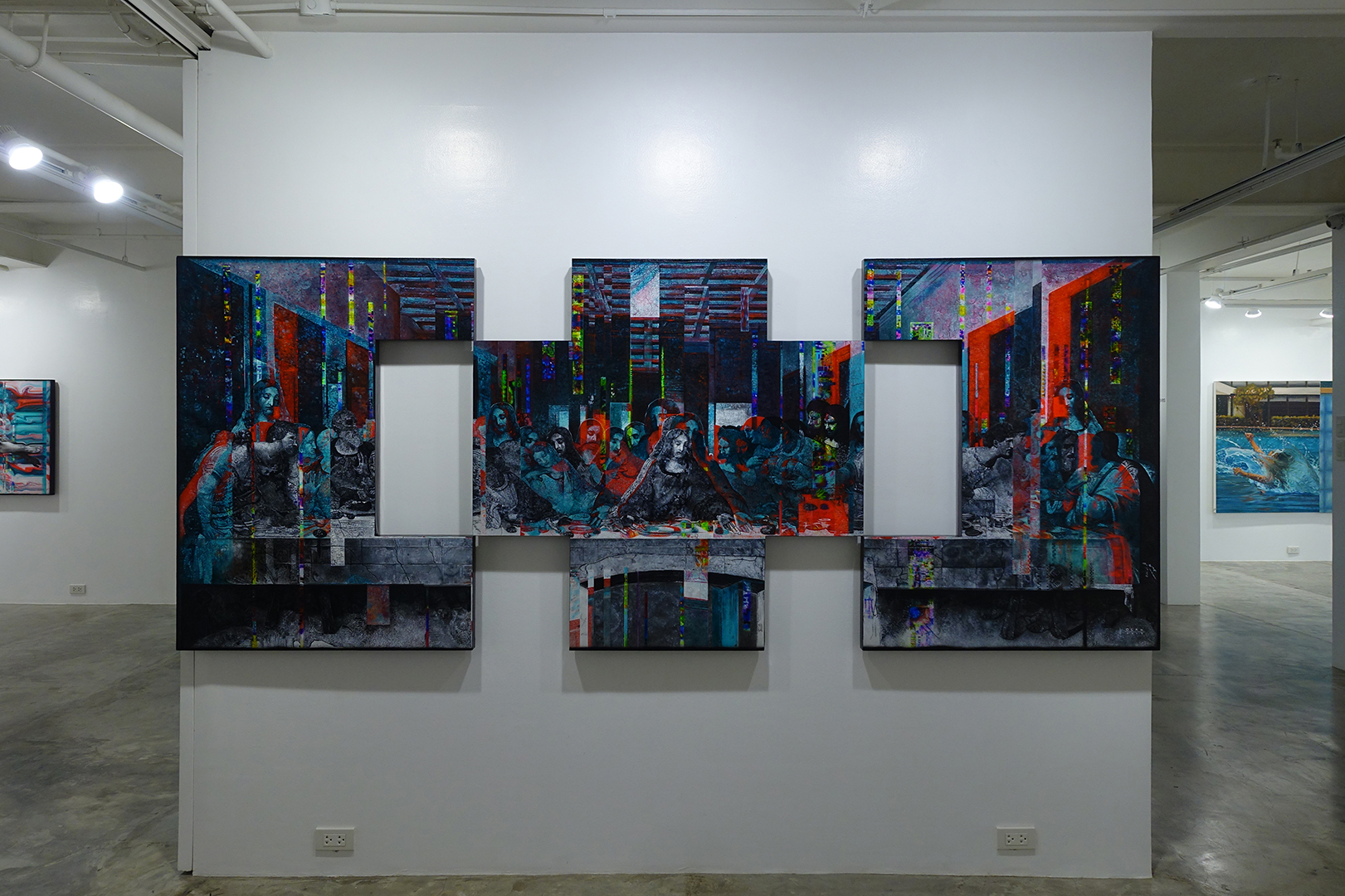 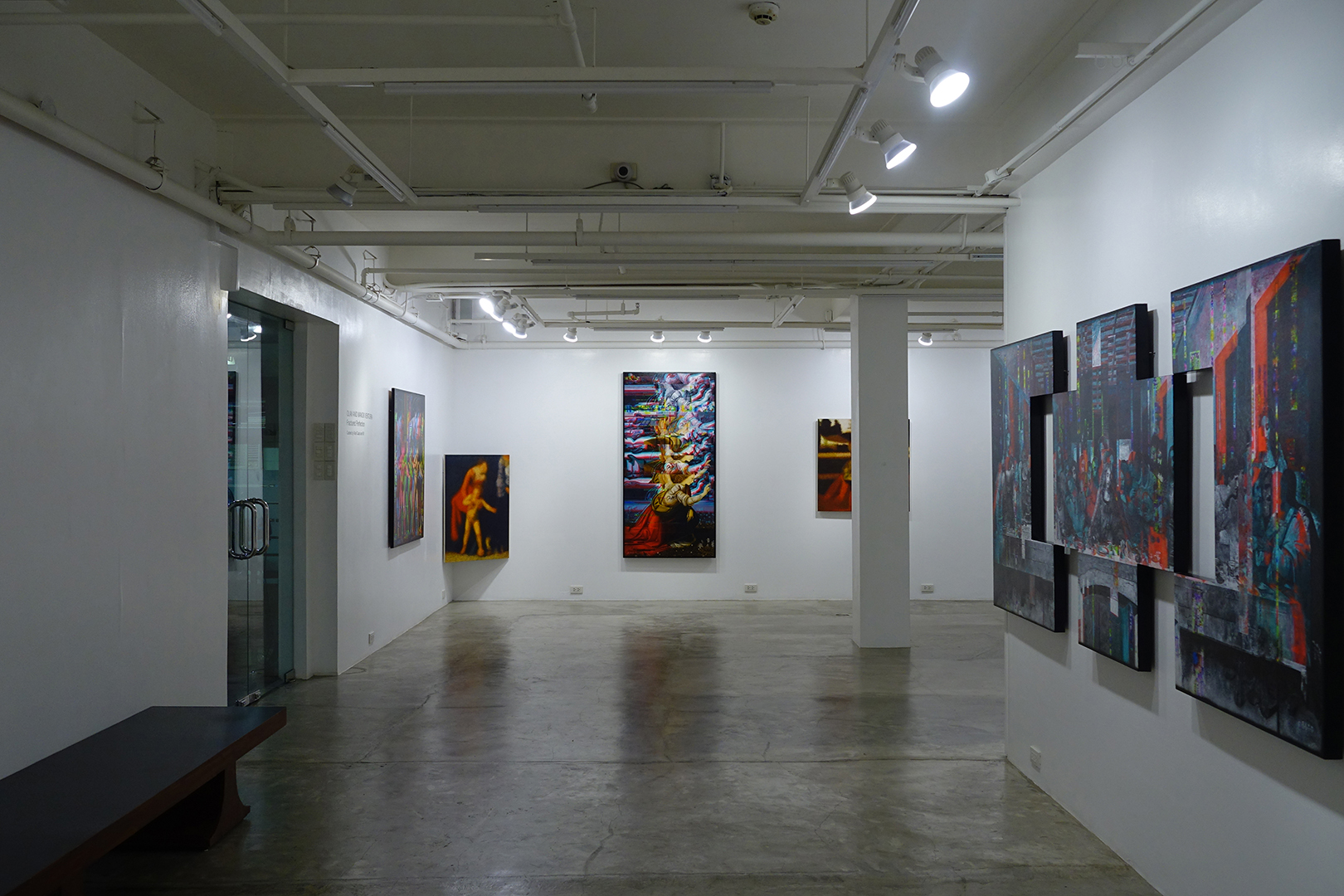 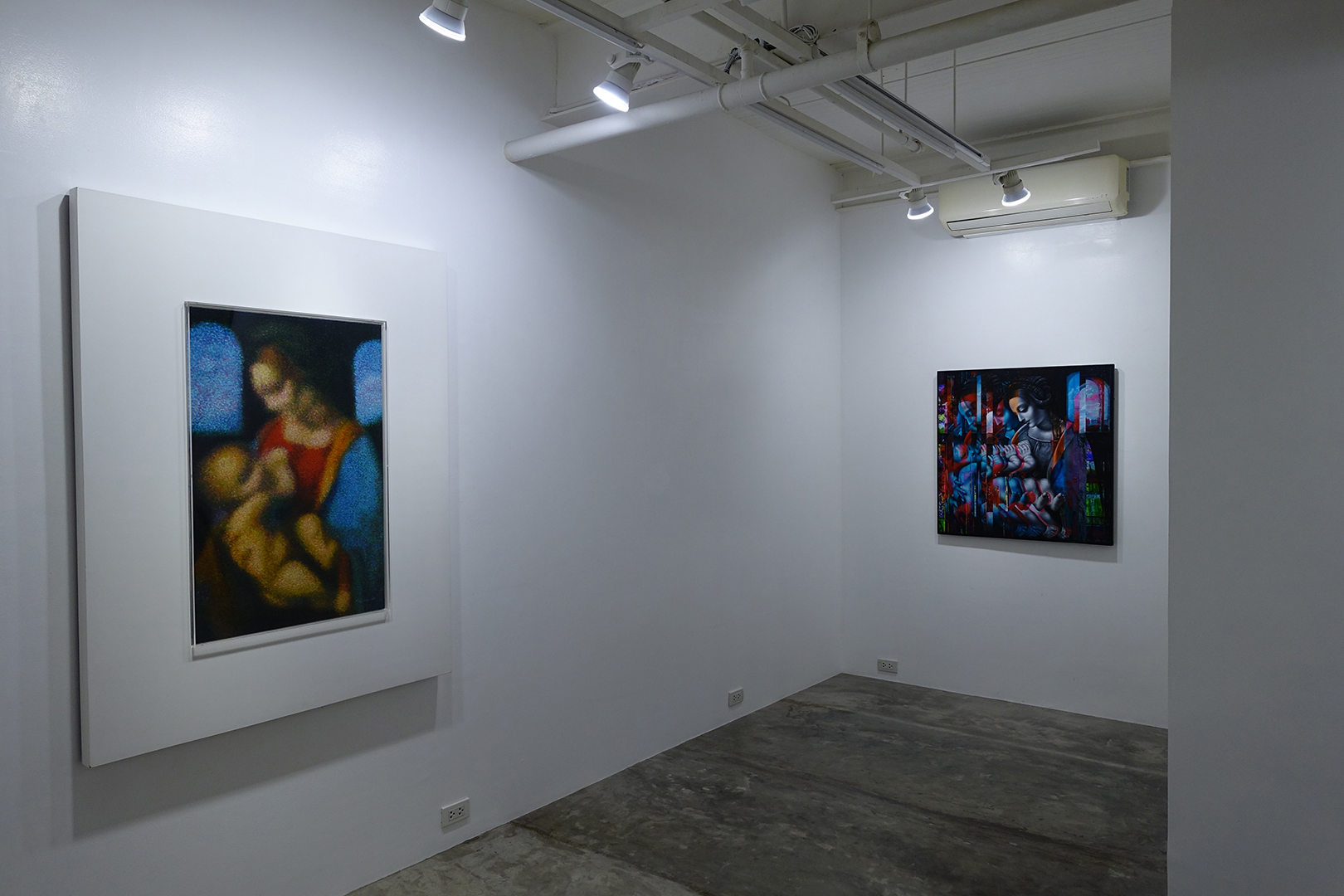 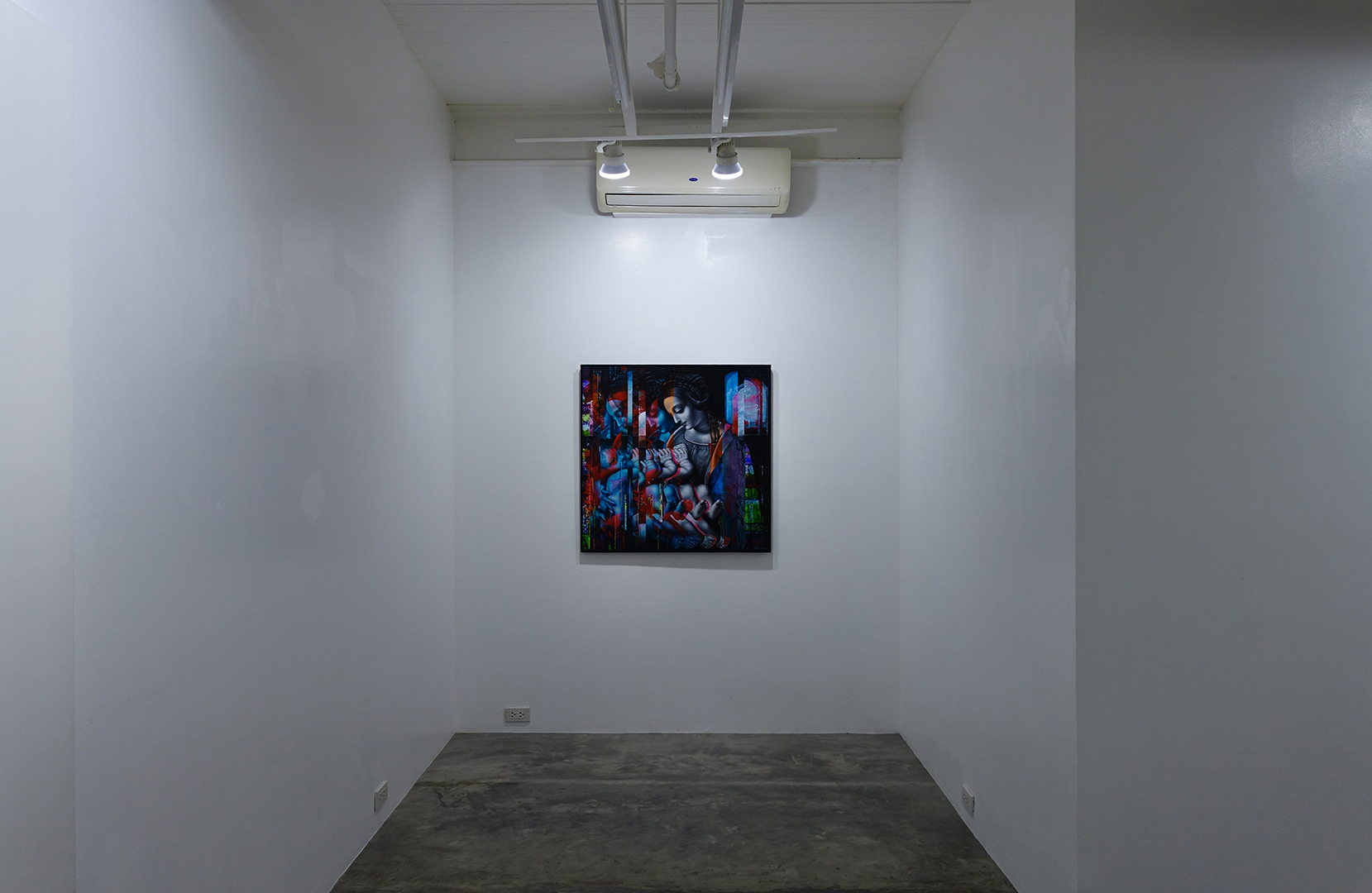 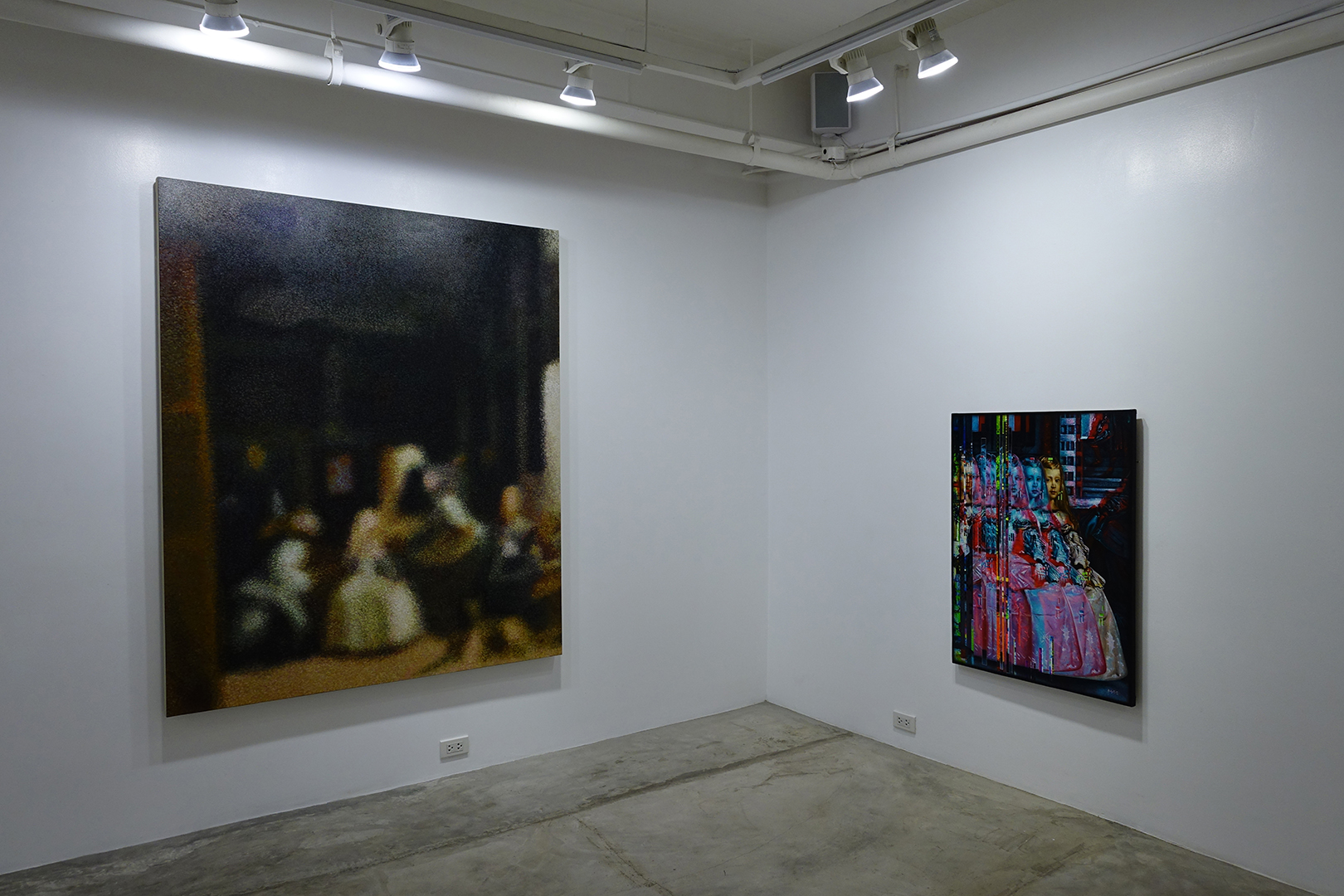 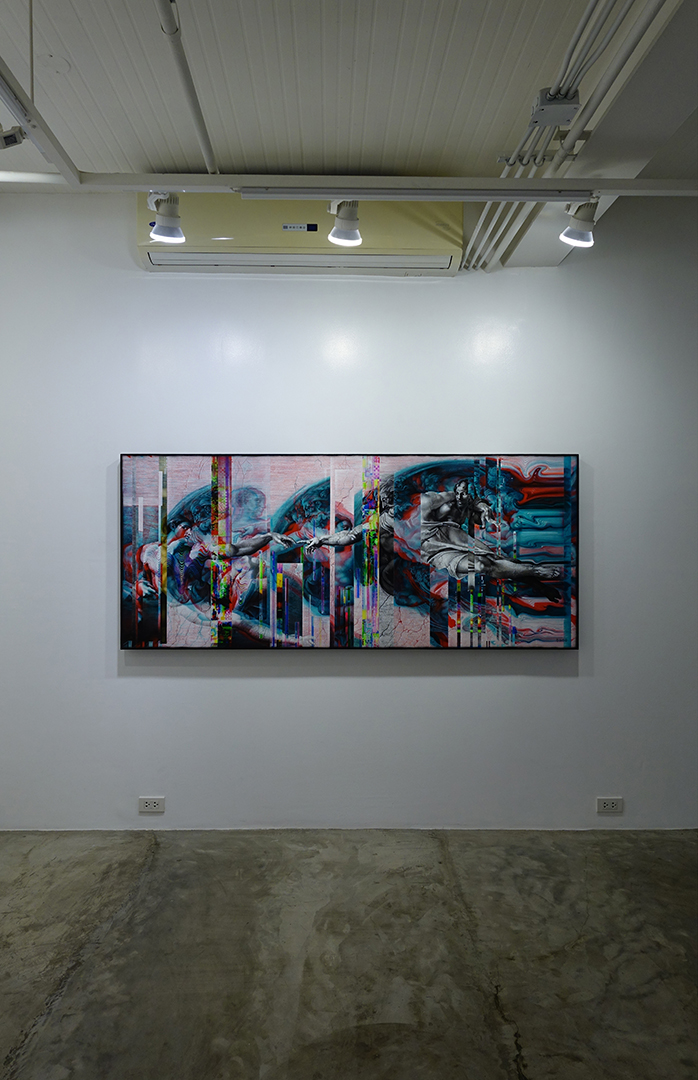 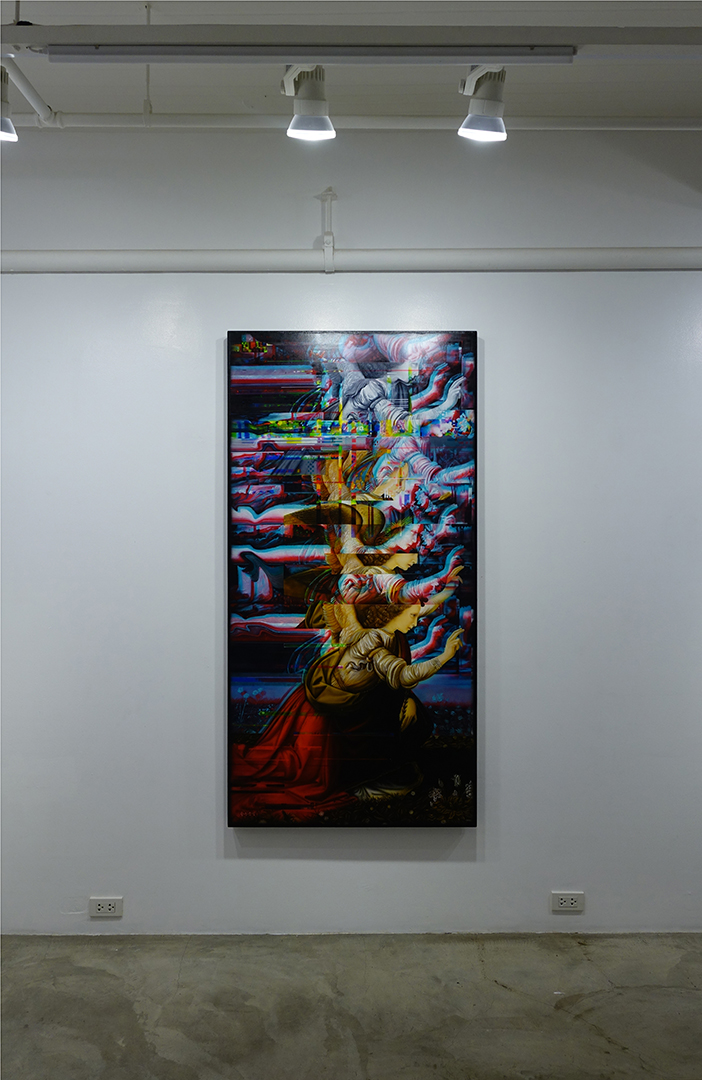 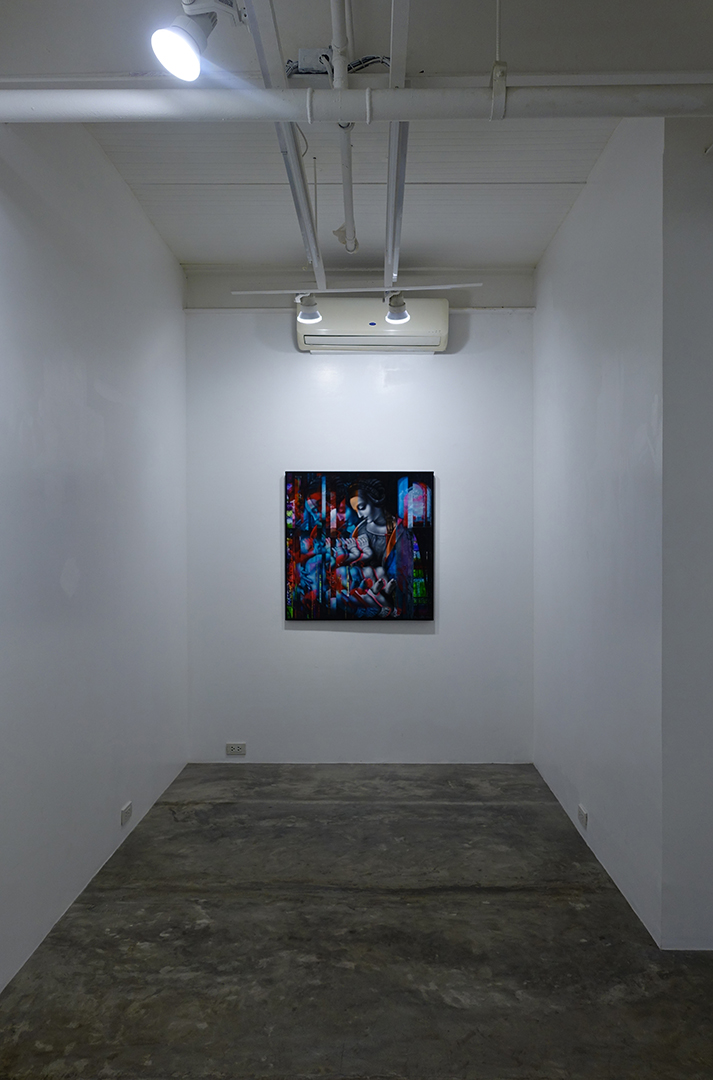 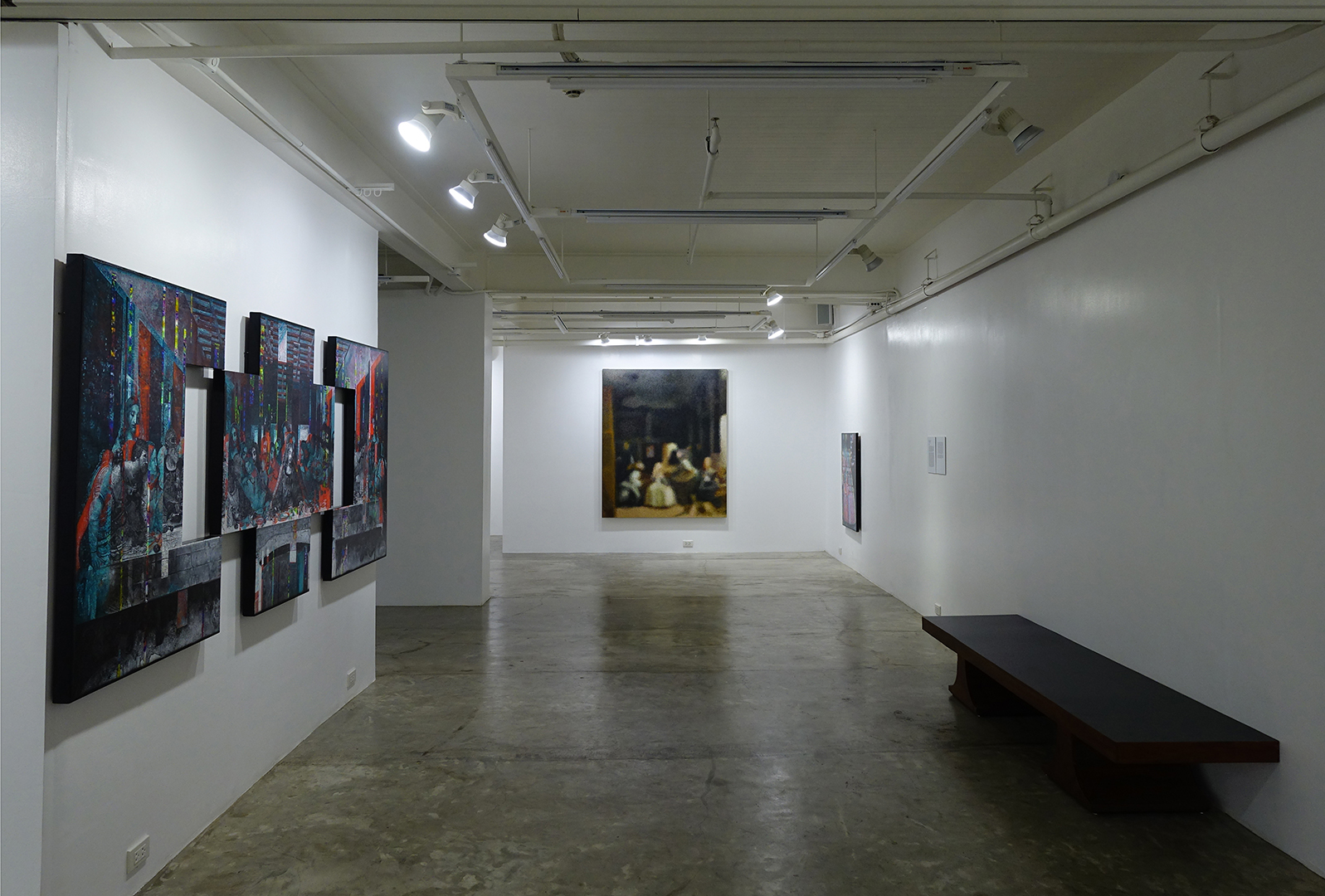 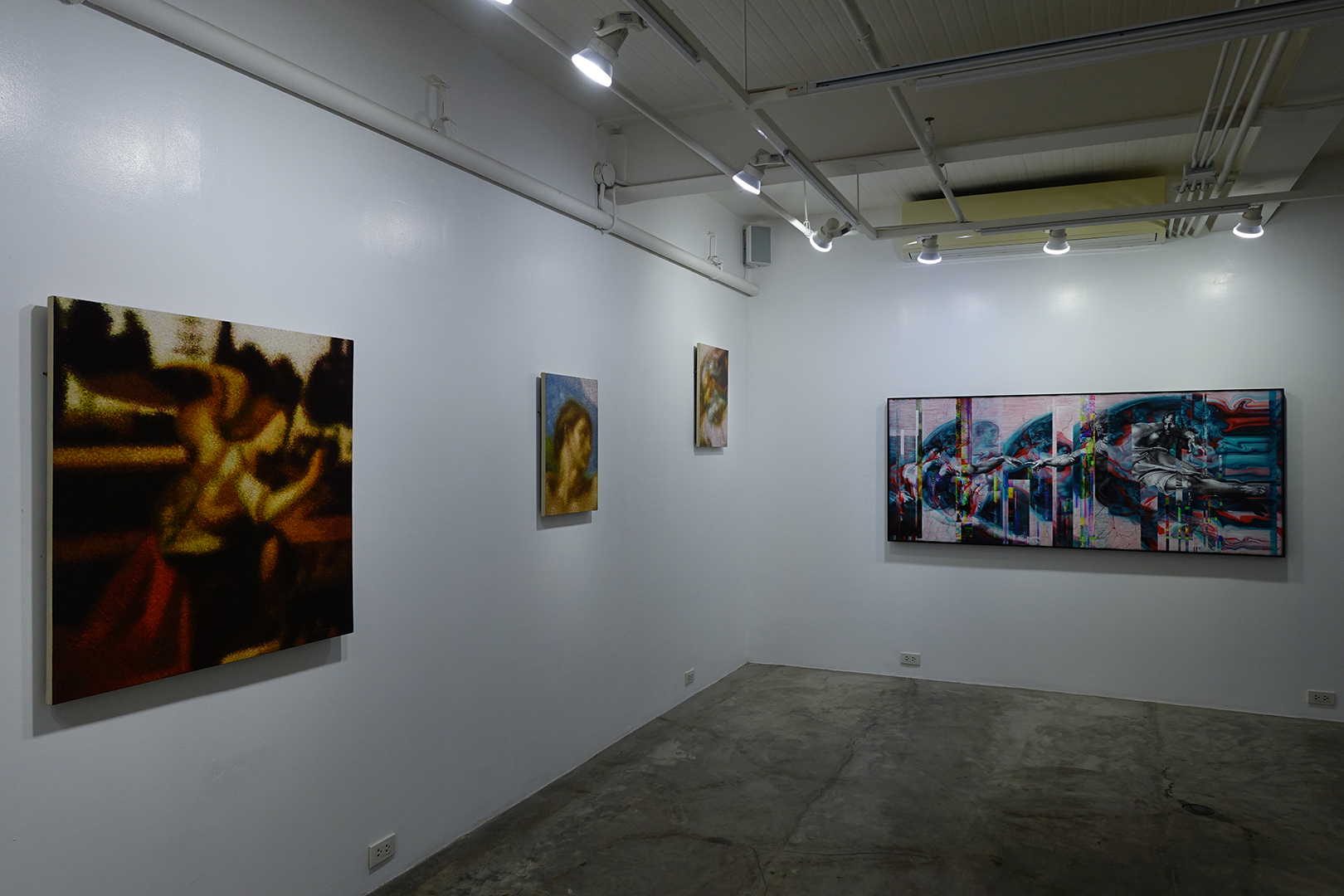 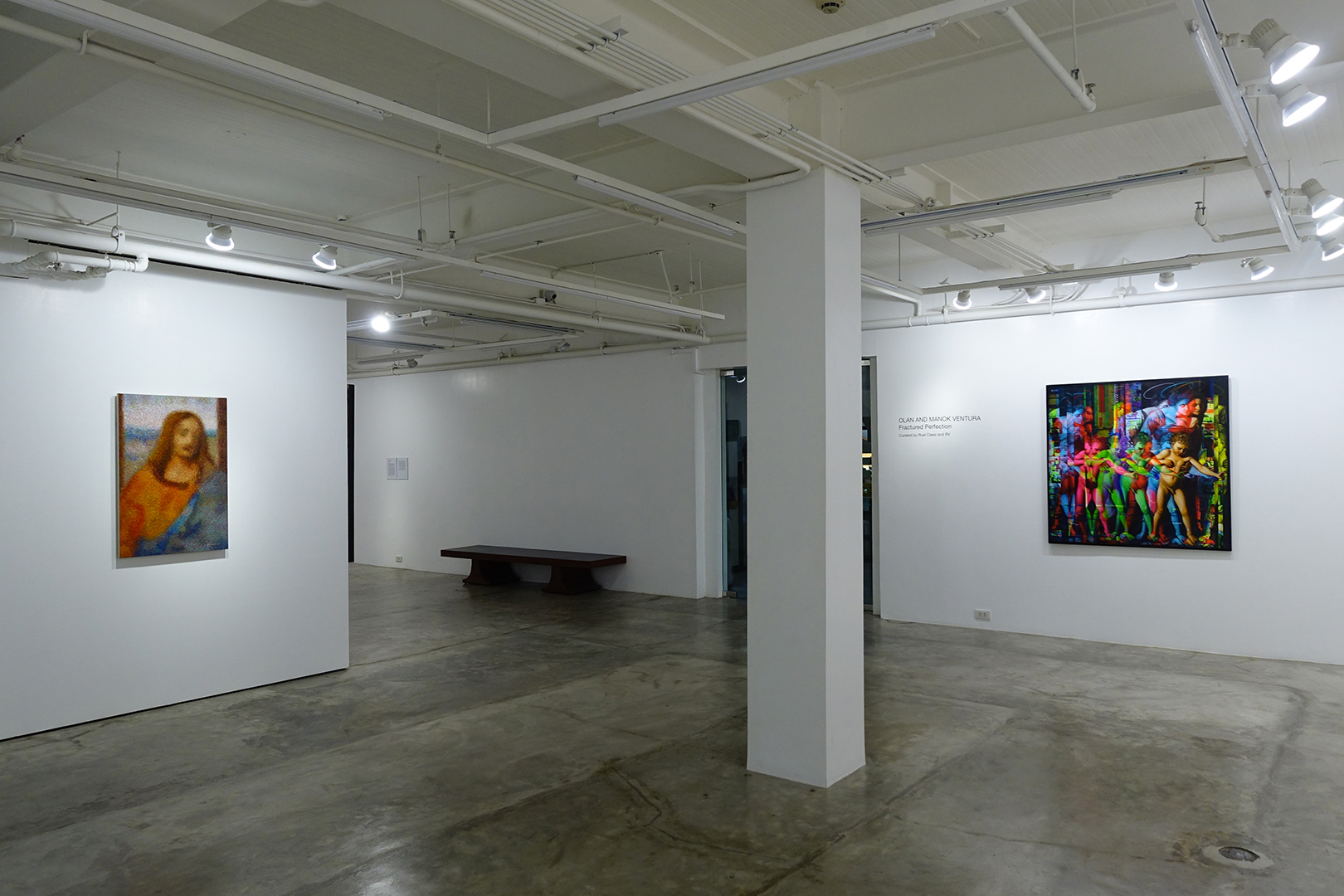 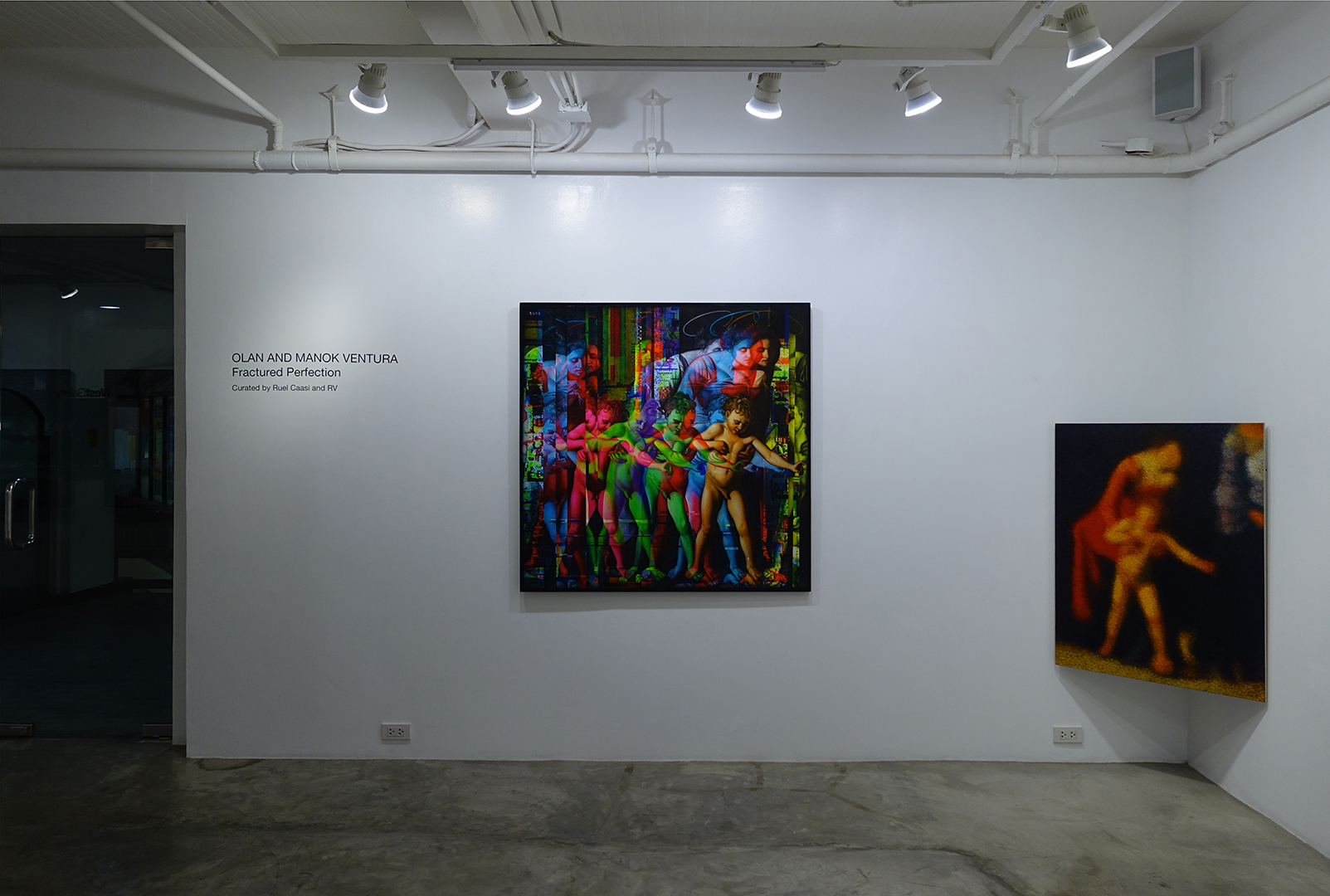 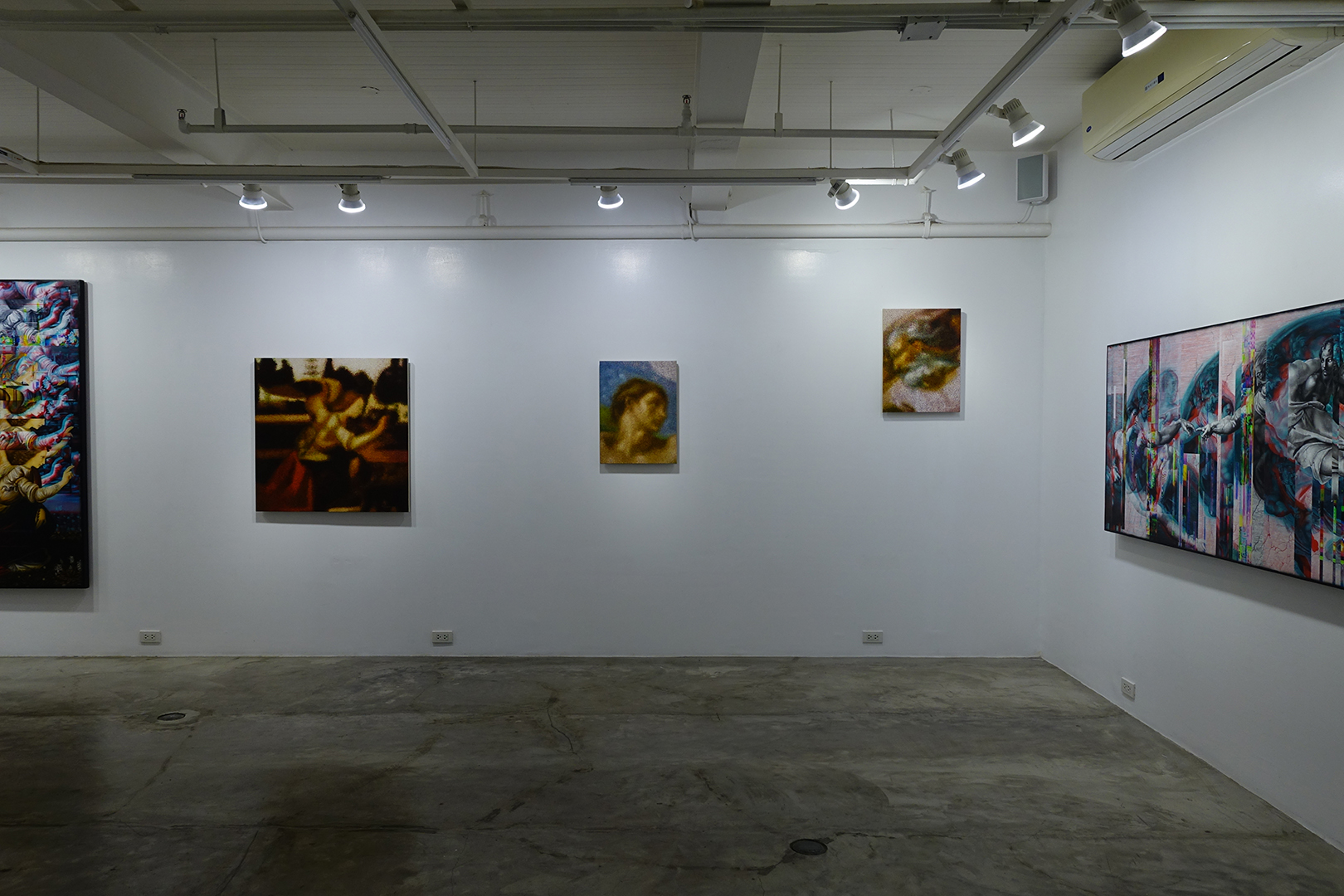 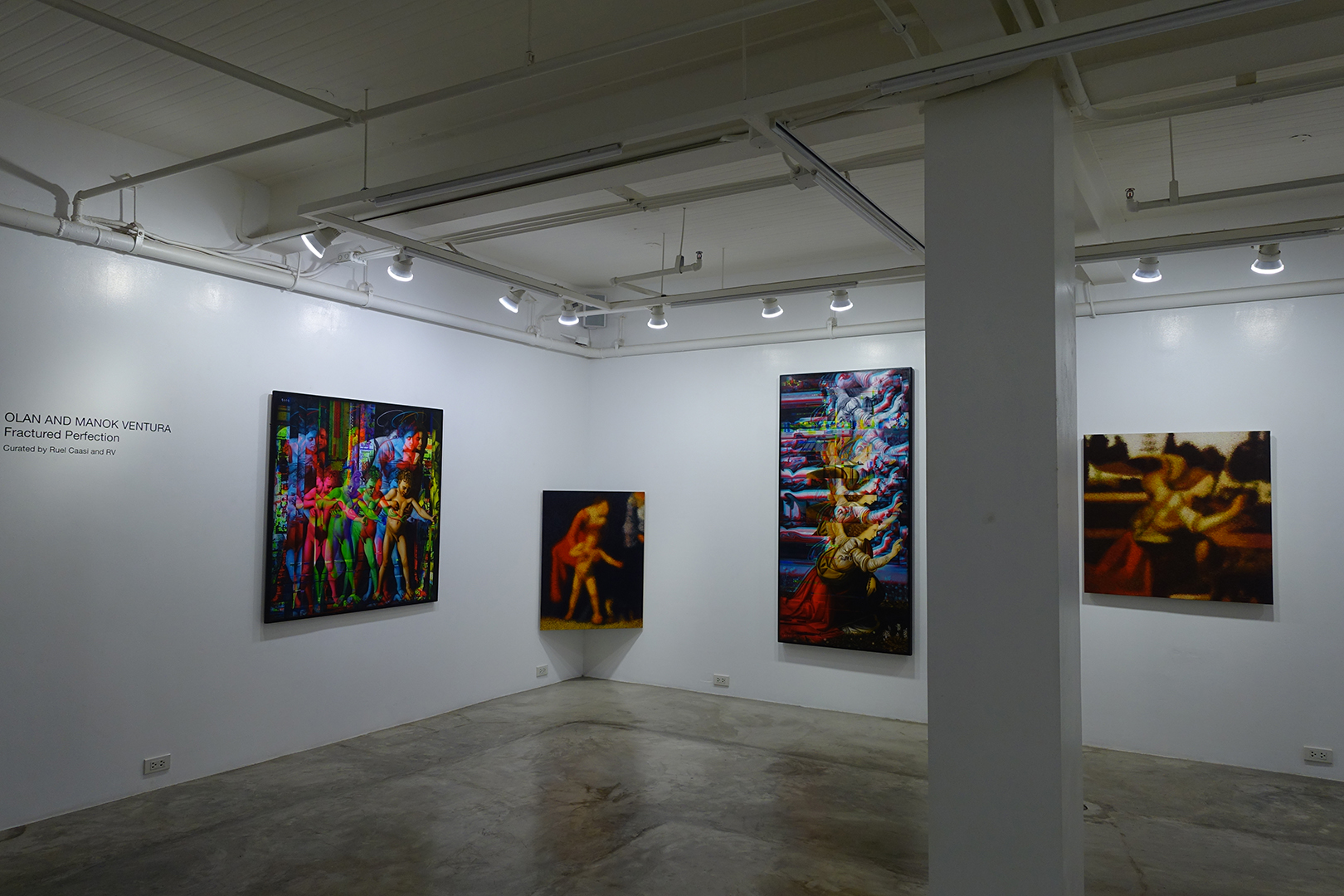