Excavations from the Shanidar Cave in Northern Iraq in the 1950s by the team of American archaeologist Dr. Ralph Solecki has revealed from the several burial sites found there that the arrangement and placement of flowers around the dead is humankind’s oldest tribute, the oldest form of memorialization, the oldest act of mourning, deeming as well the subject of human burial as the world’s oldest form of religious activity. Further, soil samples from these dug graves, upon closer study by French paleobotanist Arlette Leroi-Gourhan, showed at least 8 species of wild flowers from found pollens and flower arrangements, leading her to conclude that someone from 62,000 years ago had roamed the mountainside in the mournful task of collecting flowers for the funeral tribute. Whether this was done as motivated by the protocols of a ritual or from the practical function of hiding the stench of decomposition of a dead body, these no doubt provided for a means to convey what was inexpressible for such loss, seeding man’s capacity for sentiment and symbolic language, or the first footfalls into sublimating the vicissitudes of mortality. As a flower is cut from its stem, its life is hastened, picked at the peak of its blooming, it foreshadows its inevitable demise, reverberating in this allegorical pageantry the transitory cycle of existence, none more eerily evinced in the juxtaposition of the abject body with the object of beauty, the putrid and the pulchritude.

In Elaine’s hands, these floral arrangements are painted so with robustness, each furrow, each spindly stem, each rumpled petal so fleshed out, bearing the weight of their plodding slide to withering expiration. Painted in the stilted median of past their prime and their slow crawl to their shriveling shell, these articles of tribute, are equally memorialized, or are they rather painted to placate as the more lasting offering for the unknown departed for whom these flowers were originally meant for? Or is their transformation into painted pictures allegories themselves as to how we perceive and respond to nature and the conception of art itself? That to show the limits of things as idealized forms only then can we grasp at the abstractness of phenomena such as tragedy, beauty, awe, wonder, and all other unquantifiable portents of consciousness. 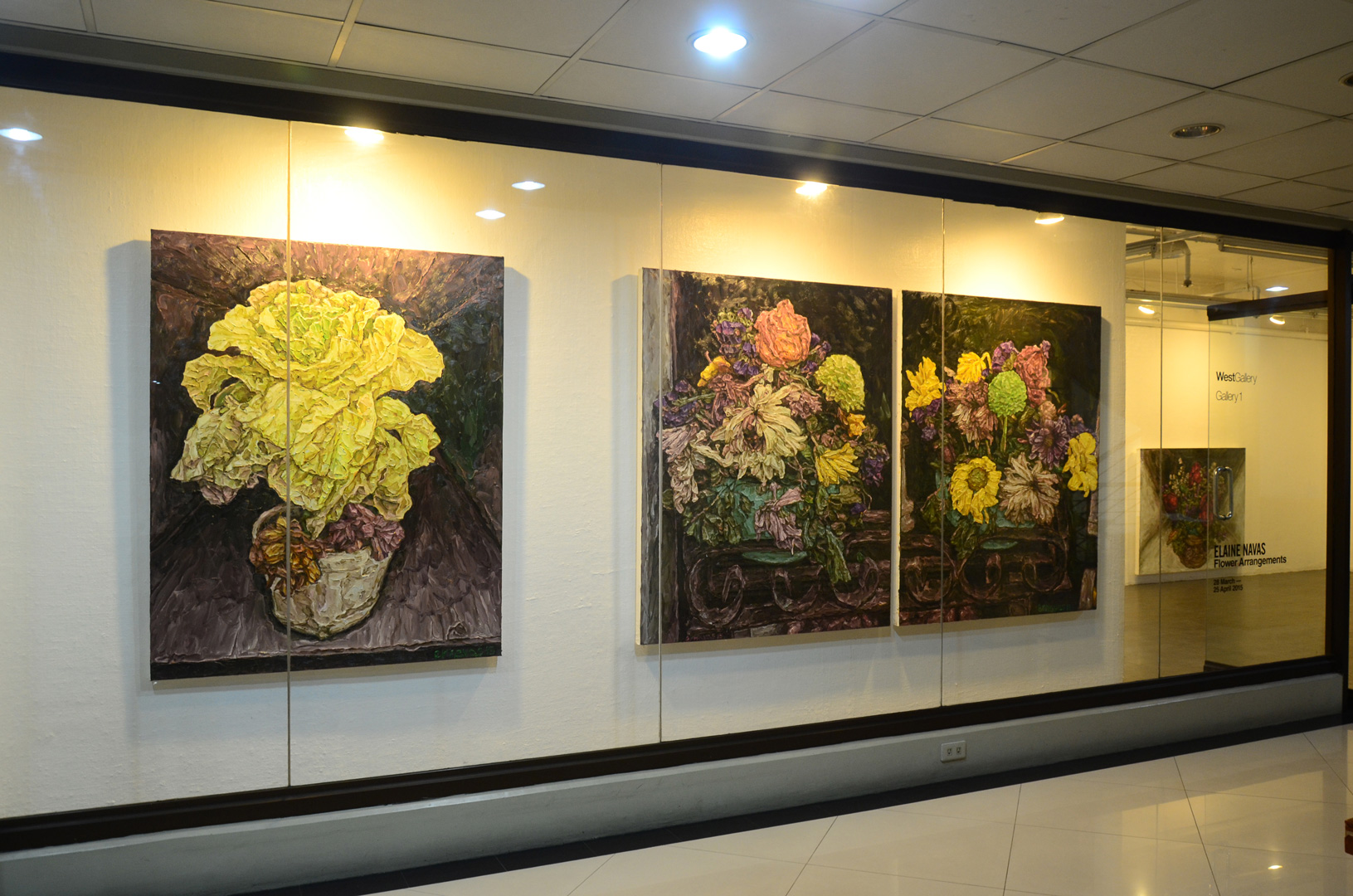 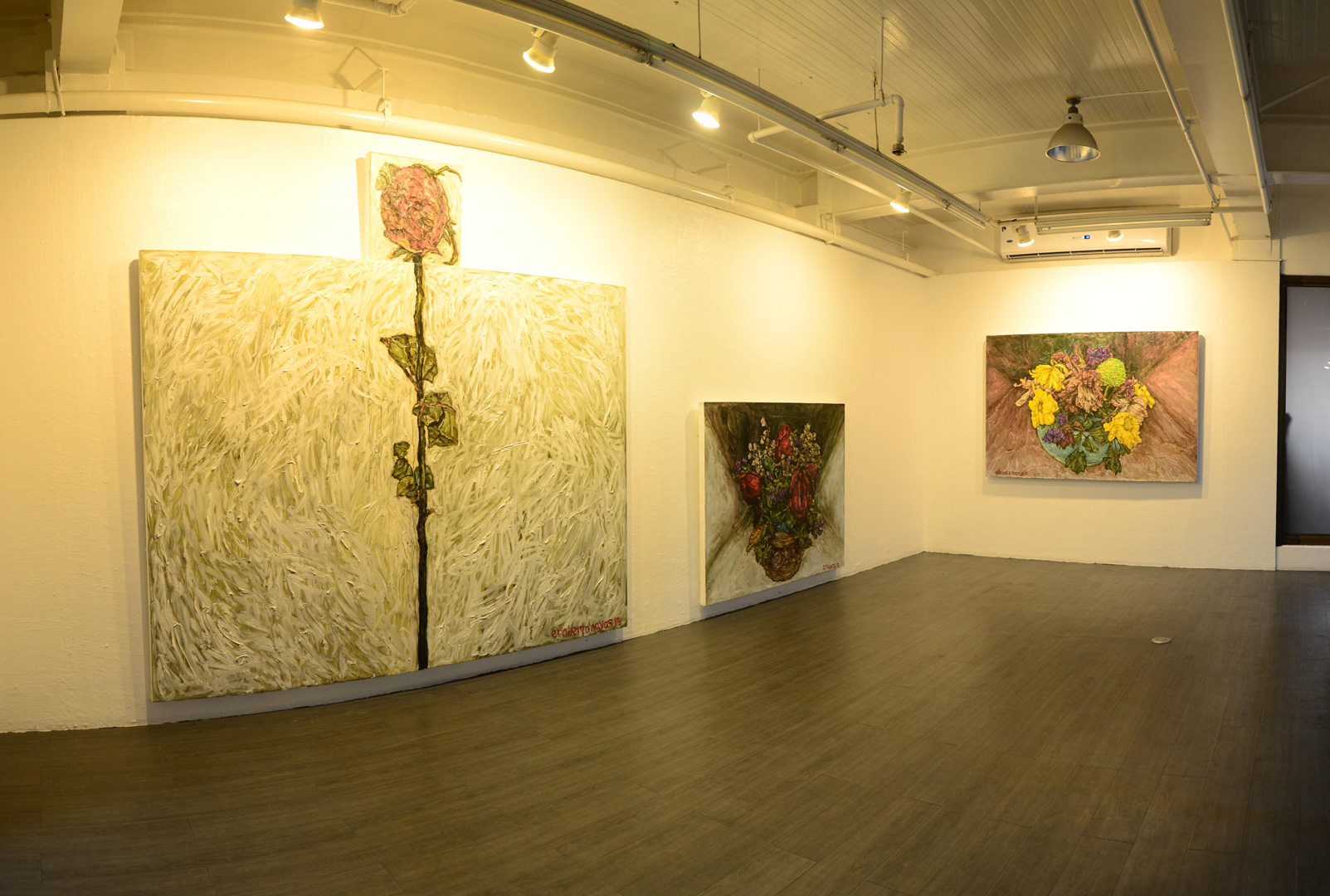