End of the Spectrum

End of the Spectrum gathers new work by artists Allan Balisi, Bjorn Calleja, Jonathan Ching, Don Dalmacio, Paolo Icasas, Jonathan Olazo, Soler Santos, and Art Tavera, circling around the color red. Like most other colors, the range of hue and tone within red is vast, but it could be said that there is no other color that possesses such potent fire and depth of active feeling as this one. Red carries around with it heavy symbolic meanings, and is embroiled in a wide sea of feelings — each different, but all of them powerful.

For this exhibit, Bjorn Calleja’s eerie seated portrait, animated and goulish all at once, hangs alongside Art Tavera’s cool-toned geographic diagram and Jonathan Ching’s rendition of the ubiquitous red-and-white striped plastic bag: a daily sight in the metropolis and in provinces beyond, instantaneous in eliciting nostalgia and thoughts of home. Paolo Icasas’ work calls to mind Michelangelo’s Pieta, scattered with red tones — blood, sacrifice, love — imbued with heavy meaning. Allan Balisi’s portrait of a man caught in action wavers not too far from his usual fare, though the variation in color holds the mood and feeling in a different way. Through a series of small works, Jonathan Olazo explores variations on a theme, whilst Don Dalmacio’s pivot to red’s complement, green, approaches it in a direct opposition. In Soler Santos’ painting, the red is a highlight, a centerpiece, the main character.

This collection of new work brings together these disparate visions, hurtling towards the end of the visible spectrum. 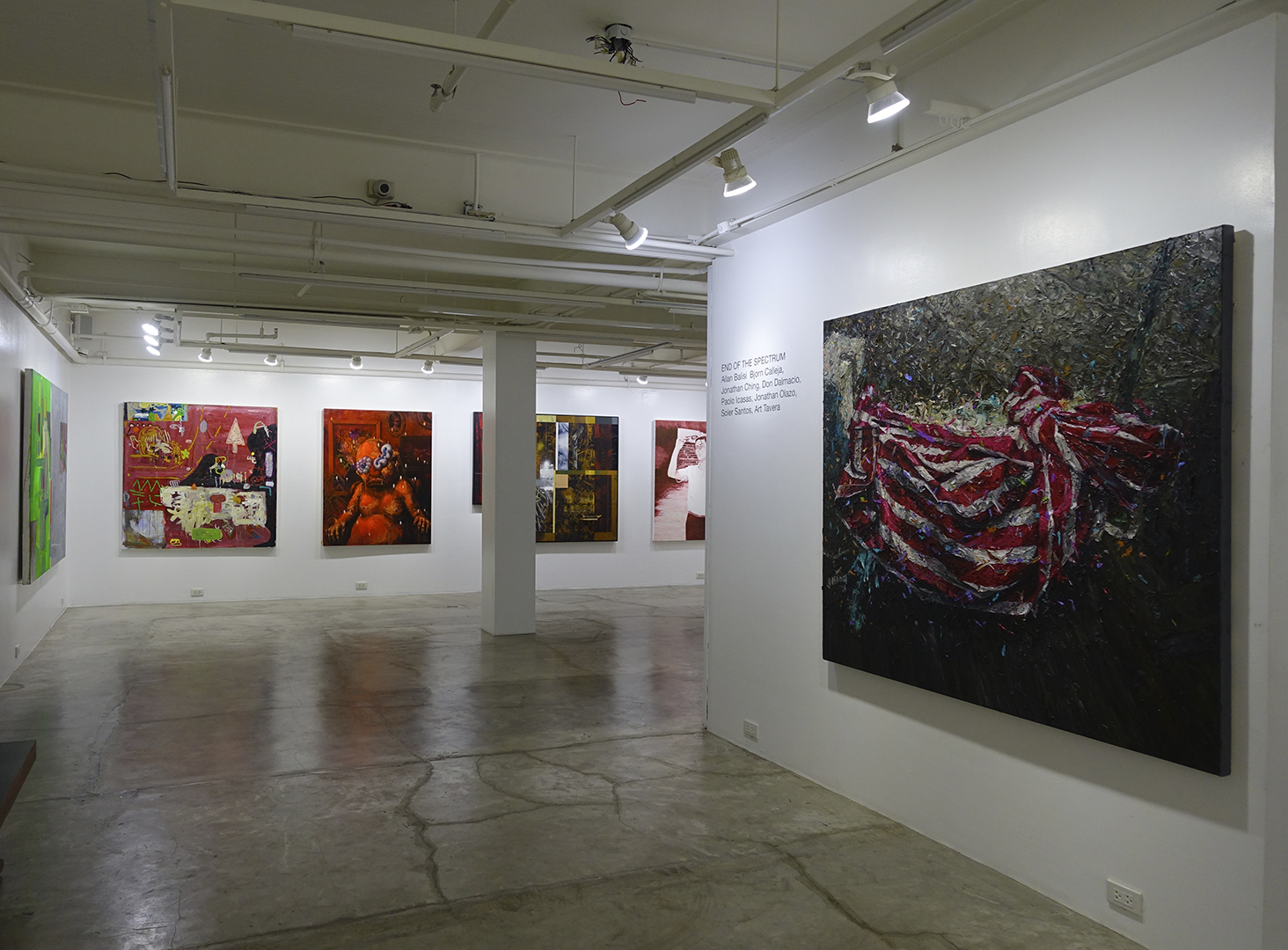 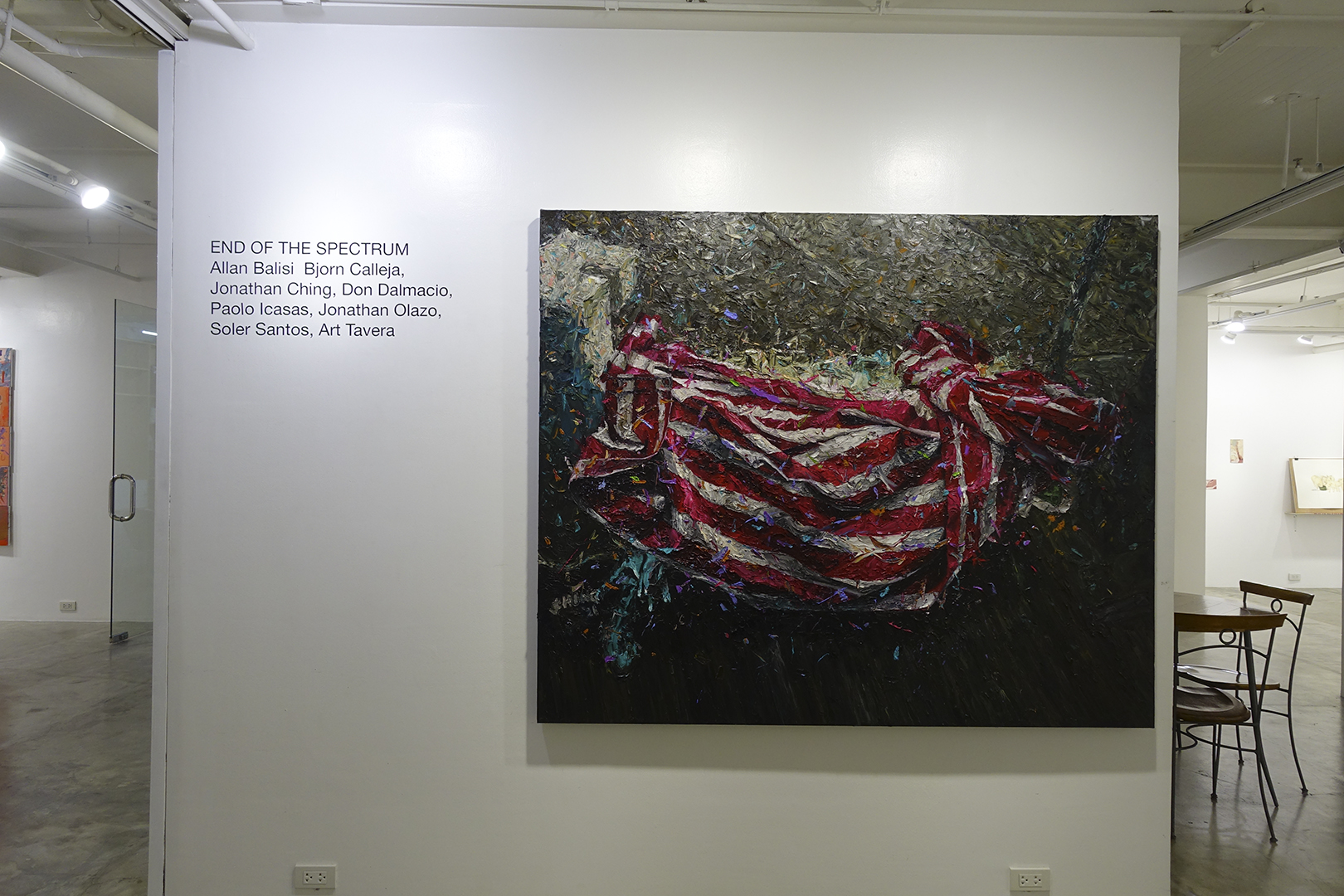 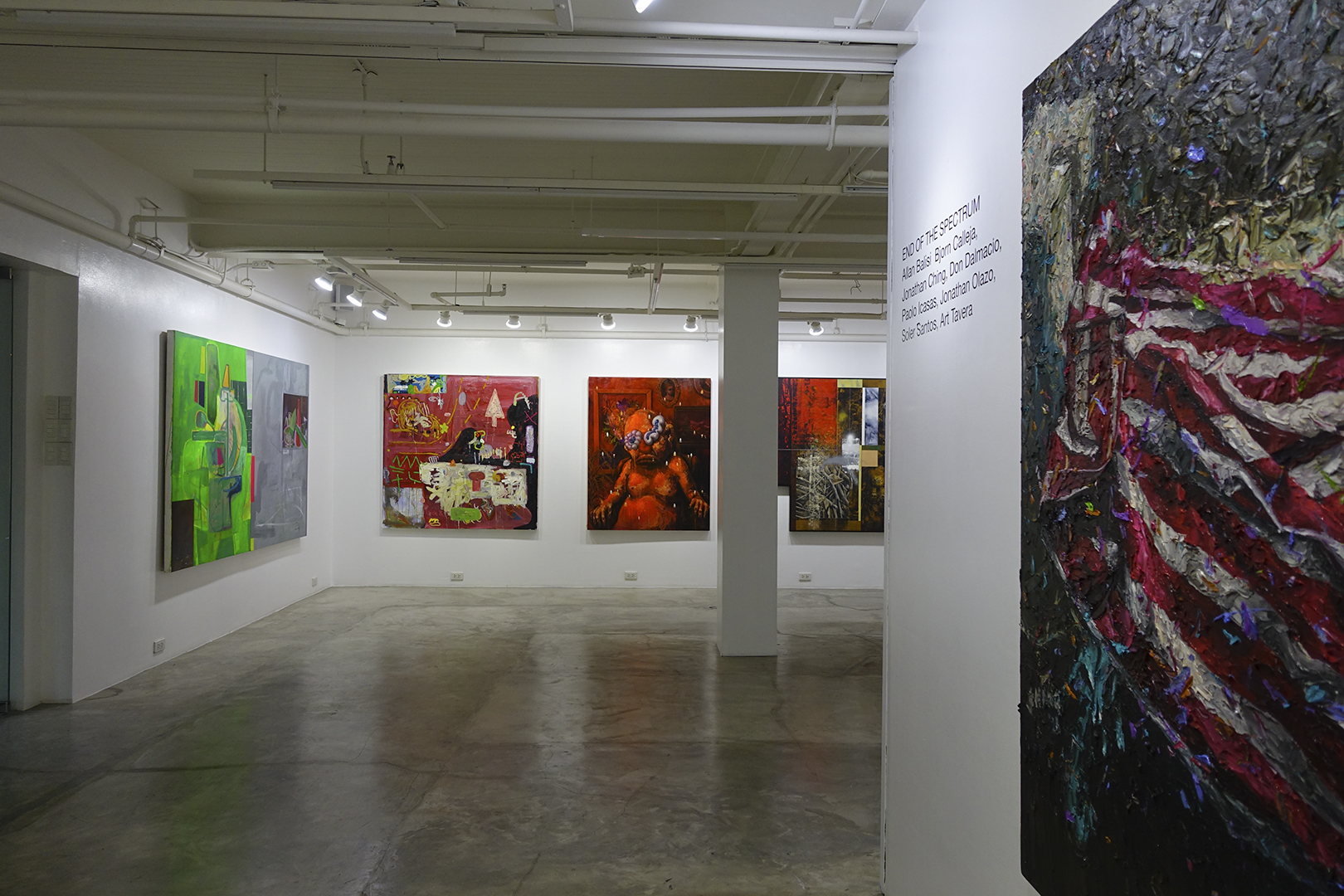 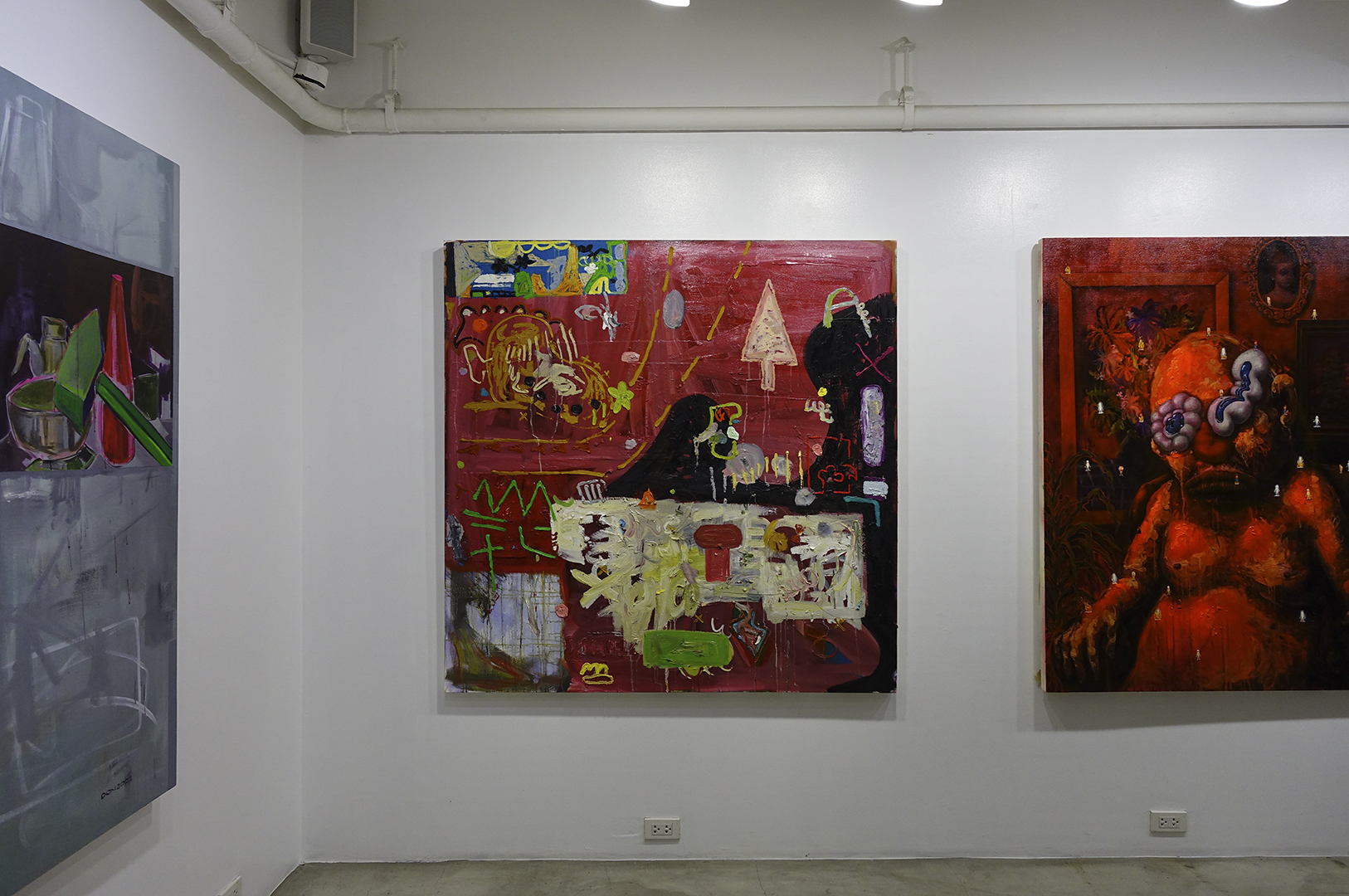 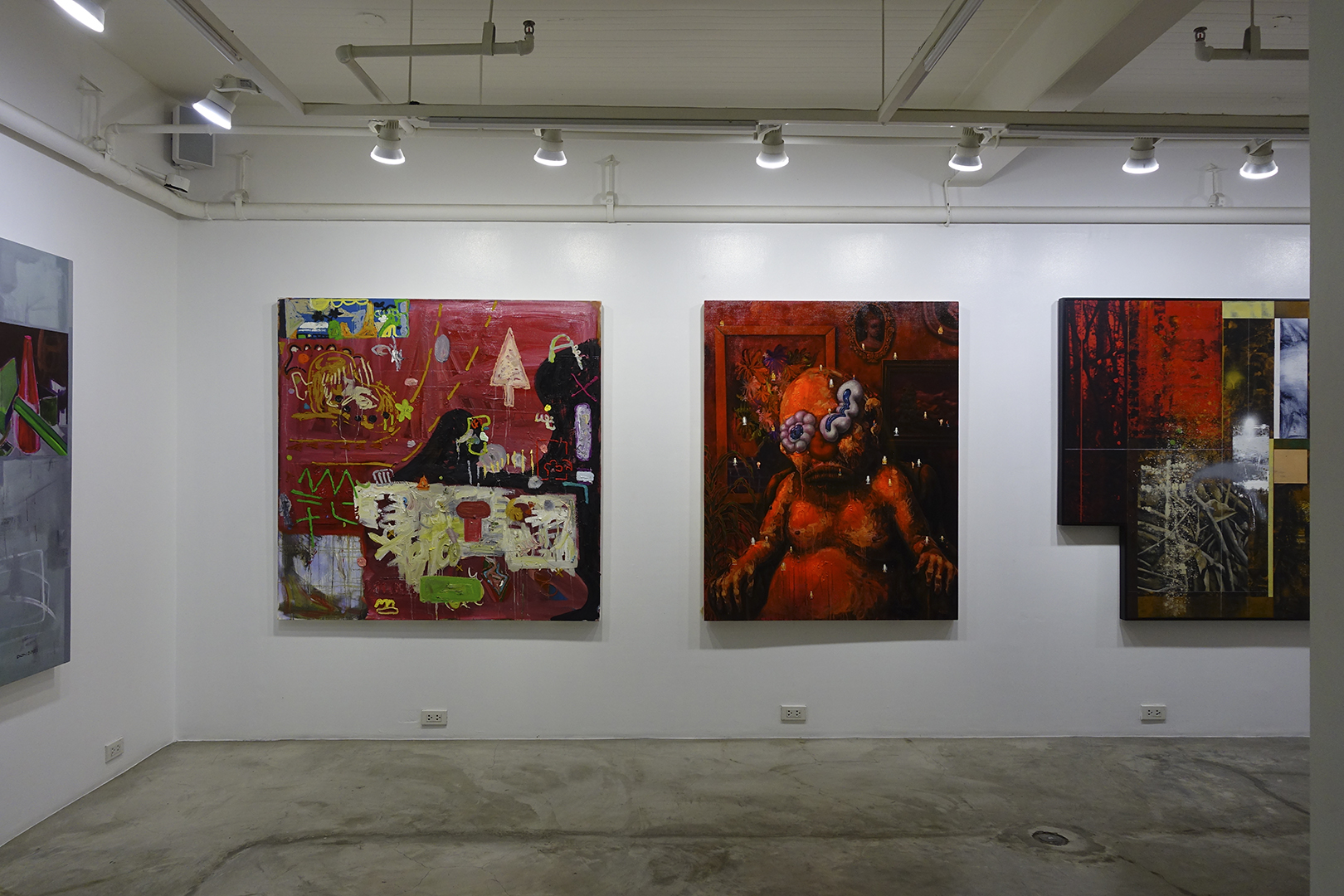 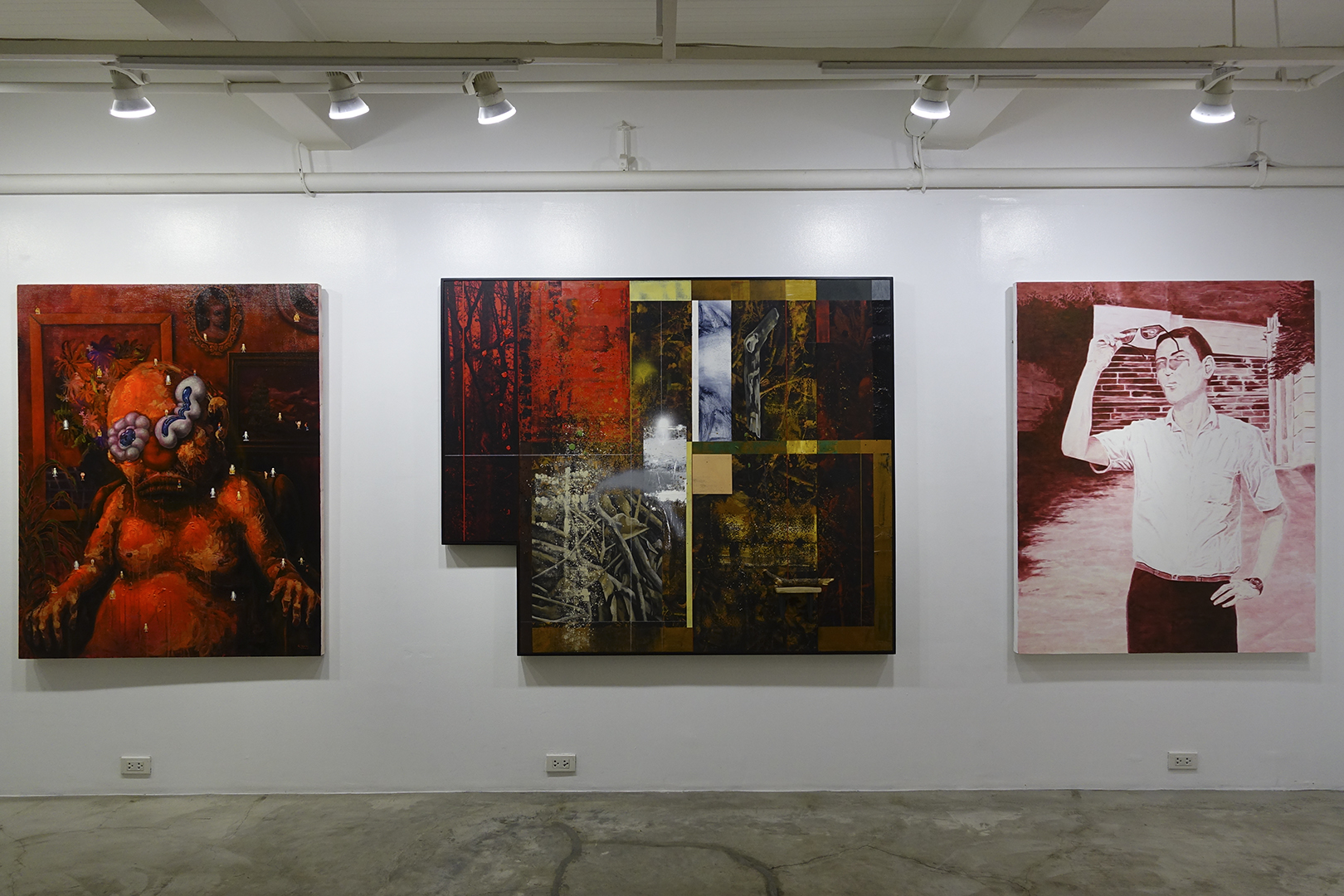 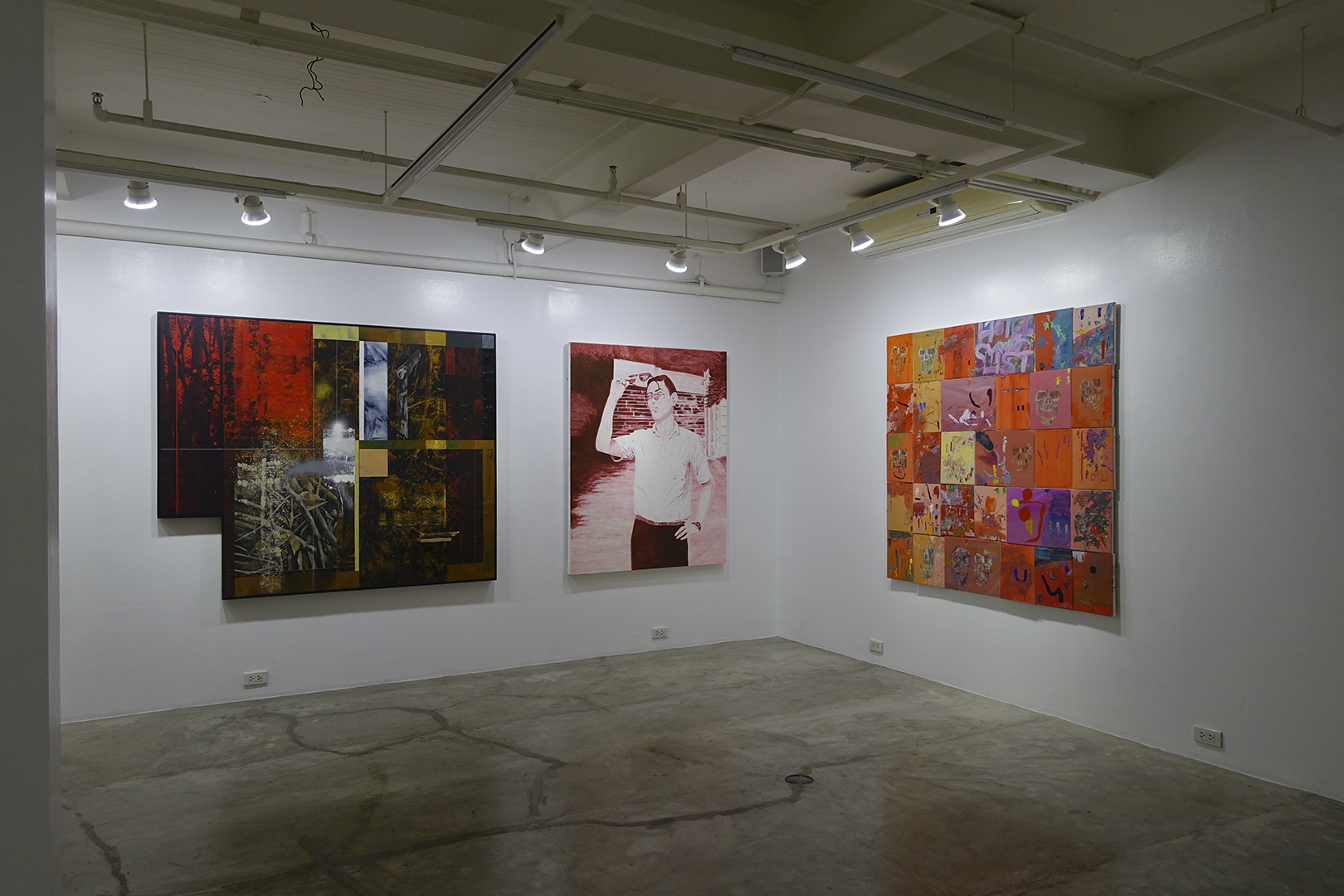 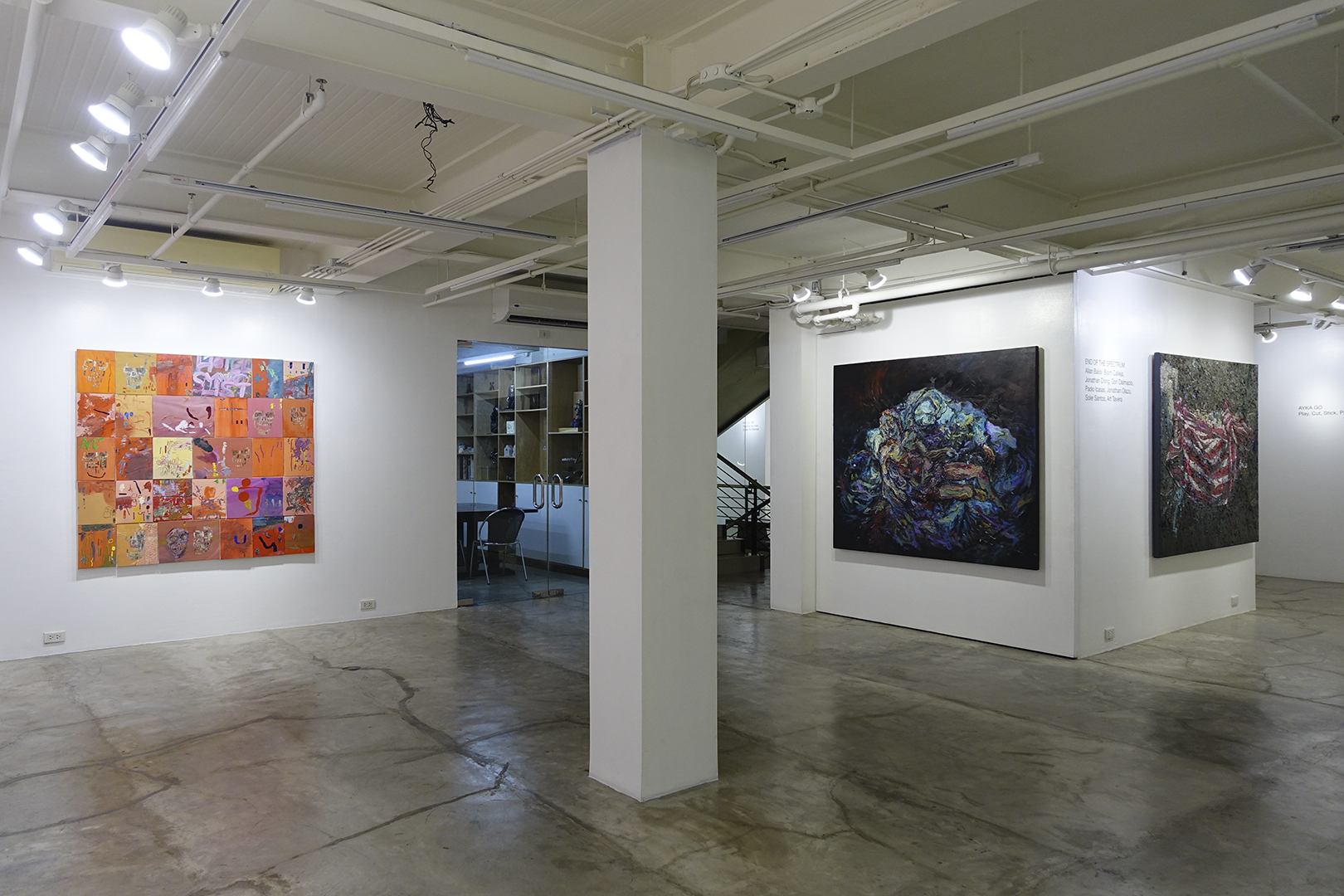 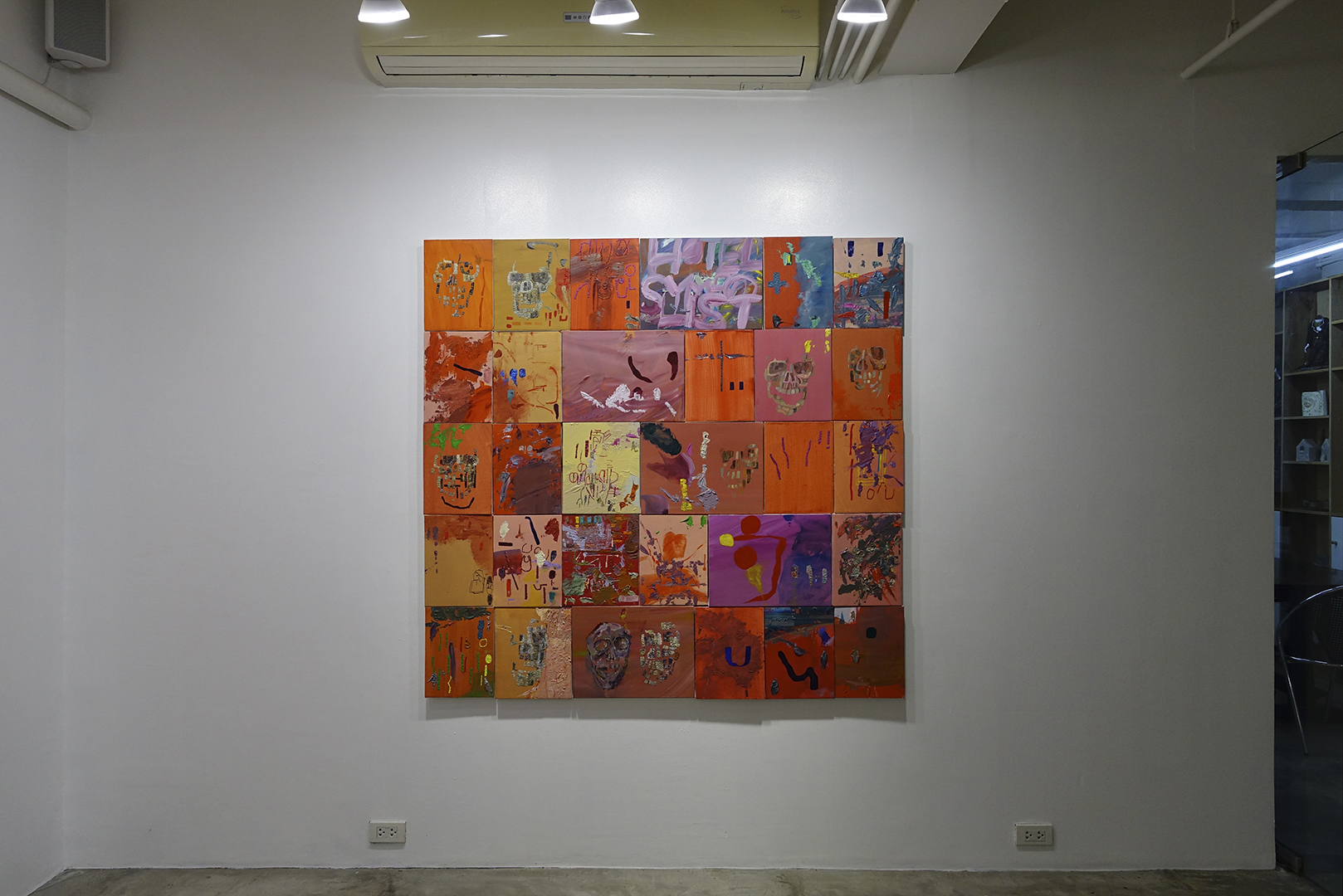 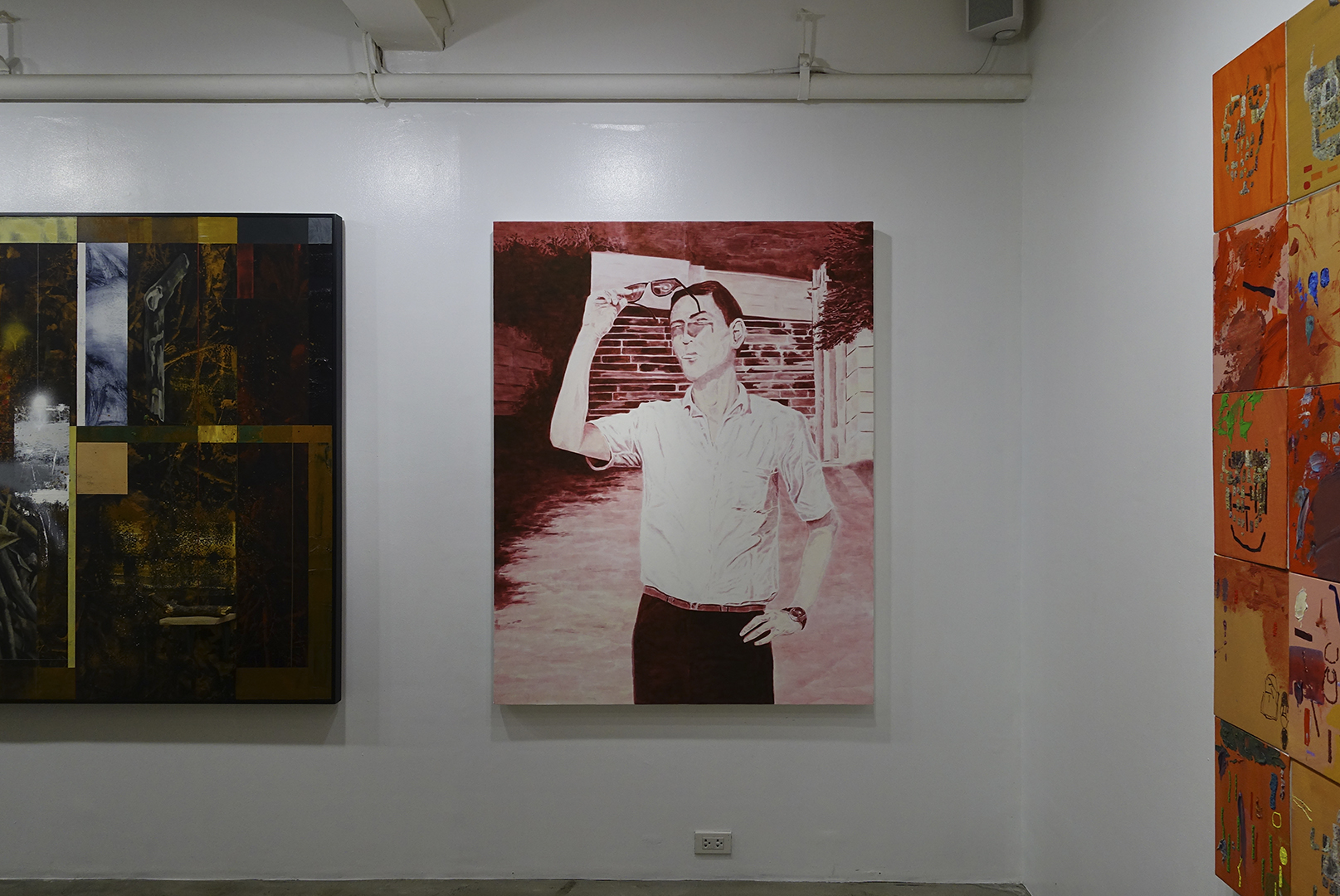 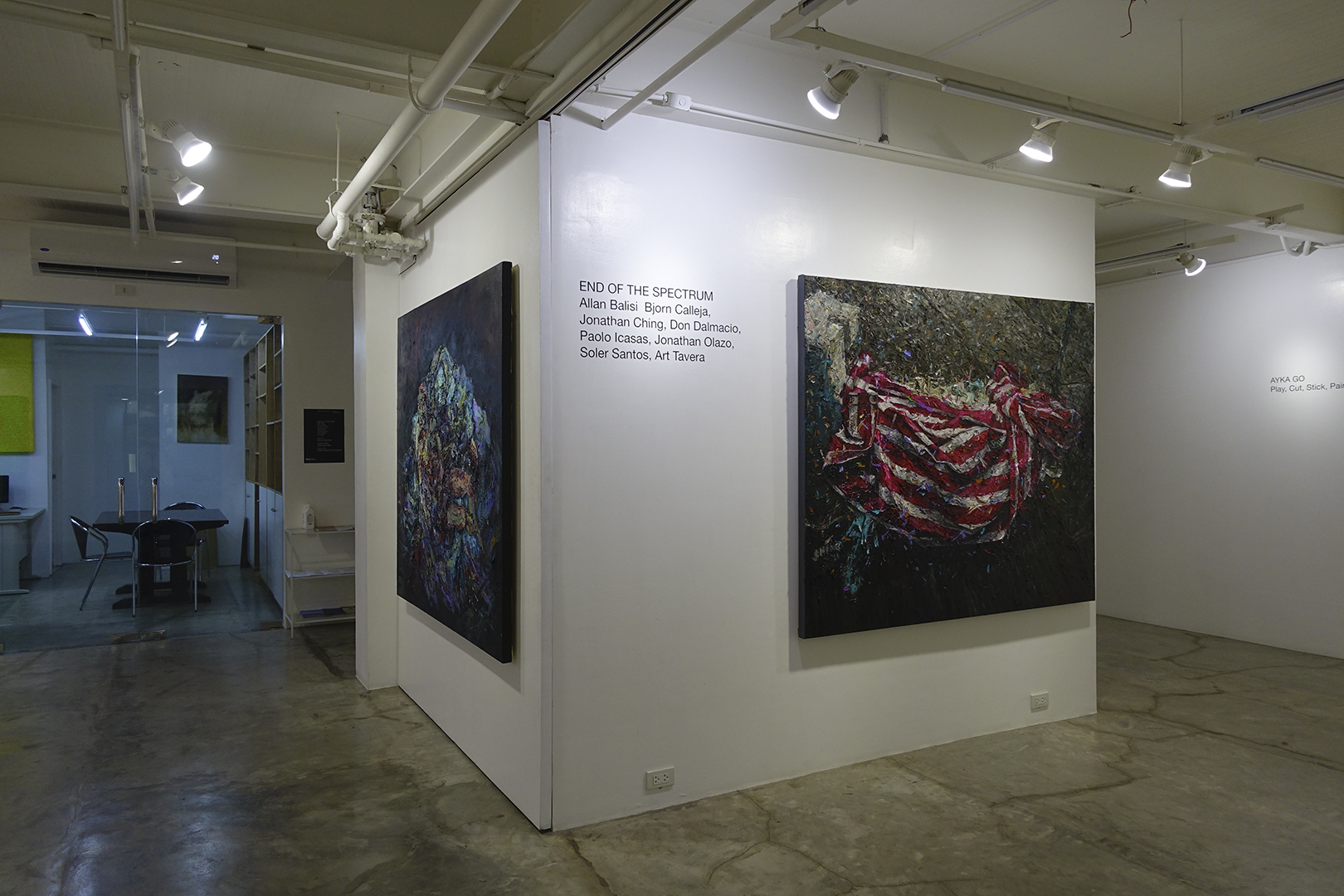 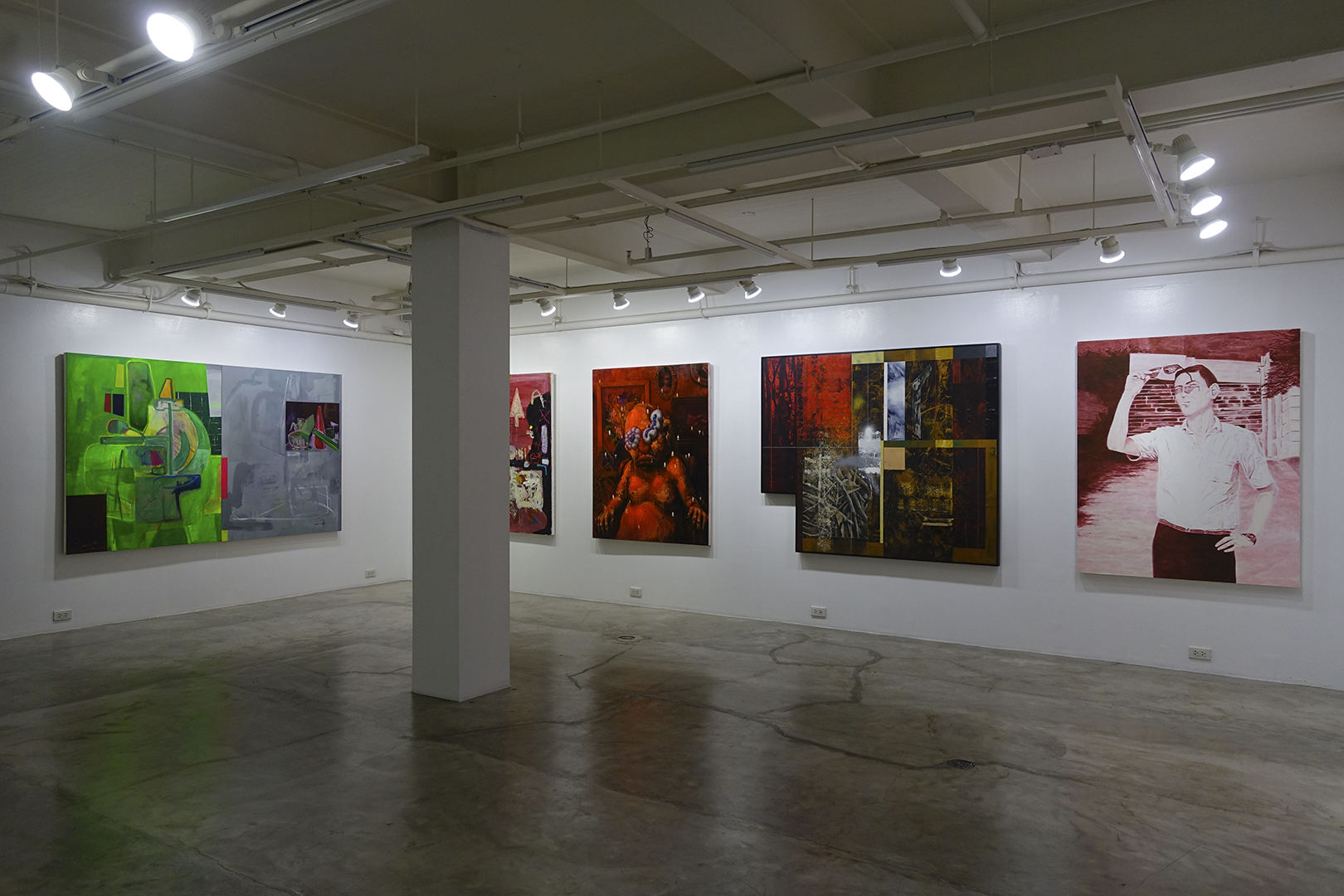 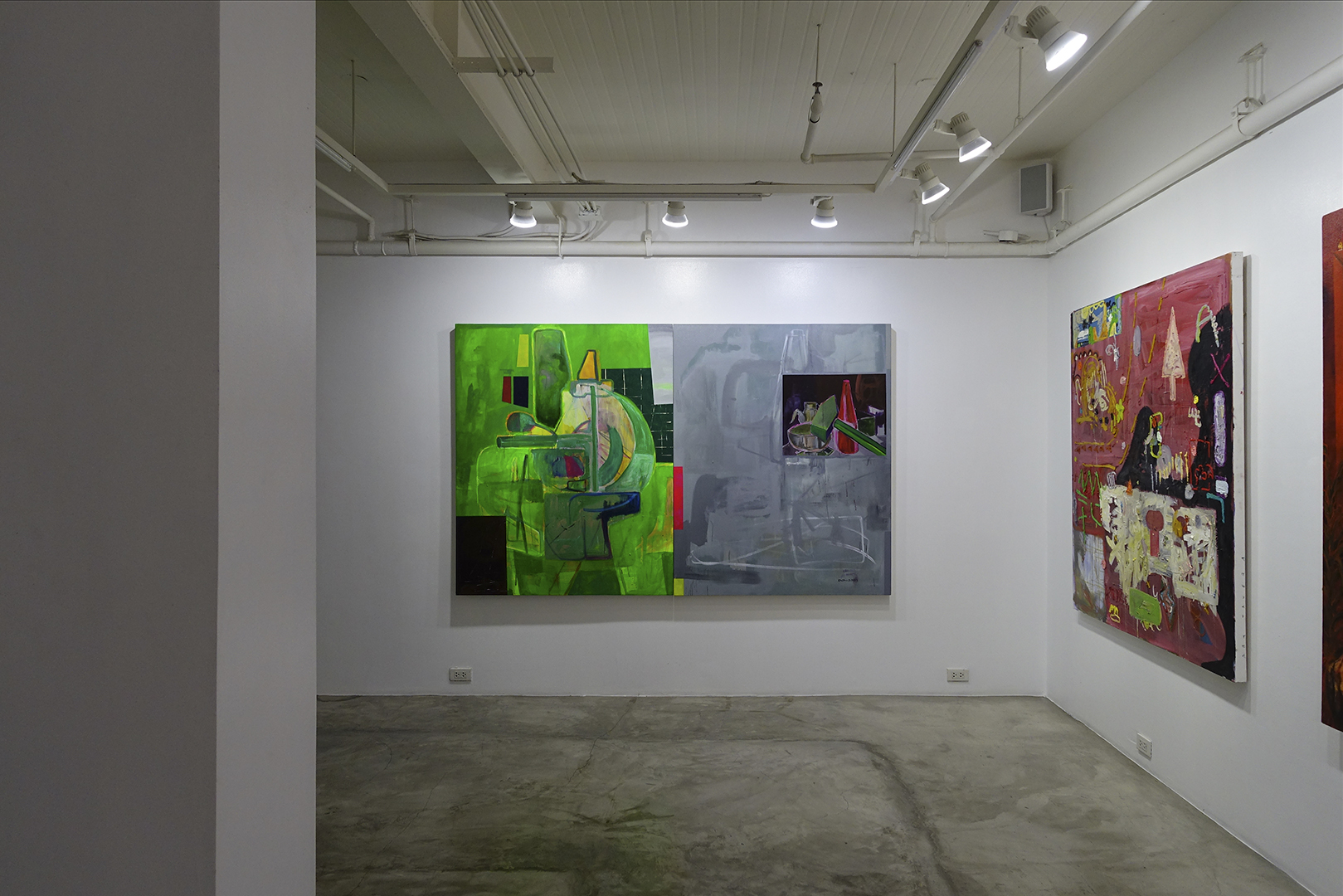 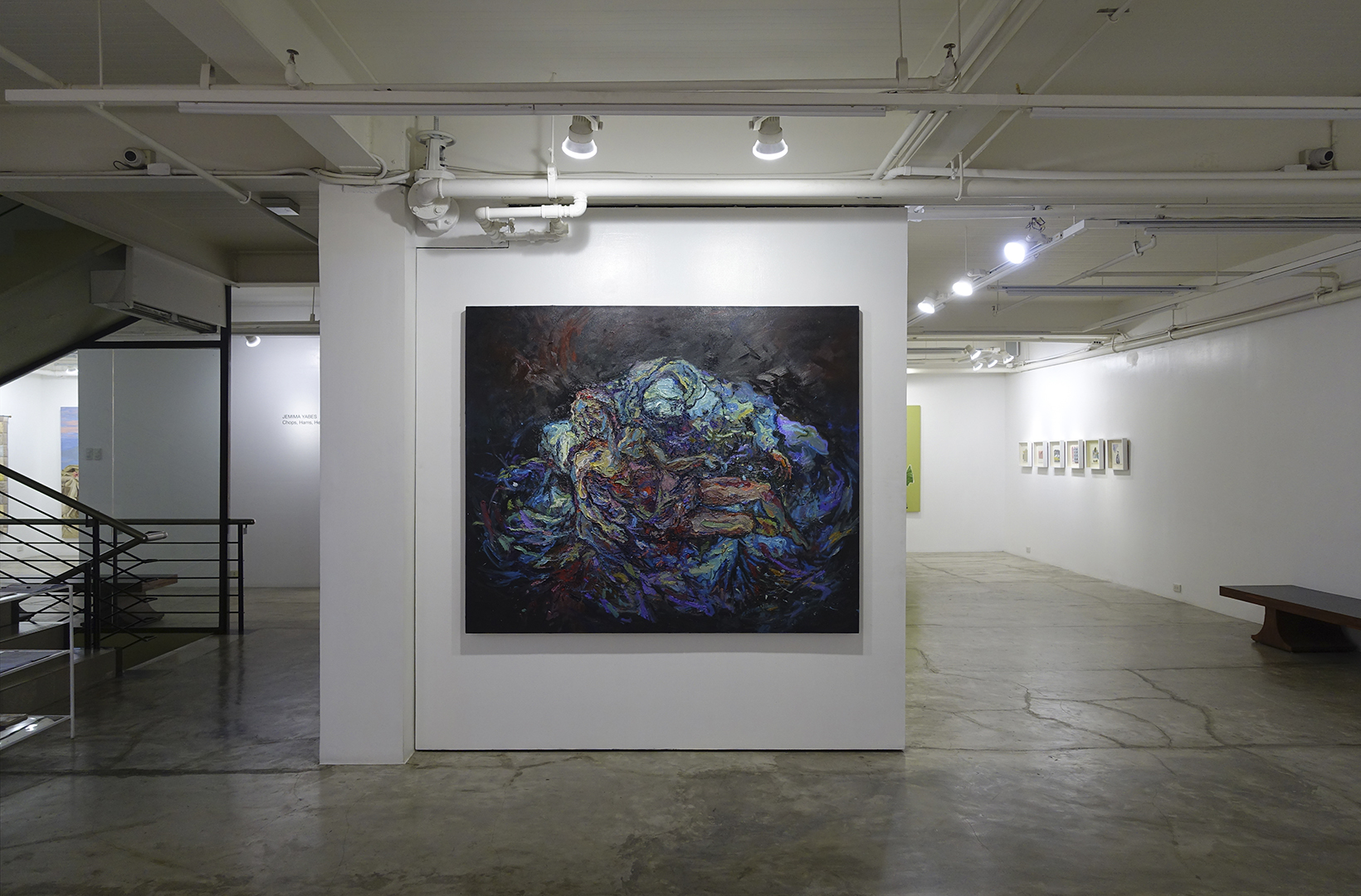 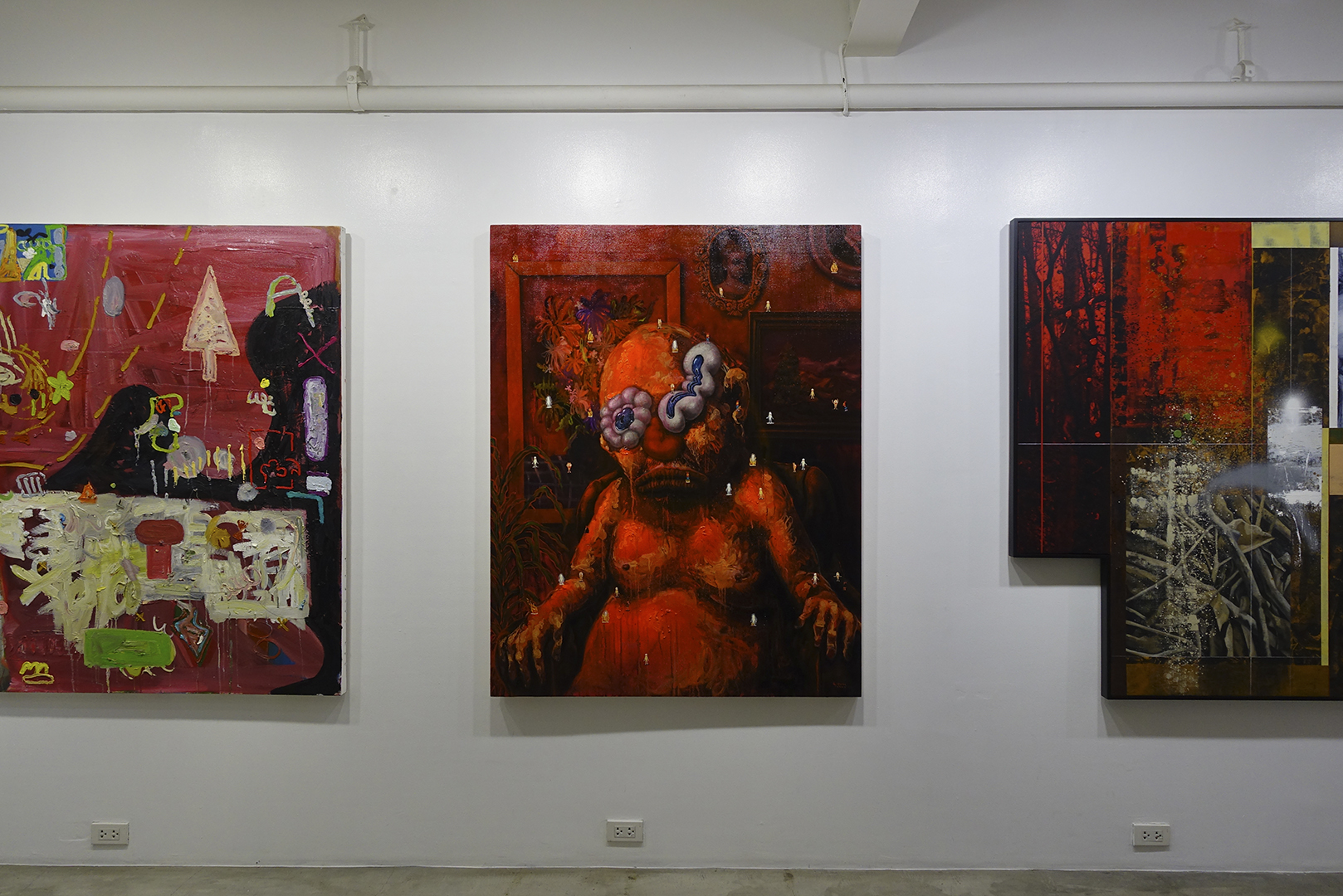 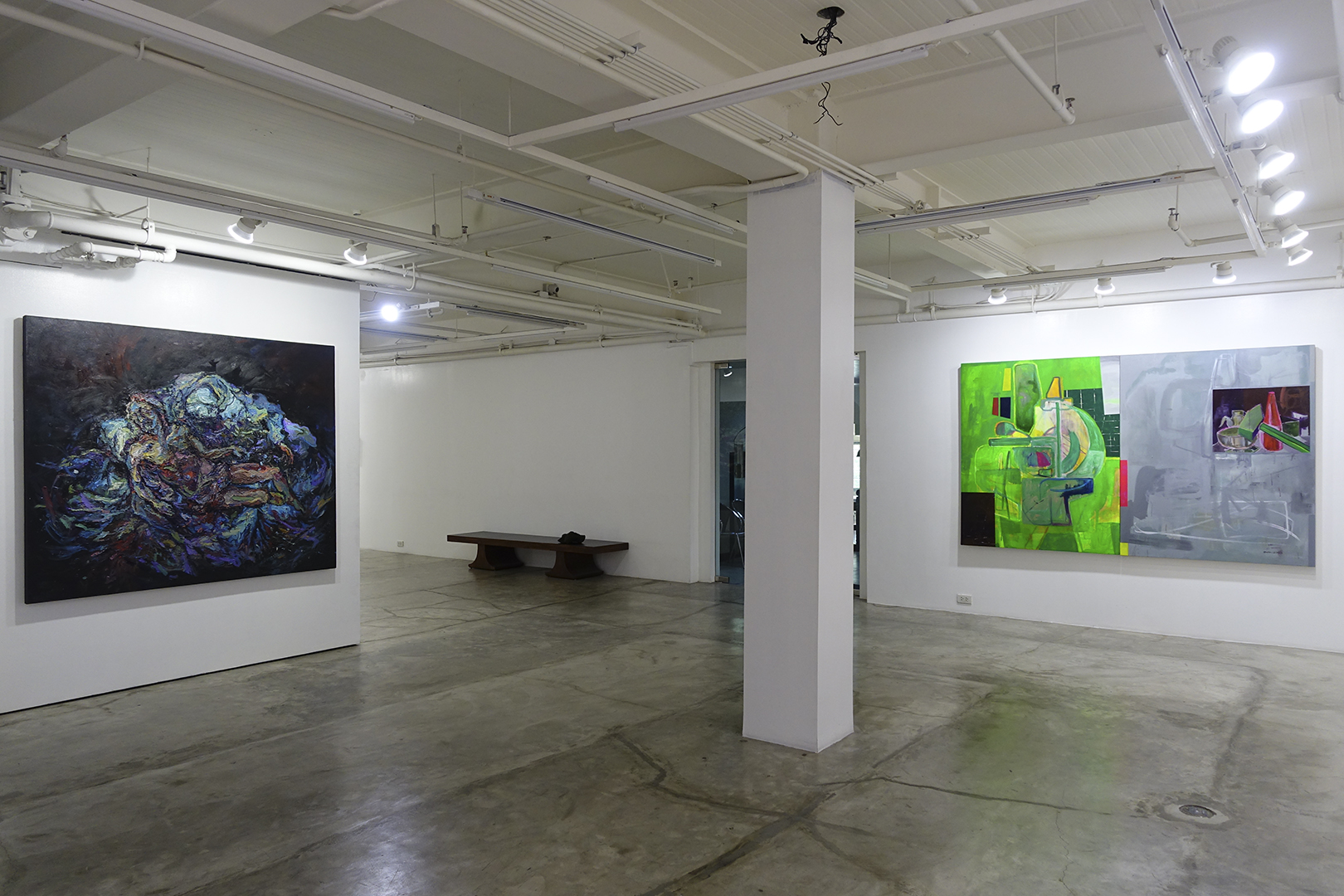