Artists Bree Jonson and Jason Montinola come up with their own visual vocabulary in Dystera, their latest collaboration at West Gallery. The word “dystera” itself does not exist, and is used here to describe a widespread phenomenon in which “dys” means “ill/bad” and “tera” is extracted from the word “hysteria,” whose root word is hystera, meaning “womb”. Combining both connotations, Jonson and Montinola define “dystera” as “bad womb”.

So, how was the idea conceived? The womb is the mystical vessel of all life, from which all have been begotten. It is the medium wherein spirits become the living. From the womb comes out a new being, the offspring, as shaped by the parents’ traits.

Jonson is an industrial engineering graduate who likes to portray the sickly conditions of humanity in the form of new breeds of animals in her work, while Montinola, who studied art education, believes his visual language was molded by his interest in the old paintings he saw in encyclopedias growing up. Together, they apply this womb analogy to the way the mind works: As parent is to offspring; and so is thought to action. What one thinks is what one gets; even when one is unaware of actively thinking of steps to attain the want. All the things one actively or passively exposes oneself to affect his/her unconscious mind, which in turn shapes the conscious, until the conscious mind influences one’s thoughts and actions.

In this two-person exhibit, the ‘bad womb’ nurtures the ill thoughts that are born out of ill surrounding stimuli, thoughts of which transform the temperament into something more menacing. The images one sees are as a reflection of ideas that lurk in the minds of both painters. Words, both say, would not suffice to describe what they are exactly.

Objects and characters are juxtaposed, and are made to interact with each other, without first establishing the reason behind such compositions, thus resulting as uniquely intriguing paintings, where mystery drapes like the veil on a virgin bride. 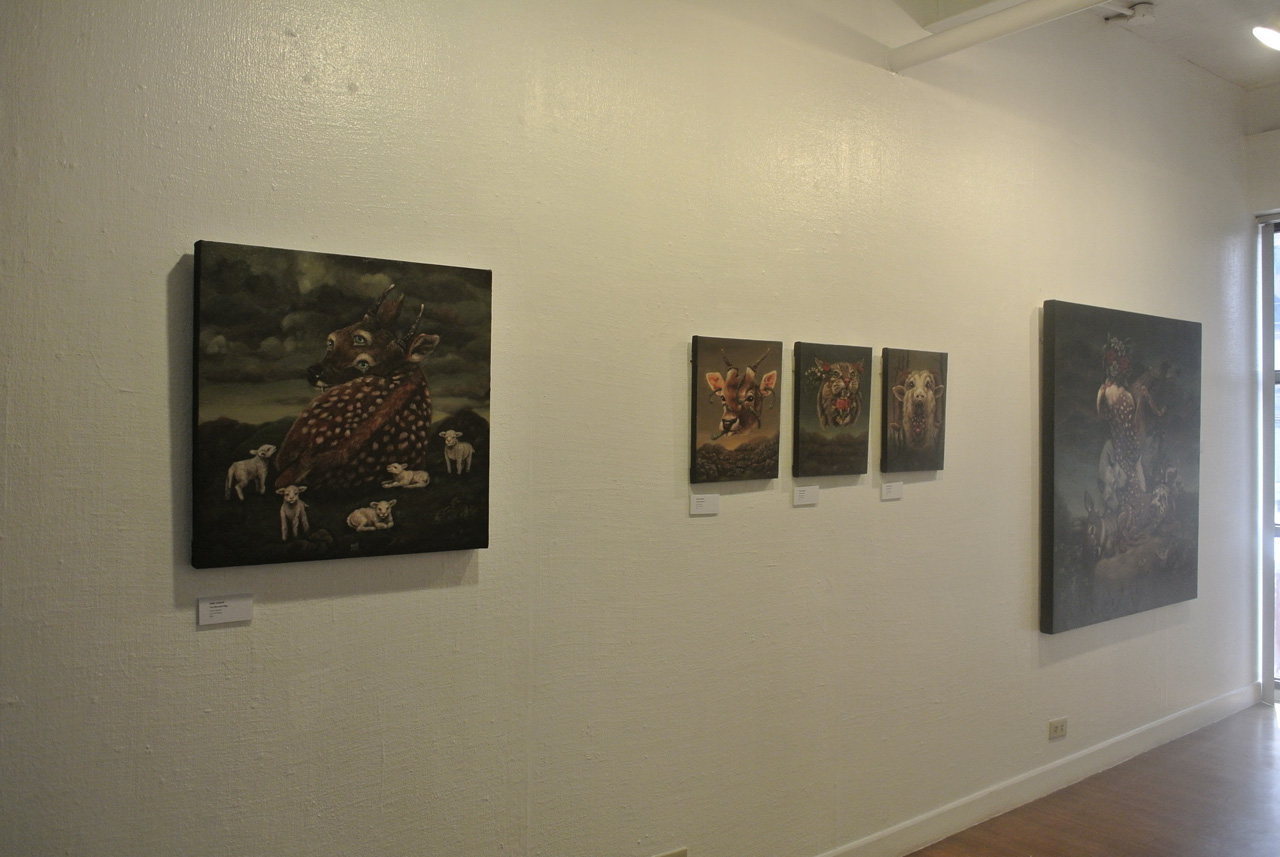 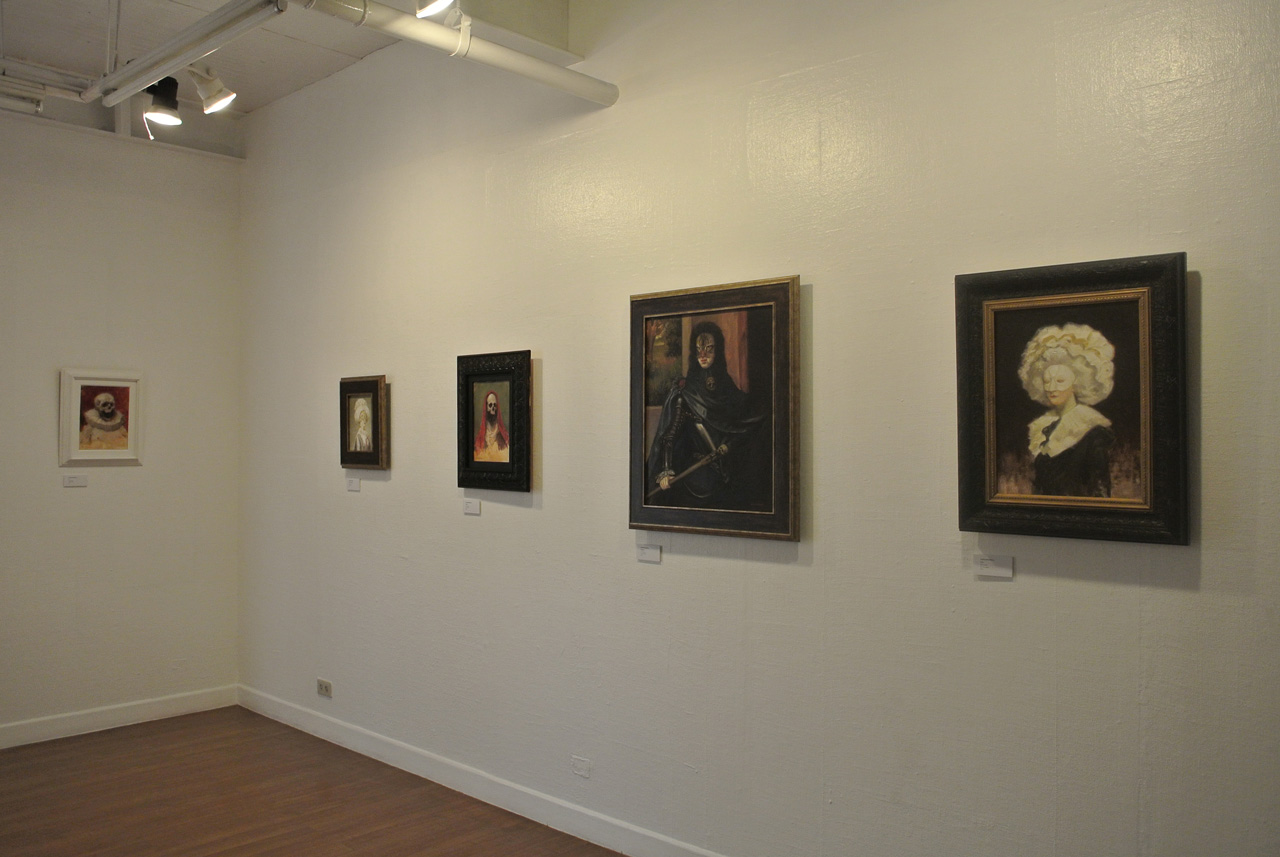 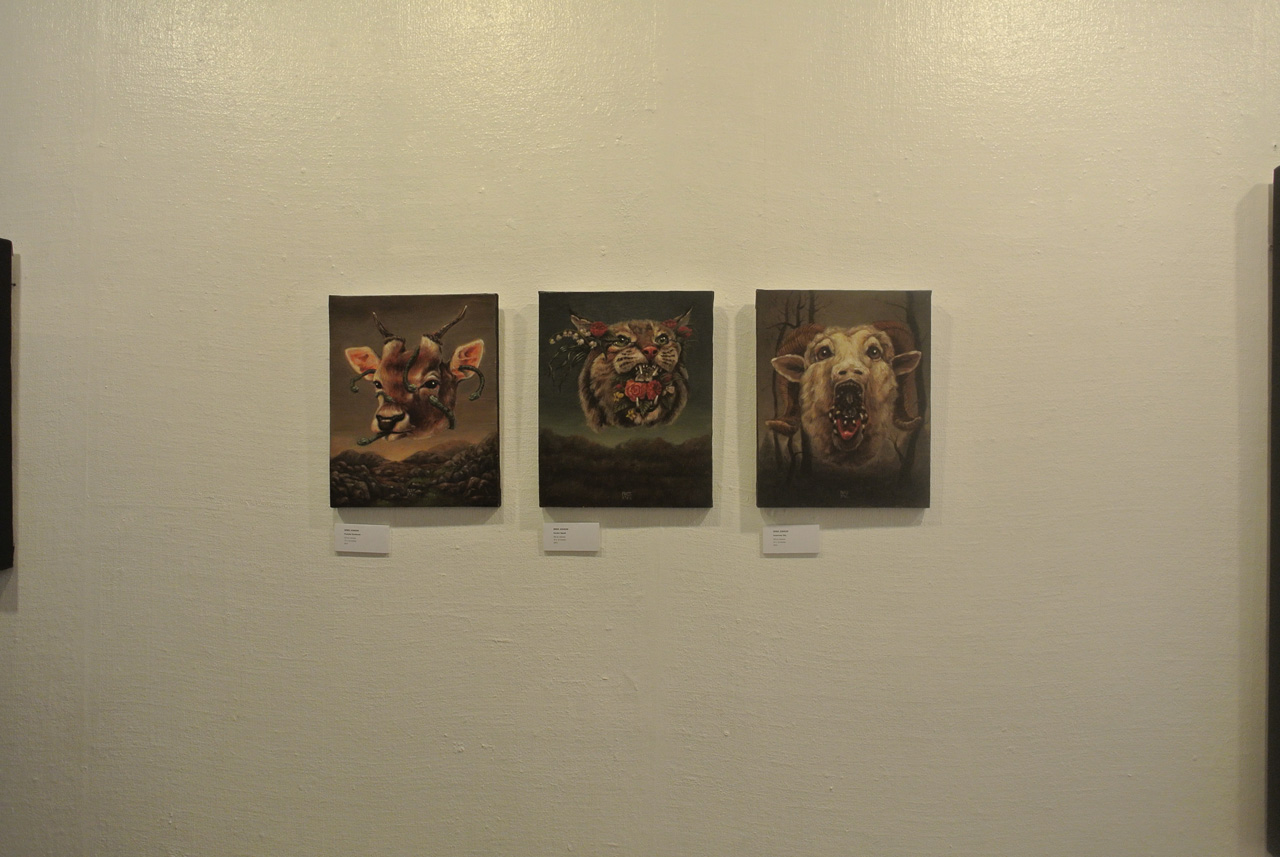 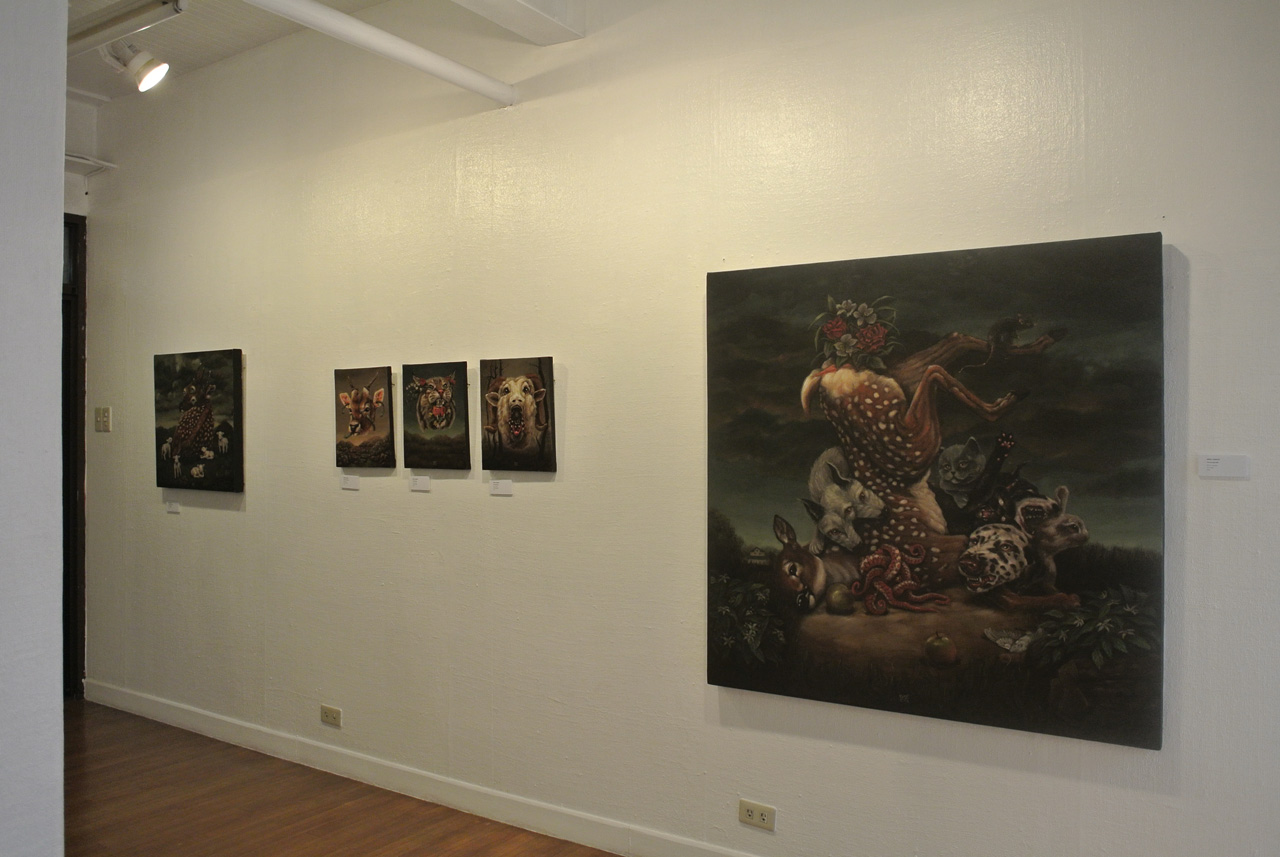 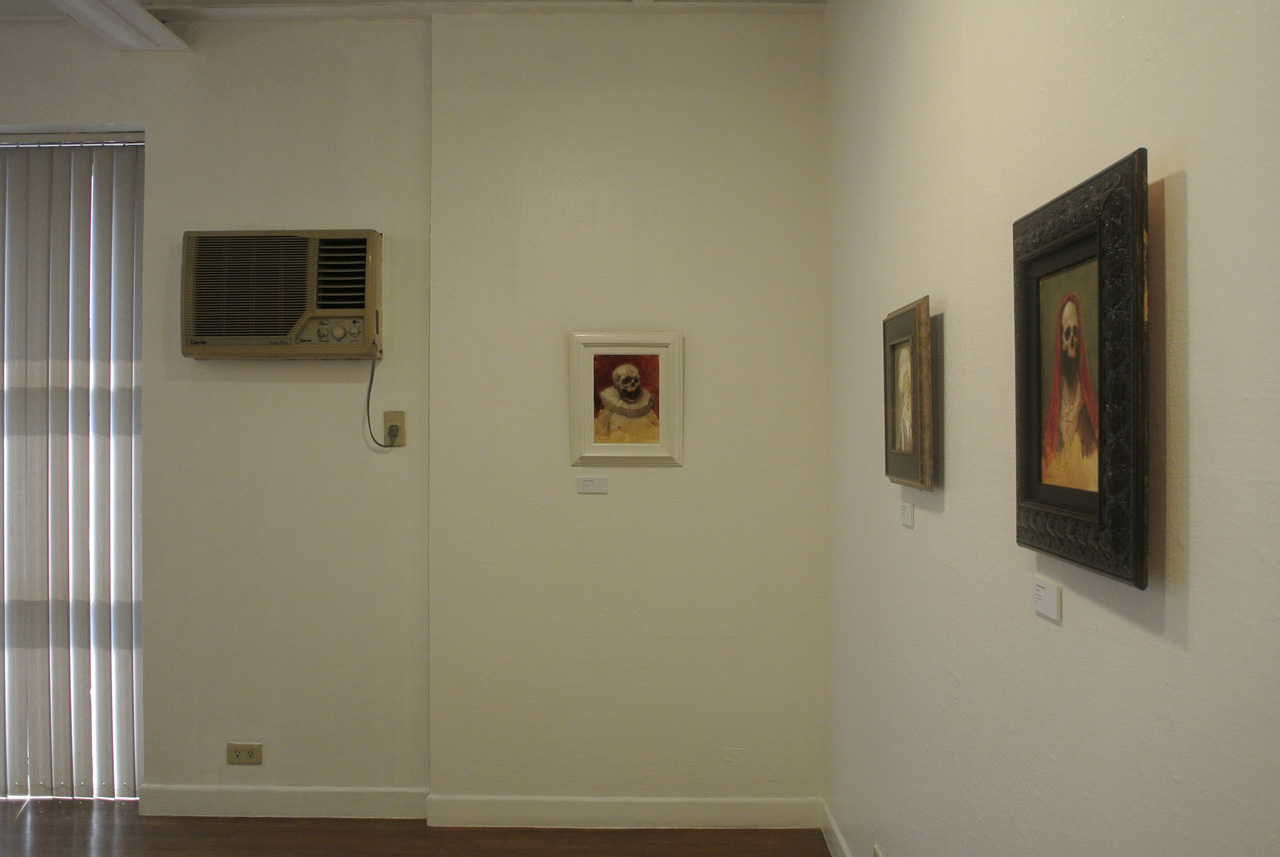